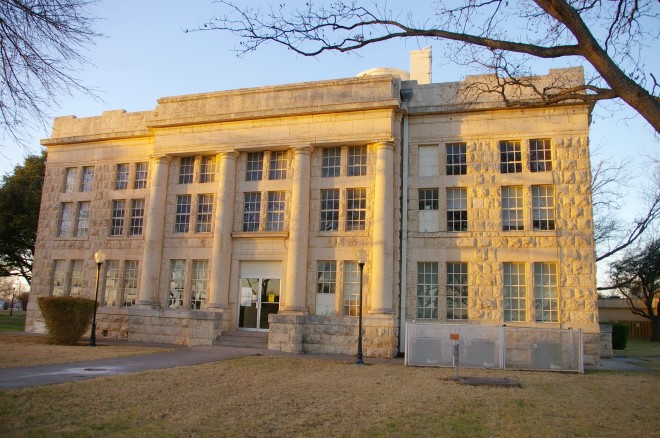 Schleicher County is named for Gustav Schleicher, who was an early engineer and legislator in Texas. 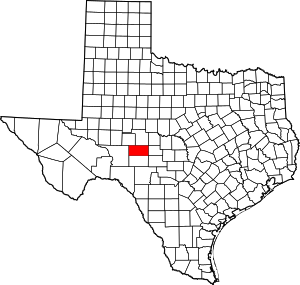 Description:  The building faces southwest and is a three story buff colored native stone and concrete structure. The building is located on spacious landscaped grounds in the center of the city. The southwest and northeast sides have projecting center sections with four half-round giant order Doric columns which support a large entablature at the roof line. The roof line is flat. The courtroom is located on the southeast side of the second story. On the north side of the building is the old two story County Jail.

Note:  The first courthouse was a two story frame structure built in 1902. The buiklding burned in 1917. The second and present courthouse was built with native stone which was obtained from nearby quarries. The cost of construction was $60,000. 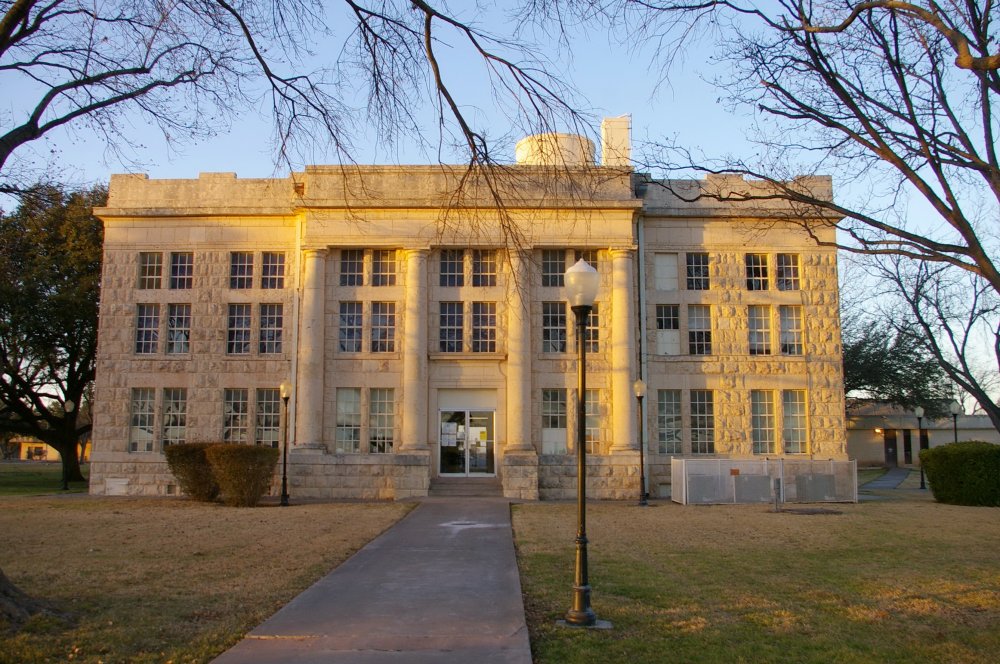 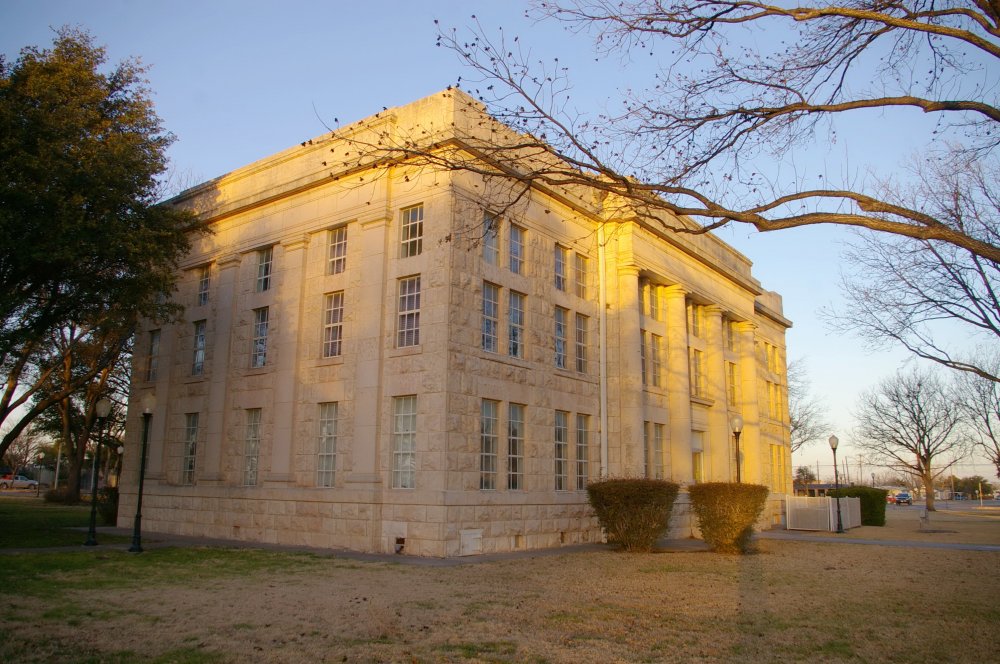 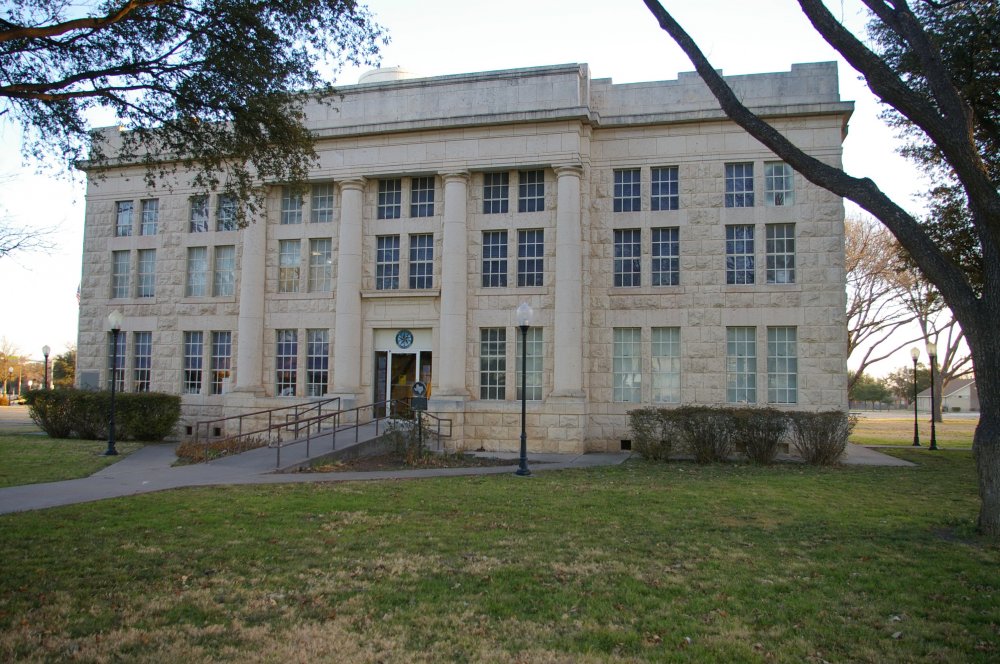 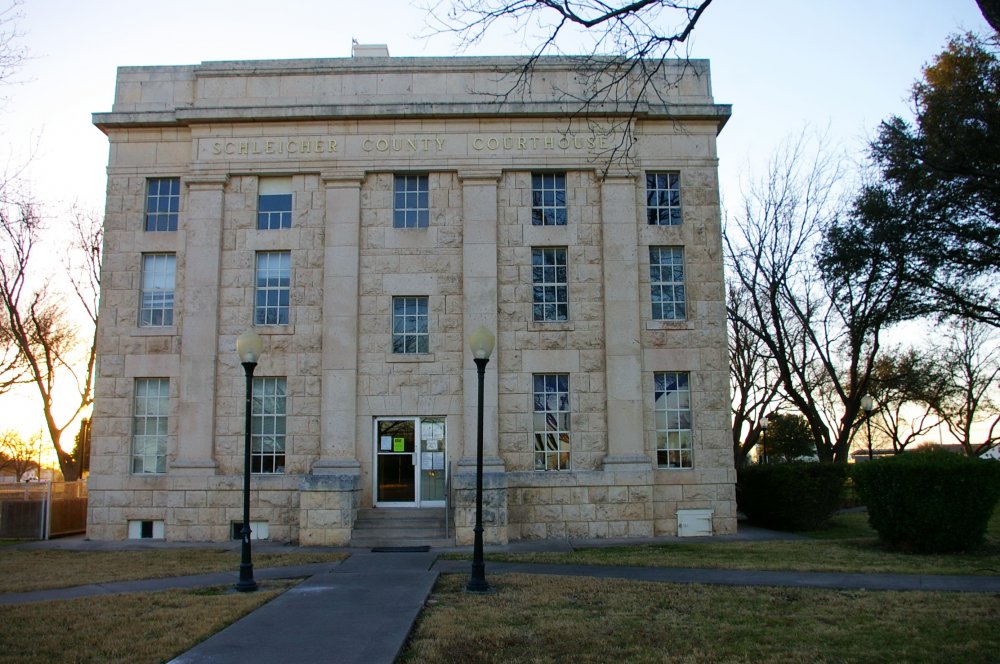 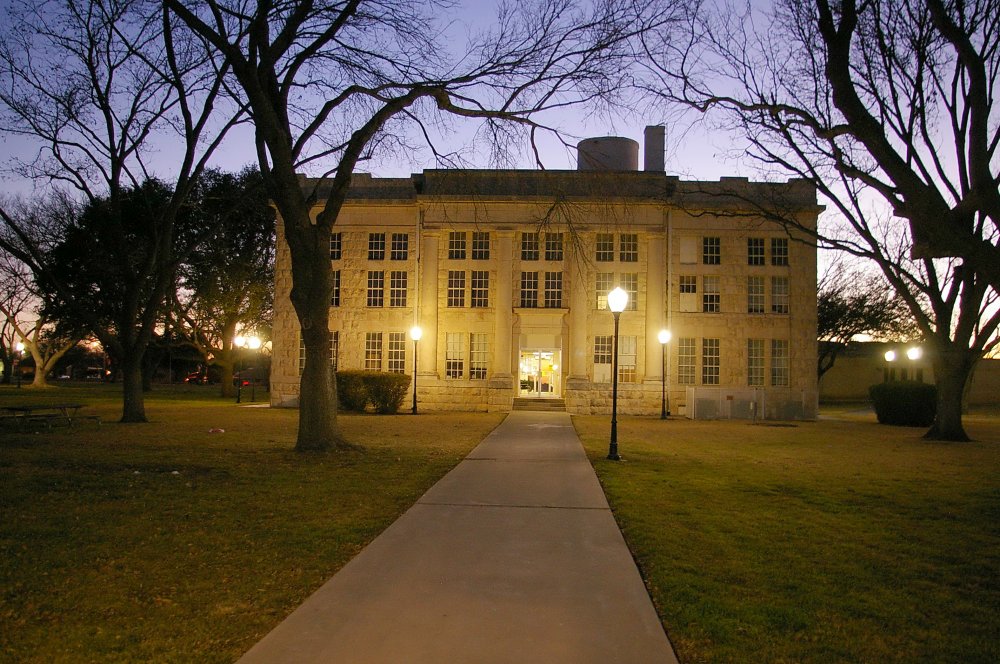 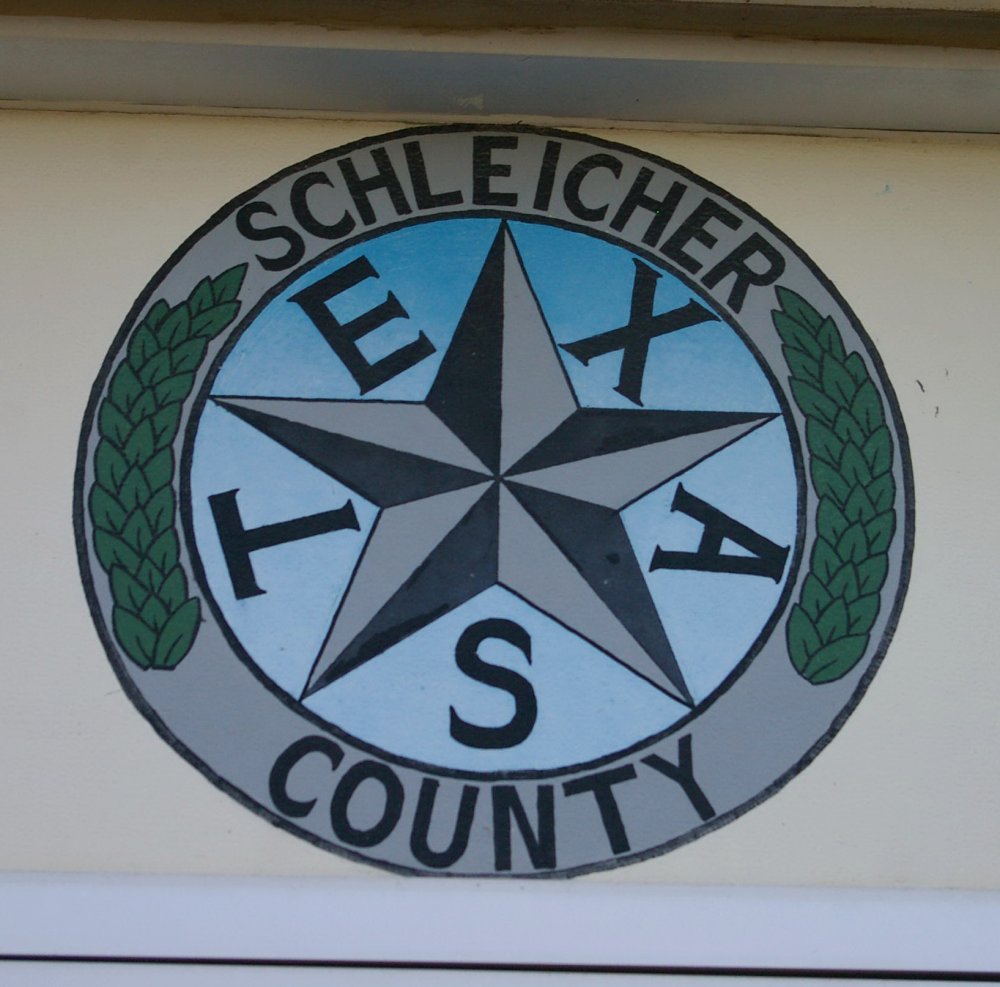 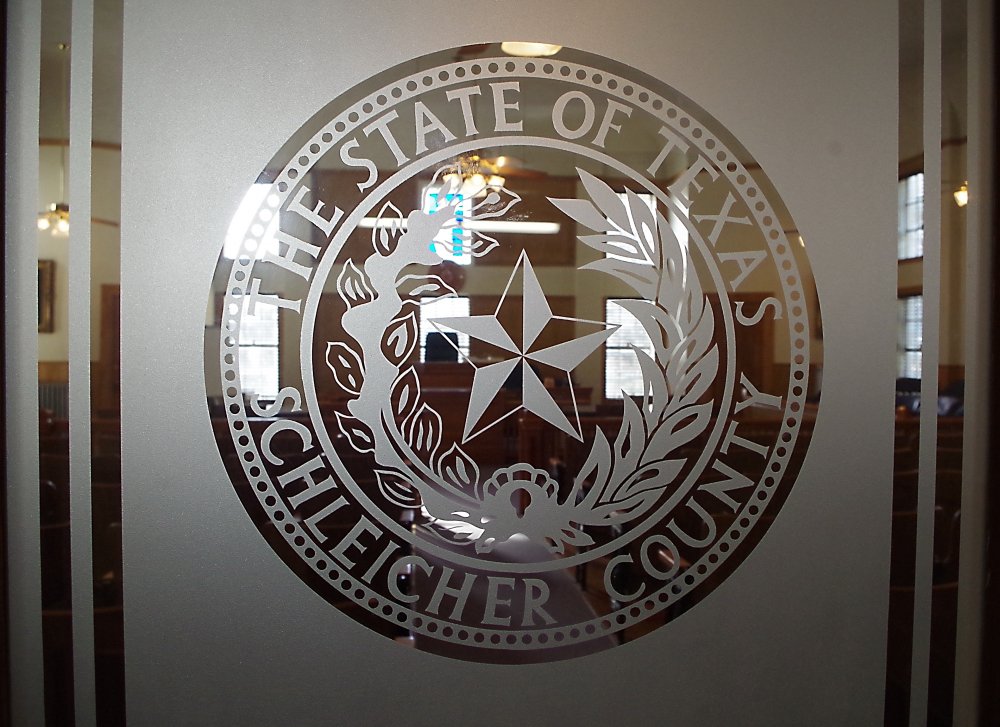 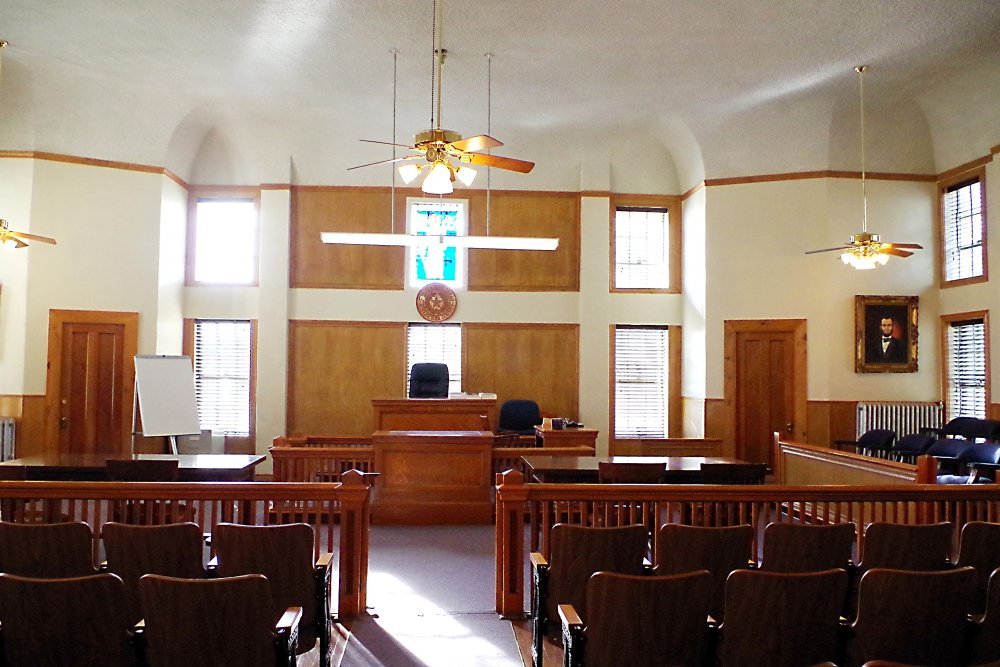 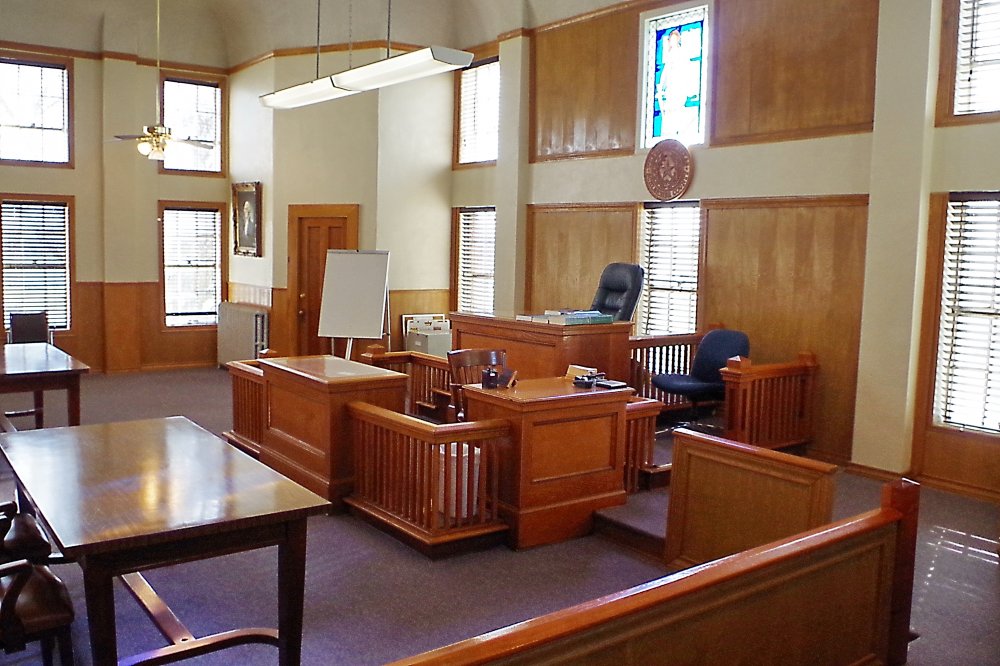 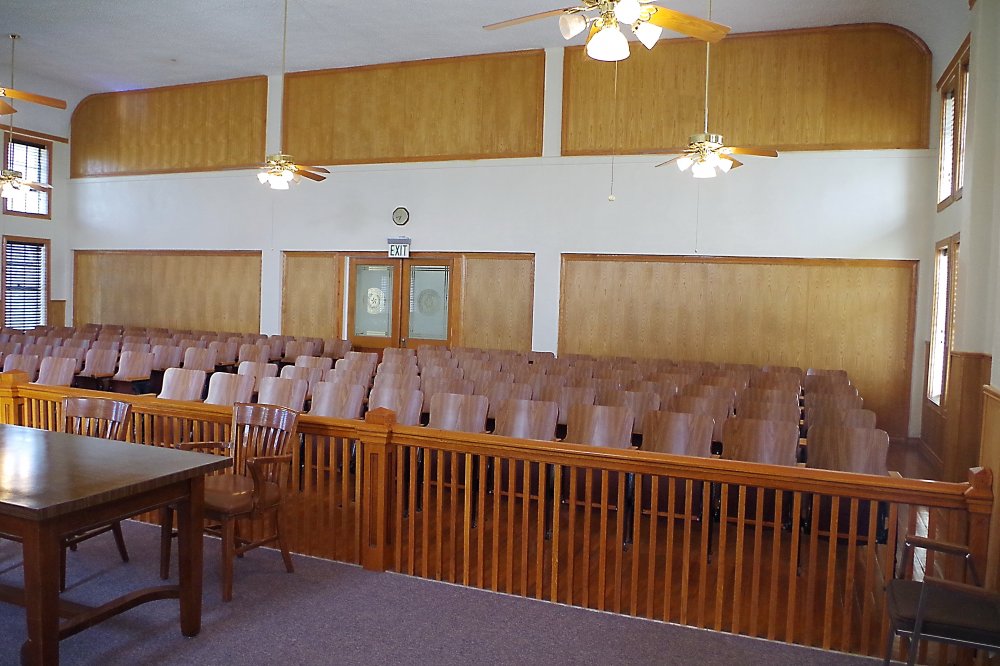 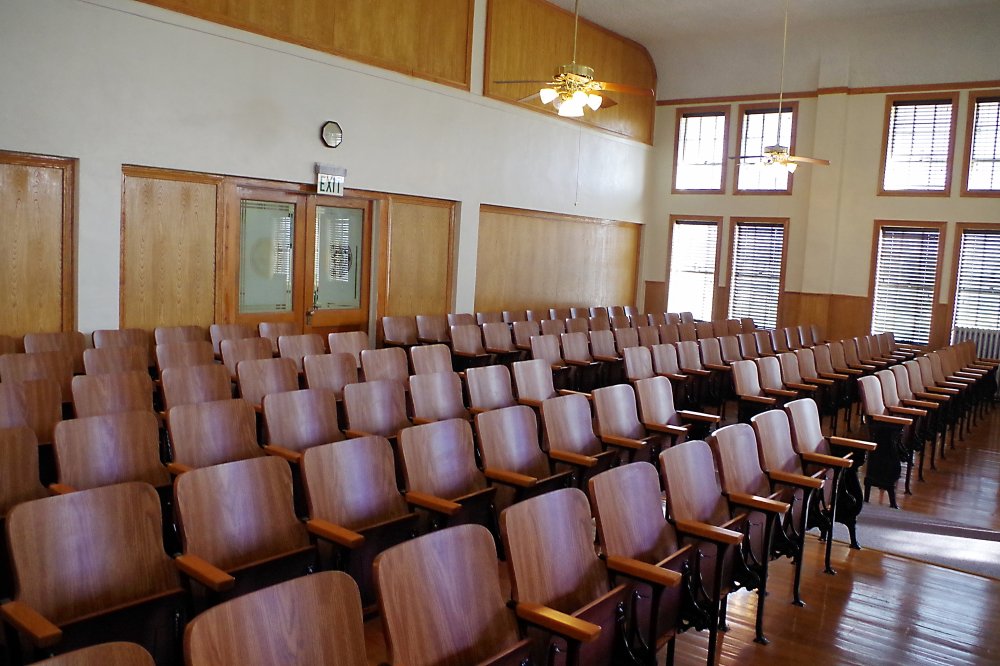 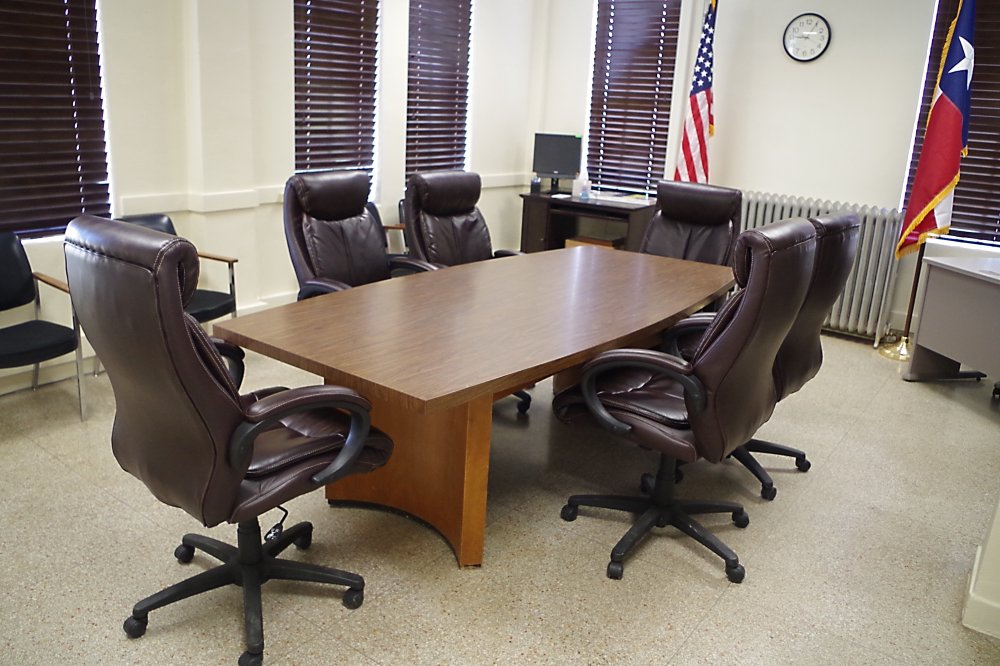