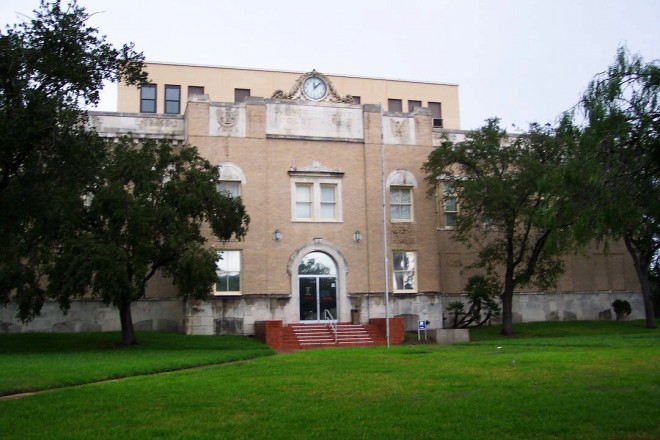 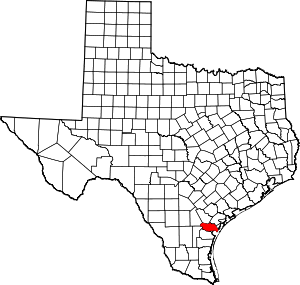 Description:  The building faces south and is a three story buff colored brick and concrete structure. The building is located on landscaped grounds in the center of Sinton. The south front has a protruding center section with arched entrance and a frieze at the top with clock. A third square brick story is recessed from the main east and west wings. The building has a white colored concrete block base. On the west side is a buff colored brick and concrete addition constructed in 1996. The architect was McGloin + Sween of Corpus Christi and the contractor was Braselton Construction of Corpus Christi. 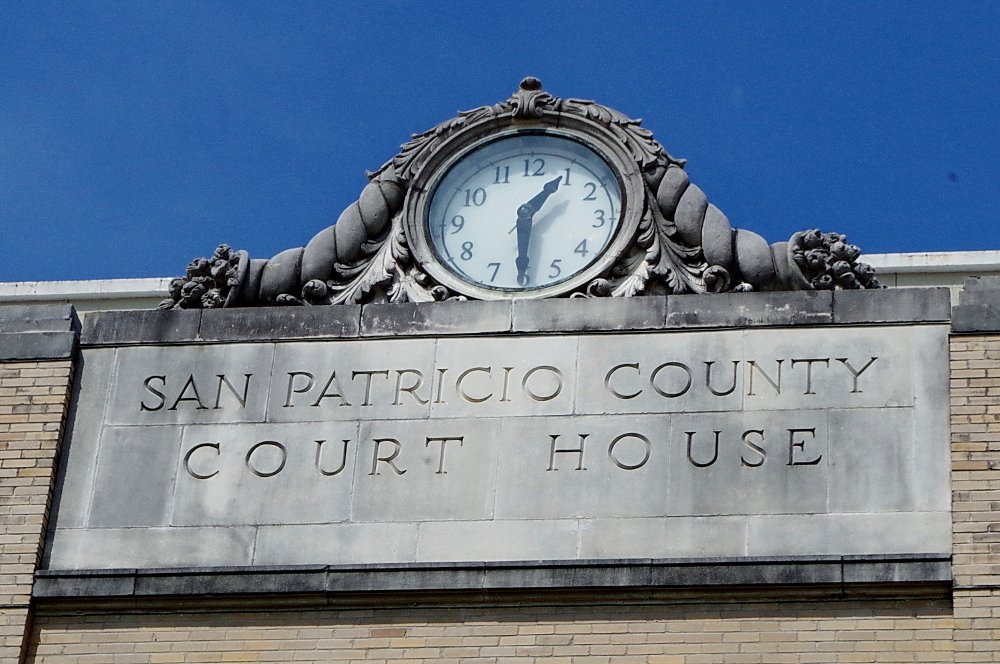 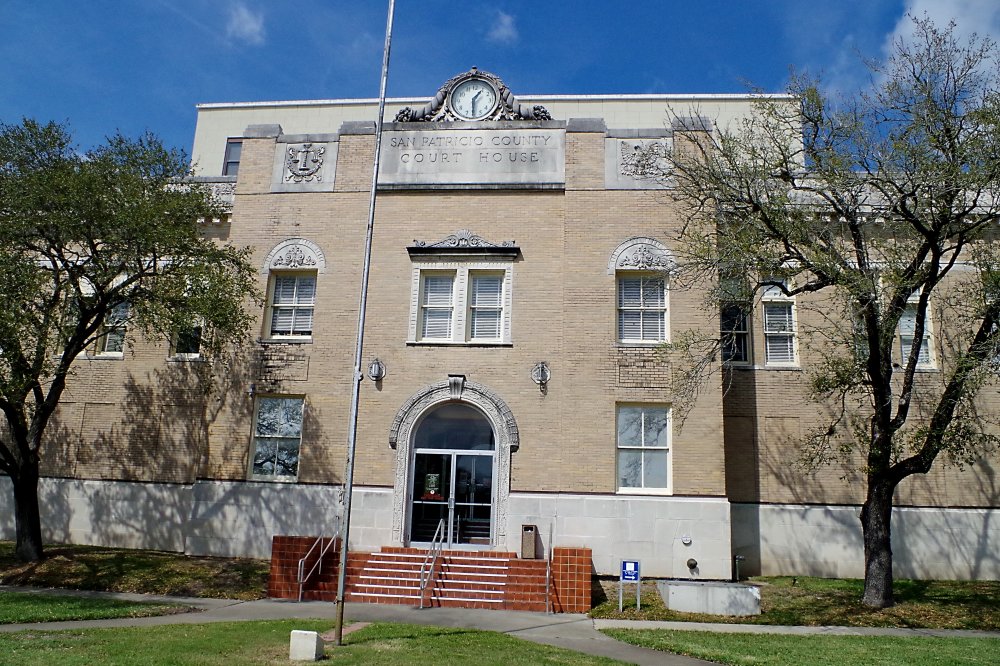 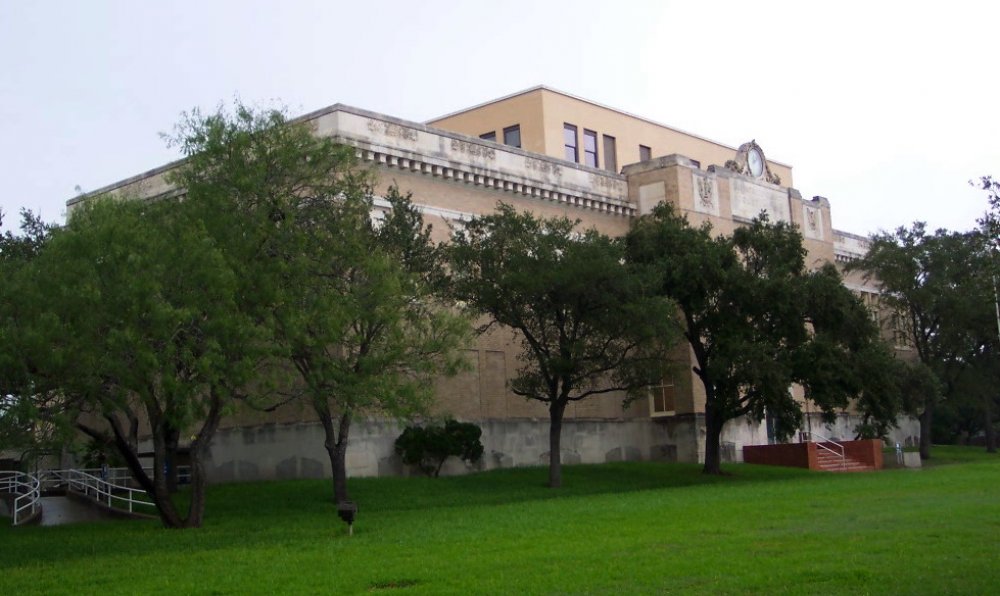 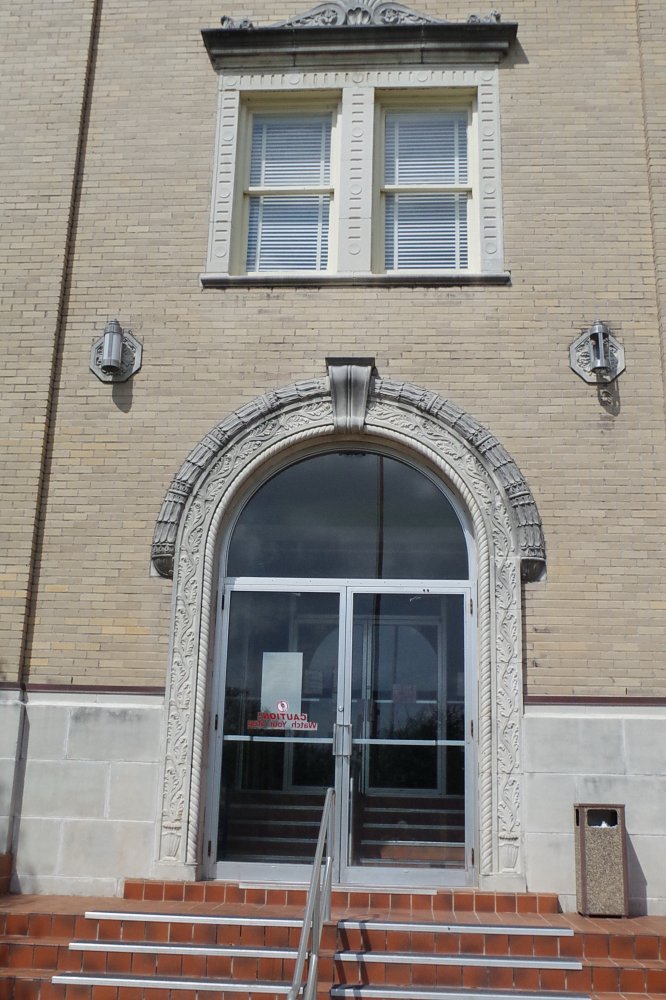 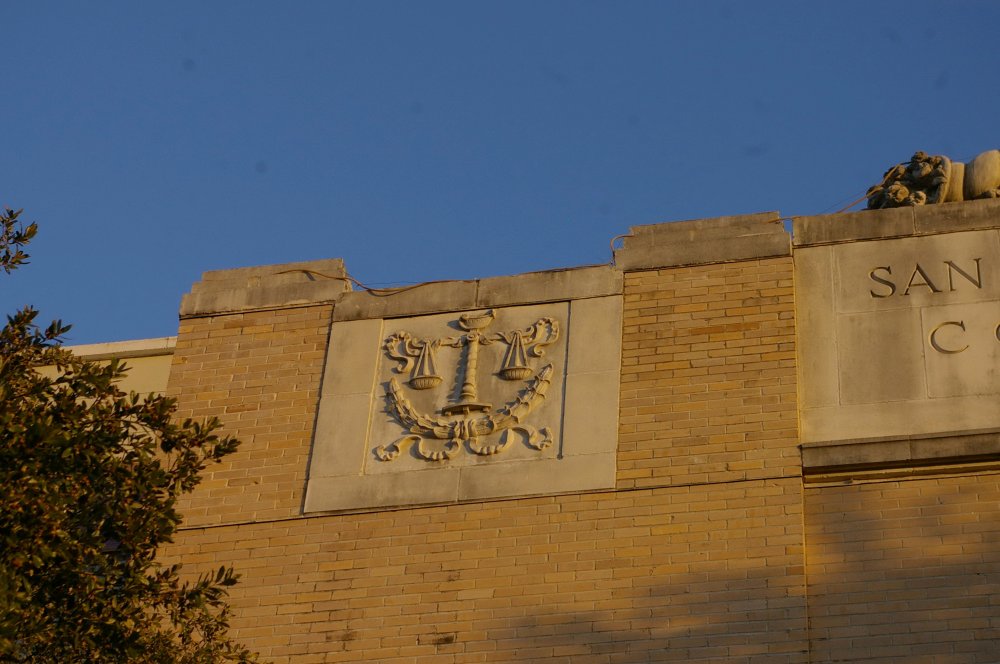 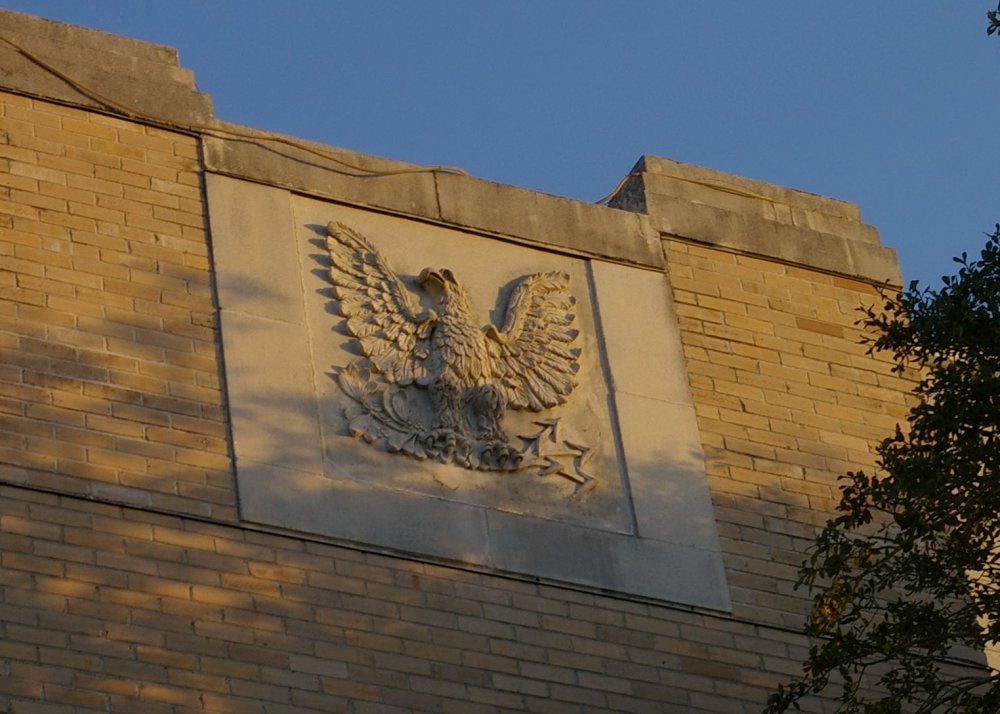 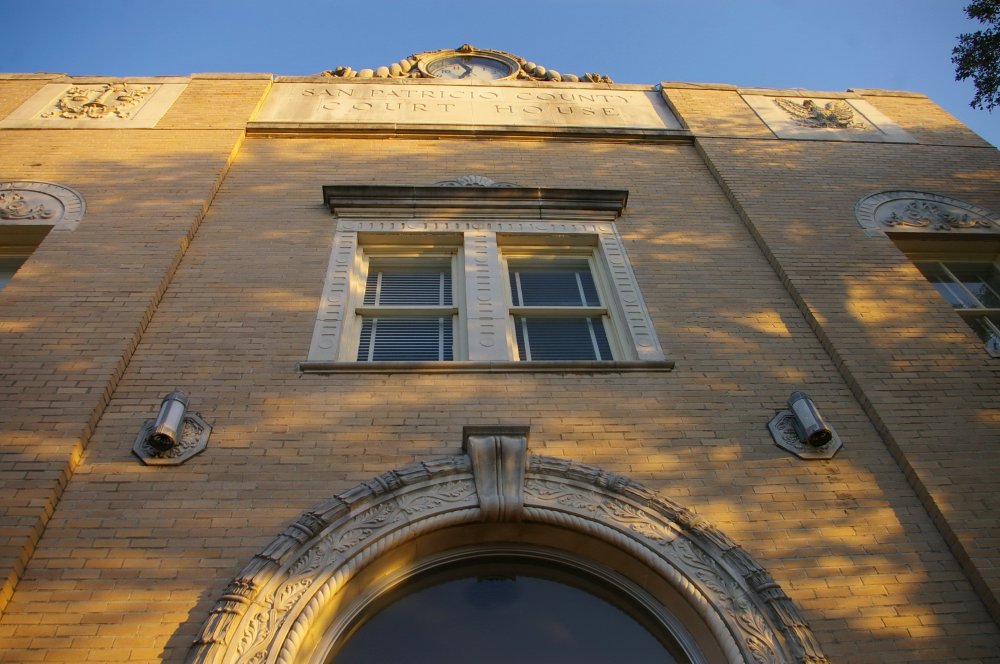 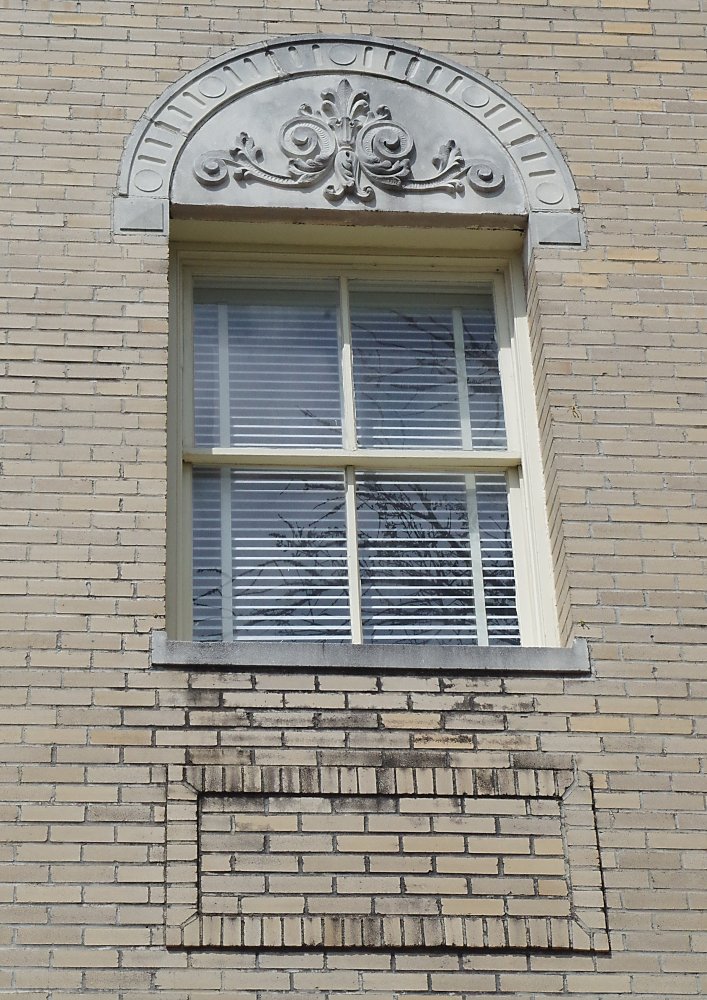 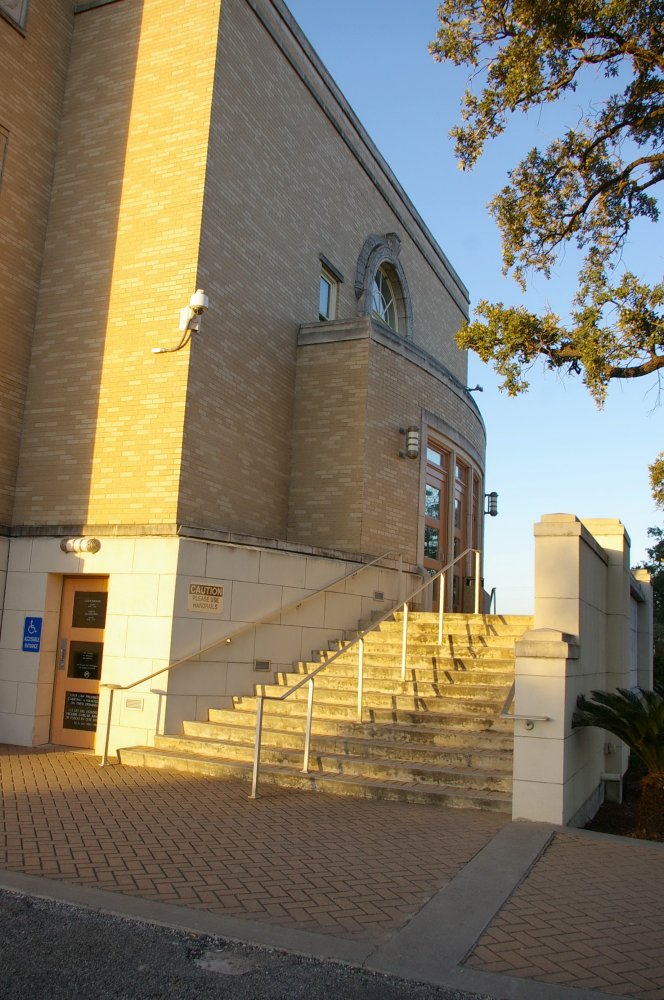 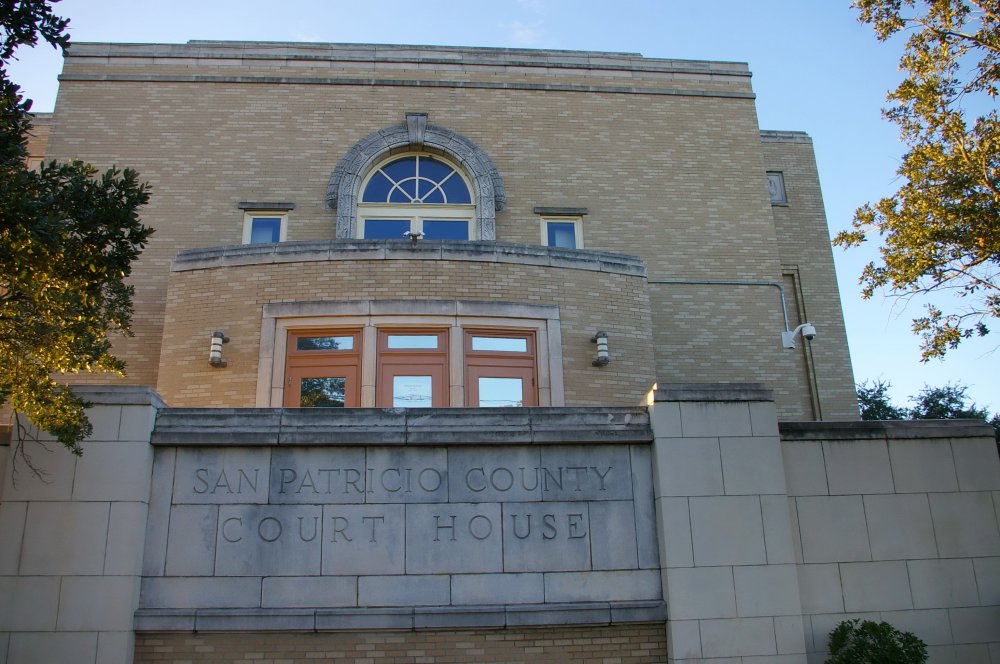 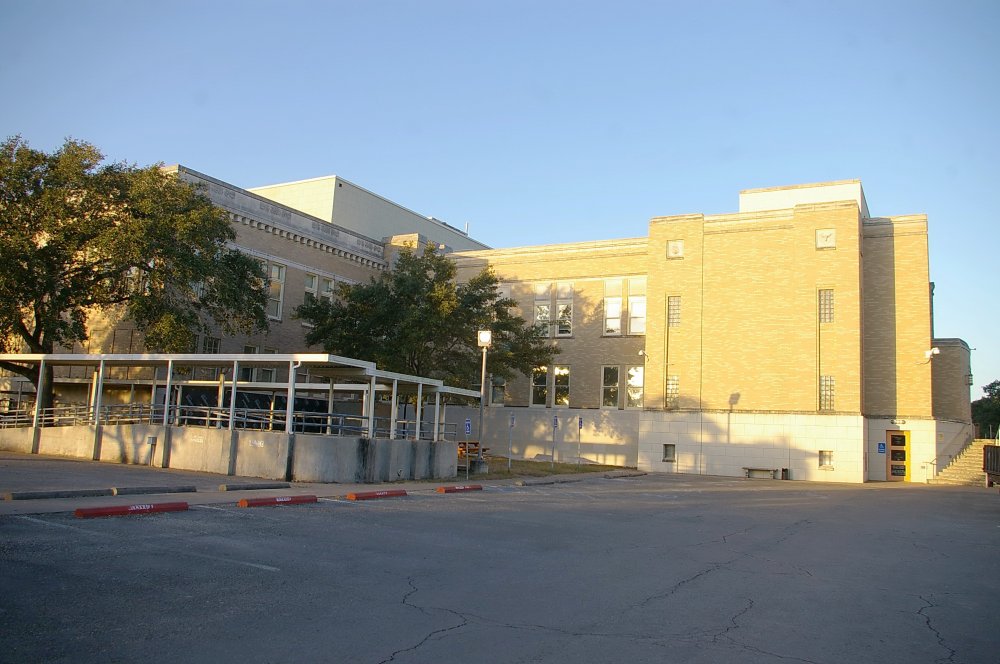 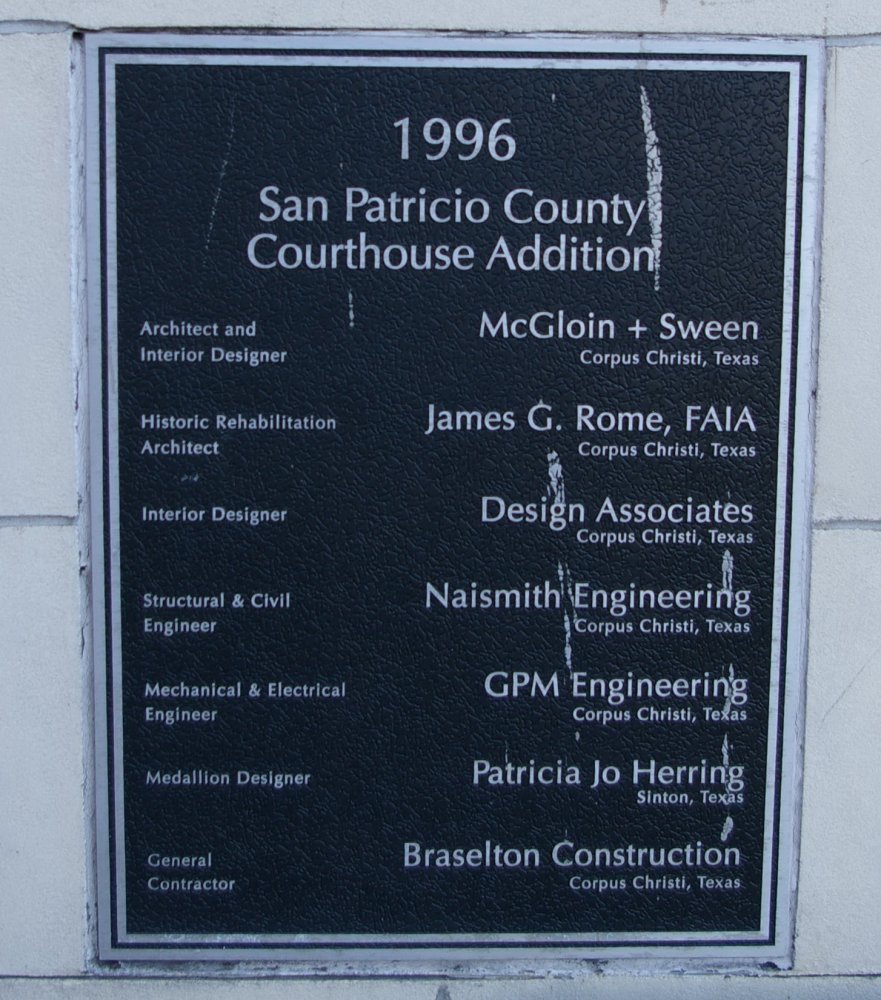