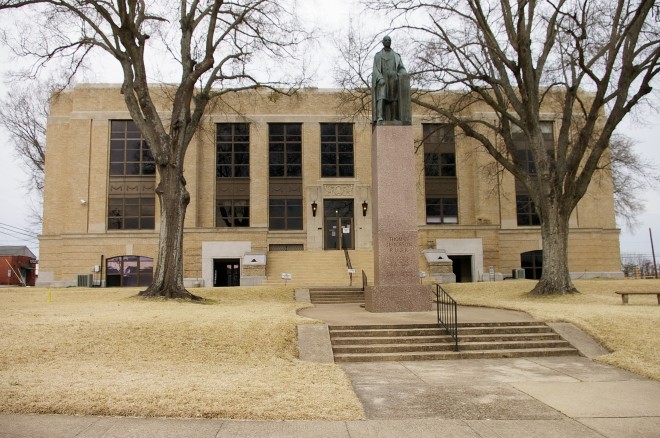 Rusk County is named for Thomas Jefferson Rusk, who was a general during the Texas Revolution. 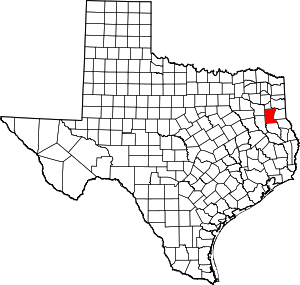 Description:  The building faces east and is a two story buff colored brick and concrete structure. The building is located on landscaped grounds in the center of the city with the old jail on the northwest and the modern Justice Center on the north side. The building is “T” shaped with a west wing. The east front has large vertical windows with brown colored vertical panels between the first and second stories. The central entrance on the first story is framed with stone. The roof line is flat. An addition was constructed on the west side in 1936. The architect was Arthur E Thomas and the contractor was C S Lambie & Company..On the northwest side is the Courthouse Annex which faces south and is a rectangular three story buff colored brick and concrete structure. 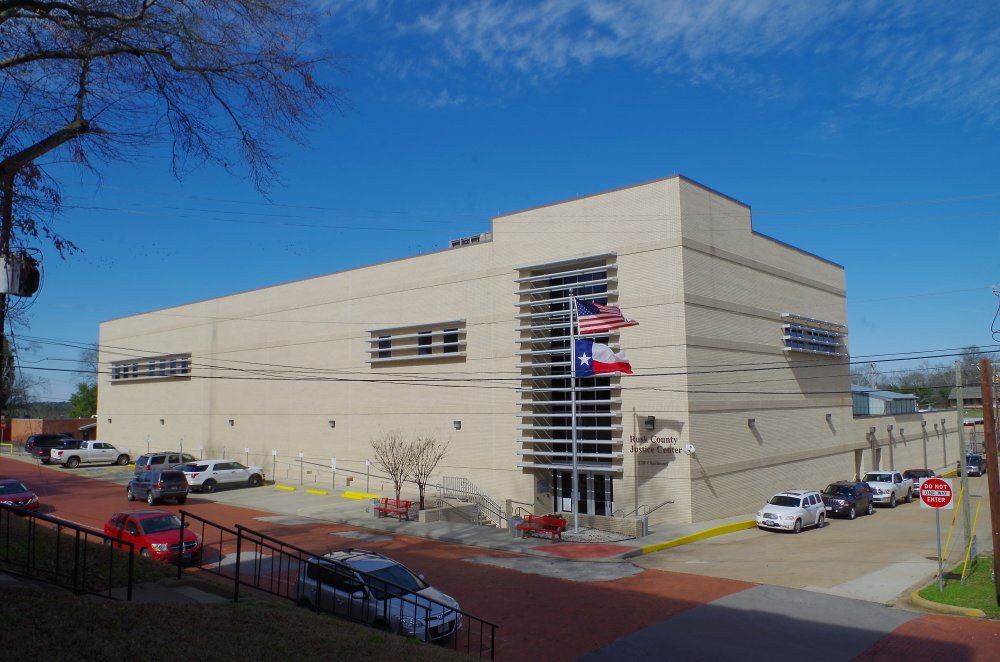 Description:  The building faces south and is a three story buff colored brick and concrete structure. The building is located on the north side of the courthouse. The roof line is flat. The existing jail was designed and constructed by Creative Environmental Concepts Inc. in 1987. 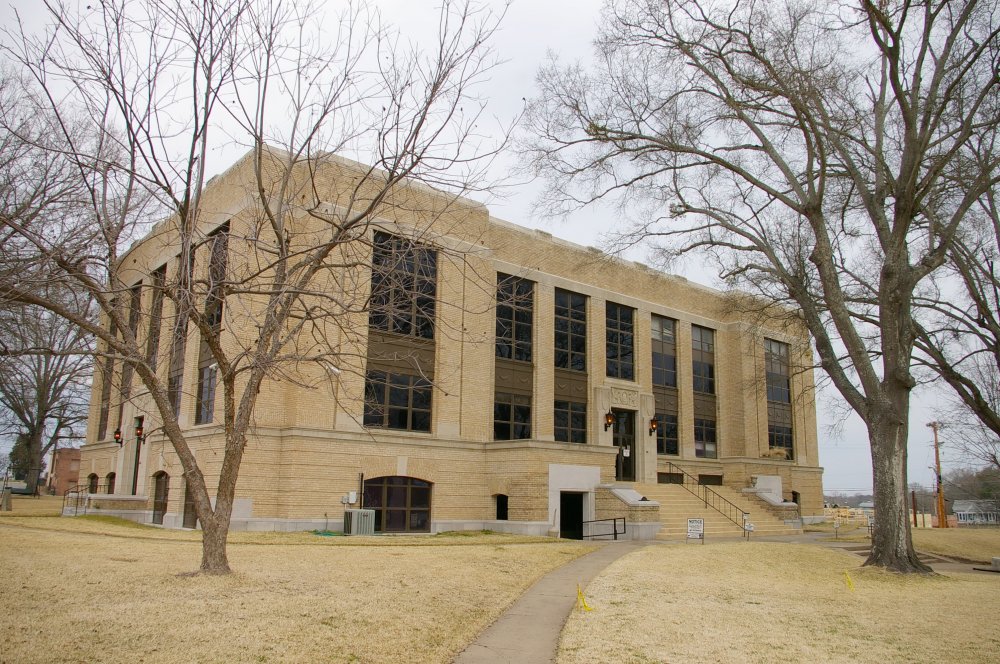 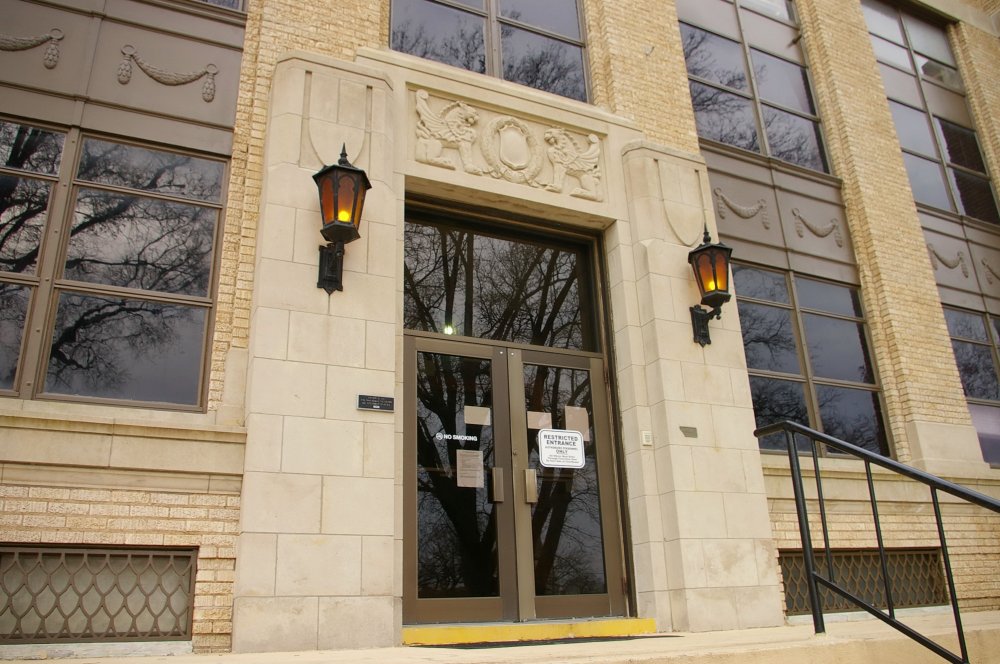 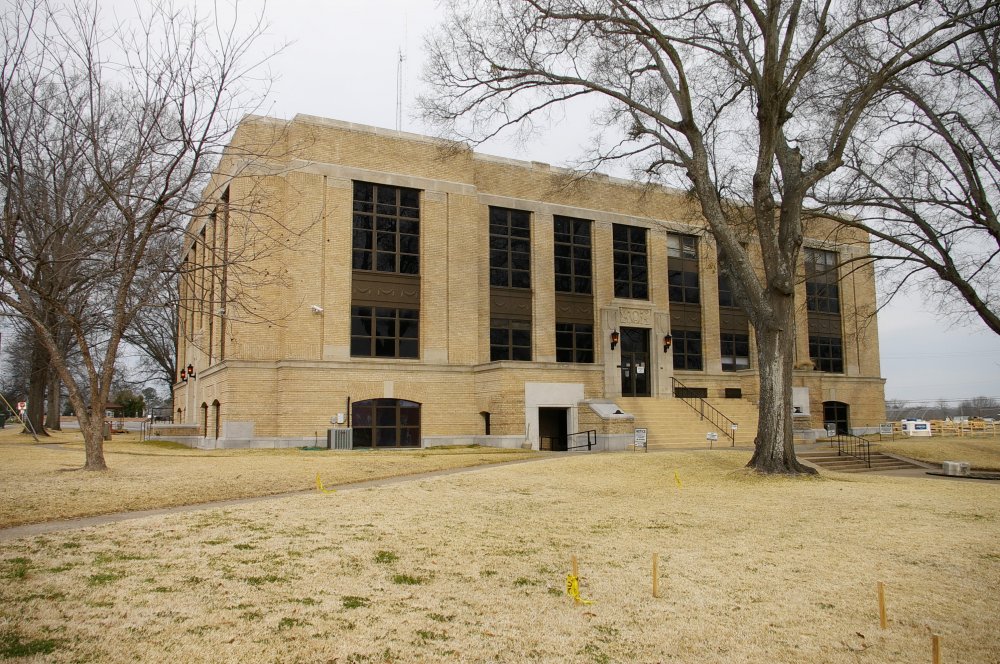 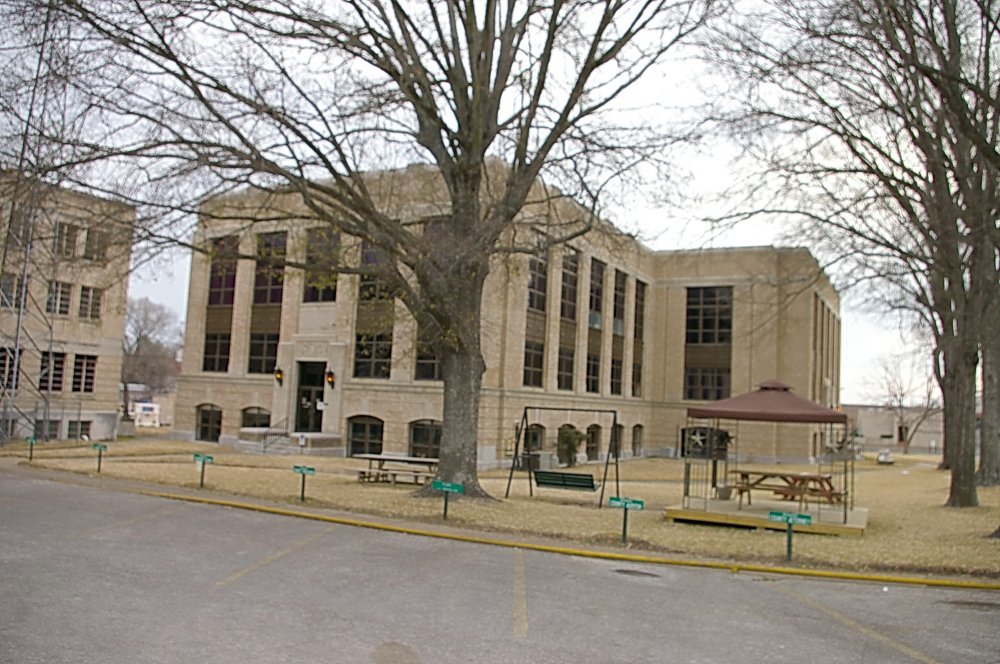 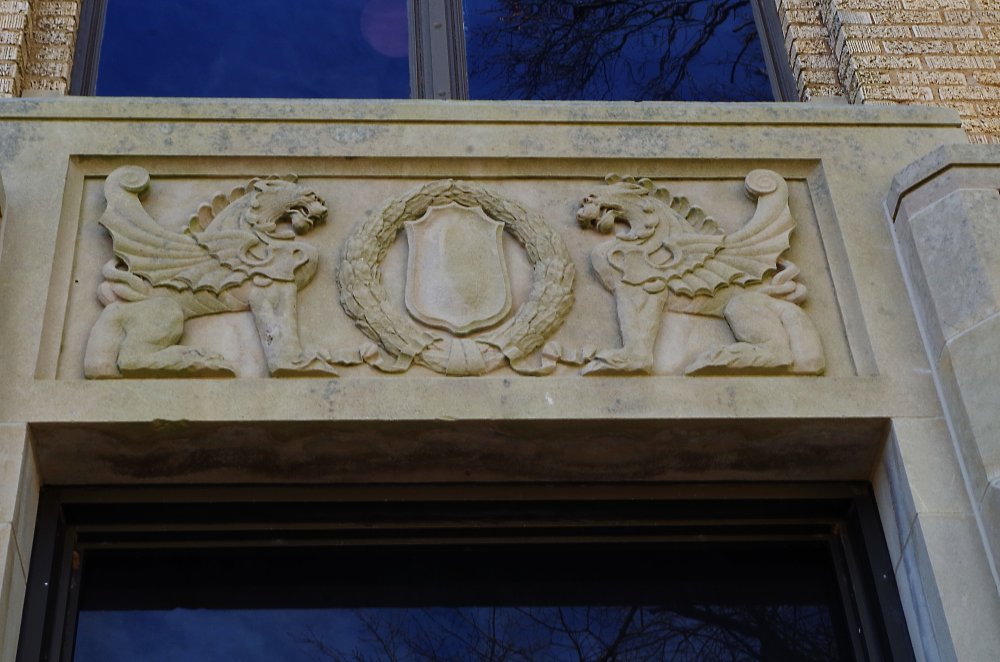