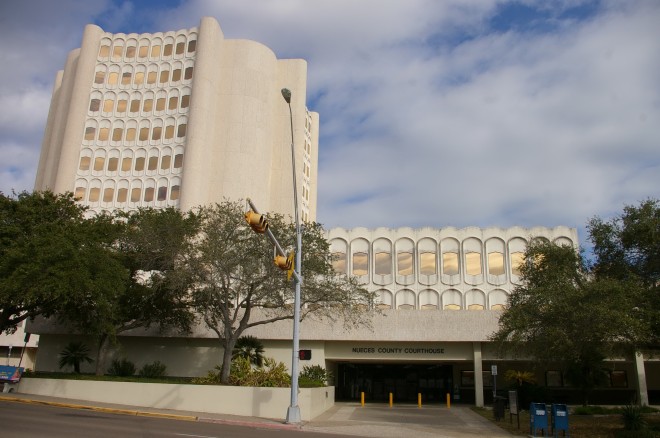 Nueces County is named for the Spanish word for “nuts” as the early explores noted numerous pecan trees along the river banks. 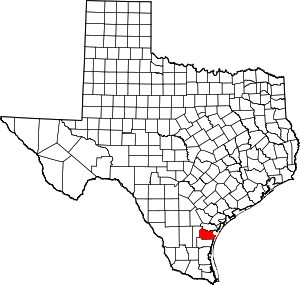 Description:  The building faces north and is a ten story pink colored concrete and steel Modern style structure. The building is loctaed on landscaped grounds in the center of the city. The first two stories extend out from the building and have vertical pillars dividing the exterior into sections. The main tower rises in the center and has crescent sides with rounded concrete corner sections. 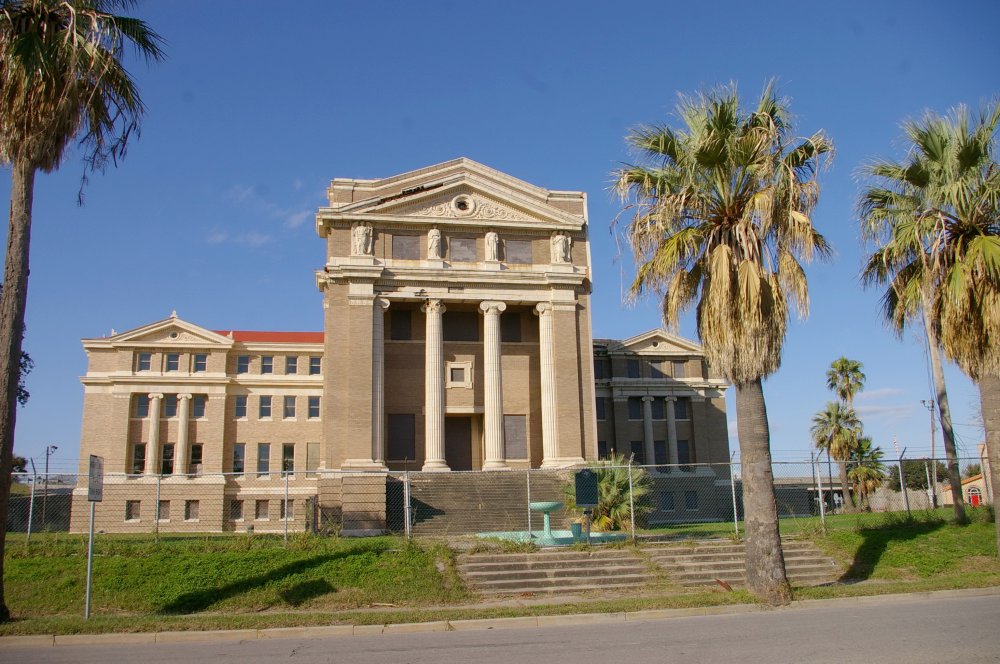 Description:  The building faces south and is a four story brown colored brick structure. The building is located on spacious grounds in the center of the city to the north of the courthouse. The north front has a large porch with four high columns with recessed entrance. Above the columns are four large figures with pediment at the roof line. On the south side is a west and east wing with slightly projecting end sections with two columns. The roof is hipped. The building served until 1977 and now stands abandoned. 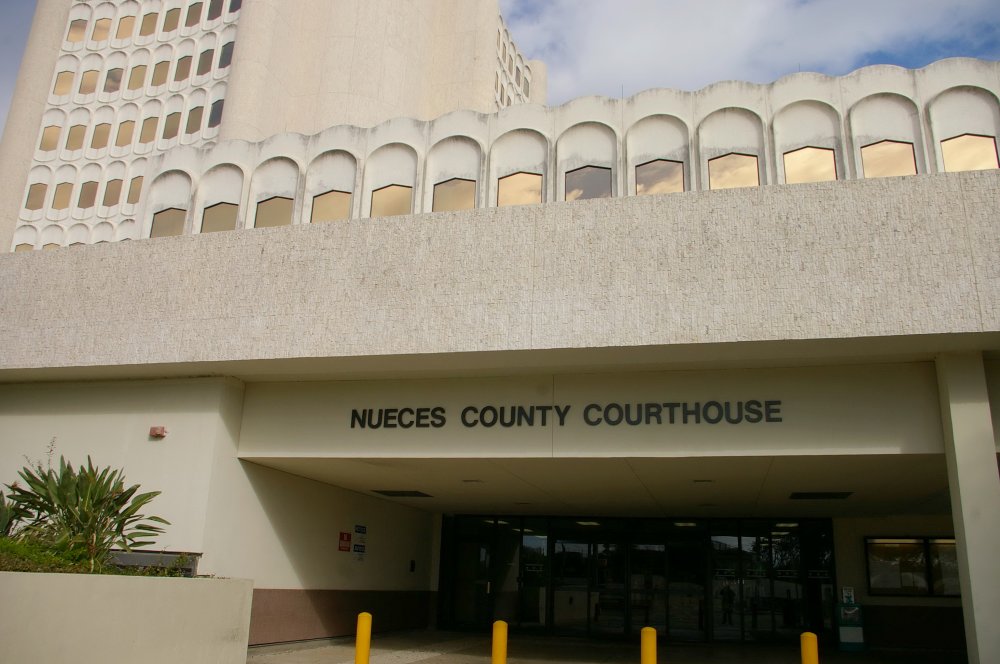 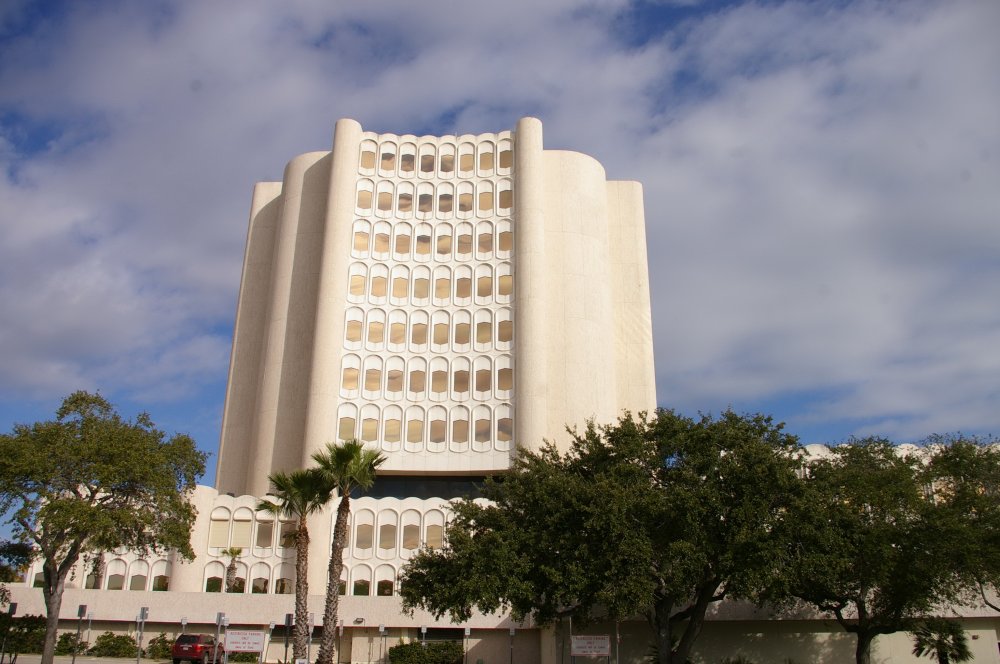 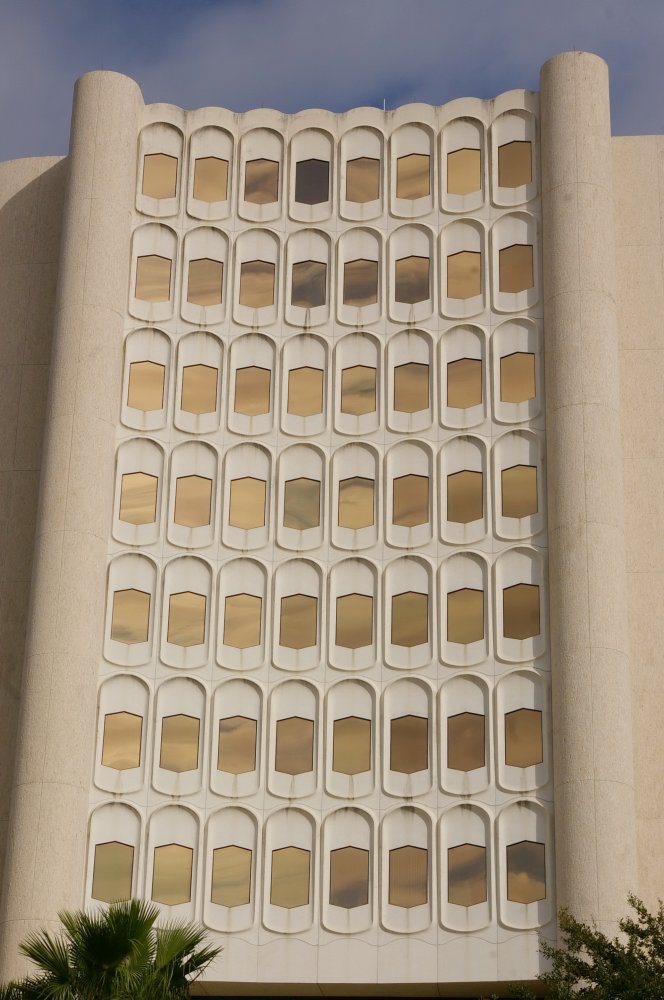 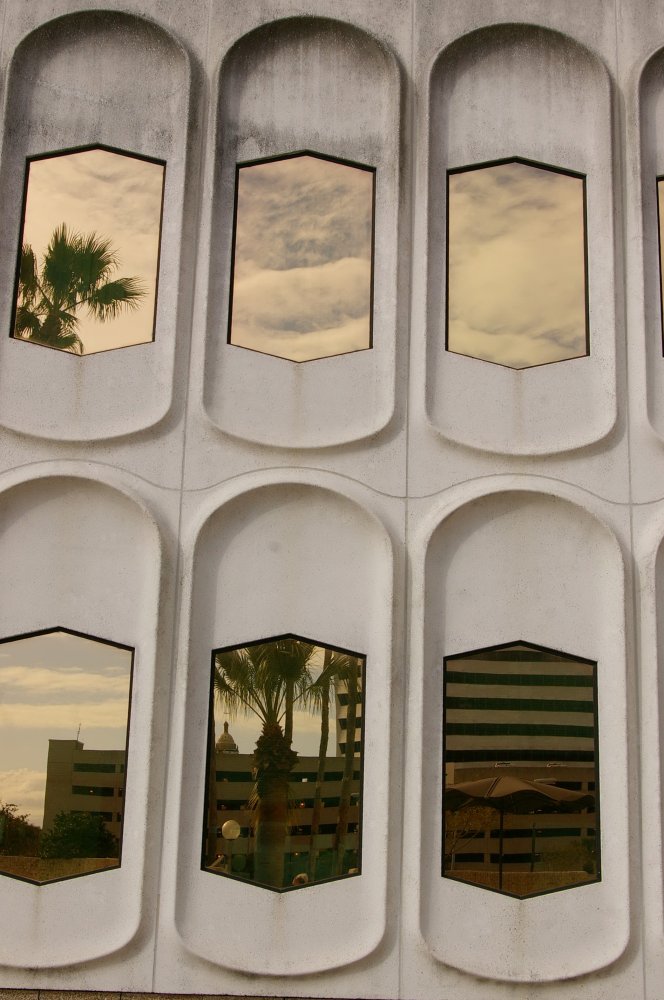 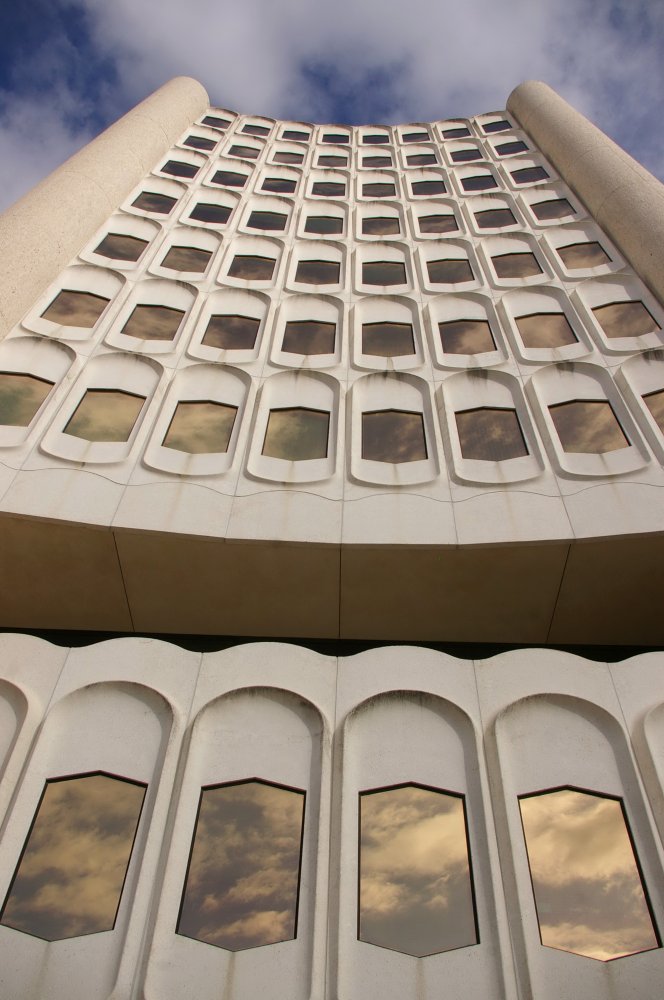 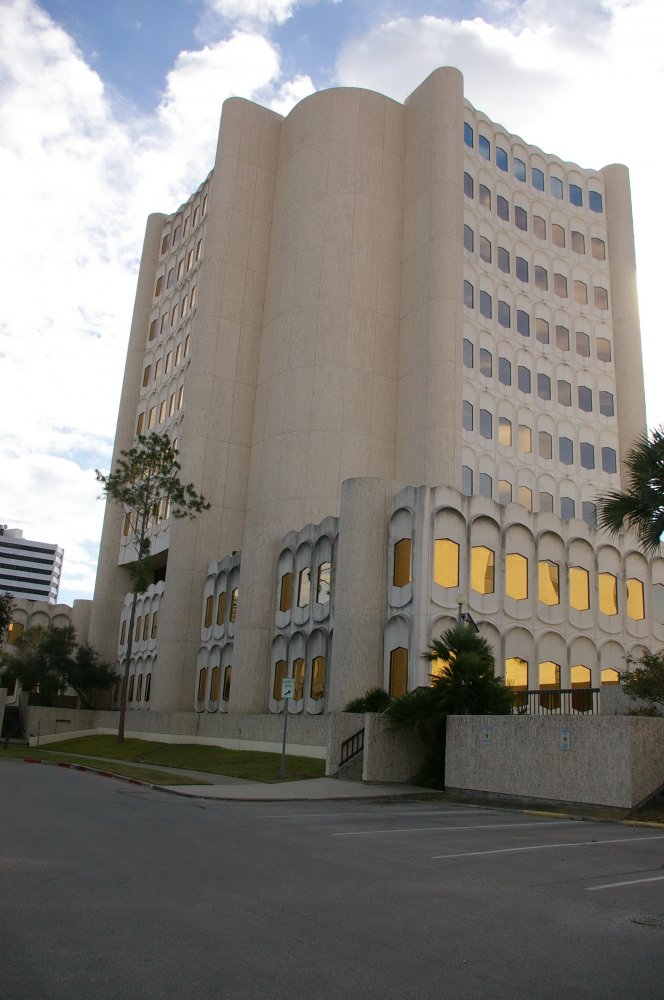