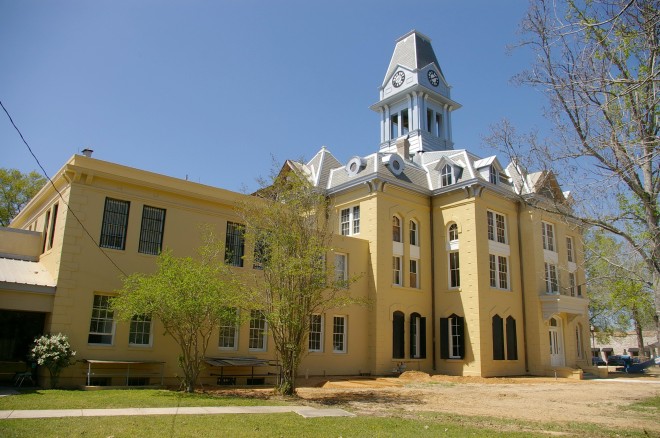 Newton County is named for John Newton, who was a veteran of the American Revolutionary War. 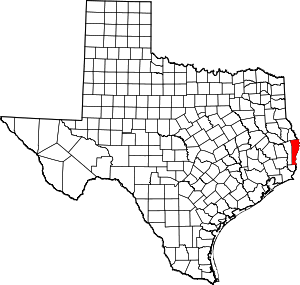 Description:  The building faces north and is a three story yellow colored brick and stone structure. The building is located on spacious landscaped grounds in the center of Newton. The center section of the north front projects slightly with arched entrance on the first story and balcony on the second story. The building recesses in tiers. The east and west sides also have projecting center sections with balconies on the second story. The mansard roof has dormers. On the center of the roof is a high square truncated clock tower with mansard roof. In 1935 and 1936, an addition was constructed on the south side by Works Project Administration. In 1972 to 1973 the building was renovated. The Contractor was D E Walker and Sons. A fire gutted the building on August 4, 2000 and the building was restored in 2011 to 2012. The architect was Wharry Engineering of Garland and Quimby-McCoy Preservation of Dallas and the contractor was Joe E Jones Construction of Weathford. On the south side and joined to the building is the Law Enforcement Center constructed in 1982. The architect was Geyer Associates and the contractor was Circle Double “C” Enterprises, Inc.