Moore County is named for Edwin Ward Moore, who was the commodore of the Texas navy during the Republic of Texas. 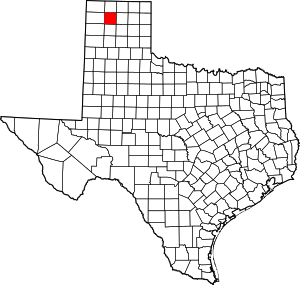 Description:  The building faces west and  is a three story buff colored brick and concrete structure. The building is located on landscaped grounds in the center of the city. The west front has a stone trimmed entrance with three archways. The center section rises higher with a stone finish above the third story windows with two large figures representing Justice on either side of the stone frieze. There is also stone trim above the other third story windows. The base of the building is also light colored stone. The District Court courtroom is located on the north side of the third story and the County Court courtroom is located on the southeast side of the second story. This was a Work Projects Administration project. 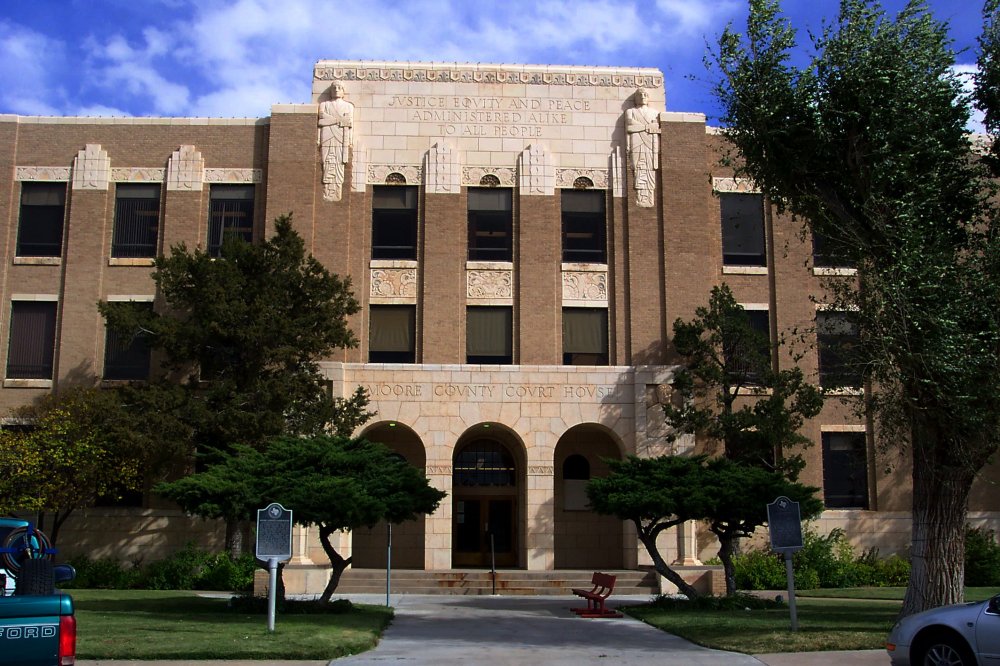 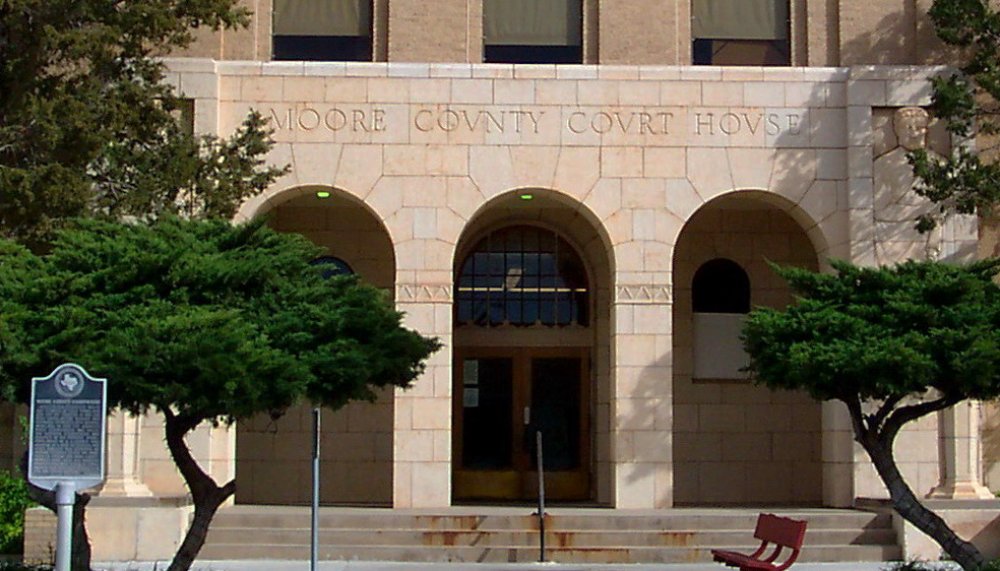 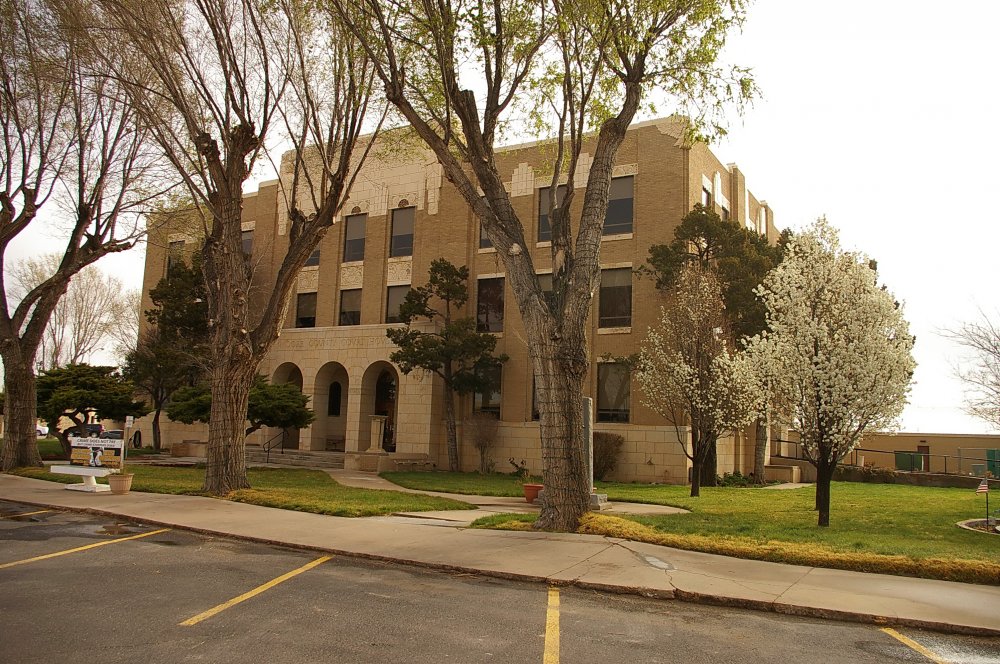 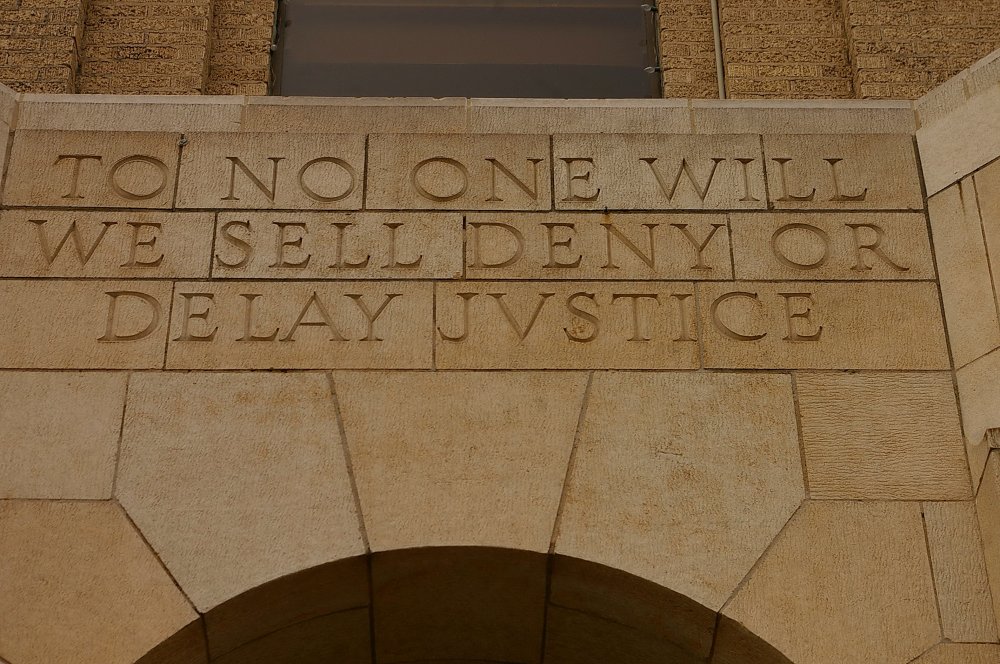 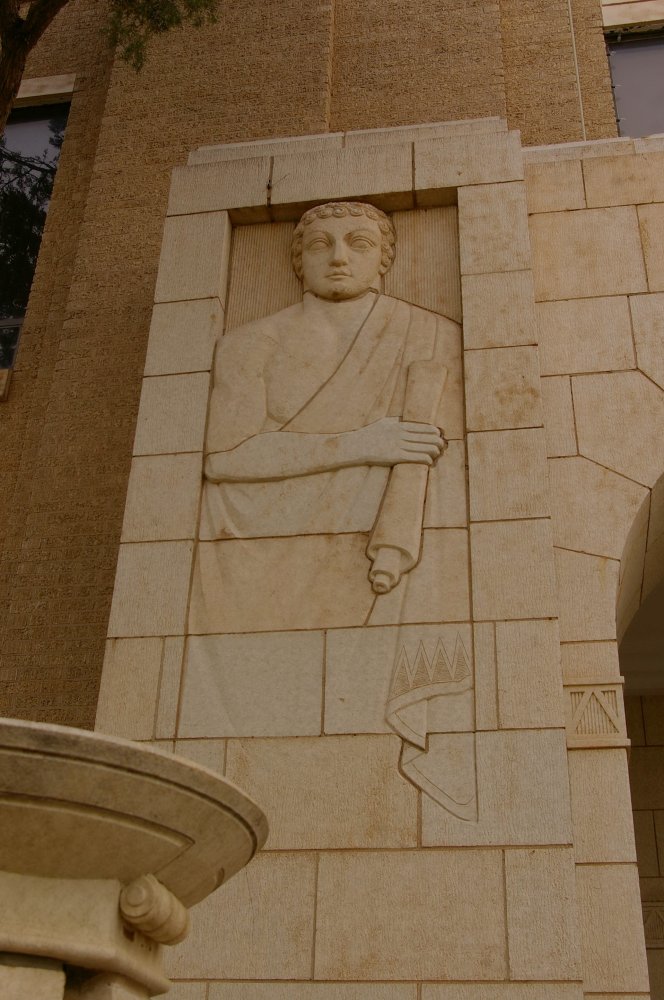 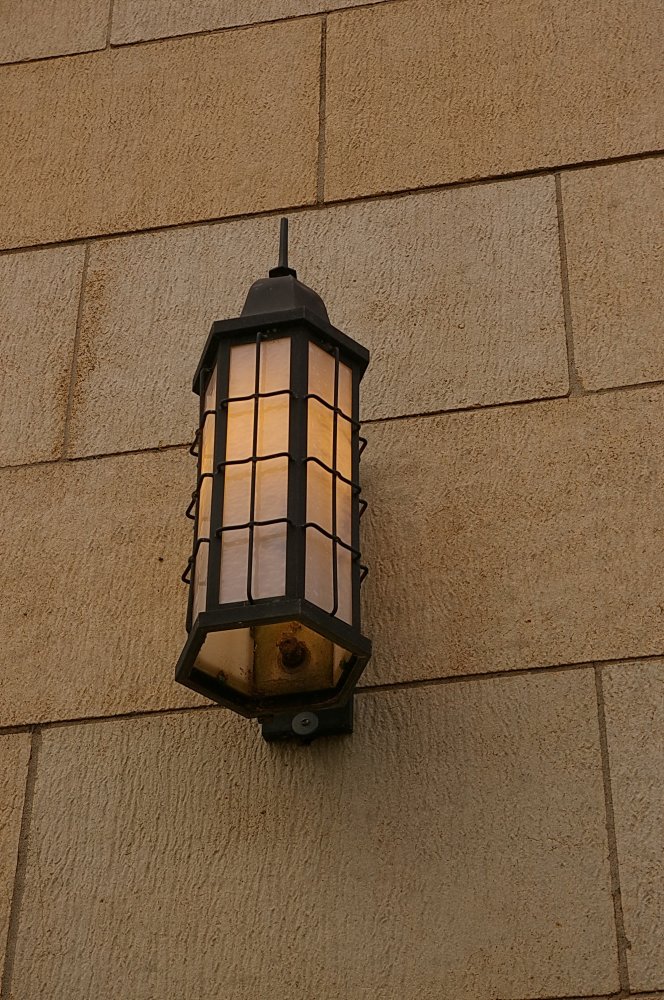 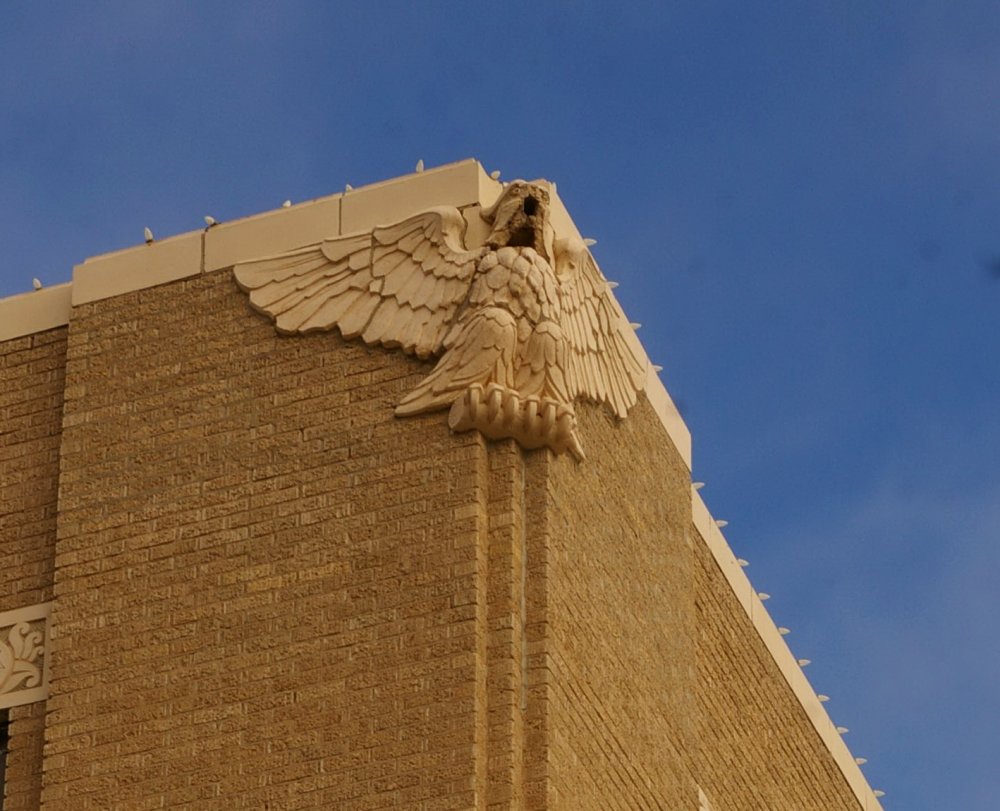