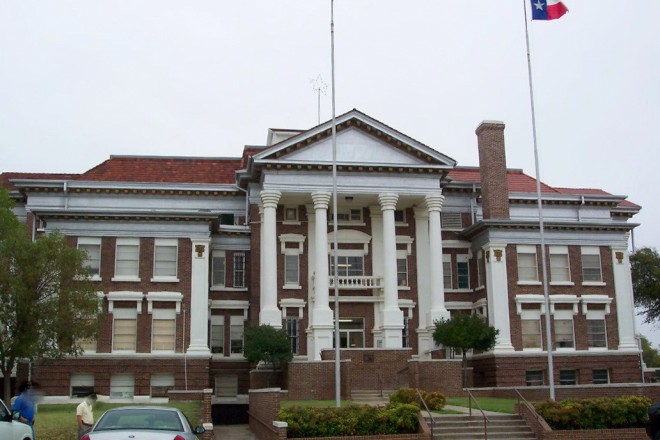 Montague County is named for Daniel Montague, who was a surveyor of the Fannin Land District and a veteran of the Mexican War.

Contractor:  A Z Rogers of Henrietta

Description:  The building faces south and is a two story dark red colored brick, steel and concrete structure. The building is located on landscaped grounds in the center of the town. The south and north sides have large porticoes supported by four large white columns with a pediment at the roof line. There is white colored trim around the windows and horizontal white colored bands on the extended sections of the building. The courtroom is located at the southeast side of the second story. The building was remodeled in 1939 when the dome was removed. The contractor was T Lacey. The building was renovated in 1985 to 1986. The architect was Conrad Staley & Associates of Wichita Falls. On the southeast side is the red colored brick Jail. 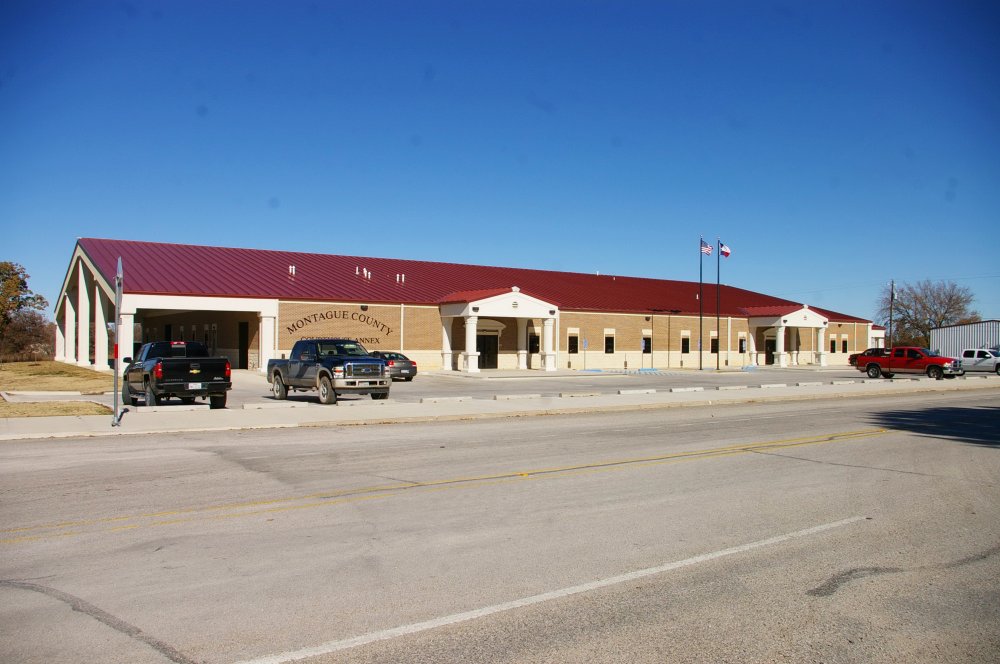 Description:  The building faces south and is a one story buff colored brick and concrete structure. The building is located on landscaped grounds in the center of the town to the north of the courthouse. The south front has two one story porticoes supported by two pillars. The west end has a wide porch. The red colored roof is hipped. The courtroom is located on the south side near the west side. 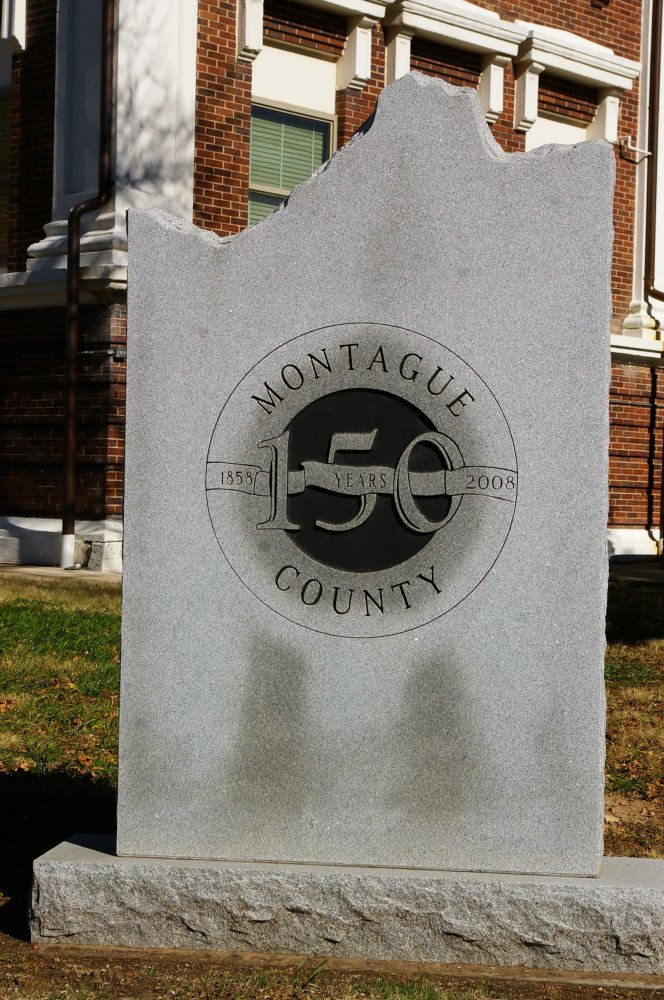 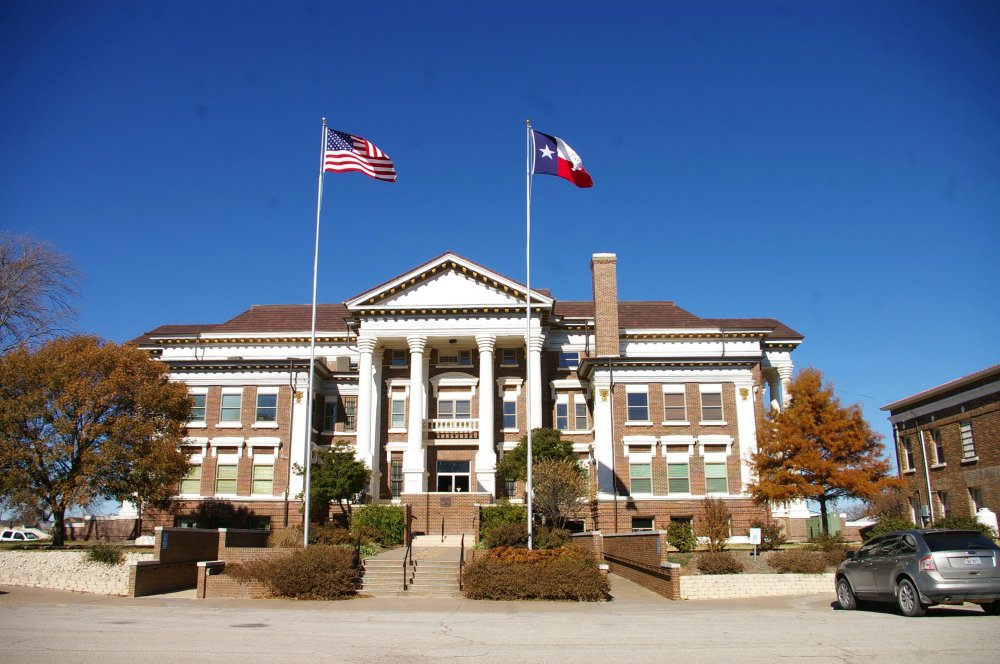 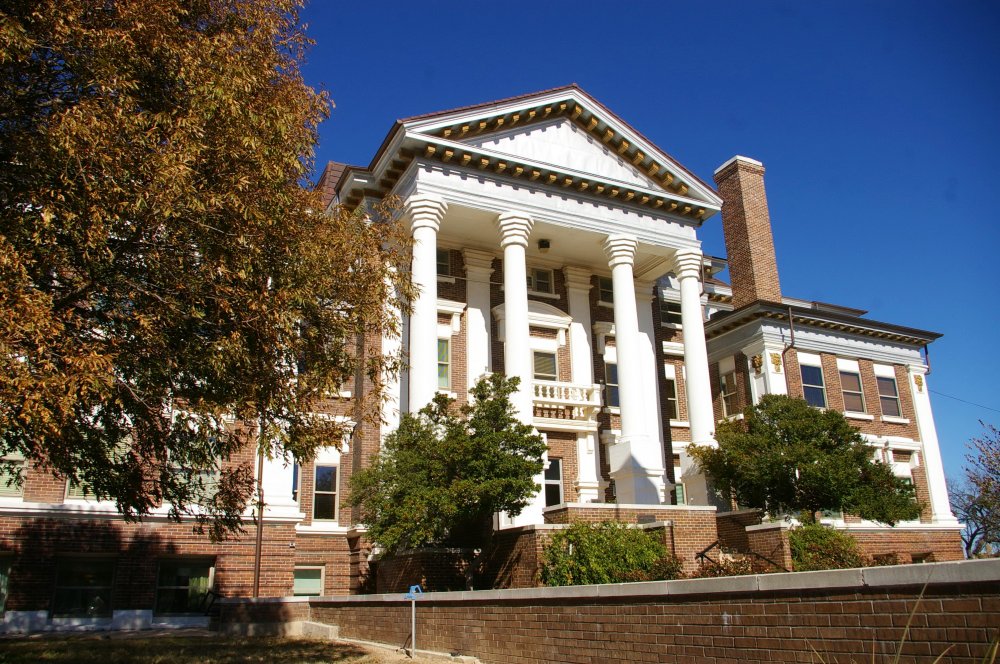 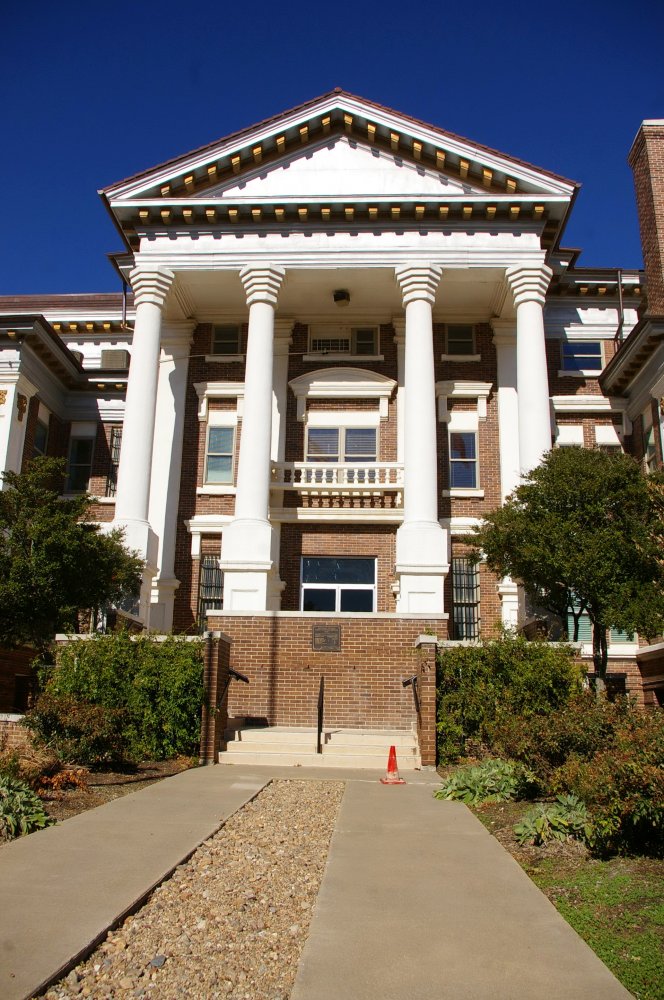 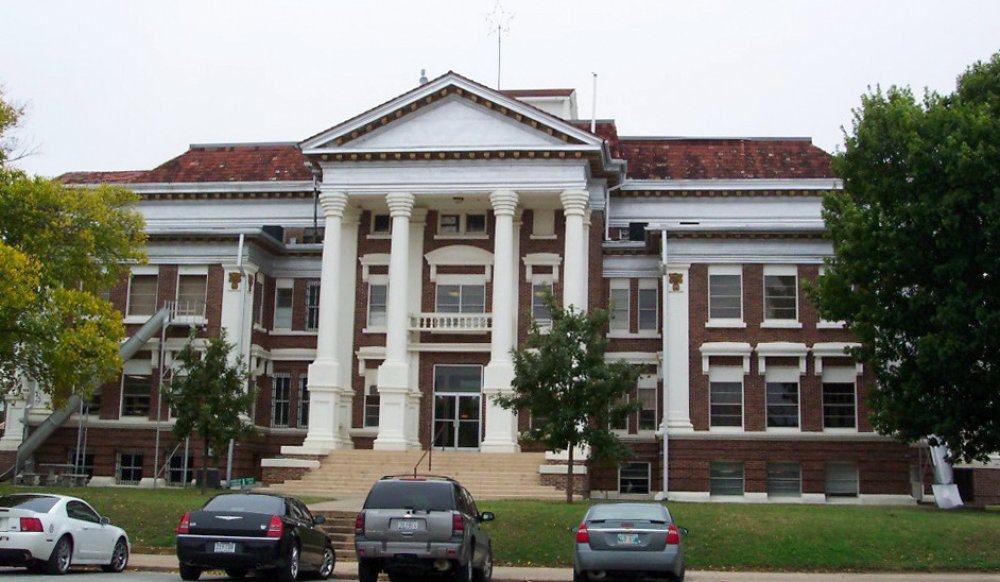 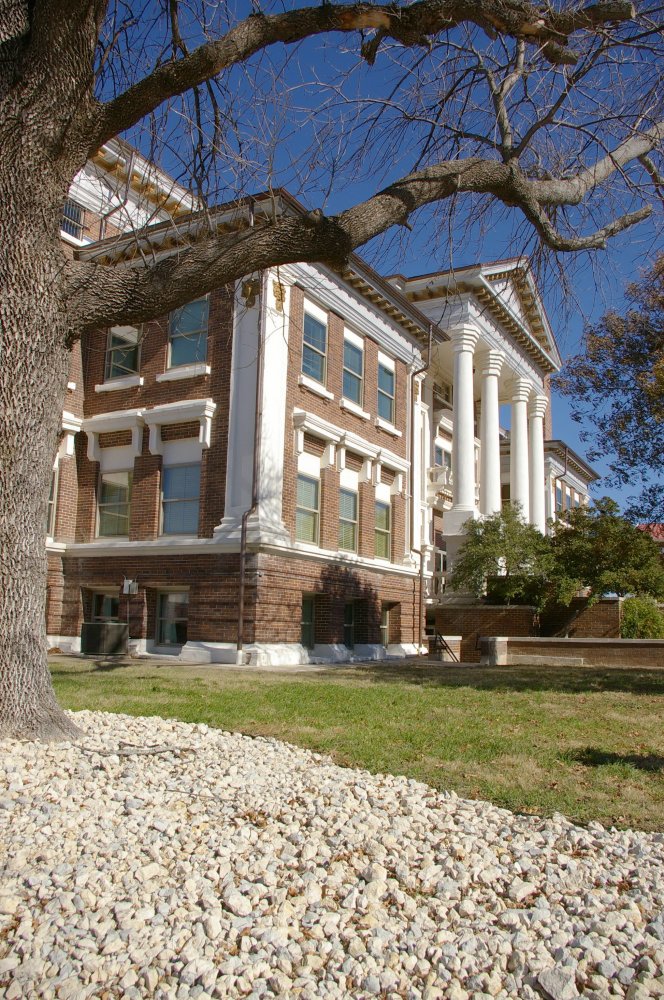 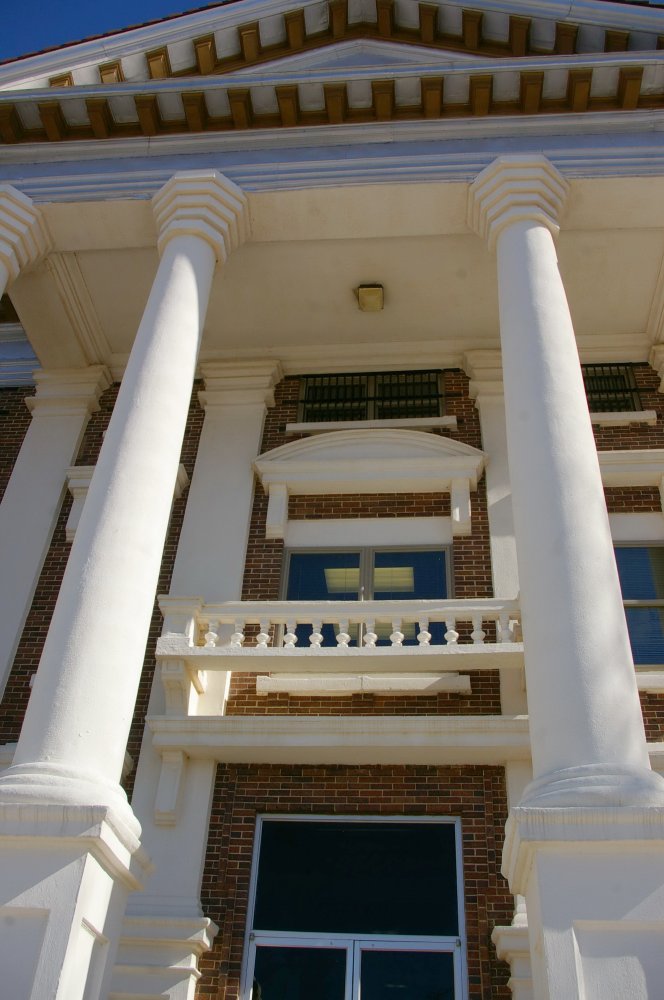 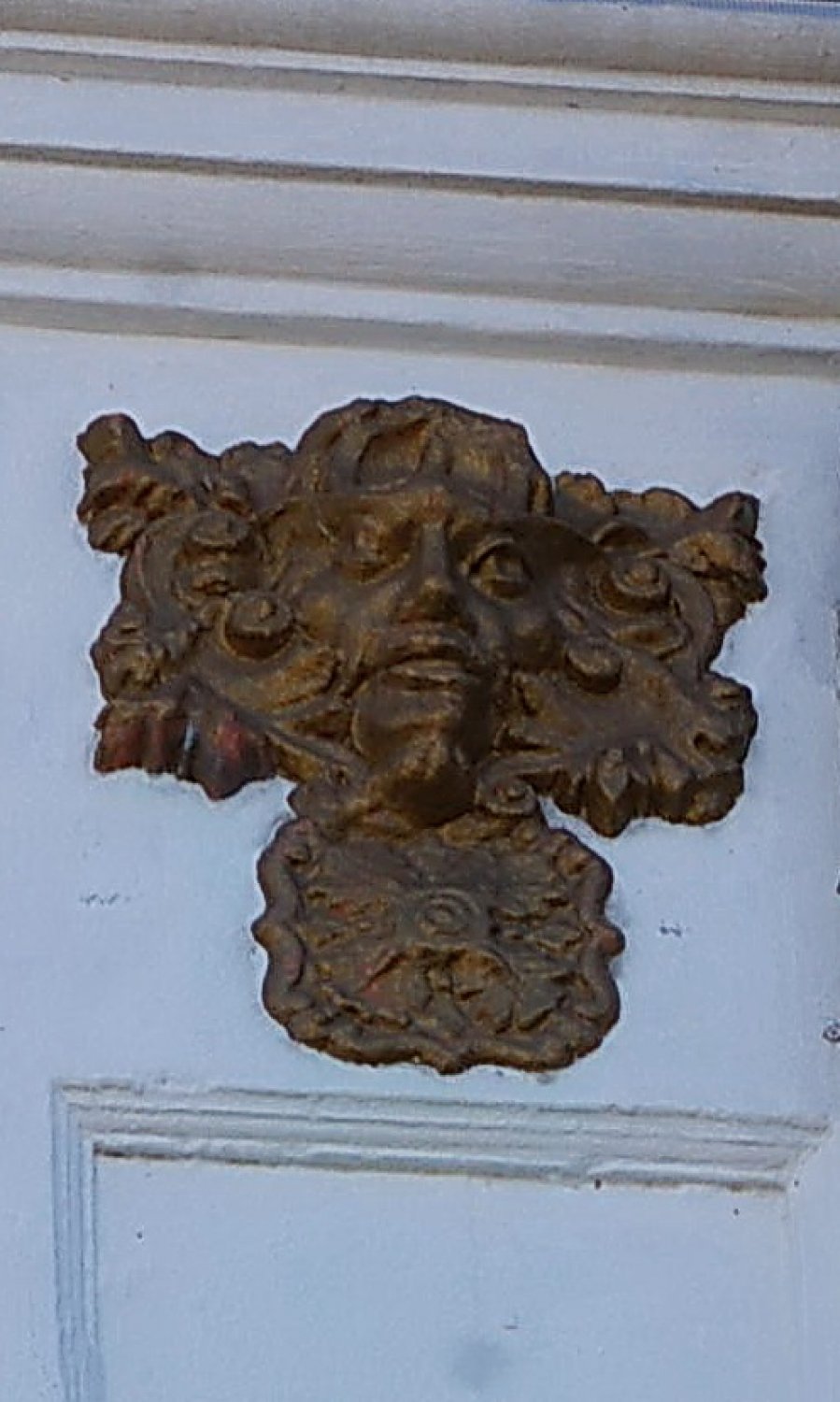 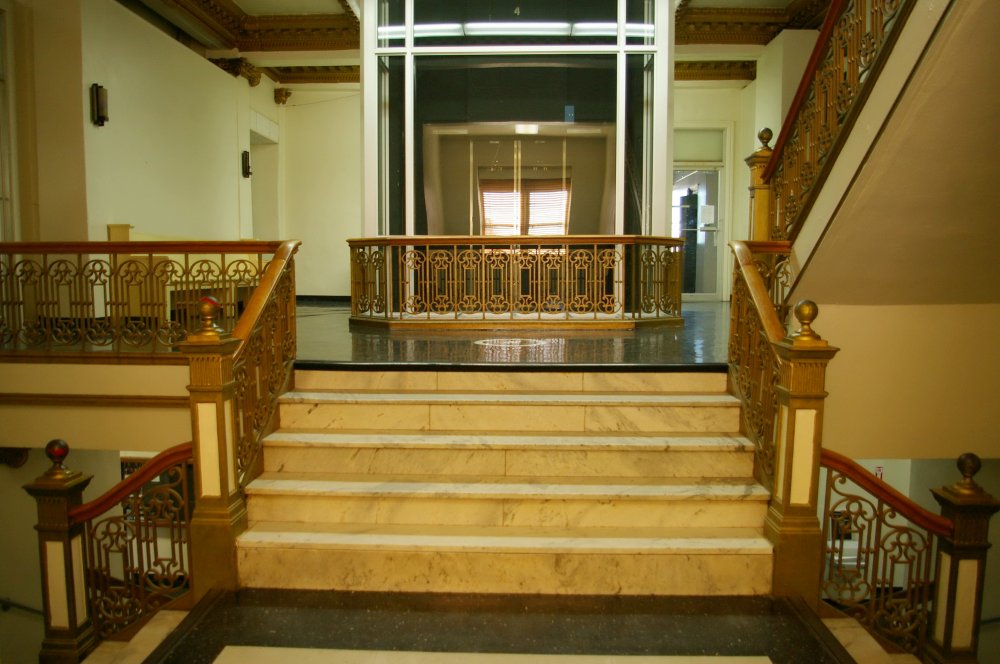 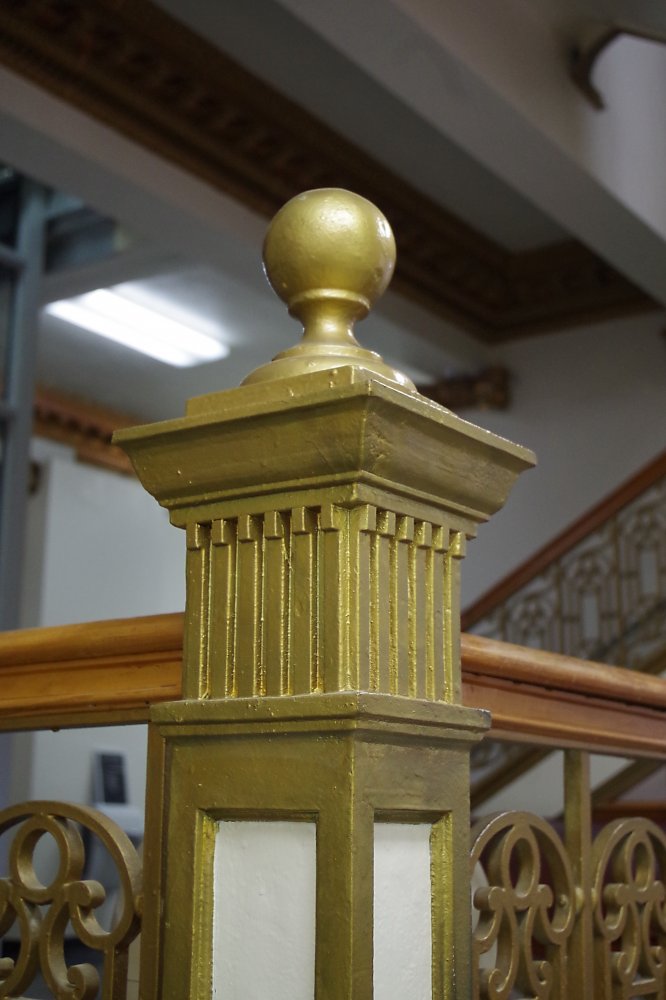