Mitchell County is named for Asa Mitchell and Eli Mitchell, who were two early settlers and soldiers in the Texas Revolution. 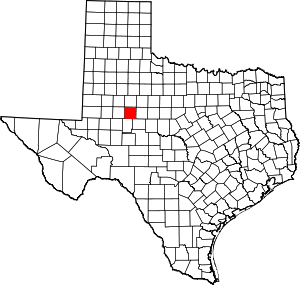 Description:  The building faces east and is a three story dark red colored brick and concrete structure. The building is located on spacious grounds in the center of the city. The east front has an extended center section with six large white colored columns rising from the top of the first story to the top of the third story. Behind the columns are white colored  panels. On the first story are three entrance doorways. A large white header runs to the roof line. Two white colored horizontal bands are near the roof line.  The District Court courthouse is located on the east side of the second story and the County Court courtroom is located on the first story. The building was remodeled in 1965. The architect was Allen & Allen and the contractor was G A Jones & S L Jones. 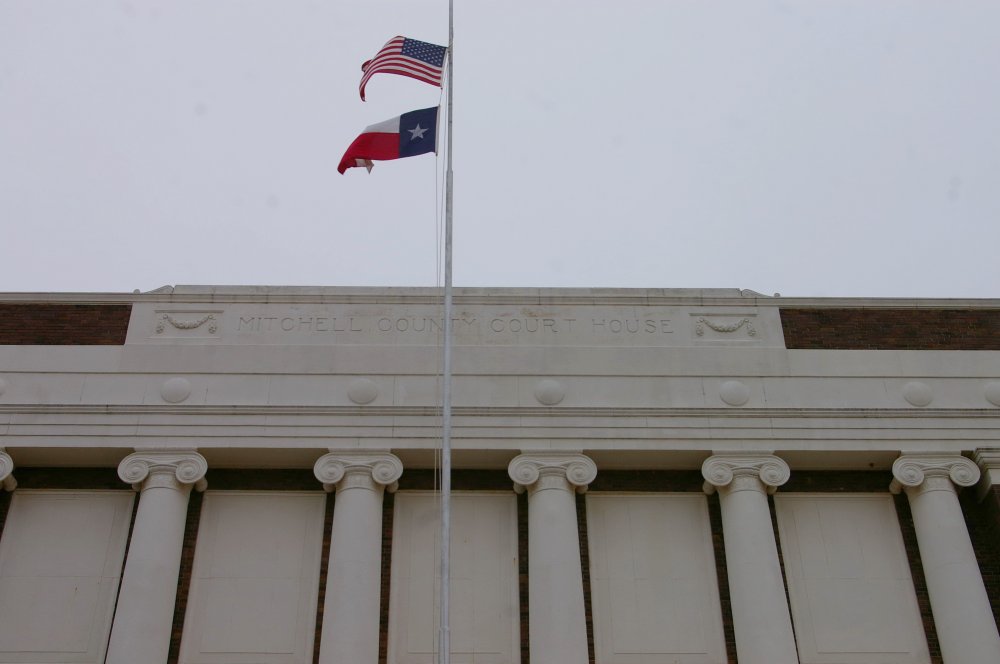 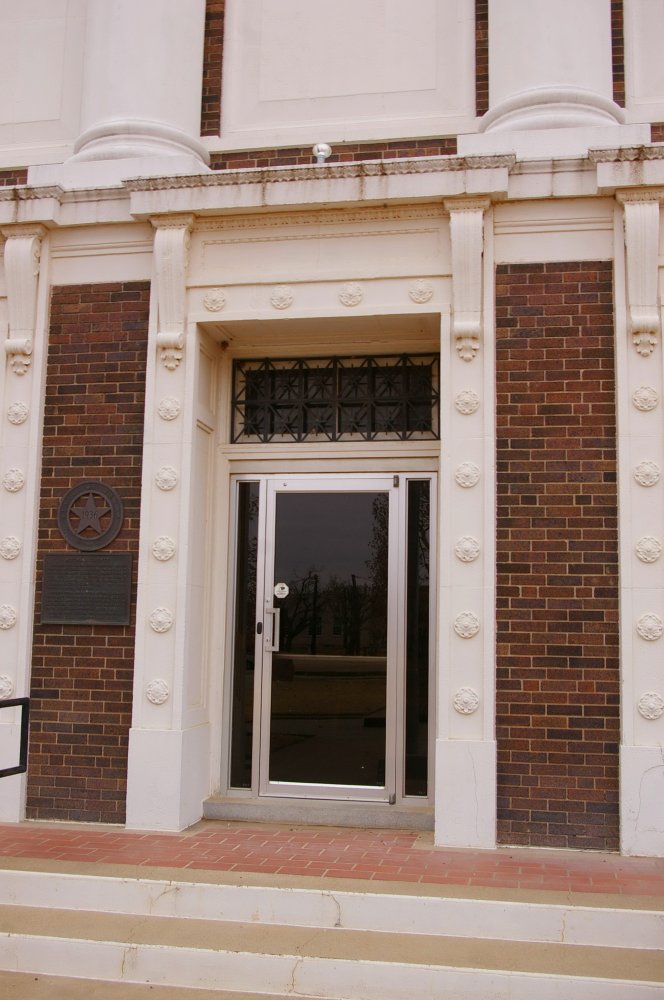 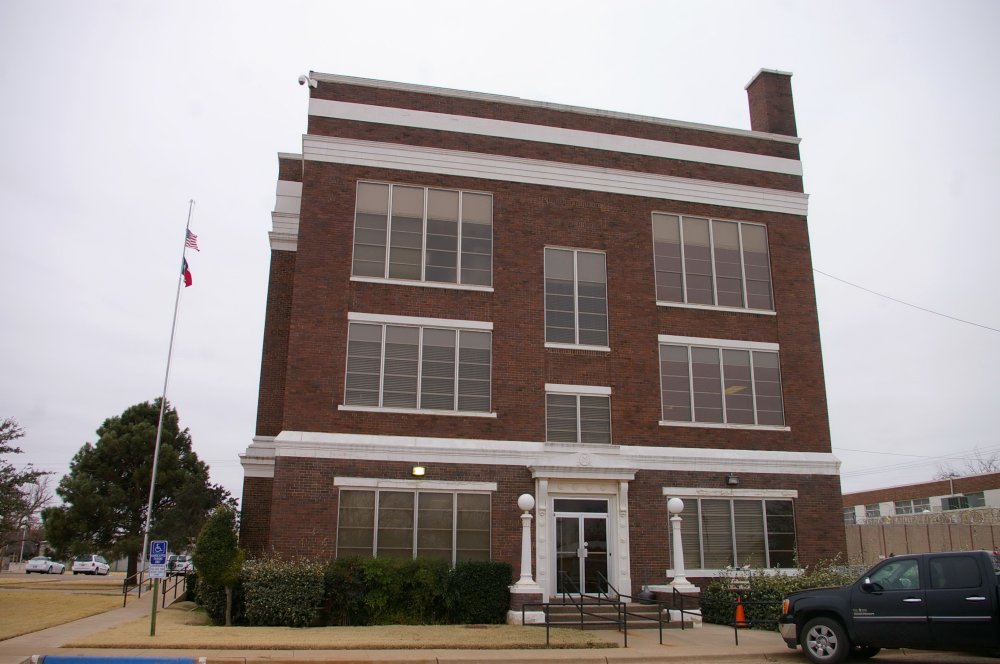 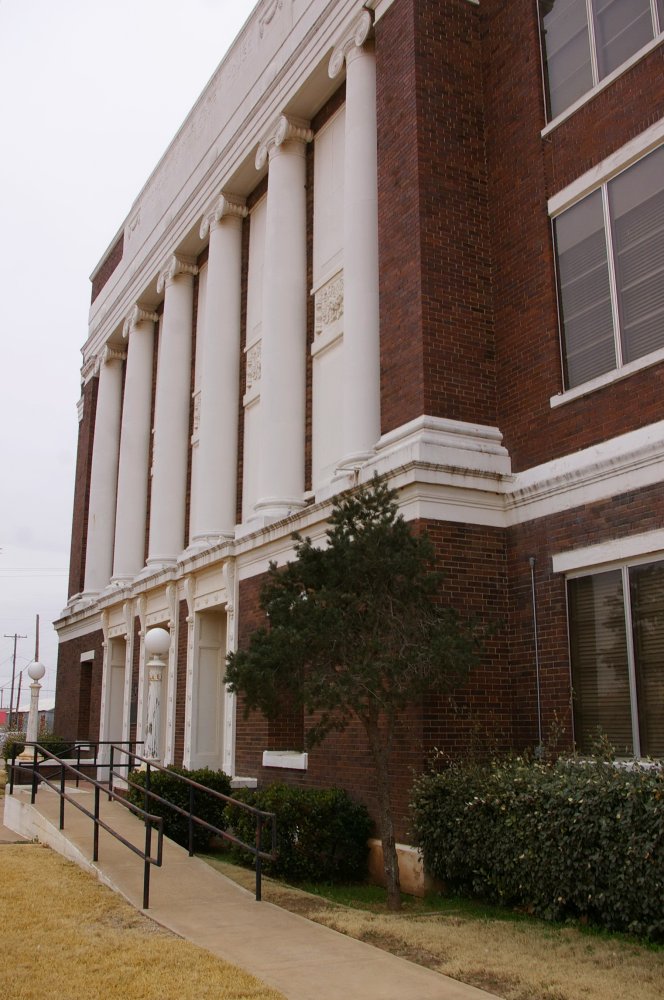