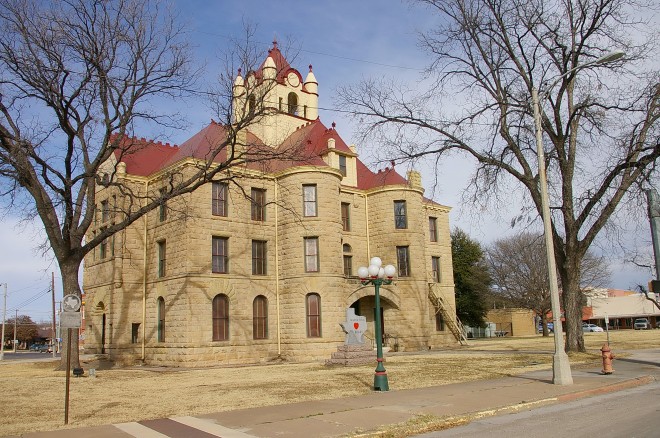 McCullloch County is named for Benjamin McCulloch, who was a famous Texas Ranger and Confederate general who was killed at the Battle of Pea Ridge.

Description:  The building faces south and is a three story yellow colored sandstone structure. The building is located on spacious landscaped grounds in the center of the city. The south front has two round towers on either side of the entrance which has a large arch on the first story. On the center of the roof is a large square tower with open arches and small turrets on each corner. the building was restored in 2009.