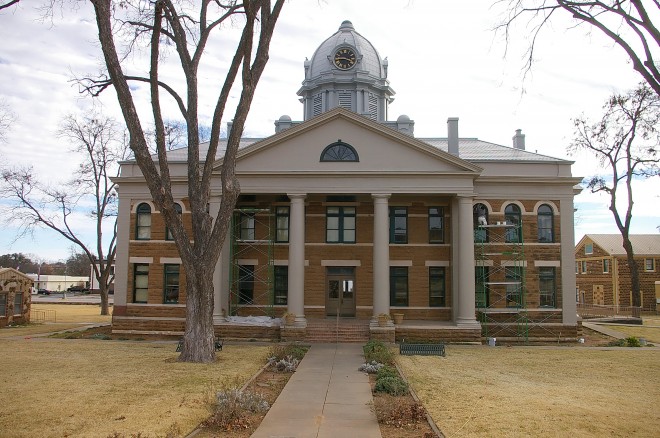 Mason County is named for Fort Mason which was located in Texas. 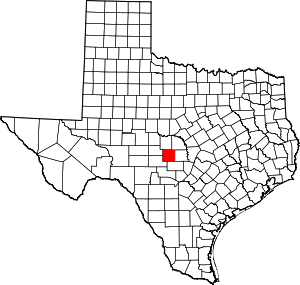 Description:  The building faced west and  was a two story granite, red colored brick and concrete structure. The building was located on spacious landscaped grounds in the center of Mason. The west front had a large portico with four Doric columns rising a wide pediment with fanlight at the roof line. There were porticoes on each of the other sides. The windows had stone headers. There was stone trim at the corners. On the center of the roof is an octagonal dome with clock at the top. The roof was hipped. On the east side of the building was a one story washroom building. In the interior there was a central east-west hallway. The courtroom was located on the second story. The building housed the State District Court and the Constitutional County Court. The architect was Edward Columbus Hosford & Company of Atlanta, Georgia and the contractor was Mutual Construction Company. The building was renovated in 1986. The building was destroyed by fire on February 5, 2021On the south side of the building is the old brownstone County Jail built in 1894. 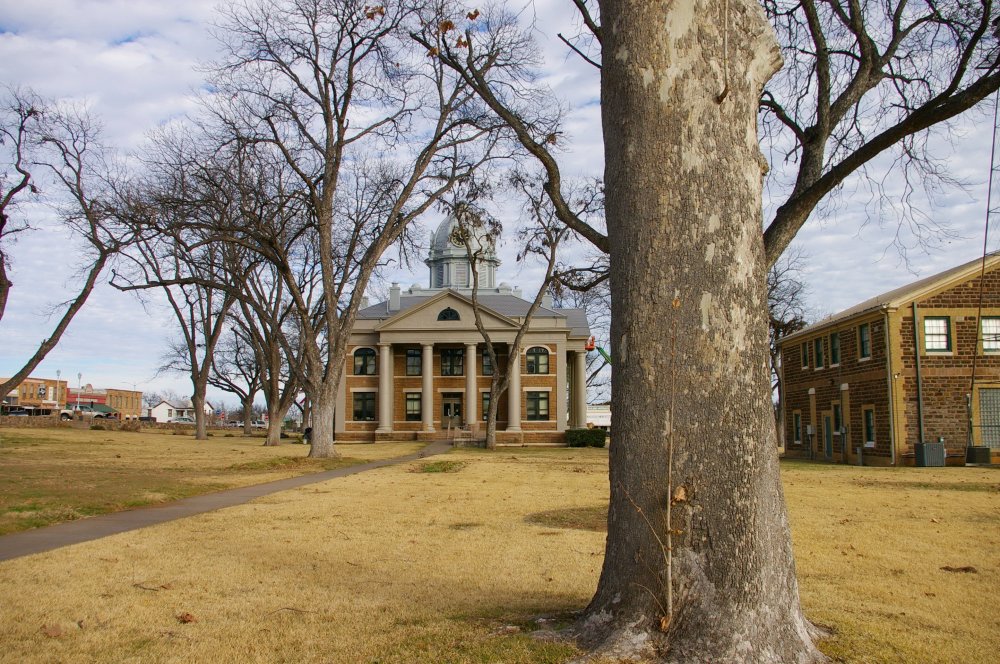 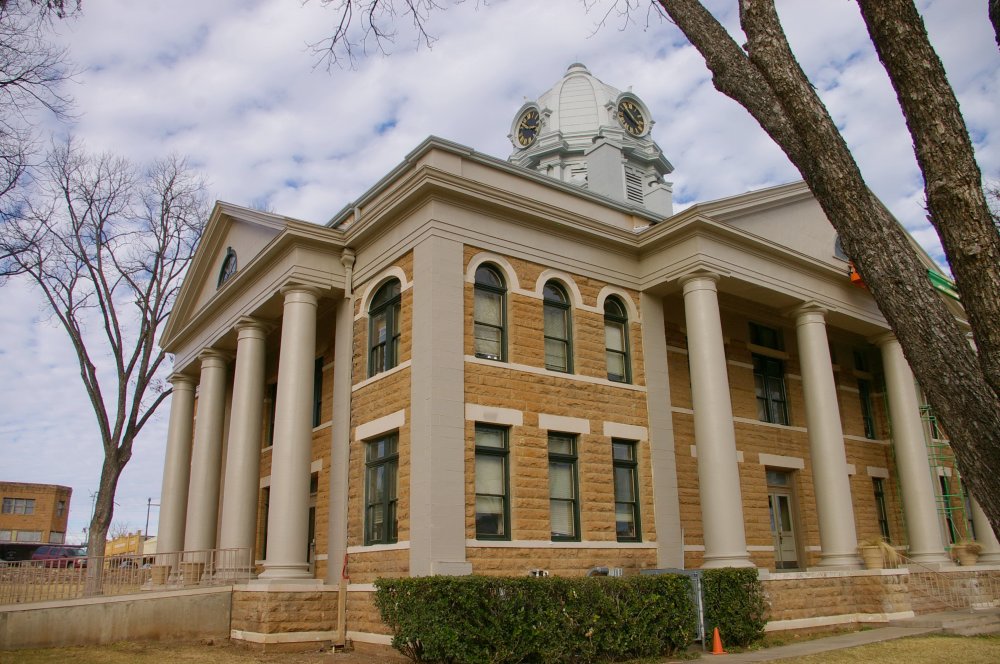 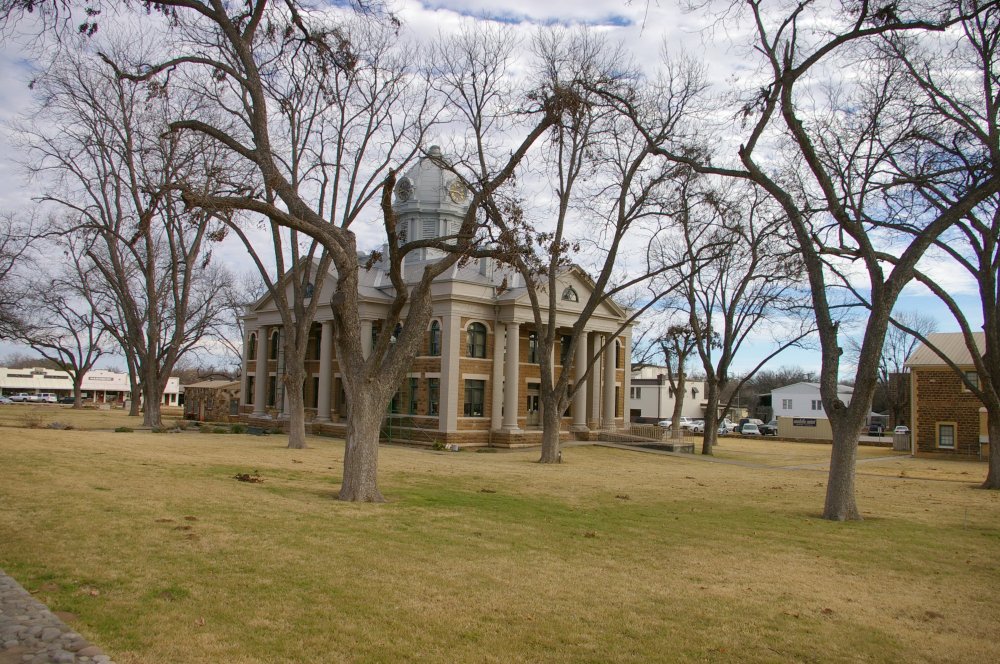 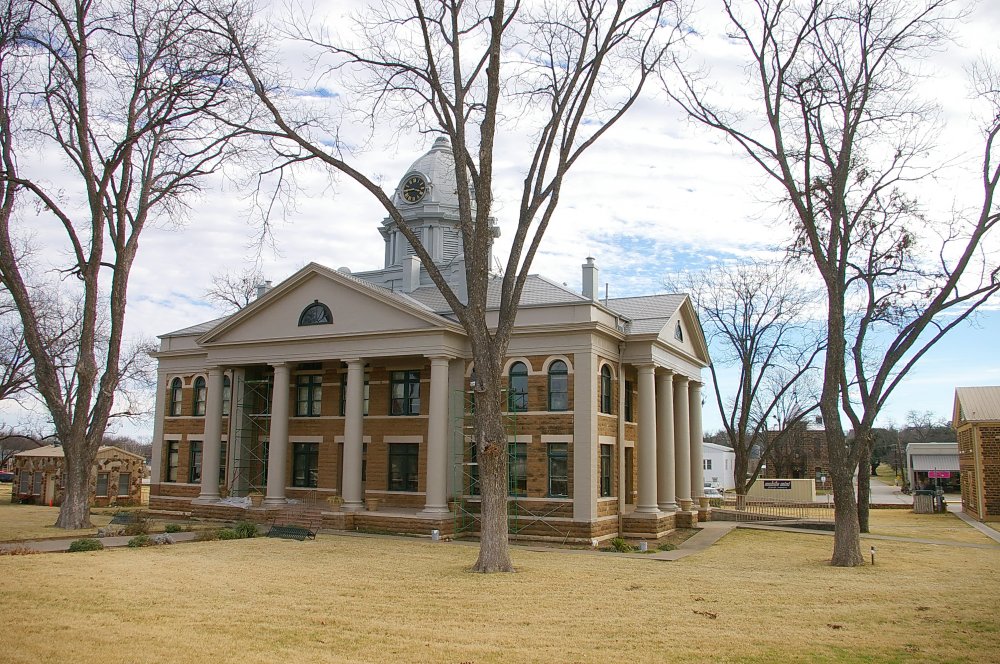 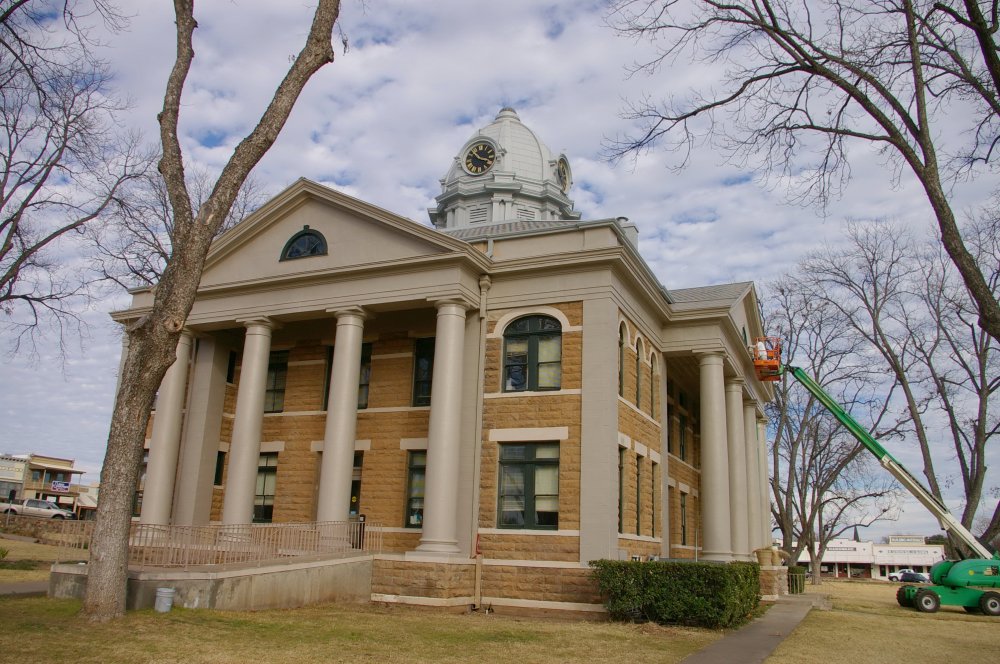 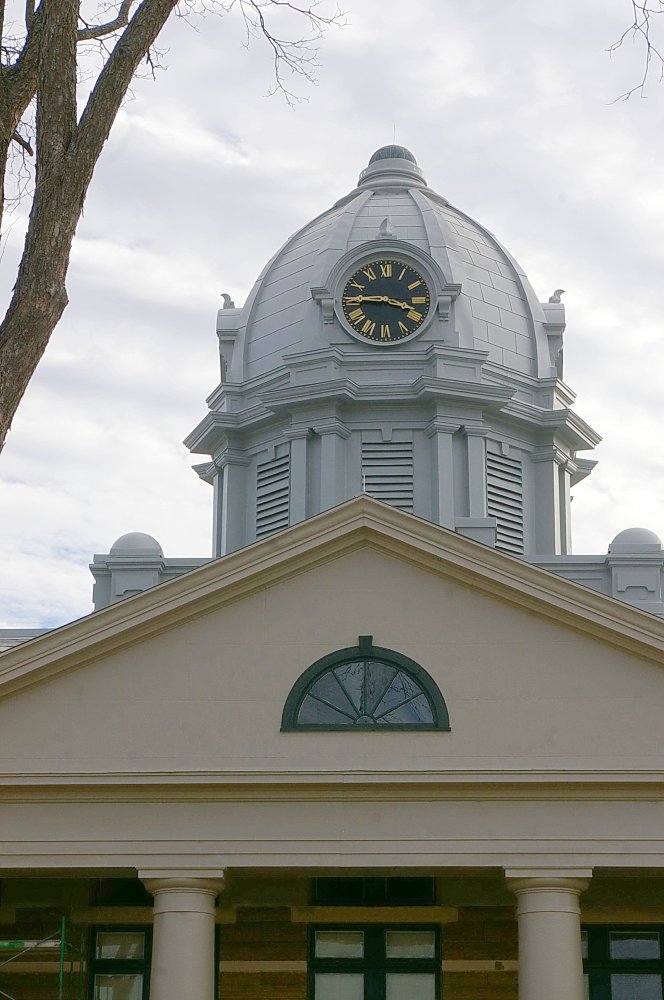 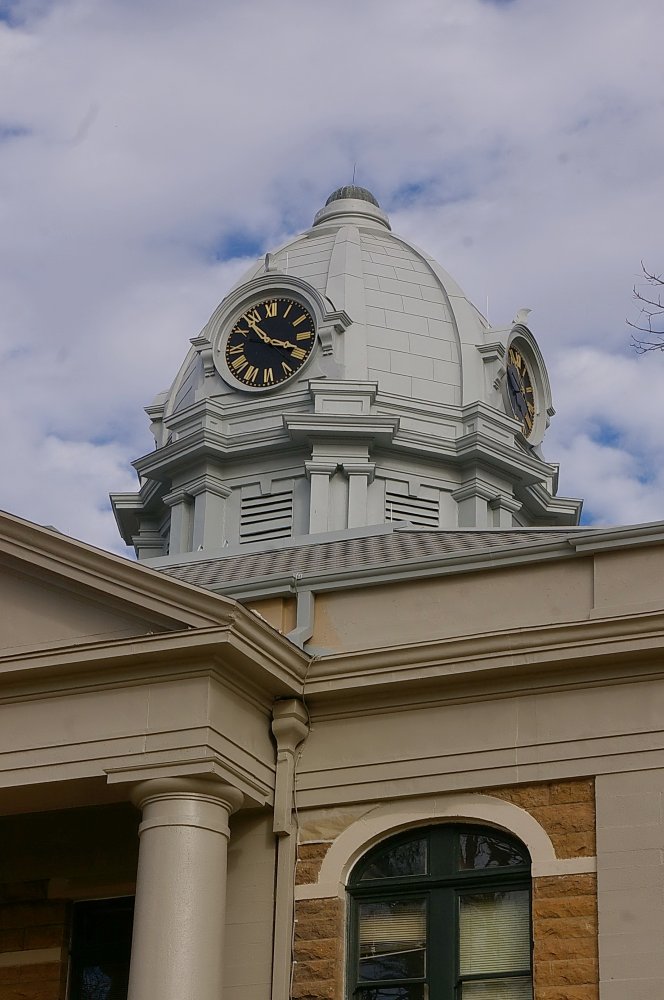 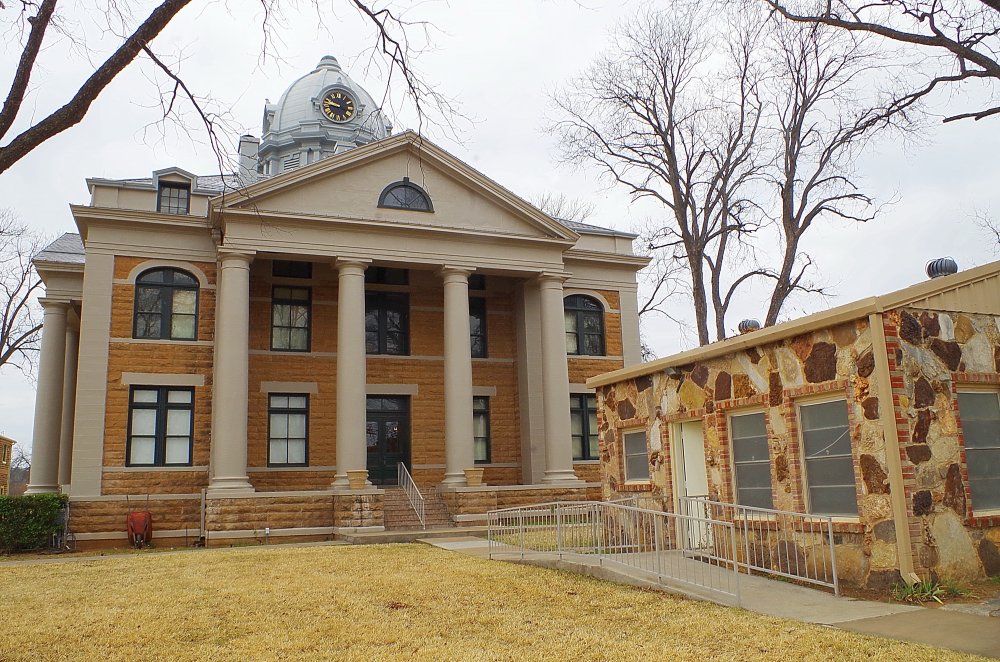 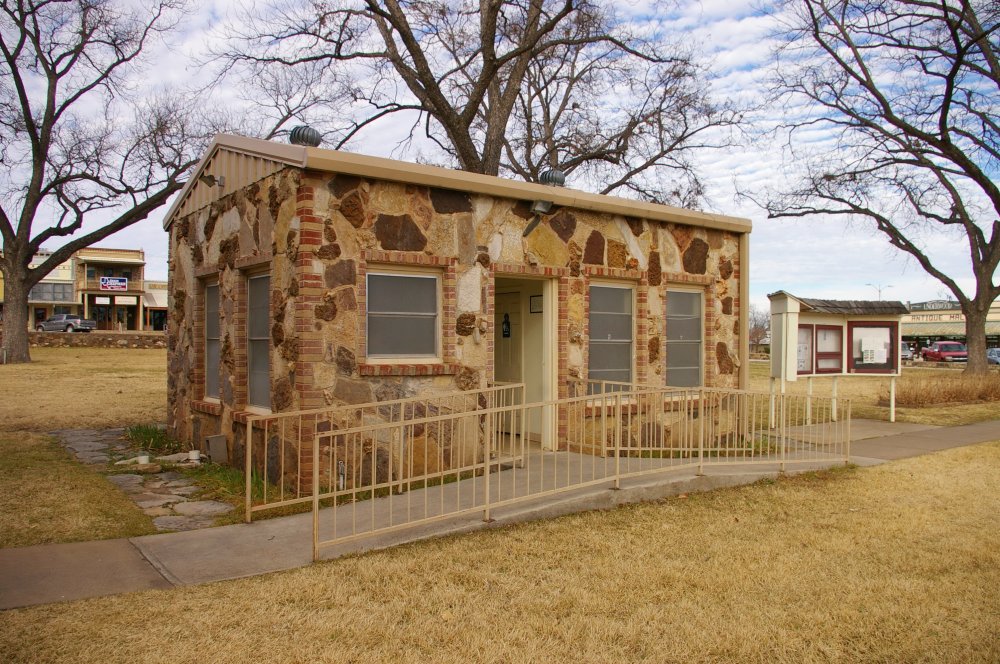 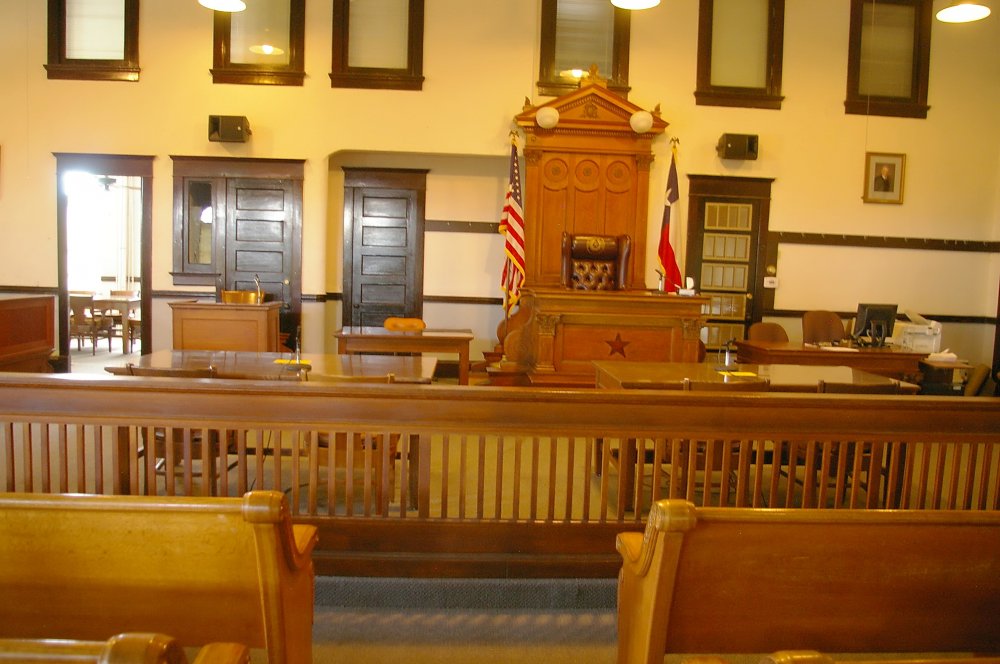 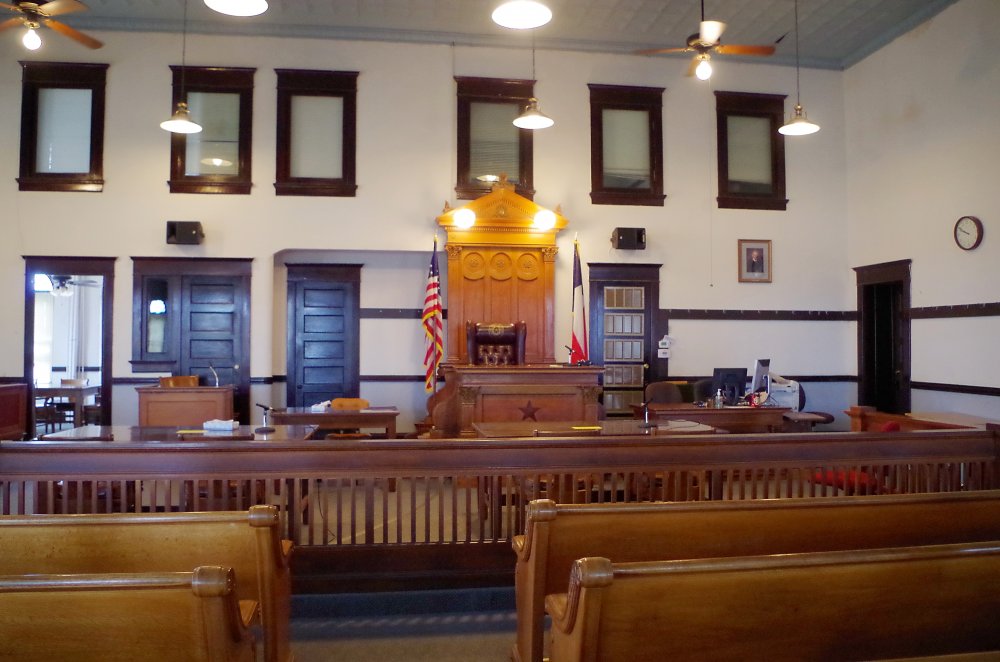 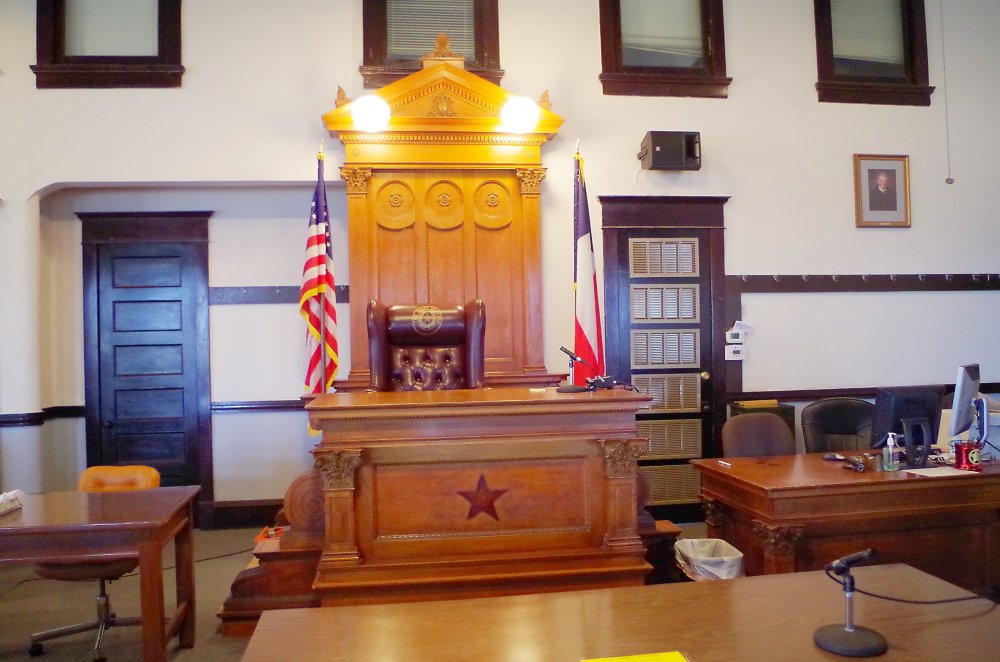