Martin County is named for Wylie Martin, who was an early settler in Texas.

Description:  The building faces northeast and is a one story structure. The building is located on landscaped grounds in the center of the city. The building is a rectangular shape with a flat roof line. The roof overhangs and is supported by numerous pillars. The main entrance on the east side is located towards the south. On the west side of the building is the old two story jail built in 1908. 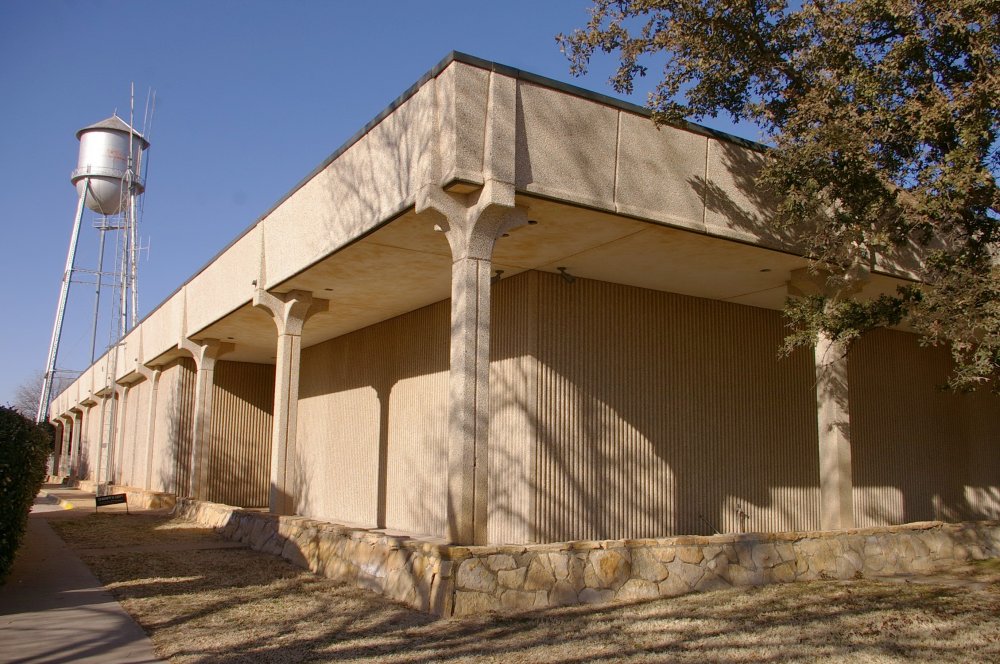 Monument with columns from 1908 County Courthouse