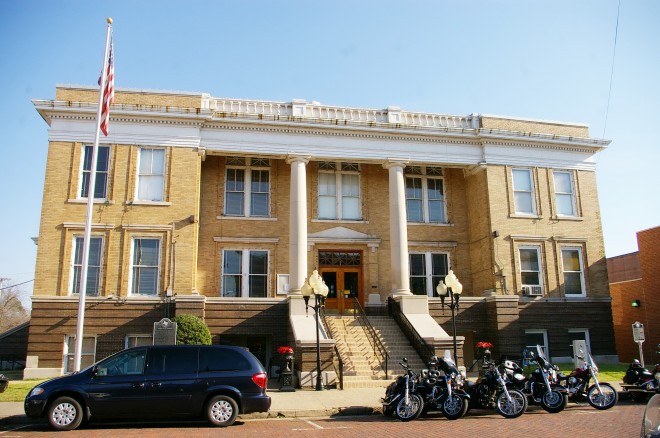 Marion County is named for Francis Marion, who was a general during the American Revolutionary War.

Description:  The building faces northwest and is a two story yellow colored brick and concrete structure. The building is located on landscaped grounds in the center of Jefferson. The northwest front has a large porch with two high white colored columns. The recessed entrance has a small pediment above the doorway. The south side has a a similar porch. A balustrade runs along the flat roof line. The base of the building is dark brown colored brick. 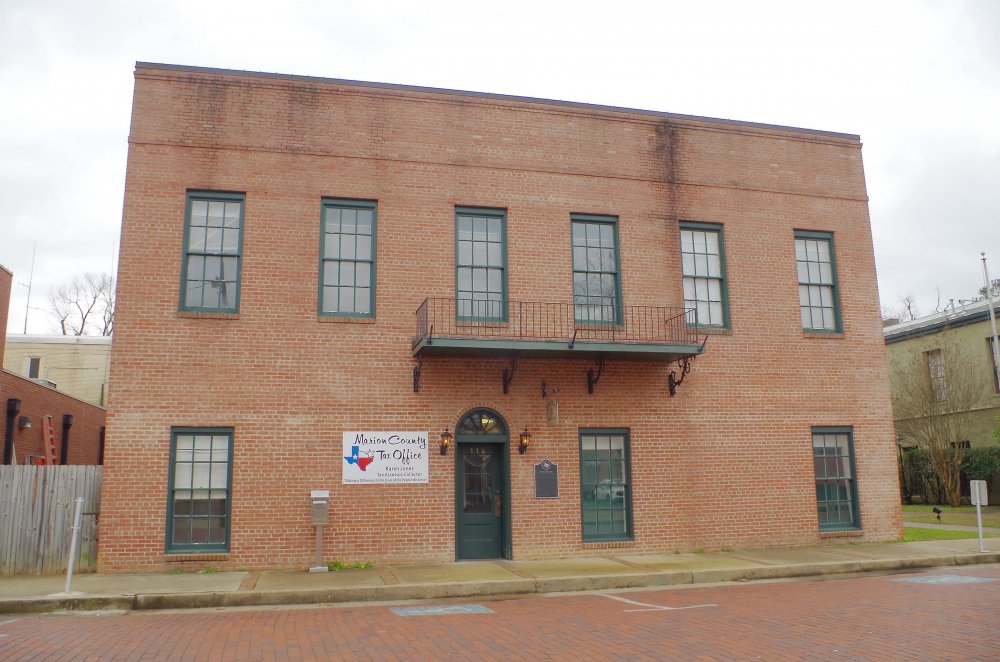 Description:  The building faces northwest and is a two story red colored brick and concrete structure. The rectangular shaped building is located in the center of Jefferson to the southwest of the courthouse. The northwest front has a central entrance and the roof line is flat. The building contains a courtroom.

Note:  The building served as the courthouse from 1884 until 1912. The brothers John C Murphy and James M Murphy built this structure as a warehouse in the riverfront district. In 1884 the building was remodeled for county offices and courts. In 1915 it became the City Hall. In 1983, the building became a county office. 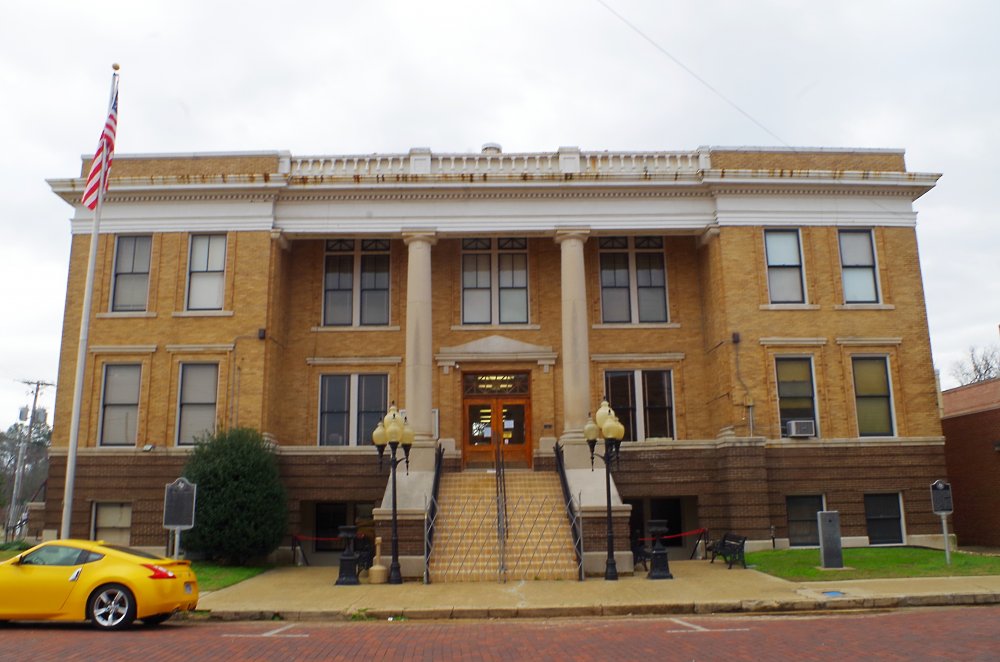 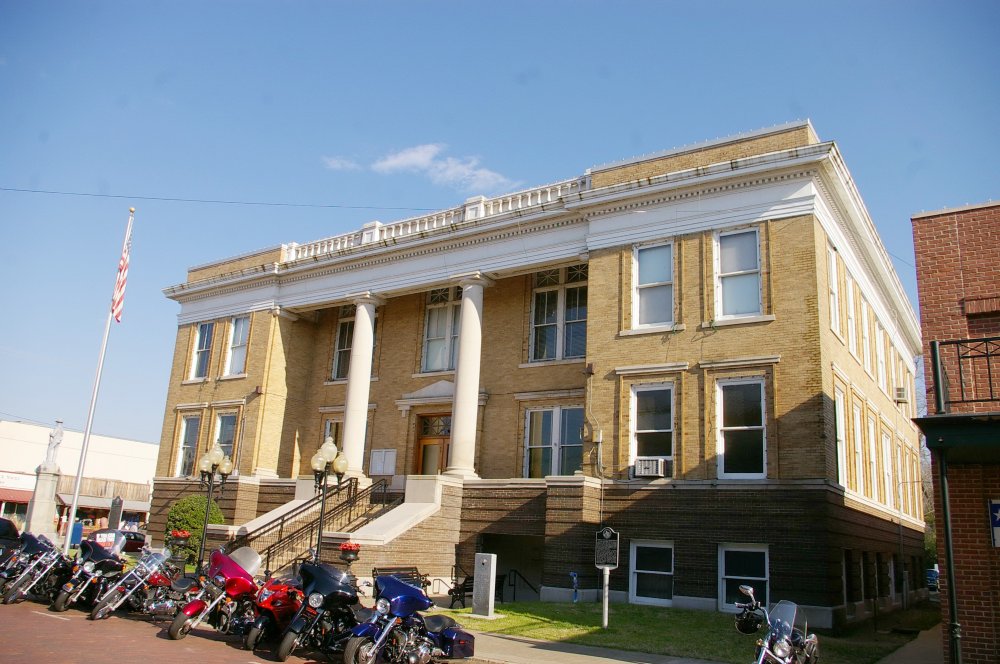 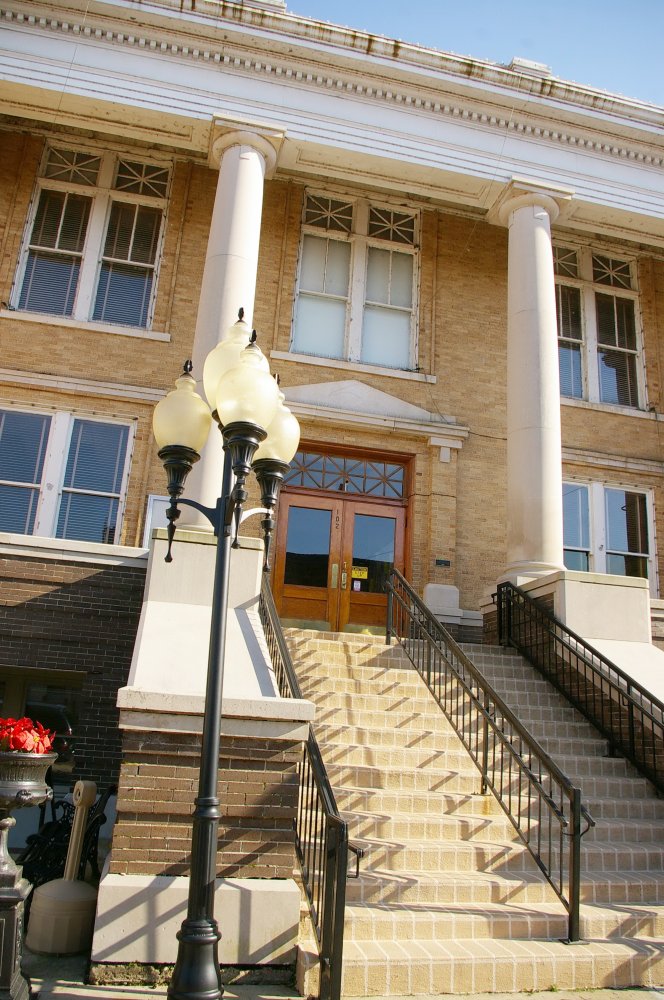 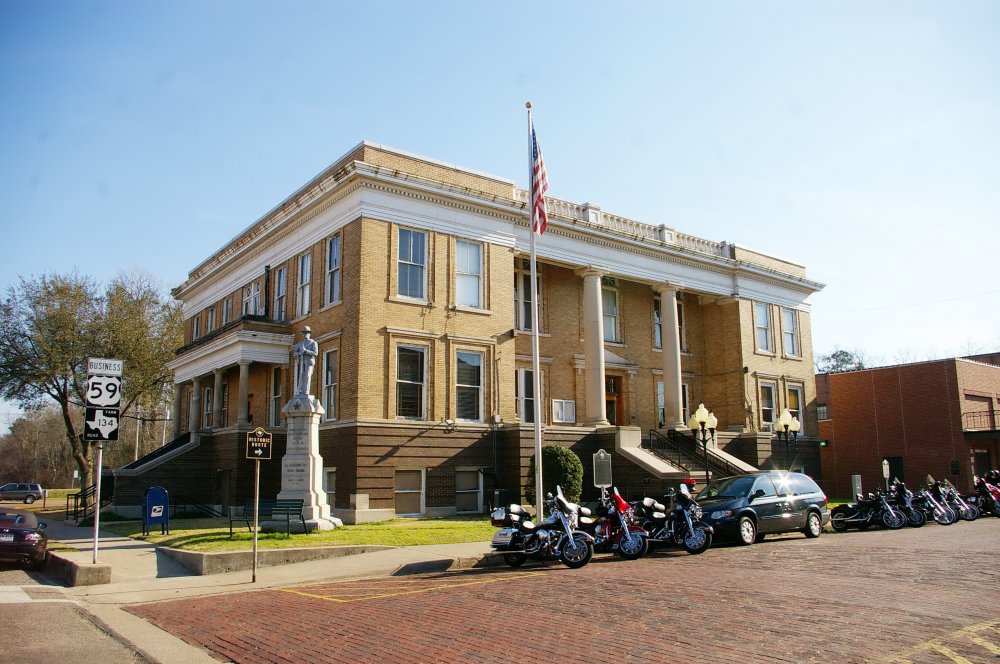 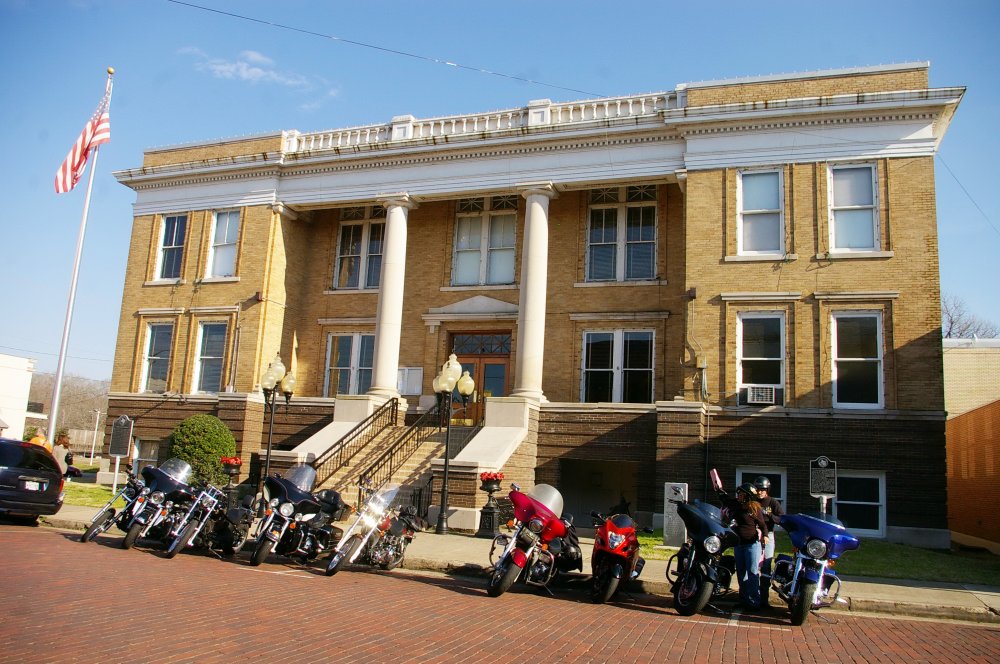 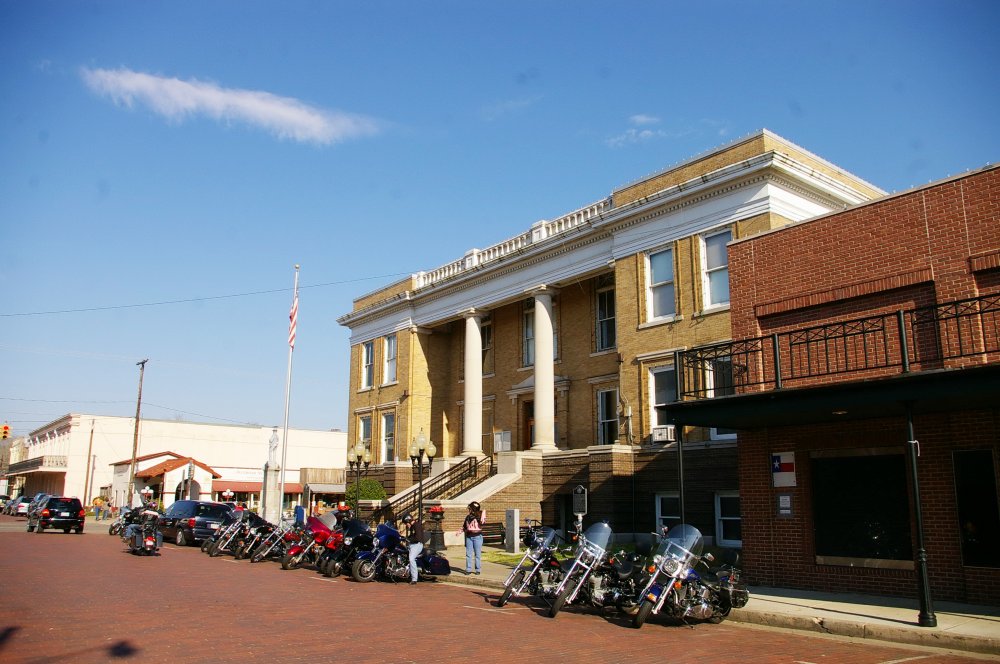 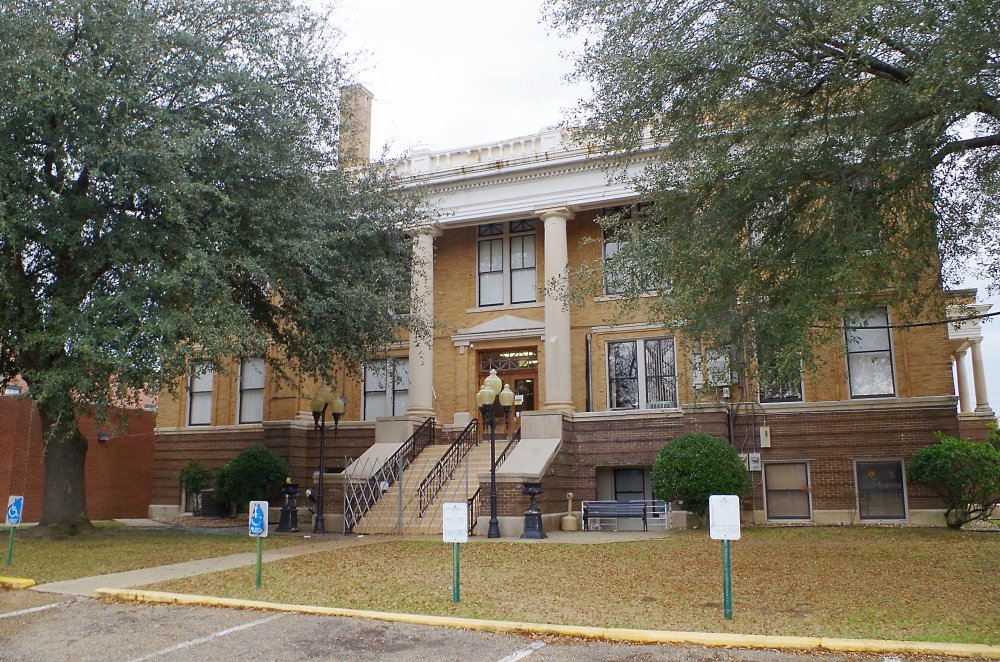 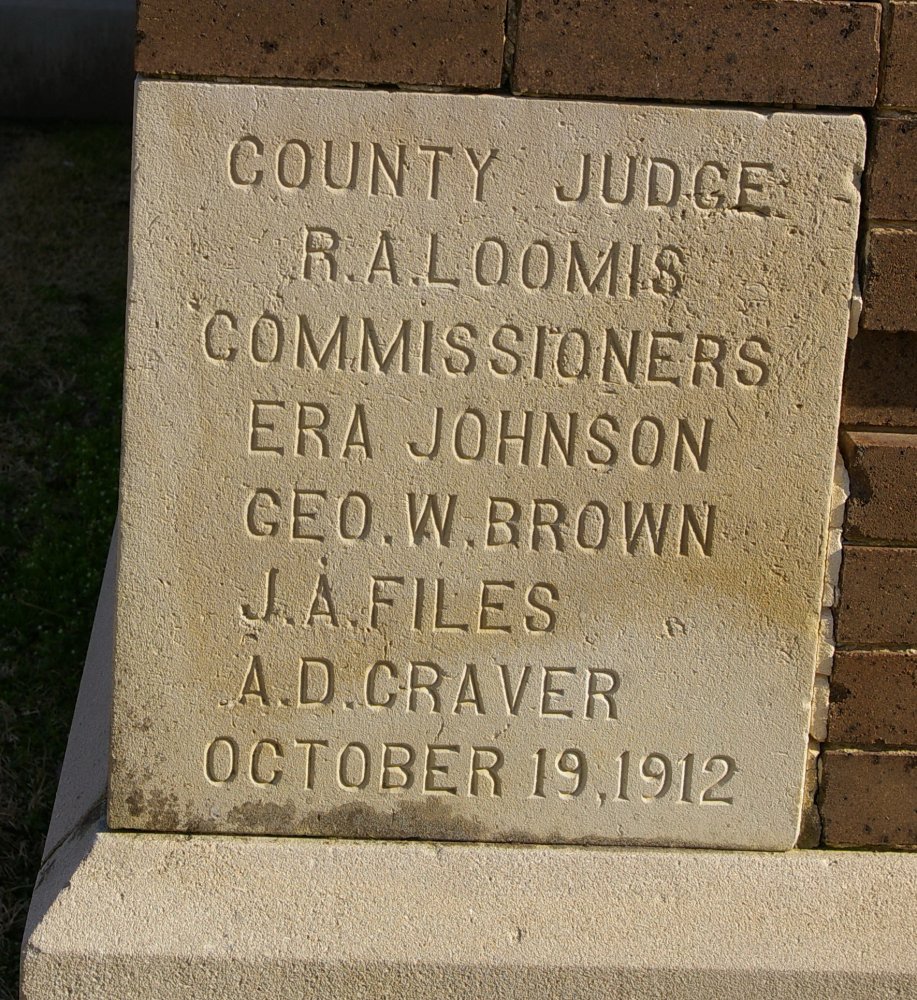