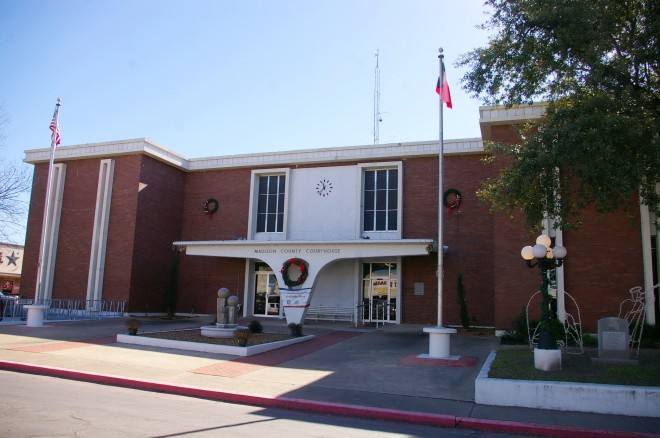 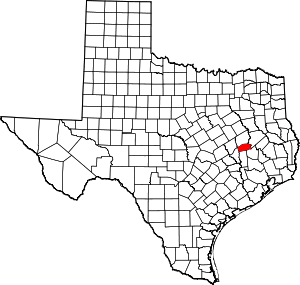 Description:  The building faces northwest and is a two story concrete and red colored brick structure. The building is located on landscaped grounds in the center of the city. The northwest front has a recessed center section with a canopy extending over the first story entrance. Above is a clock with large windows on either side. A horizontal white colored band runs along the flat roof line. The east and west sections project from the main building and have vertical white colored pilasters. The southeast side of the building has a central wing. The District Court courtroom is located on the south side of the second story and the County Court courtroom is located in the basement. 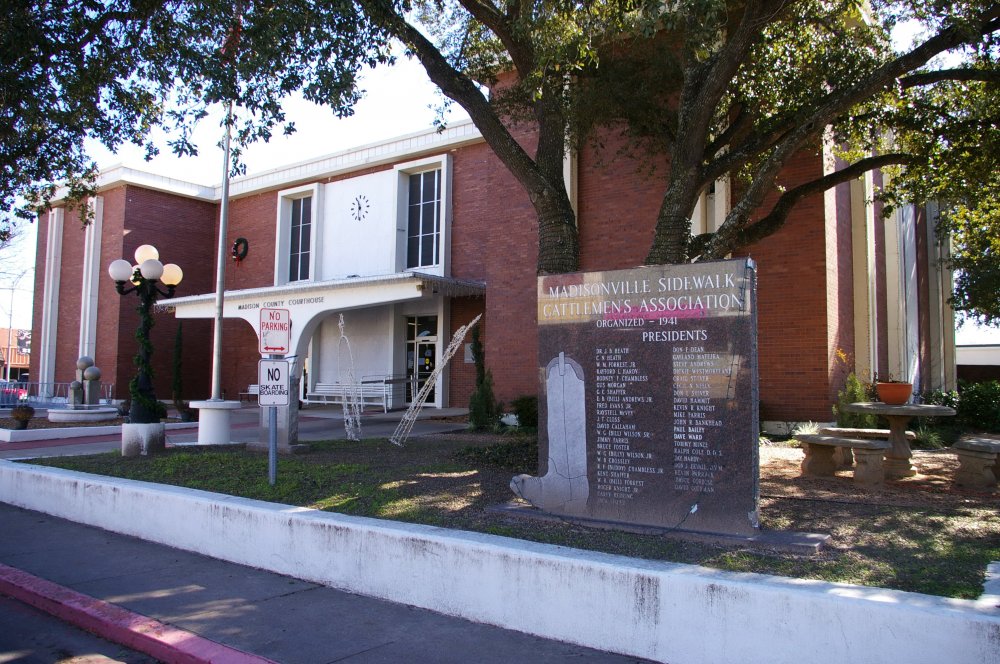 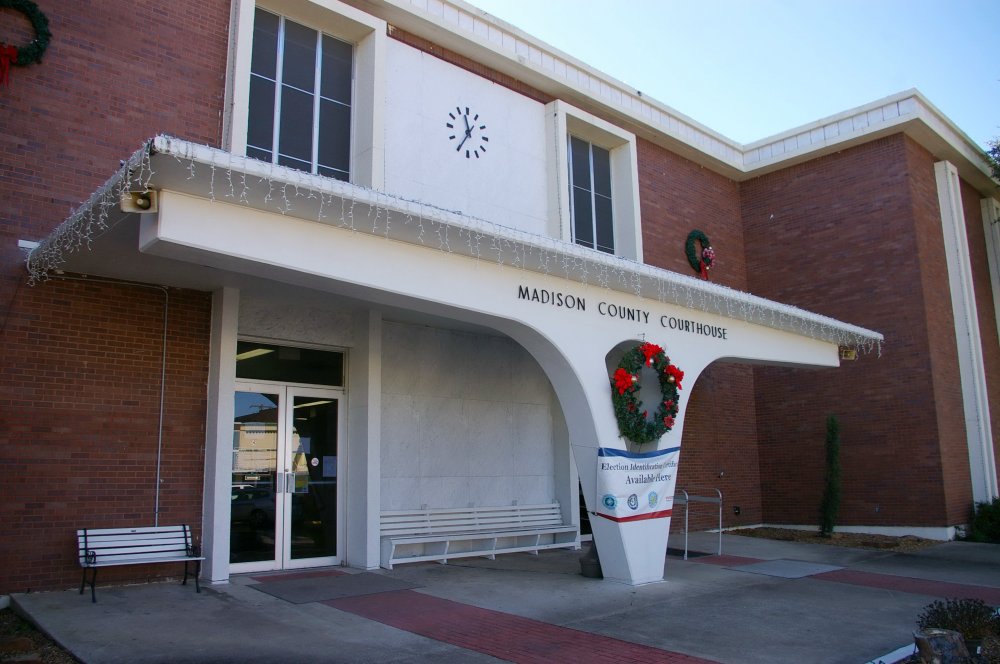 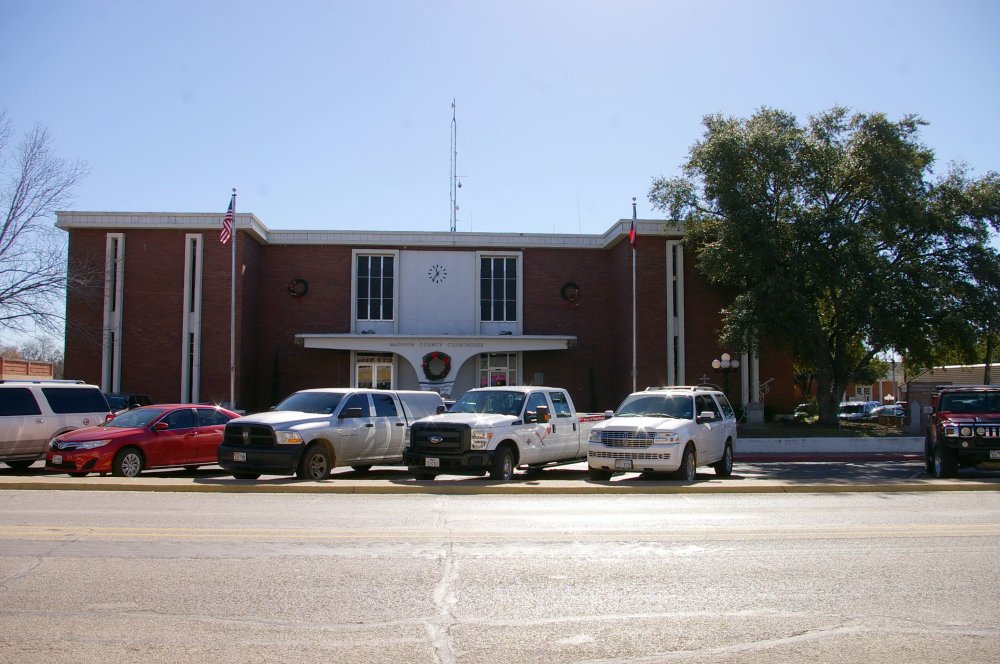 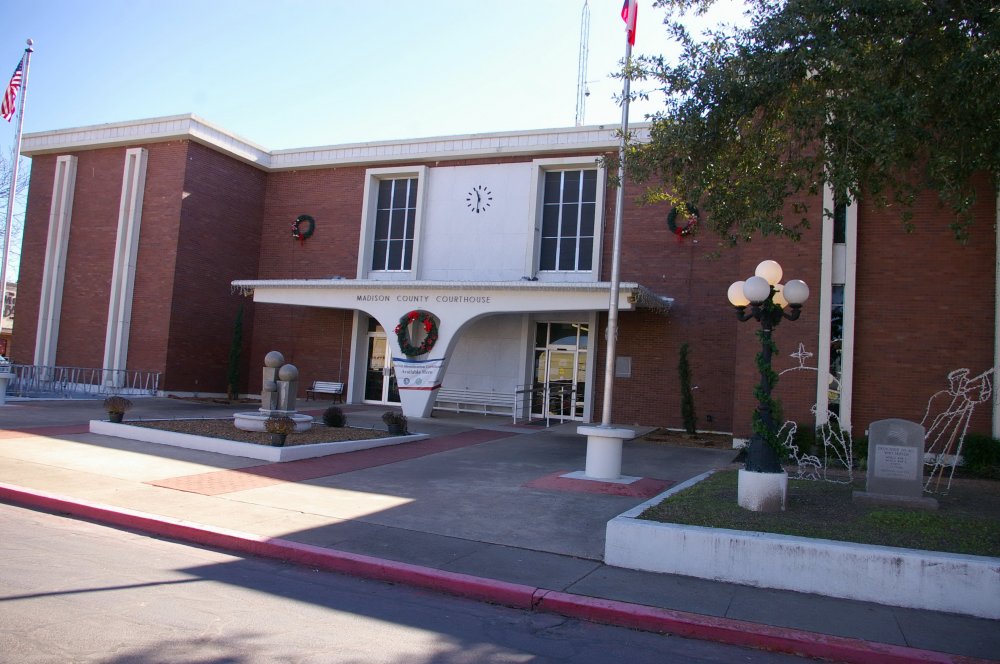 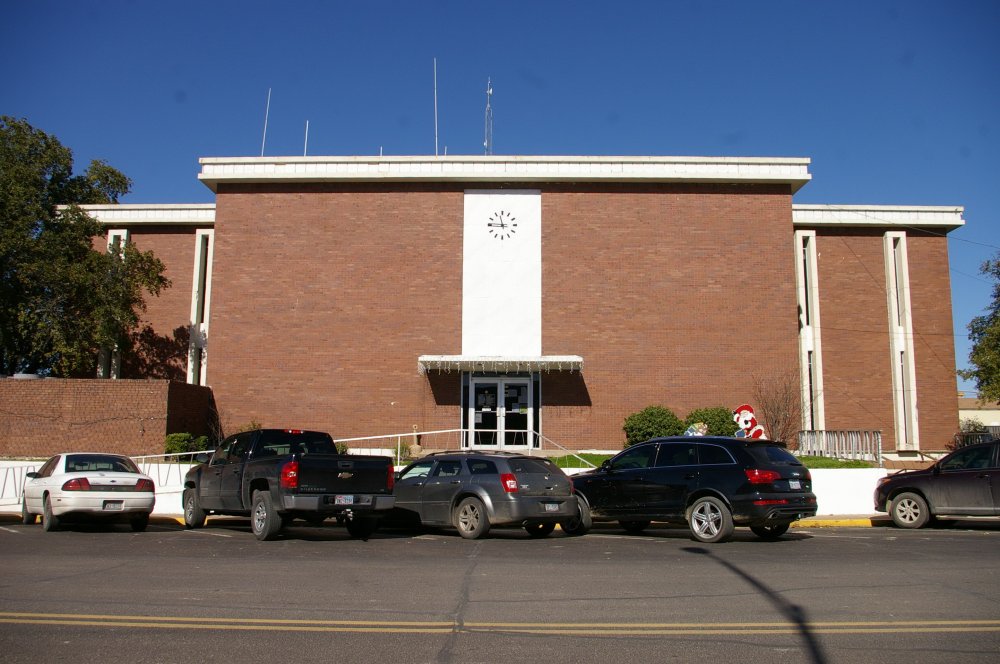 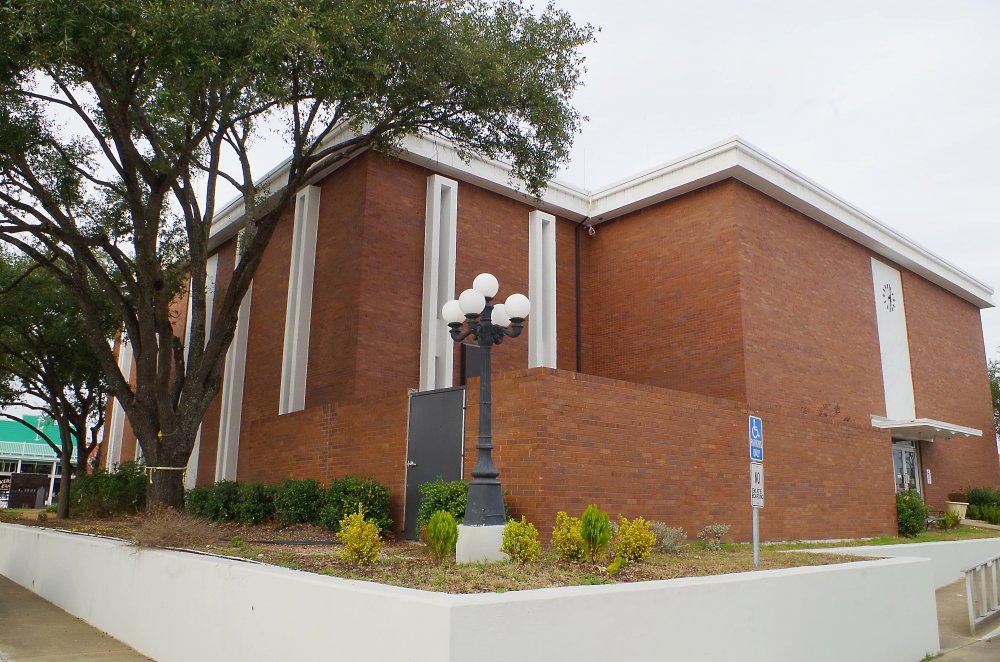 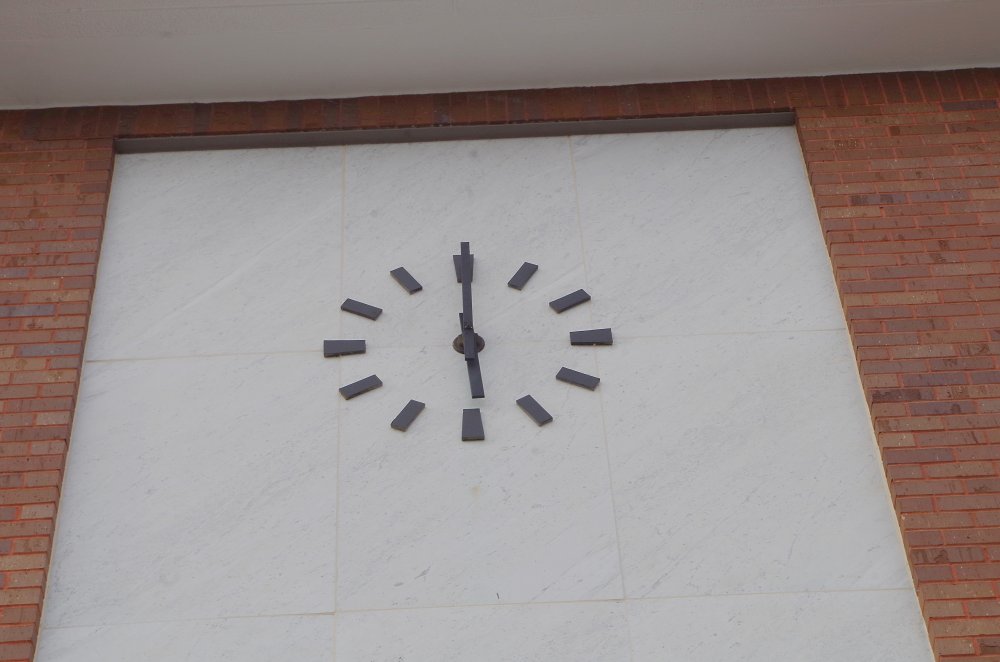 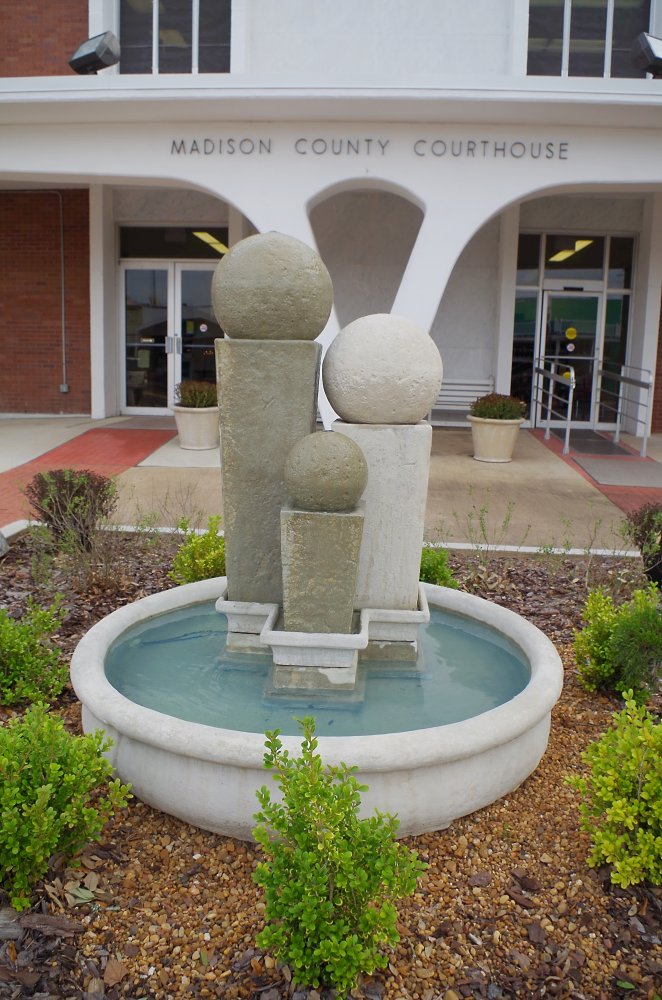 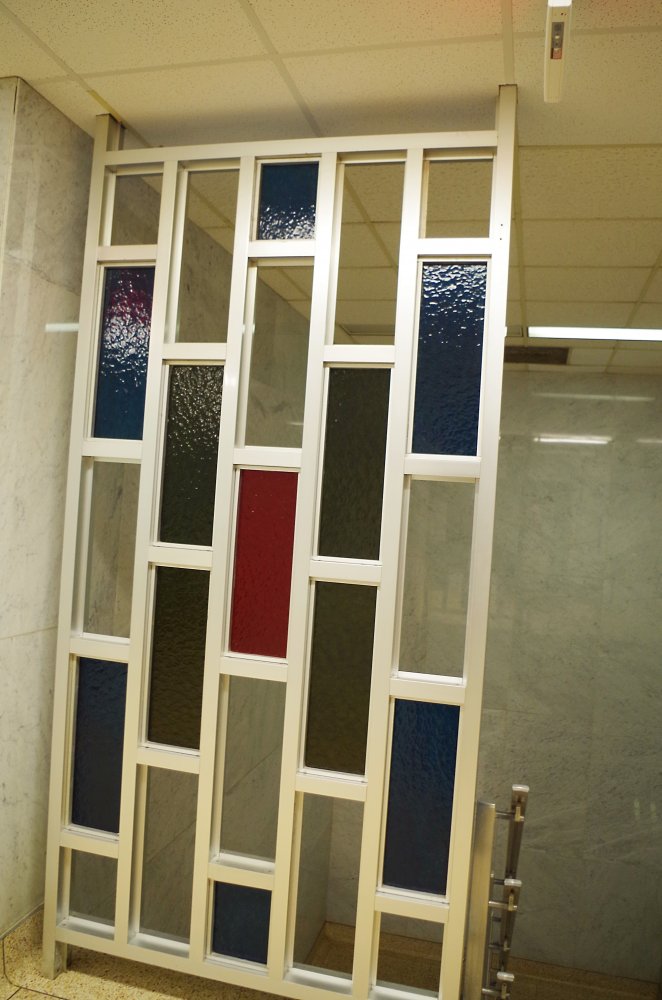 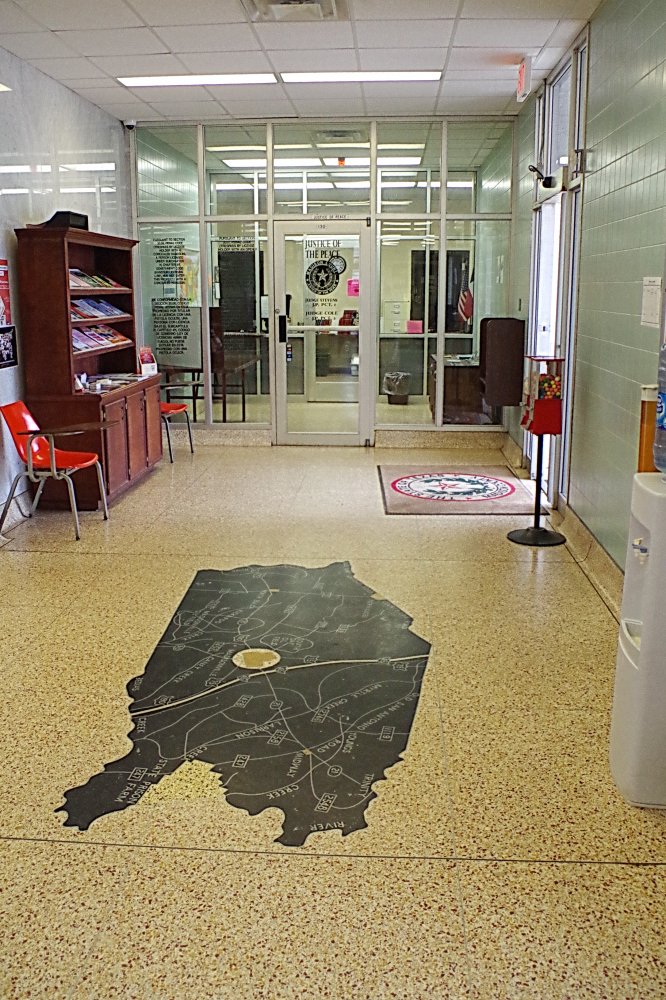