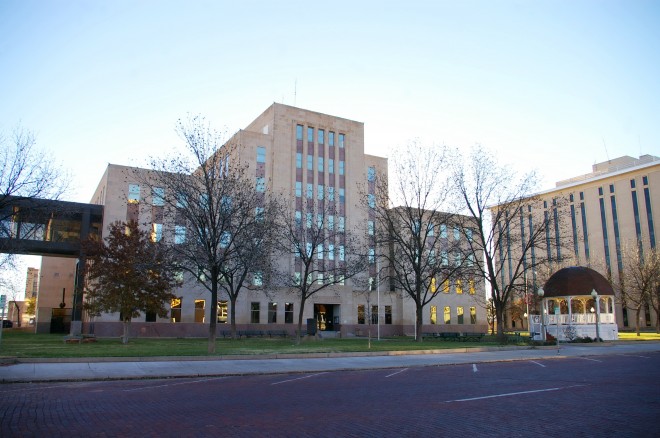 Lubbock County is named for Thomas Saltus Lubbock, who was a Texas Ranger and soldier in the Confederate army during the American Civil War.

Description:  The building faces west and is an eight story limestone, granite and concrete structure. The building is located on landscaped grounds in the center of the city. The east side has a one story portico with square pillars. The west front has a central tower rising eight stories with lower north and south wings. There are vertical panels between the windows. The base of the building is pink colored granite. The courtrooms are located on the third and sixth stories. On the west side of the building is a park.  An addition was added in 1968. In 1992, the County purchased the National Bank Building on the north side and connected the building with a skybridge. 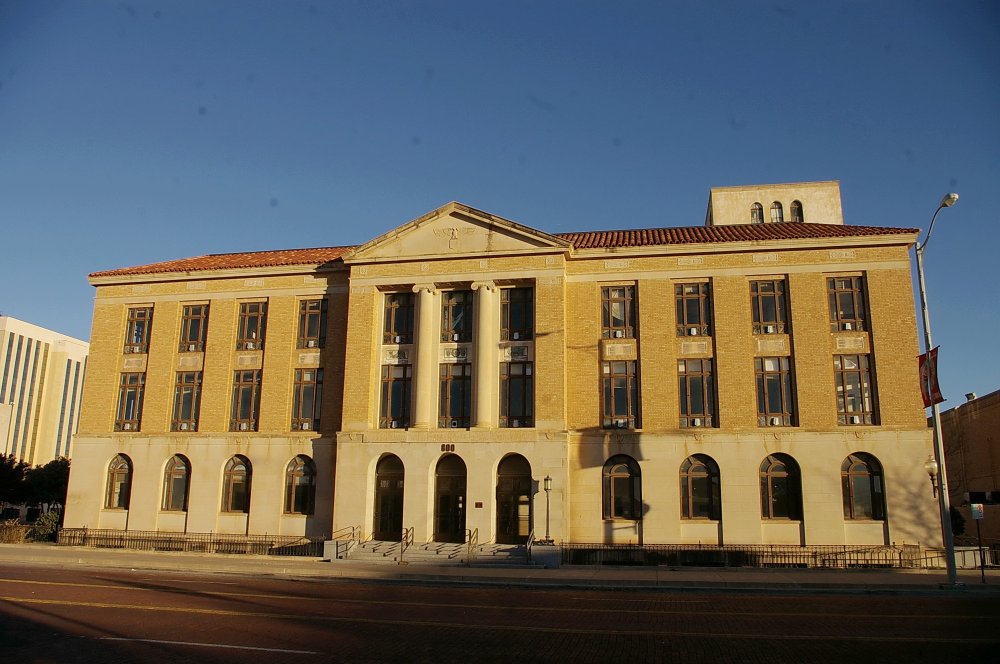 Description:  The building faces south and is a three story red colored brick and limestone structure. The building was completed  a Post Office and Federal Building. The first story has buff colored limestone on the first story and red colored brick on the upper stories. The south front has a projecting center section with three arches and recessed entrance on the first story and with vertical dividers on the second and third stories with recessed windows between. There is a pediment at the flat roof line.

Note:  The cost of construction was $4,700,000. The building ceased to serve the federal government in 1968. The building now houses the County Administration until 1998. More recently John Thompson (Austin) and Jeff Sagansky (New York) of Elm Tree Partners and John Snyder (Oklahoma) have offered $425,000 for the 28,000 square feet (2,600 m2) building. The offer was accepted by Lubbock County Commissioners and plans are to convert the building to apartment or hotel rooms, dining, or office space. 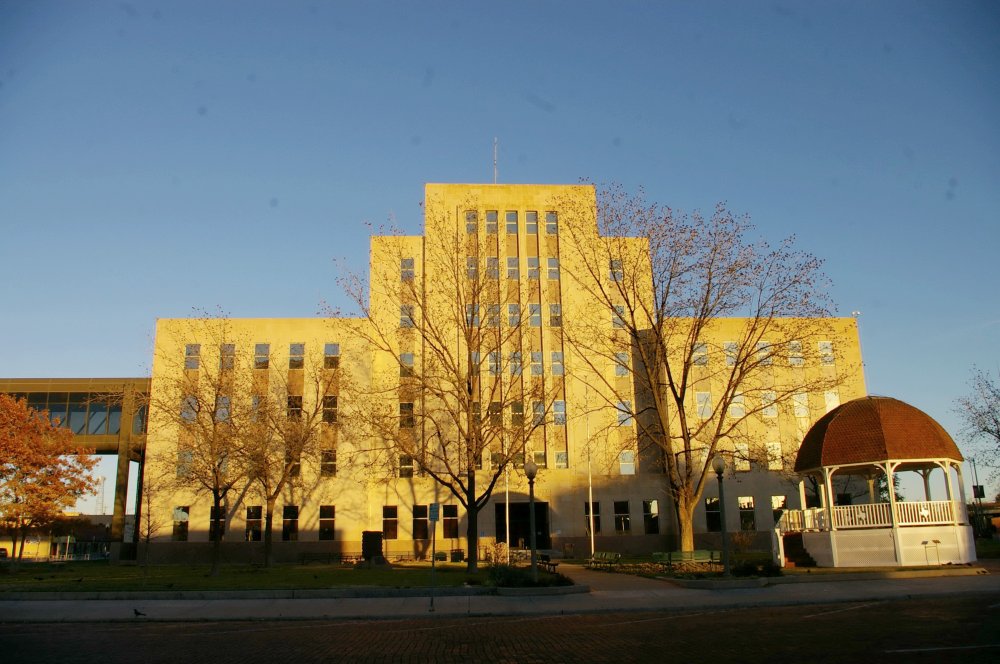 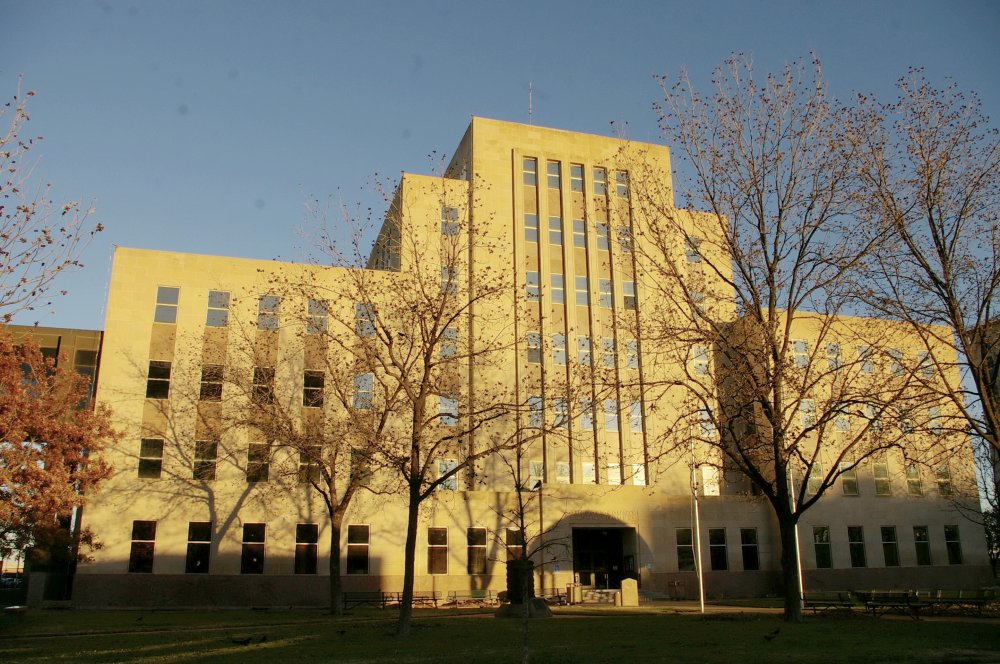 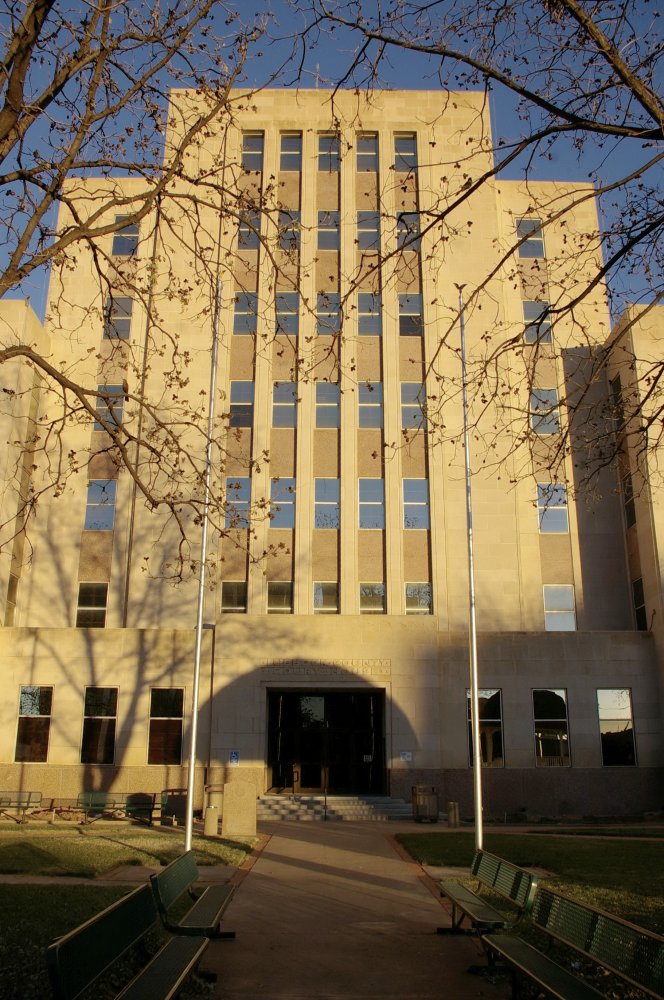 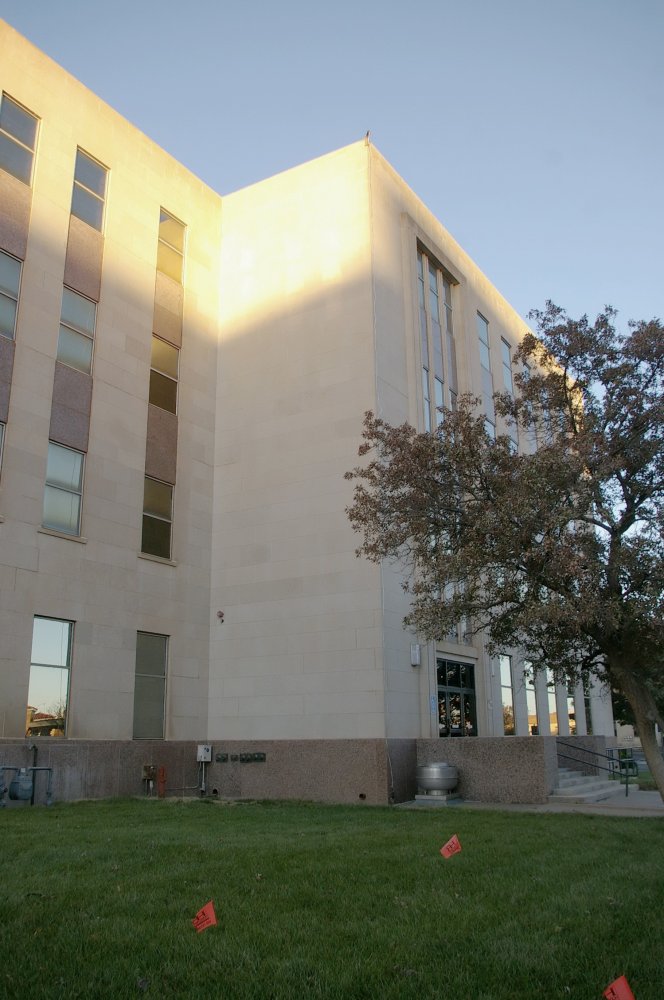 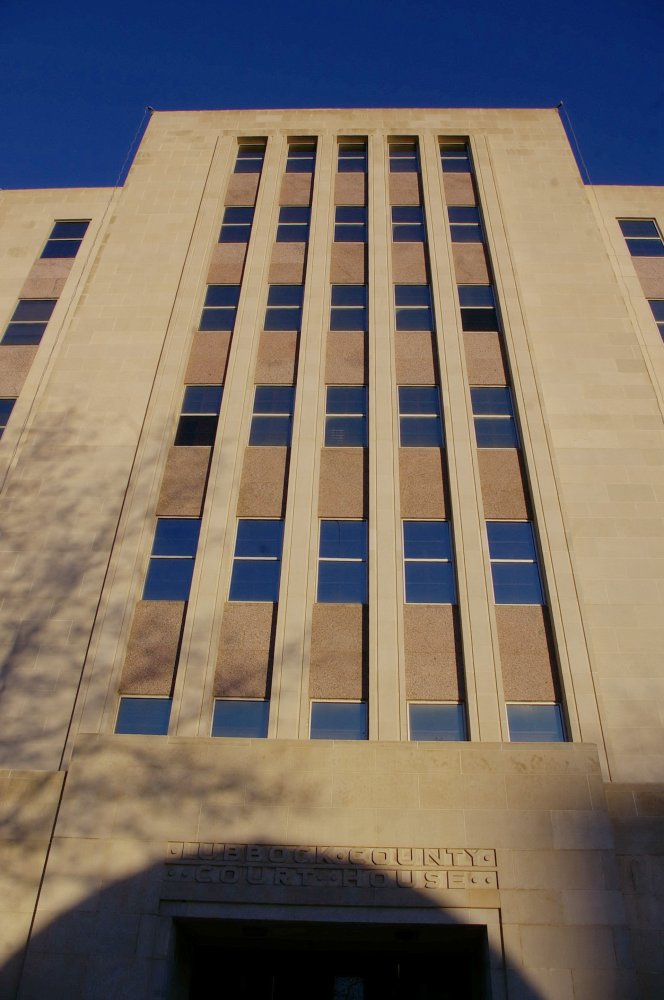 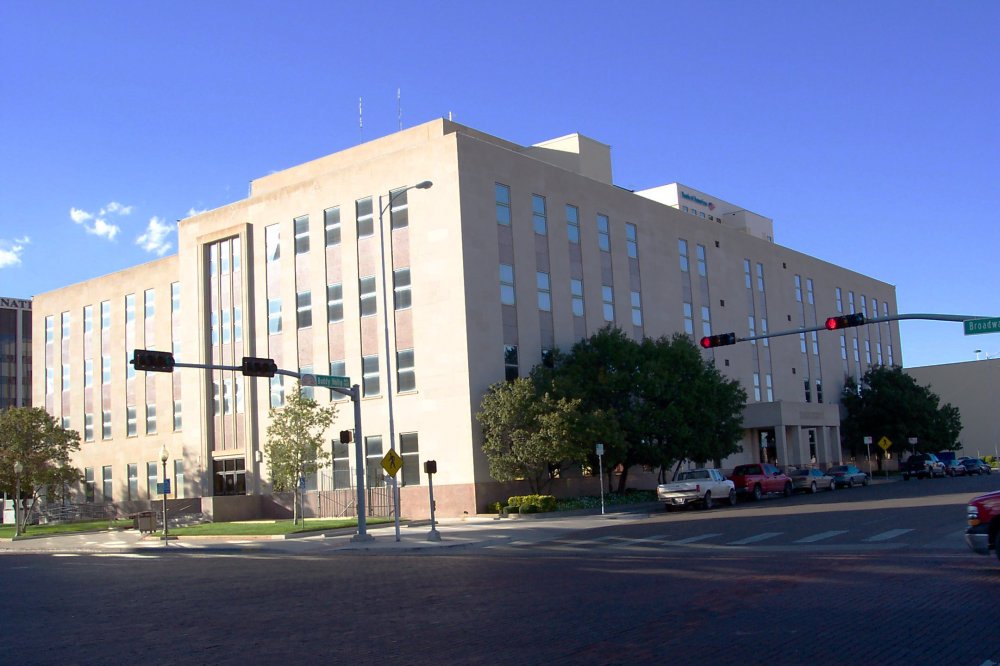 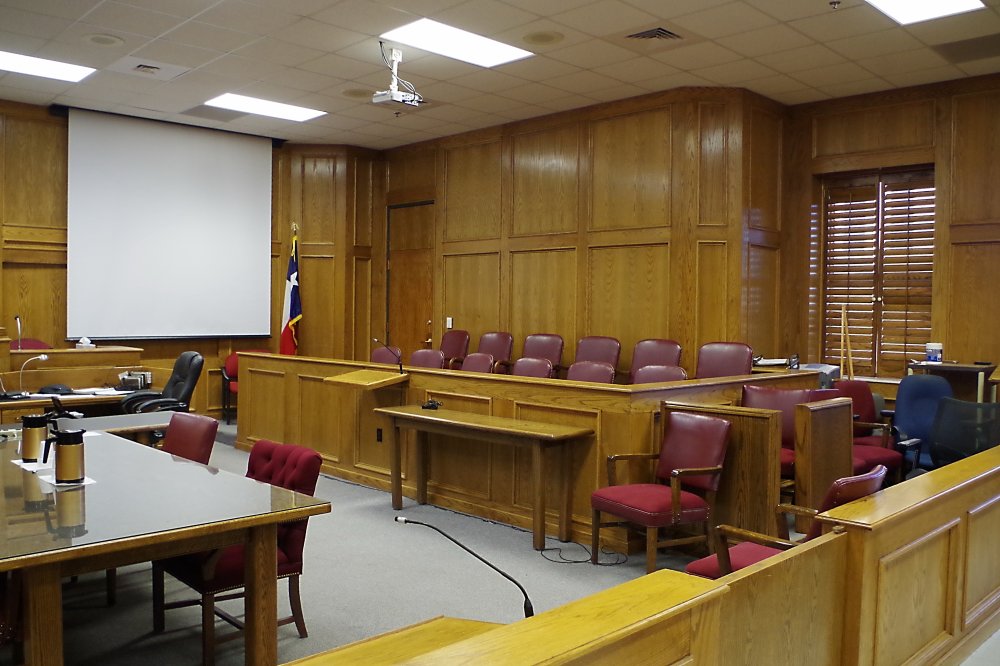