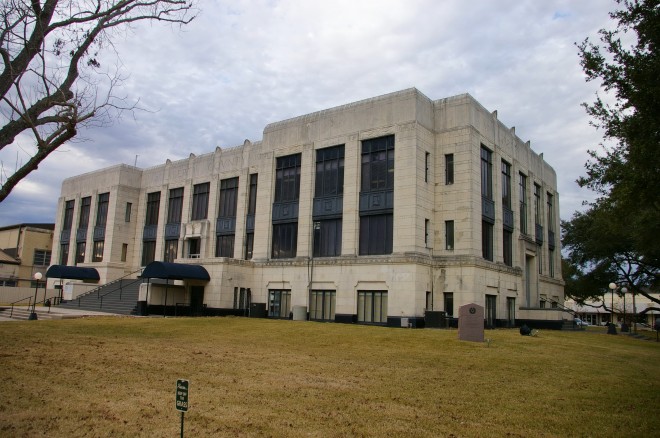 Description:  The building faces south and is a two story buff colored brick and concrete structure. The building is located on landscaped grounds in the center of Liberty. The south front has a recessed center section with concrete framed central entrance at the top of a wide steps. Vertical concrete pilasters divide the windows. The north side has a similar façade. The east and west wings project from the main building. A horizontal cornice runs along the basement section. The roof line is flat. The two story Annex Building was added on the west side in 1956 to 1957. The architect was Wyatt C Hedrick. 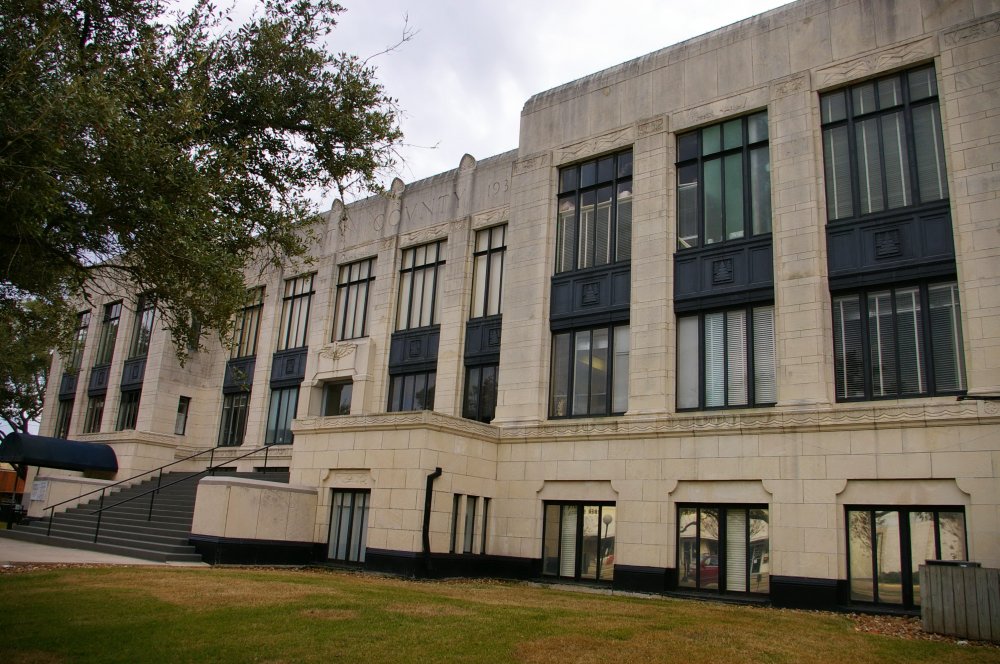 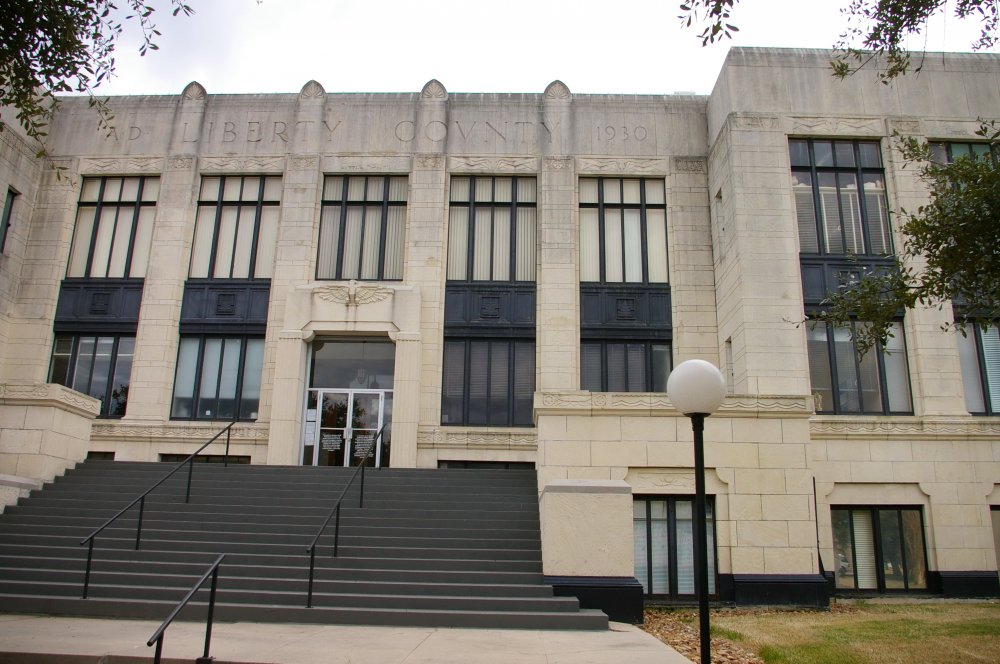 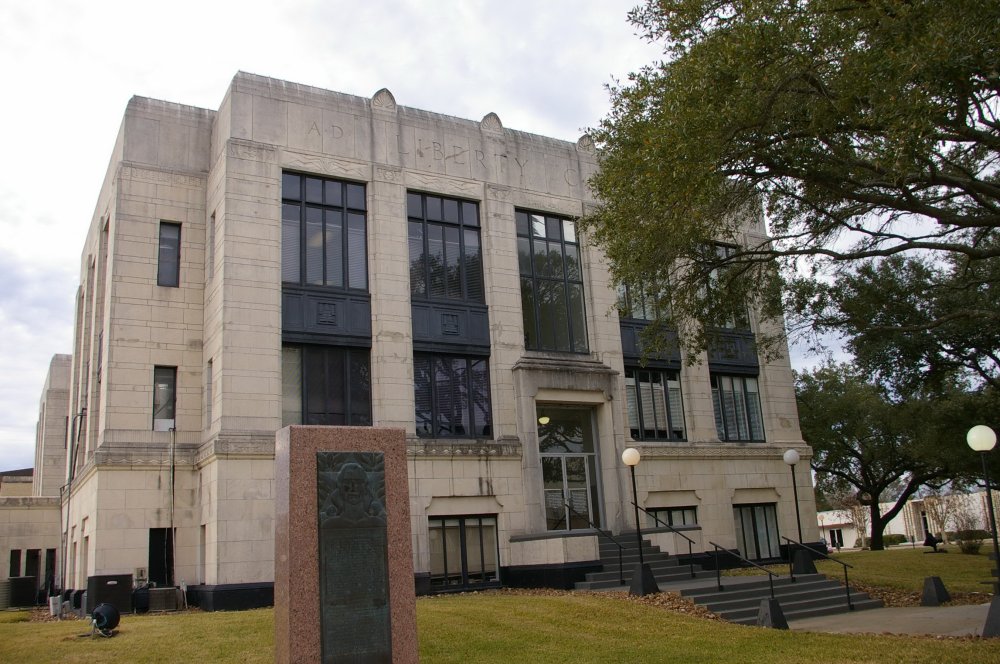 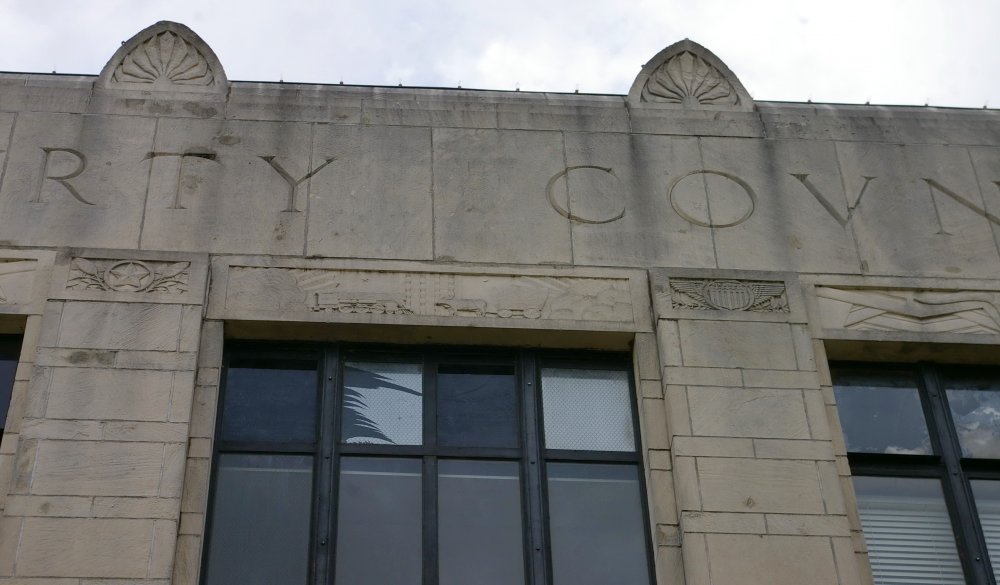 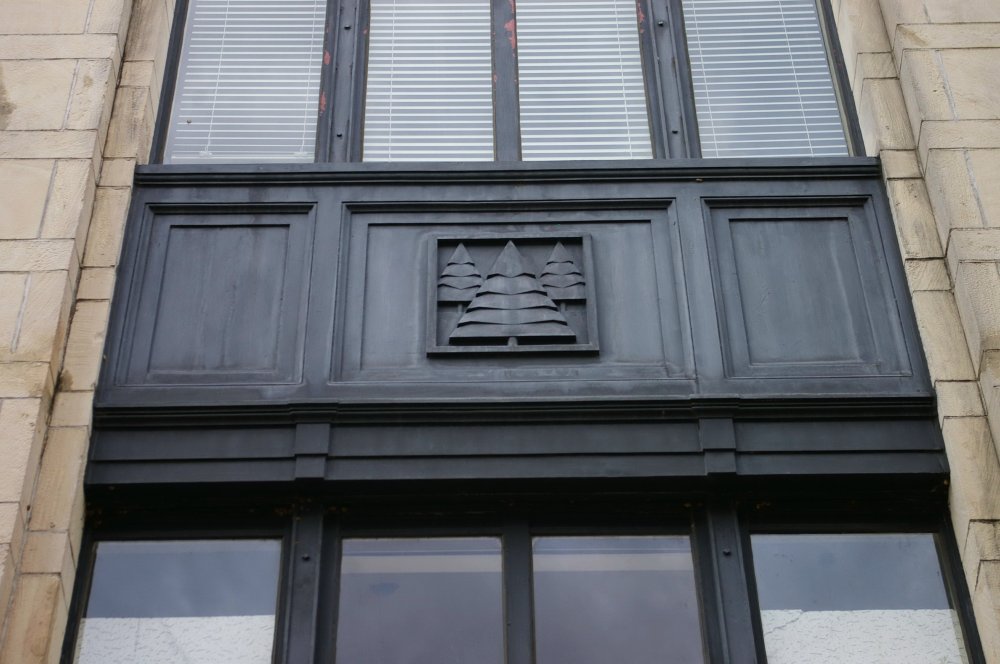 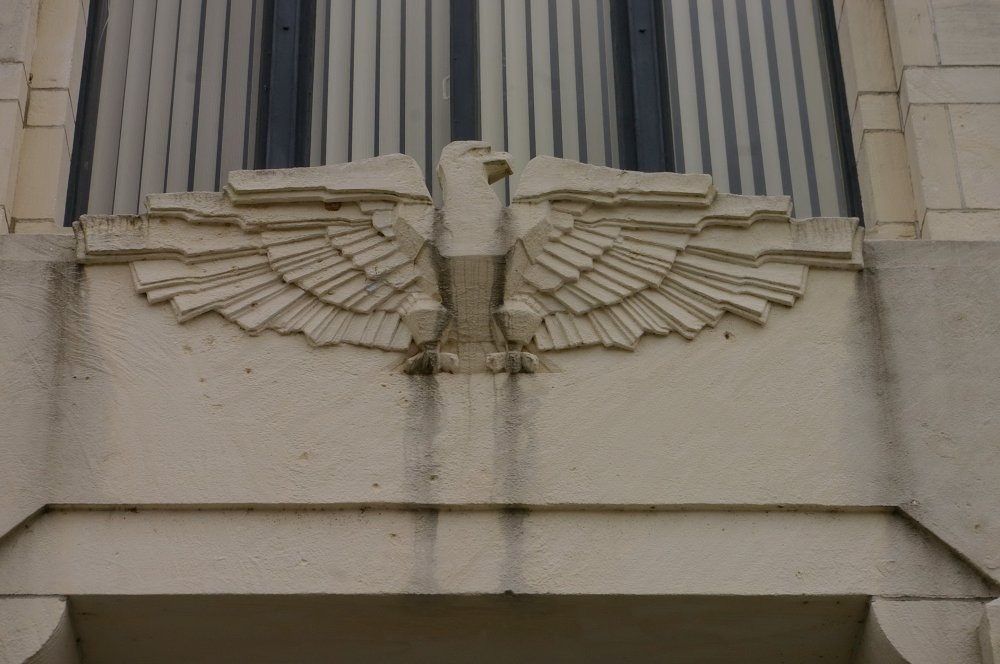 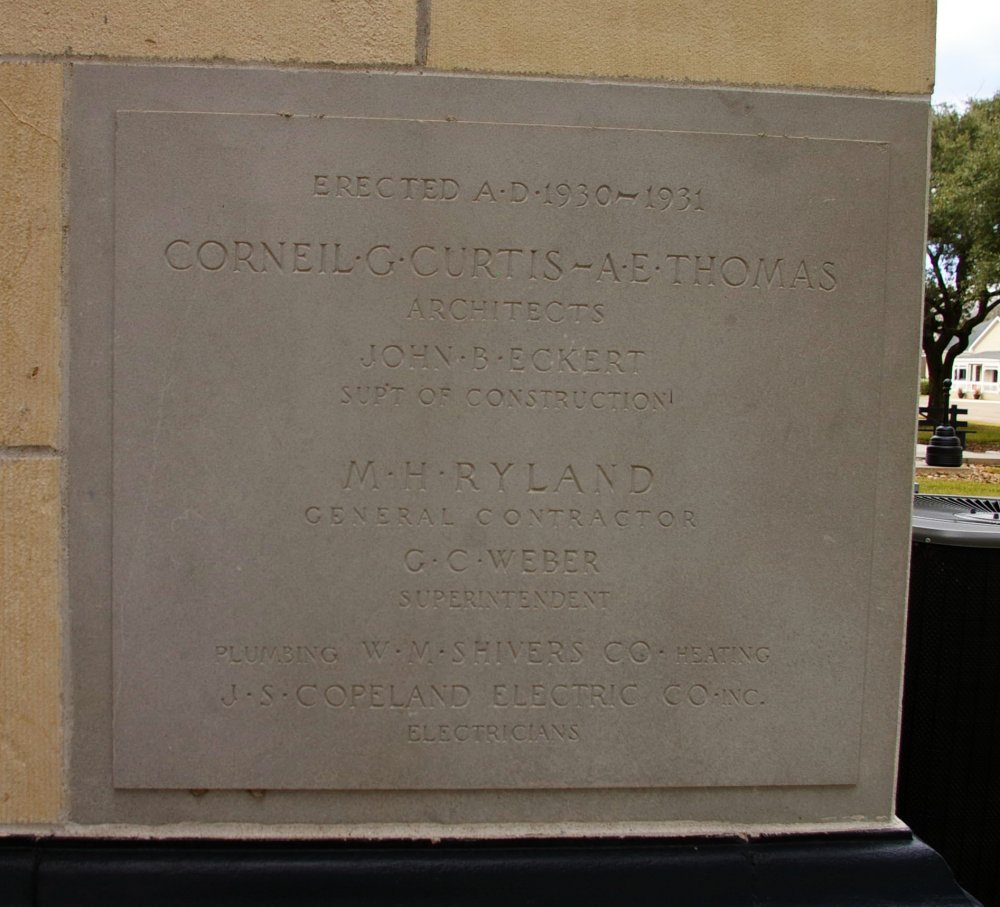 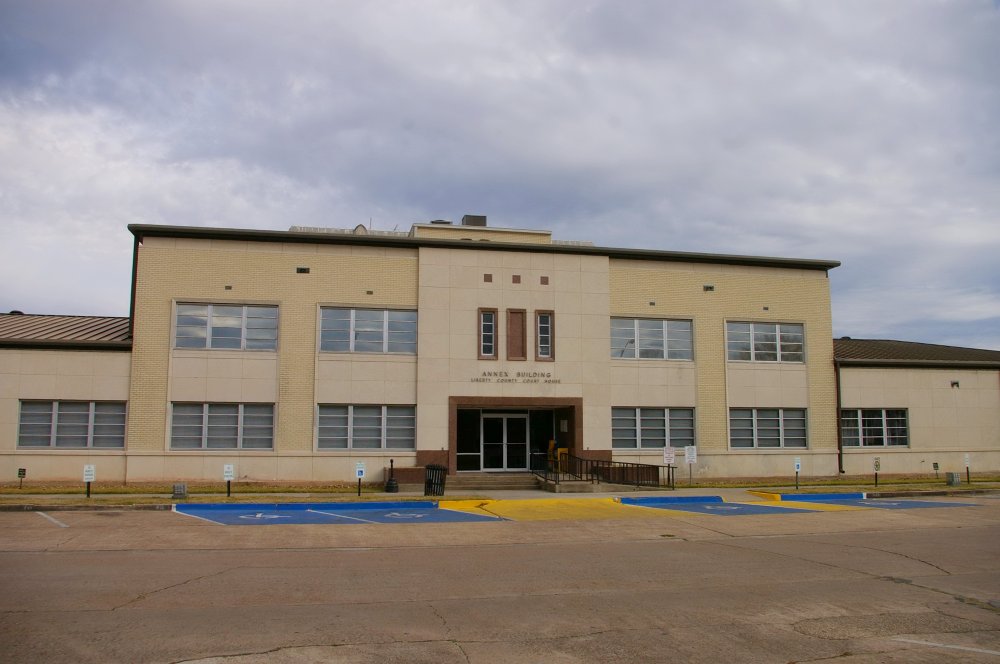