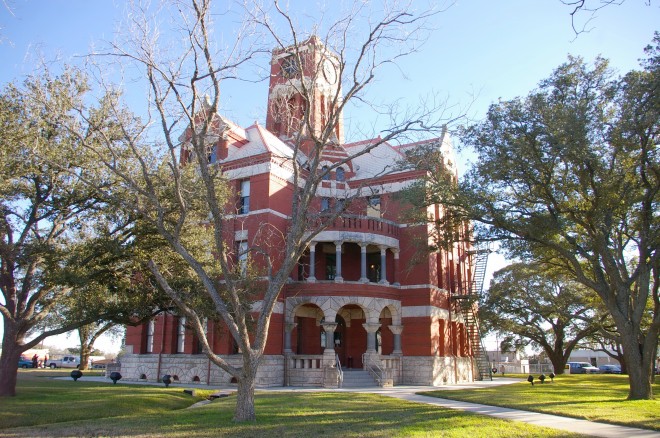 Lee County is named for Robert Edward Lee, who was the commanding general of the Confederate forces during the American Civil War.

Description:  The building faces north and is a three story dark red colored brick structure. The building is located on landscaped grounds in the center of the city. The main entrances at the northwest and northeast corners are rounded with granite columns on the first story and more granite columns on the second story. The building forms Greek Cross with roof peaks on each side. On the center of the roof rises a large red colored brick tower with open windows in the lower part and a large clock in the upper part. White colored stone trim forms a horizontal band at the top of the first story and at the top of the third story. There is a courtroom on the first and second stories. The building was restored in 1982. The architect was Edward Mattingly Associates and the contractor was Cox Restoration Inc. and Emerson Construction Company Inc. The building was restored again in 2003. The architect was Architects Rabe +Partners and the contractor was Phoenix I Restoration and Construction, Ltd.

Note:   The courthouse is similar to the courthouse constructed in Comal County as the architect used the same plans. 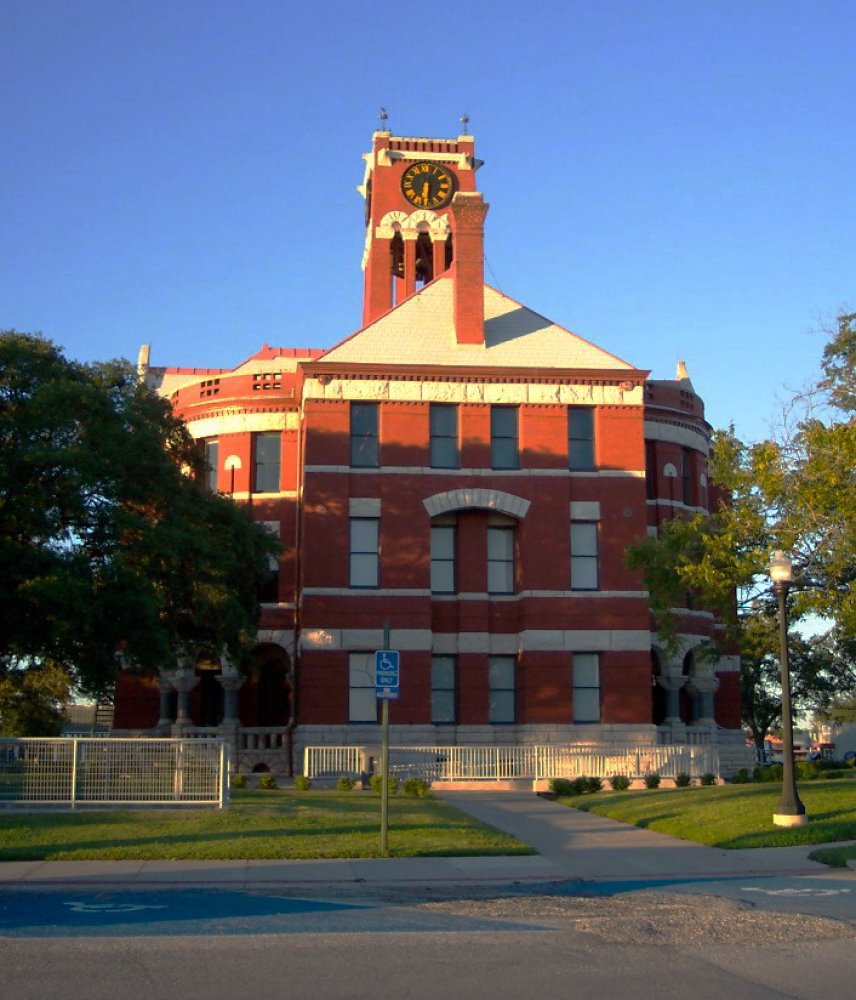