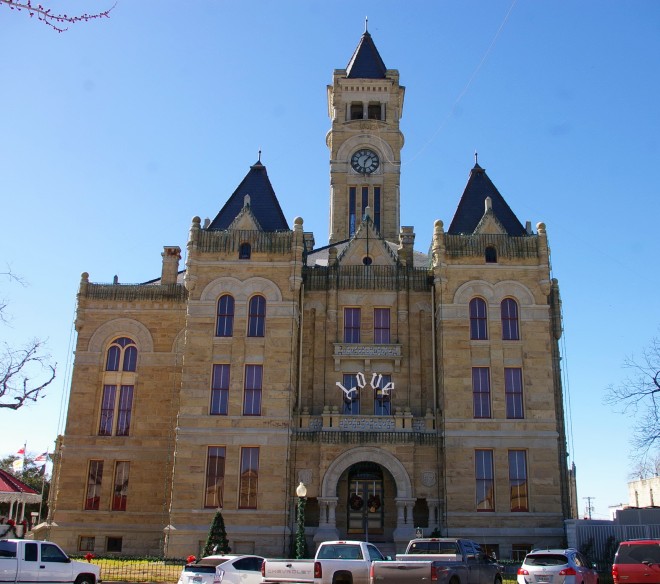 Lavaca County is named for the Lavaca River which is the Spanish word “la vaca” meaning “cow”. 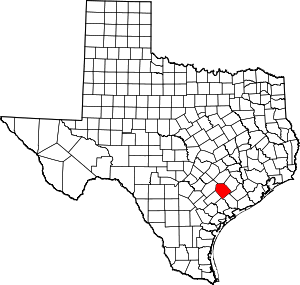 Description:  The building faces north and is a three story brown colored sandstone and gray colored stone structure. The building sits in the center of Courthouse Square in the center of Hallettsville. The north front has a large arch on the first story with recessed entrance. On the east and west, the center sections are recessed with large arch on the first story, balcony on the second and third story and rising to a peak at the roof line. On either side on the center sections are large square towers with steep roof. On the center of the roof is a one hundred seventy-foot clock tower with open belfry and steep roof at the top.

Note:  The brown sandstone and gray stone were shipped in by rail as huge boulders from Mill County. These stones were measured and cut on site by local farmers and other laborers. 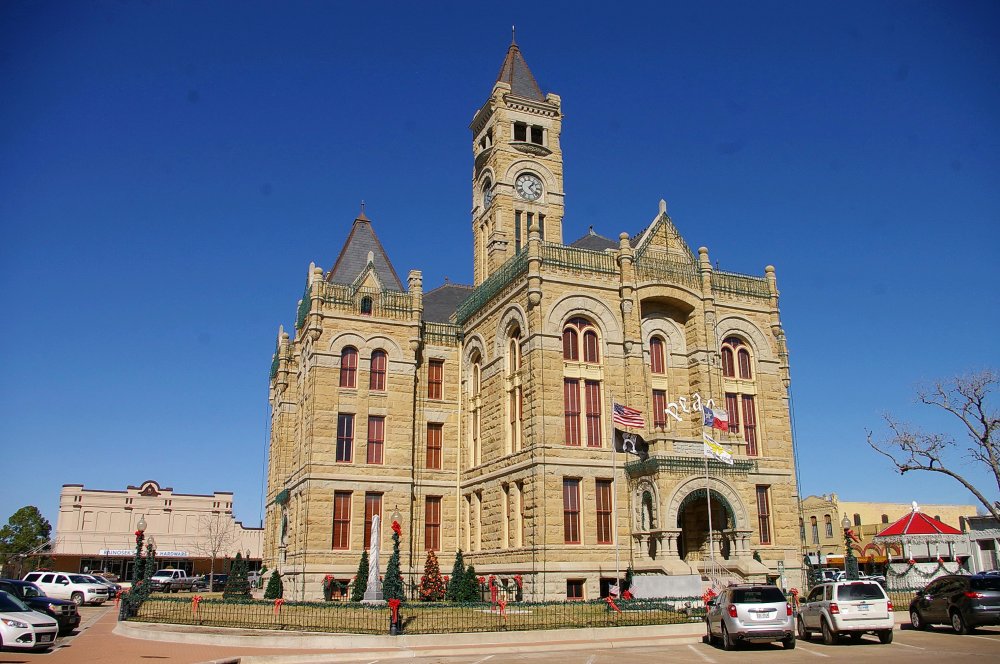 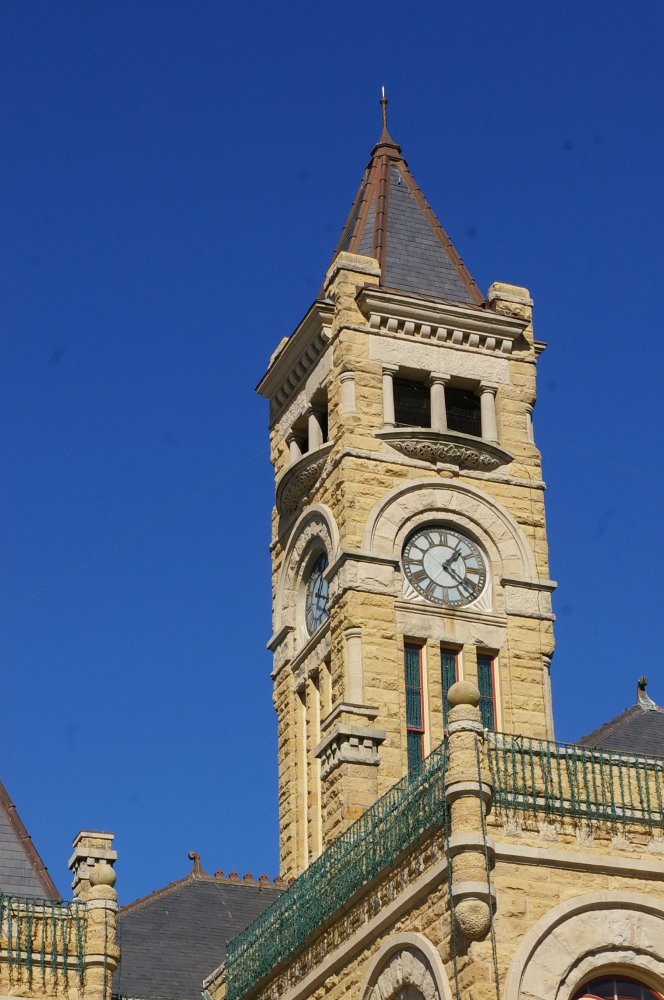 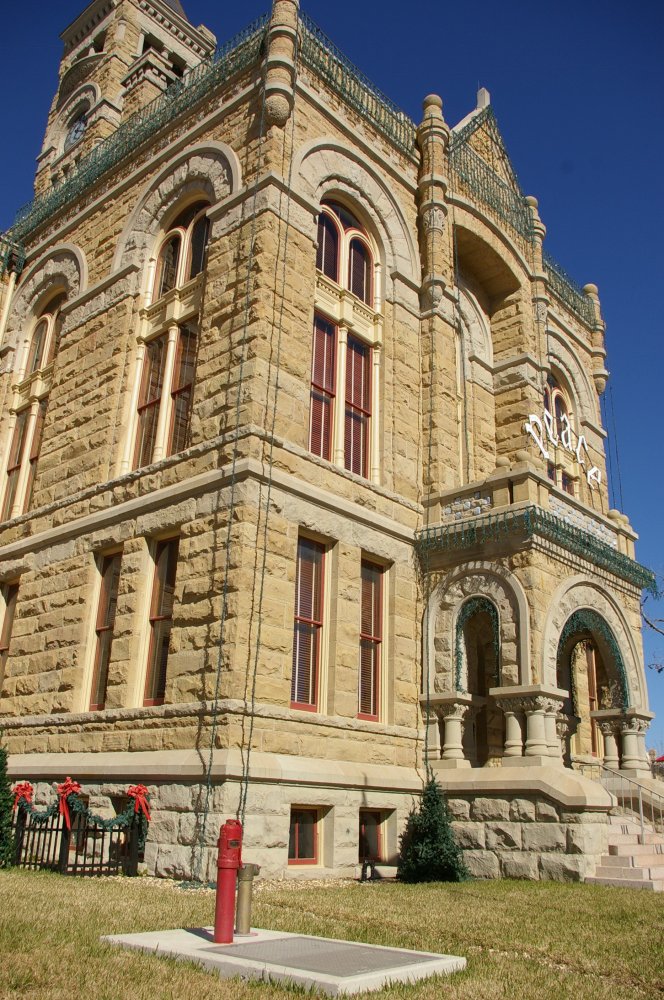 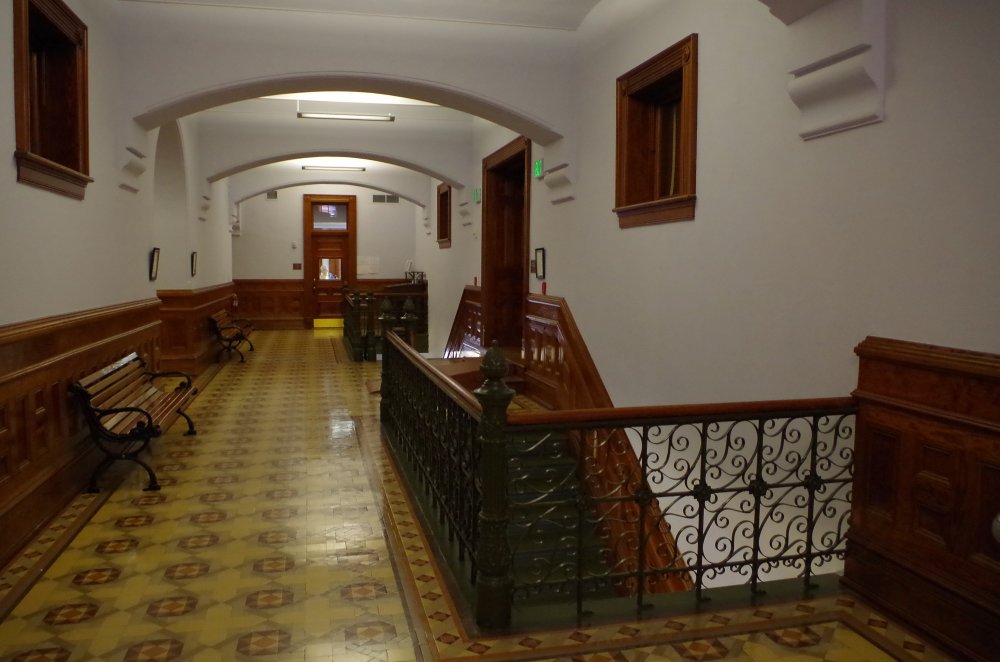 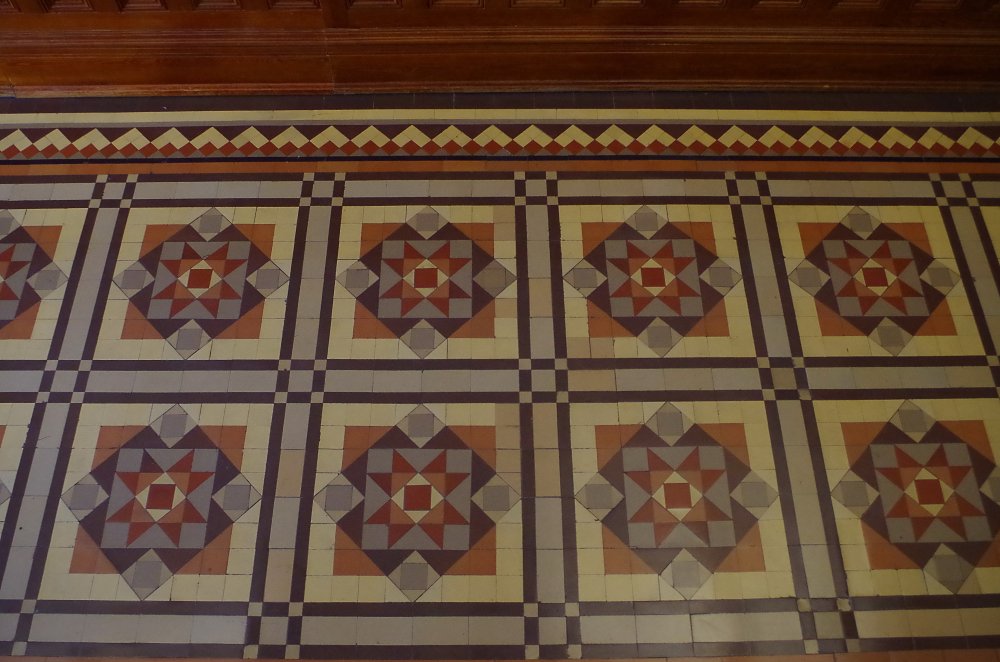 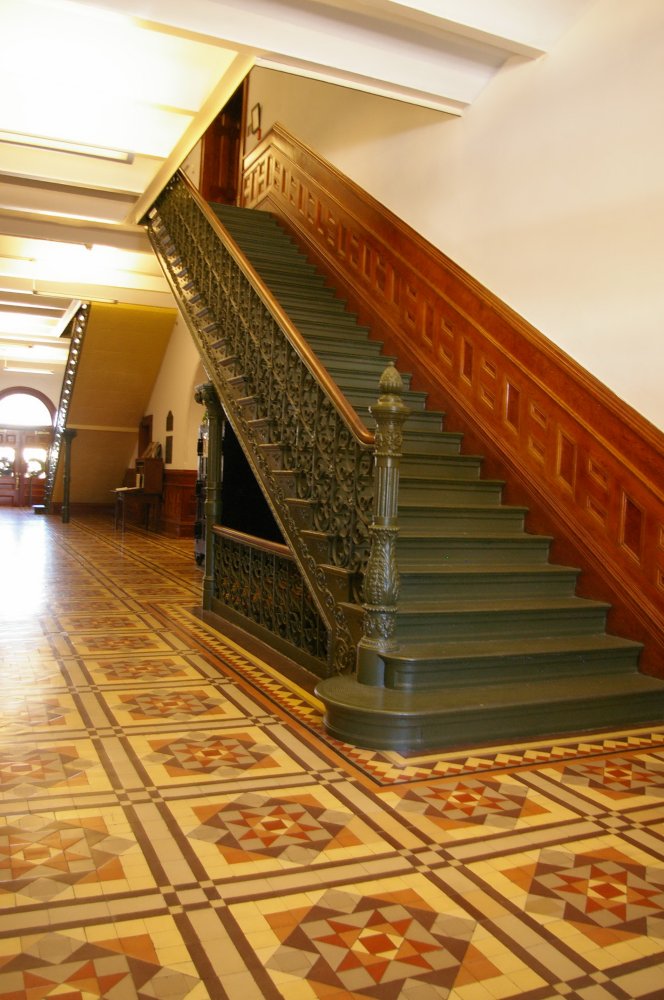 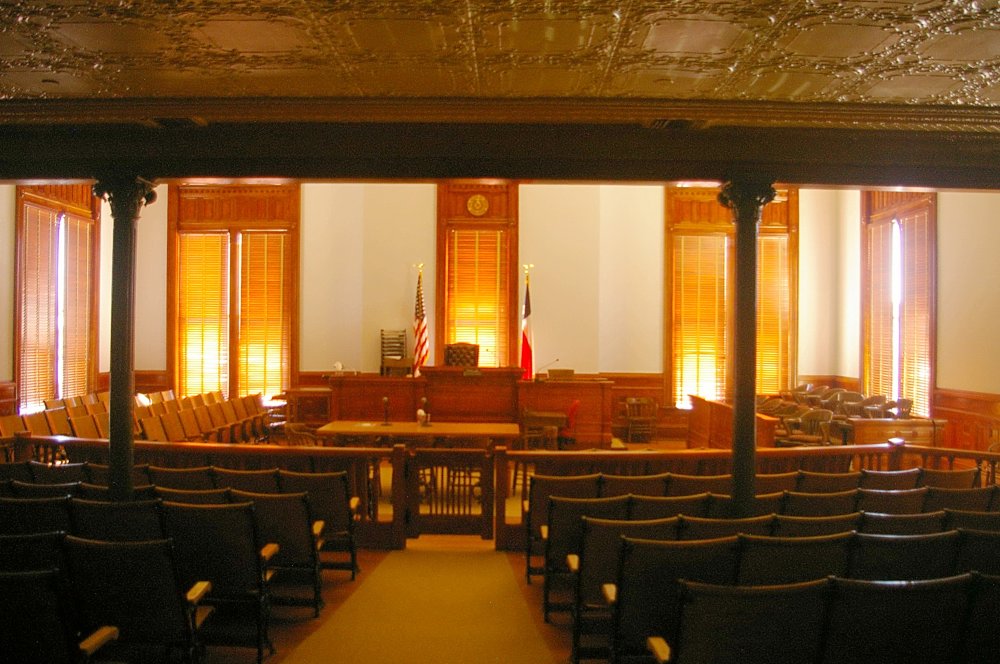 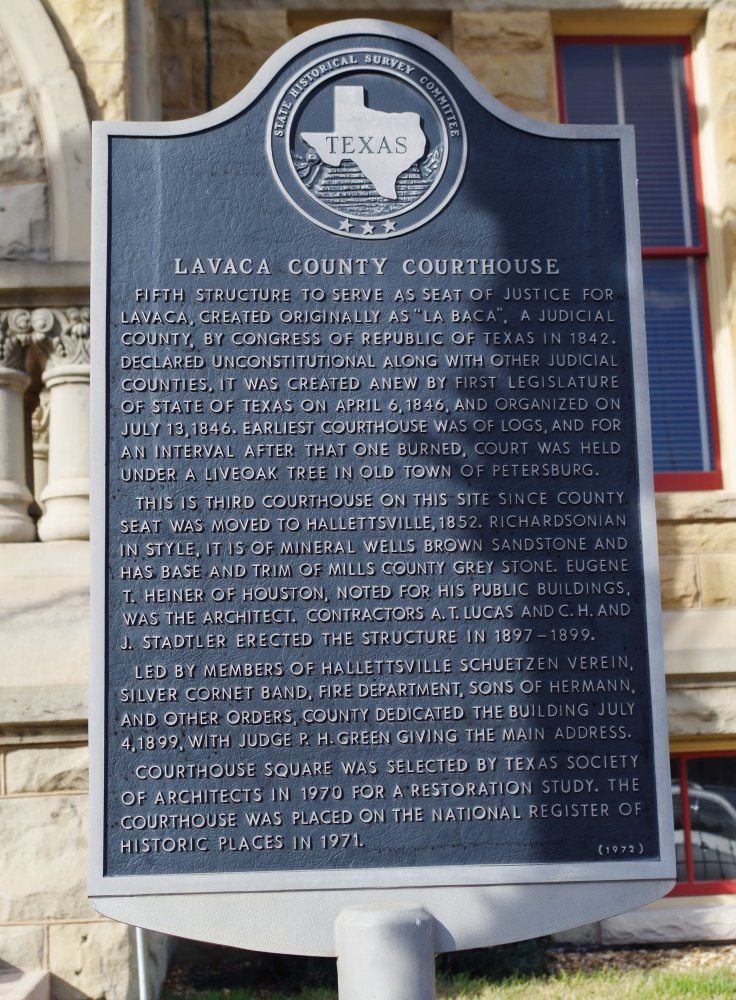