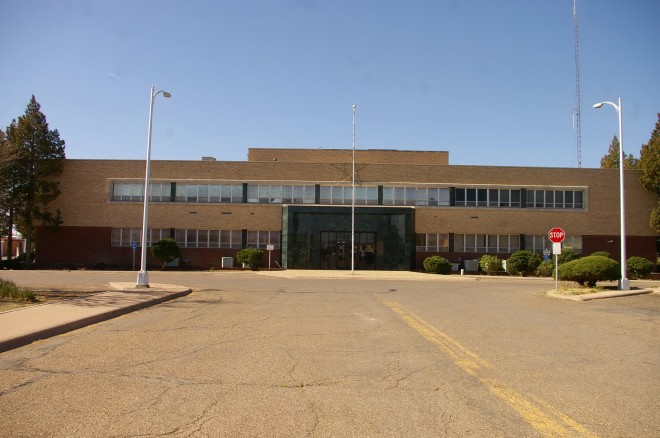 Lamb County is named for George A Lamb, who was killed at the Battle of San Jacinto.

Description:  The building faces northeast and is a two story buff and red colored brick and concrete structure. The building is located on landscaped grounds in the center of the city. The northeast front of the rectangular building has a projecting central entrance with glass panels. The windows are horizontal. The center of the roof rises a half story and roof line is flat. The large courtroom is located at the southeast side of the second story and the small courtroom is located on the north side of the first story.The building was renovated in 2014 and 2015. The architect was Lenora Ash of Chapman Harvey in Lubbock and the contractor was Tim Collins of Collins Tile in Lubbock. Description:  The building faces northeast and is a two story brick, stone and concrete structure. The building is located on landscaped grounds in the center of the city on the north side of the courthouse. The building has a “T” shape with a wing extending southwest. The northeast front has a central entrance on the first story with arched frame and wrought iron balcony on the second story. The hipped roof has red colored tile. The building was constructed as the City Hal and served as the courthouse from 1946 to 1955. 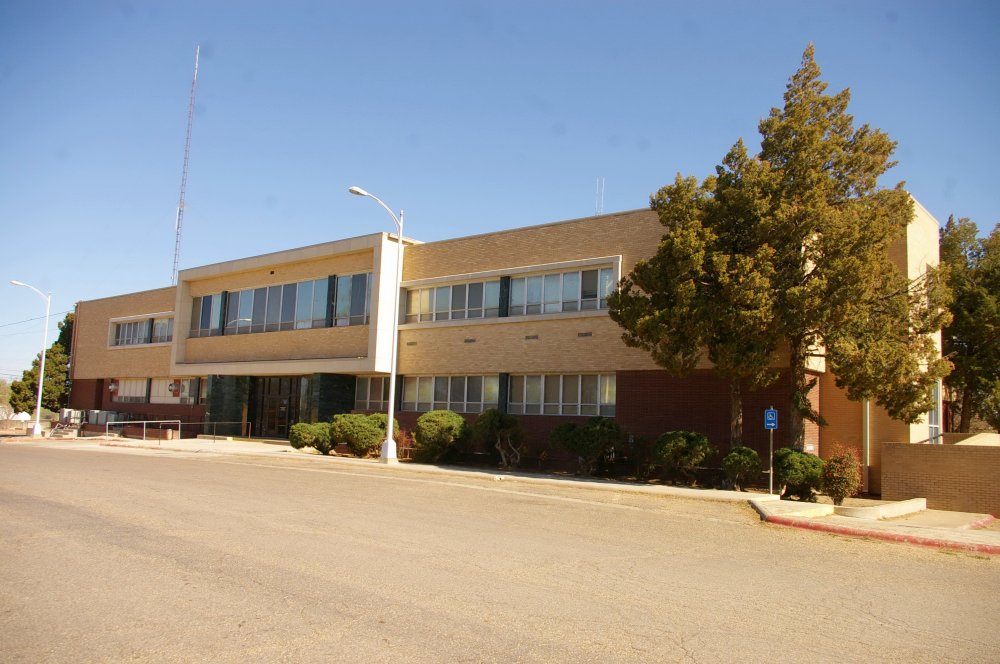 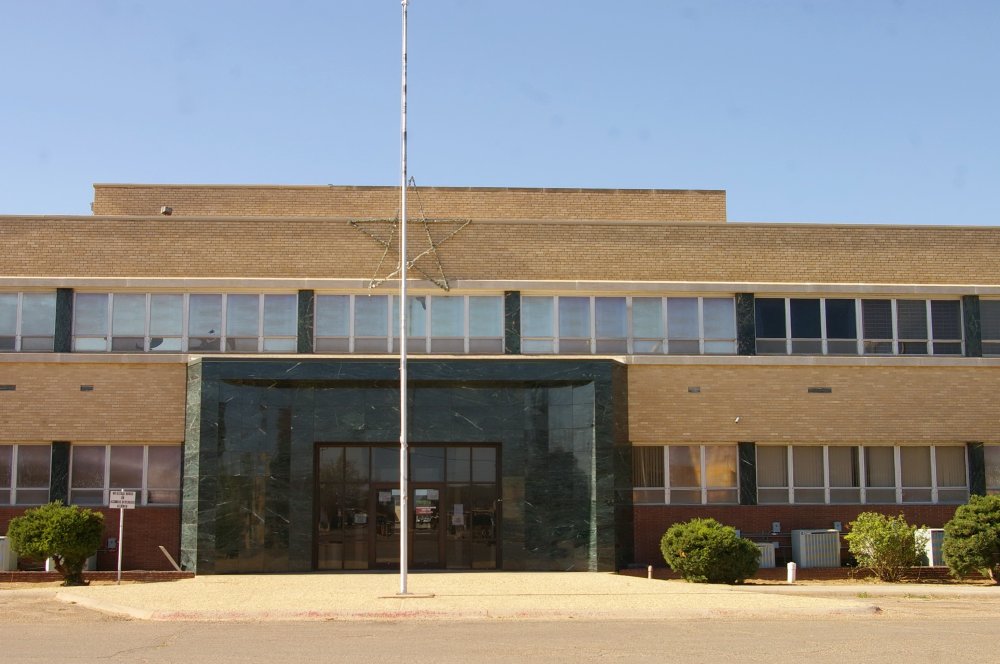