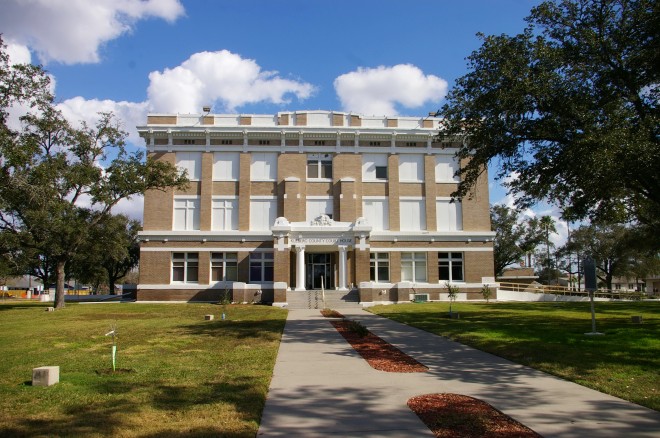 Kleberg County is named for Robert Justus Kleberg, who was an early German settler and soldier at the Battle of San Jacinto.

Description:  The building faces west and is a three story brown colored brick, title and concrete style structure. The building is located on landscaped grounds in the center of the city. The west front and east side have porticoes supported by two white colored columns at the first story. A white horizontal cornice runs between the first and second stories. A white colored cornice is also along the roof line. In 1966, a one-story rear annex was attached to the rear of the building. The building was restored in 2019. The architect was Komatsu Architecture and the contractor was J C Stoddard Construction Company.

Note:  The courthouse is the first and only courthouse constructed in the County. The cost of construction was $125,000. 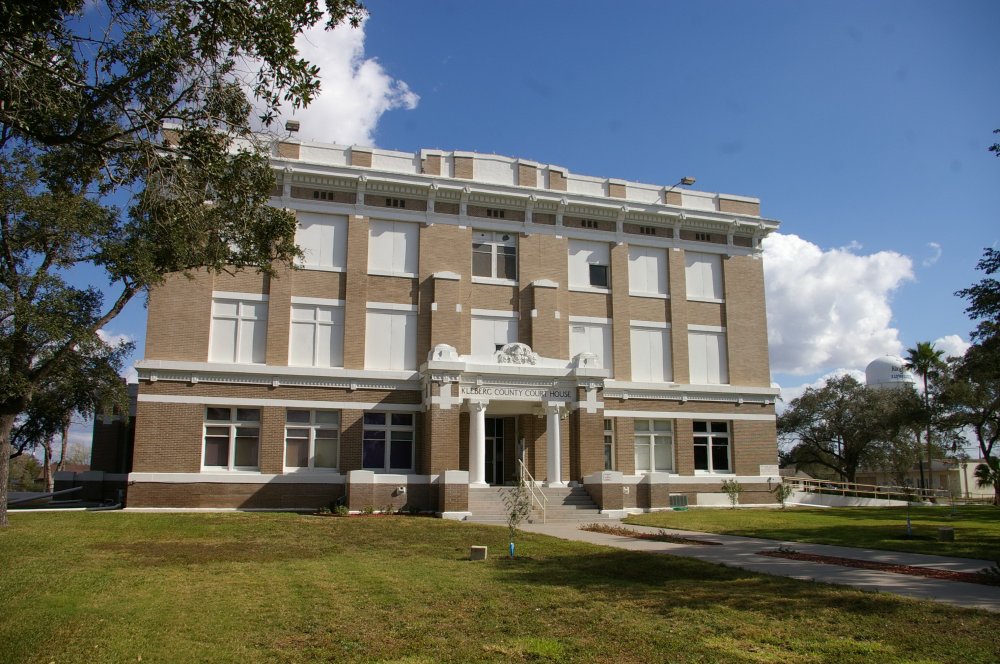 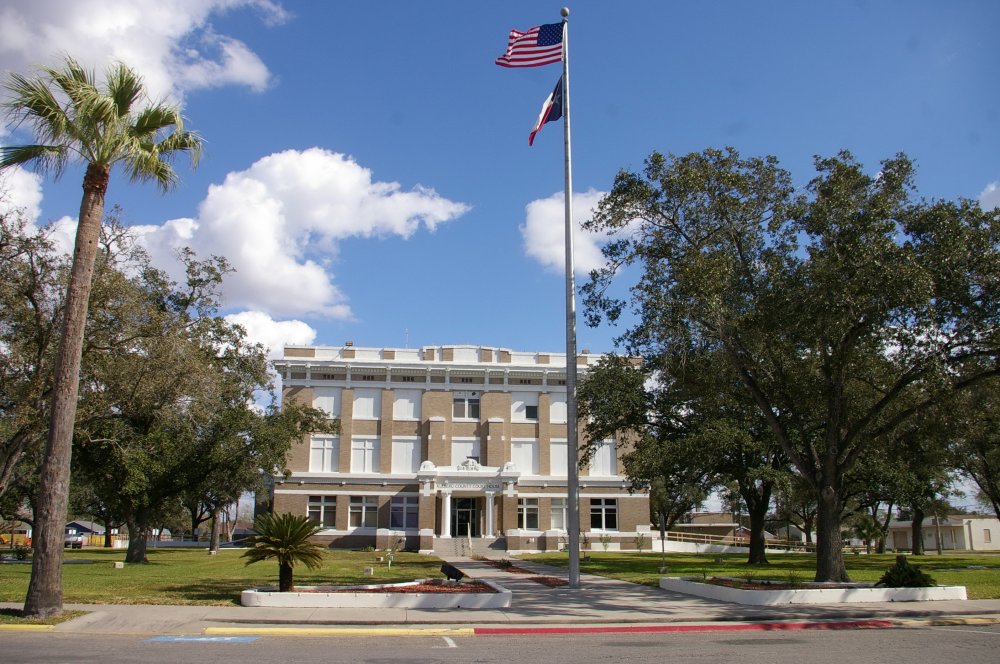 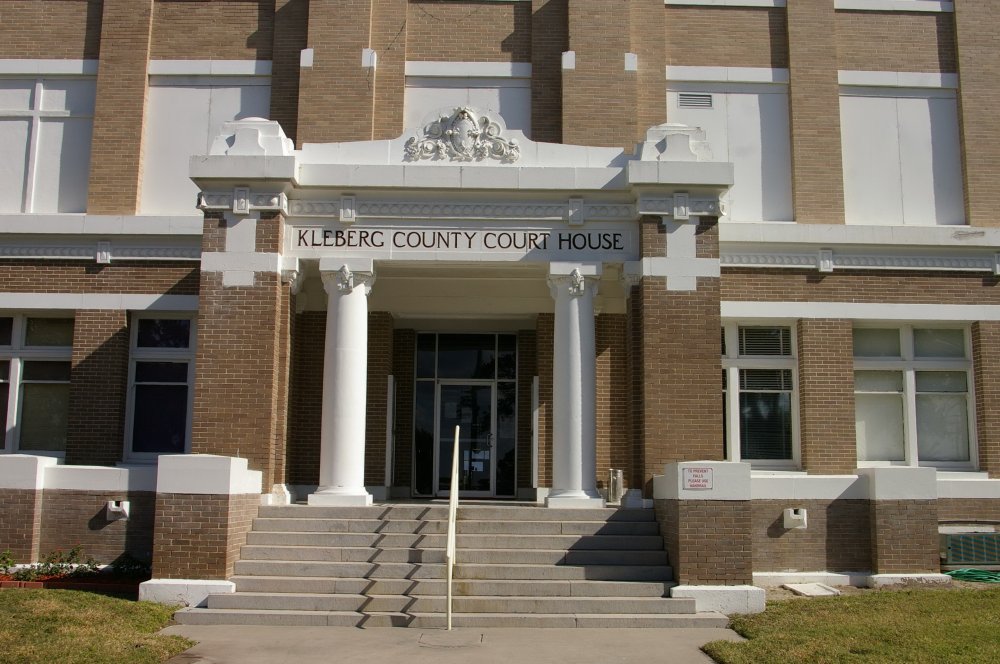