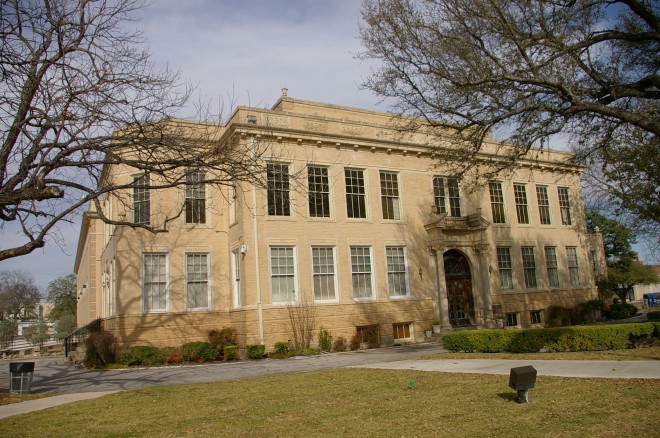 Kerr County is named for James Kerr, who was a congressman of the Republic of Texas. 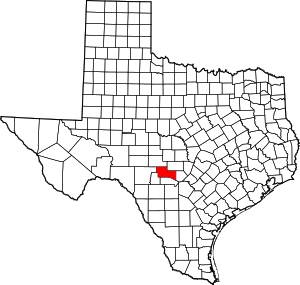 Description:  The building faces south and is a two story buff colored brick and concrete structure. The building is located on landscaped grounds in the center of the city. The south front has an arched entrance in the center of the building with small balcony above. The cornice projects from the building and the east and west wings are recessed. The roof center rises above the roof line. In 1977, an annex  was constructed on the north side. The architect was A B Swank and the contractor was WACO Construction Inc. The engineer was Lester Whitton.

Note:  The first courthouse was built in 1876 and later became the jail.  The second and previous courthouse was designed by Alfred Giles and constructed by D C Anderson in 1886. The building was destroyed by fire in 1925. 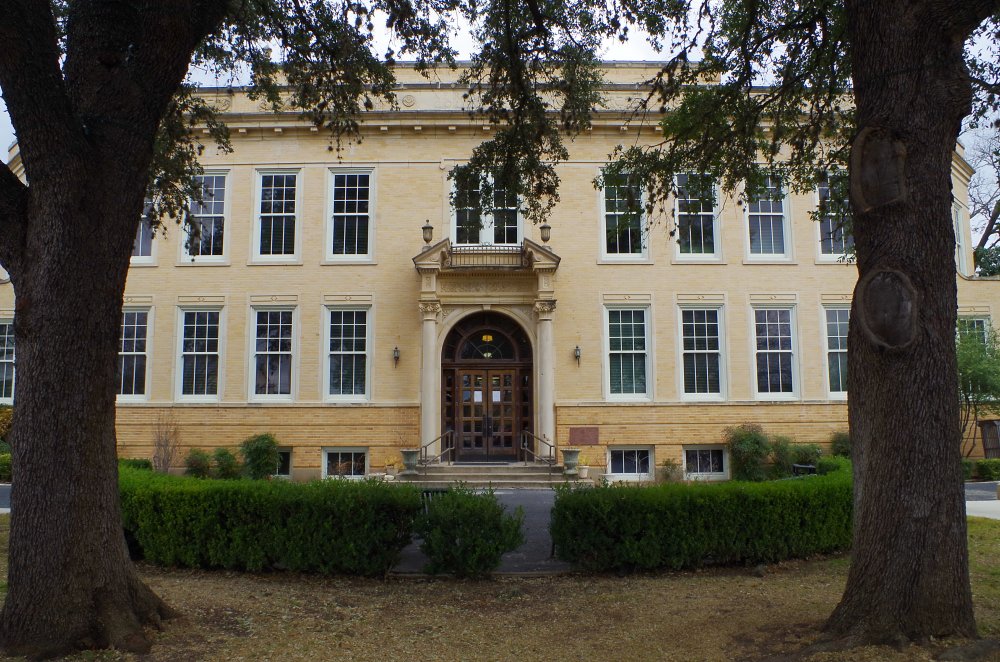 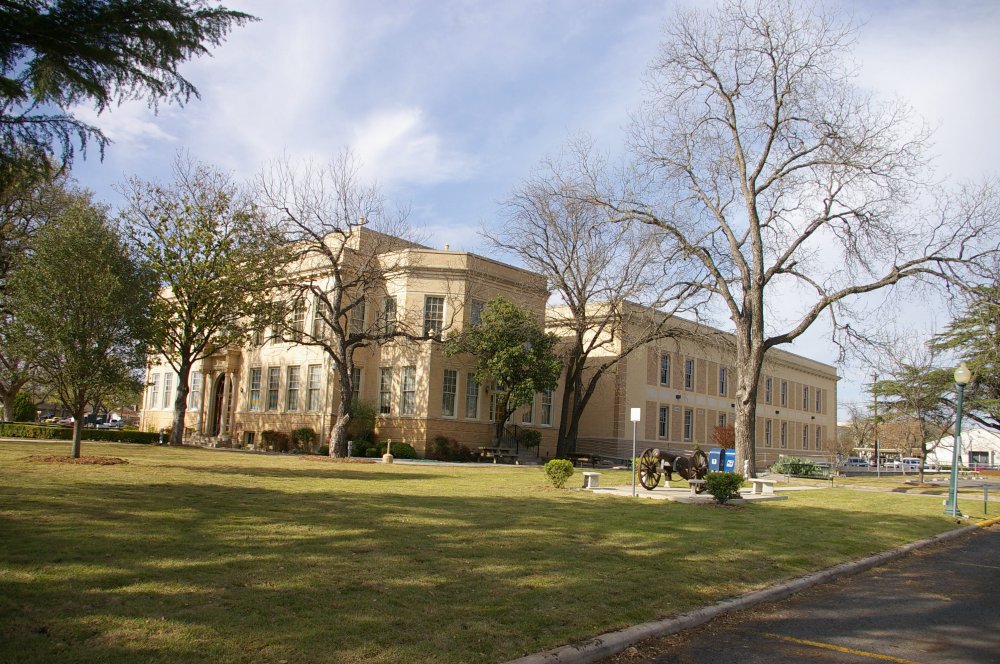 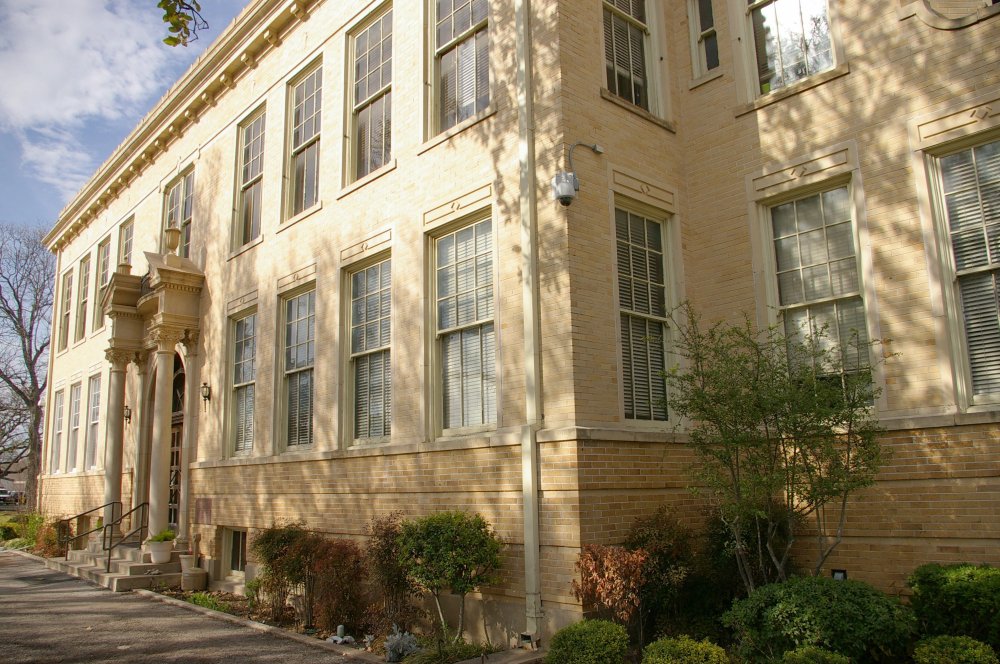 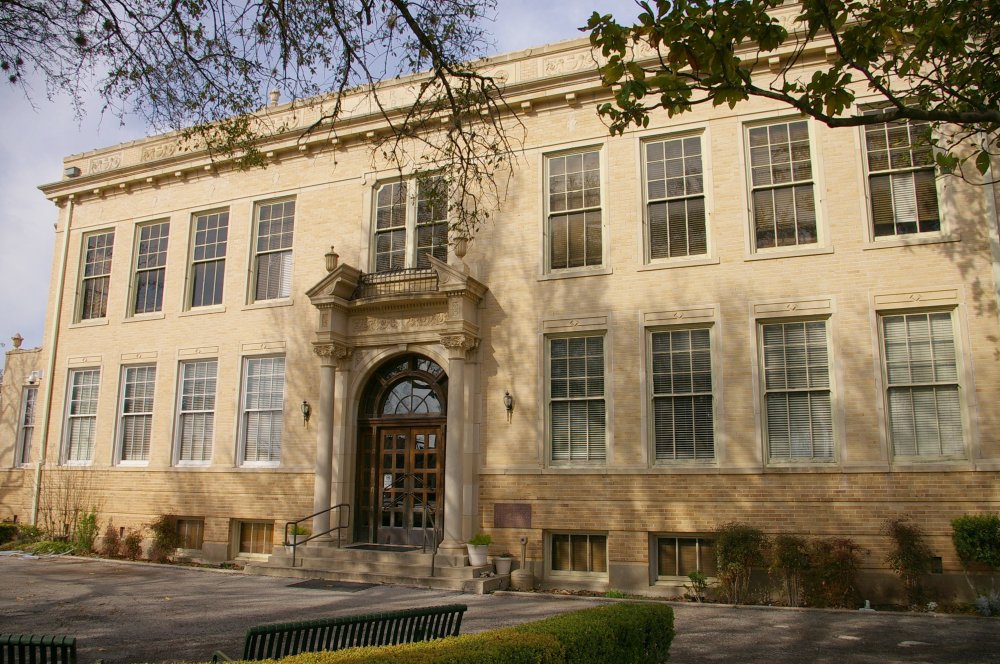 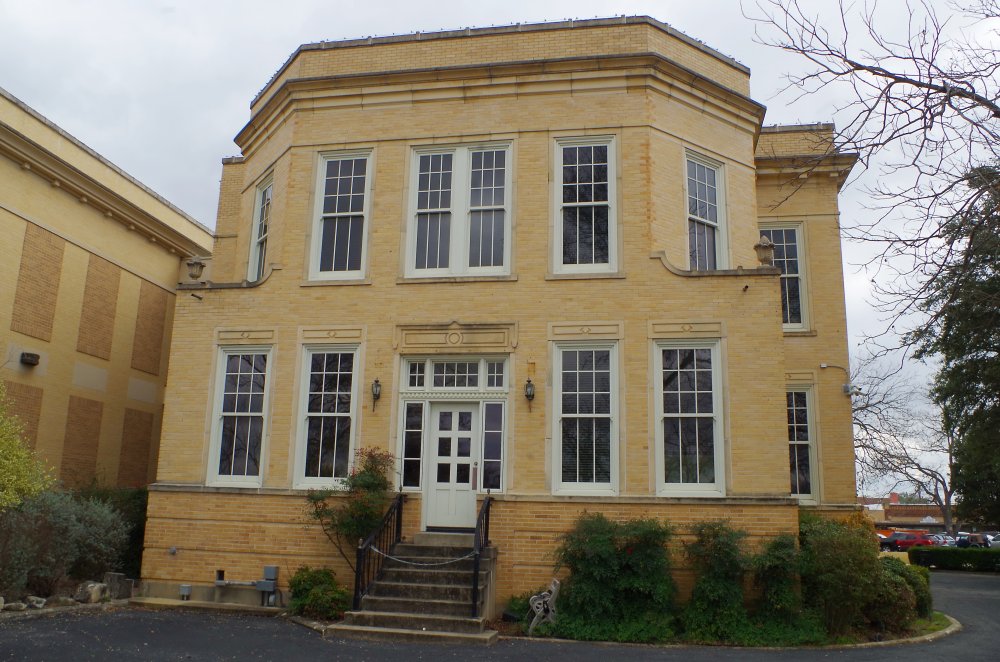 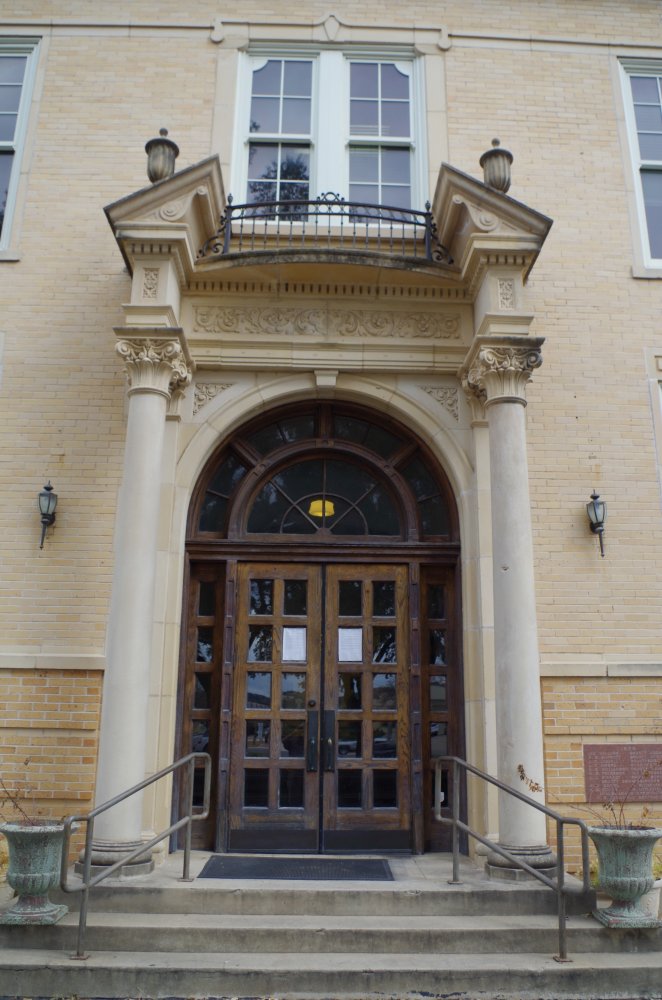 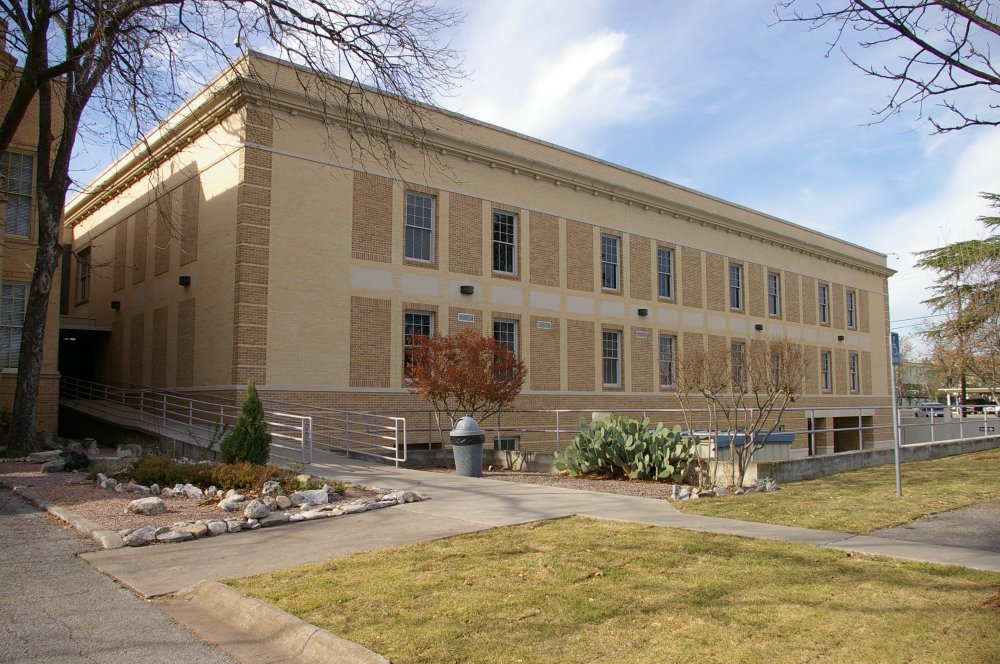 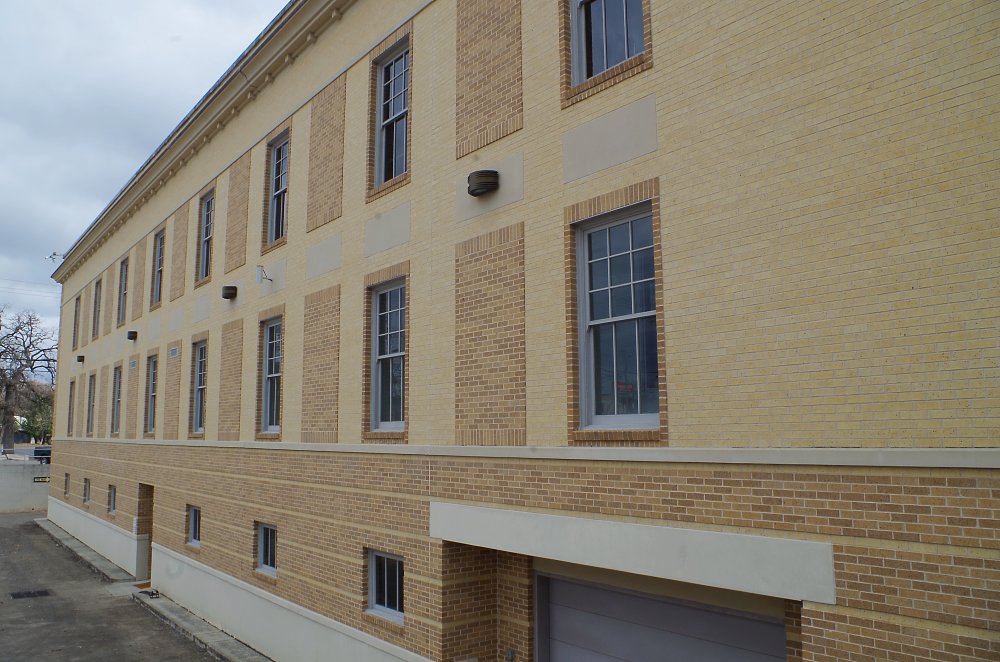 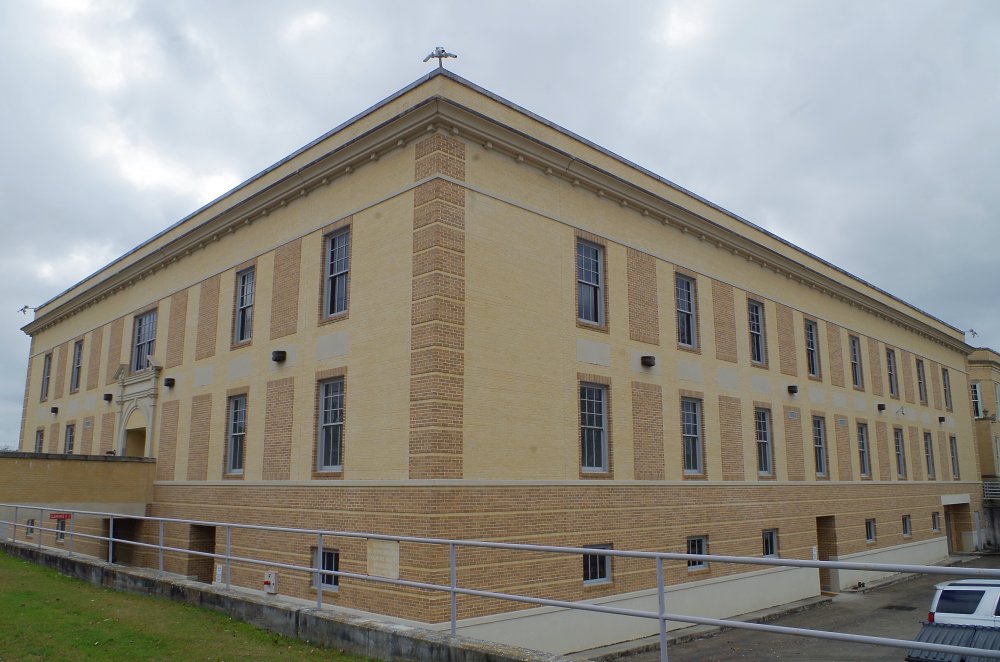 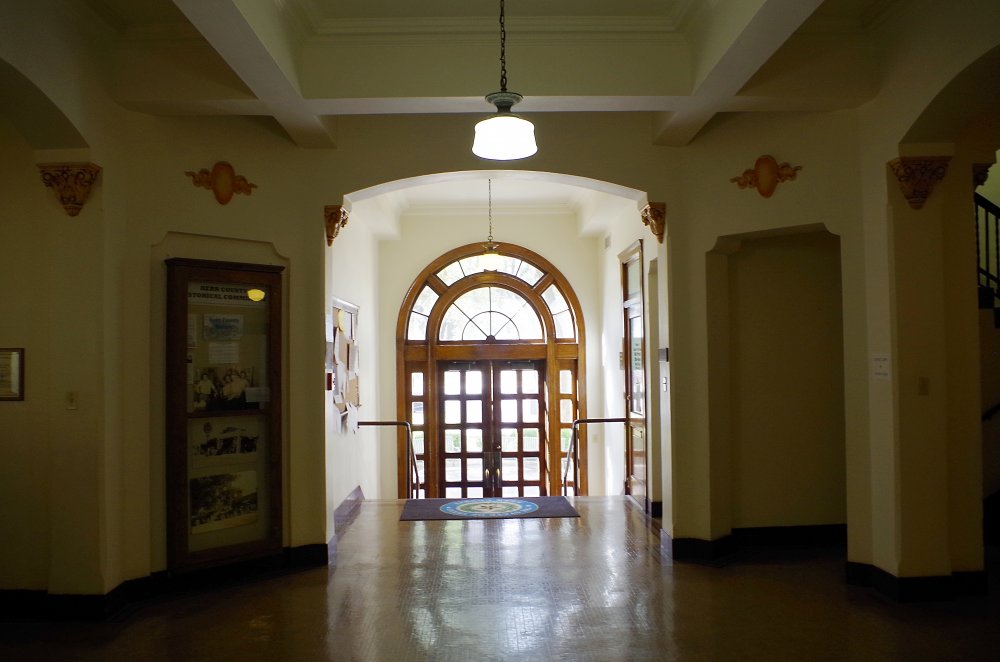