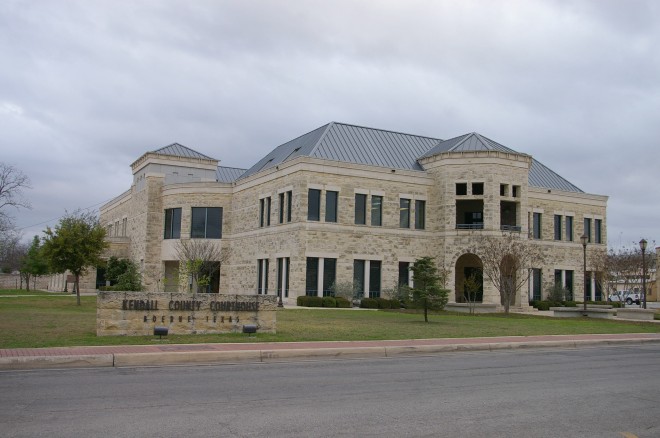 Kendall County is named for George Wilkins Kendall, who was an early journalist and sheep rancher.

Description:  The building faces north and is a two story cream colored limestone structure. The building is located on landscaped grounds in the center of the city opposite the old courthouse and old jail. The north front has a projecting center section with arched entrances on the first story and rises to the roof. The south part of the building extends outwards. Horizontal bands of polished limestone runs along the building. The roof is hipped and gray colored metal. 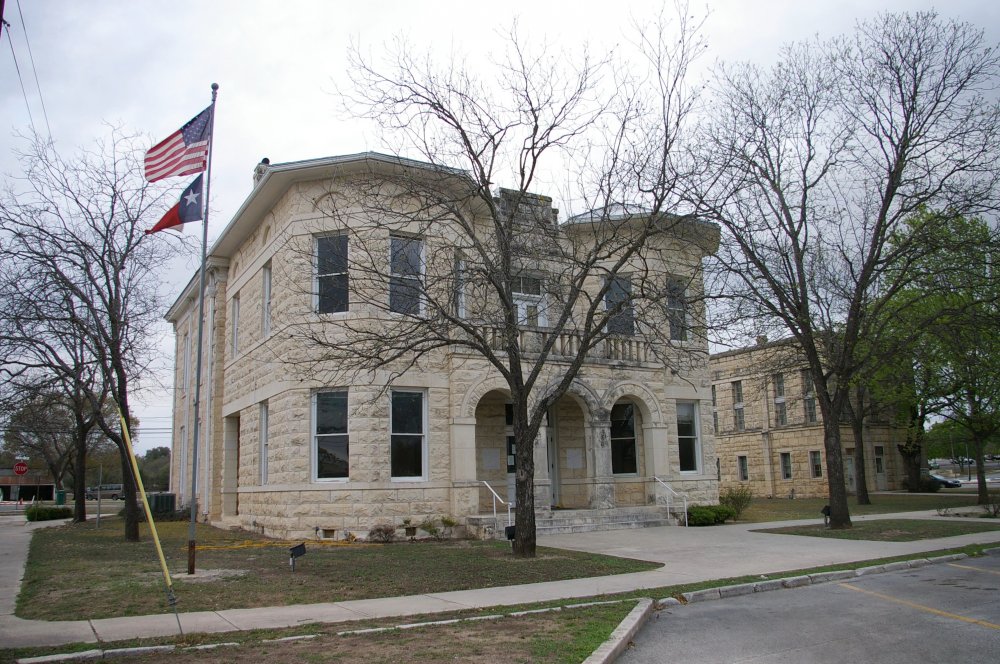 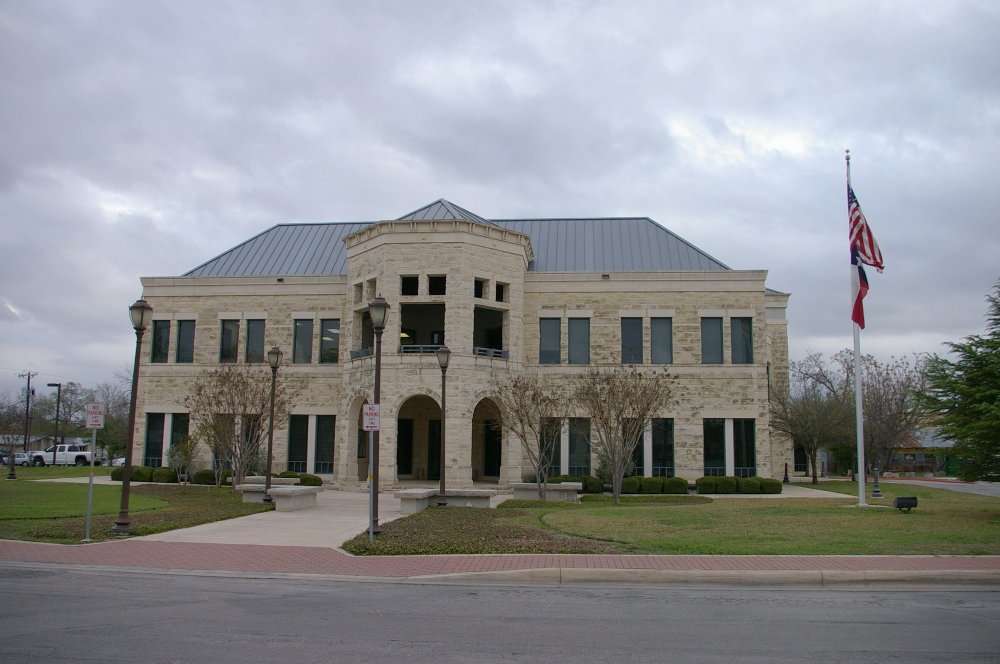 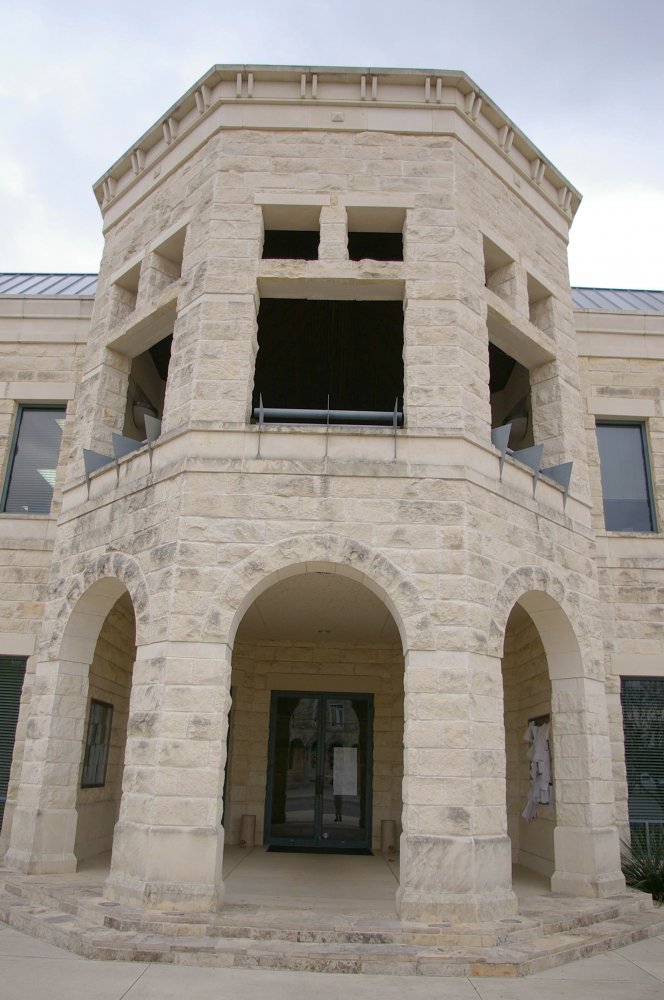 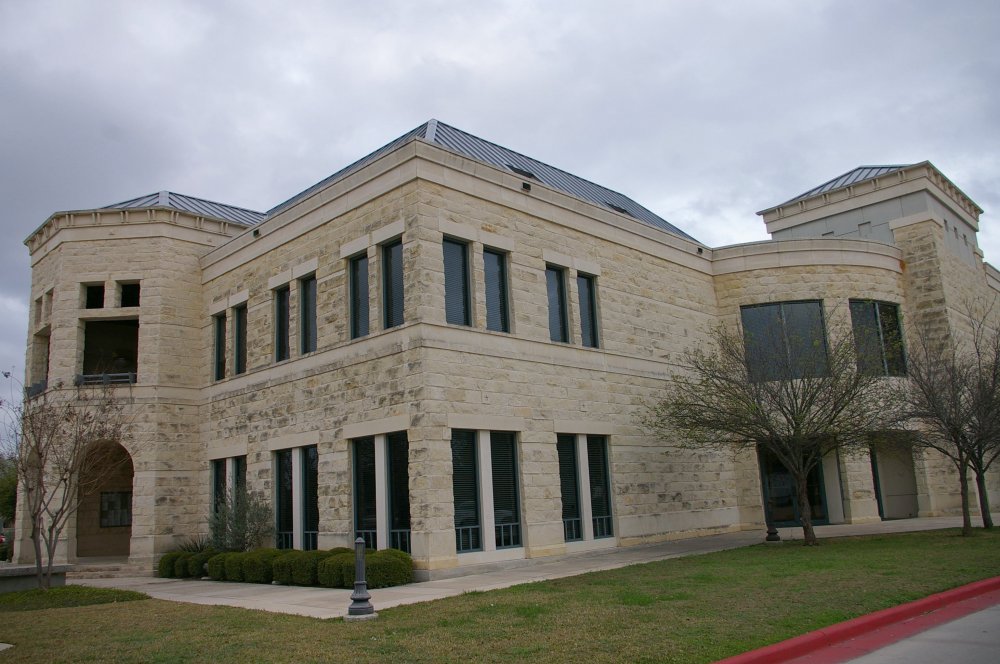 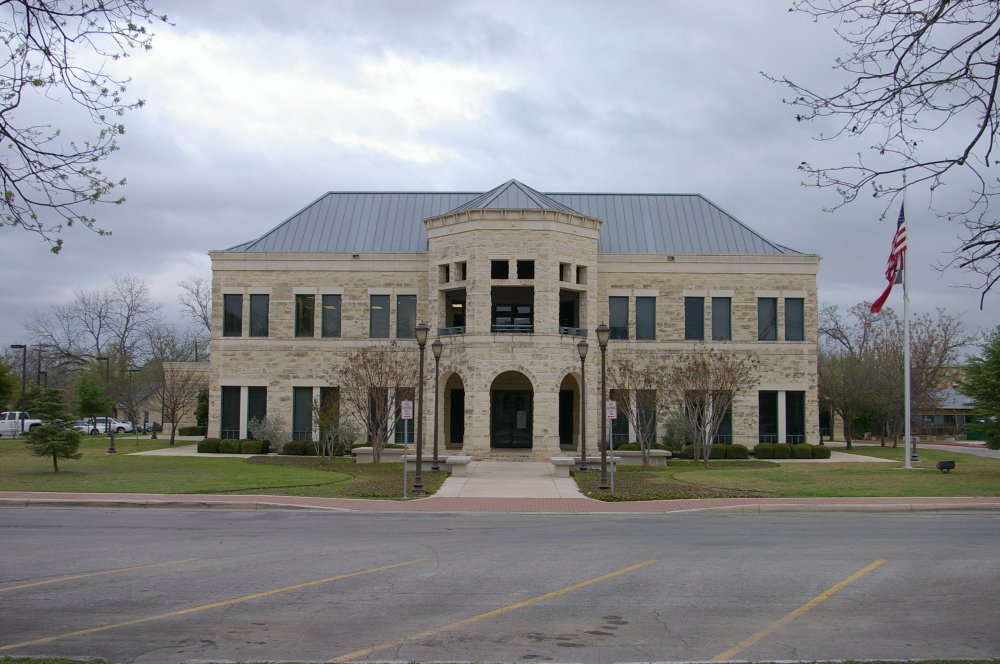 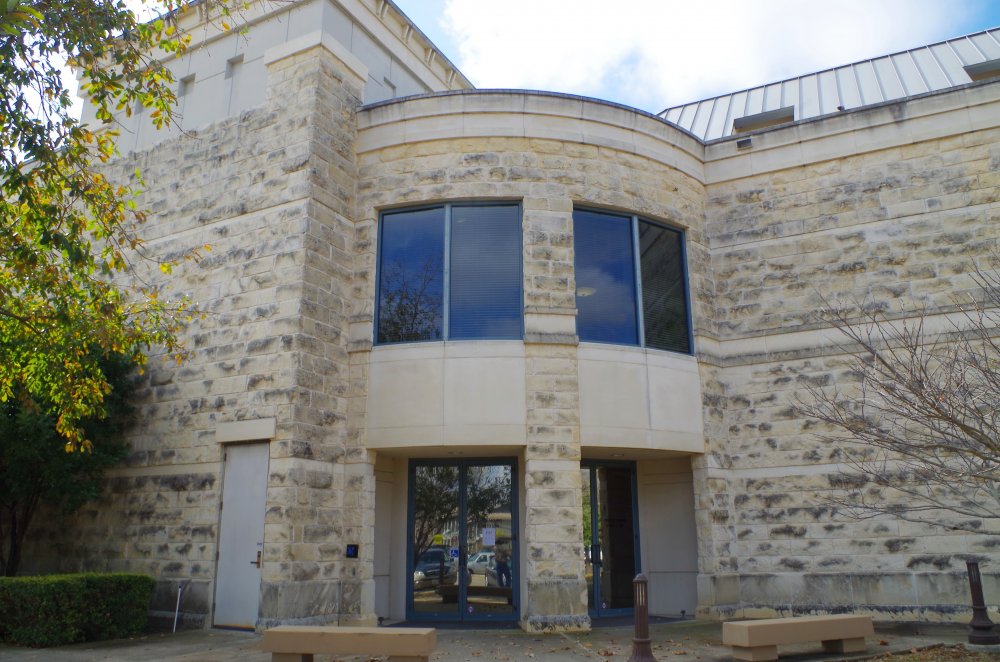 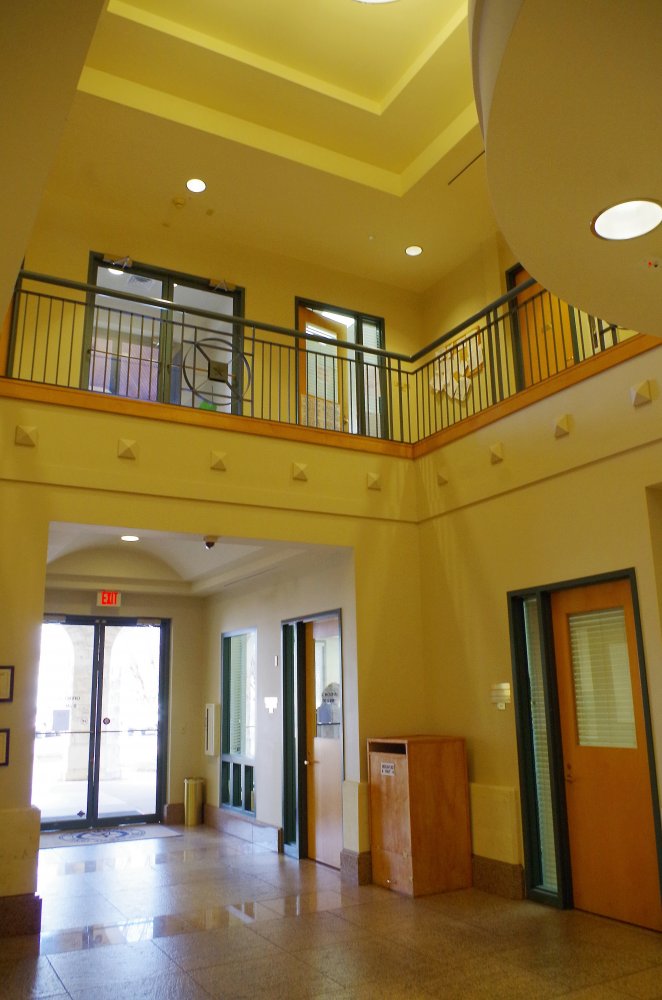 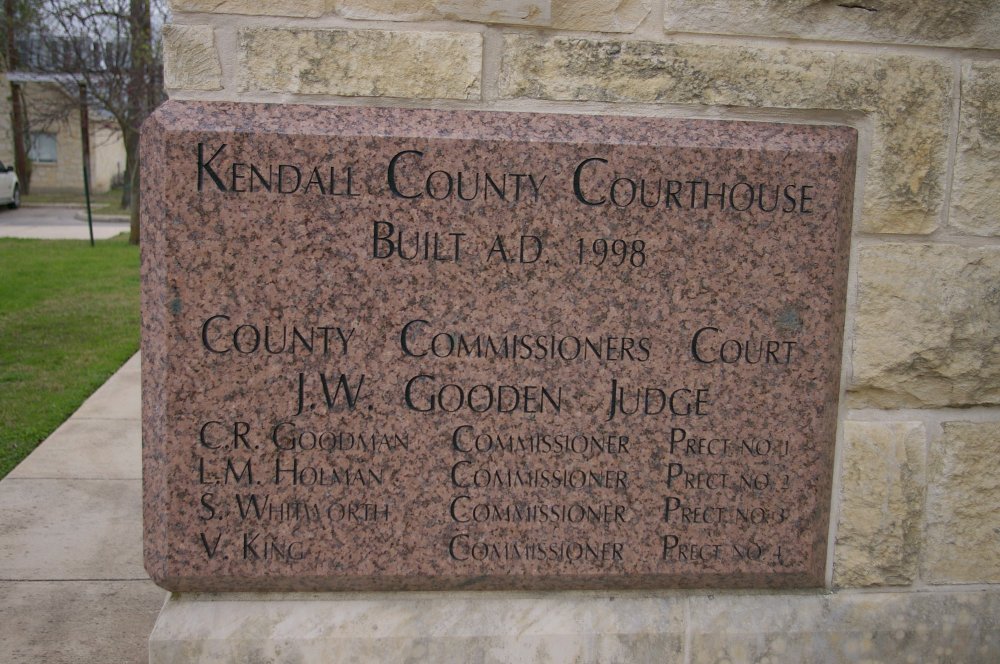 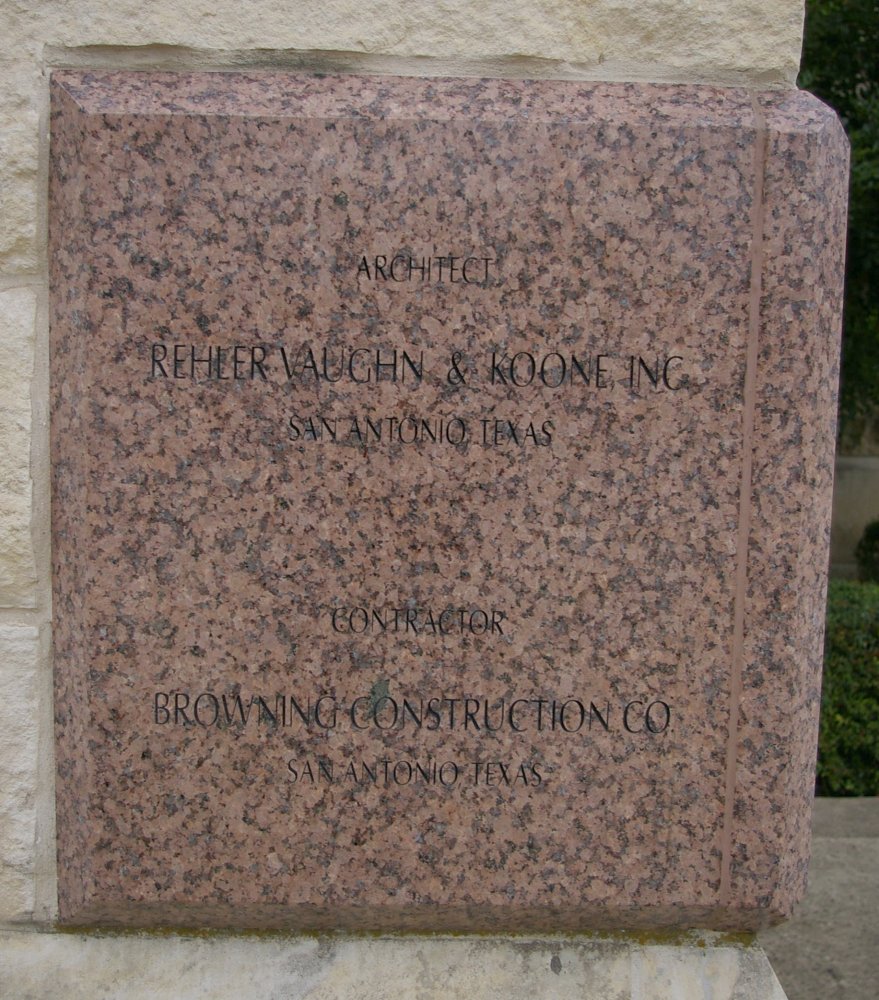 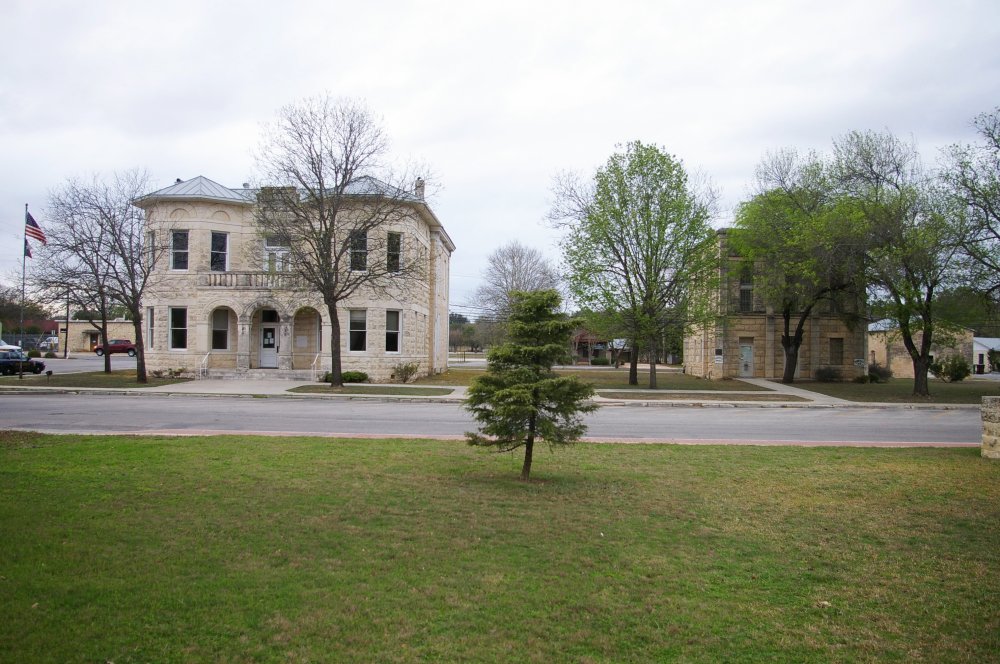 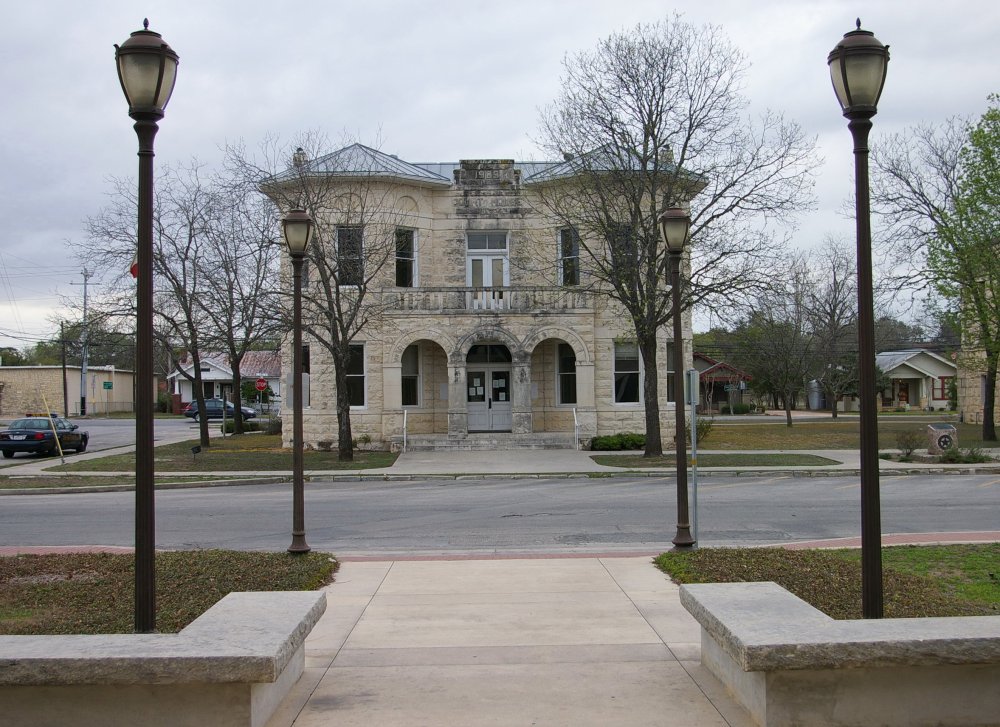 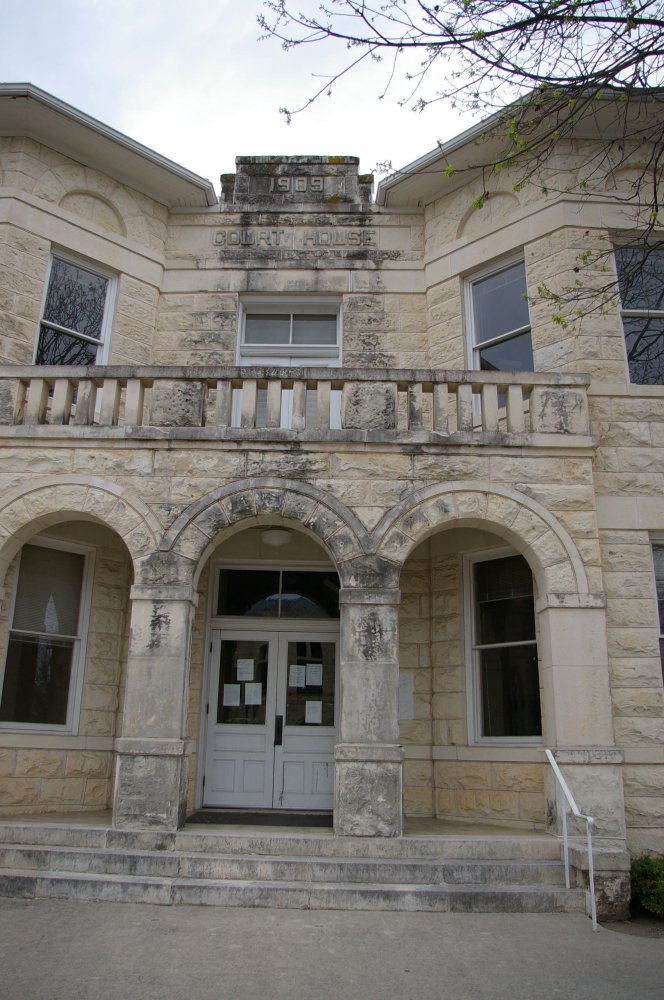 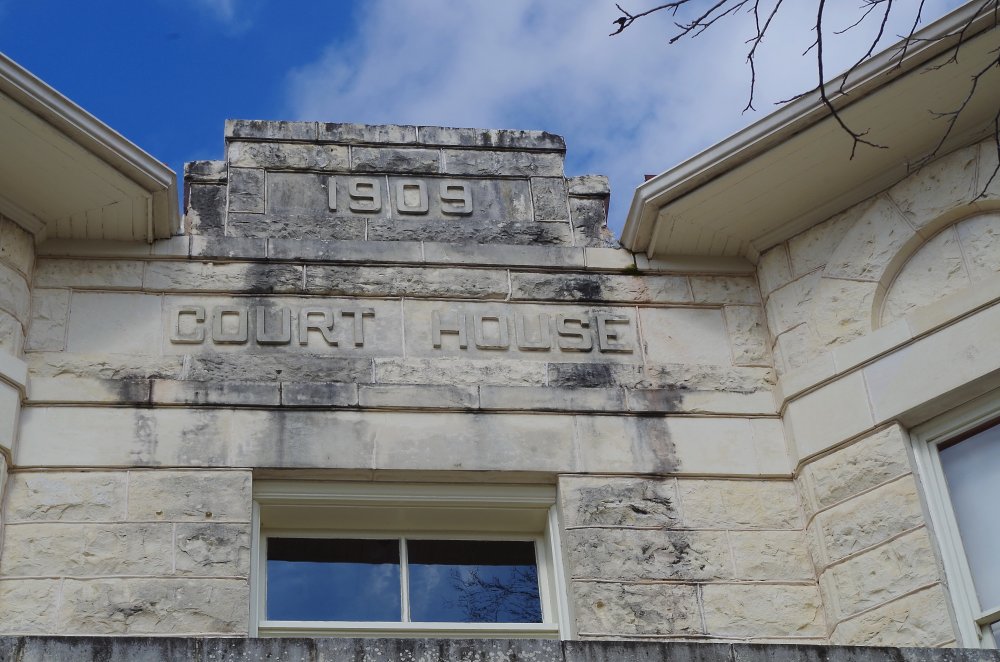 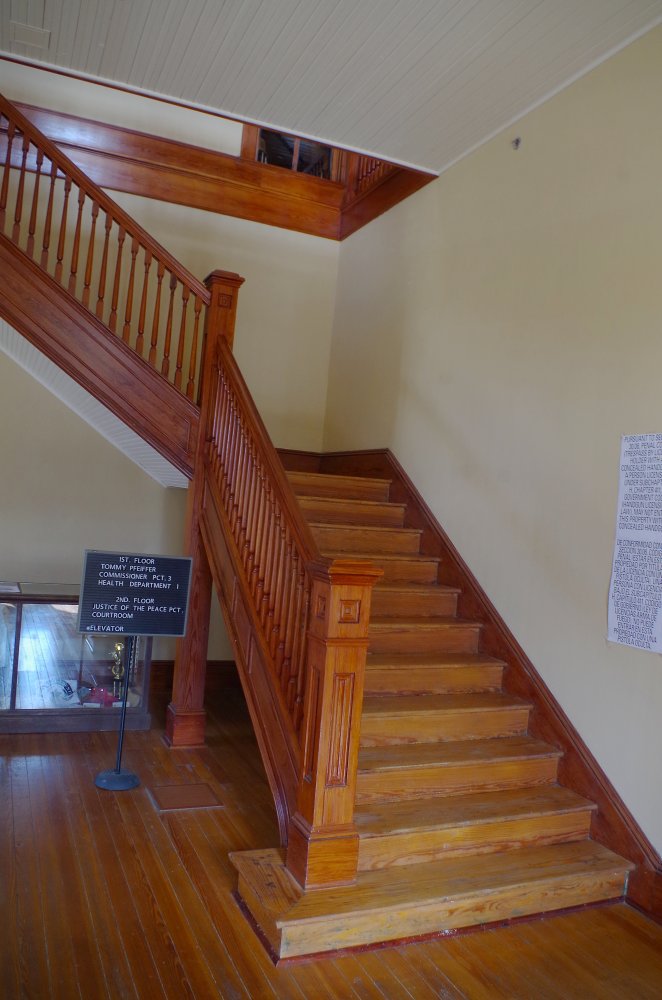 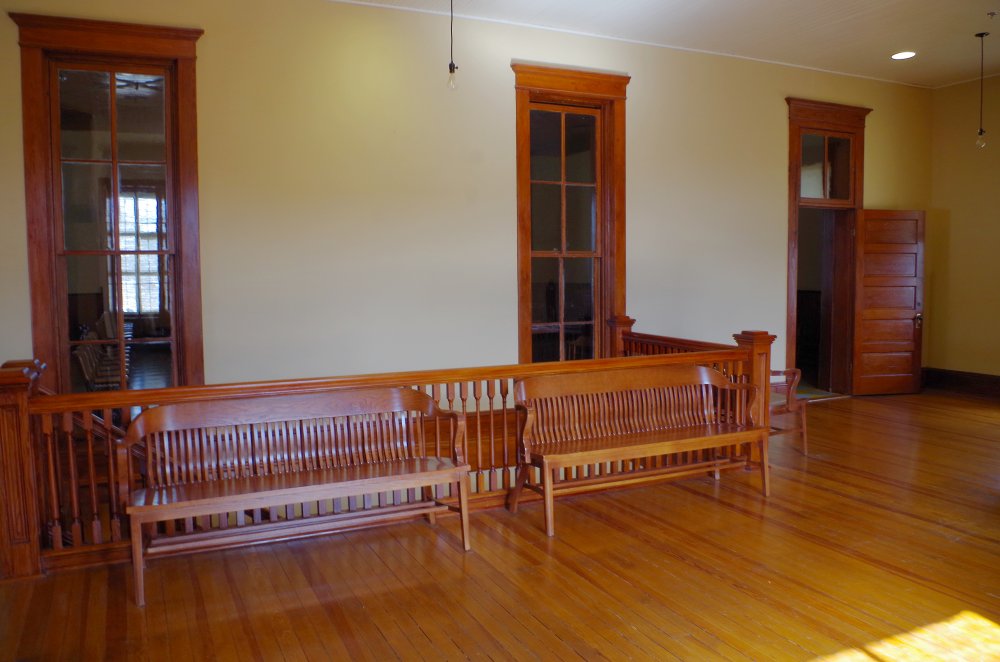 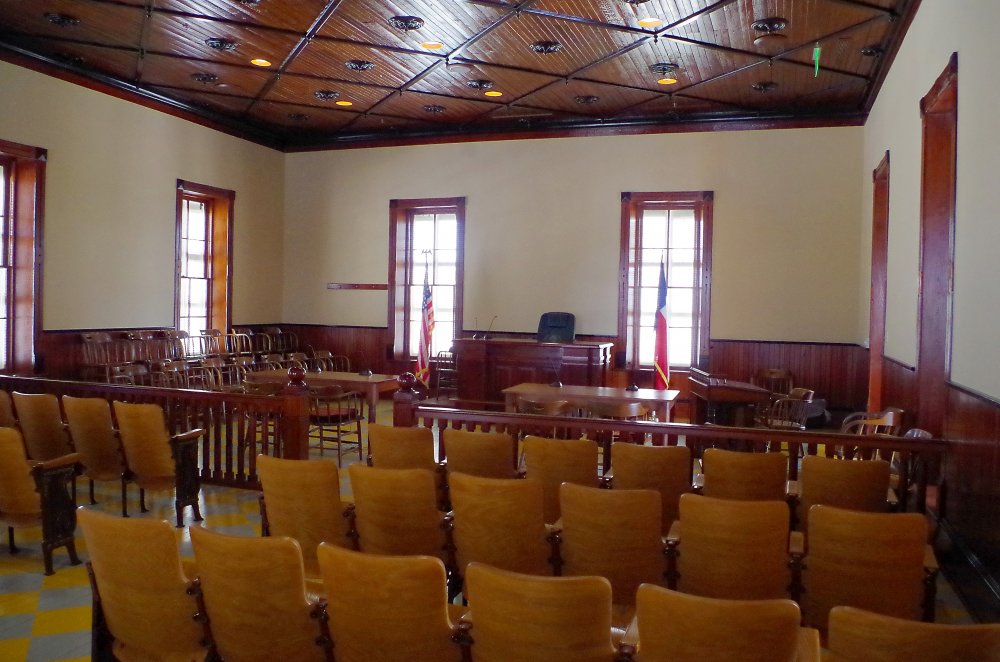 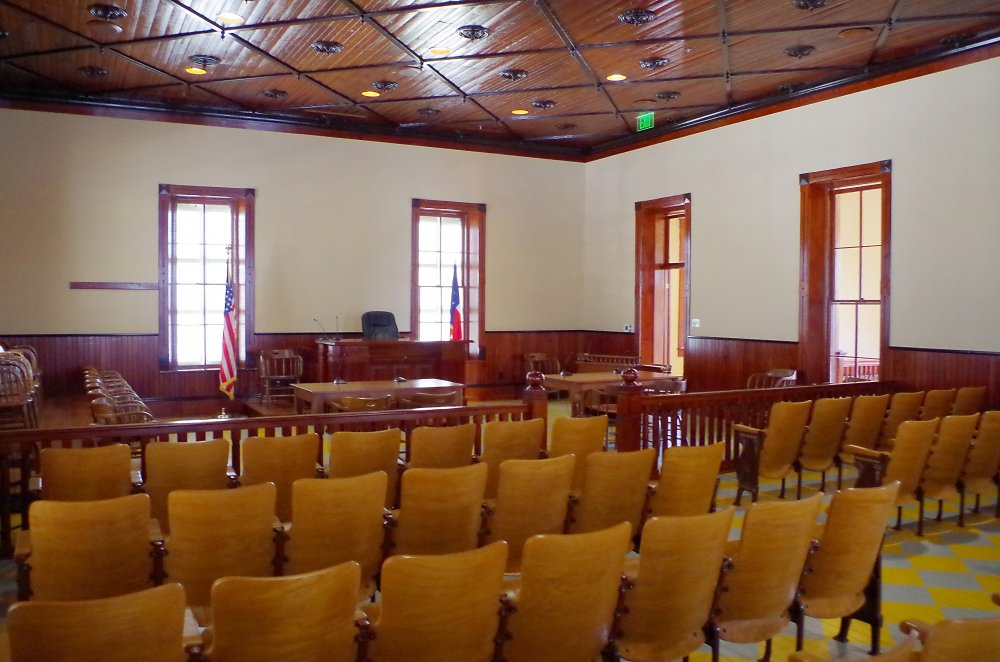 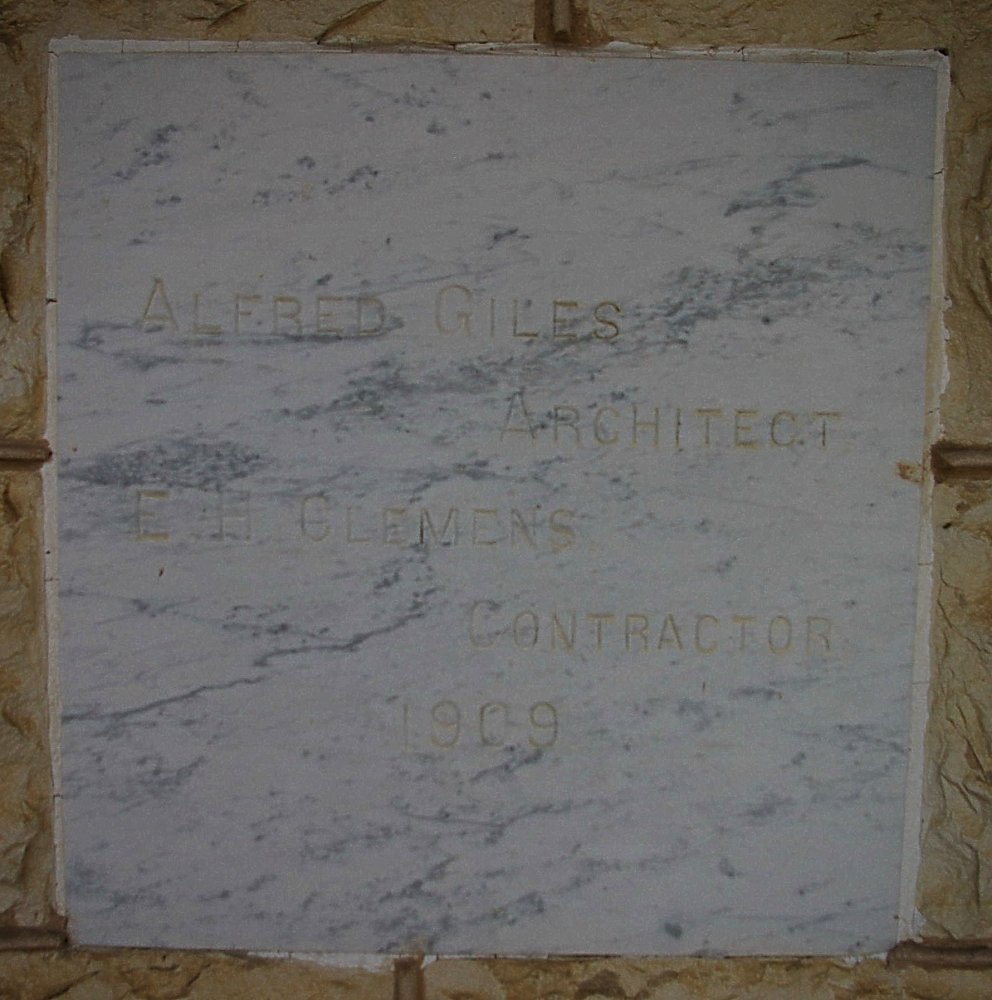 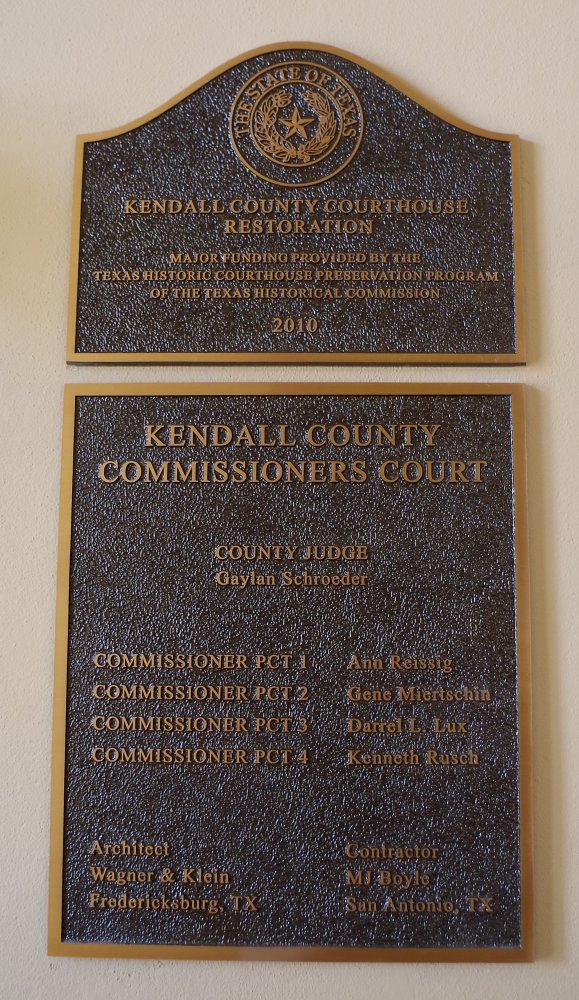 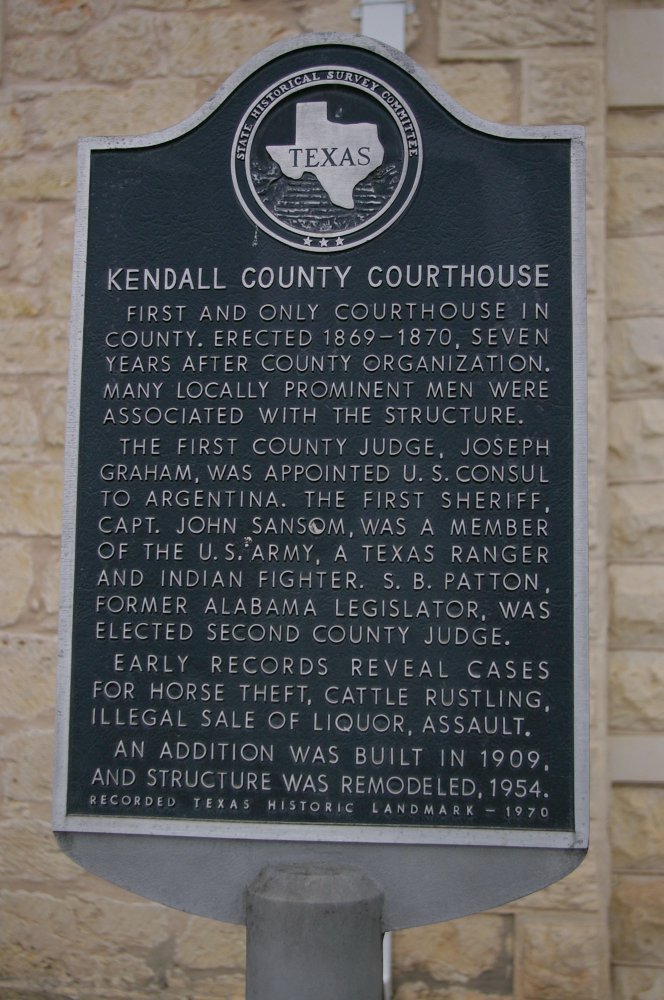 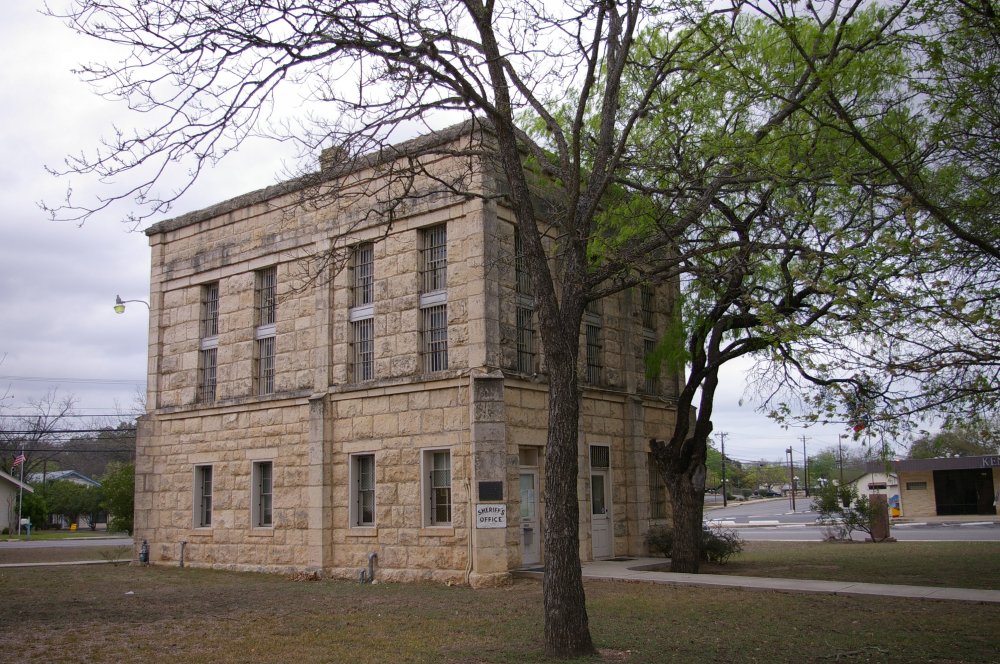