Jim Hogg County is named for James Stephen Hogg, who was the twentieth governor of Texas from 1891 to 1895.

Description:  The building faces west and is a two story white colored plaster with pink colored trim and concrete structure. The building is located on spacious landscaped grounds in the center of the city. The west front has a large portico supported by four pillars rising to a header at the roof line. The recessed entrance is framed with a fanlight above the door and on the second story is a small balcony. On the south side is a small porch. The roof line is flat. The building was remodeled in 1981 and cover with plaster. The architect was Lyendecker & Cavazos and the contractor was Leyendecker Construction. On the southeast side is a one story concrete annex. On the northeast side is the old white colored two story County Jail.

Note:  The courthouse is the first and only courthouse built in the County. 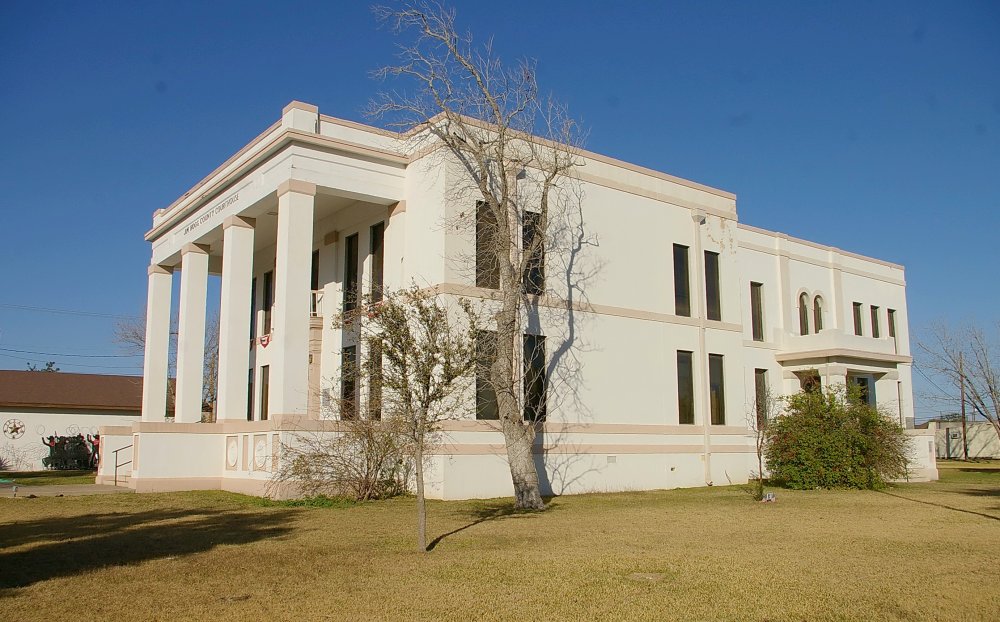 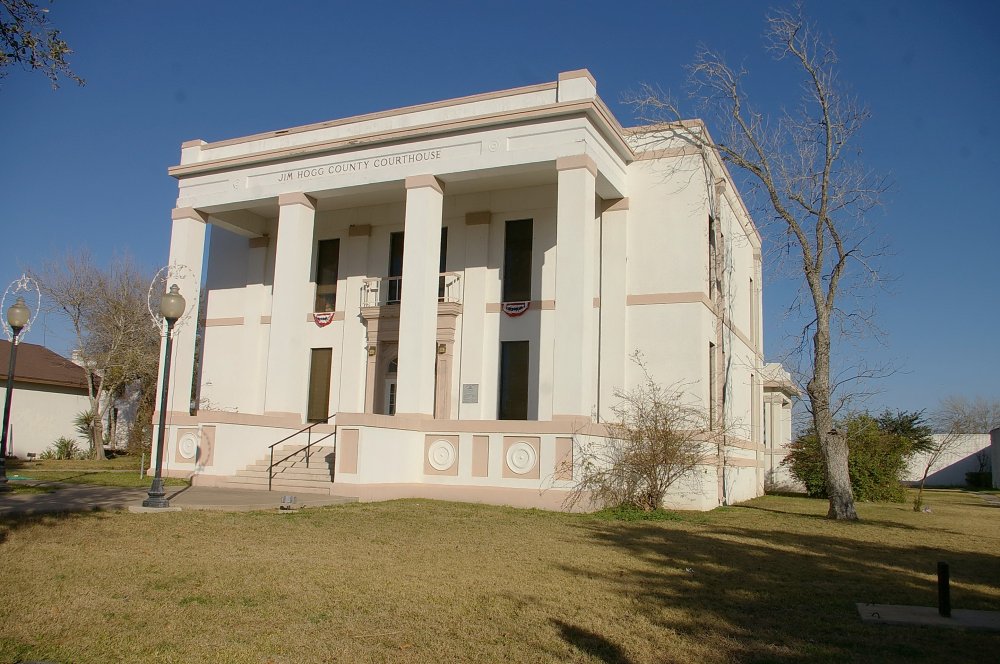 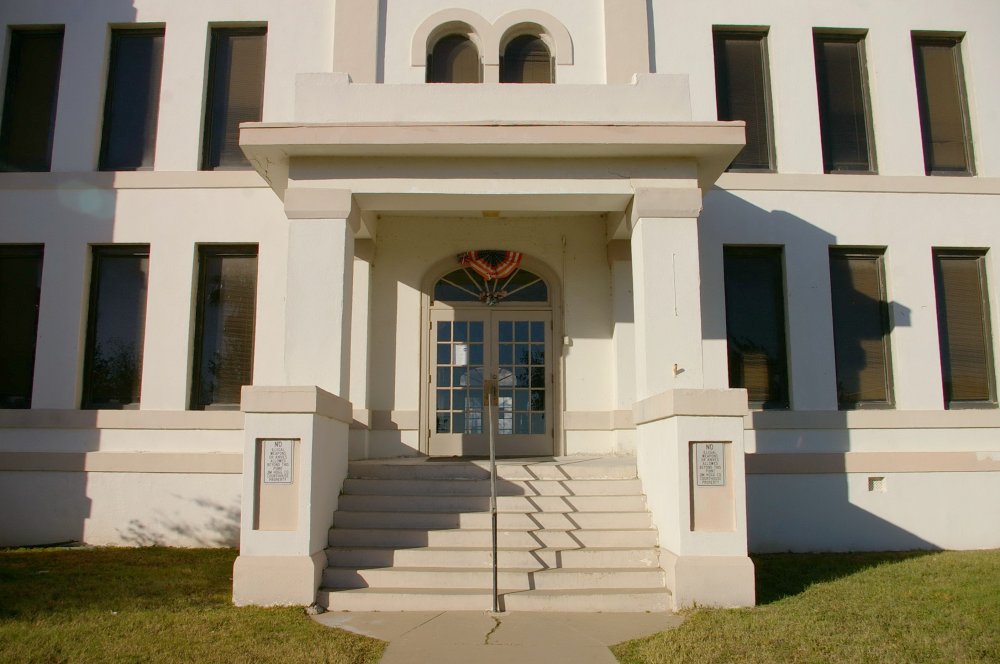 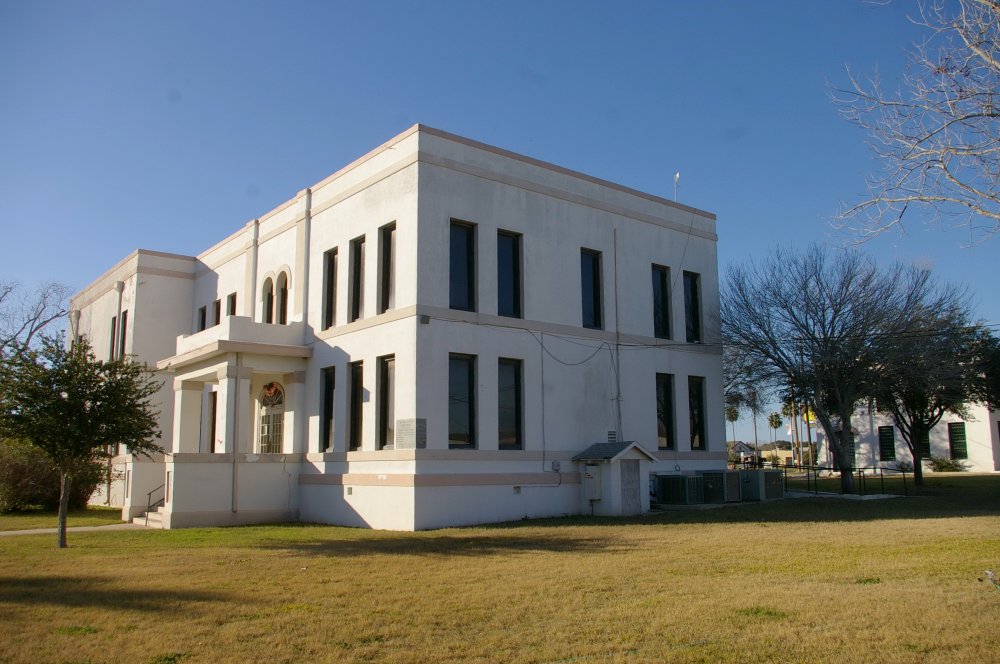 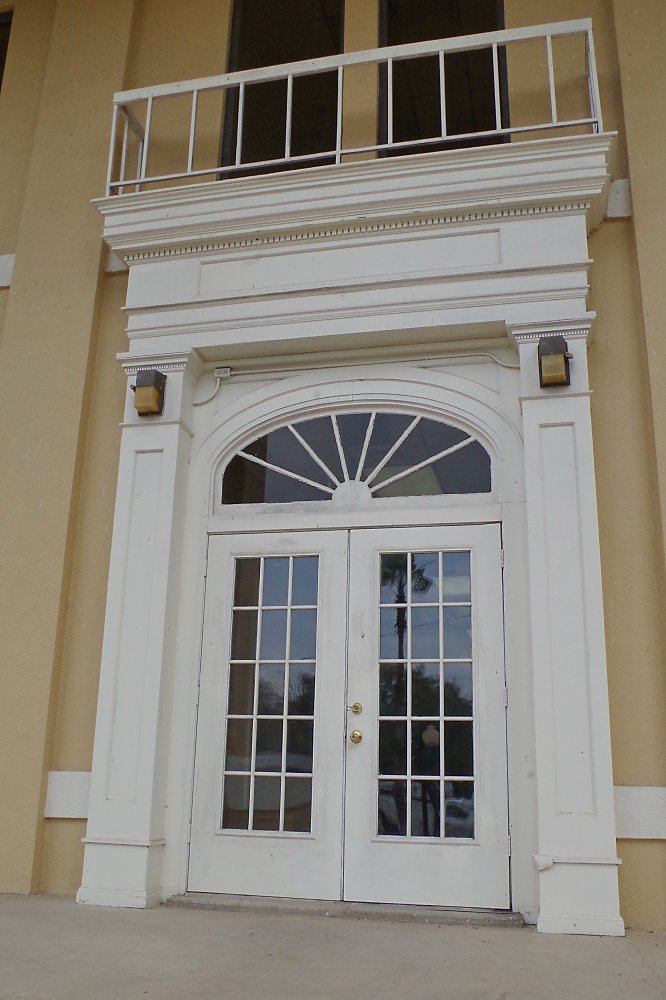