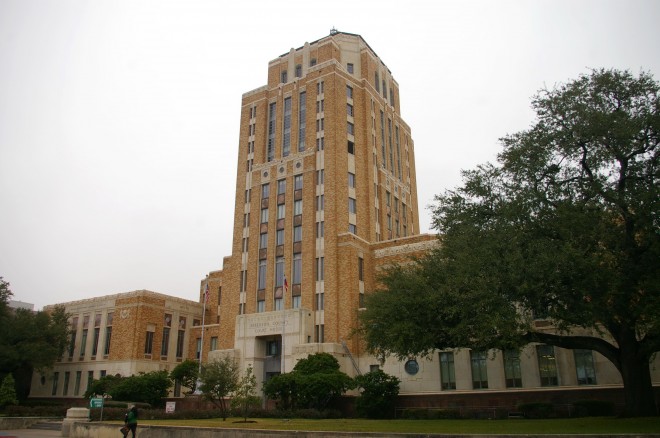 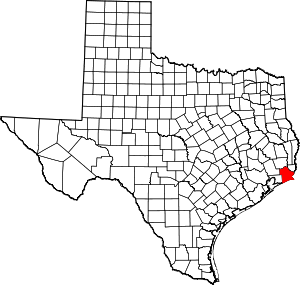 Description:  The building faces southwest and is a fourteen story stone, buff colored brick and concrete structure. The building is located on landscaped grounds in the center Beaumont. The southwest central entrance is faced with stone and above rises a high square brick tower with tiered top. On the east and west are four story wings.  The sculptor of the frieze panels and other architectural sculpture was Beaumont sculptor Matchett Herring Coe. On the west side is the new courthouse which is connected to the building. The building was renovated in 1984. The architect was The White Budd Van Ness Partnership and the contractor was Bella Company. The building was renovated in 2011. The architect was Bailey Architects Inc. and the contractor was Phoenix I Restoration and Construction Ltd. 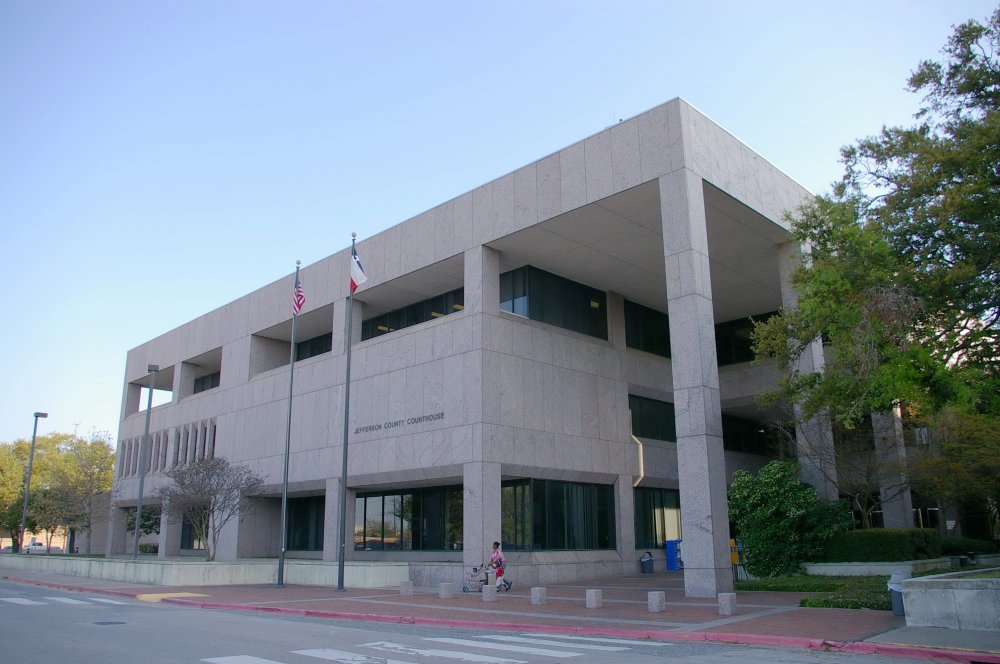 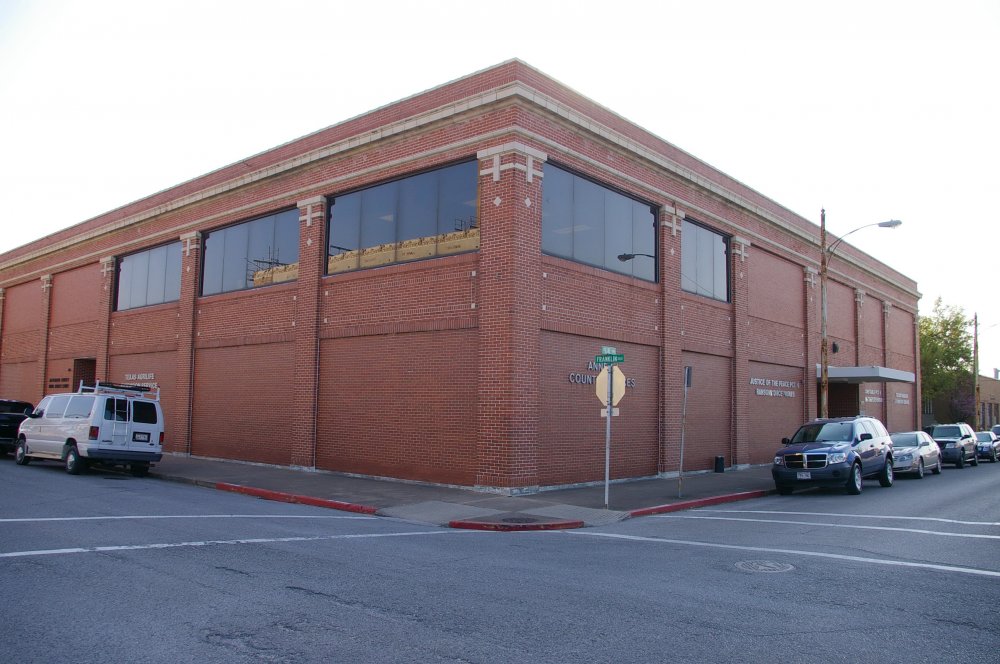 Description:  The building faces northwest and is a two story red colored brick and concrete structure. The roof line is flat. The building is located on the south side of the courthouse in the center of Beaumont. The building was renovated in 1984. The architect was The White Budd Van Ness Partnership and the contractor was Daniels Buuilding & Construction. 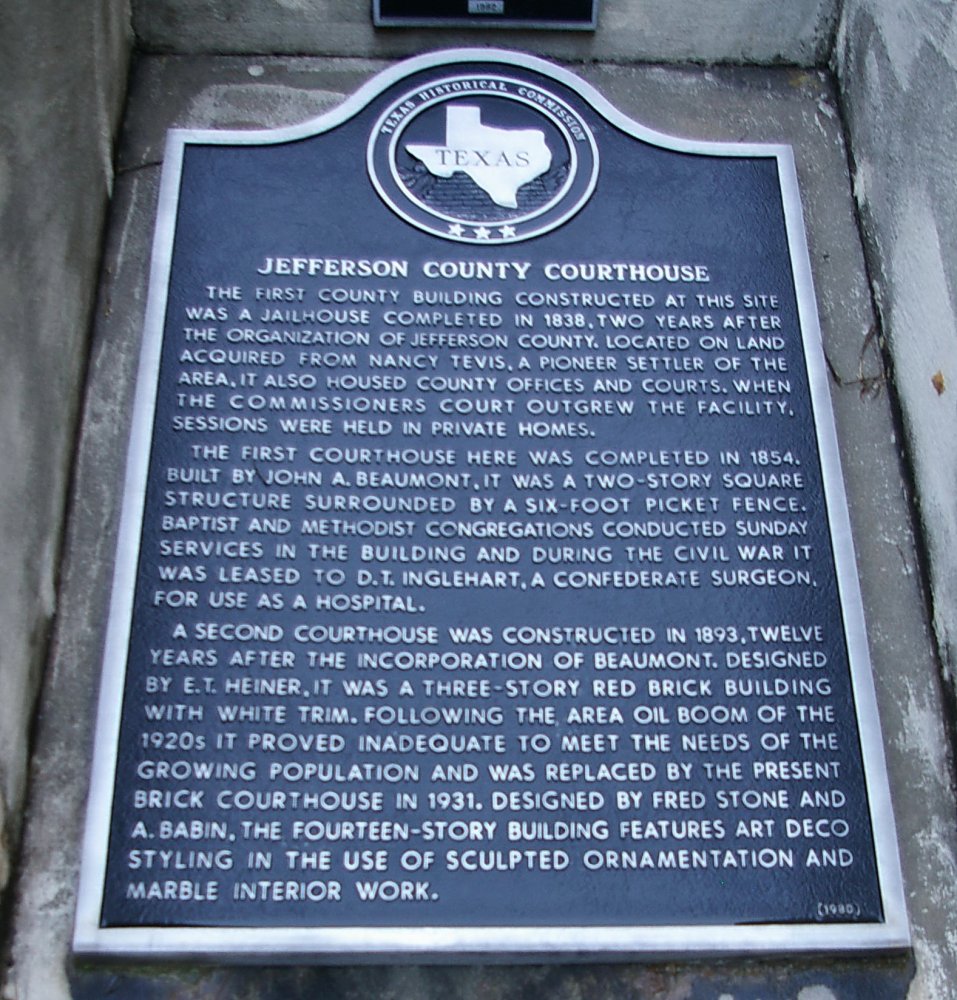 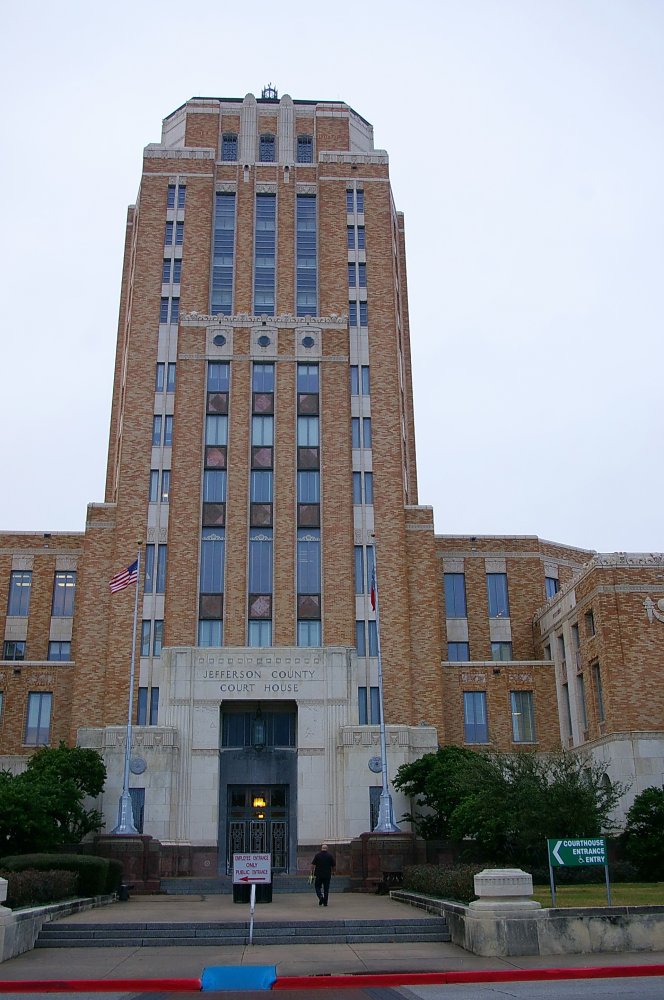 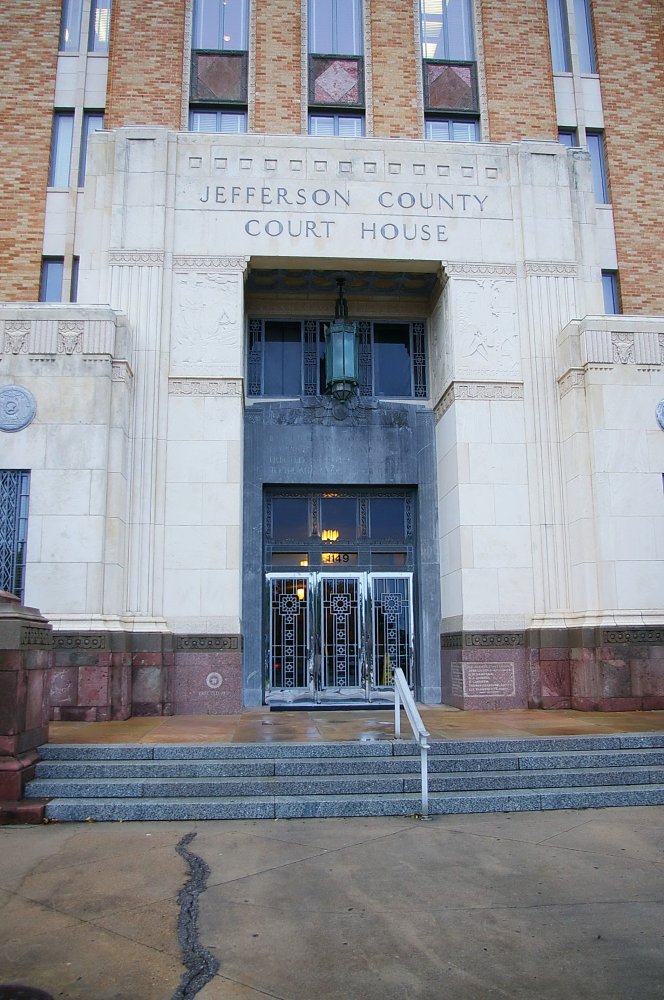 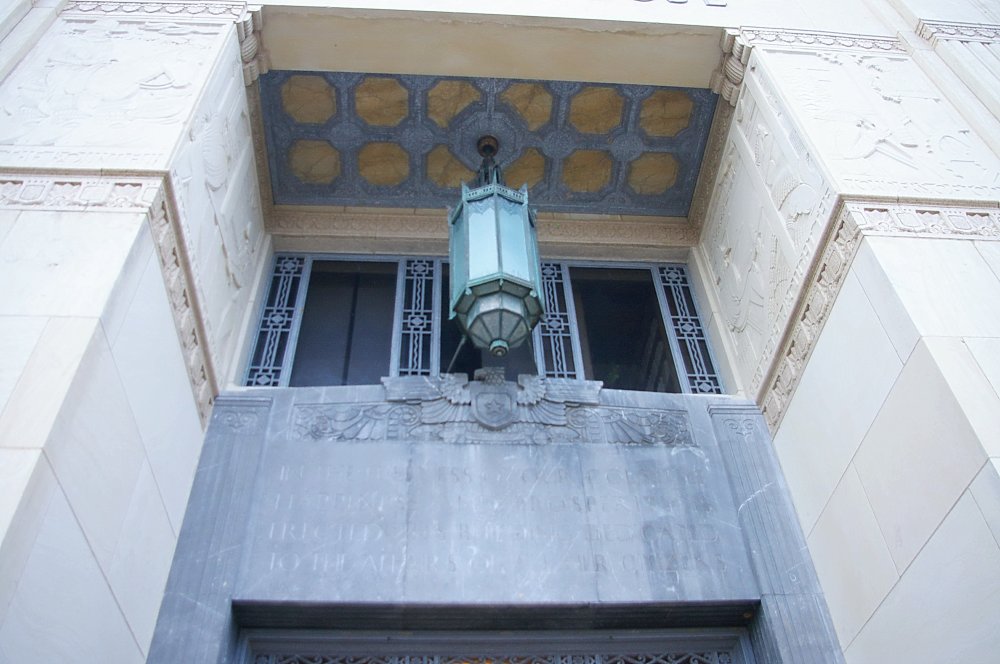 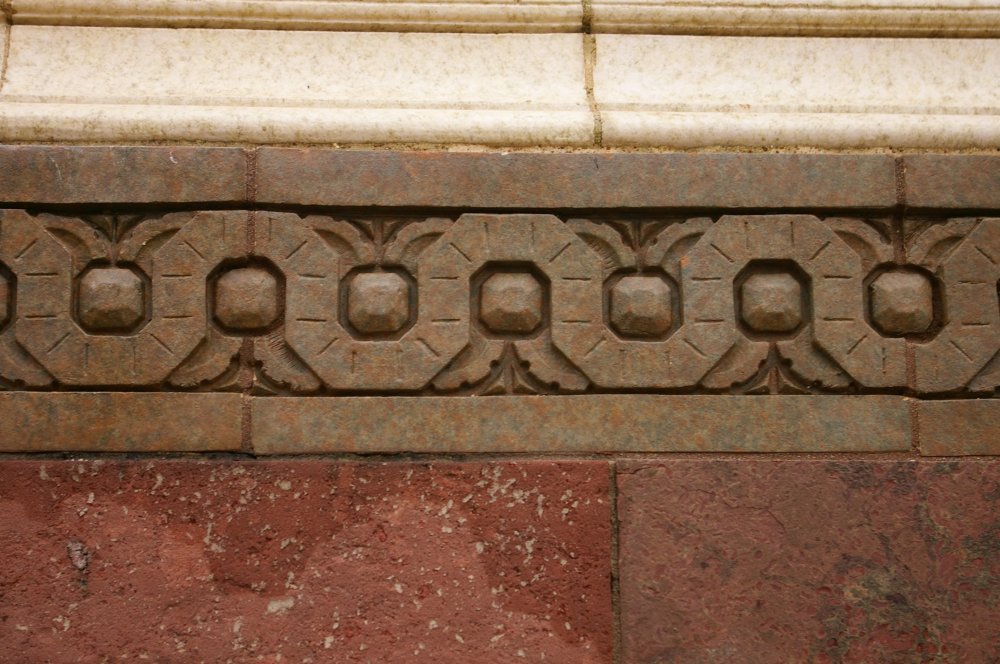 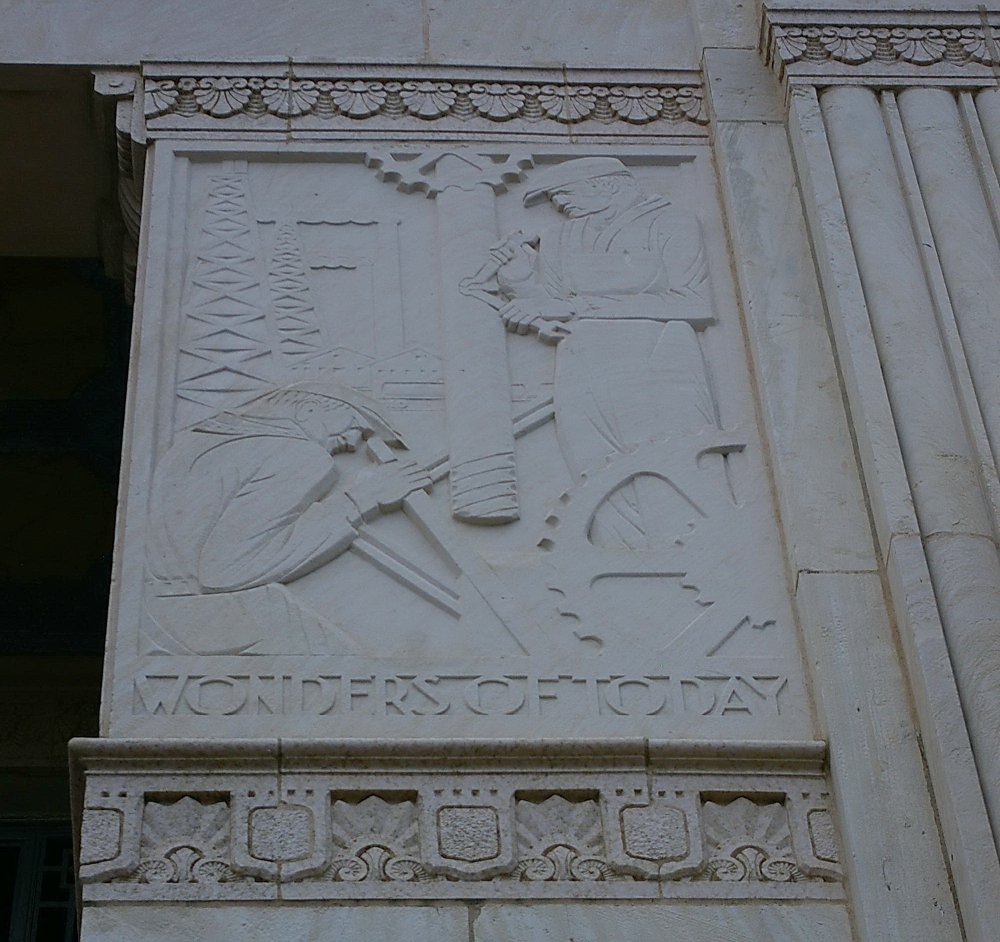 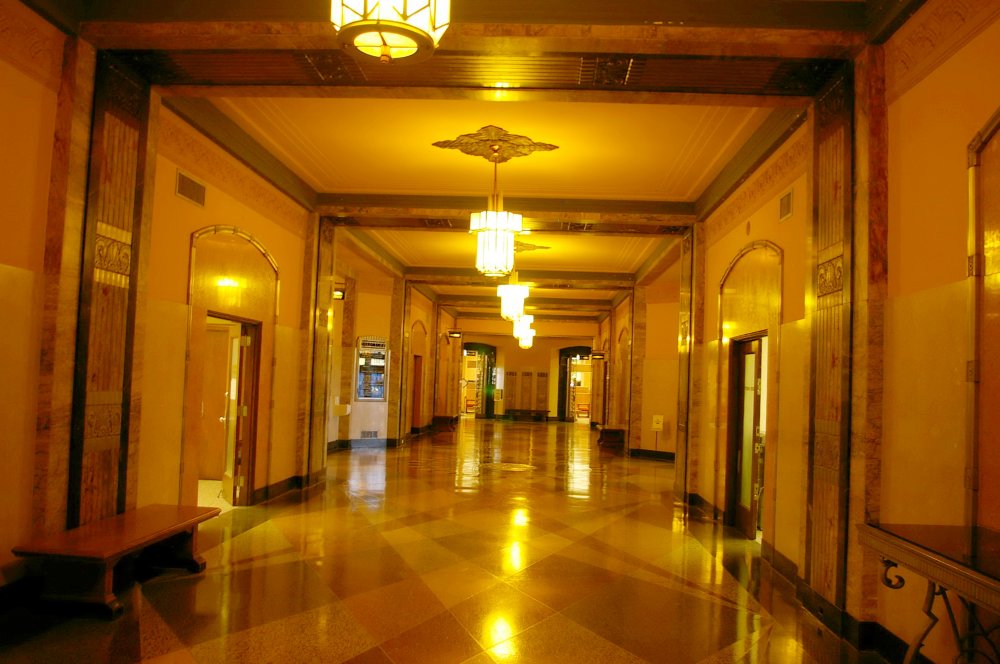