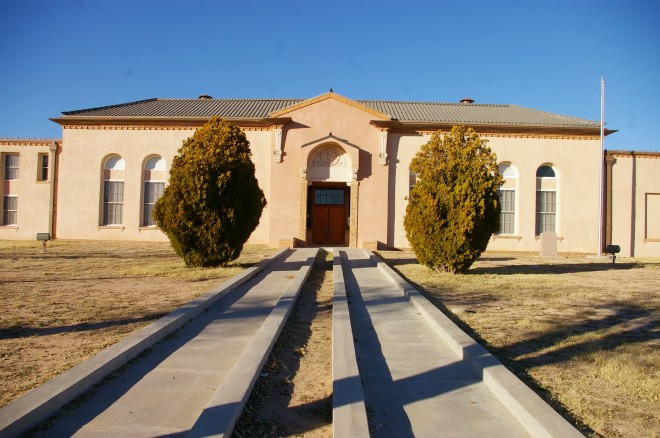 Hudspeth County is named for Claude Benton Hudspeth, who was a state congressman, rancher and newspaper publisher. 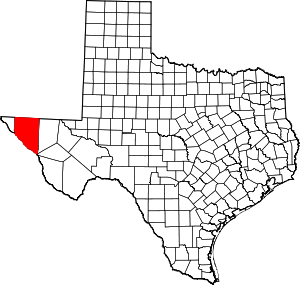 History:  The county was created in 1917 and Sierra Blanca was selected as the county seat. The present courthouse is the first and only courthouse built in the County. The cost of construction was $35,000. Lang & Mitchell were hired as the architect in 1918 but were released. Bueteil and Hardie of El Paso prepared the plans and three bids were received: J C Worthington at $40,000, H T Ponford & Sons at $36,750 and George Boudett at $35,000. The bids were rejected and Bueteil and Hardie were hired to supervise construction in 1918. Subcontractors were : Rosendo DeLarosa (adobe bricks), Lee Williams (hauling), Gem Electric Corporation, Southwestern Sheet Metal Works, Southwestern Planing Mills, Dave Crockett and Blanca Trading Company. 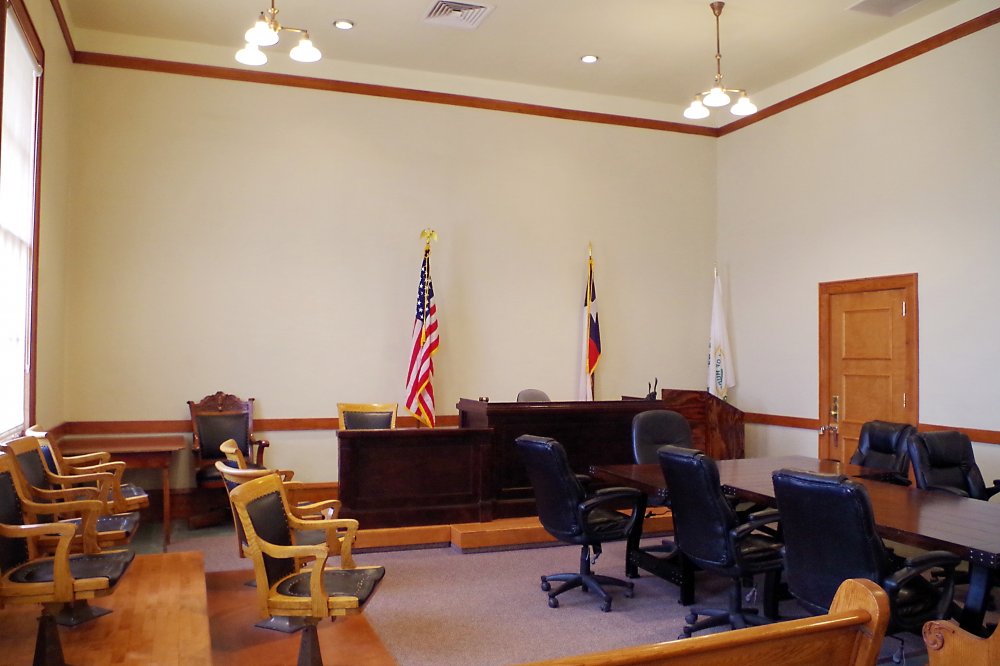