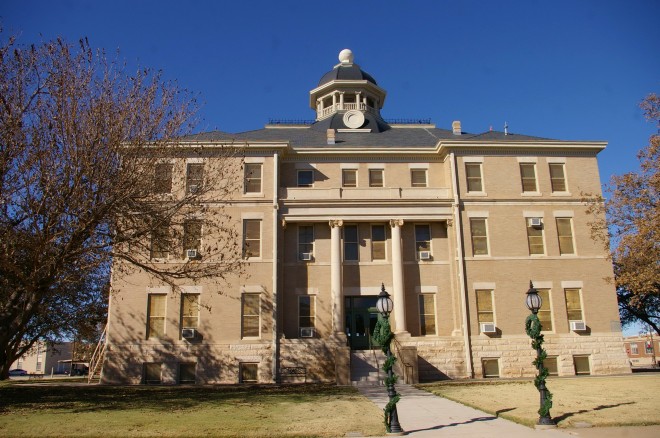 Hardeman County is named for Bailey Hardeman and Tomas Jones Hardeman, who were two early Texas politicians and legislators. 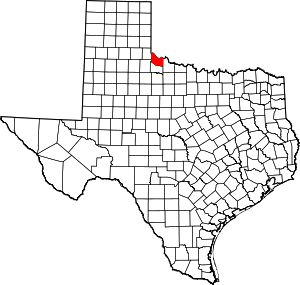 Description:  The building faces east and is a three story buff colored brick, limestone and concrete structure. The building is located on landscaped grounds in the center of  Quanah. The building has a raised Indiana limestone basement. The east front has a recessed center section with entrance on the first story and two columns rising to a header and balcony at the top of the second story. On the center of the roof is an octagonal cupola with black colored slate roof. The roof is hipped. In the interior, the first story is divided by two halls paved with a beautiful mosaic tiling. There are pressed metal ceilings. Two stairways ascend to the second story where the large courtroom is located. The ceiling is twenty-two feet high and has opera style seating. The building houses the State District Court and Constitutional County Court. The building was restored in 2014. The architect was Architexas and the contractor was Pheonix I. 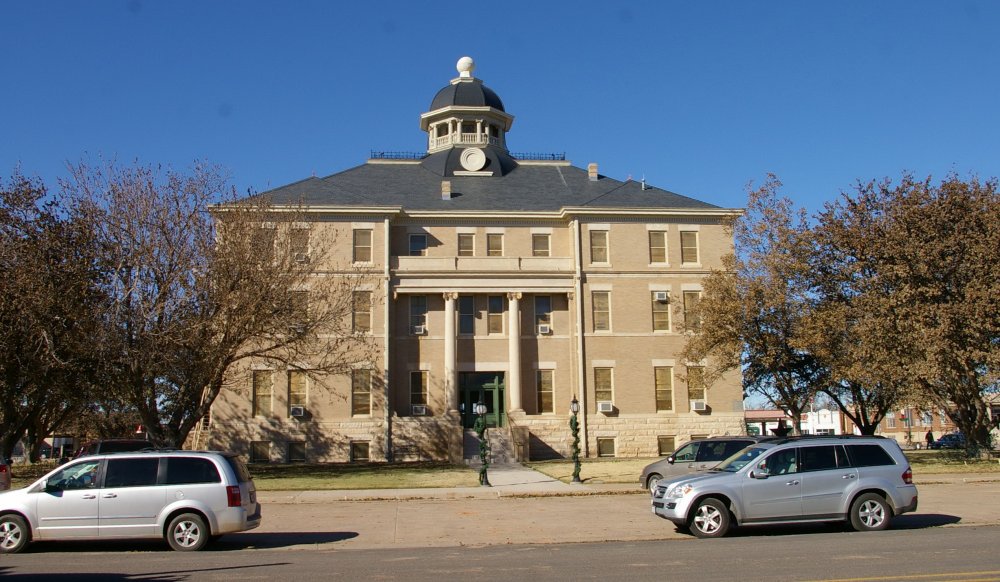 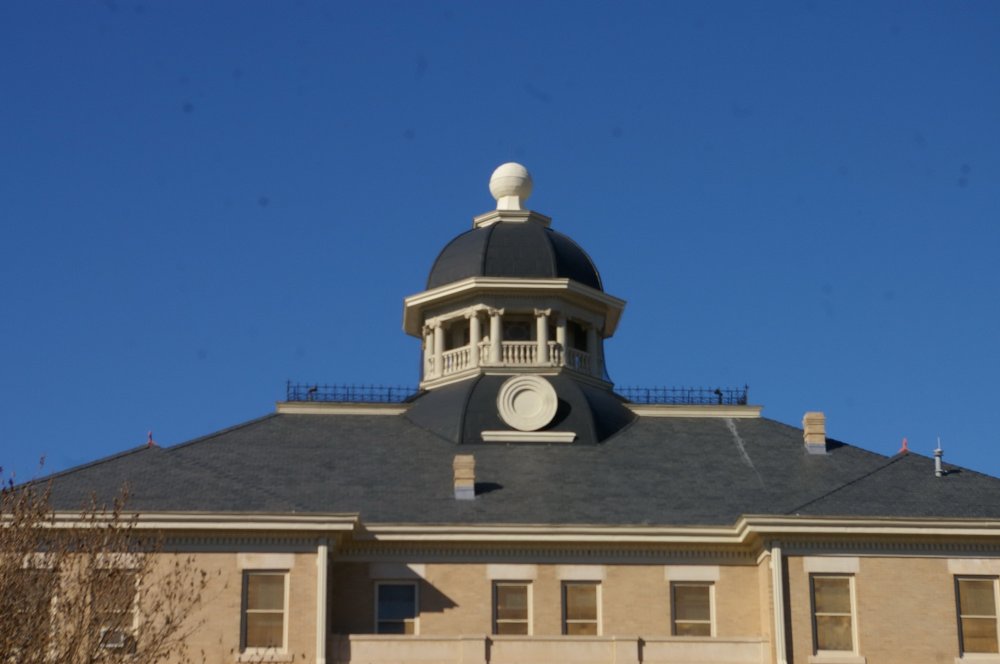 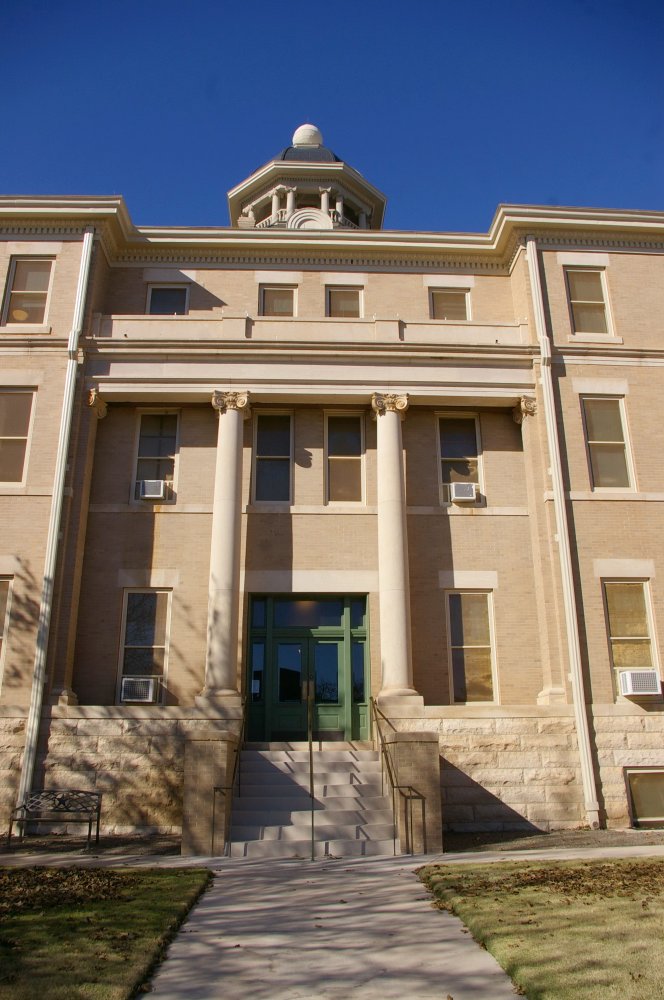 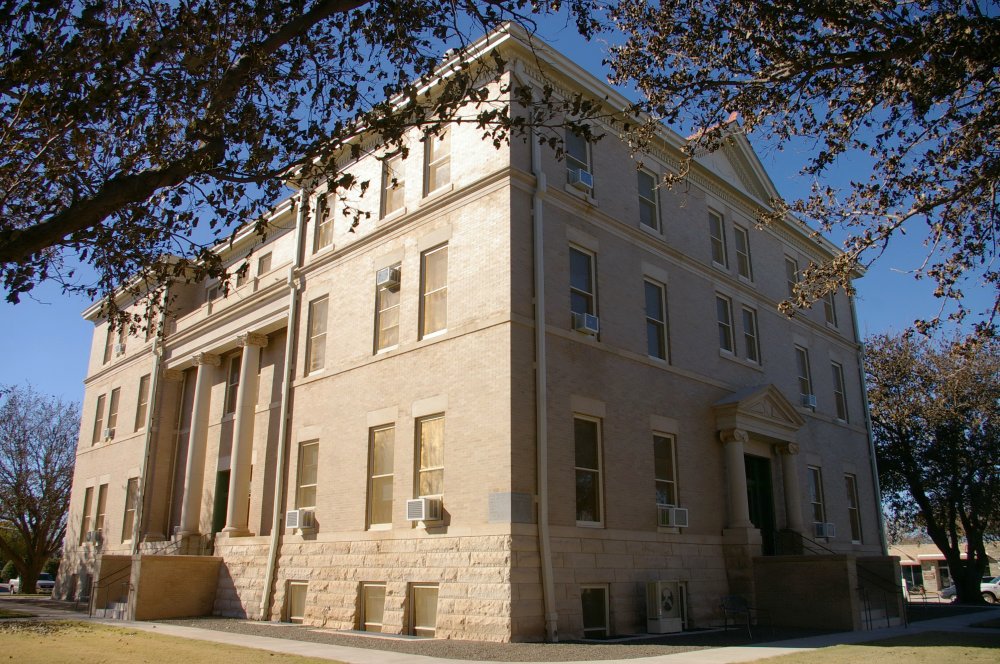 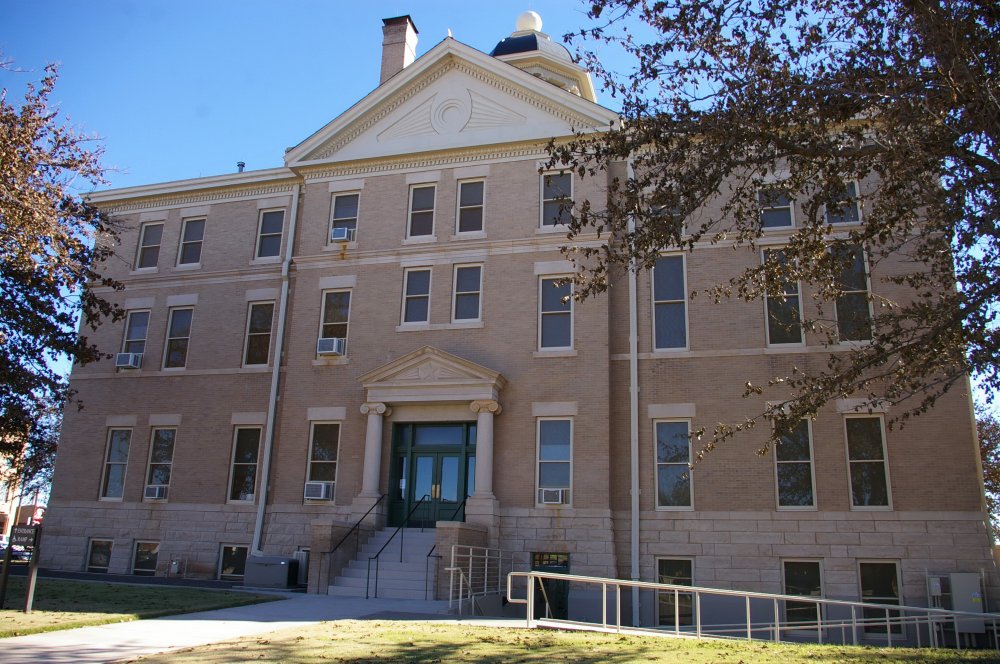 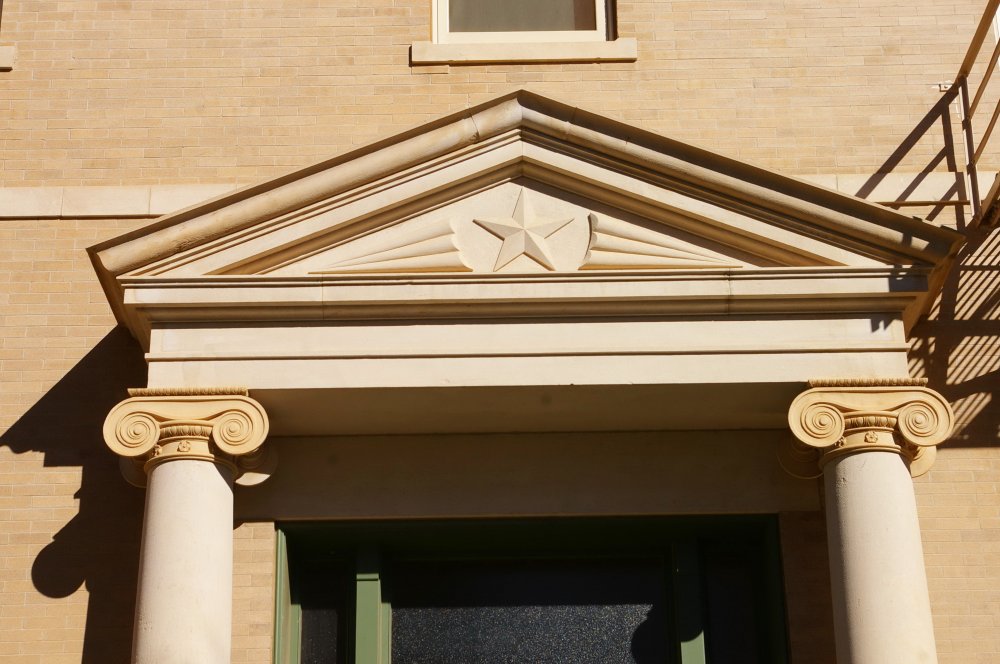 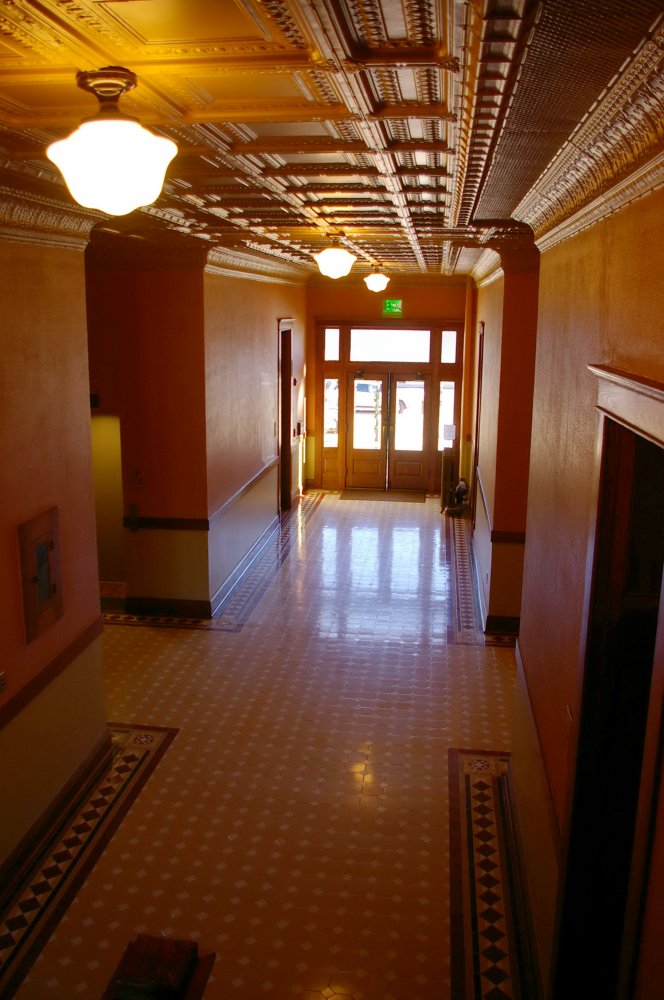 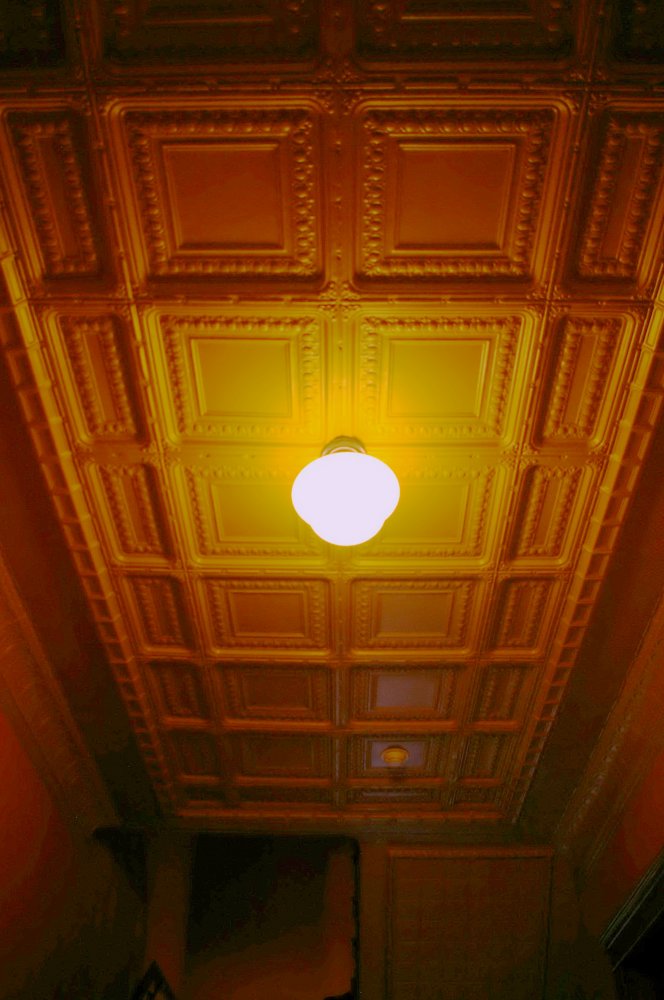 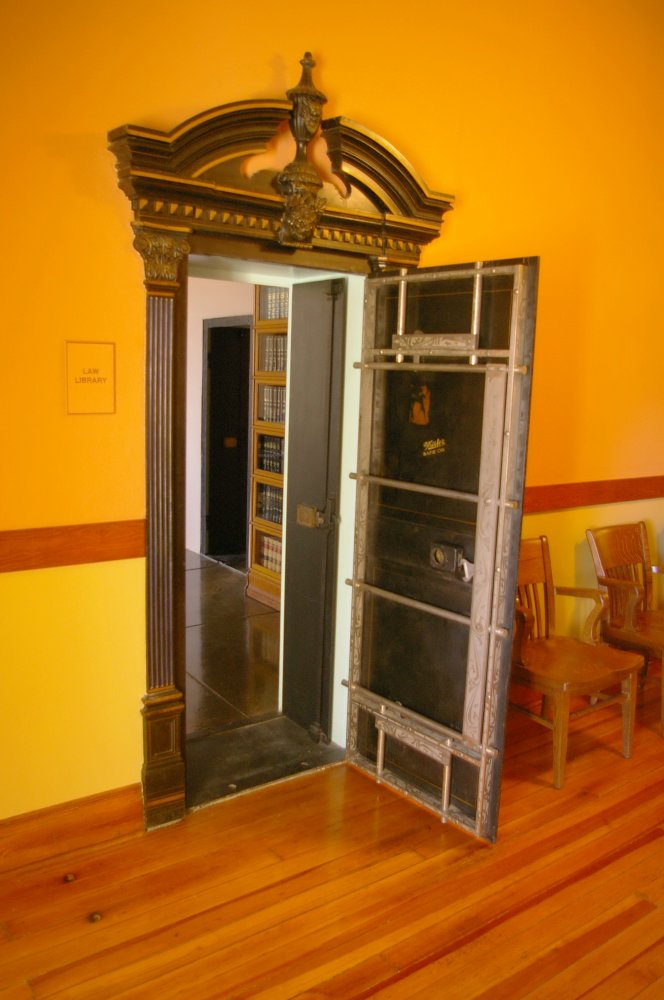 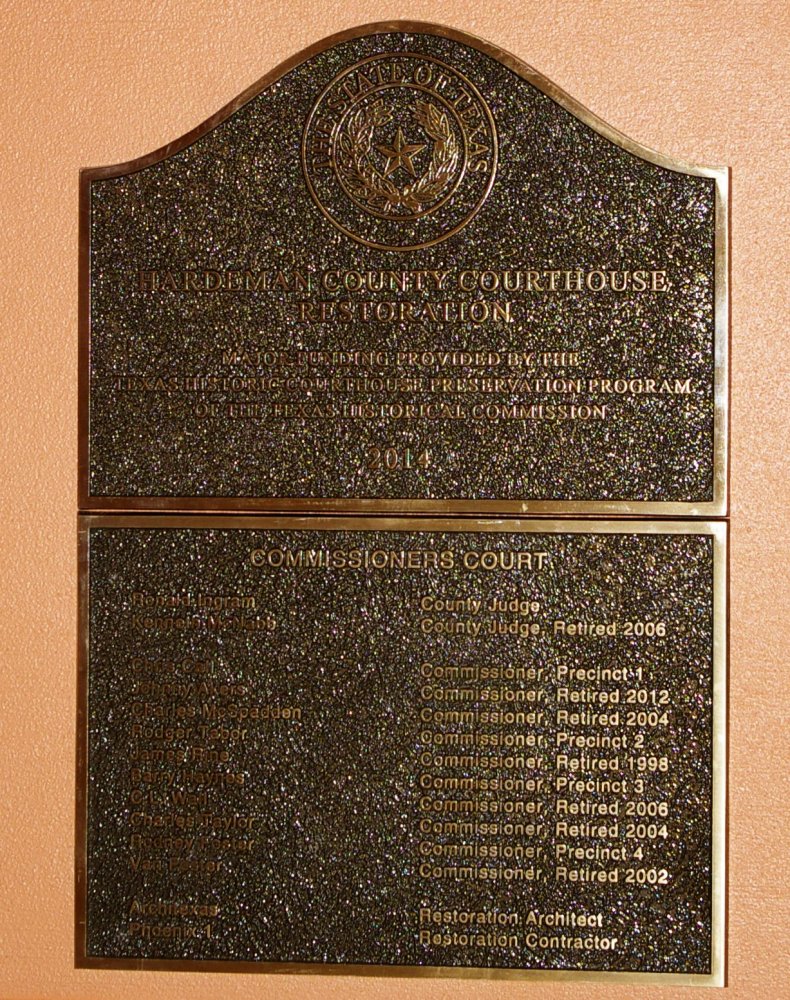