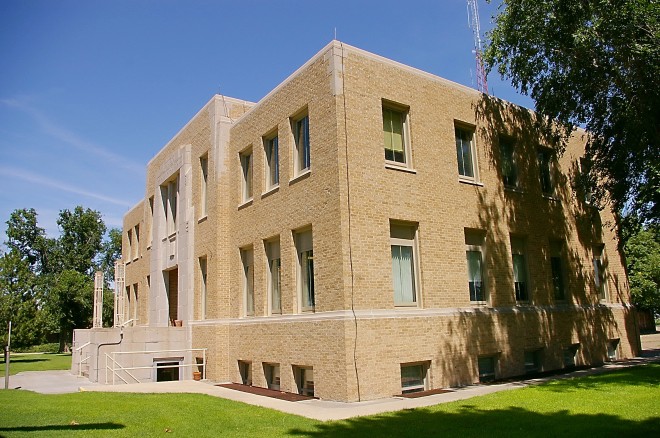 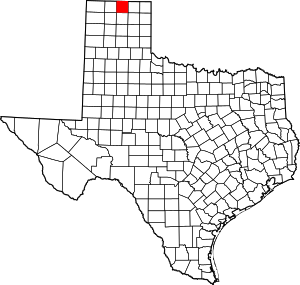 Description:  The building faces northwest and is a two story buff colored brick and concrete structure. The building is located on landscaped grounds in the center of Spearman. The building is a rectangular shape with the addition on the southeast side. The west front has stone trim around the entrance and windows above the entrance. In the interior, the courtroom is located at the center of the second story. The building houses the State District Court, Constitutional County Court and County Justice Court. The addition was constructed in 1958 and the architect for the addition was John P Merk and the contractor was Page & Richardson. 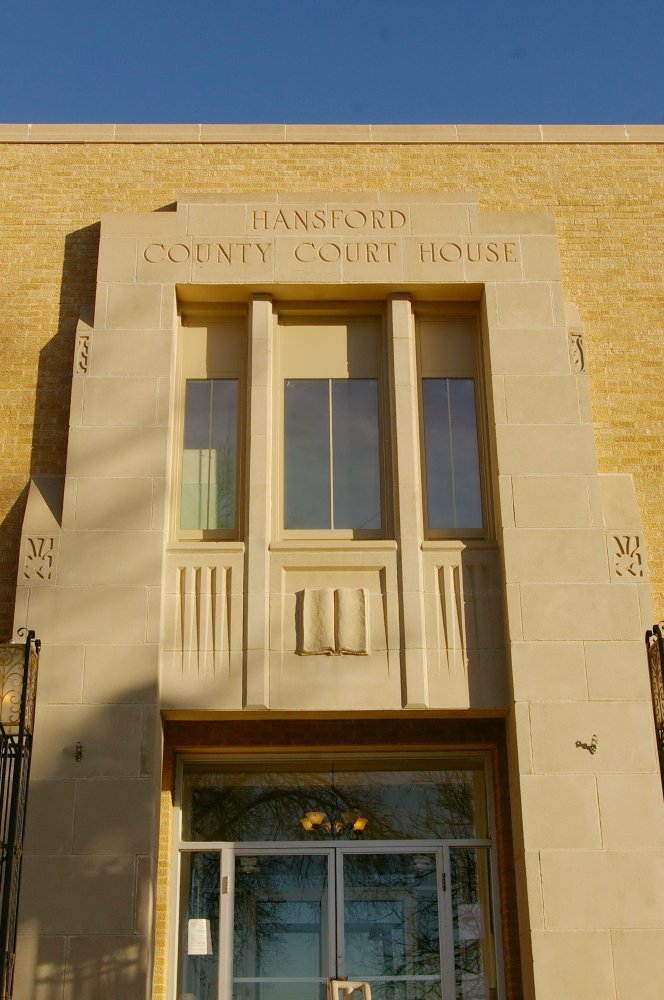 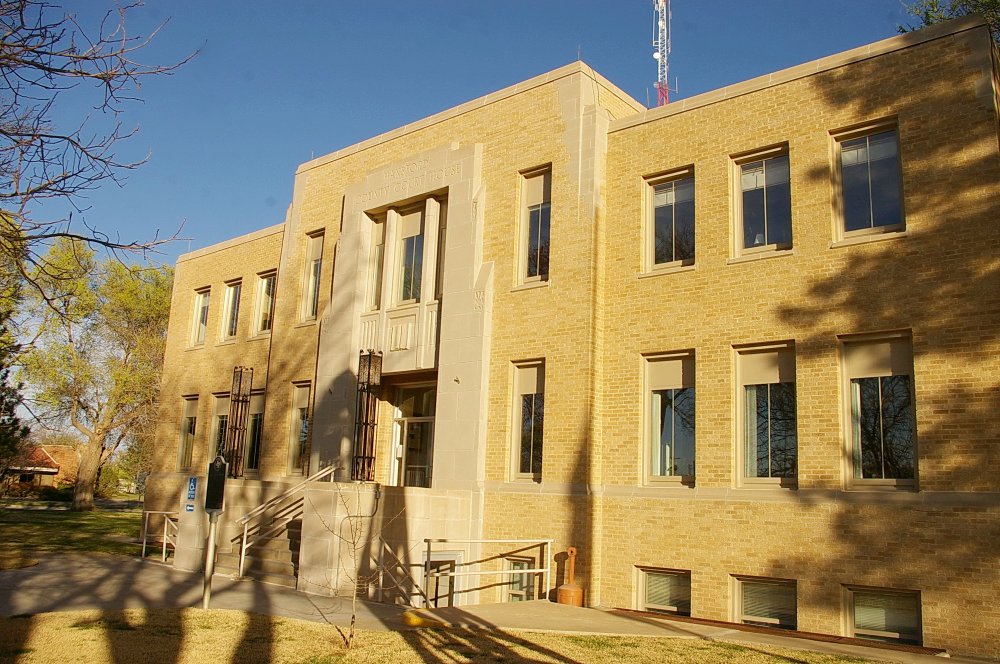 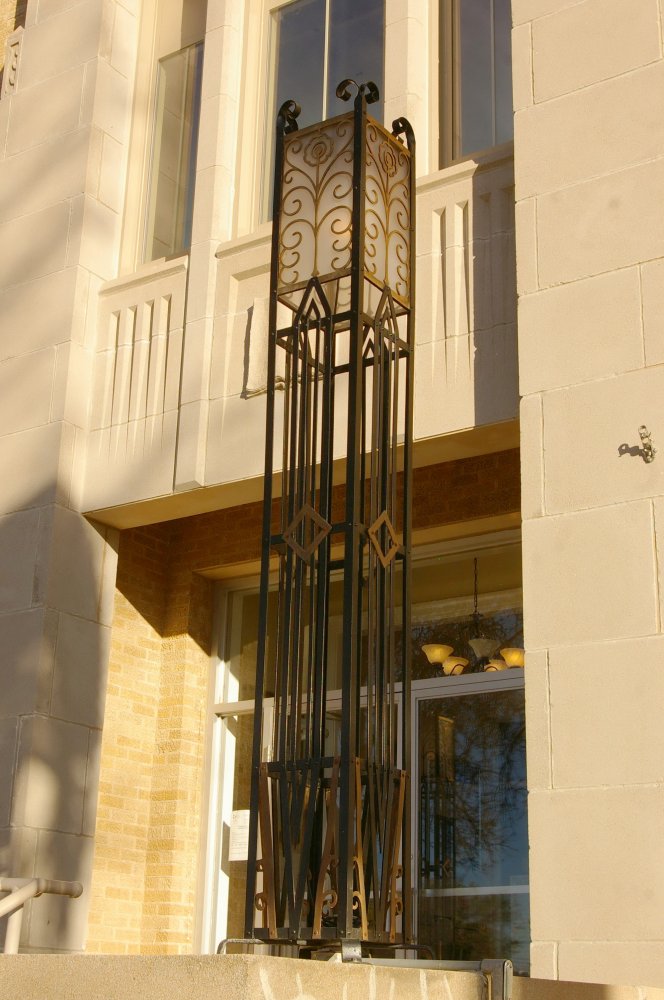 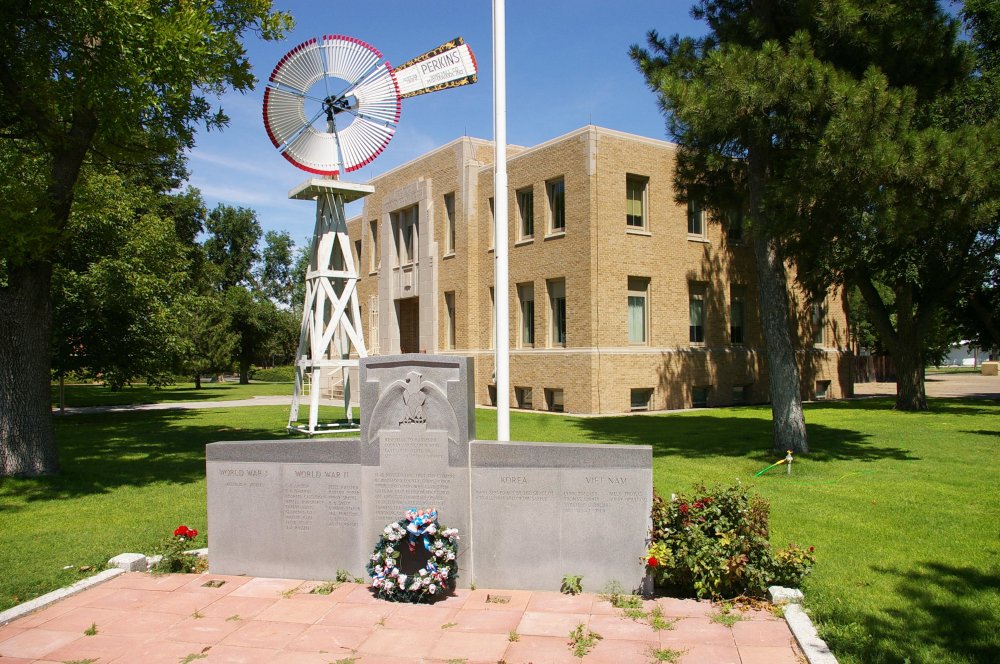 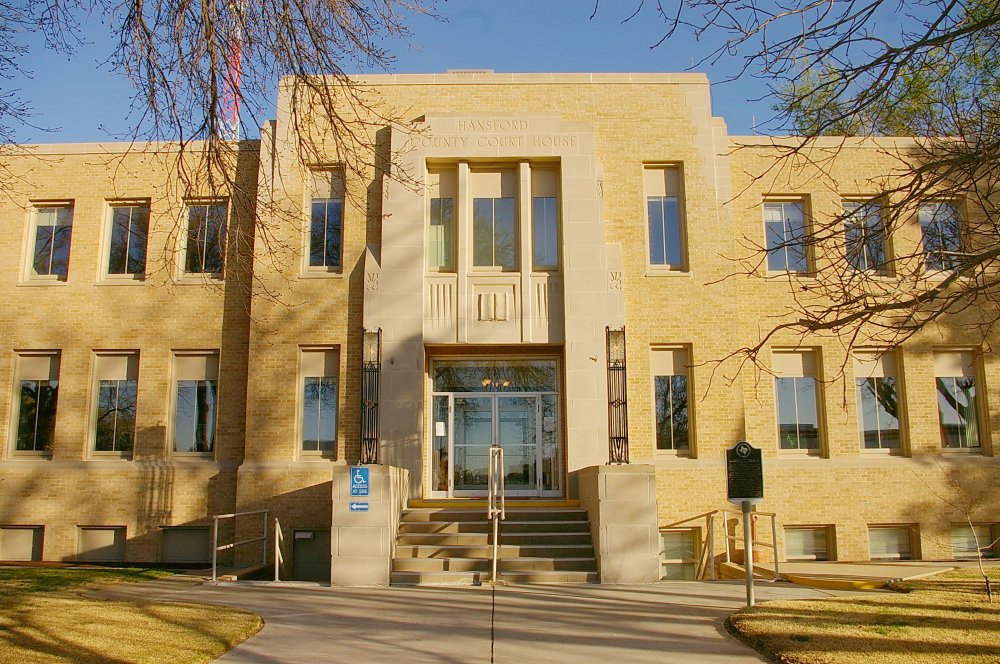 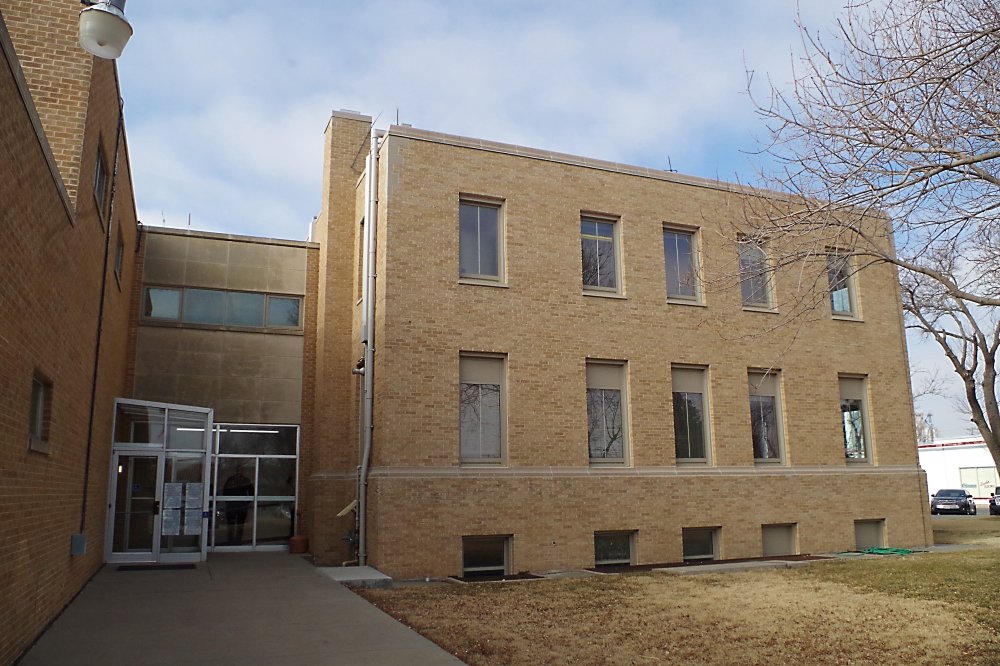 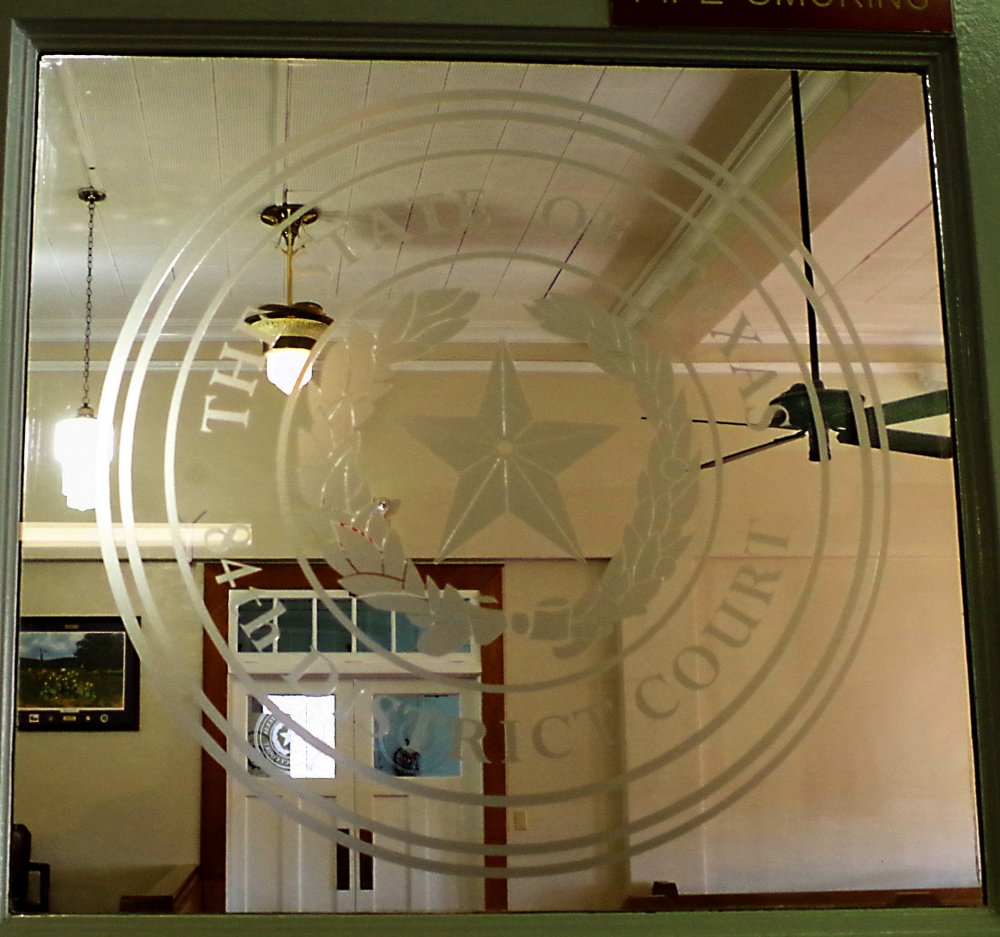 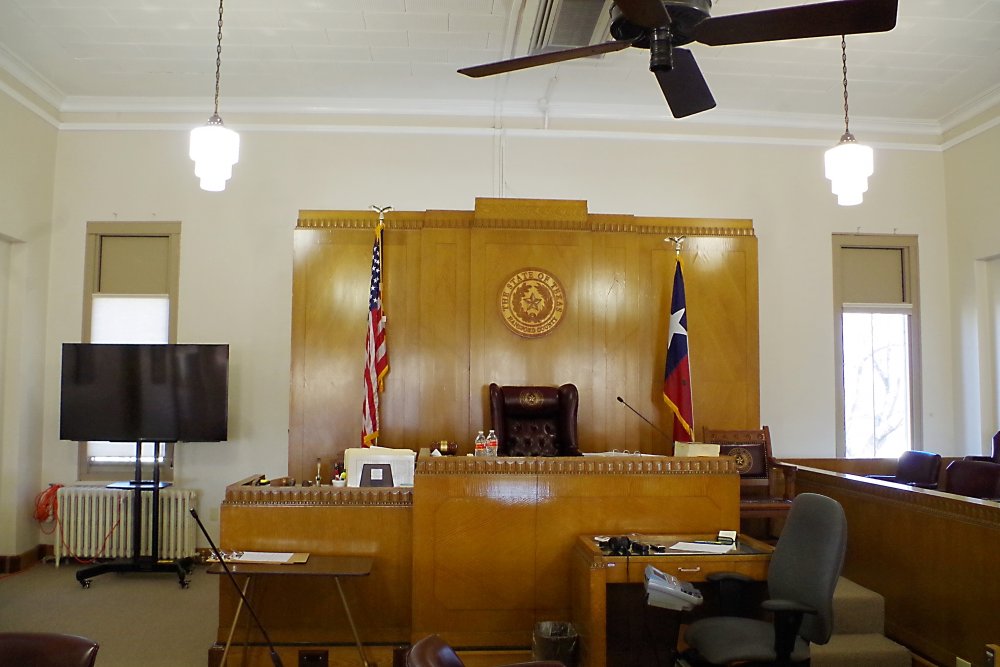 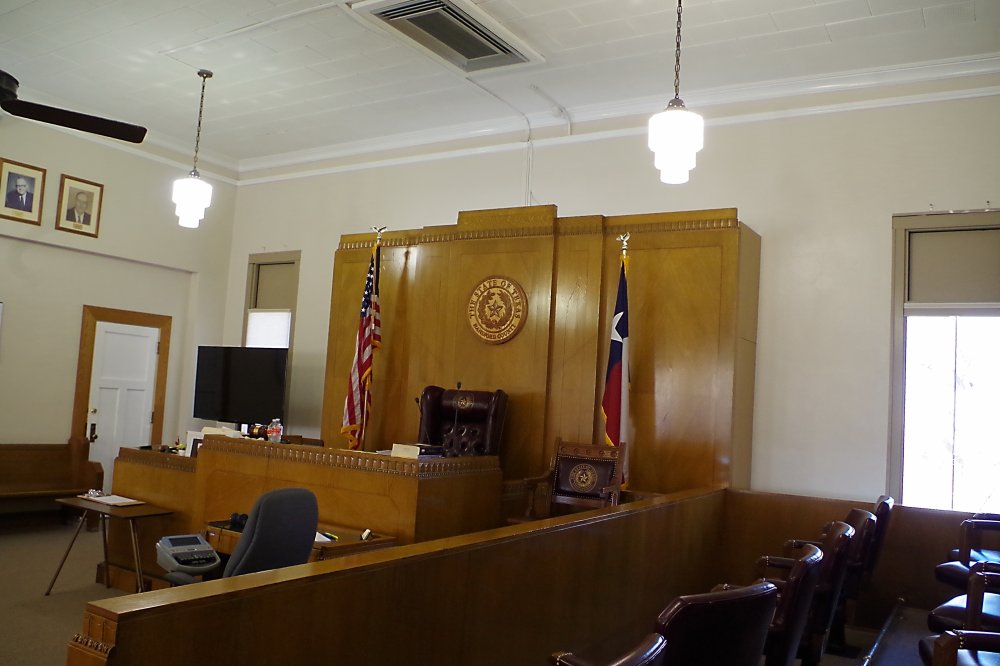