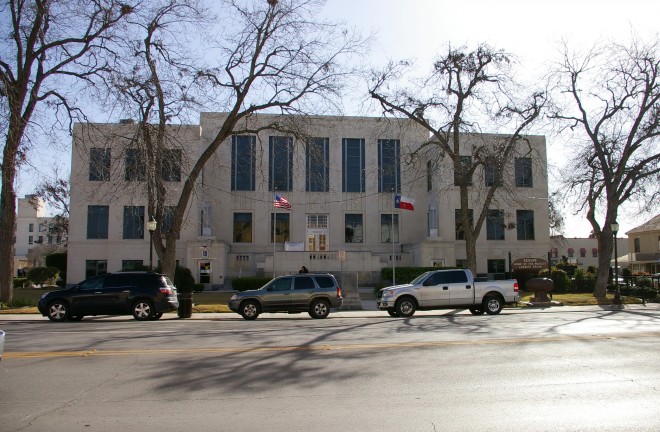 Guadalupe County is named for the Guadalupe River which named for Nuestra Senora de Guadalupe by Alonso de Leon in 1689. 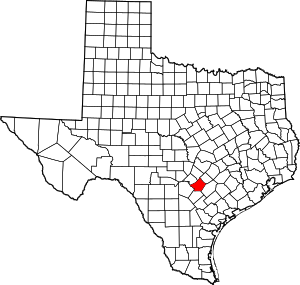 Description:  The building faces north and is a three story white colored limestone and concrete structure. The rectangular shaped building is located on landscaped grounds in the center of Seguin. The north front has a recessed center section with central entrance on the first story. Above are five large vertical windows. The east and west wings are lower. The roof line is flat. In the intrior, the décor is Art Deco. The courtroom is located on the second story.  The building houses the County Justice Court. The building was renovated in 2016. The architect was Thorn and Graves Architects of San Antonio and the contractor was The Koelher Company of Seguin. 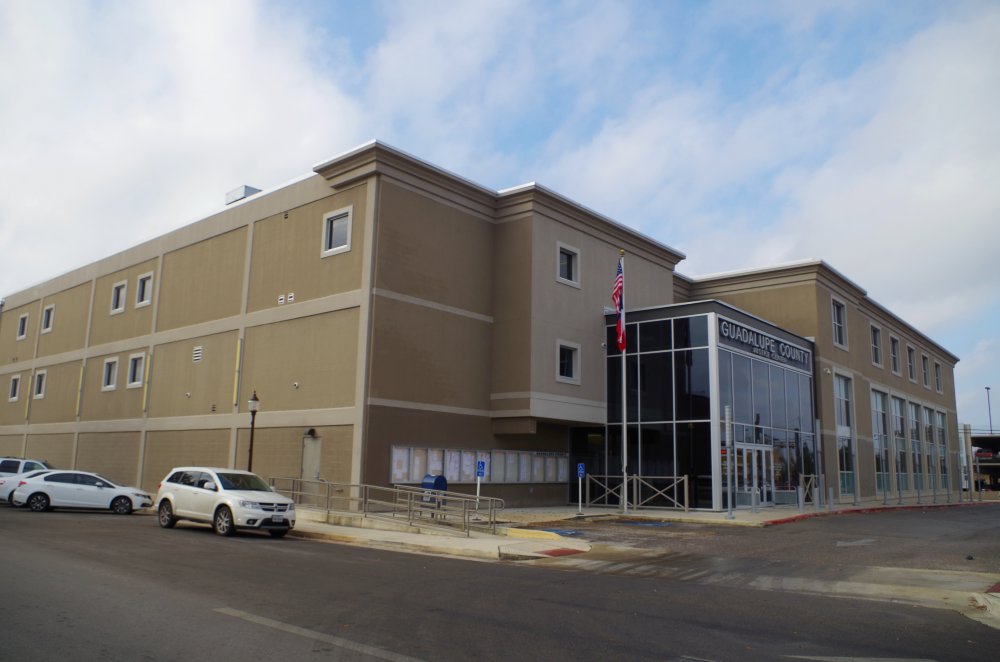 Description:  The building faces north and is a three story concrete and glass structure. The building is located in the center of Seguin to the west of the courthouse and has a central glass entrance section on the north front The windows are square and the roof line is flat. The building is named as the Guadalupe County Justice Center.

Note:  The building was the former Economy Furniture Building constructed in the 1970’s and acquired by the County in 1998. 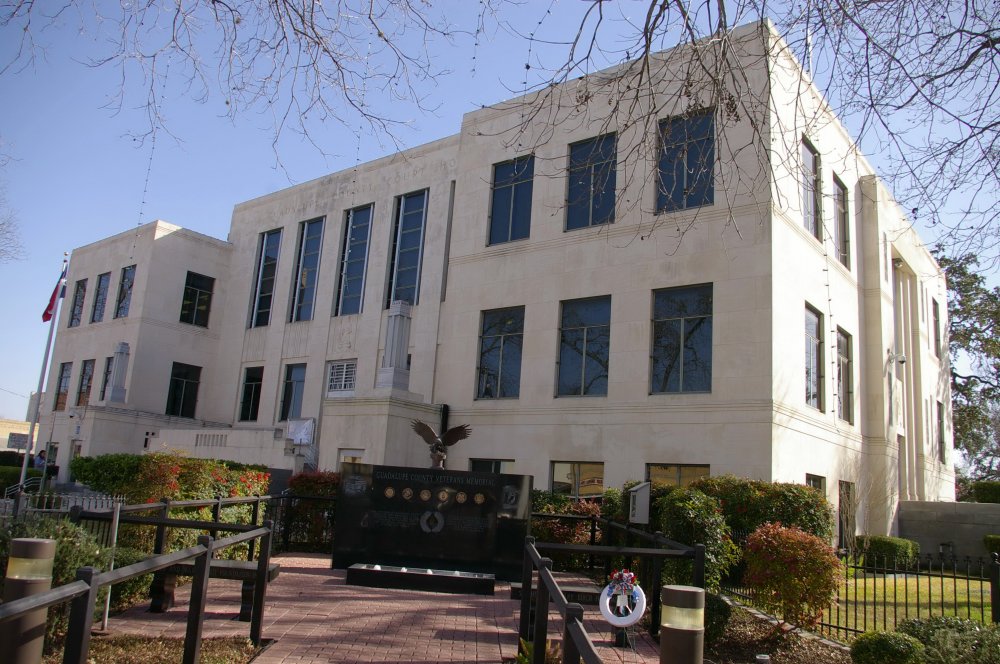 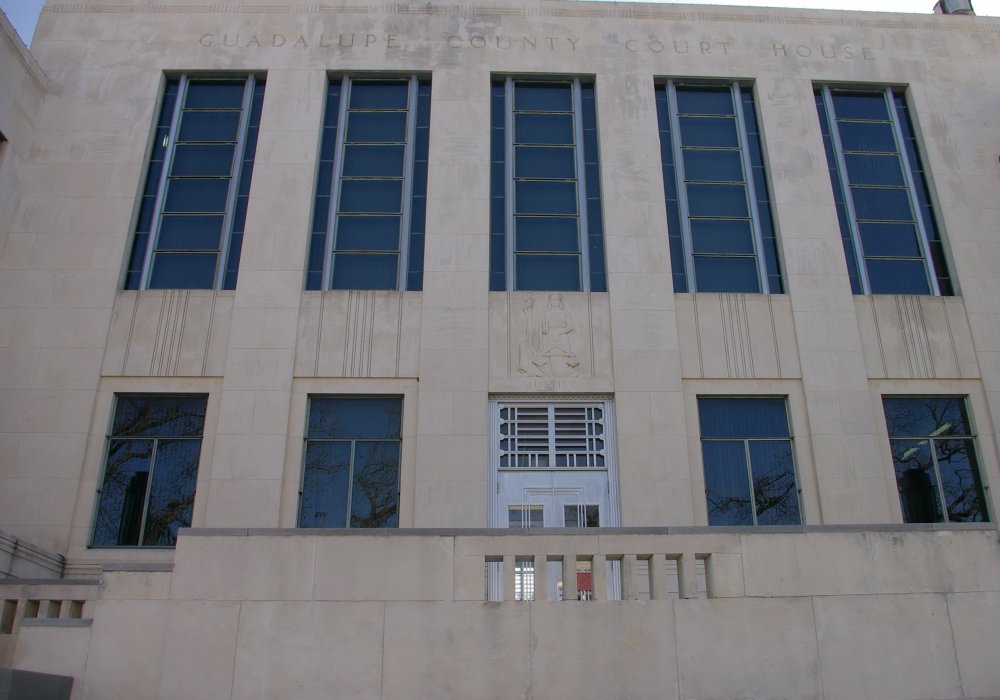 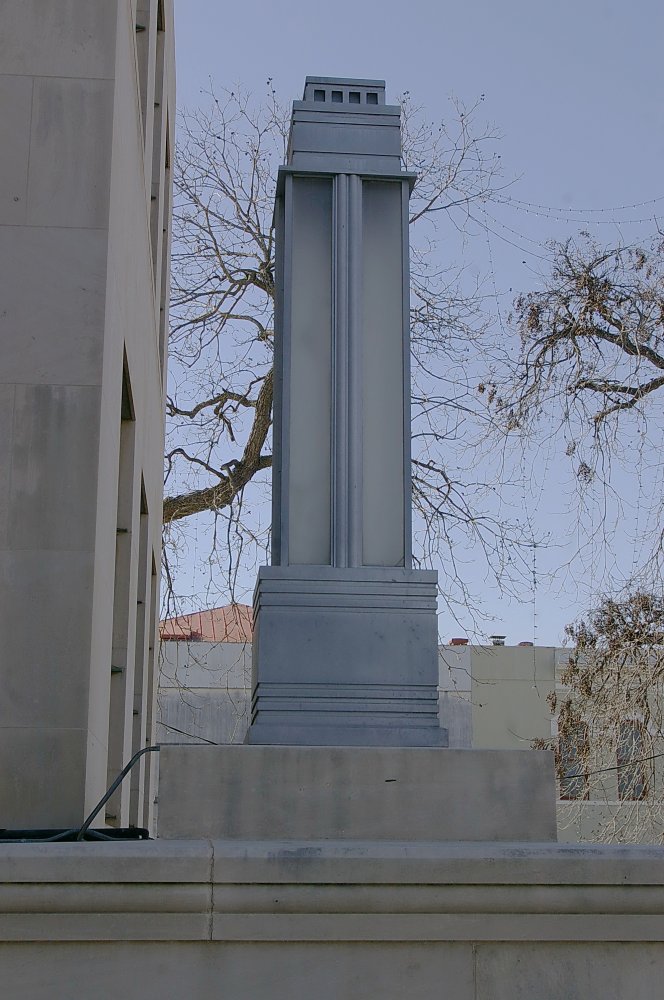 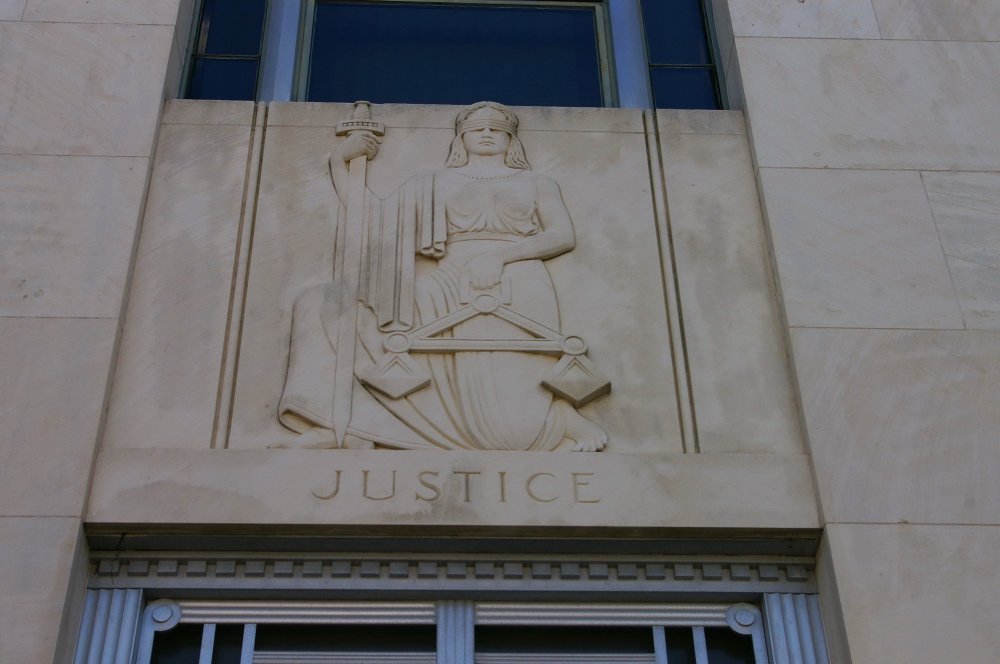 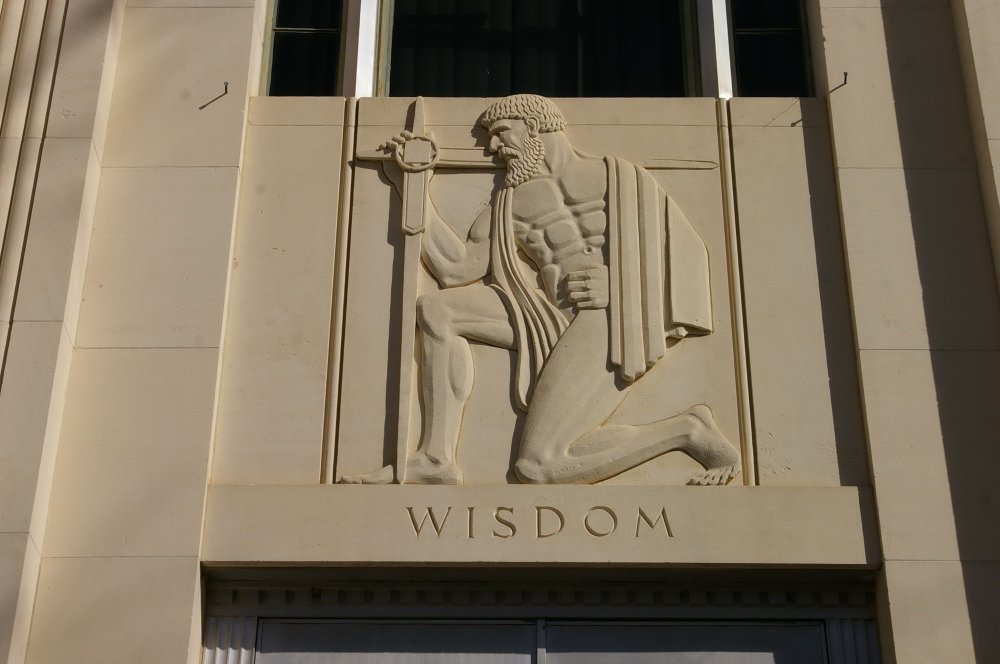 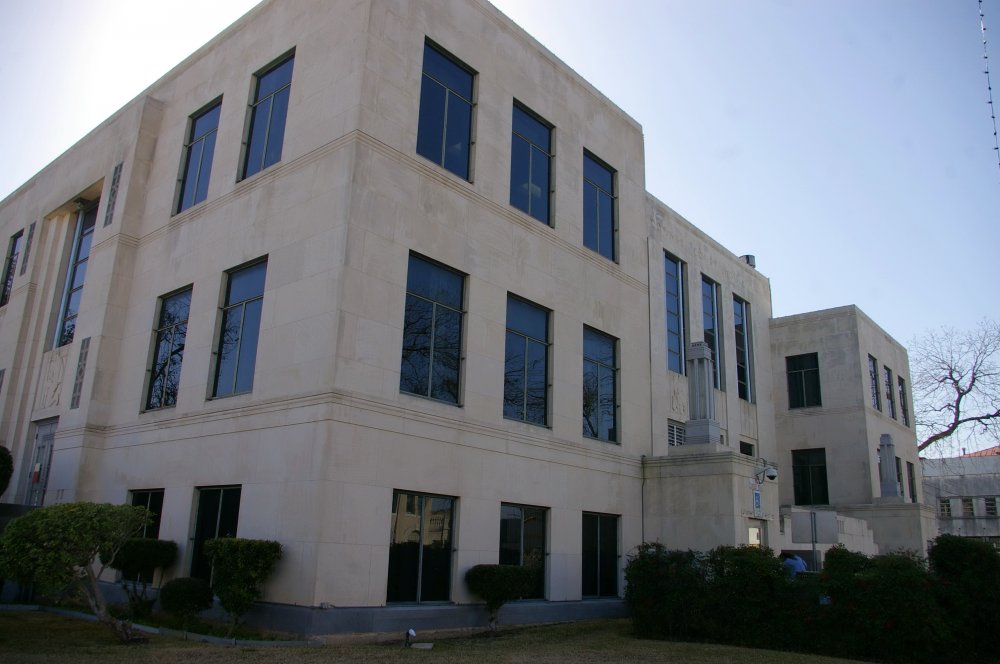 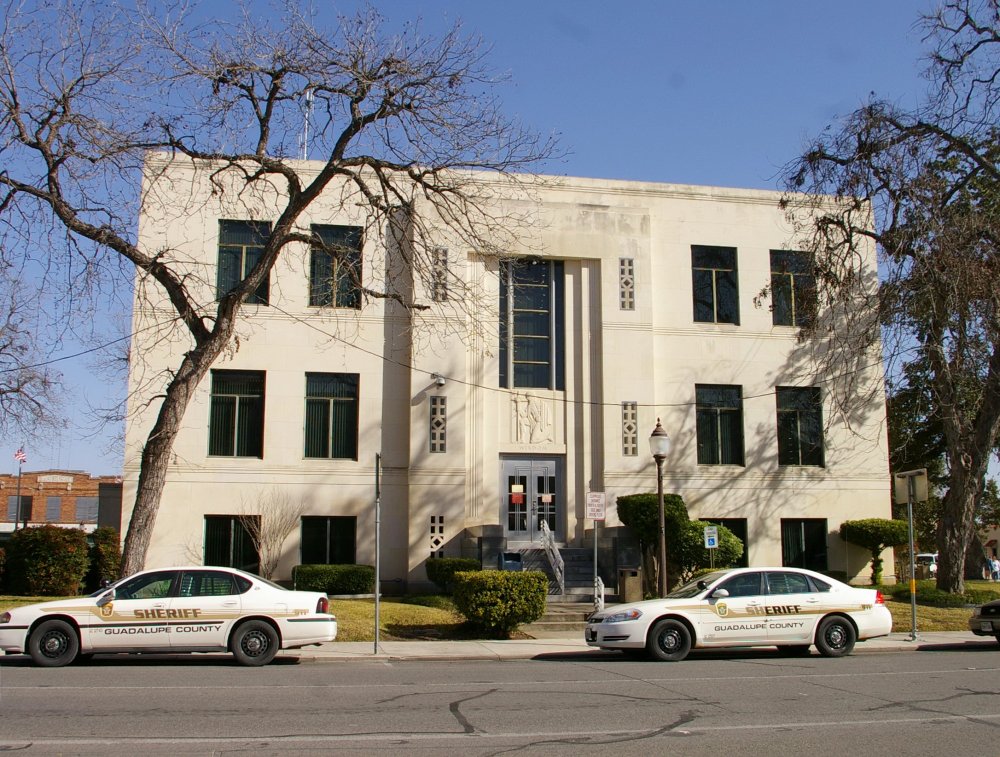 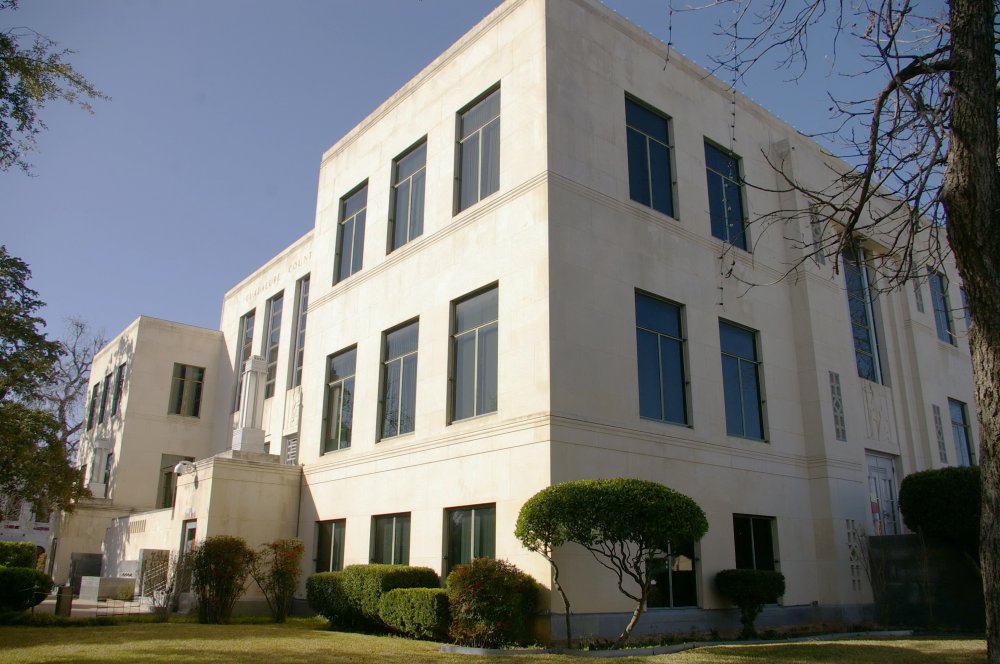 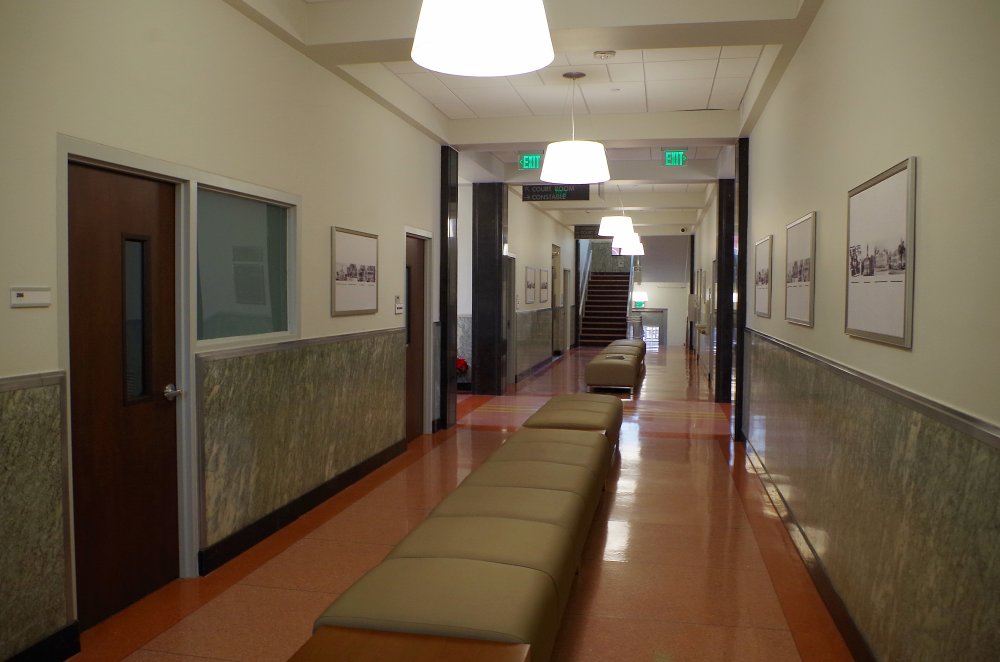 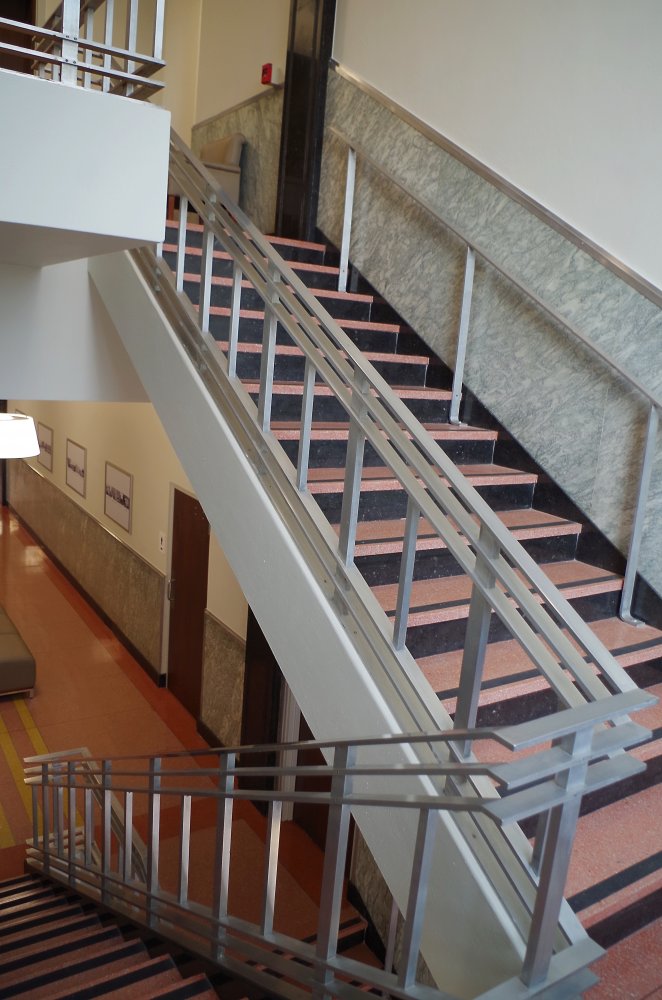