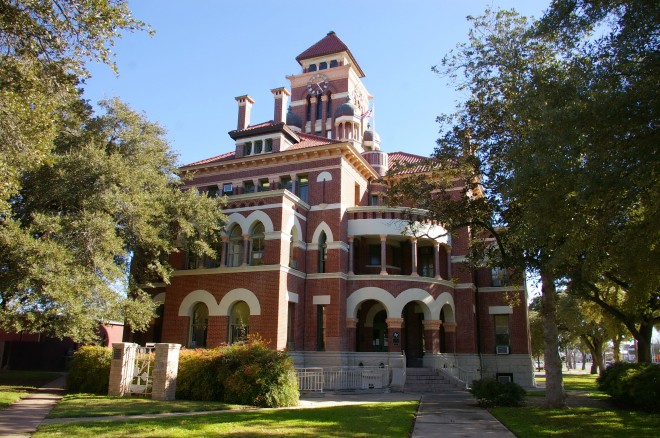 Gonzales County is named for the Spanish town of Gonzales founded during the Spanish occupation of Texas.

Description:  The building faces southwest and is a three story dark red colored brick structure. The building is located on landscaped grounds in the center of Gonzales. The southwest front has a two story projecting section with arched windows having stone trim at the top. On either side of the center section are semi-circular two story sections with three arches at the first story porch and thin columns at the second story balcony. The building is tiered, rising to a hipped roof with large square clock tower with smaller section and steep roof at the top. The foundation of the basement is rough cut stone. In the interior, wooden stairs ascend the central atrium. The courtroom is located on the second story and has a balcony and wood furnishings. The building houses the State District Court and Constitutional County Court. On the north side of the building is the old three story cut stone County Jail. 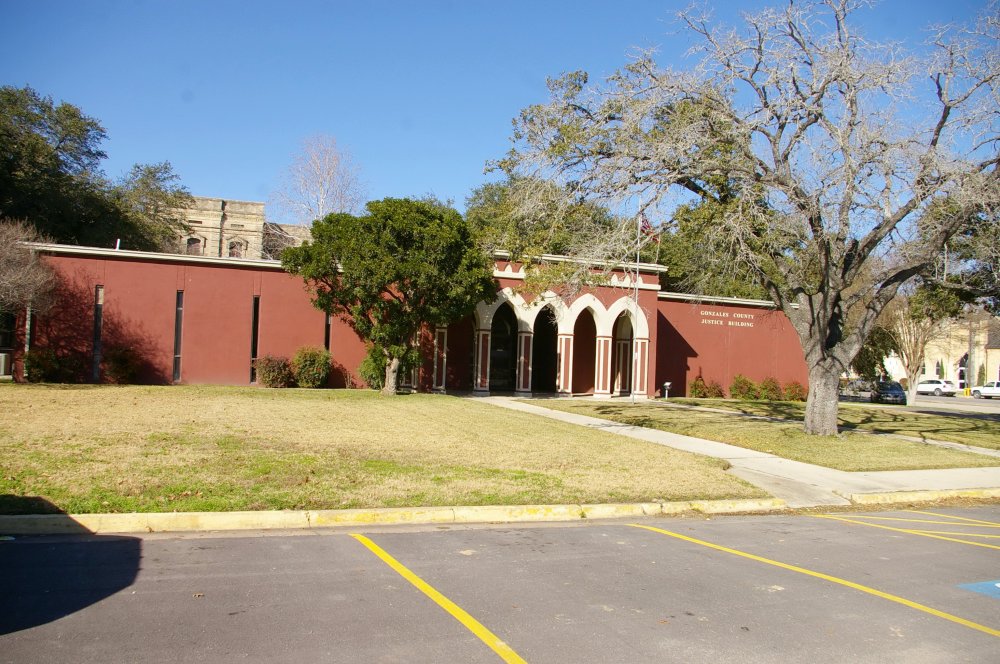 Description:  The building is a one story dark red colored brick Mediterranean style structure. The building is located on landscaped grounds in the center of the Gonzales beside the courthouse. The building faces southeast and was completed in 1975. The center section has five high arches and a recessed porch. The roof line is flat.

History:  The county was created in 1836 and Gonzales was selected as the county seat. The first courthouse was a Greek Revival structure designed by Charles Payne and constructed by Nat Benton and D C Bledsoe in 1857. The building burned on December 3, 1893 and was replaced by the second and present courthouse at a cost of $64,450. The County Justice Center was constructed in 1974 to 1975. 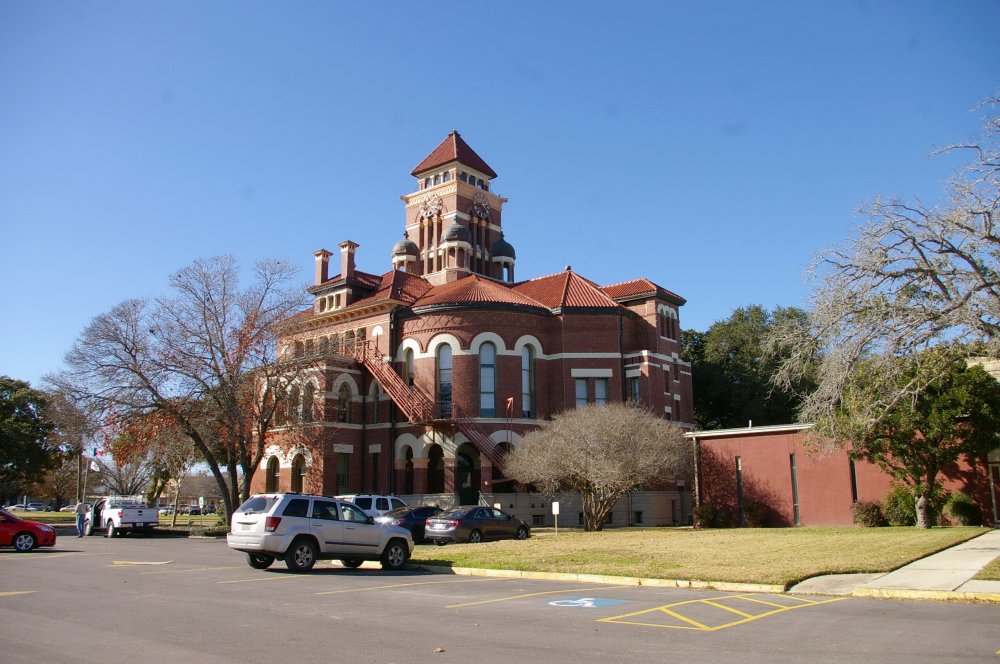 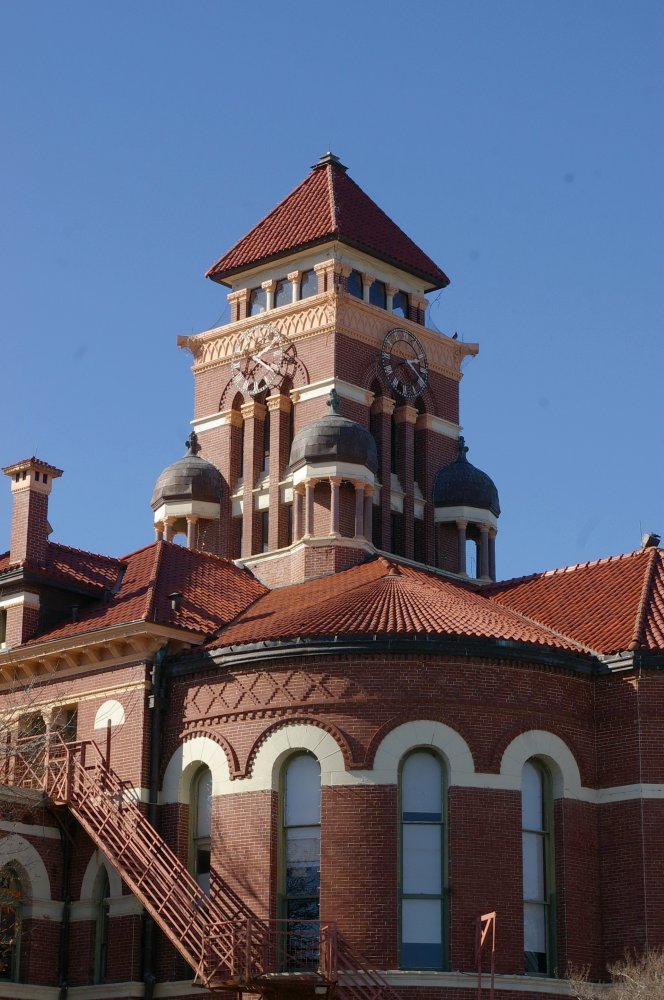 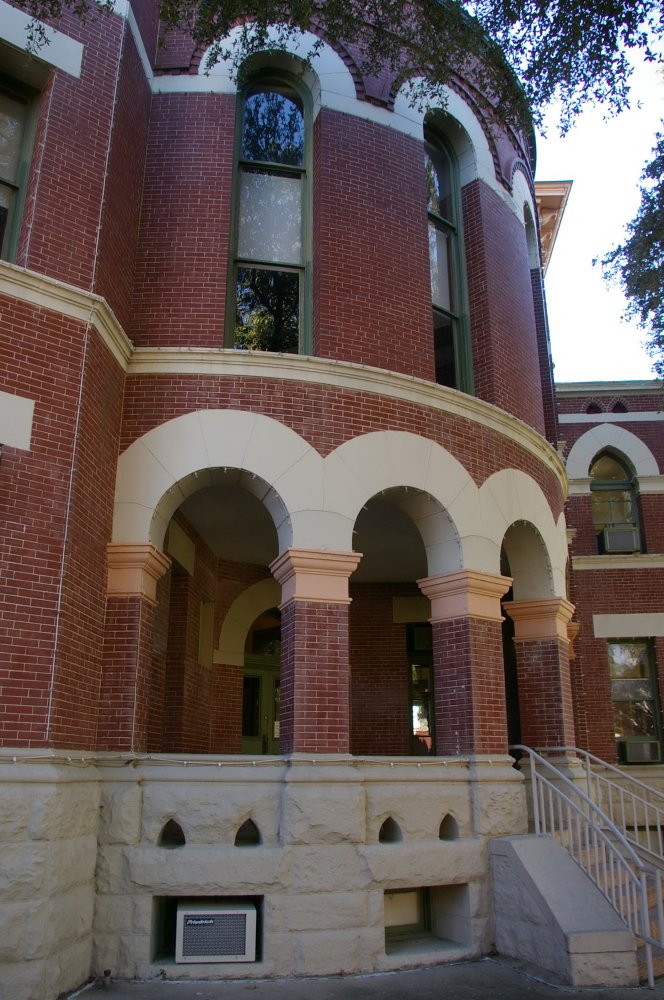 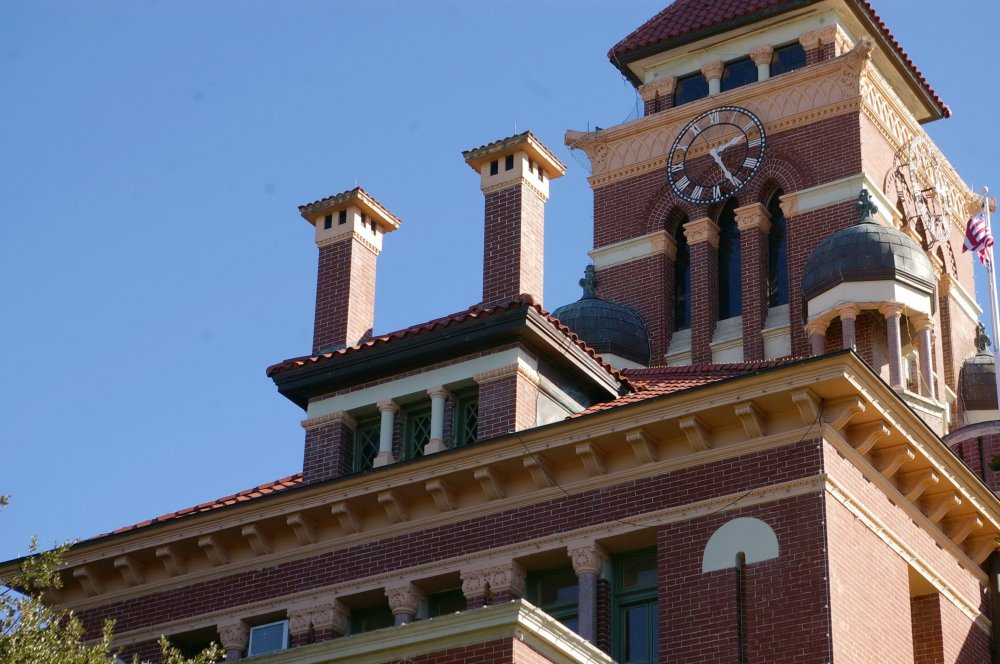 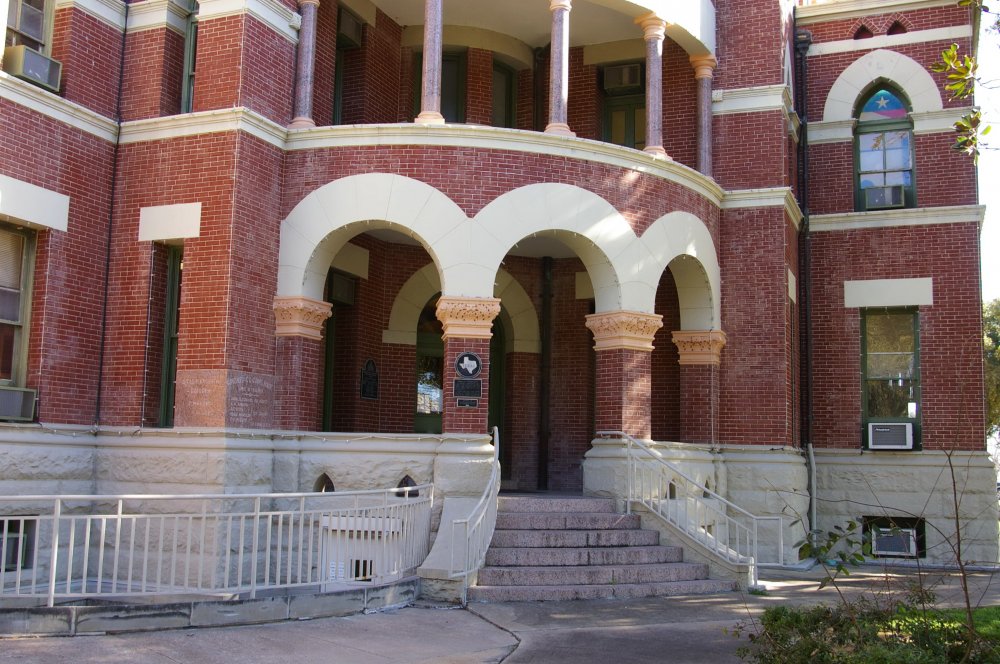 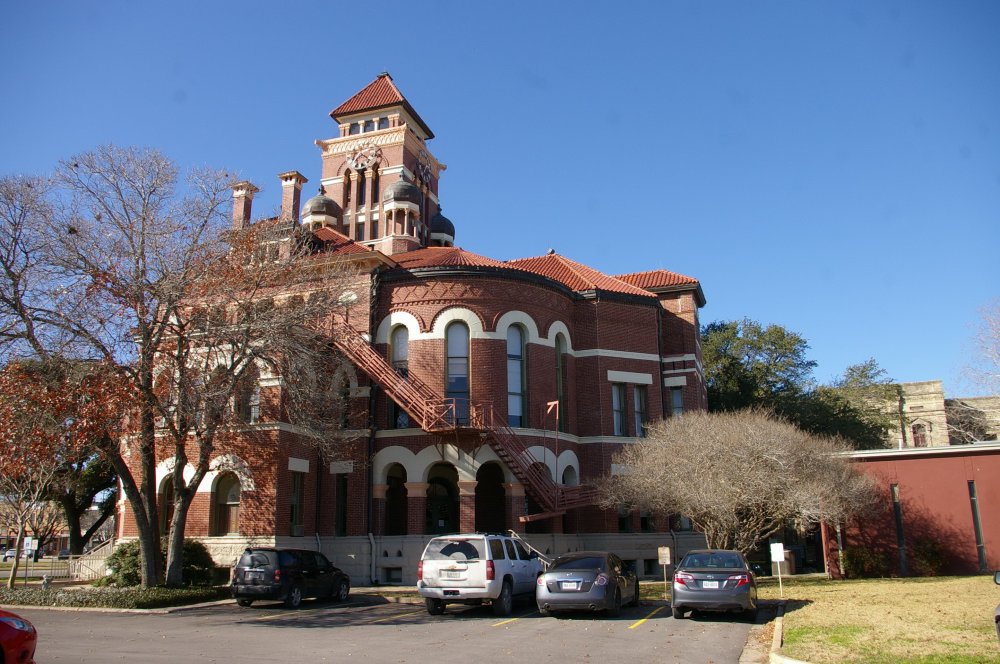 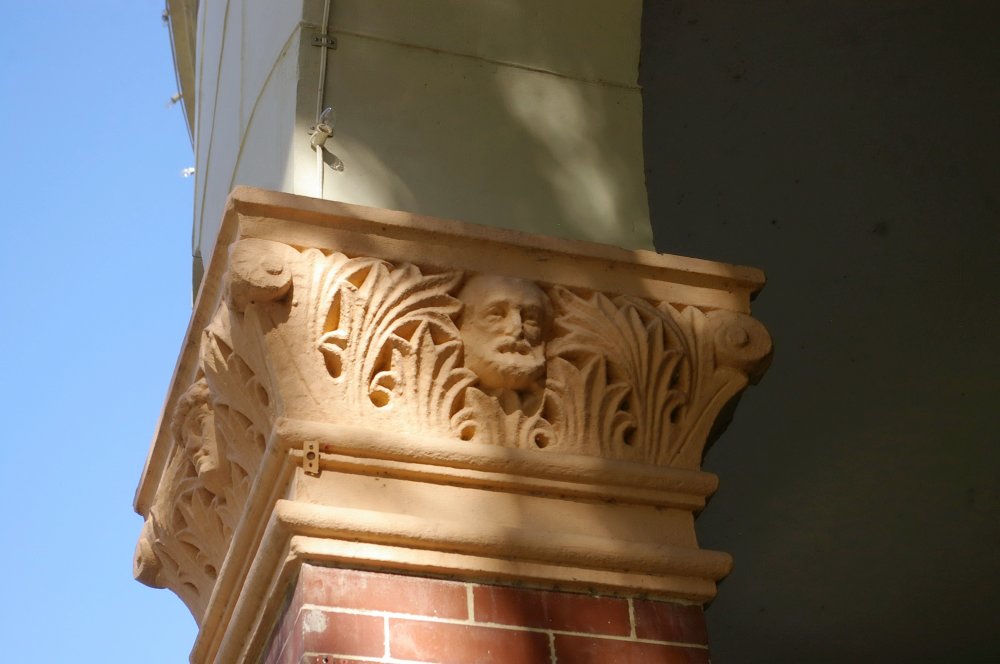 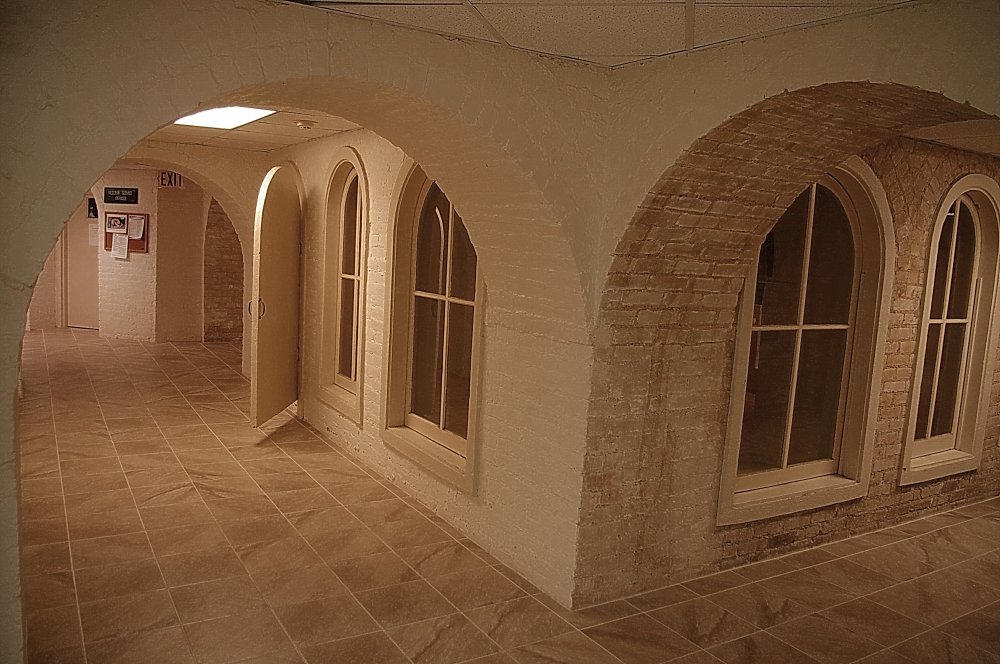 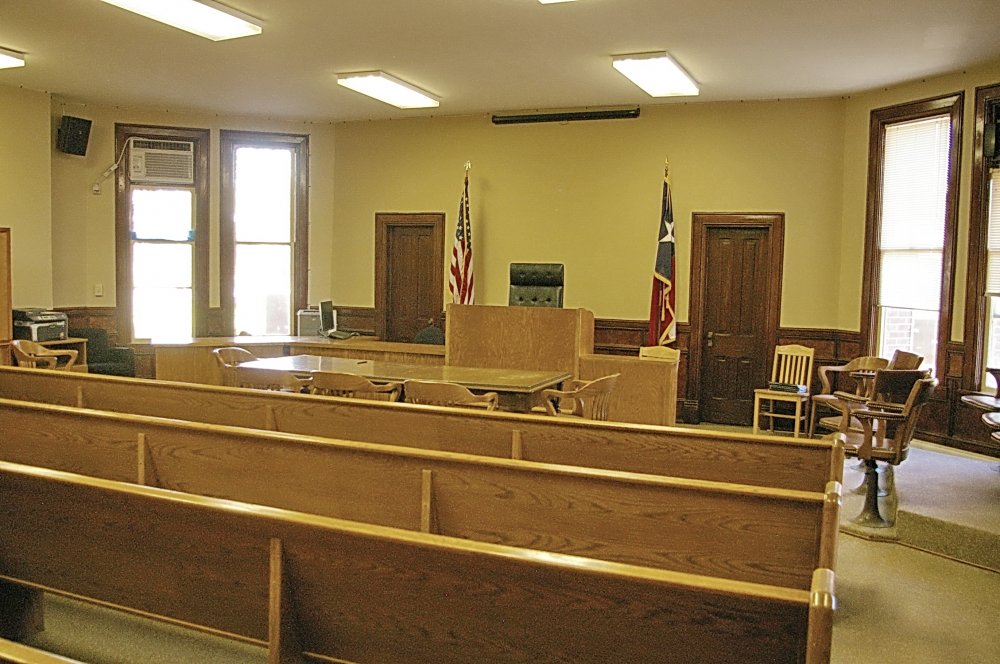 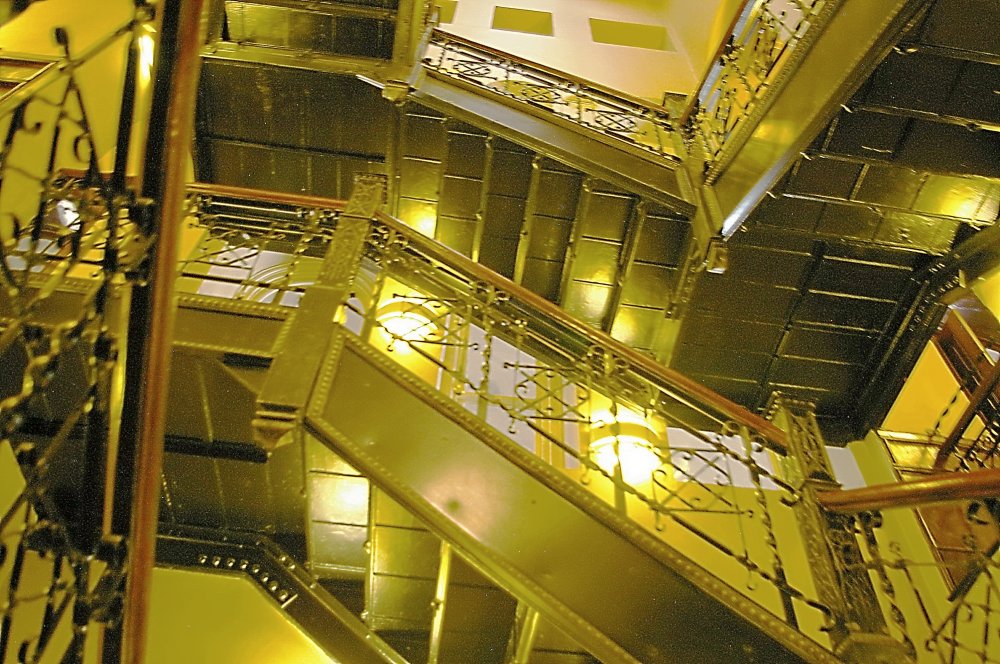