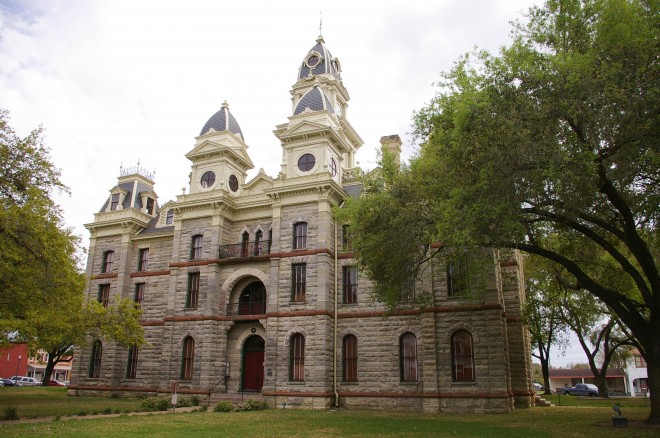 Goliad County is named for the Mexican Municipality of Goliad, which was named for Father Miguel Hidalgo and is an anagram of Hidalgo, minus the silent ”h”. 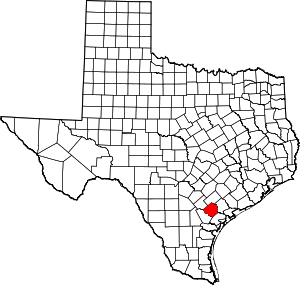 Description:  The building faces north and is a three story limestone and brick structure. The building is located on the landscaped grounds of the Courthouse Square in the center of the city. The building is built of brown-gray colored blue Muldoon sandstone with a rusticated finish for the walls. Bell courses are of dark red colored Pecos sandstone. The north front has square stone towers topped by square cupolas on either side of the arched entrance on the first story. Above the entrance is an arched window and on the third story are three narrow windows with an iron balcony. On each corner of the building are large square towers with mansard roofs. On the building center is a high square clock tower with steep roof, which tower was restored in 2003 after being removed in 1942. In the interior, the floors are tinted cement tile. The large courtroom on the second story has a pressed mental ceiling, balcony and furnishings. The building houses the State District Court and Constitutional County Court. The building was restored in 2003. The architect was TWC Architects. 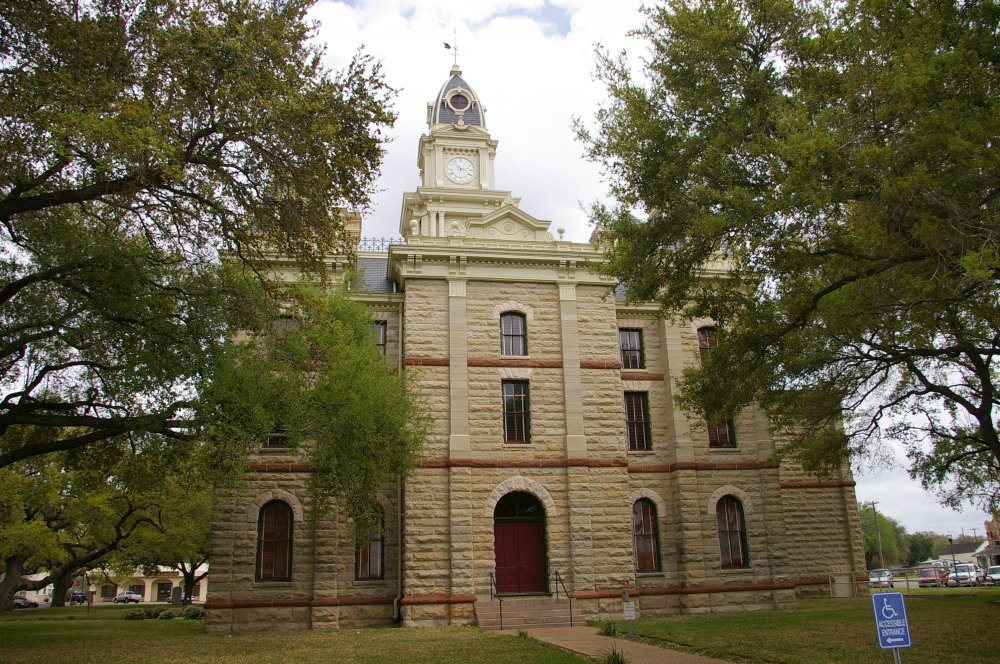 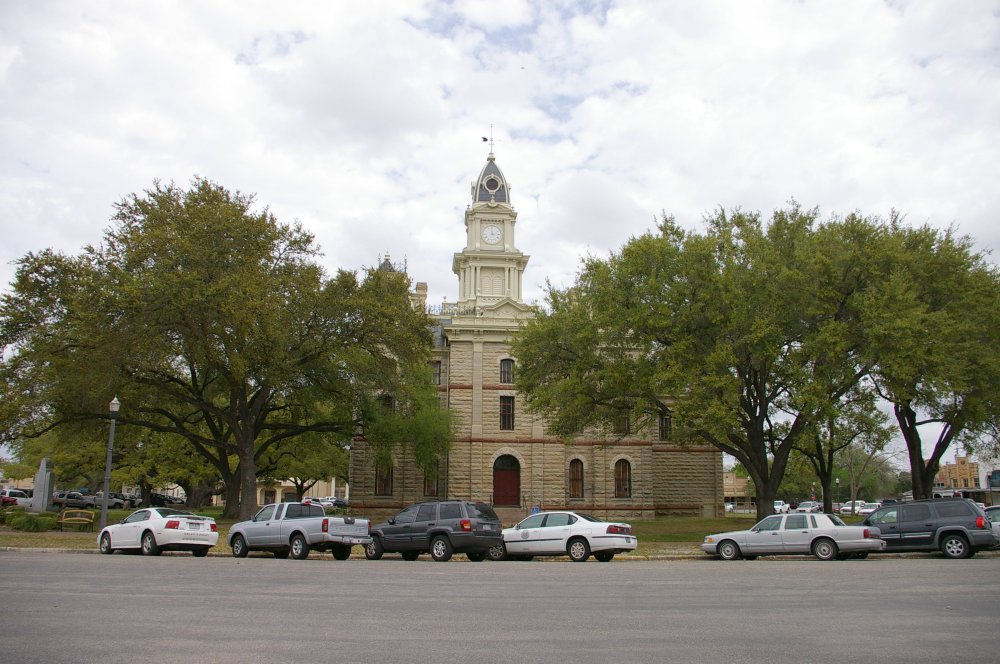 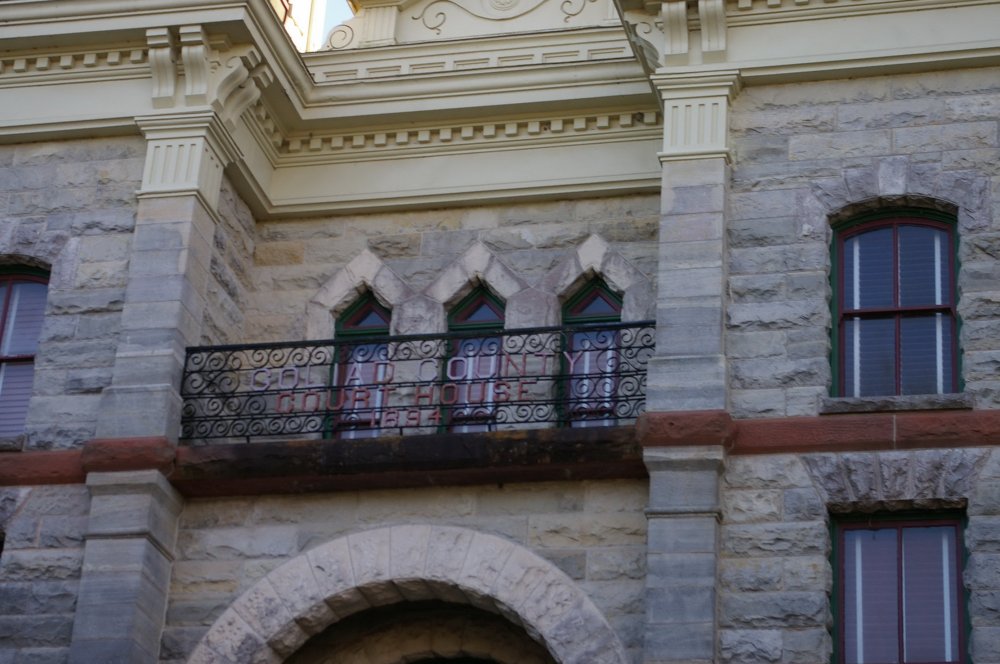 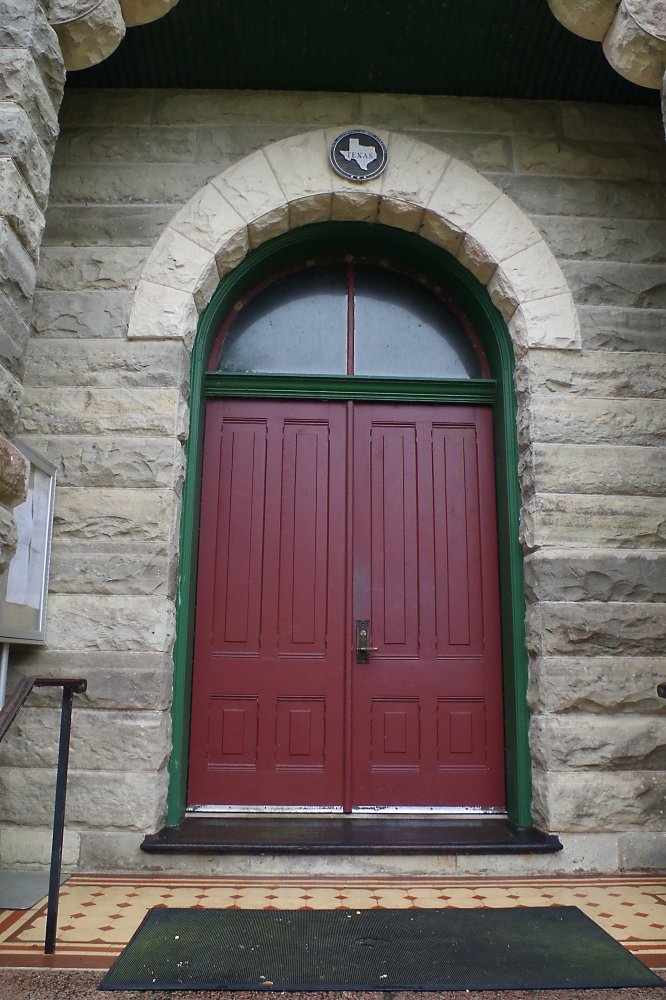 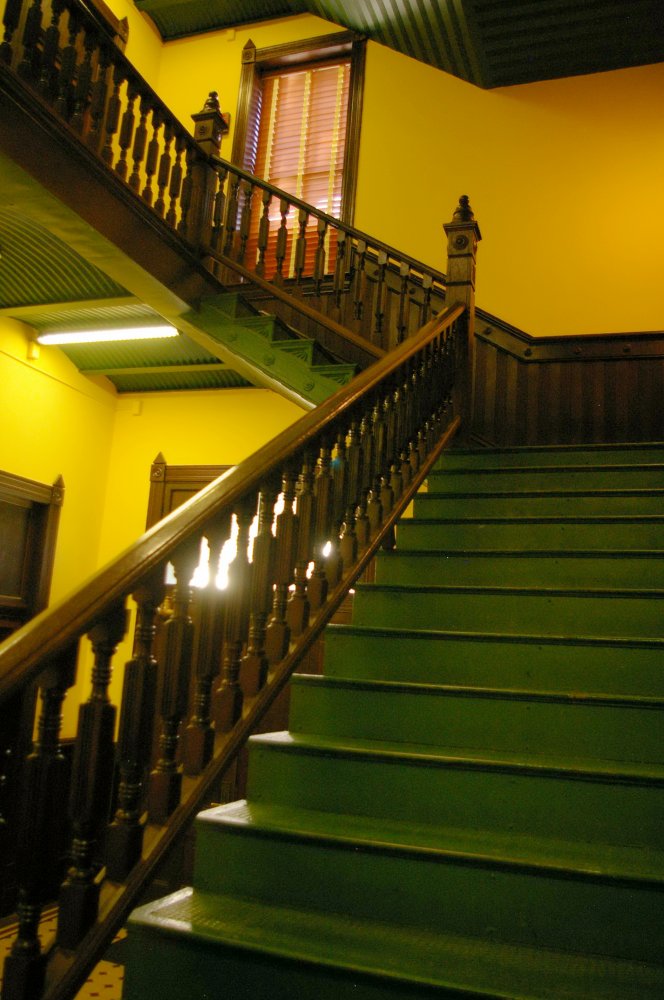 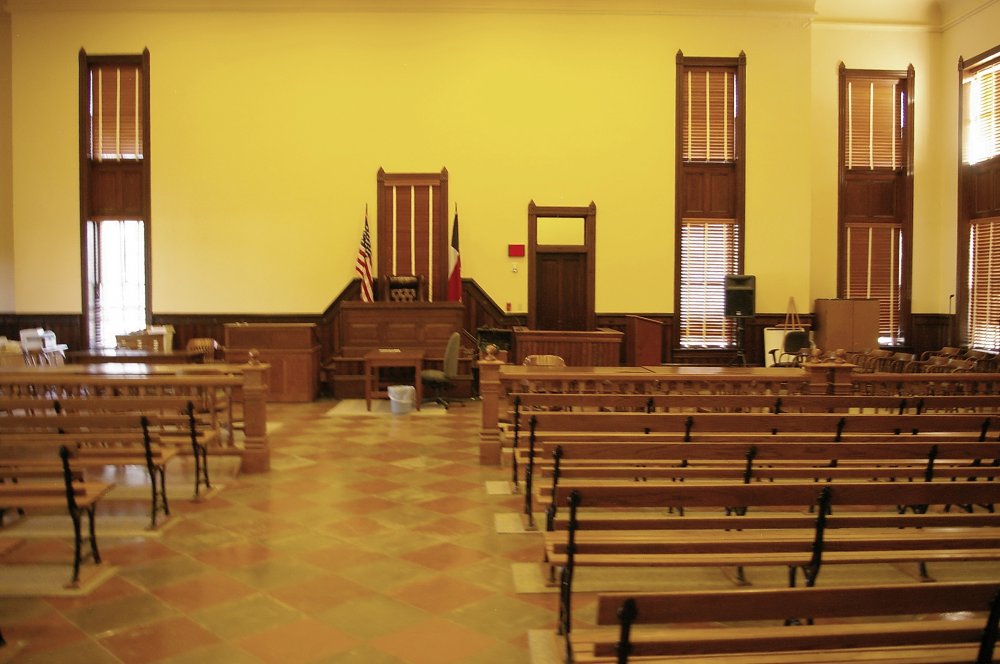 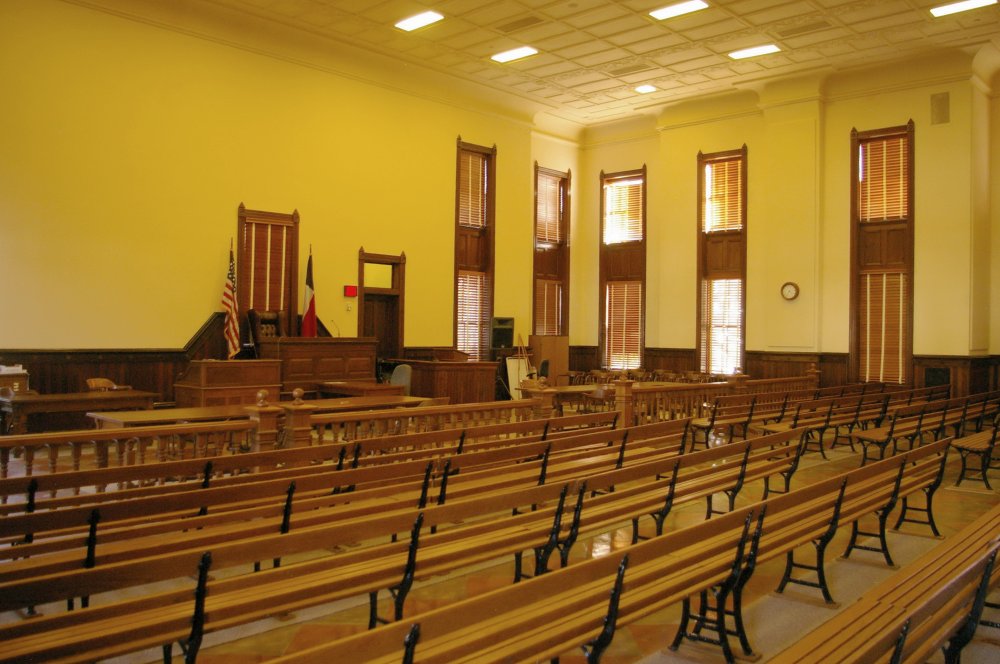 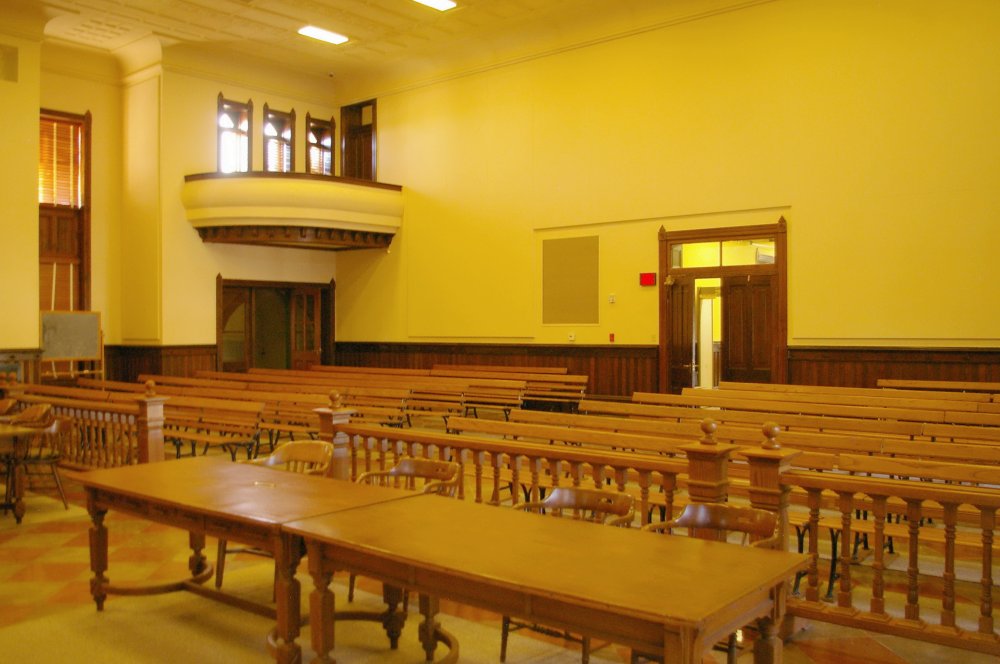 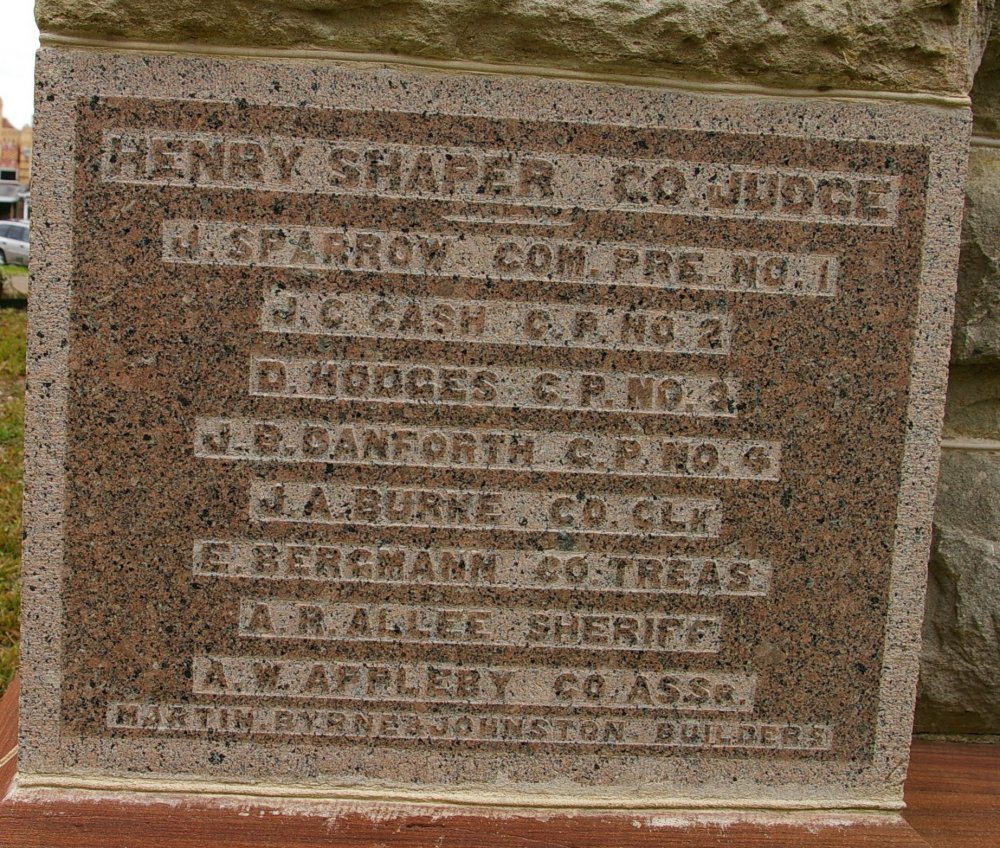 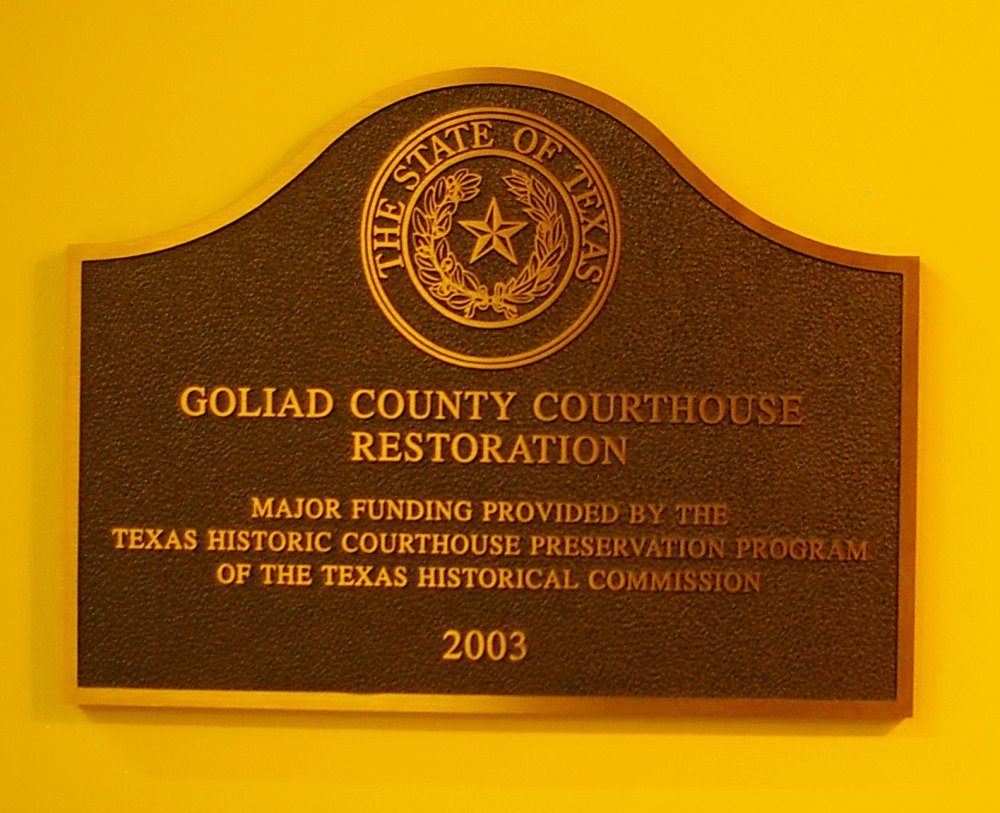