Glasscock County is named for George Washington Glasscock, who was an early settler in the Austin area. 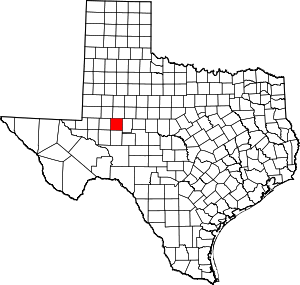 Description:  The building faces west and is two story buff colored limestone, granite  and concrete structure. The building is located on spacious landscaped grounds in the center of Garden City. The building has a raised basement. The west front has a large portico with four Doric columns rising to a wide pediment at the roof line. On the pediment is ornamentation. The building has porticoes on all sides, each of which is supported by fourDoric columns. The roof is hipped. In the interior, the first story is a cruciform plan with an entrance on each of the four sides. Three of the original fireplaces remain visible. The courtroom is located in the center of the second story and has a balcony and the original wooden stairs. The building houses the State District Court, Constitutional County Court and County Justice Court.  To the northwest is the old two story stone jail which was used as the courthouse before the present building was constructed. Description:  The building faces south and is a two story buff colored limestone  structure. The building is located on spacious landscaped grounds in the center of the to the northwest of the courthouse. The south side of the square shaped building has a central entrance on the first story. The windows are arched and the roof line is flat. The building was used as a courthouse until the present courthouse was constructed. 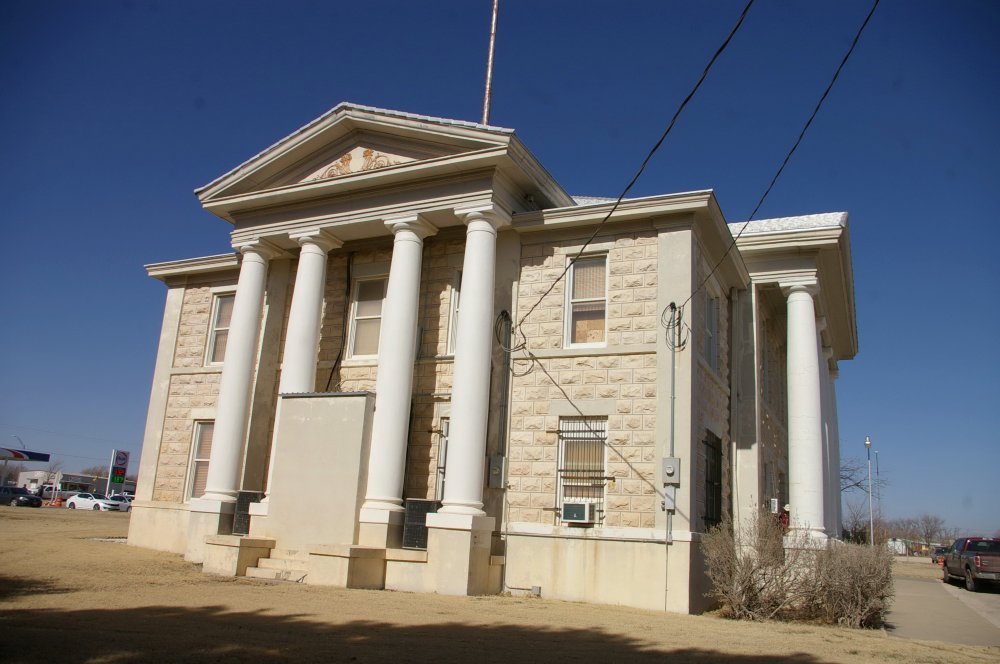 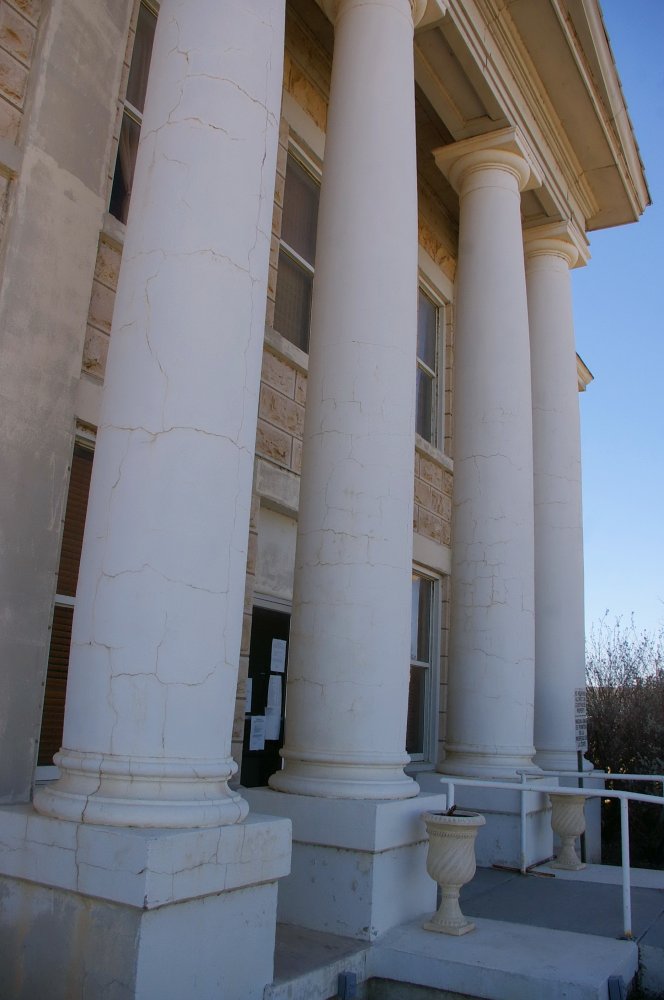 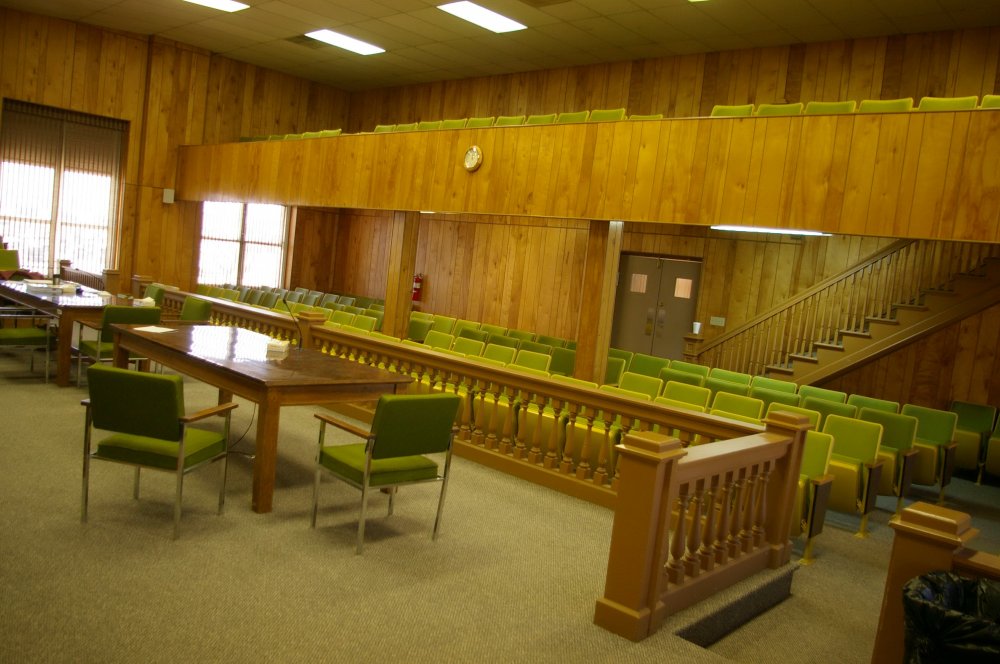