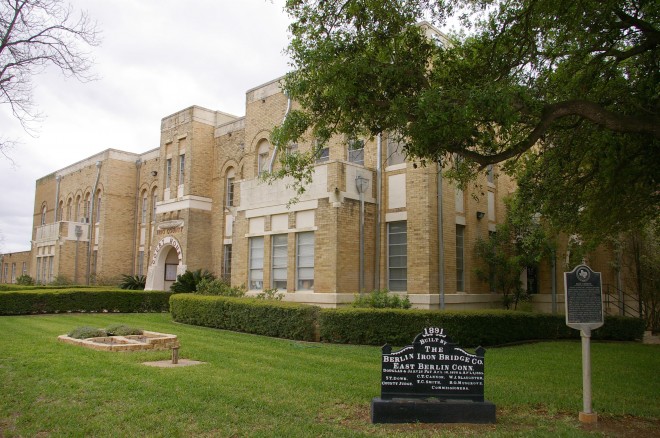 Frio County is named for the Rio River which is named after the Spanish word “frio” meaning “cold”. 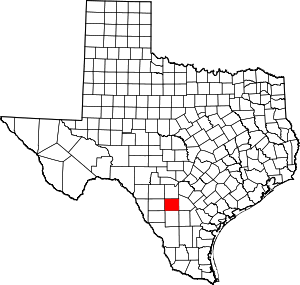 Description:  The building faces south and is a two story buff colored brick and concrete  structure. The building is located on landscaped grounds in the center of Pearsall. The south front has a projecting center section with arched entrance and recessed doorway on the first story. On the east and west are one story projecting sections with higher sections behind. White colored trim is above and below the windows. The roof line is flat. In the interior, the Commissioners Court is located on the southwest side of the first story. The courtroom is located on the west side of the second story. The building houses the State District Court, Constitutional County Court and County Justice Court. The building was altered in 1937 and 1950. On the southeast side is the Old County Jail (1884). 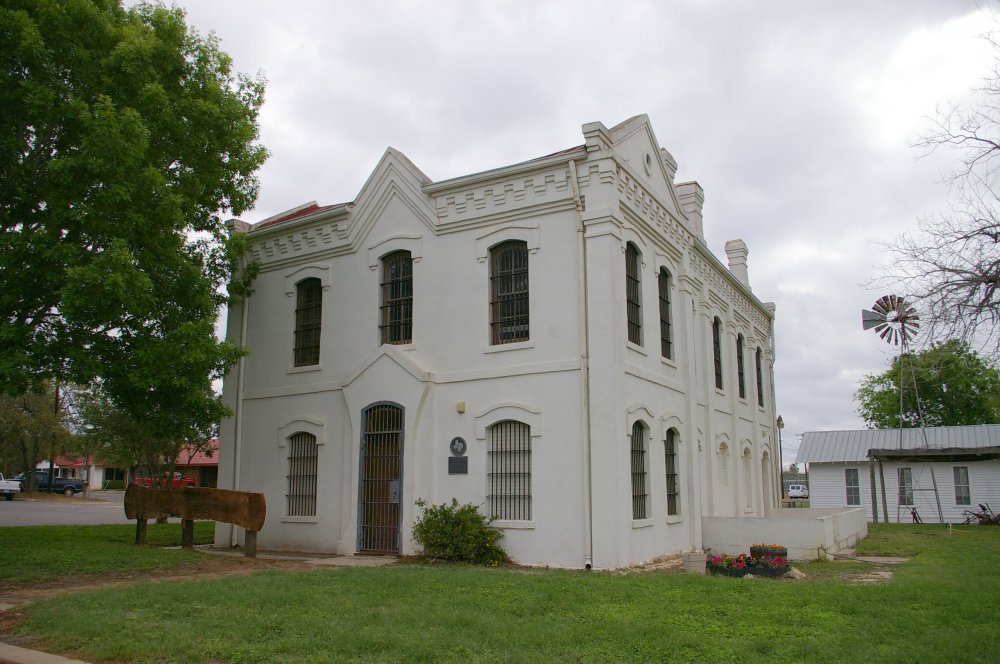 History:  The county was created in 1858 and Frio Town was selected as the county seat in 1871 when the county was organized. The first and second courthouse were built in Frio Town in 1871 and 1872 and the latter burned in 1877. The third courthouse in Frio Town was a stone structure built by W J Slaughter in 1878 and the ruins are still standing 16 miles northwest of Pearsall on highway 140. The county seat was moved to Pearsall in 1883. The fourth courthouse was a temporary structure built in 1883. The County Jail was built in 1884 at a cost of $11,000 and is still standing. The fifth courthouse was constructed in Pearsall in 1903 to 1904. 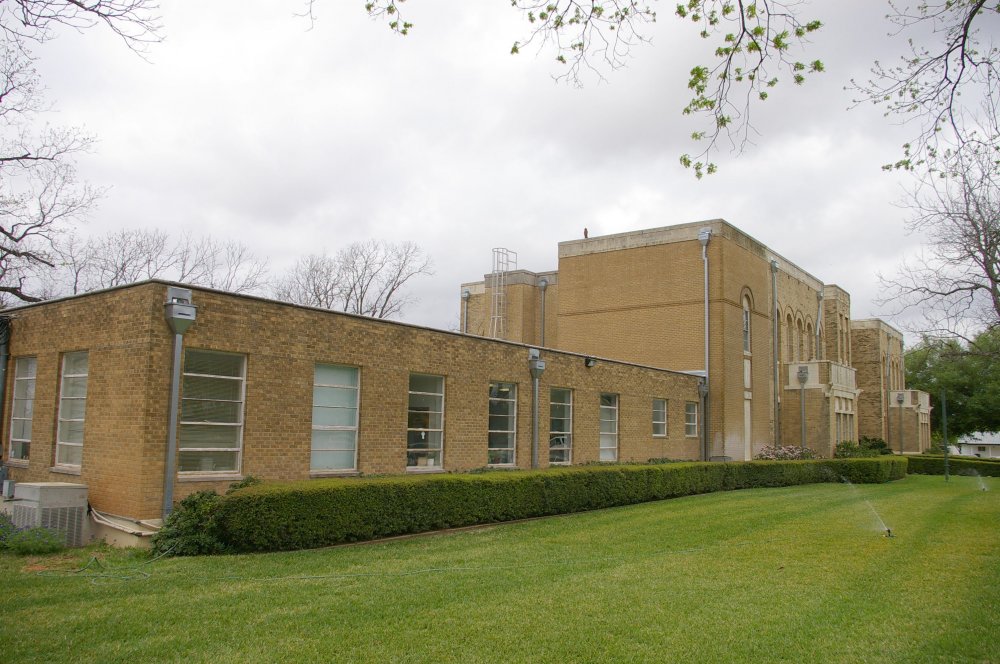 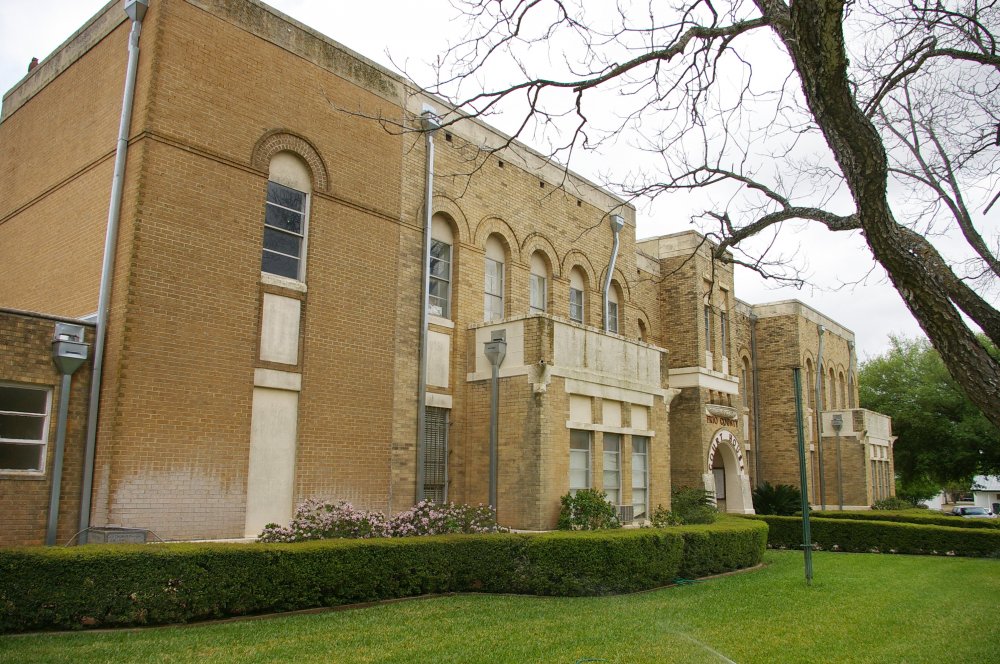 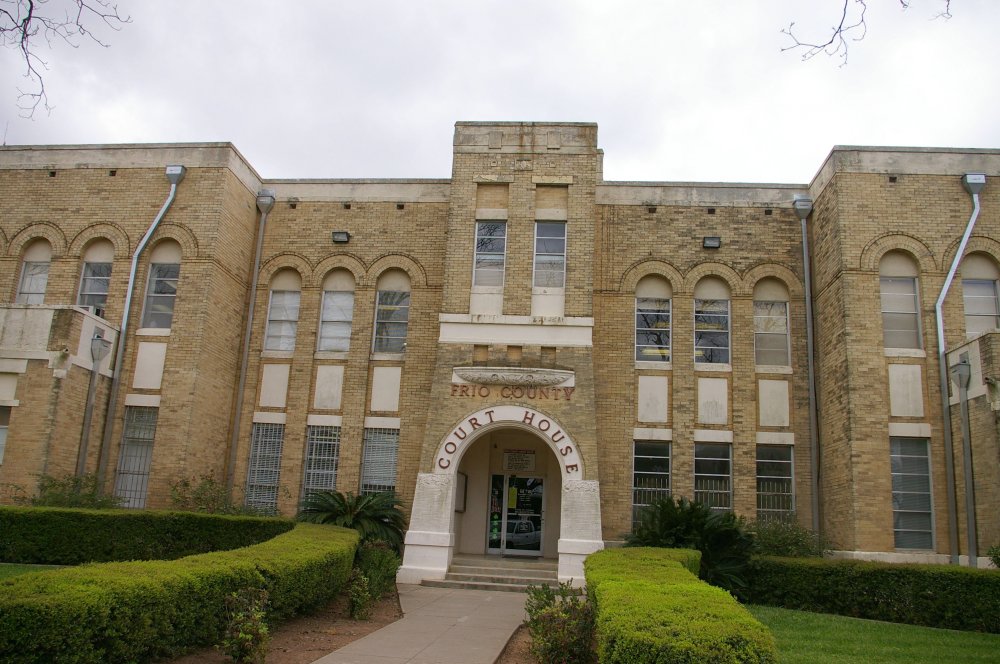 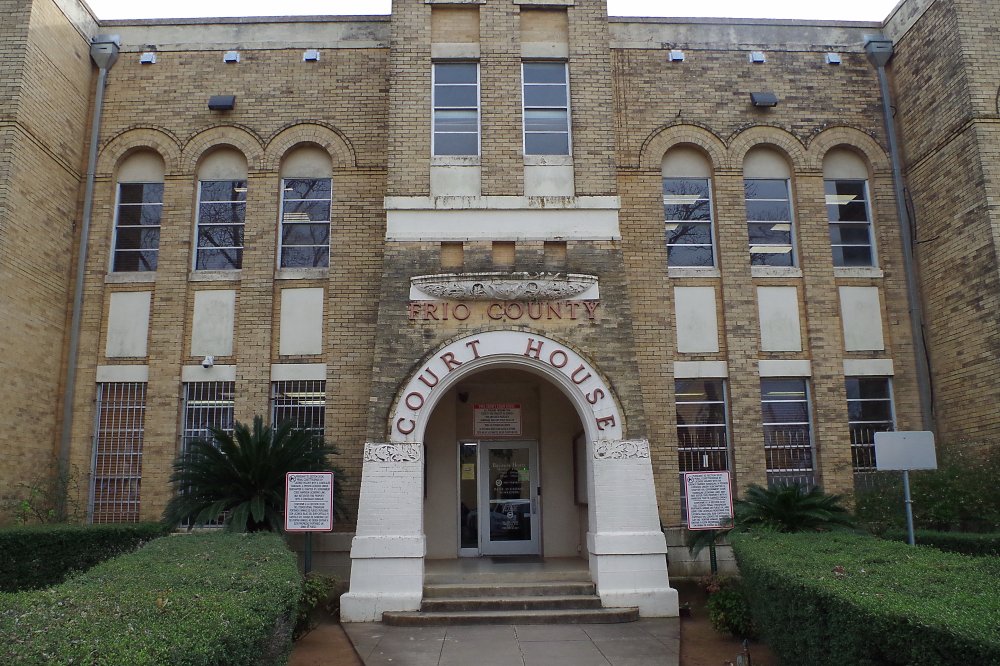 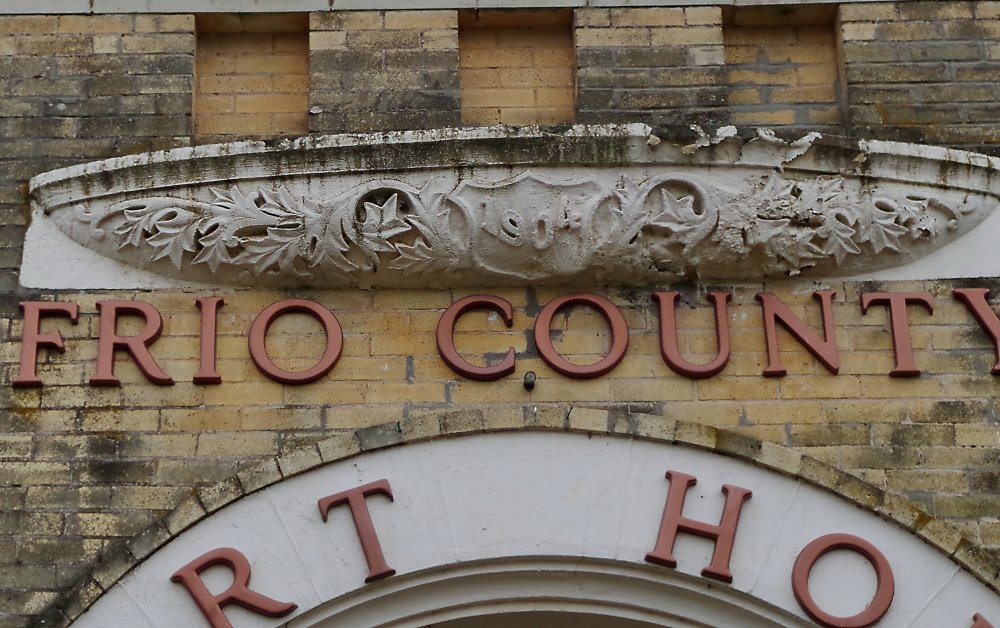 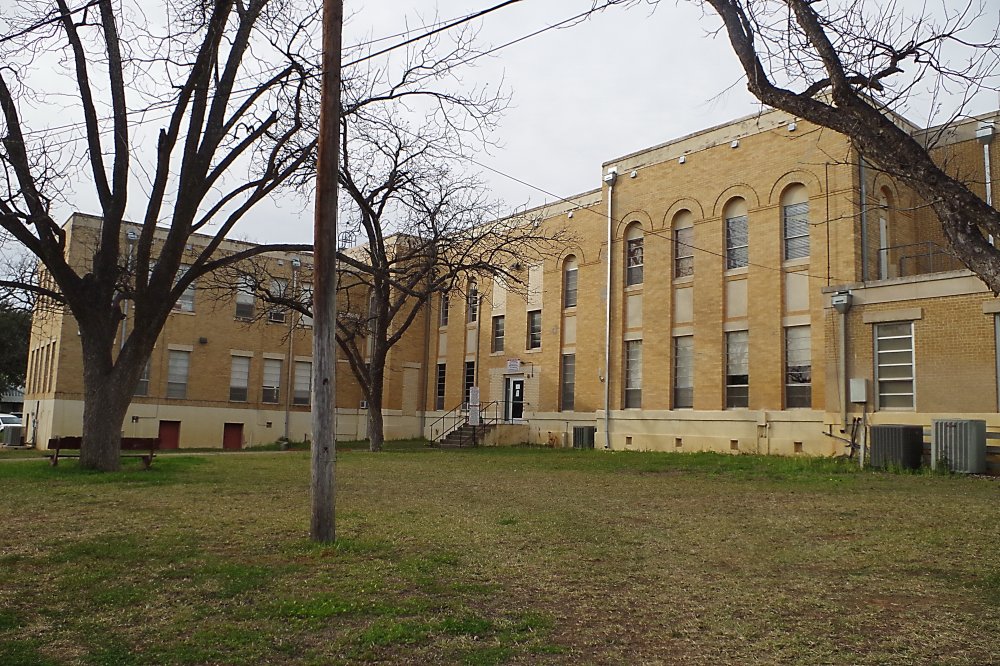 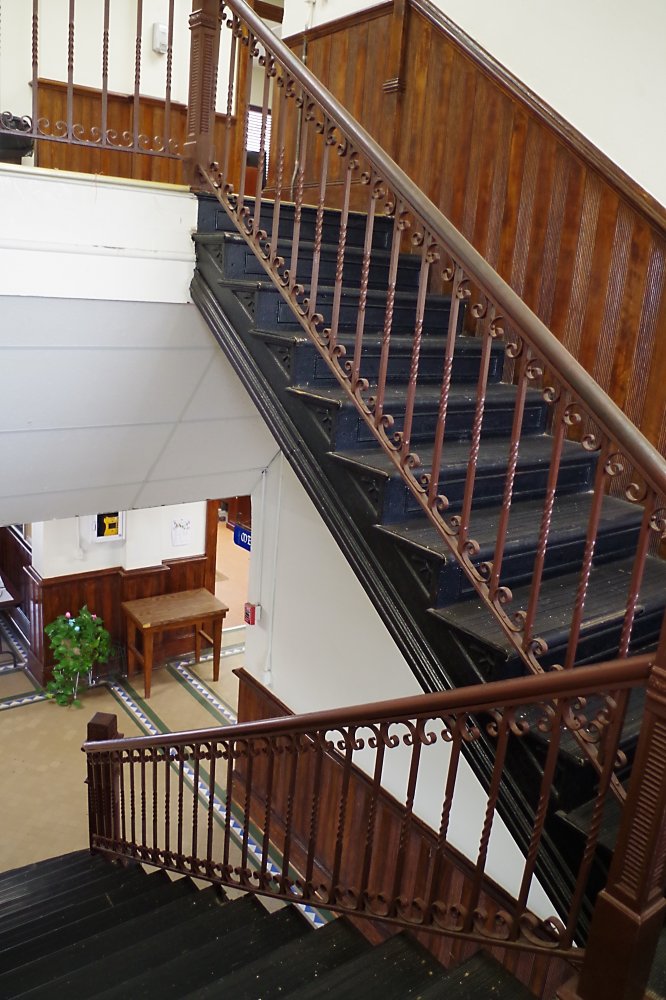 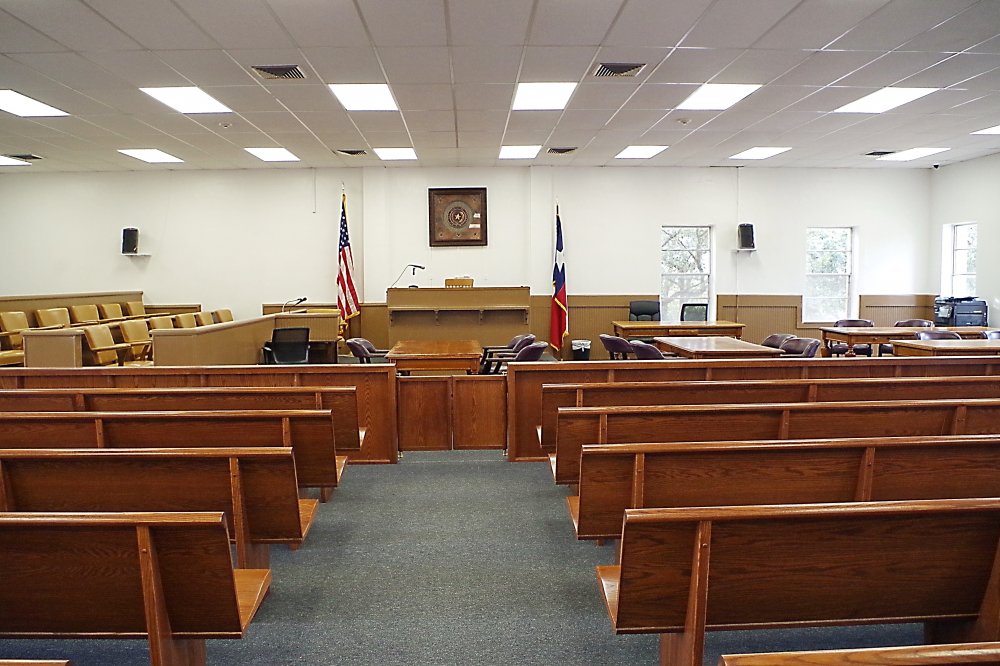