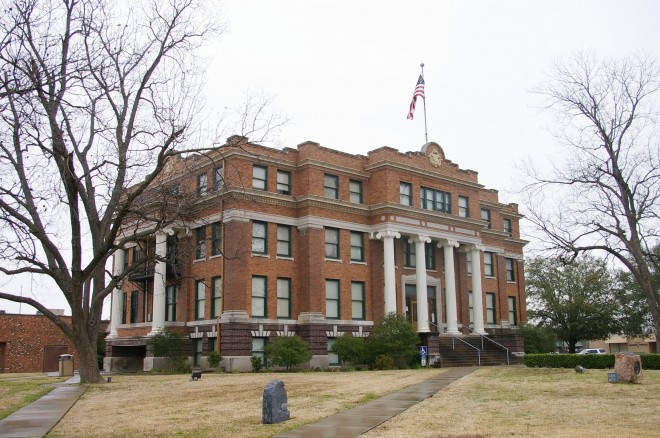 Freestone County is named for a type of peach called “freestone”. 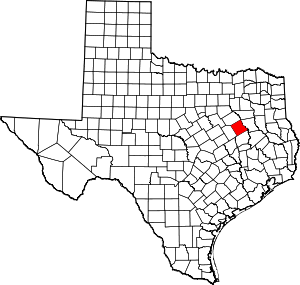 Description:  The building faces south and is a three story red colored brick and concrete  structure. The building is located on landscaped grounds in the center of Fairfield. The building has a raised basement of dark colored brick. The south front has a portico supported by four white colored columns rising to the top of the second story. Above the portico the third story rises to a parapet at the roof line. On the east and west sides are two column porticos. A horizontal belt runs above the second story windows. In the interior, the District Court courtroom is located on the second story. The courtroom has light colored green walls and a balcony extends into the third story. The County Court courtroom is located at the southwest corner of the first story. The building houses the State District Court and Constitutional County Court. On the north side are two courthouses annexes. 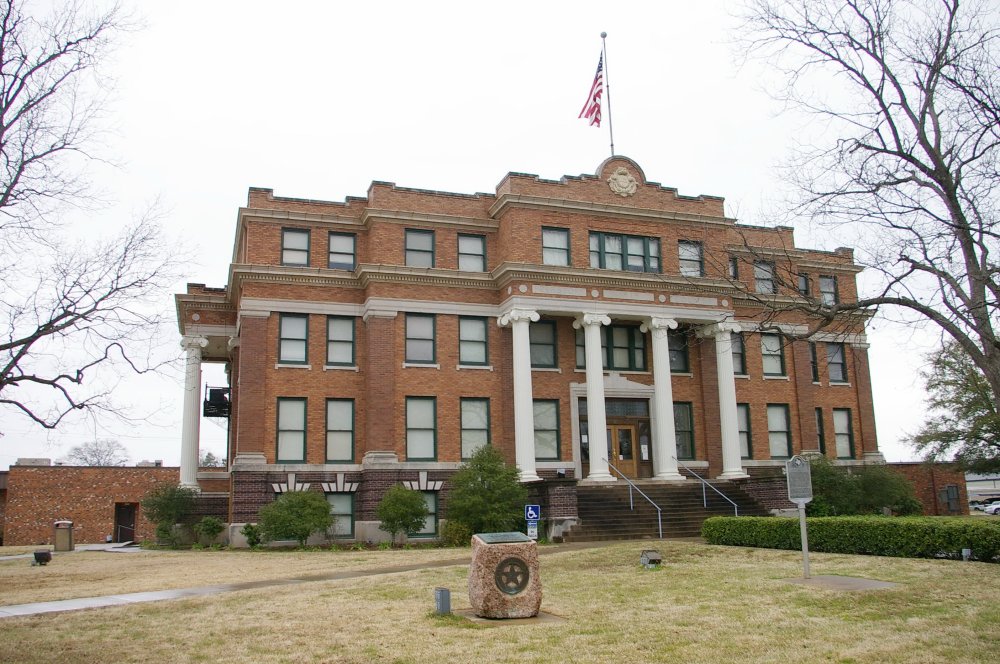 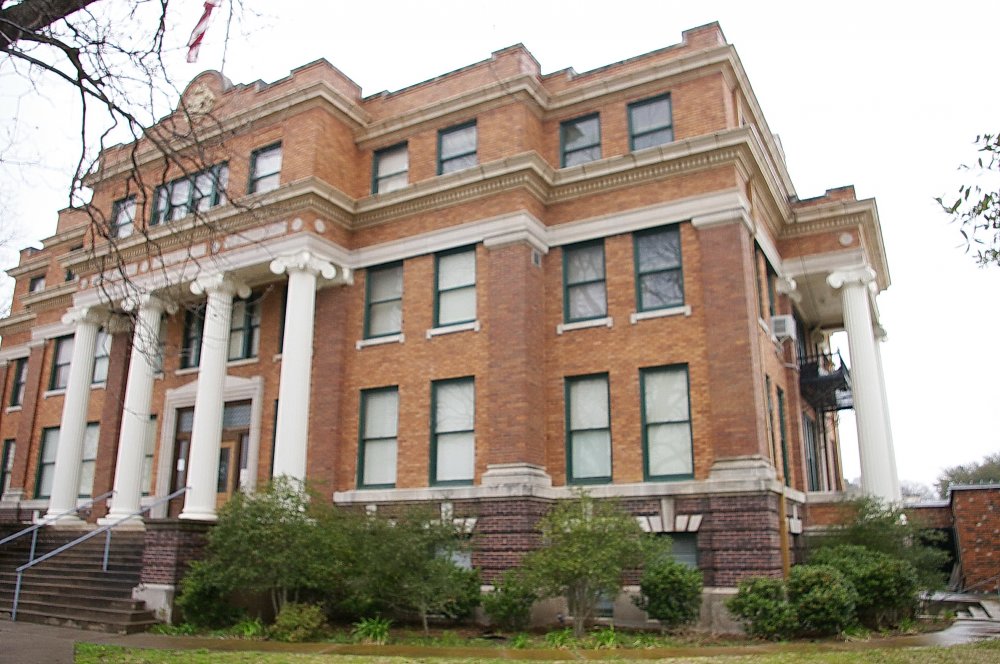 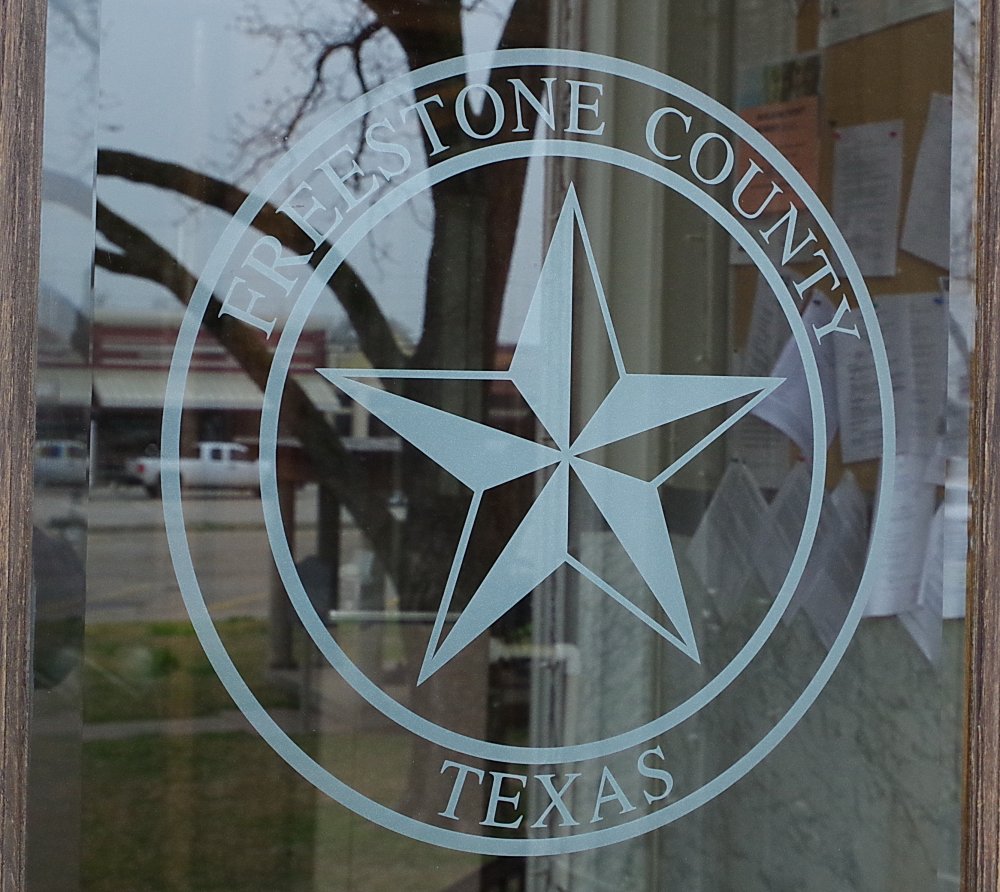 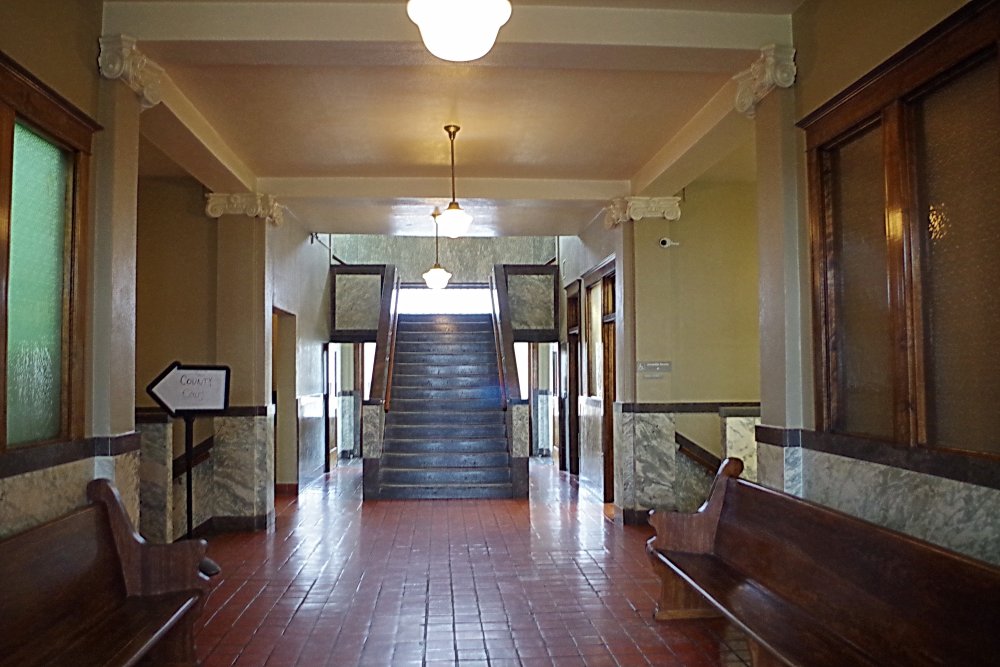 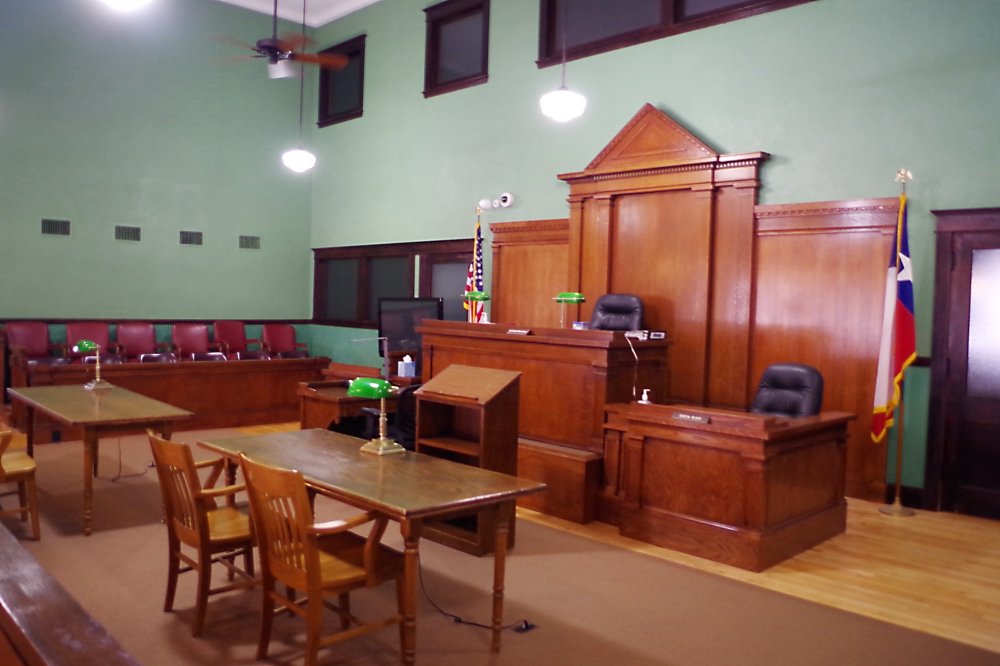 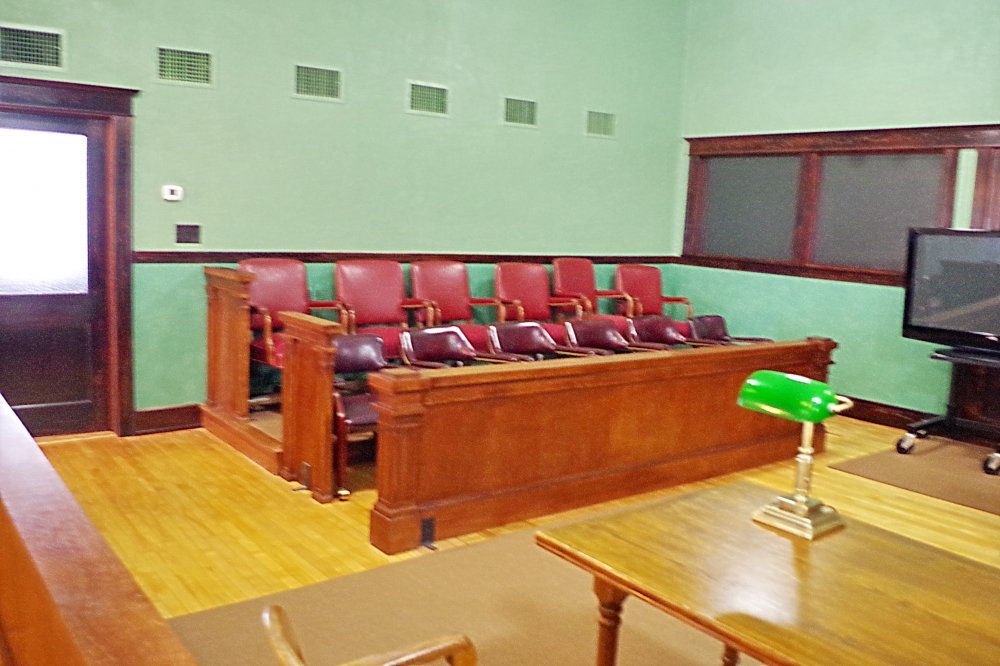 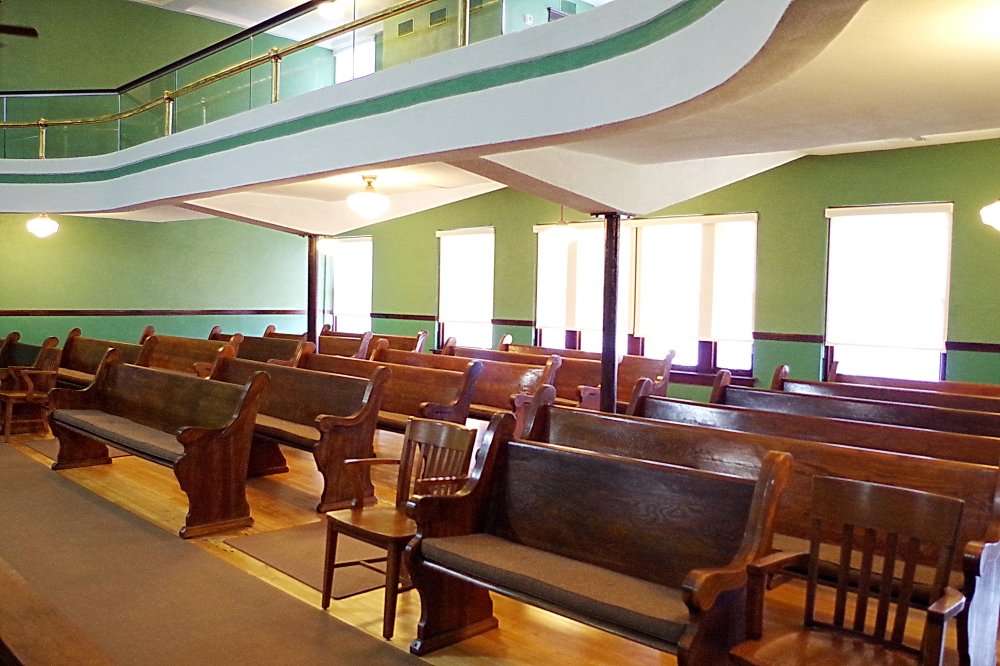 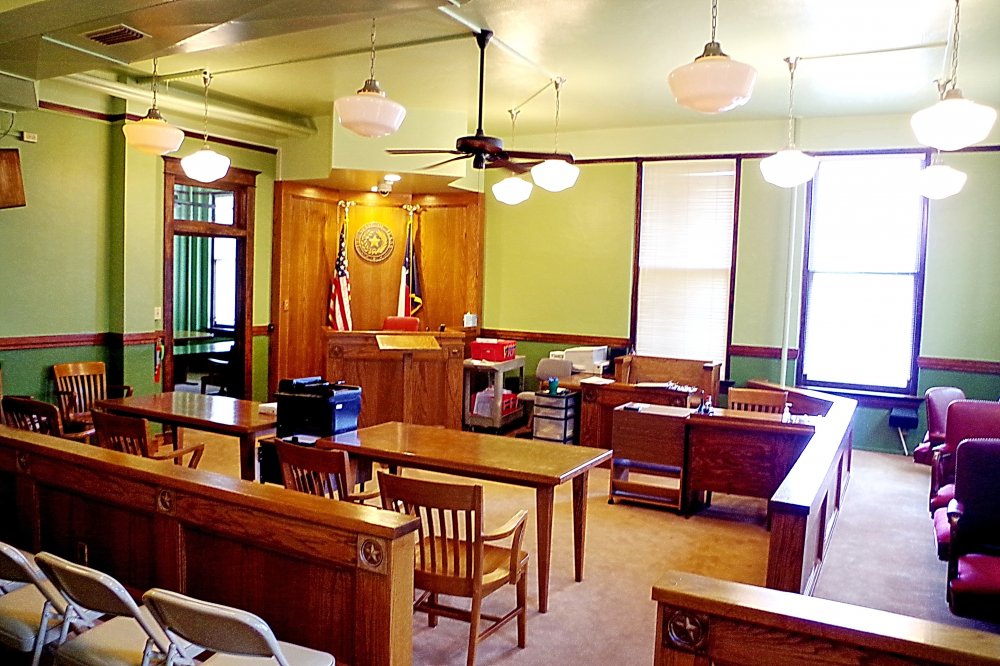 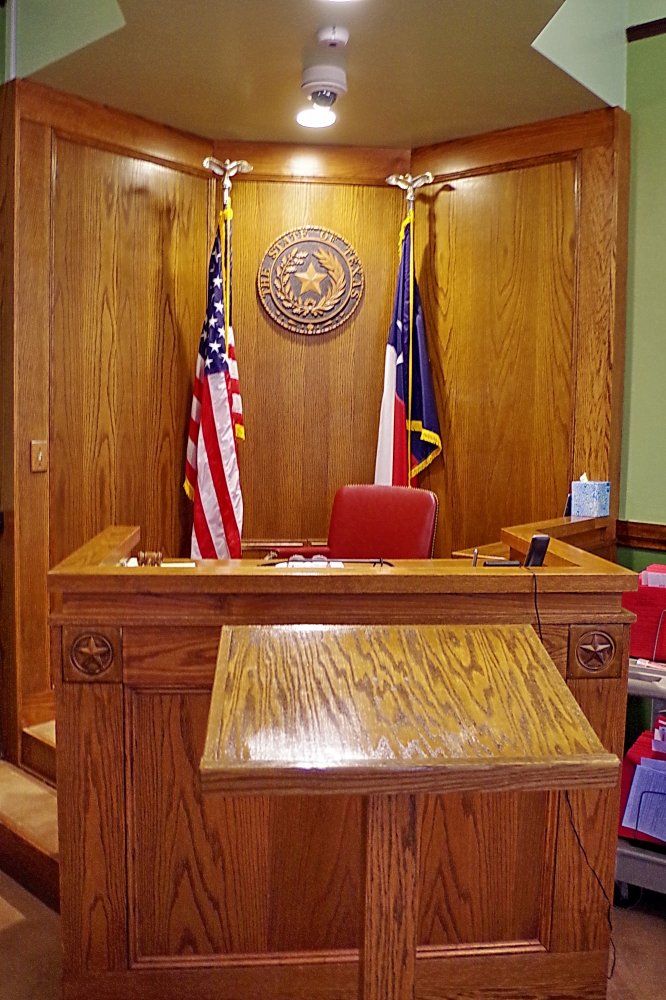