Foard County is named for Robert Levi Foard, who was an attorney and a soldier in the American Civil War 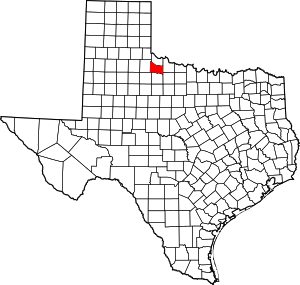 Architect:  Elmer George Withers of McDonald Brothers of Fort Worth

Description:  The building faces west and is a three story bluff colored brick brick, limestone and concrete structure. The rectangular shaped building is located on the spacious landscaped grounds of the Courthouse Square in the center of Crowell. The first story is rusticated limestone. Large stone steps ascend to the second story entrances. The third story windows are arched. A horizontal belt runs below the flat roof line. In the interior, the courtroom is located on the third story. The courtroom has wood trim and wood furnishings. The building houses the State District Court, Constitutional County Court and County Justice Court.

Note:  The courthouse had a dome before it was struck by a tornado on April 28, 1942 destroying the clock mechanism and the dome was removed.

History:  The county was created in 1891 and Crowell was selected as the county seat. The first courthouse was a two story frame structure built in 1891. The second and present courthouse was constructed in 1909 to 1910. 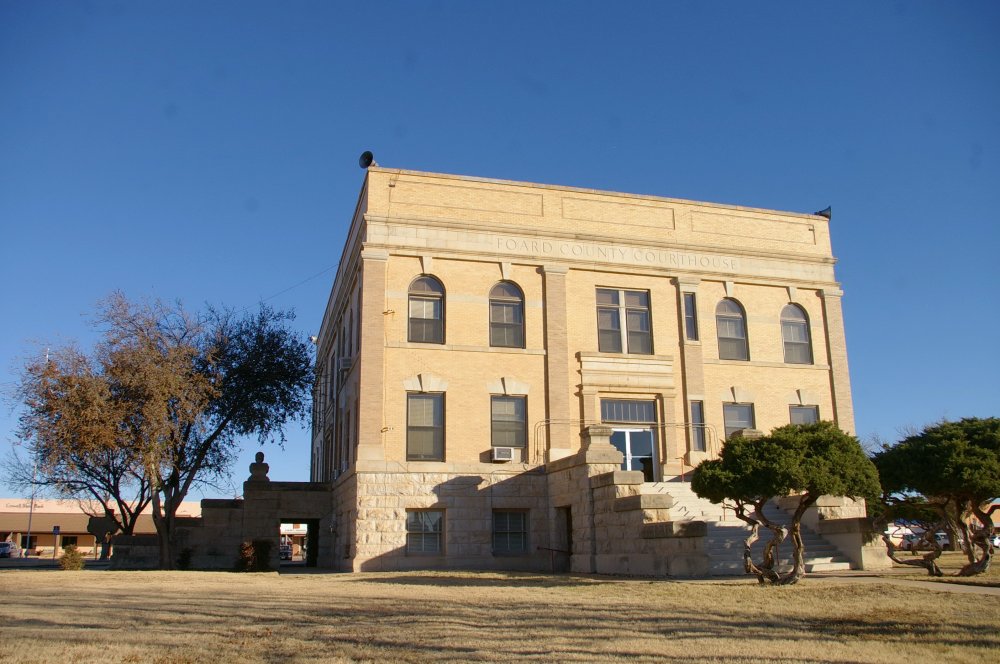 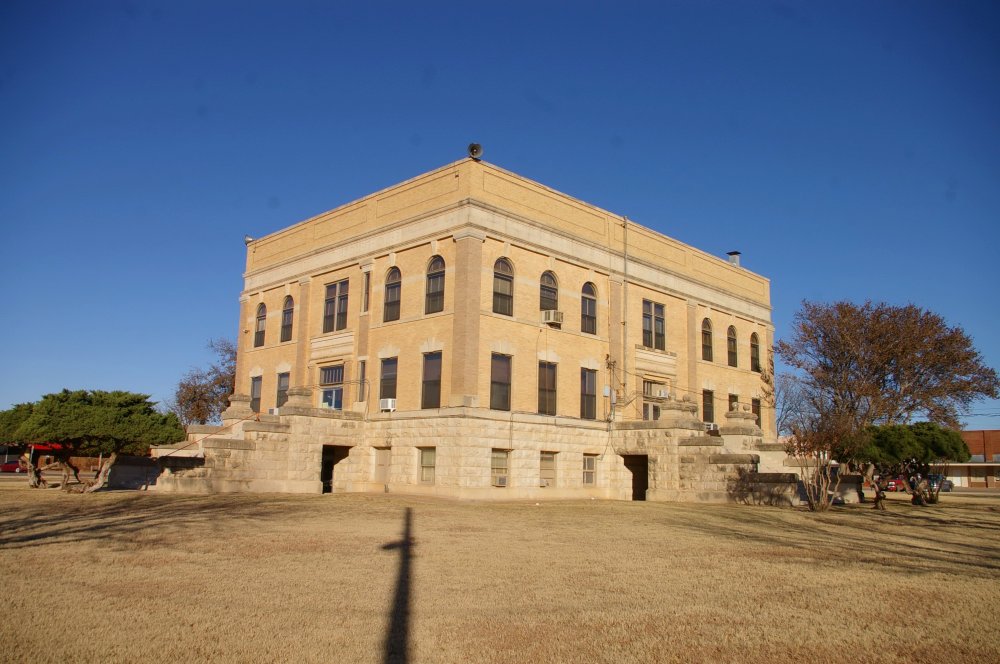 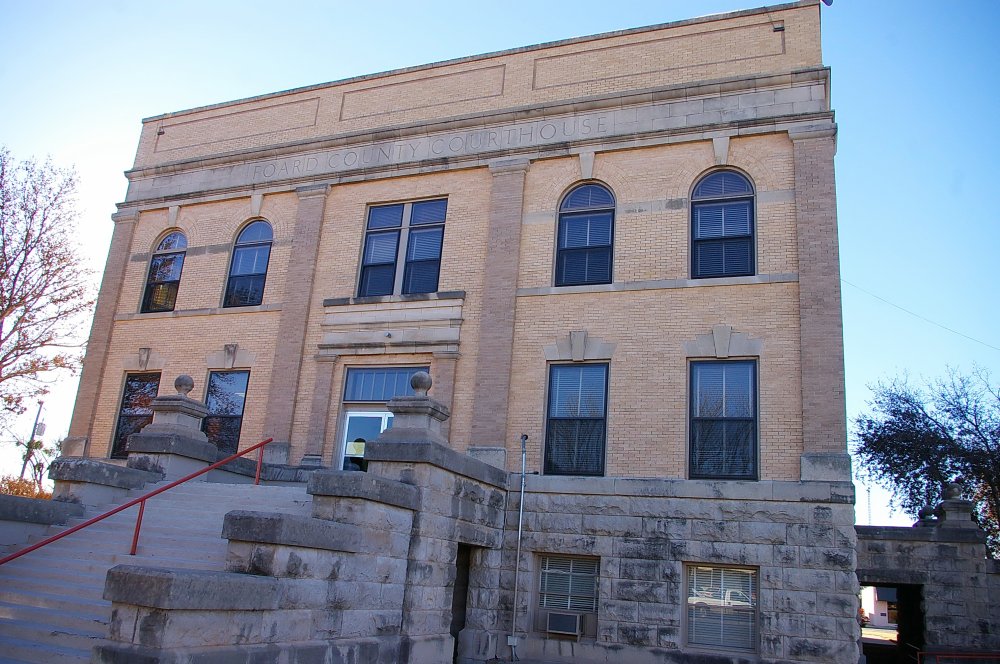 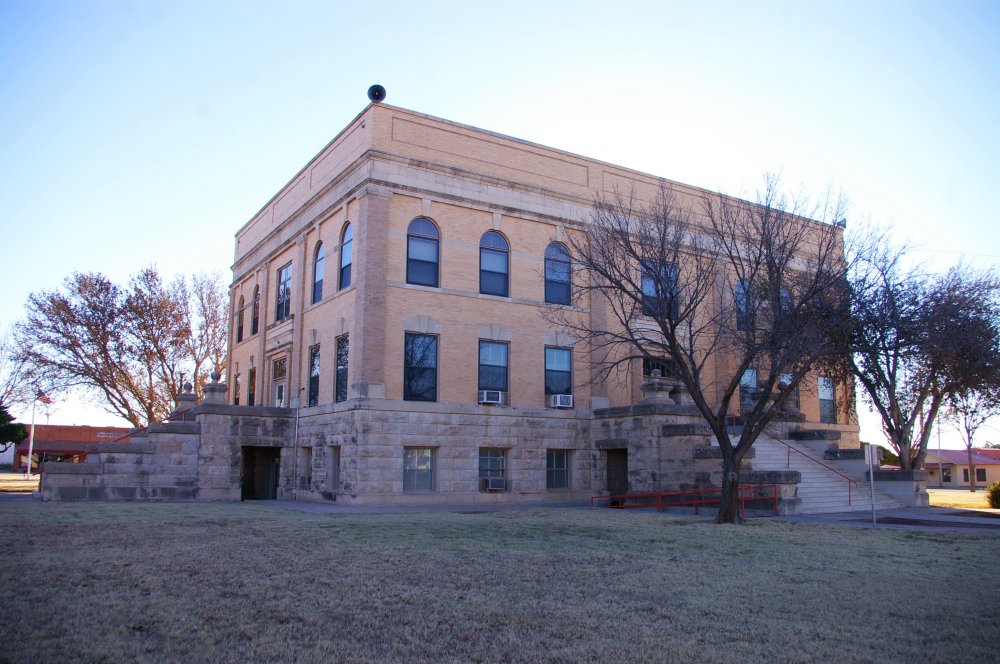 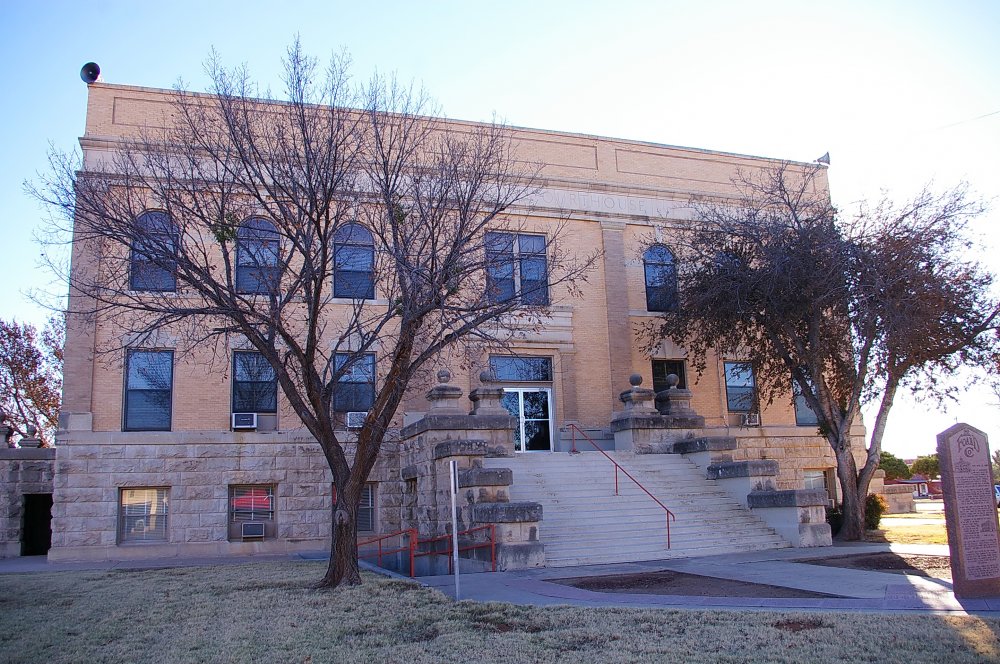 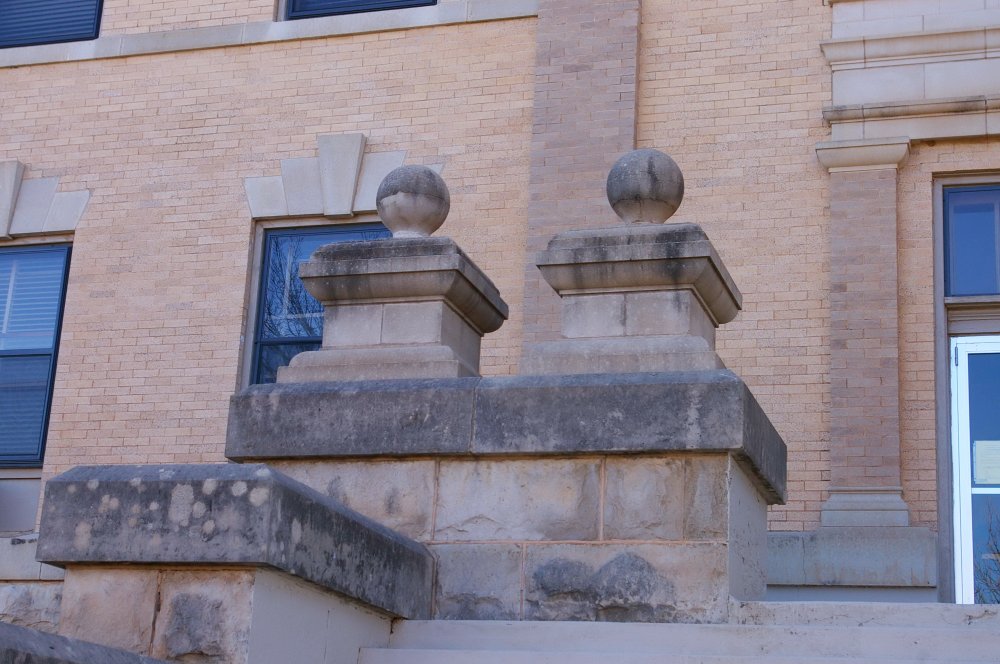 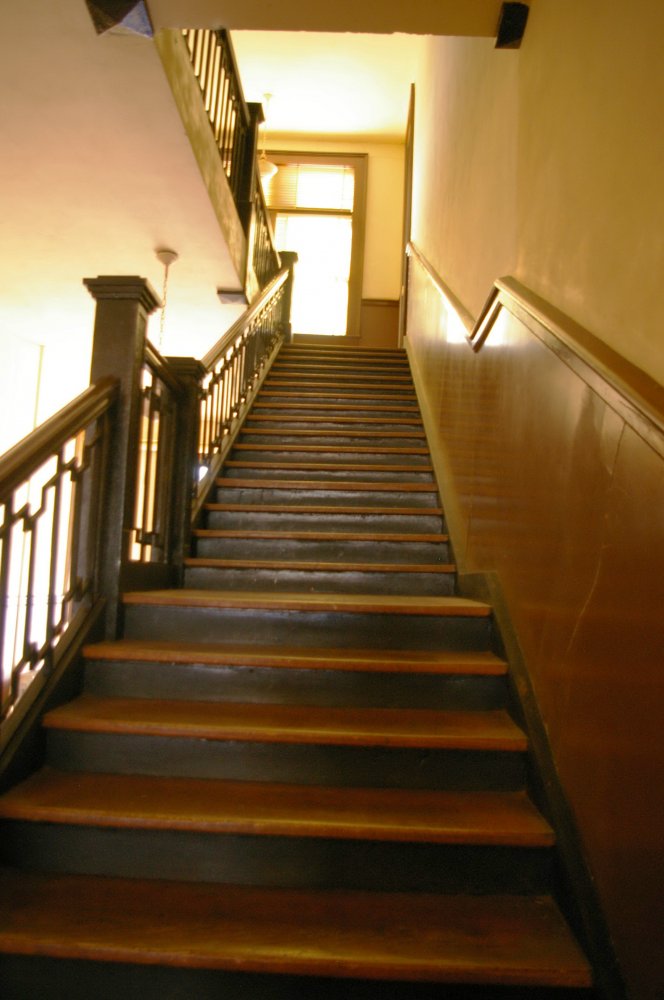 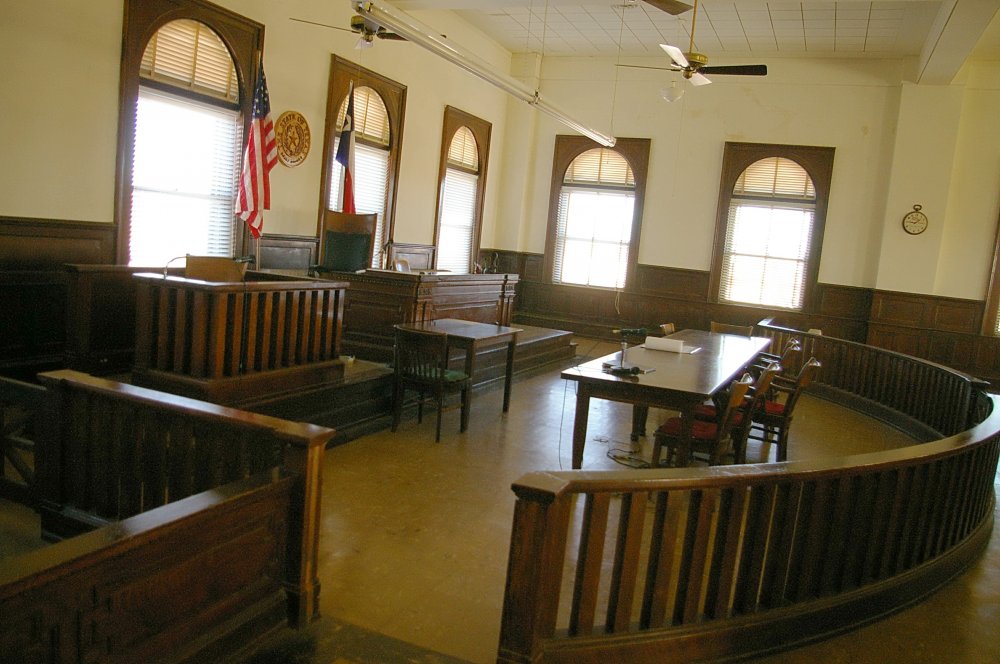 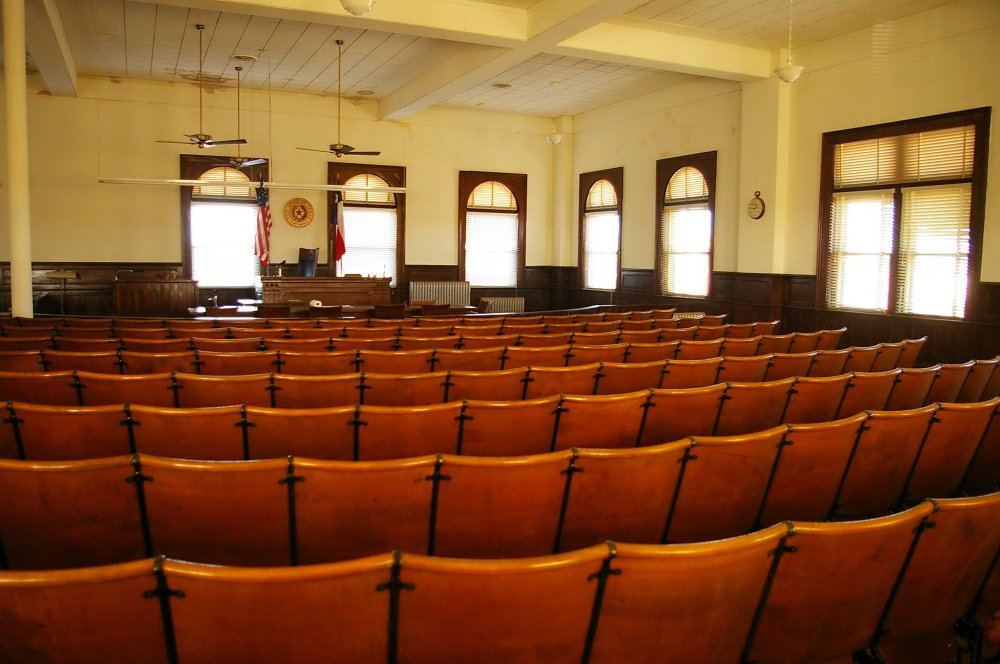 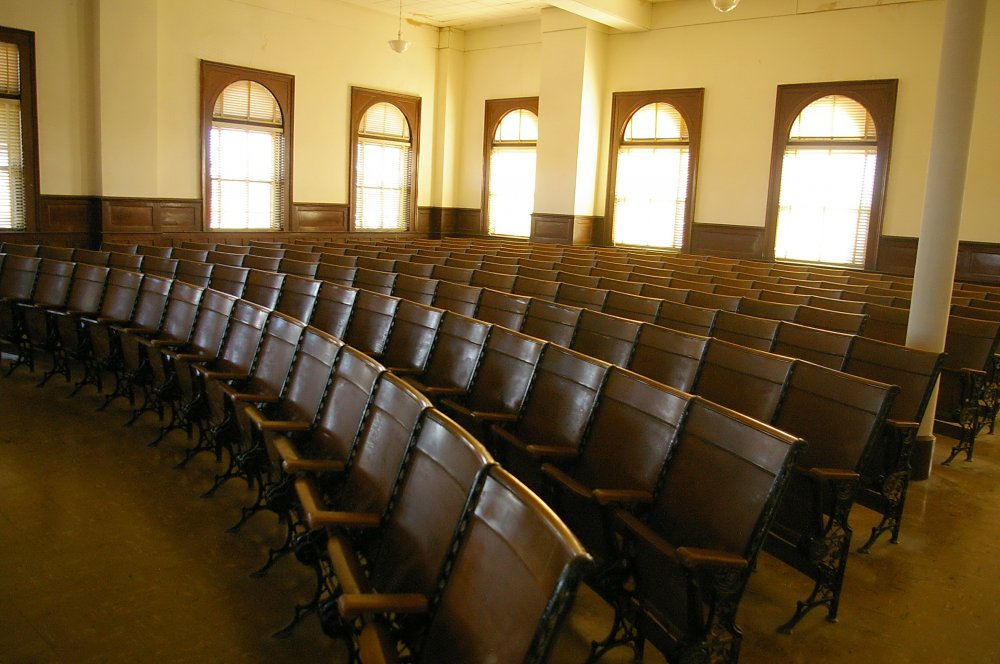 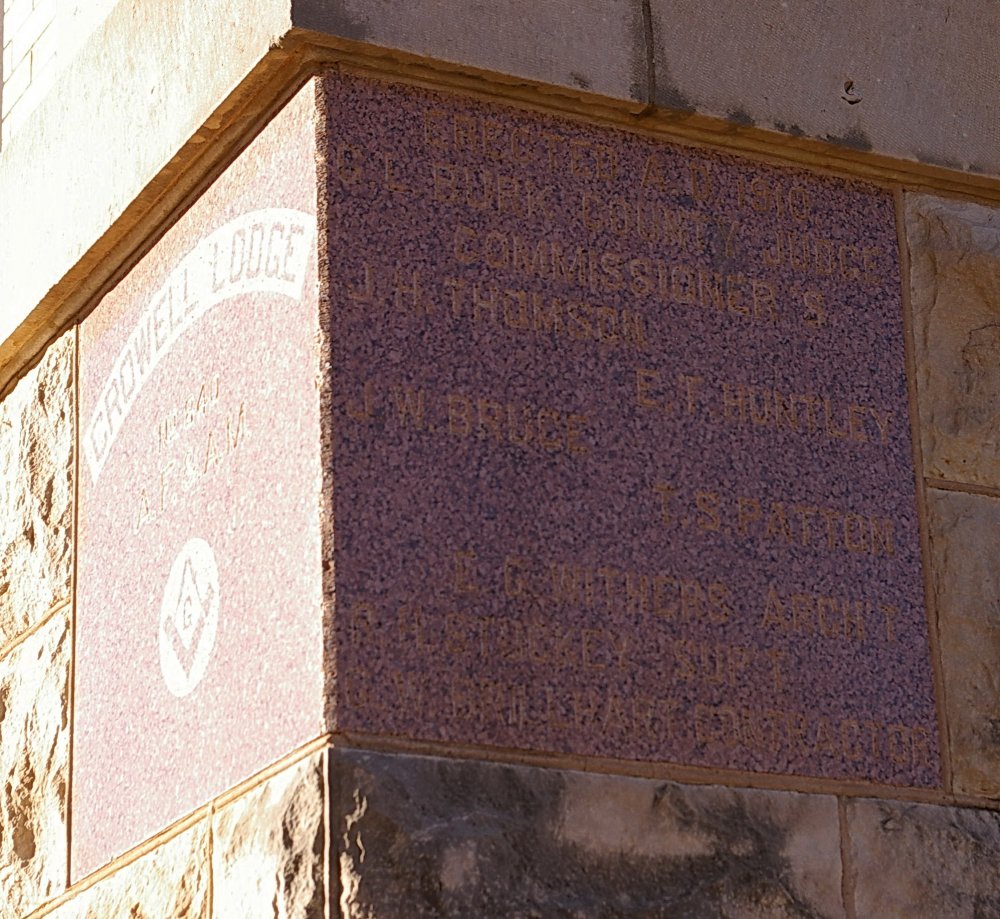