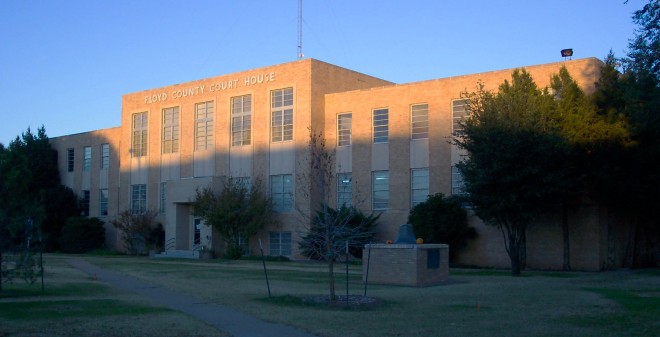 Floyd County is named for Dolphin Ward Floyd, who was an Alamo martyr.

Description:  The building faces west and is a two story buff colored brick and glass structure. The rectangular shaped building is located on the landscaped grounds of the Courthouse Square in the center of Floydada. The west front has stone trim around the entrance. The center section rises above the north and south wings. The windows in the centre section are large with panels between the first and second stories. The windows in the wings are smaller but have the same dividing panels. In the interior, the decor is Art Deco. The courtroom is located at the center of the second story. The building houses the State District Court and Constitutional County Court. On the east side is the the one story Courthouse Annex and on the northeast side is the three story County Jail constructed in 1925 and remodeled in 1971. 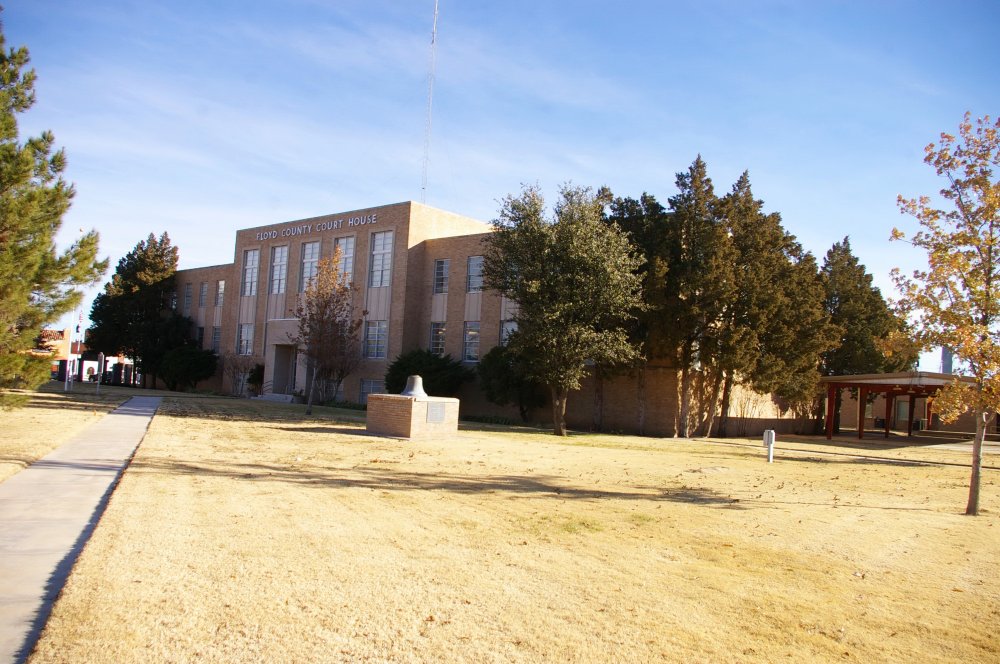 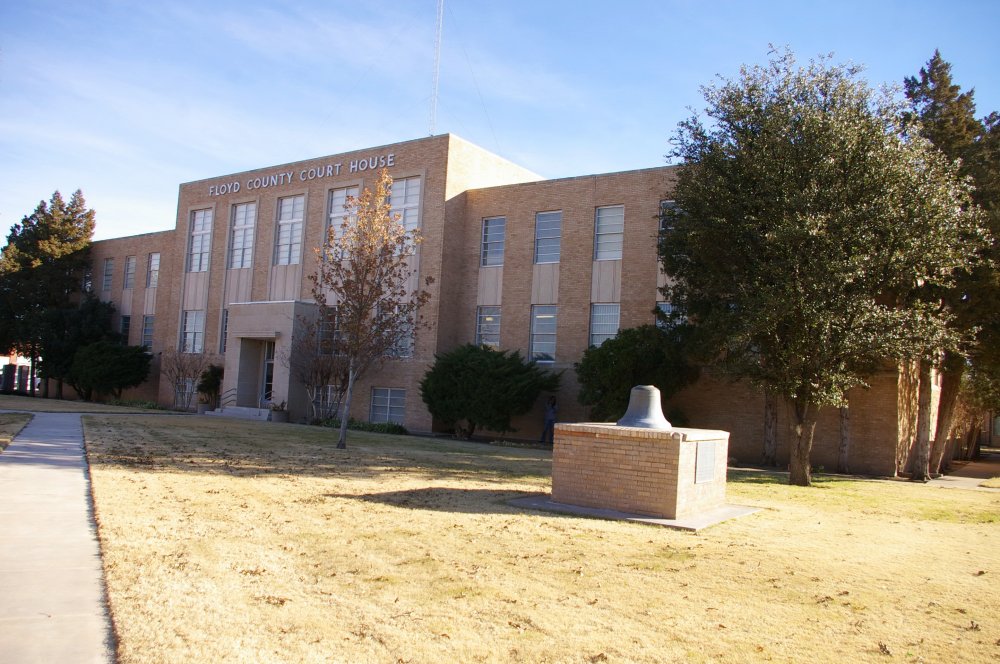 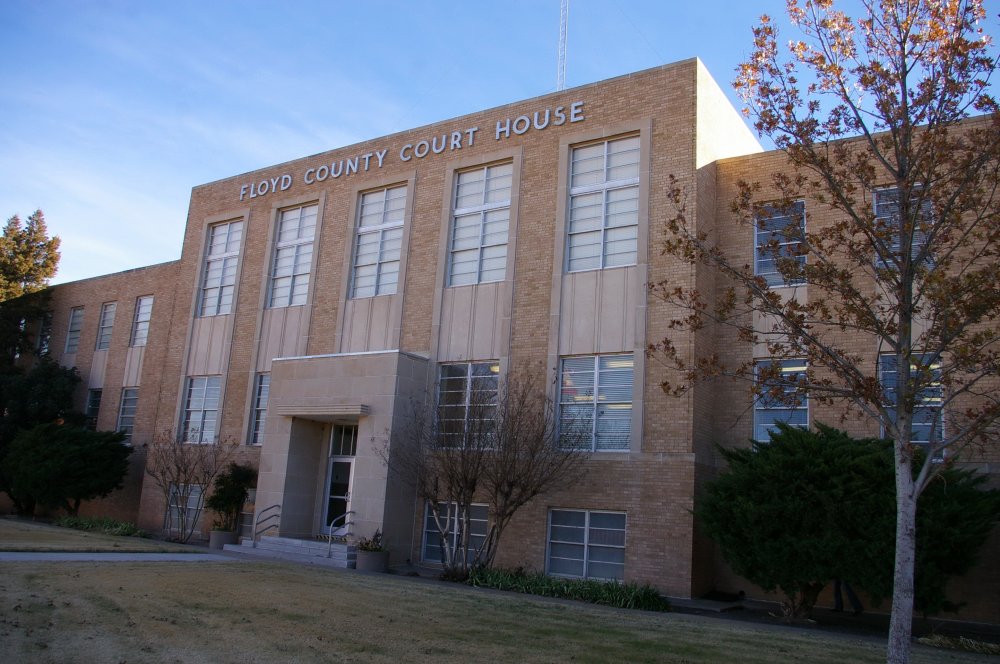 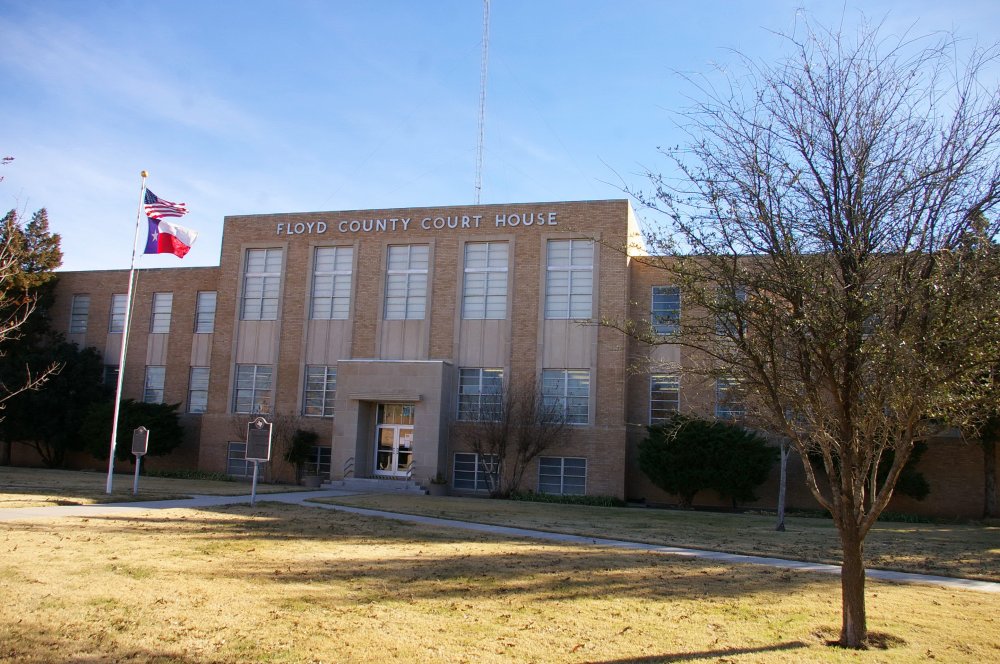 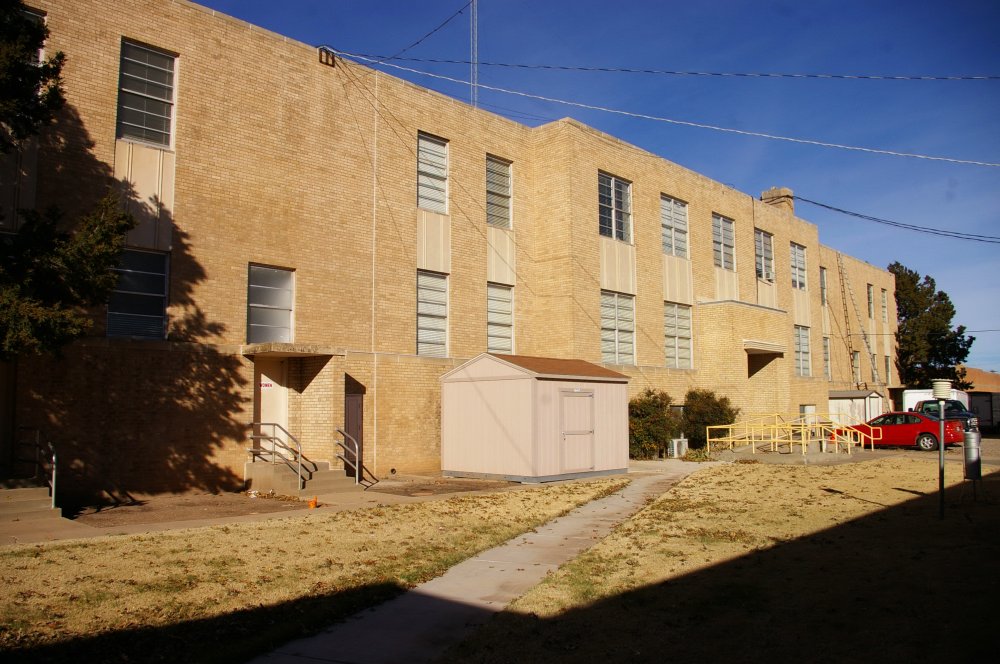