Falls County is named for the waterfalls on the Brazos River. 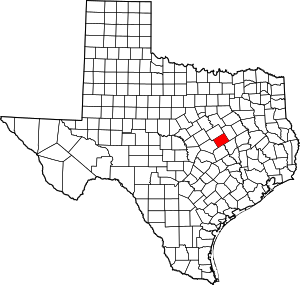 Description:  The building faces south and is a three story white colored Austin shellstone brick and concrete structure. The rectangular shaped building is located on the landscaped grounds of the Courthouse Square in the center of Marlin. The building has a raised basement. The south front has a three story entrance tower rising above the roof line with glass paneled entrance on the first story. A horizontal belt runs above the basement level. The building contains pink colored Texas granite. The roof line is flat. In the interior, the entrance vestibule has dual staircases rising to the second story and single staircase rising the third story. The courtroom is located on west side of the third story. The building houses the State District Court, Constitutional County Court and County Justice Court. The building was a Public Works Administration project. 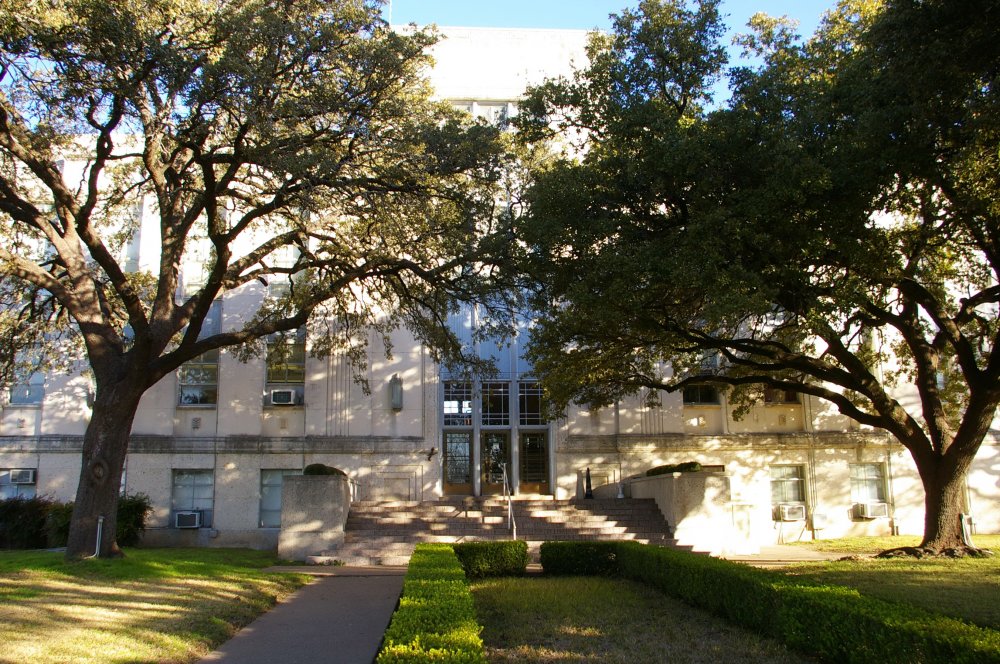 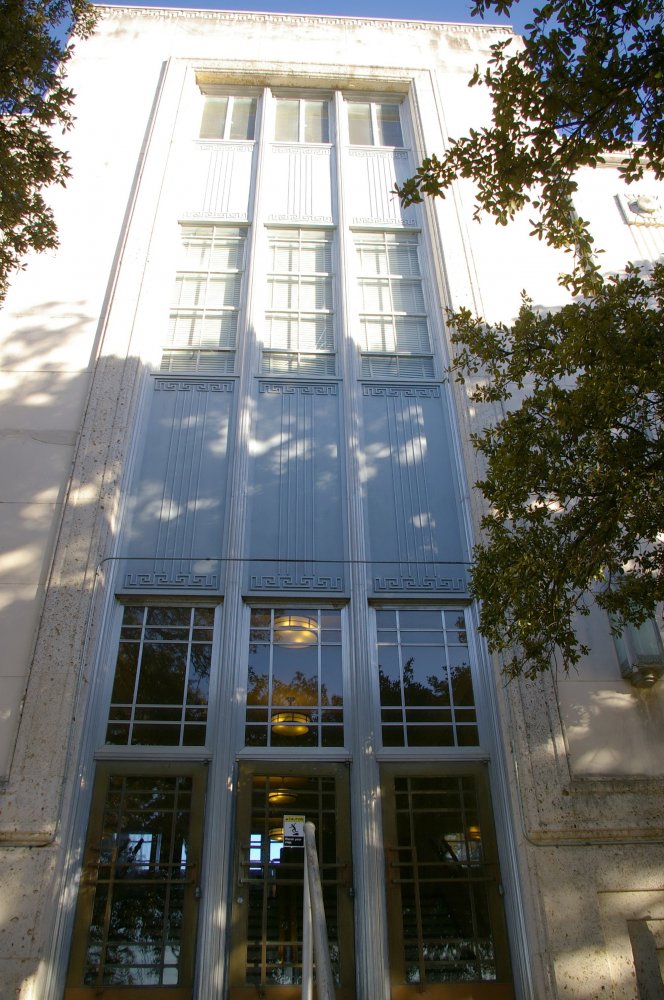 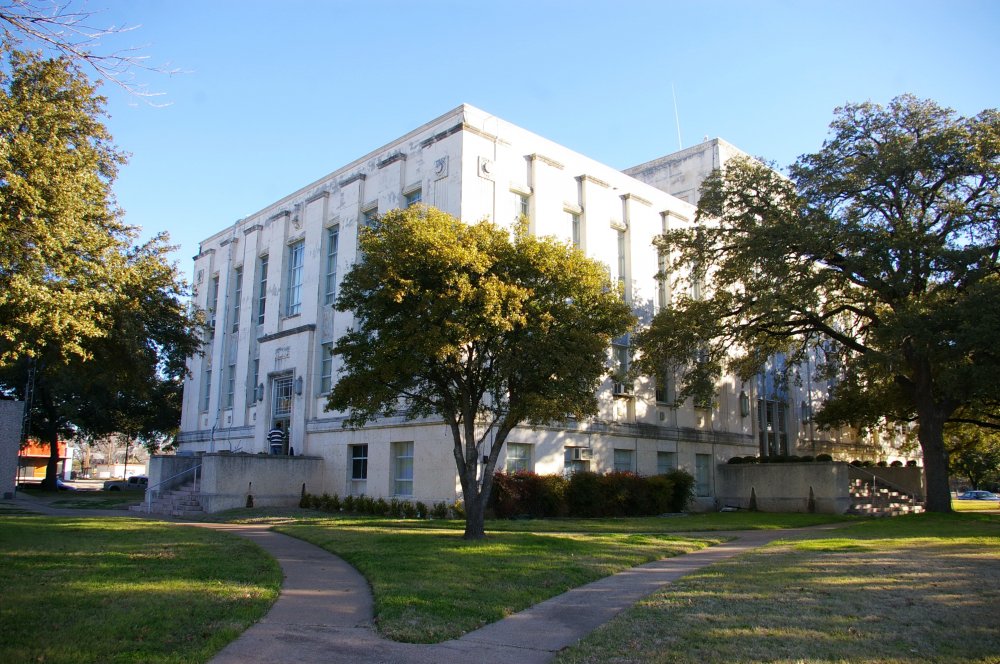 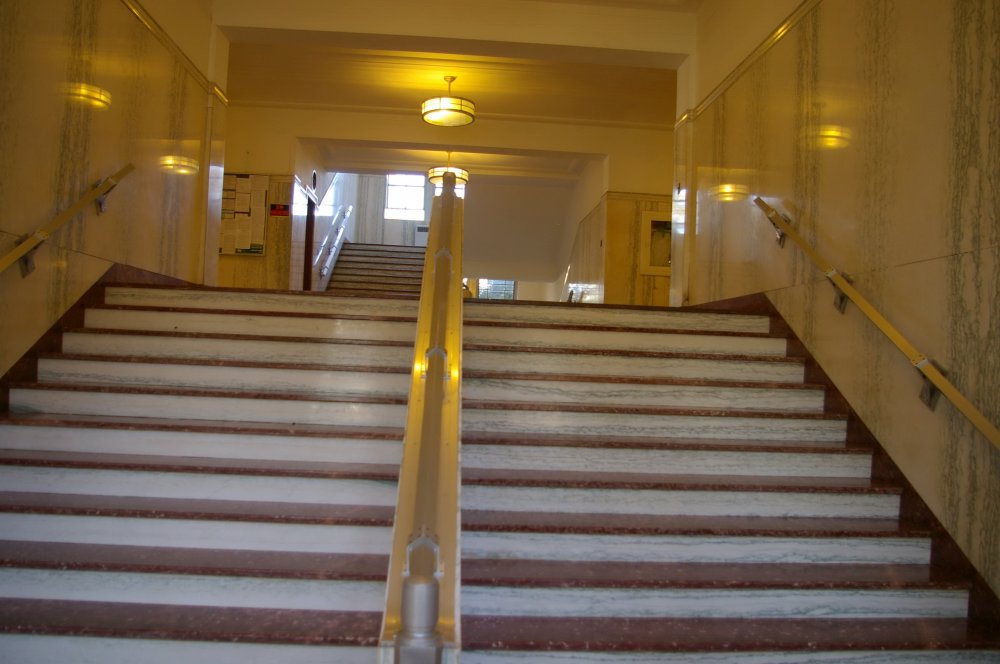 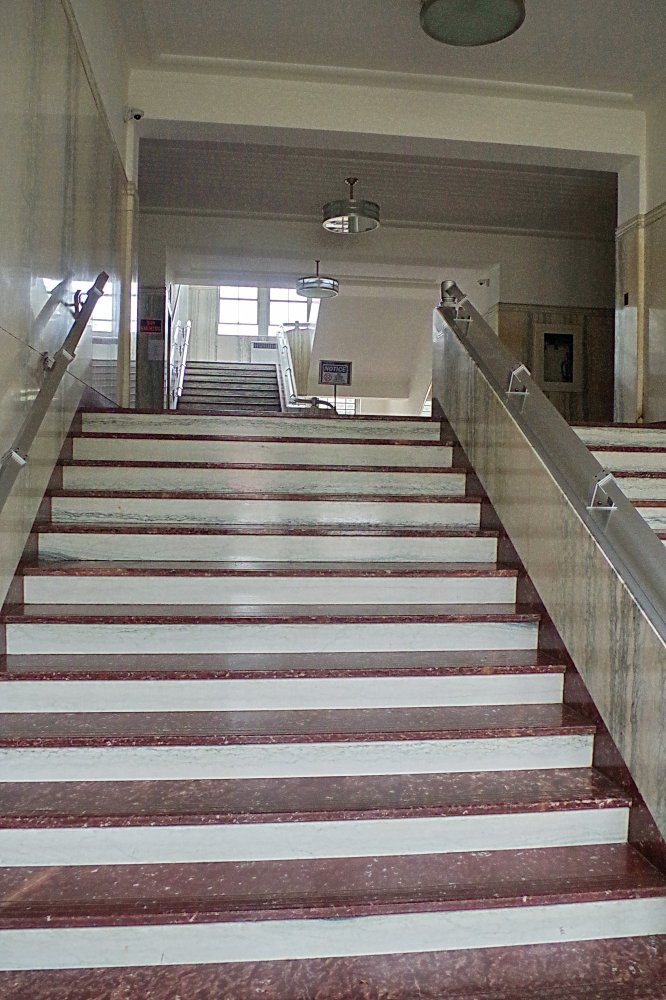 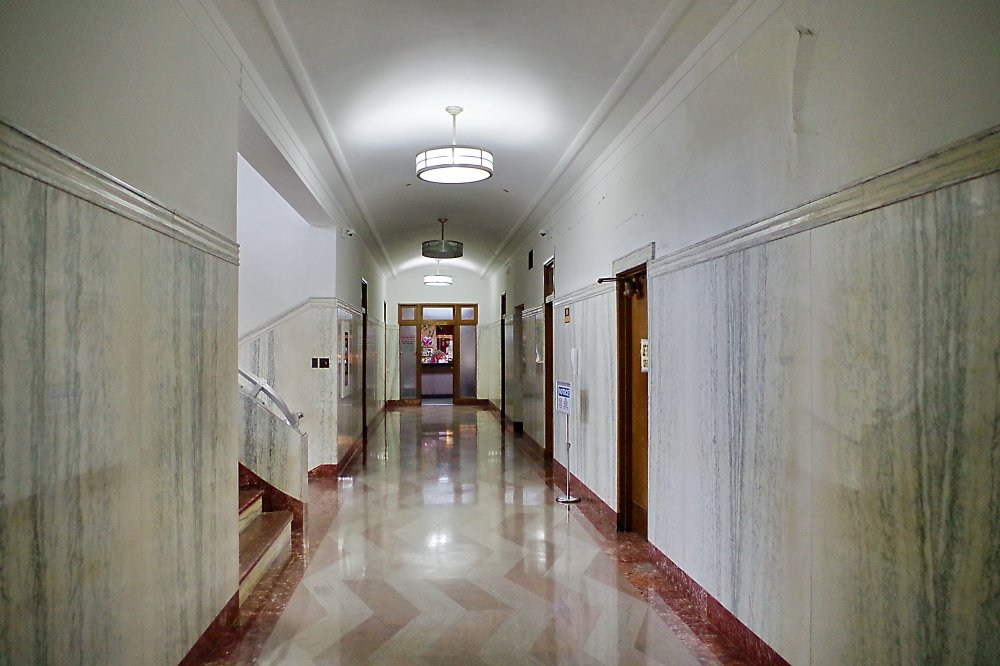 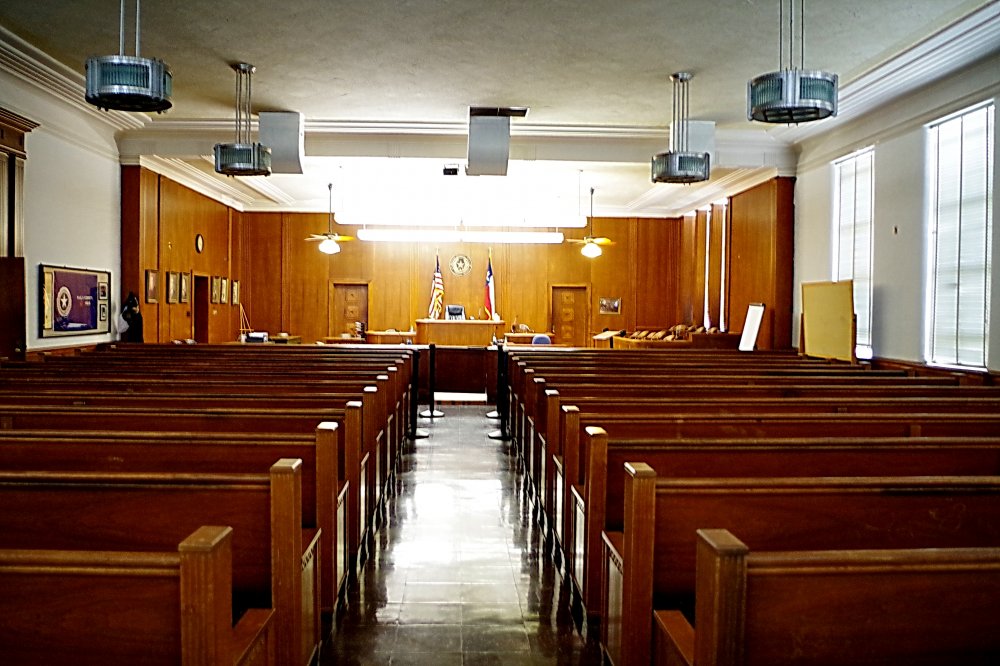 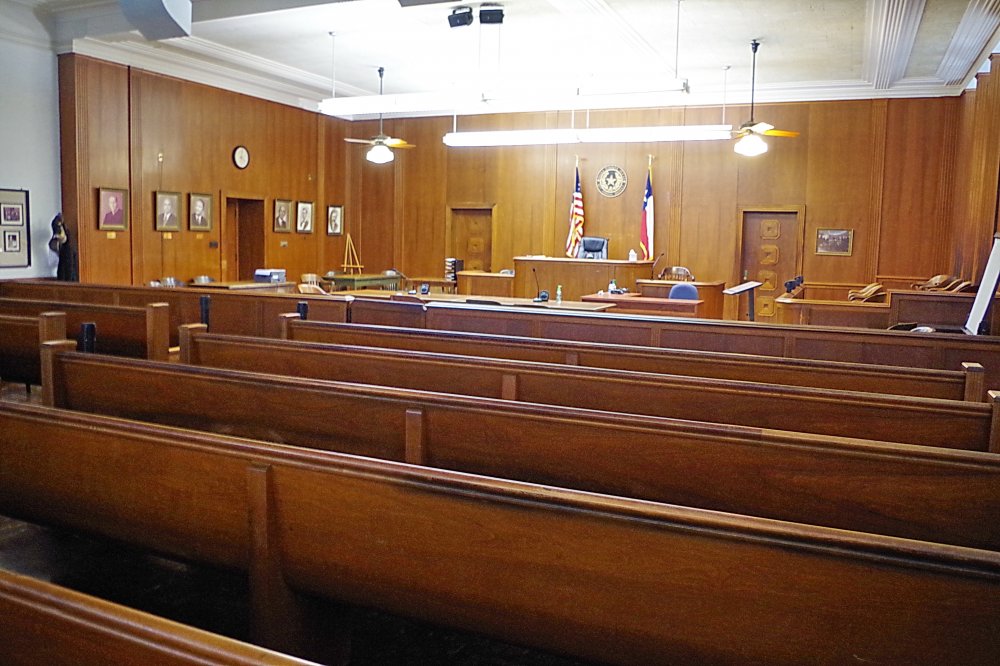 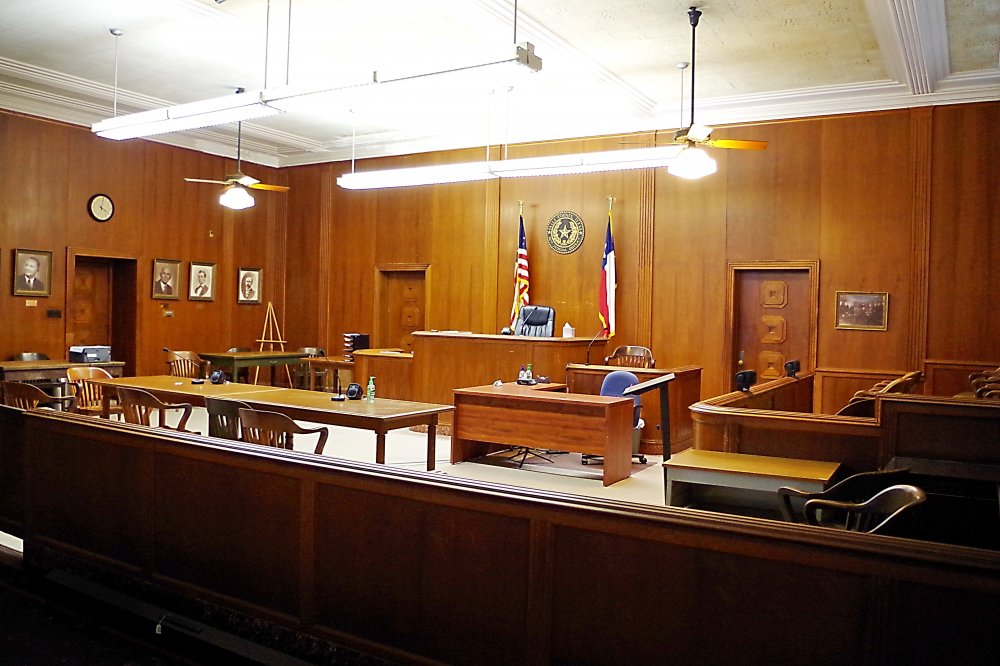 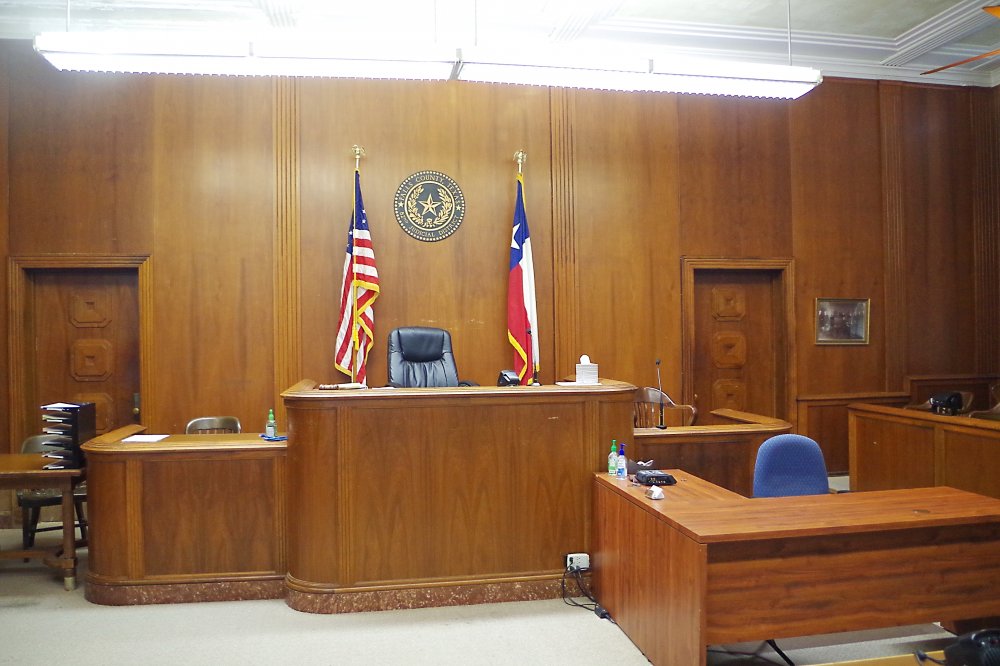 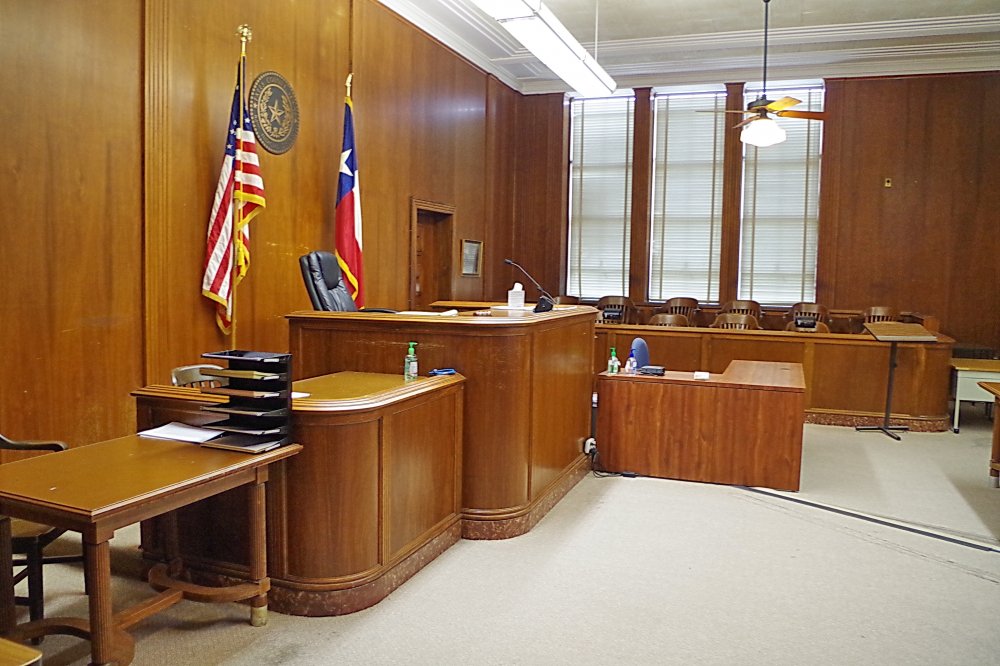 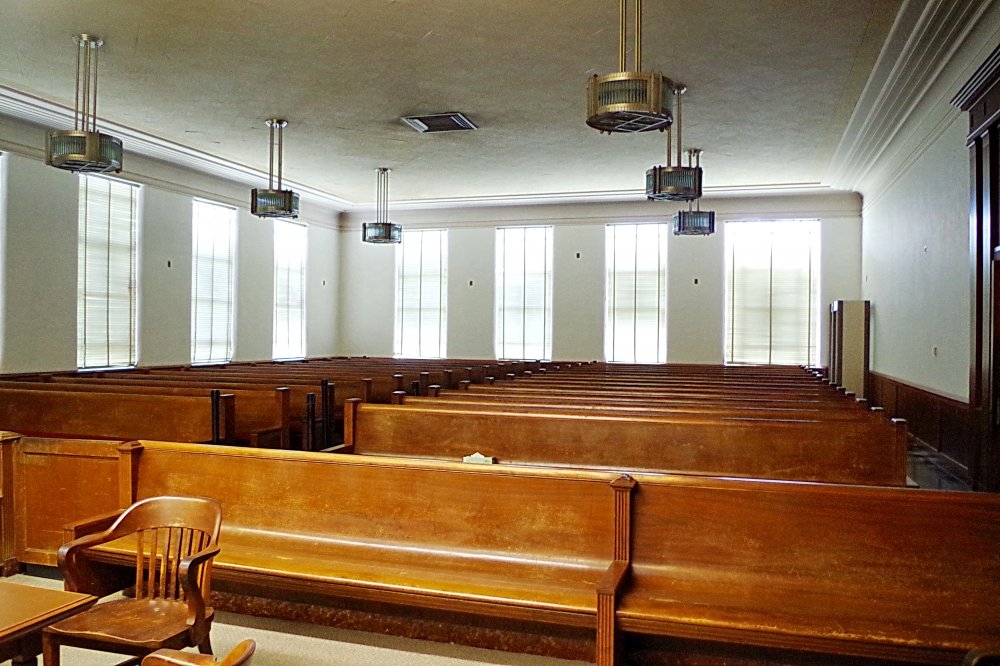 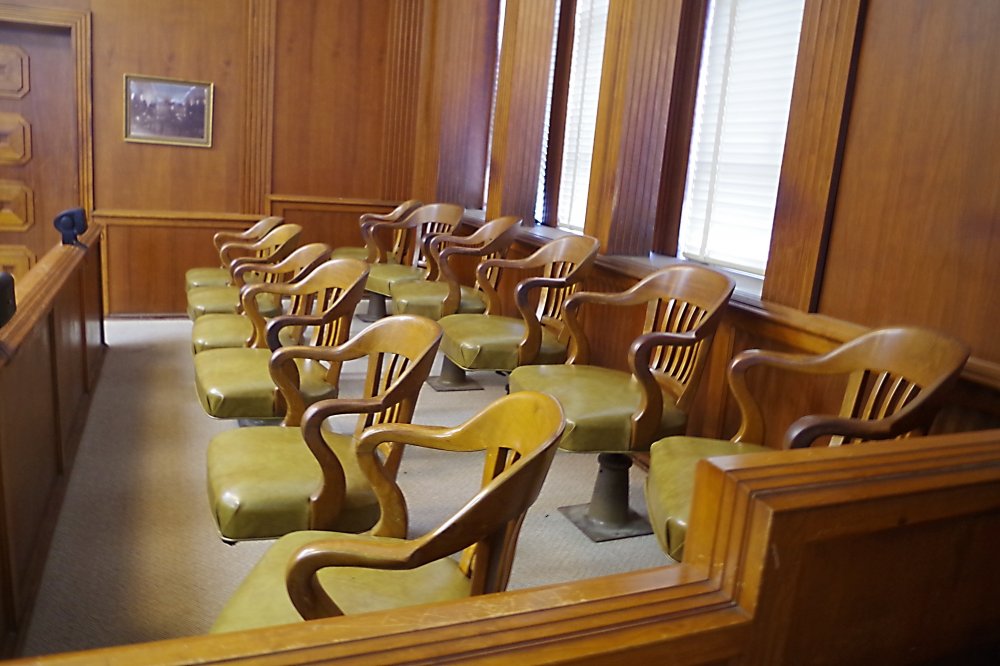 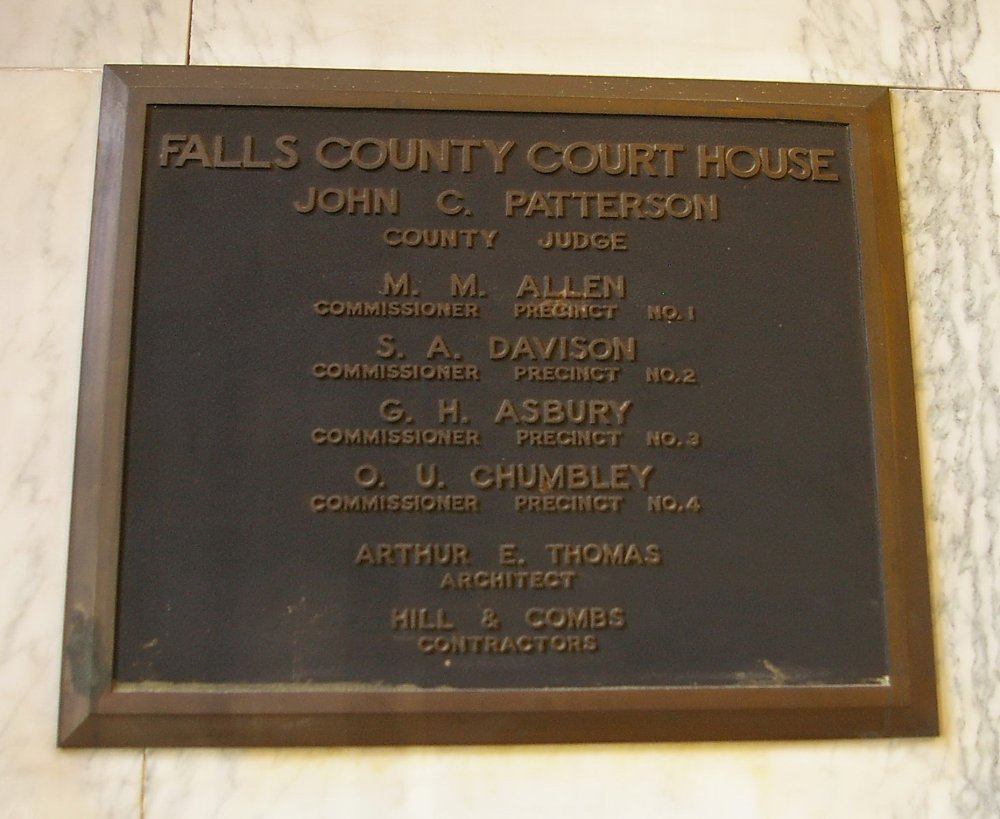 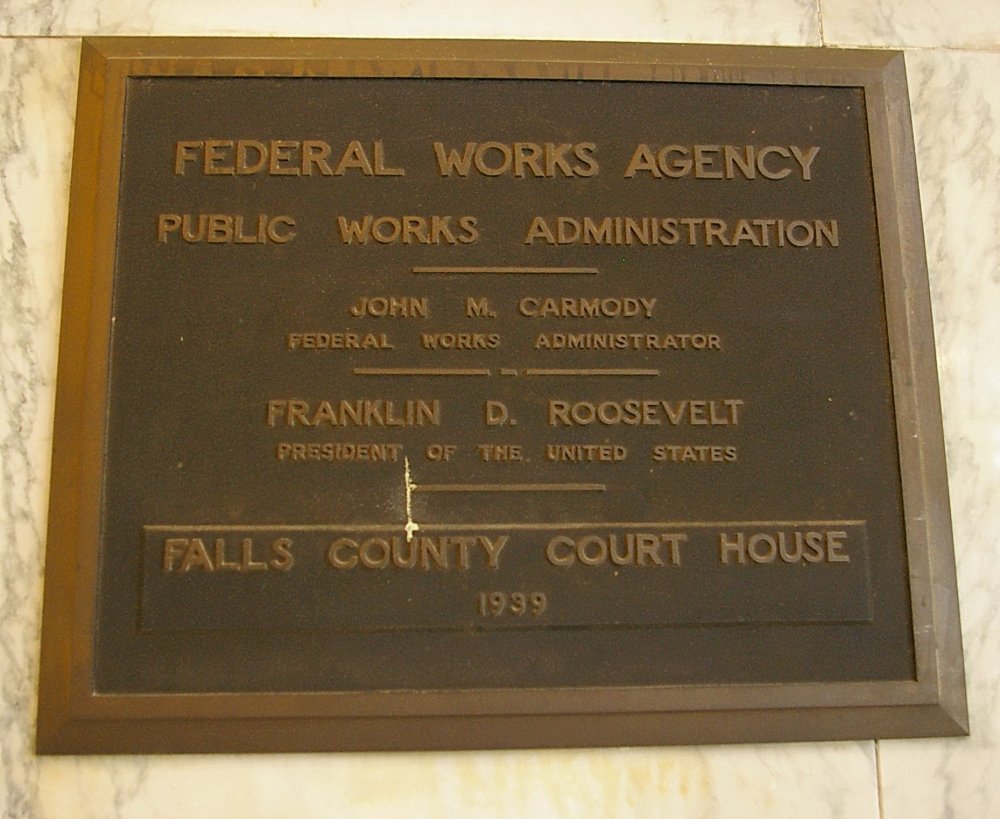