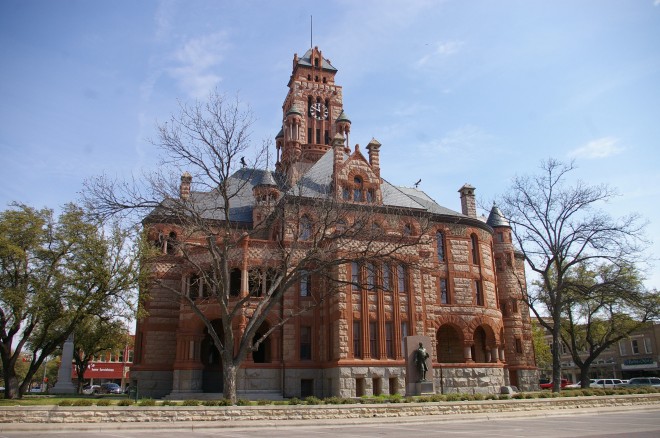 Ellis County is named for Richard Ellis, who was president of the convention that produced the Texas Declaration of Independence. 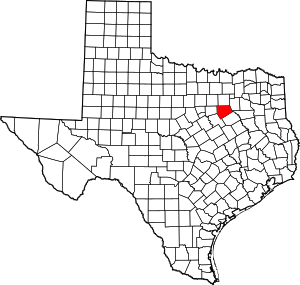 Description:  The building faces northwest and is a three story red Pecos sandstone,  granite and concrete structure. The building is located on the  landscaped grounds of the Courthouse Square in the center of Waxahachie. The building has a cruciform design. The west front of the building has angled entrance porches having a large arch and open windows on the second story. The center section has two rounded towers with open windows on the third story and between the towers is a large arch. The north and south center sections project from the main building. The east side is rounded with open arches on the first story. The base of the building is course white colored stone. On the center of the roof rises a high square clock tower with steep roof. In the interior, the floor plan has an open space at the center of the building first surrounded by a staircase then surrounded by a gallery that provided access to offices and courtrooms. The first story has ornate crown molding and egg and dart arched trim. The Justice of the Peace courtroom has cast iron Corinthian columns. The wood is old growth longleaf southern pine. The large second-floor old District Court courtroom was pushed off to one side of the building so the center space was open all the way up to the clock tower. The third story had an exit to the courtroom balcony which was removed. The building was restored in 2002. The architect was ArchiTexas Architecture Historical Planning and Preservation, Inc. and the construction manager was Thomas S Bryne, Inc.

Note:  According to legend, a series of exquisitely carved stone faces on the facade of the building represents the unrequited obsession of sculptor Harry Herley for a local girl, the model for the visages. However, the sculptures depict progressively demonized faces, representing the sculptor’s increasing disillusion with the object of his desire. After years of deterioration, the courthouse was restored by the county, with help from the Texas Historical Commission, for a reopening in 2002. The restoration included efforts to use red sandstone from the very same quarry used during construction in 1895. 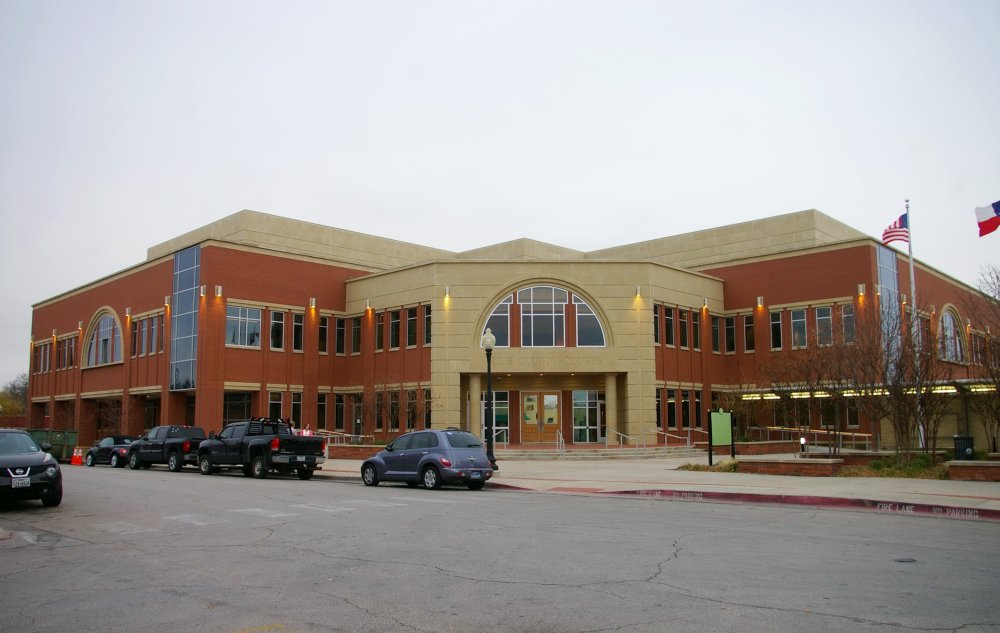 Description:  The building faces west and is a three story red colored brick, stone and concrete structure. The building is located on landscaped grounds in the center of Waxahachie on the east side of the courthouse. The southwest corner of the building has a projecting two story section with recessed entrance and large arched window on the second story. Along the west side pf the second story is a recessed walkway with pillars. On the east side, the building descends along a slope with the first story below the second story entrance level. The first story is faced with cream colored limestone. The roof line is flat. The building houses the State District Court, Constitutional County Court and County Court at Law. 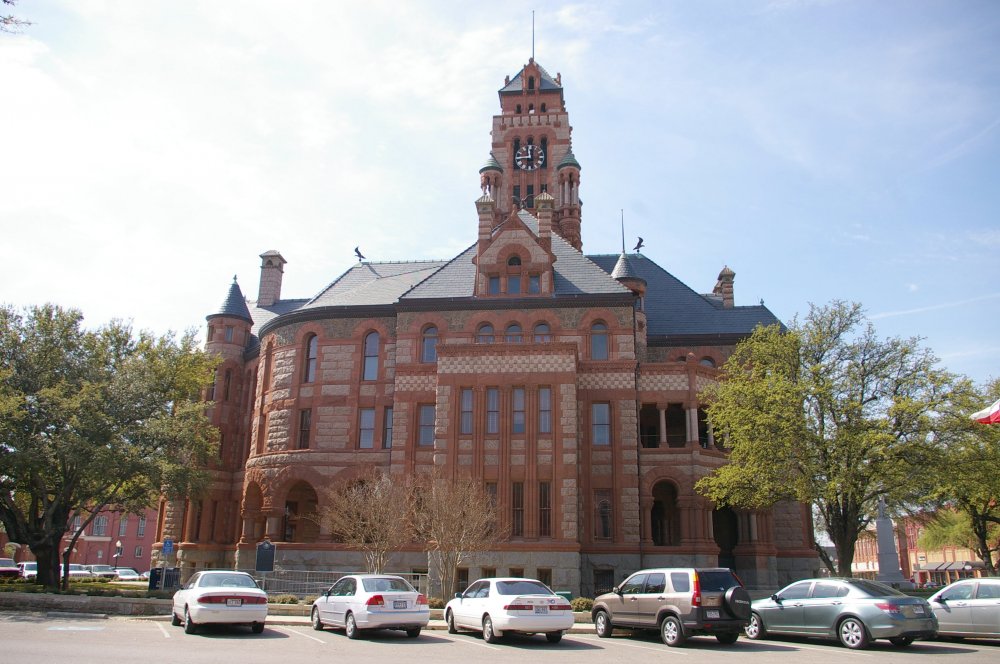 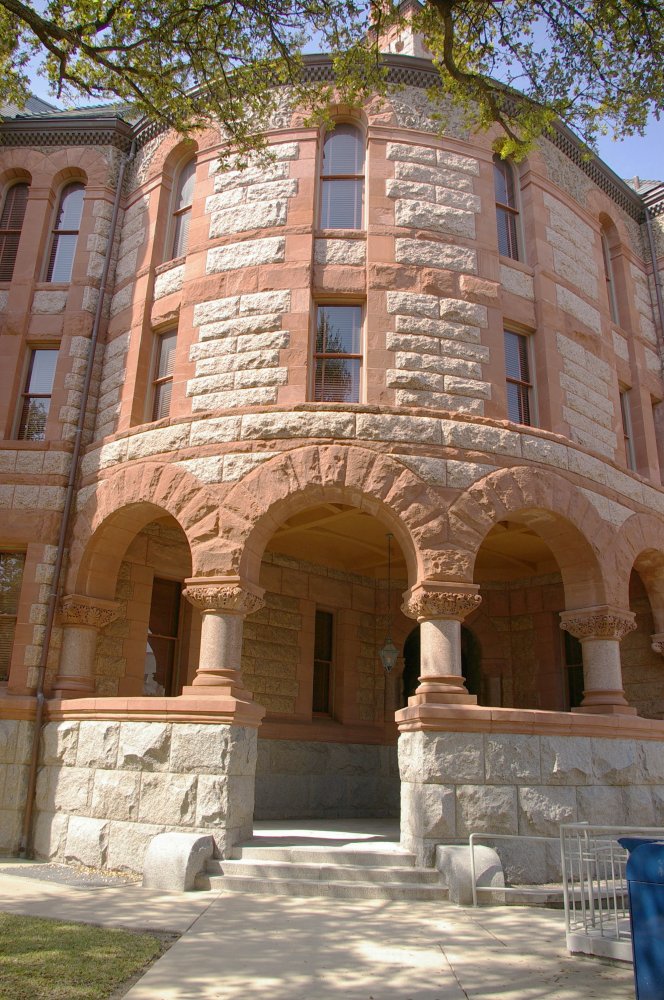 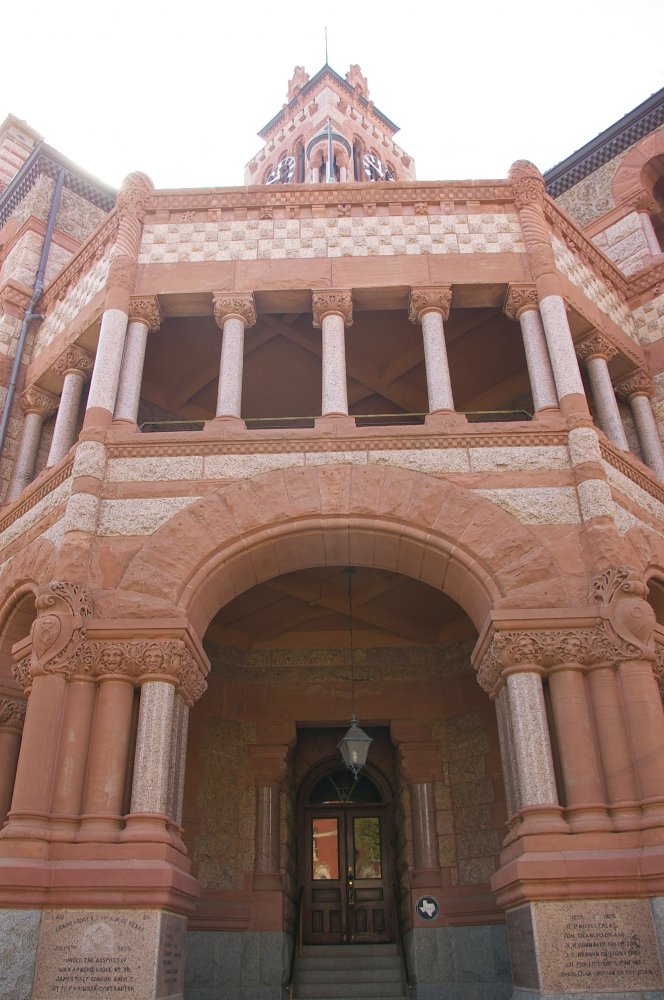 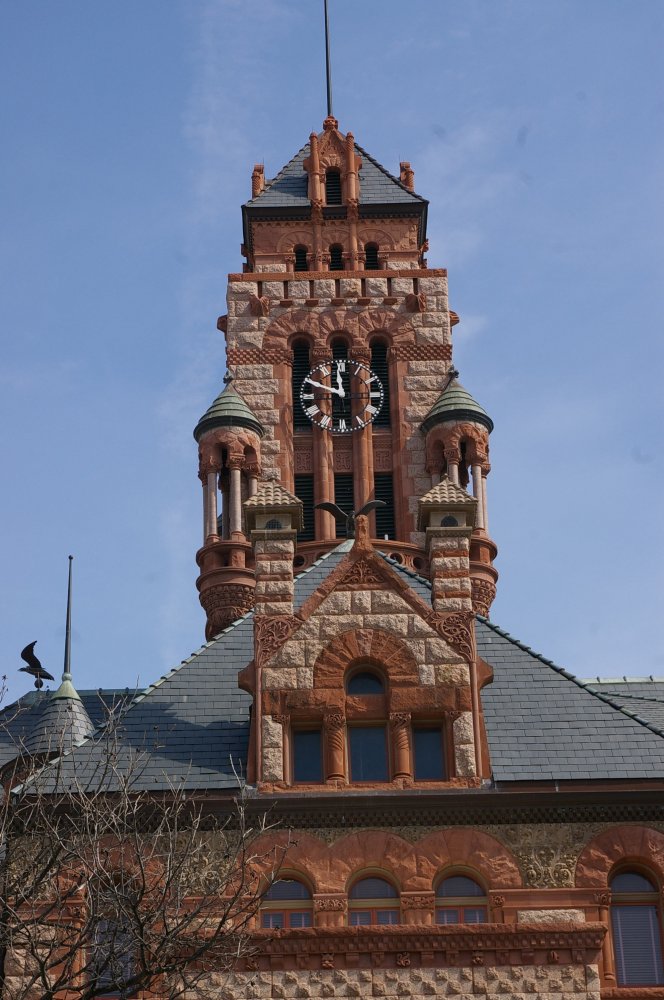 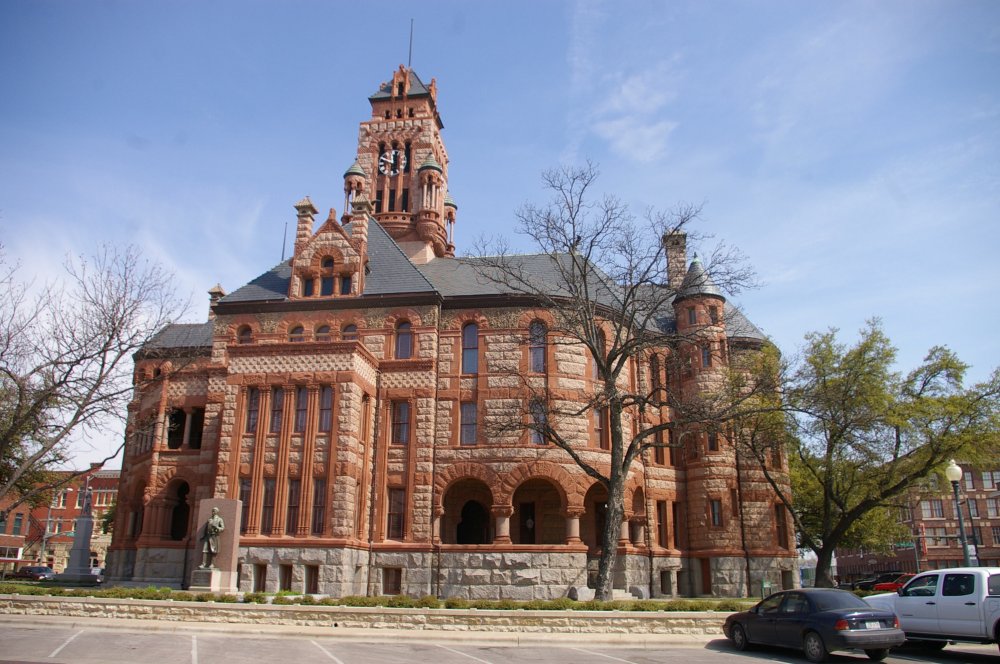 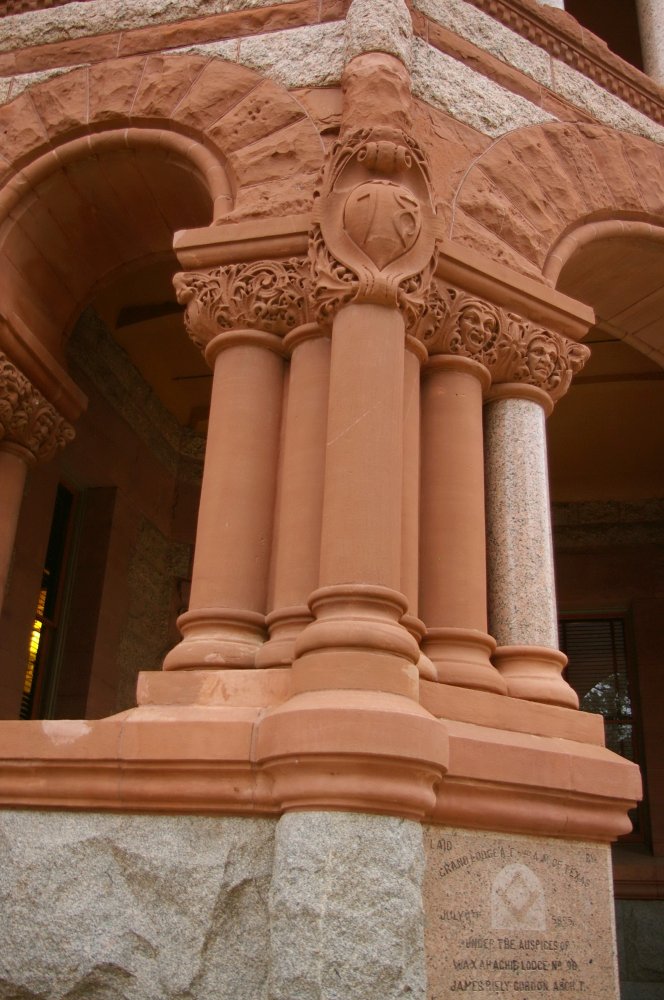 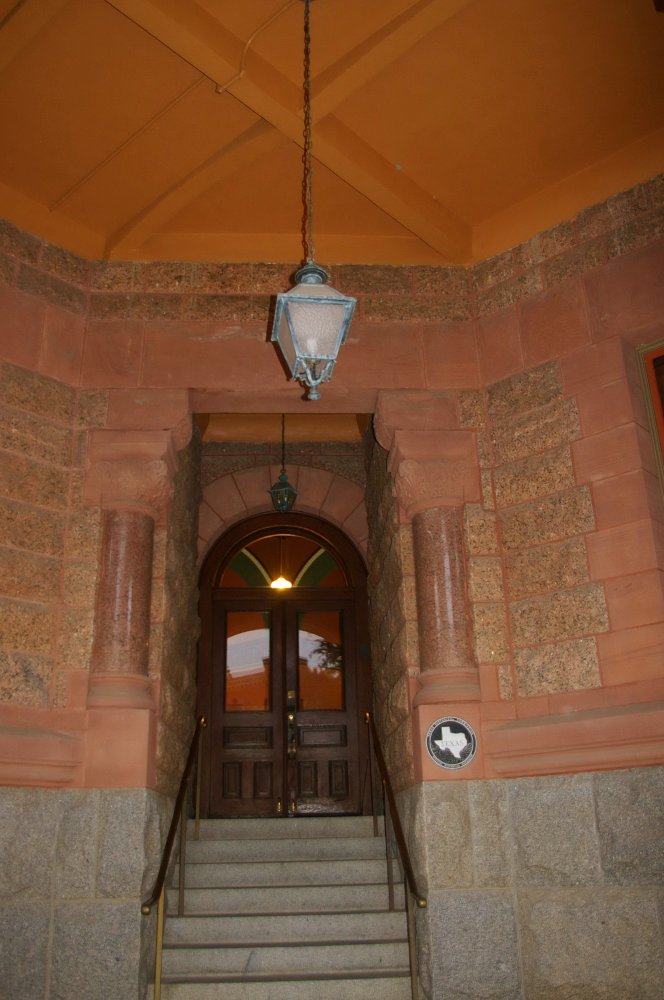 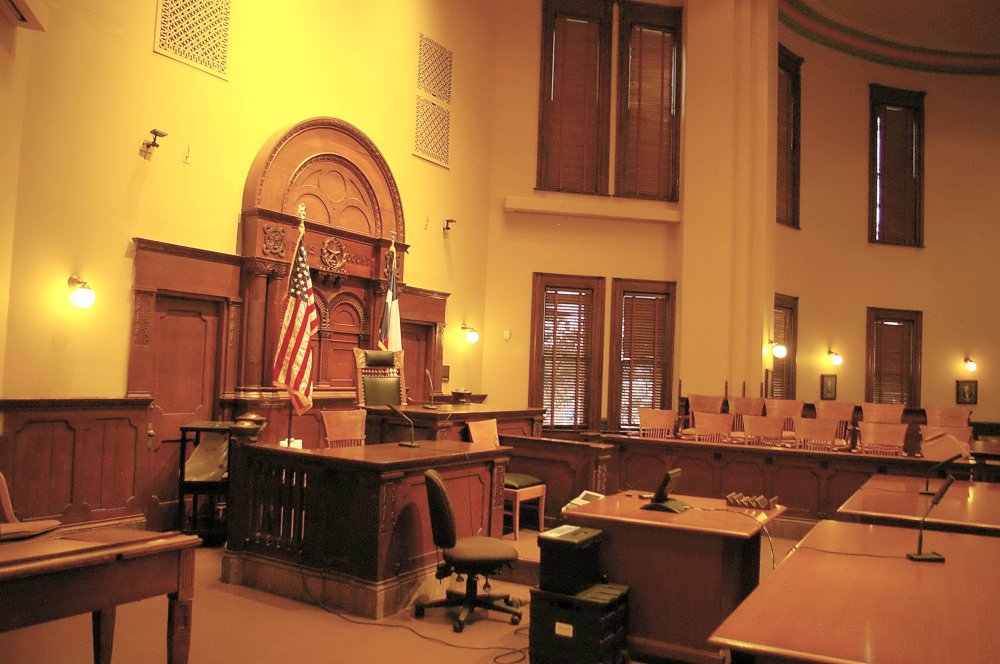 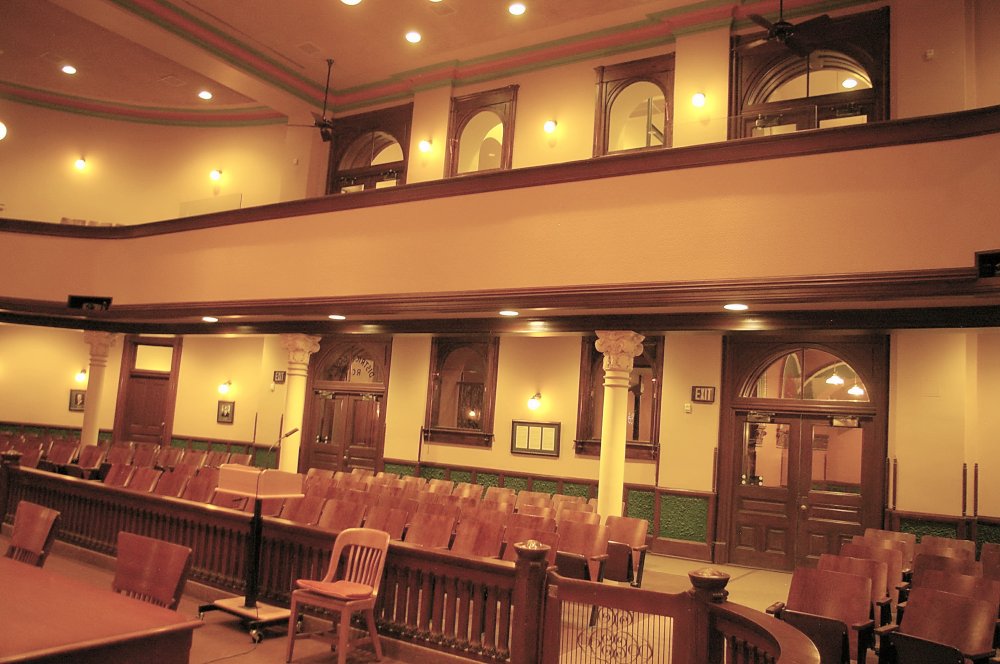 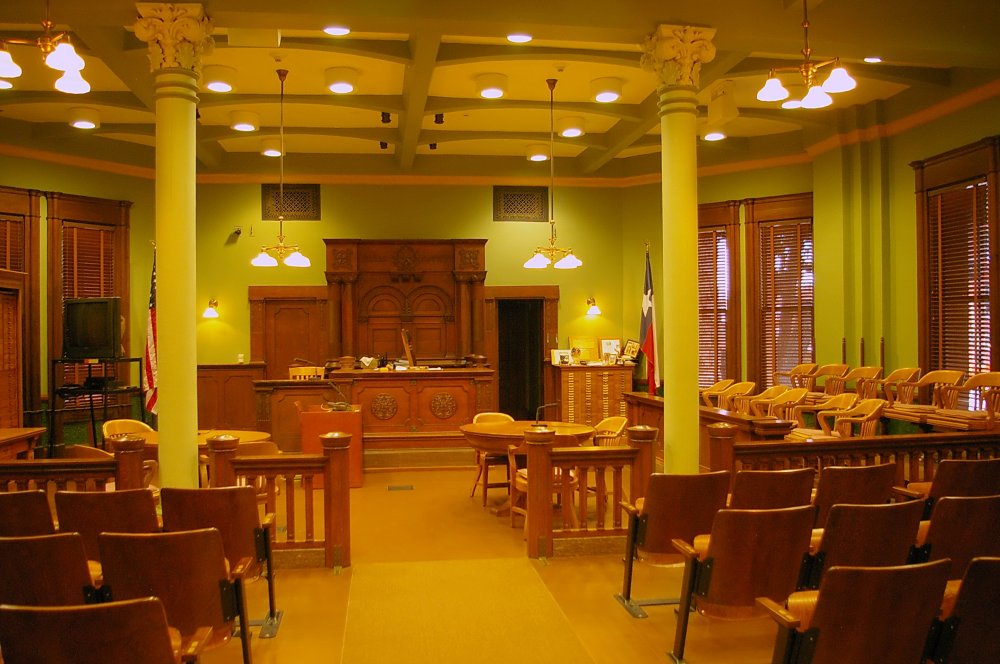 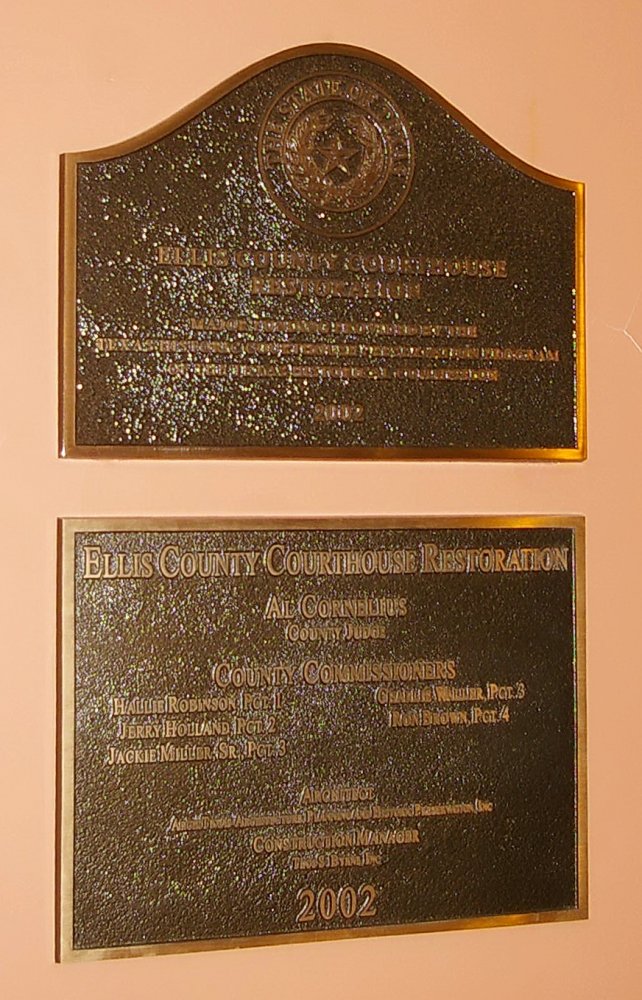