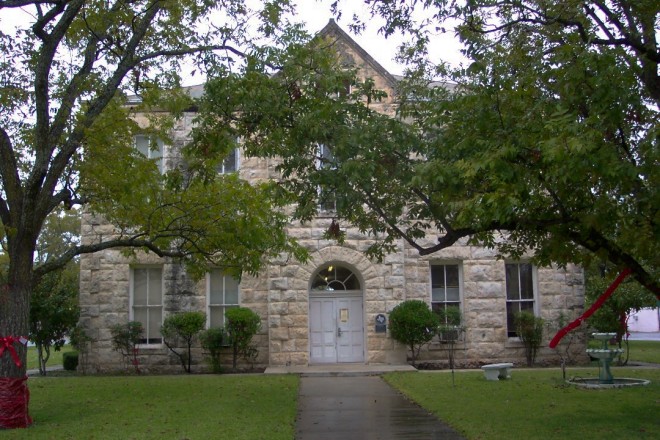 Edwards County is named for Hayden Edwards, who was one of the first American settlers of Nacogdoches. 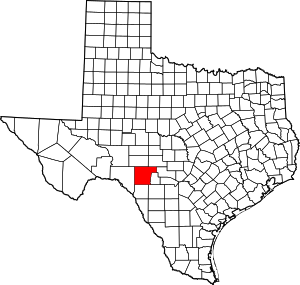 Description:  The building faces south and is a two story course cream colored limestone, wood and concrete structure.  The building is located on landscaped grounds in the center of Rocksprings. The limestone used to construct the courthouse came from a local Rocksprings quarry just east of the city limits. The south front has a protruding section with a stone arch around the entrance rising to a gable. The roof is hipped. In the interior, the large courtroom is located on the second story. The courtroom contains the original judge’s bench and balustrade. The building houses the State District Court, Constitutional County Court and County Justice Court. The building was renovated in 2012 to 2014. The architect was Stan Klein and the contractor was J C Stoddart Construction Company. On the northeast corner of courthouse square is the old two story stone County Jail.

Note:  Unlike many state courthouses constructed with specific designs for courtrooms and offices, designating the Edwards County courthouse rooms were left to commissioners. On May 11, 1892, Commissioner Court minutes recorded the office assignments: “the southwest room is the County and District Clerk’s room, the southeast room is the County Judge’s Office, the northeast room is for the Sherriff’s Office, and the northwest to be used as County Surveyor’s, County Treasurer’s and Assessor’s office. The small southeast room on the second story is designated as the Grand Jury Room and the other small northeast room is to be used by the Petit Jury room and the large room to be used as the courtroom.” 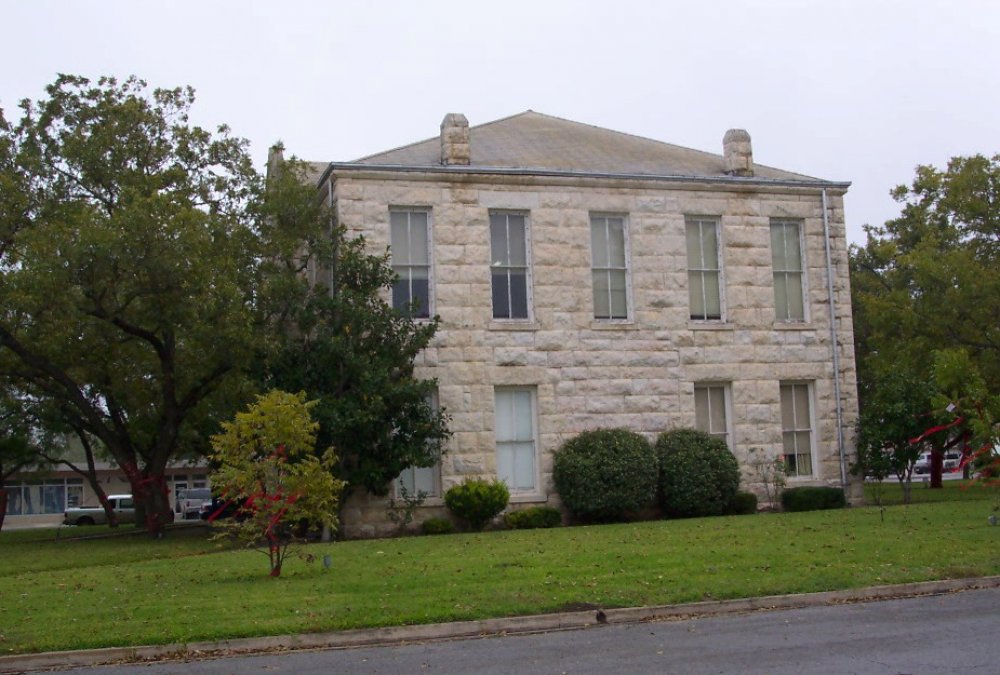 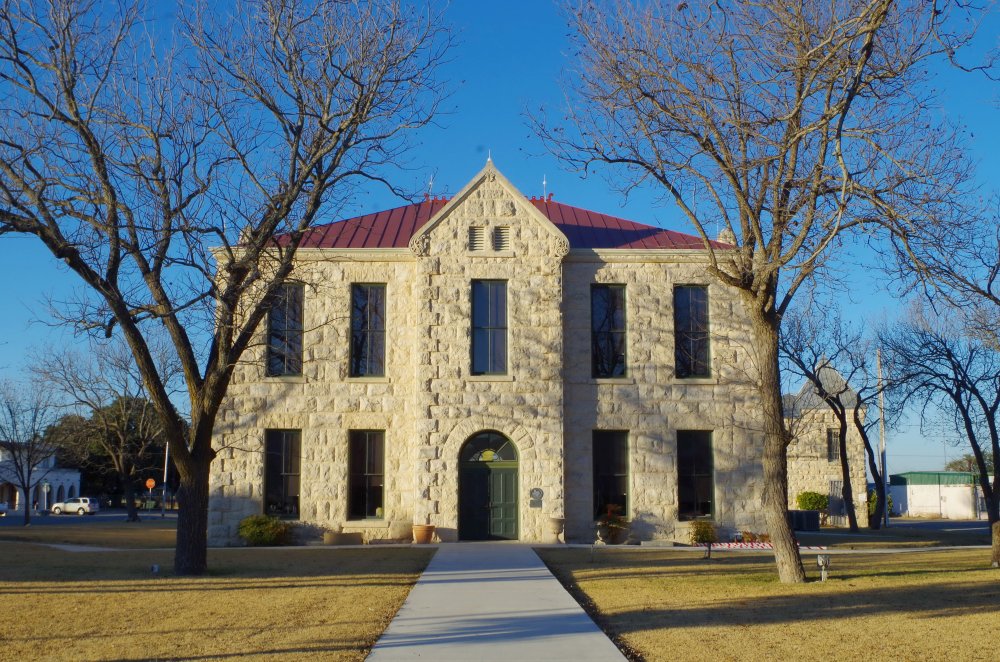 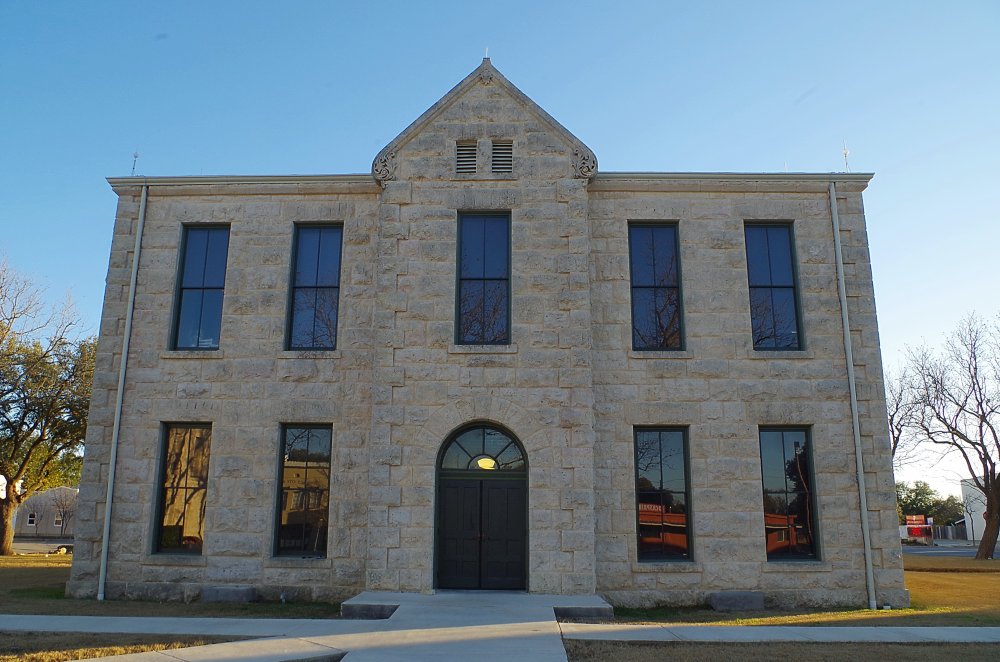 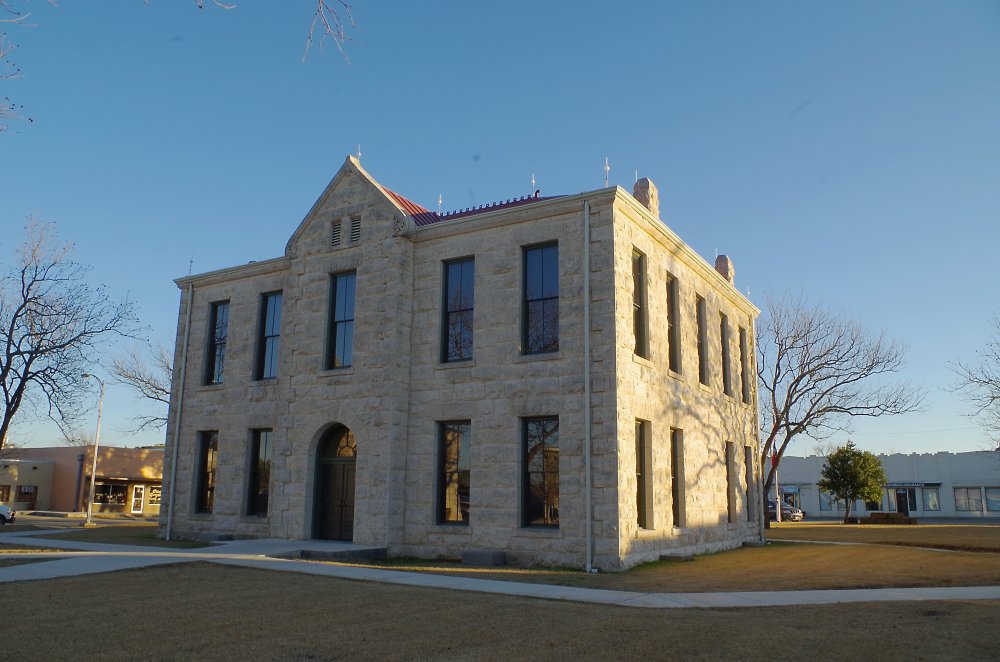 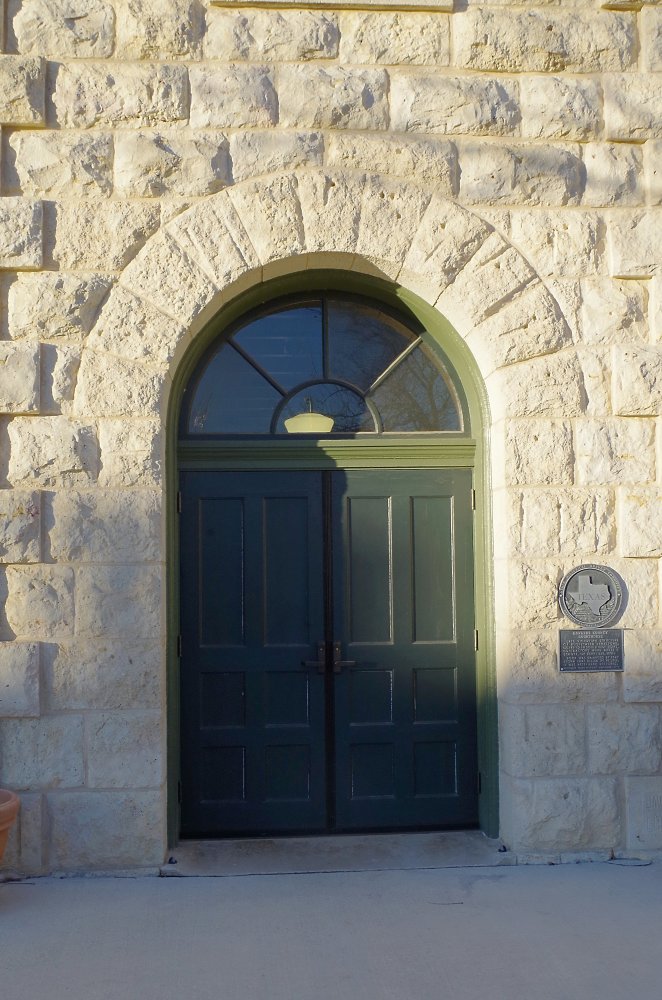 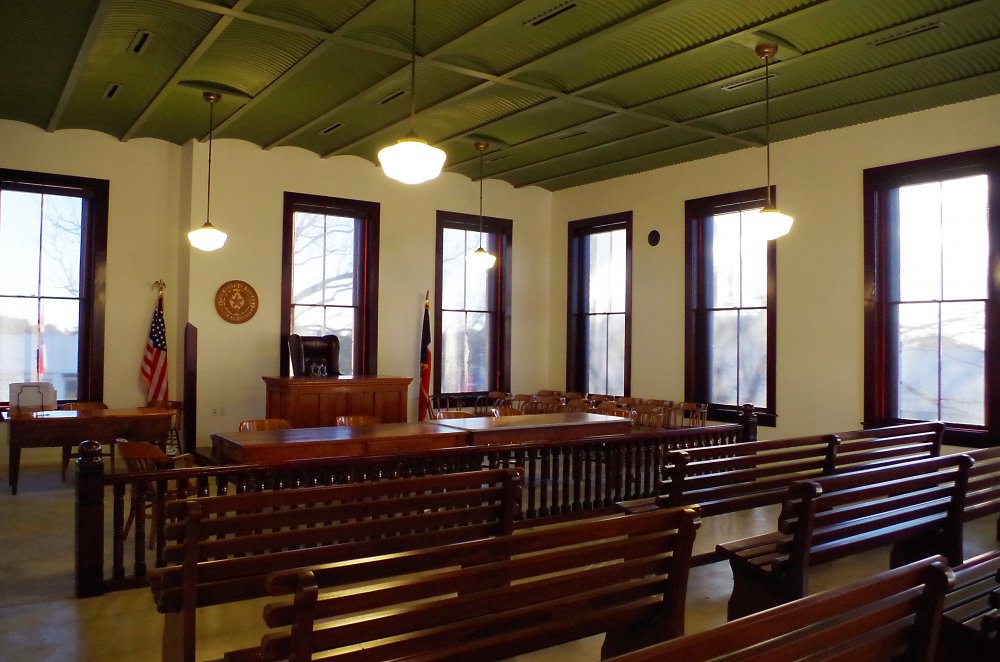 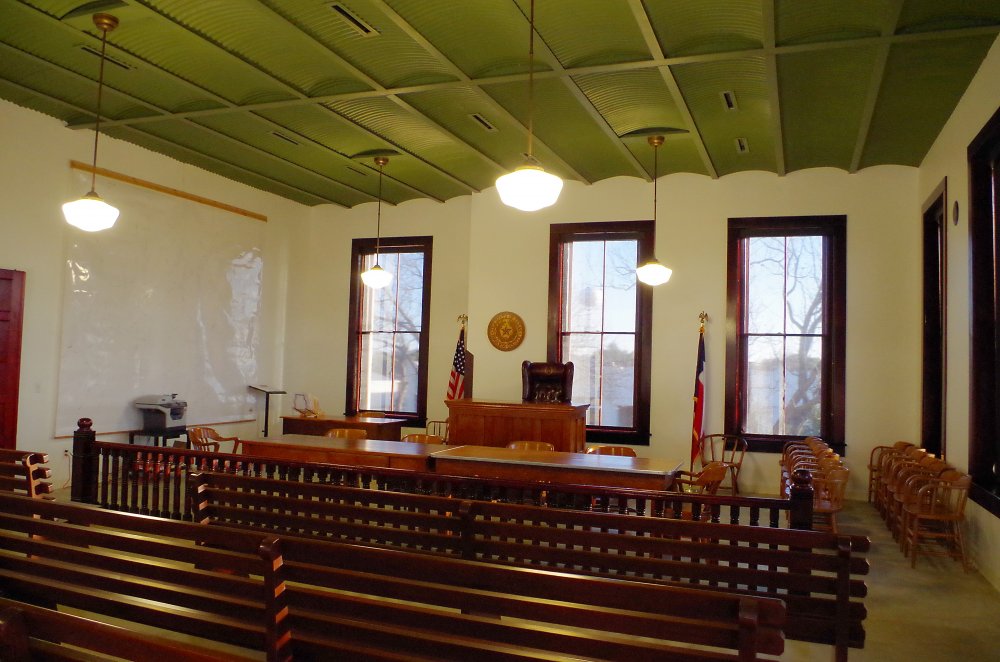 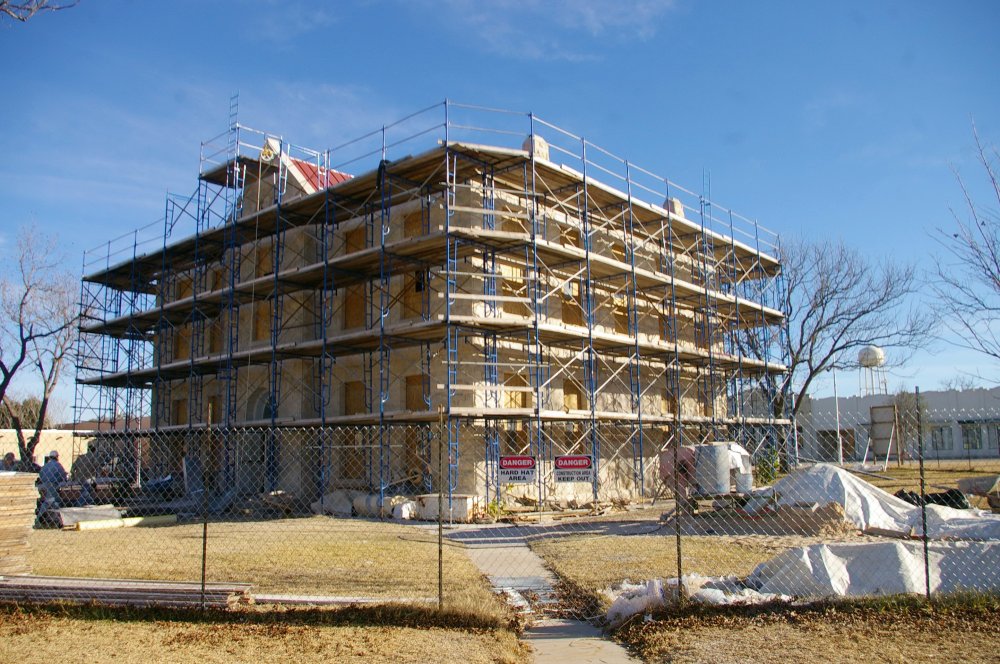 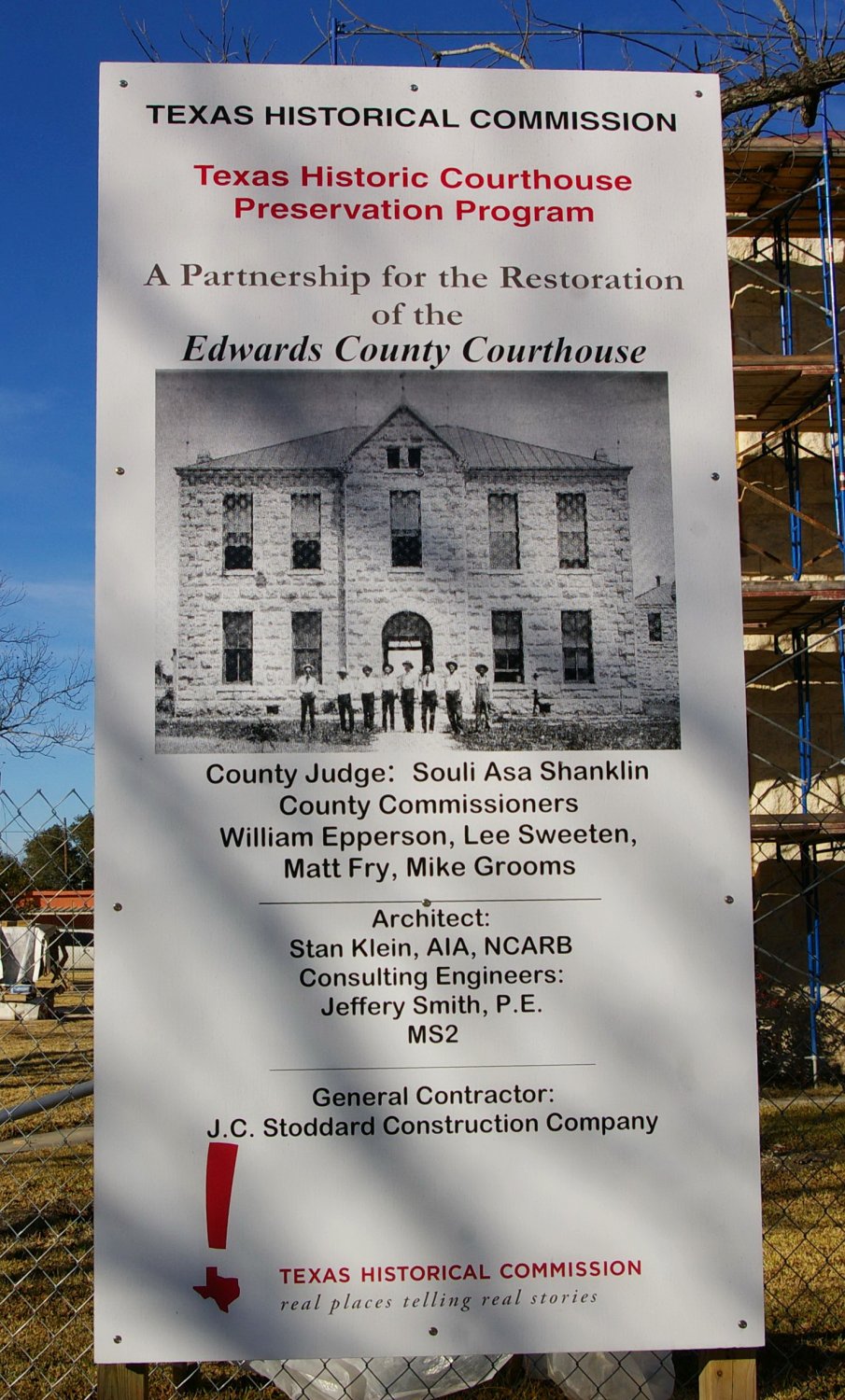 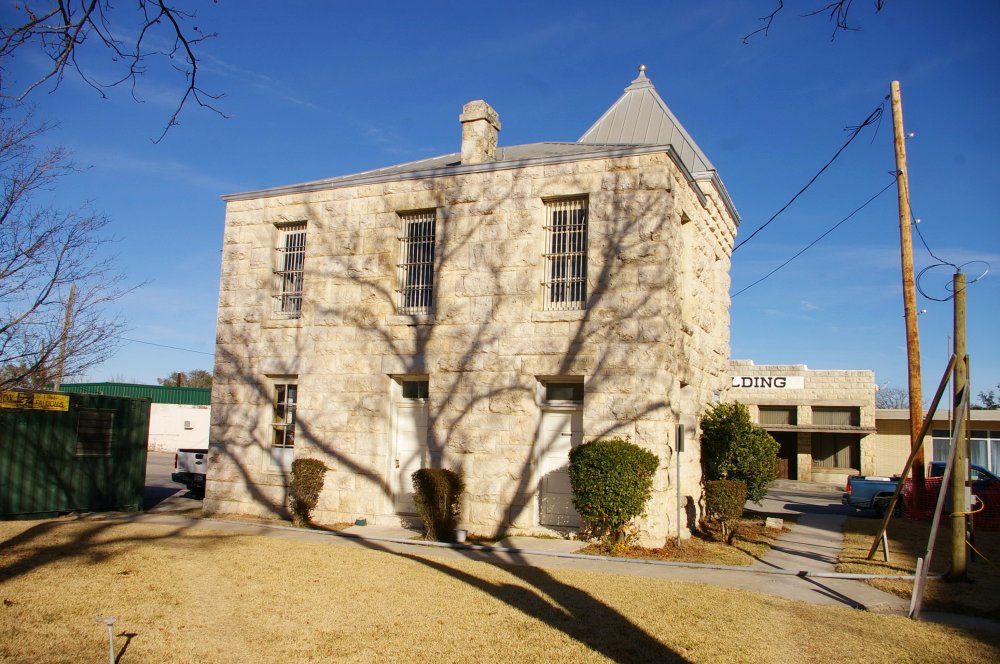 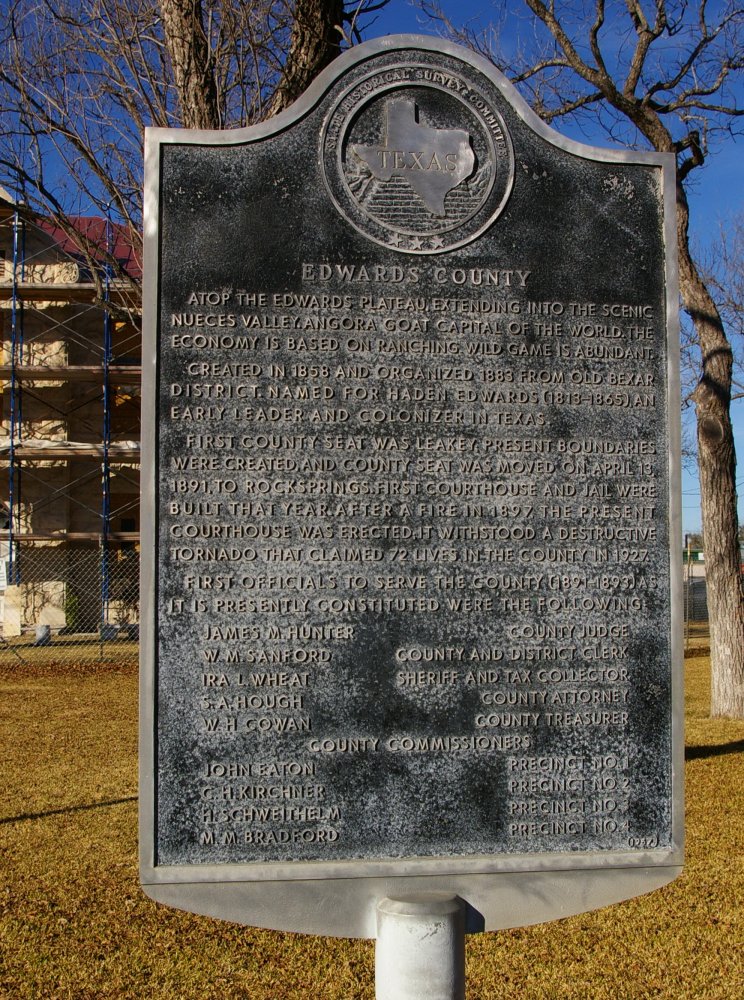