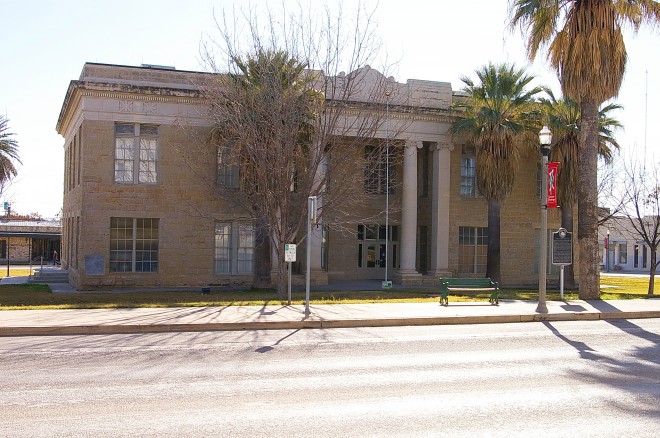 Dimmit County is named for Philip Dimmitt, who was a major figure in the Texas Revolution.

Description:  The building faces east and is a one story yellowish colored course sandstone and concrete structure. The building is located on landscaped grounds in the center of Carrizo Springs. The building was originally an Italianate style structure but was remodeled in 1927 when the second story was removed. The east front has a large portico supported by two large round columns and two large square columns with a wide white colored stone header on top. A protruding stone cornice runs below the roofline. In the interior, the courtroom is located on the north side of the second story. The building houses the State District Court, Constitutional County Court and County Justice Court. The building was remodeled and enlarged in 1925 and completed in 1927. The architect was Henry Truman Phelps of San Antonio and the contractor was San Antonio Construction Company. The building was renovated in 2002 to 2004. The architect was Frank Architects Inc. of Laredo and the contractor was Stoddard Construction of San Antonio.

Note:  The architect, J C Breeding & Sons of San Antonio may have used the plans of architect Alfred Giles who had submitted plans earlier.

Description:  The building faces north and is a three story brown and light brown colored siding, glass and concrete structure. The building is located on landscaped grounds in the center of Carrizo Springs. The roof line is flat. . 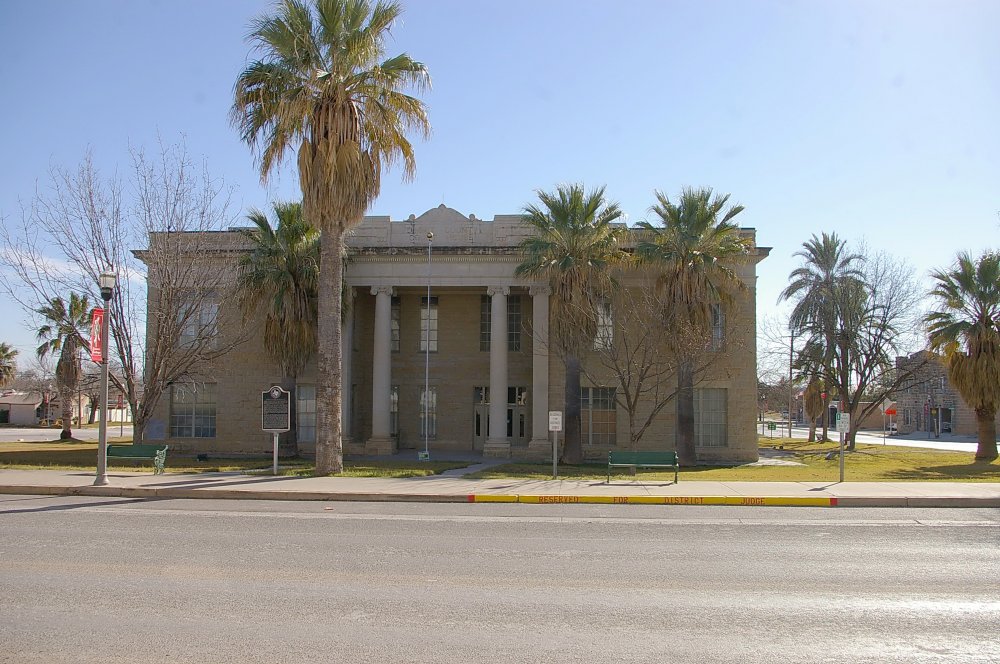 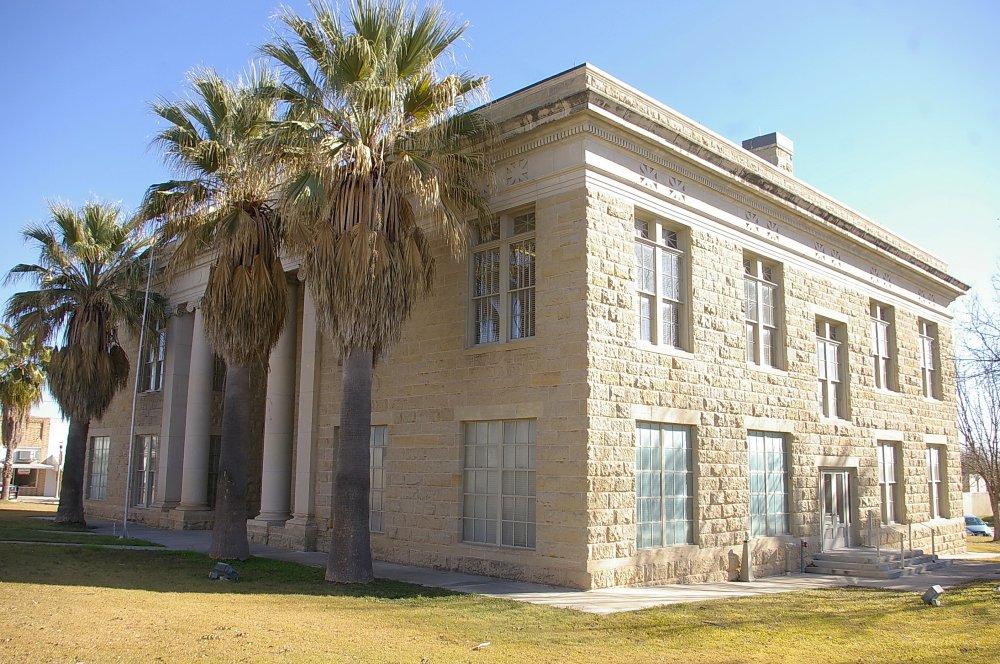 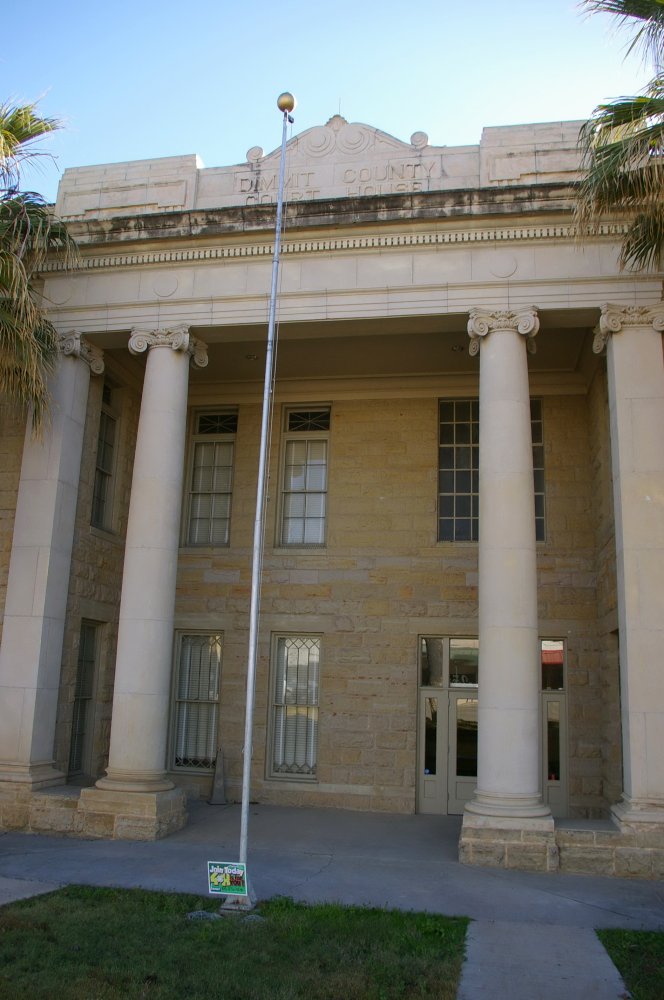 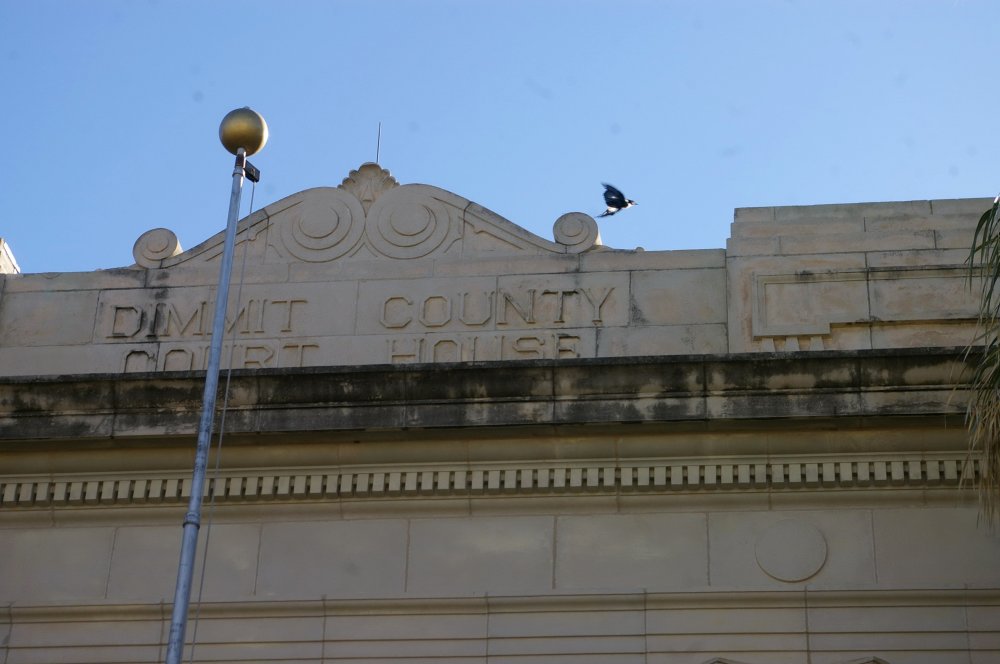 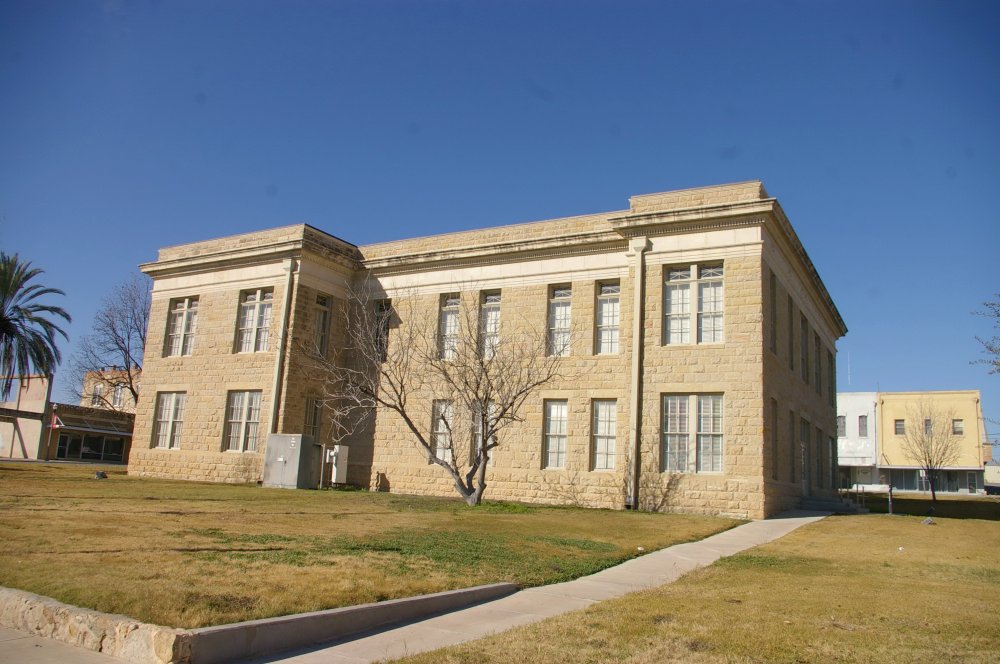 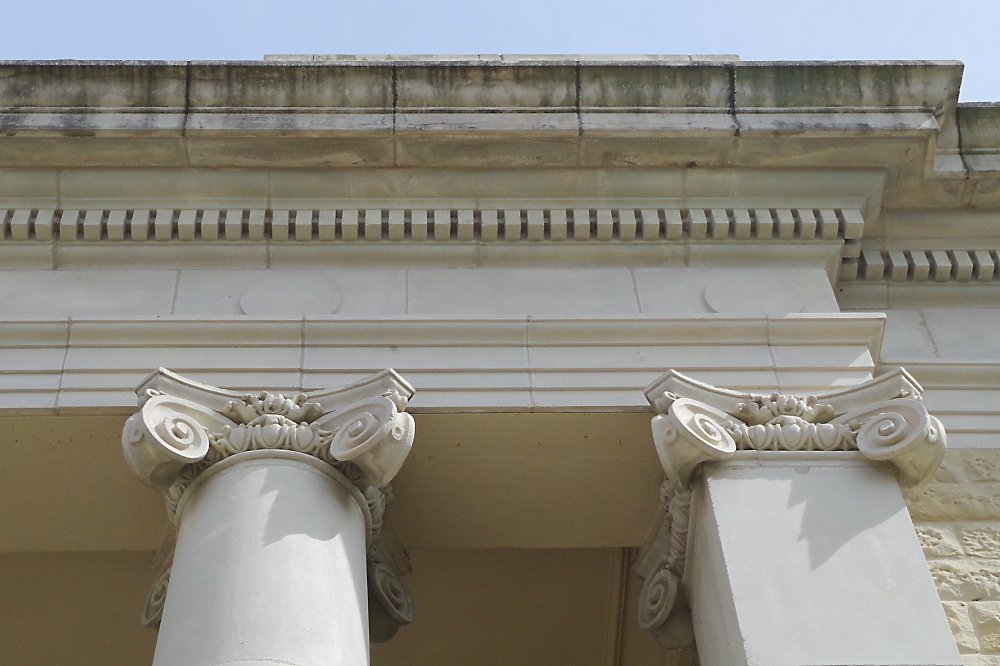 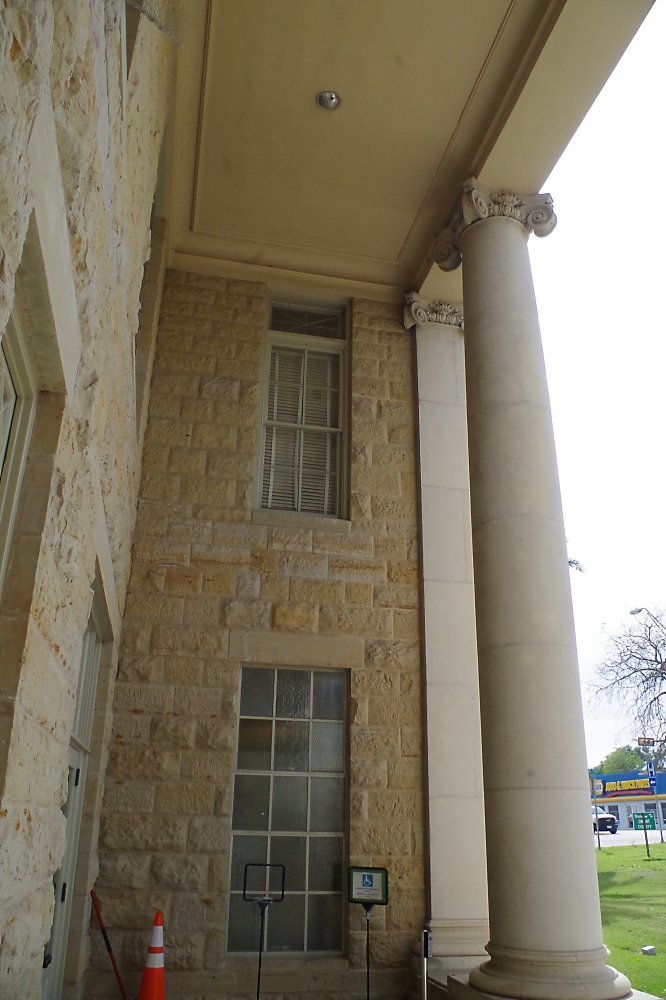 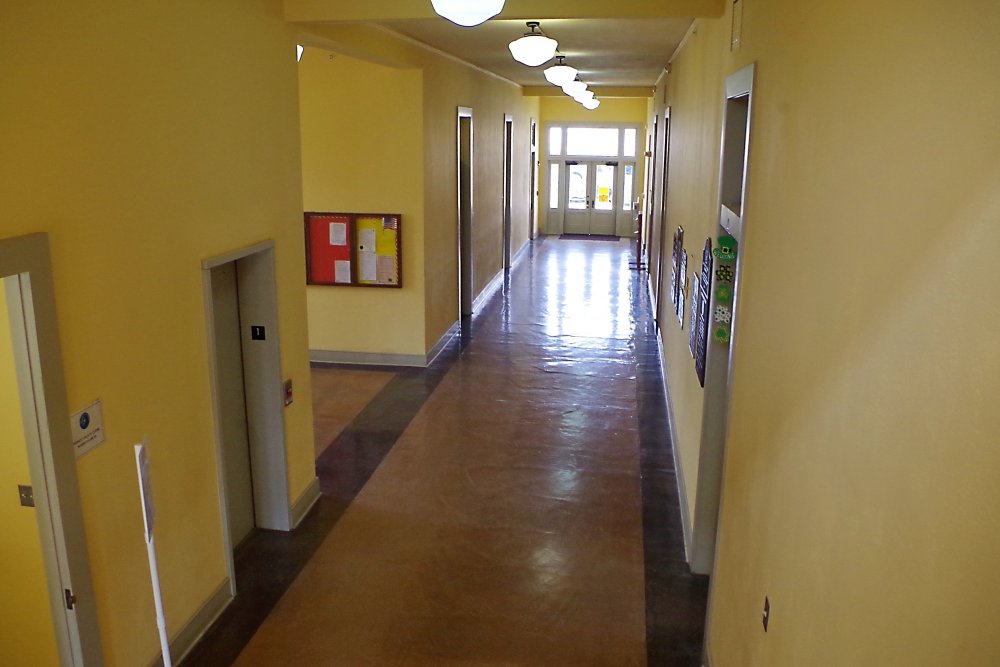 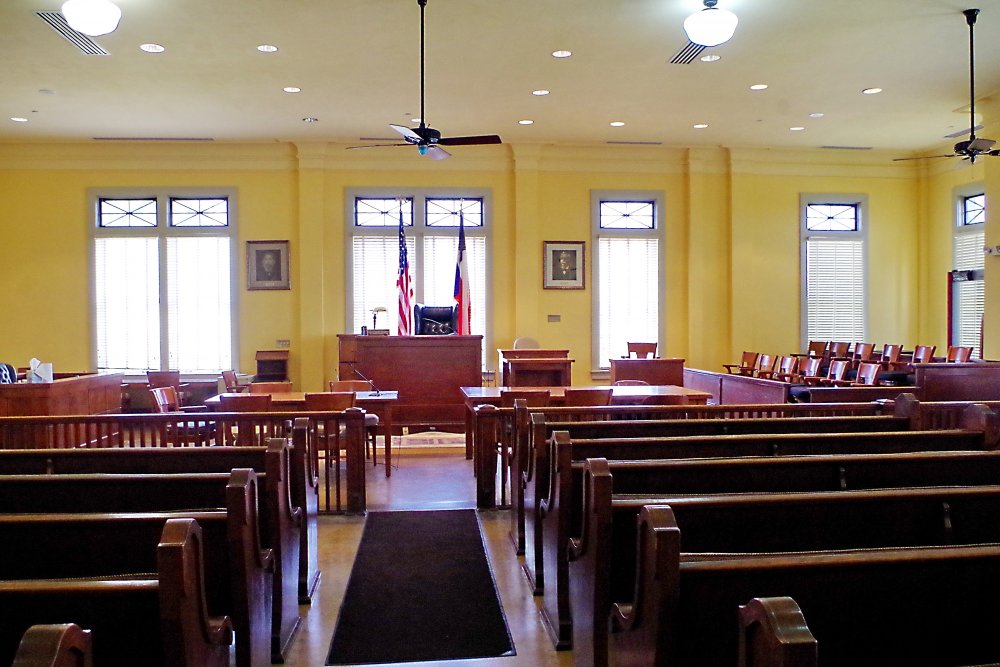 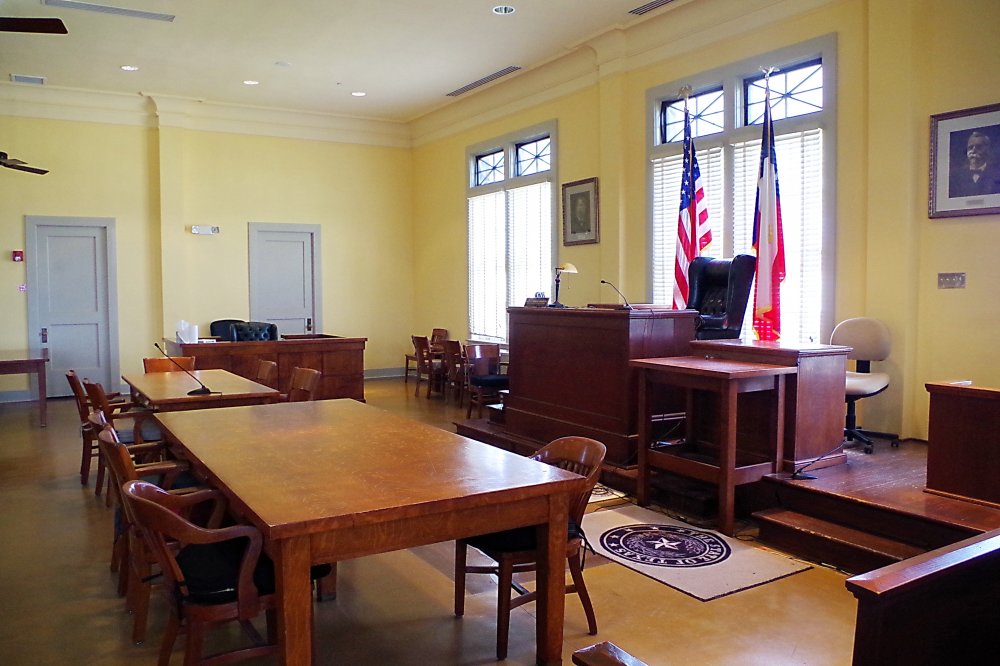 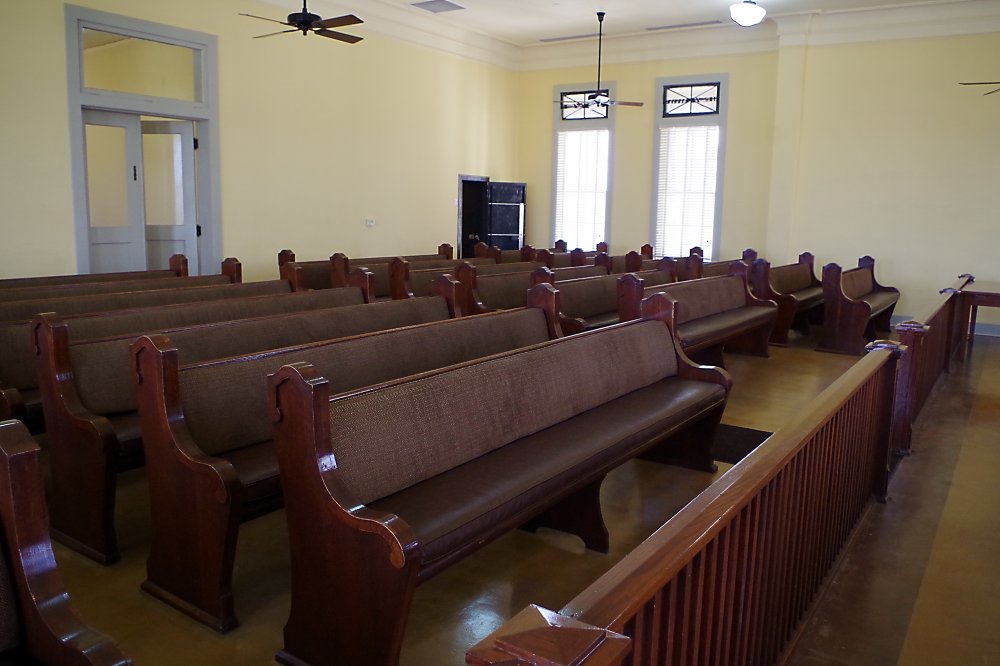 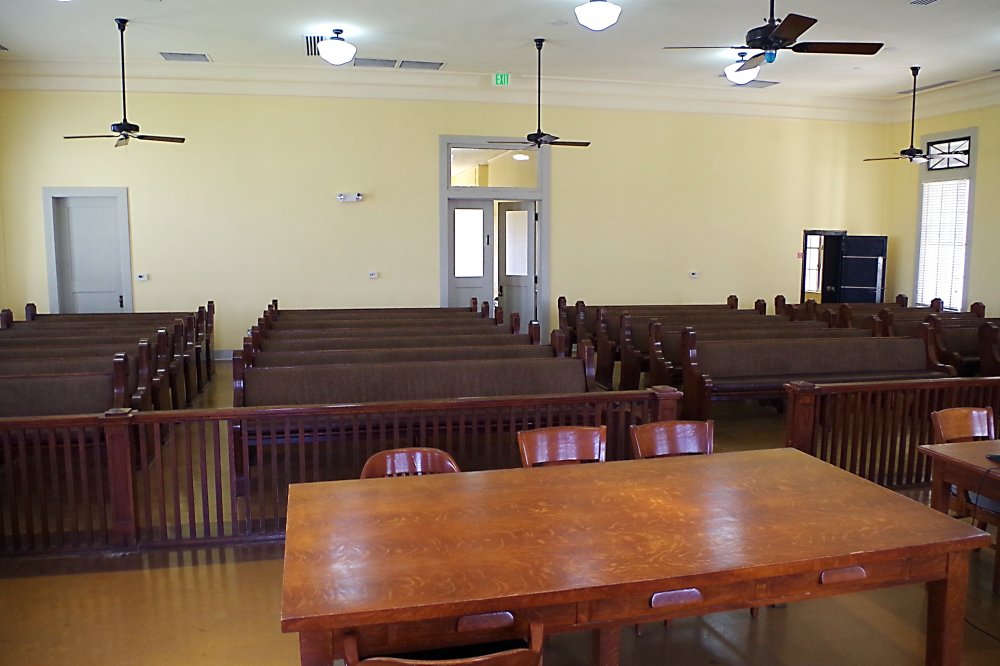 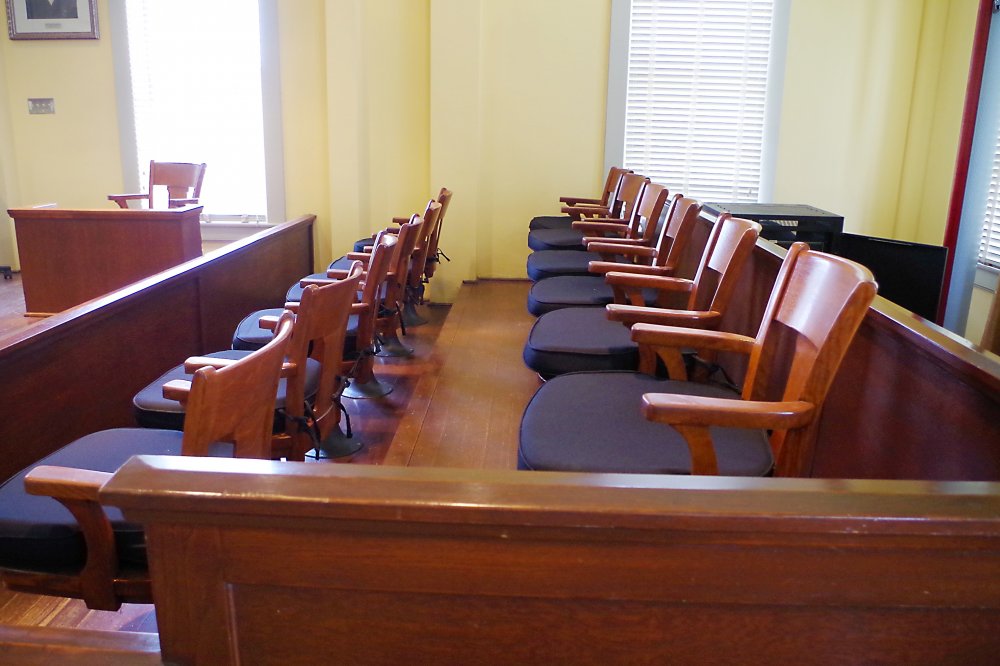 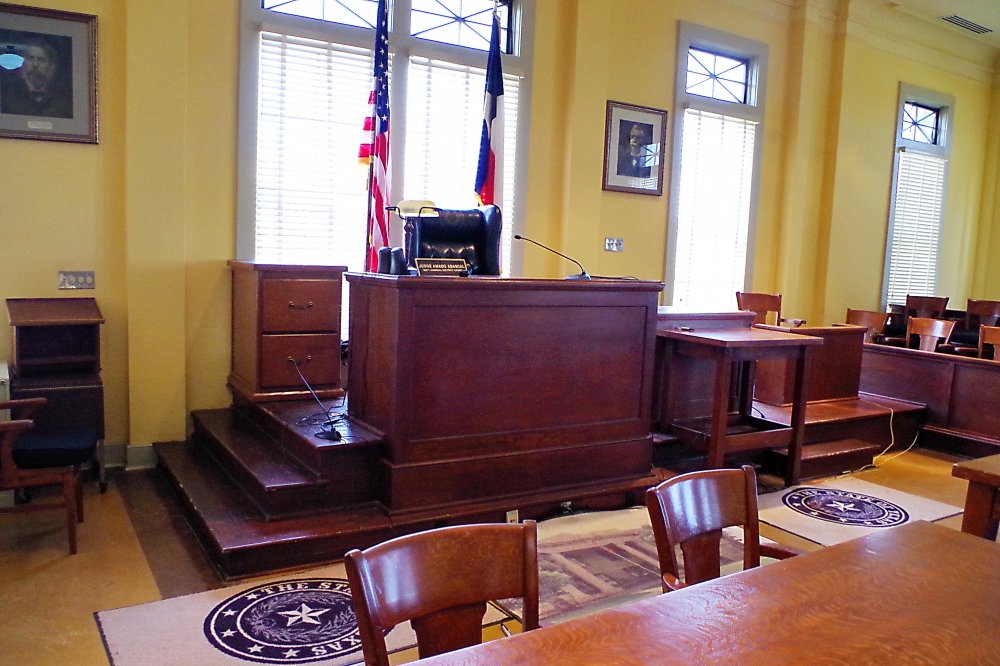