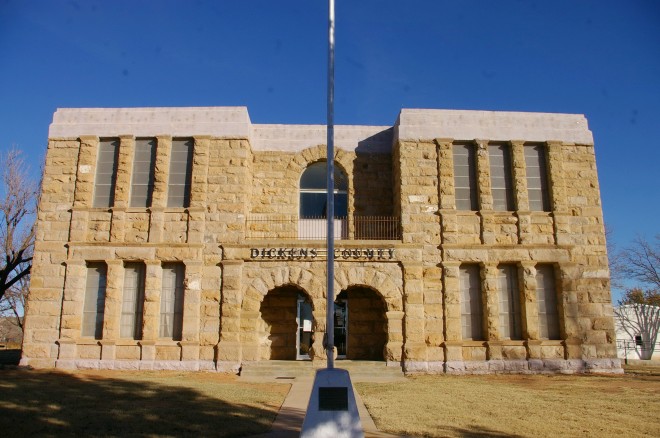 Dickens County is named for J Dickens, who died at the Battle of the Alamo

Description:  The building faces west and is a two story buff colored course stone structure. The building is located on spacious grounds in the center of Dickens. The west front has a central entrance with two large arches and recessed entrance on the first story. Above the porch is a recessed section with large arched window. The windows are narrow and vertical. The roof line is flat with a wide concrete band. The former courtroom was located on the second story.  In 1936, the building was remodeled an addition added and the central tower removed by Nugent Construction Company of Spur.

Note:  The stone used in the construction of the courthouse was brought from a quarry two miles northwest. The building originally had a central tower with domed cupola. 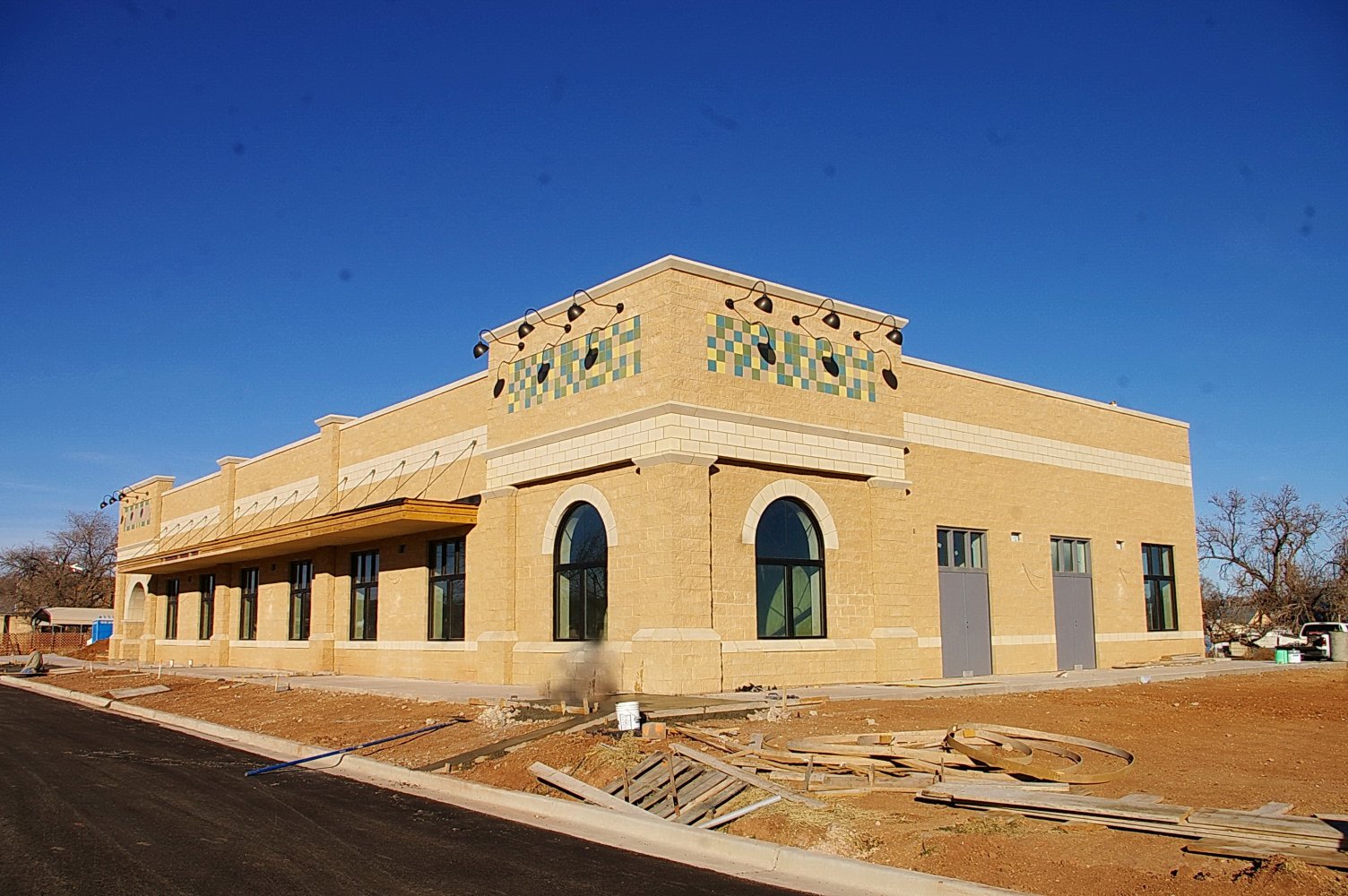 Architect:  Komatsu Architecture of Fort Worth

Description:  The building faces west and is a one story buff colored brick and concrete structure. The building is located on the east side of the courthouse in the center of Dickens to the east of the courthouse. The entrance is located at the northwest corner with a recessed doorway and two large arches. The southwest corner has an arched windows. The roof line is flat. The building houses the State District Court, Constitutional County Court and County Justice Court. 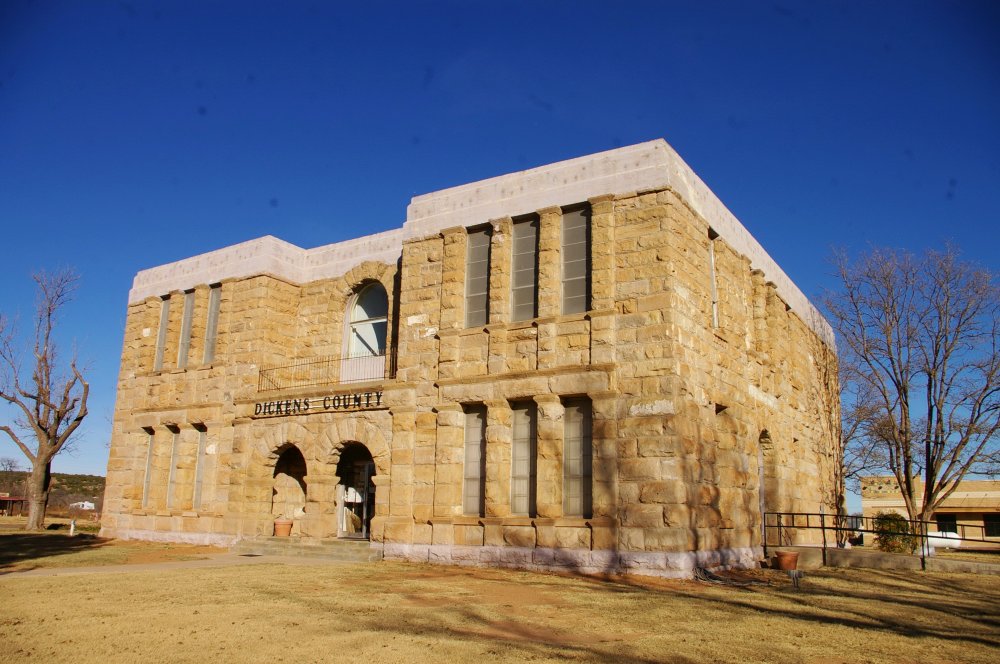 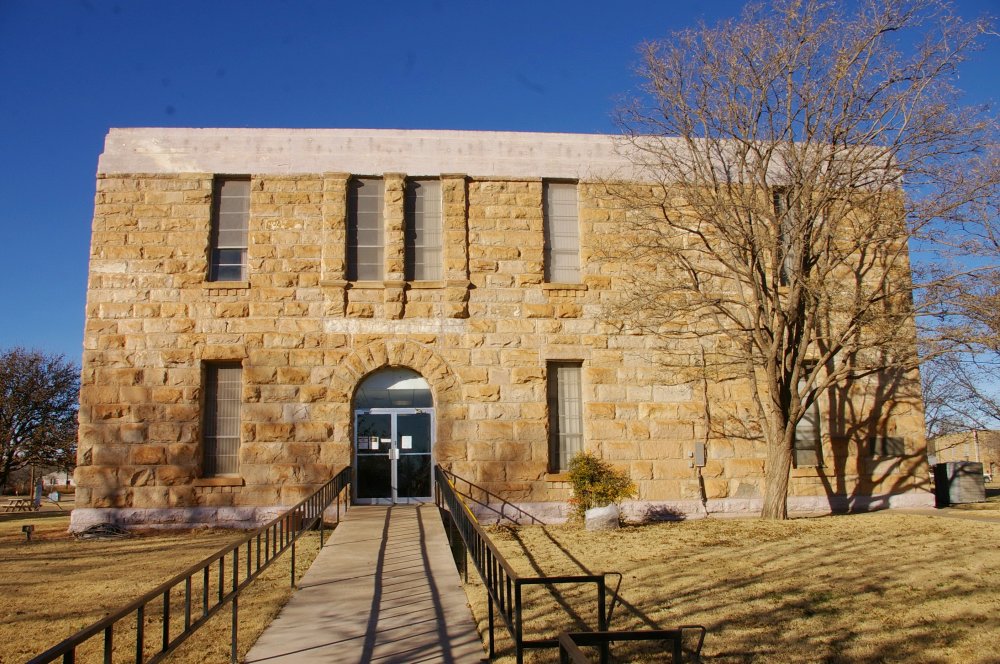 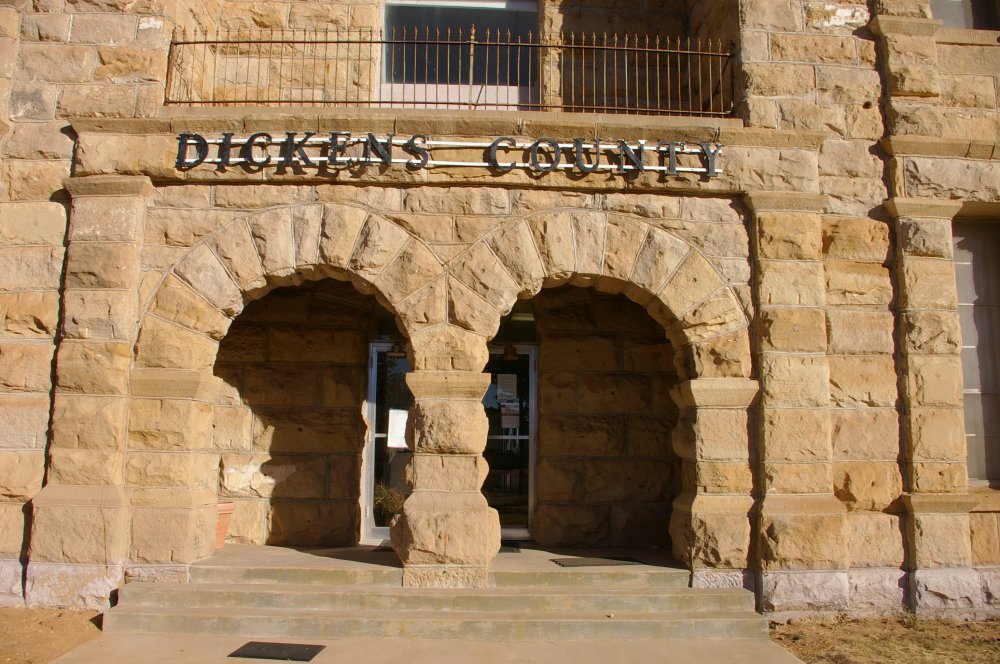 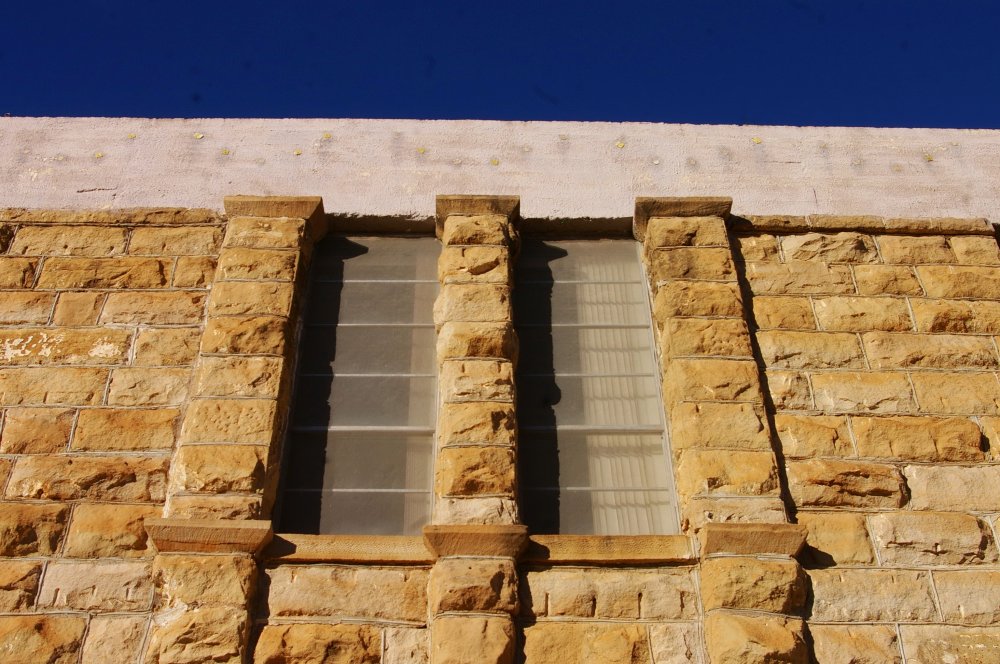 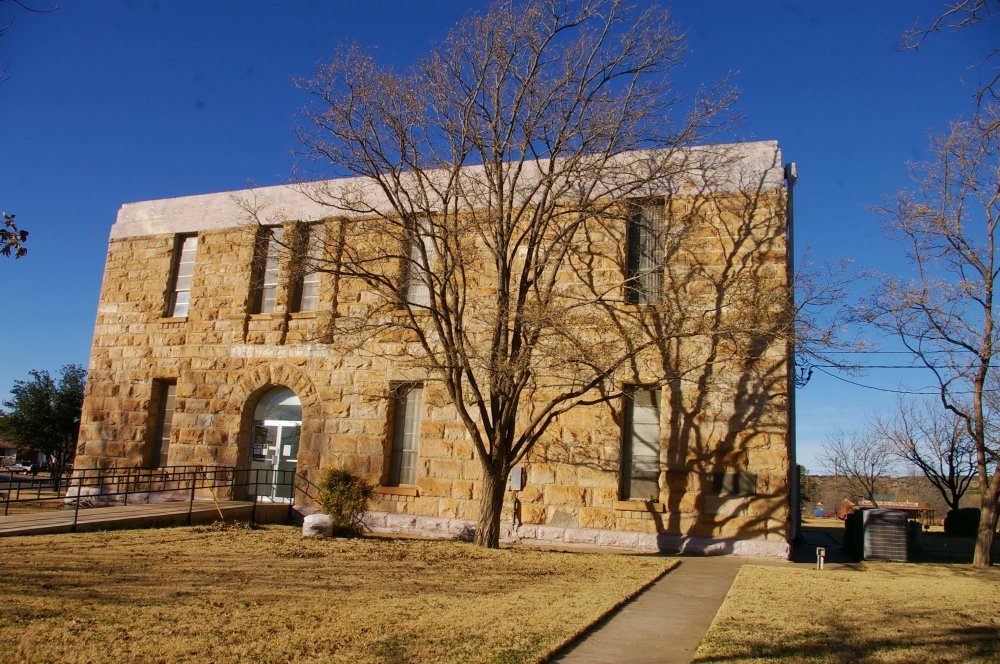 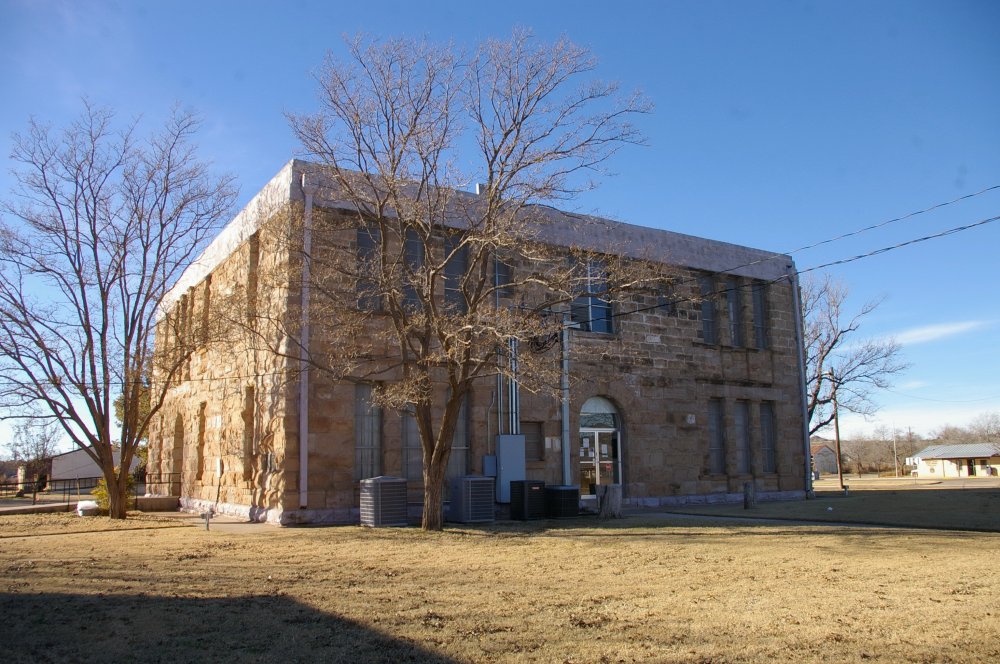 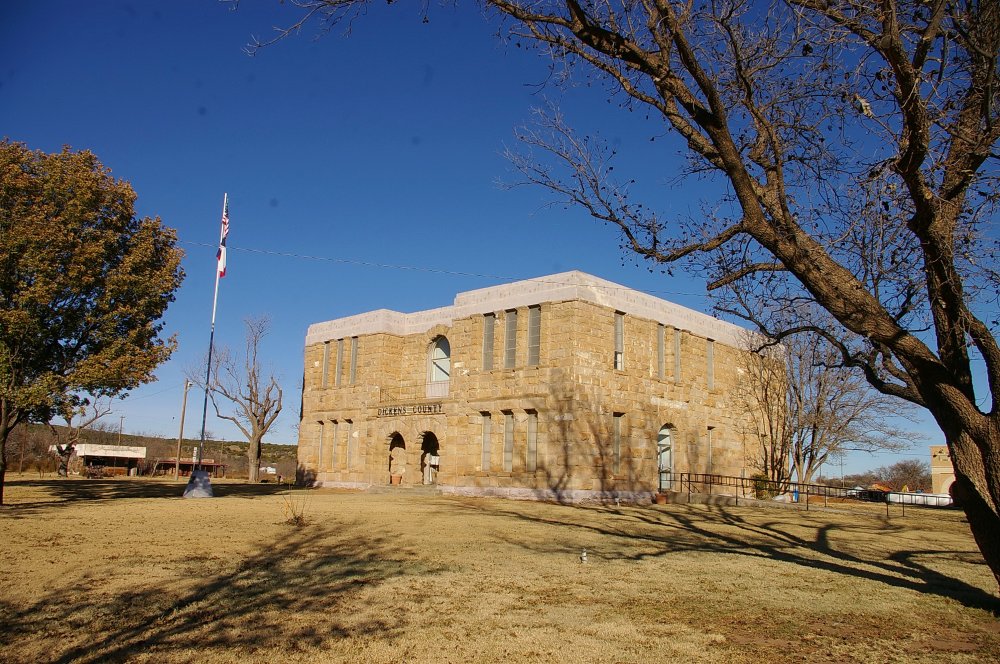 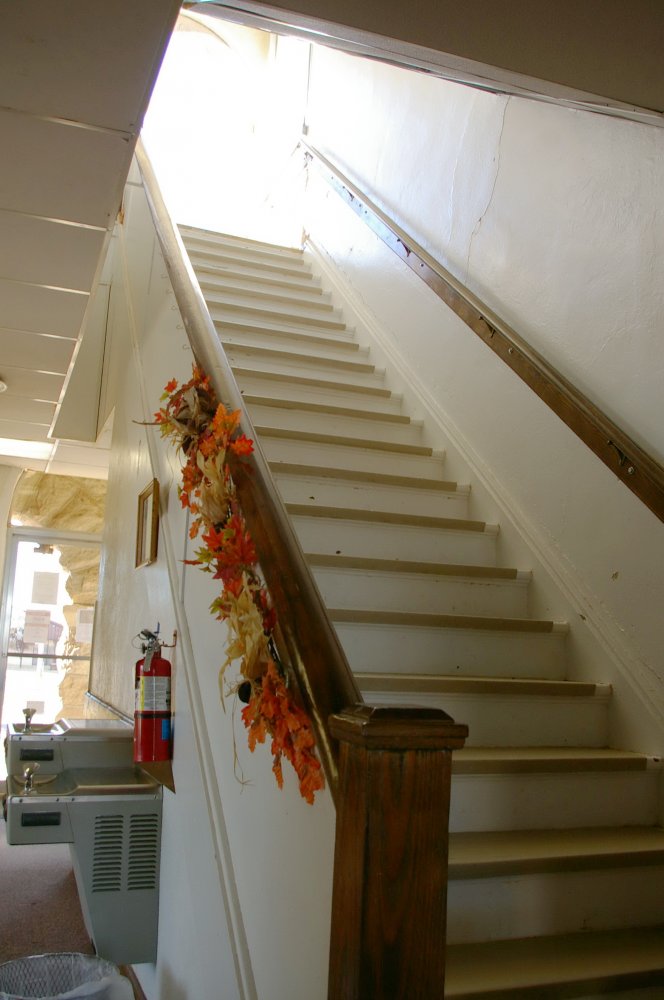