DeWitt County is named for Green DeWitt, who founded an early colony in Texas. 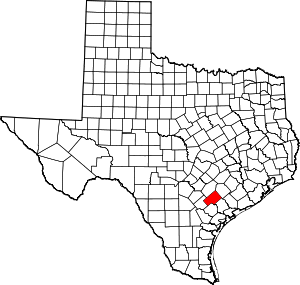 Description:  The building faces northwest and is a three story brown colored sandstone and pink colored granite structure. The building is located on spacious landscaped grounds in the center of Cuero. The northwest front has a high central clock tower rising seven stories with arched recessed entrance on the first story, windows on the second to fourth stories and clock and steep roof at the top. The building has large square towers at each corner with steep roof. There is red colored stone trim. The roof is hipped. In the interior, there is Victorian ornamentation, iron stairs with decorative railings and halls with elaborate woodwork lining the halls. The courtroom is located on the second story and rises into the third story with a balcony at the rear. The building houses the State District Court and Constitutional County Court. During construct, the superintendent was P Heleig. The building was remodeled in 1956 to 1957. The architect was Ralph H Cameron and the contractor was Guido Brothers Construction Company. The building was restored in 2007. The architect was TWC Architects and the contractor was J T Michel, Ltd.

Note:  The brown sandstone and pink granite was quarried from near Mable Falls. One of the balusters on the second floor balcony above the Gonzales Street entrance is upside down. The workers noticed it, but they thought that no one else would.

Note:  Initially, the tower and the corner roofs were topped with fluted finials. At night on the lighted face of the clock on the north appeared the shadow of a full-skirted woman moving back and forth. No one knew who she was or why she was pacing. Some figured she was the ghost of a lady who had died waiting for her boyfriend to return. Her spirit then flew up to the courthouse clock. Thirty years later, one of the four lower finials fell. Officials feared someone might be killed if others fell, so all the ornaments were removed. Legend has it that the lady in the clock had something to do with it, for right after that, she was gone forever. 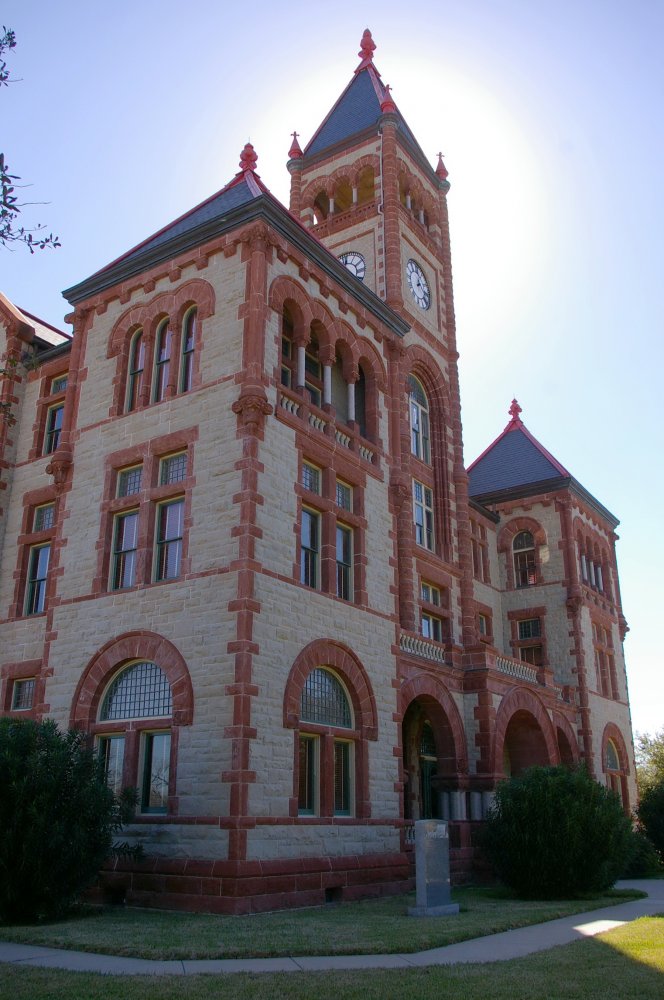 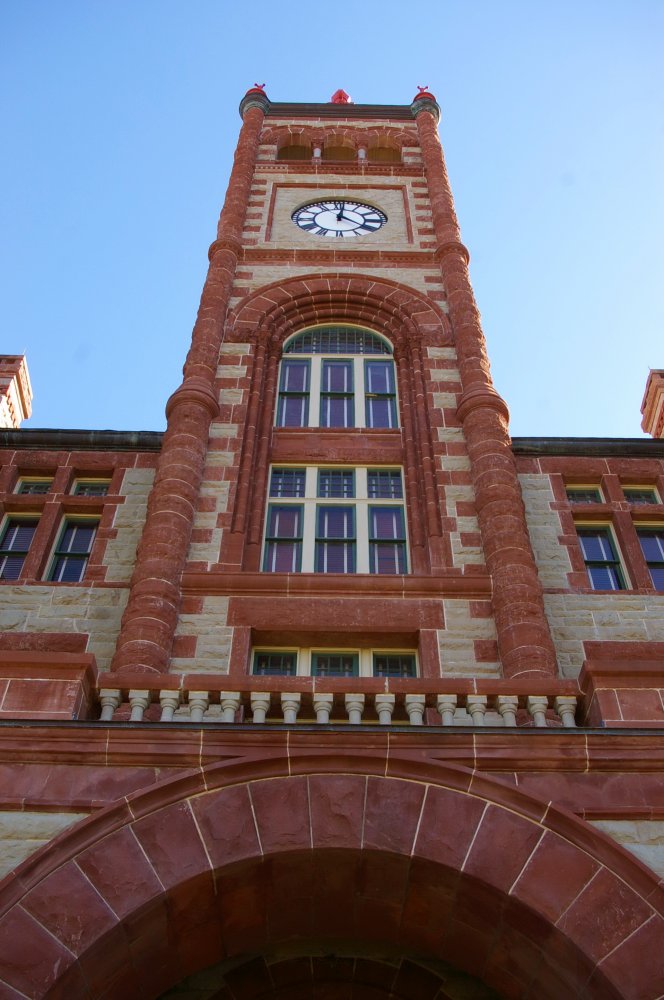 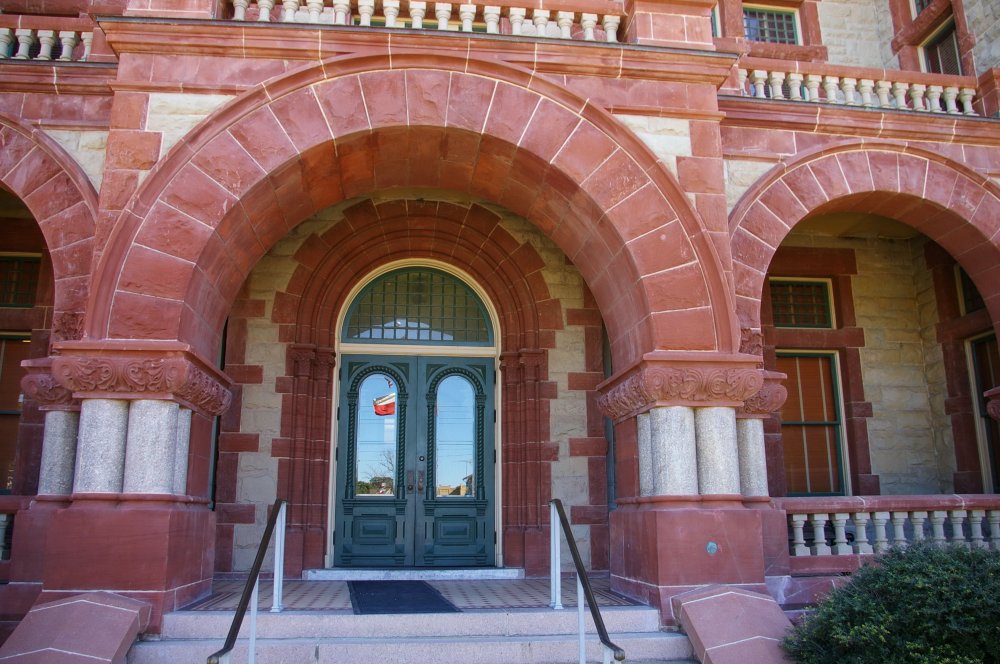 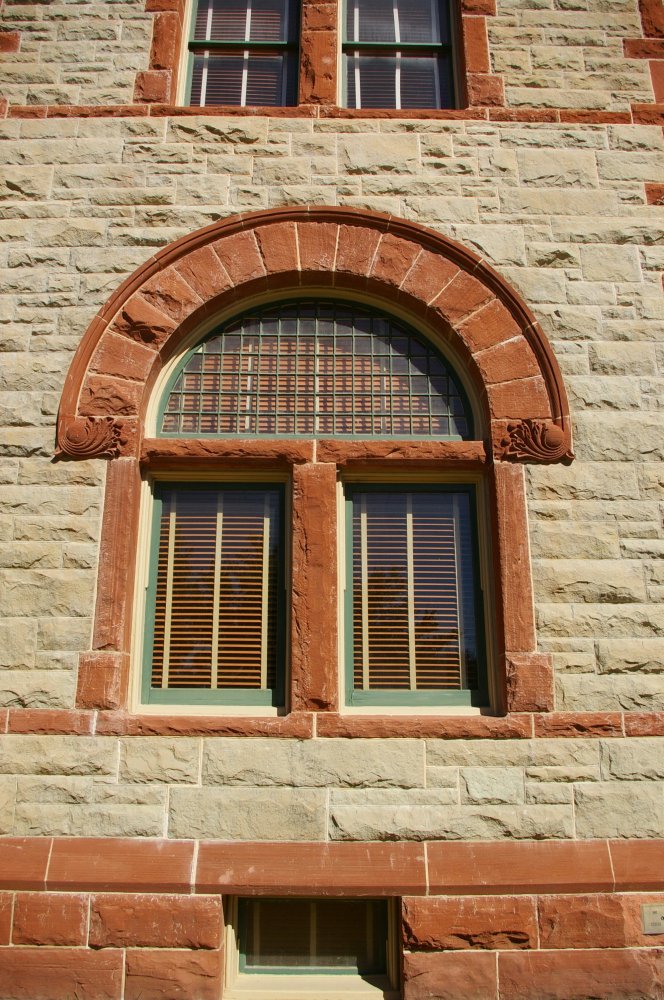 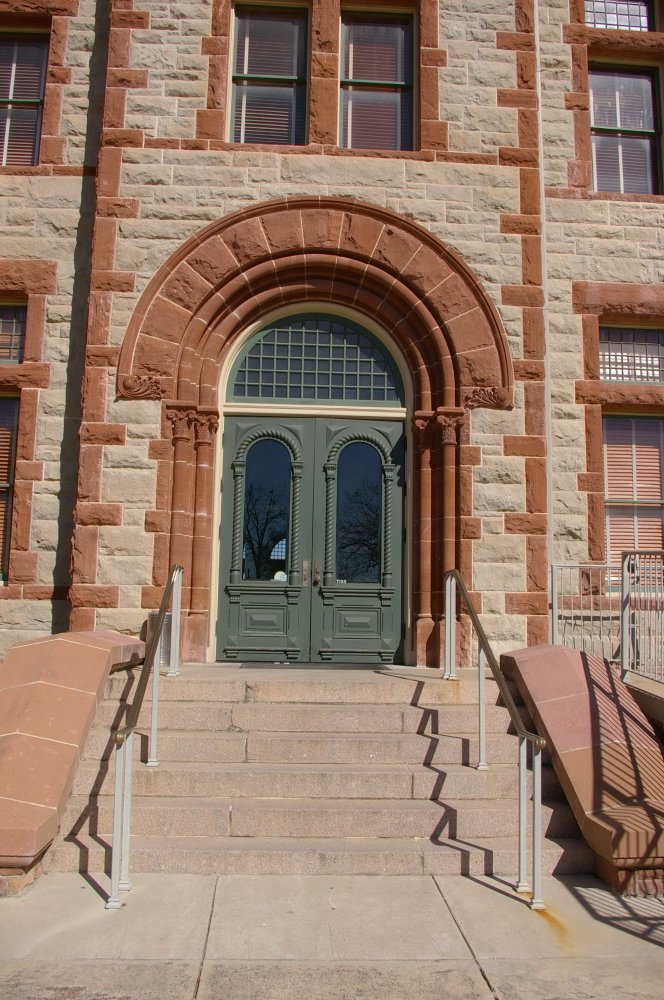 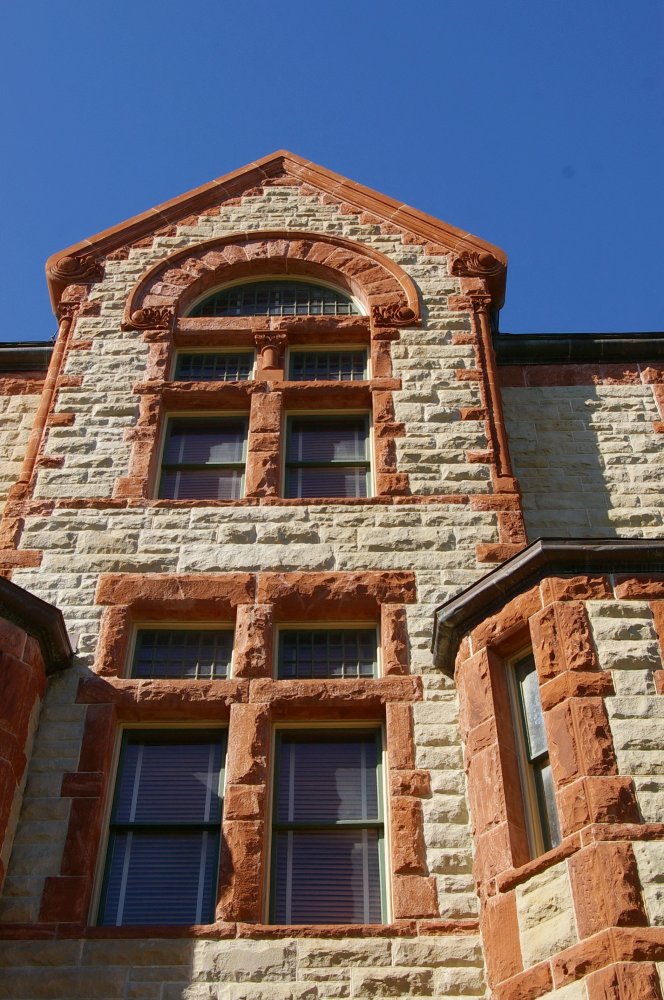 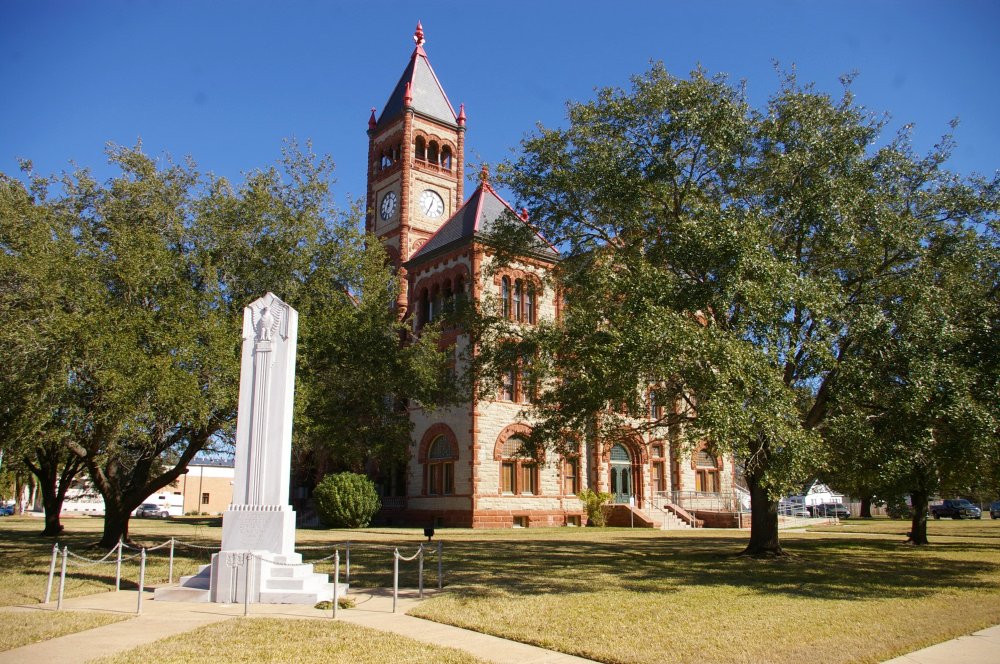 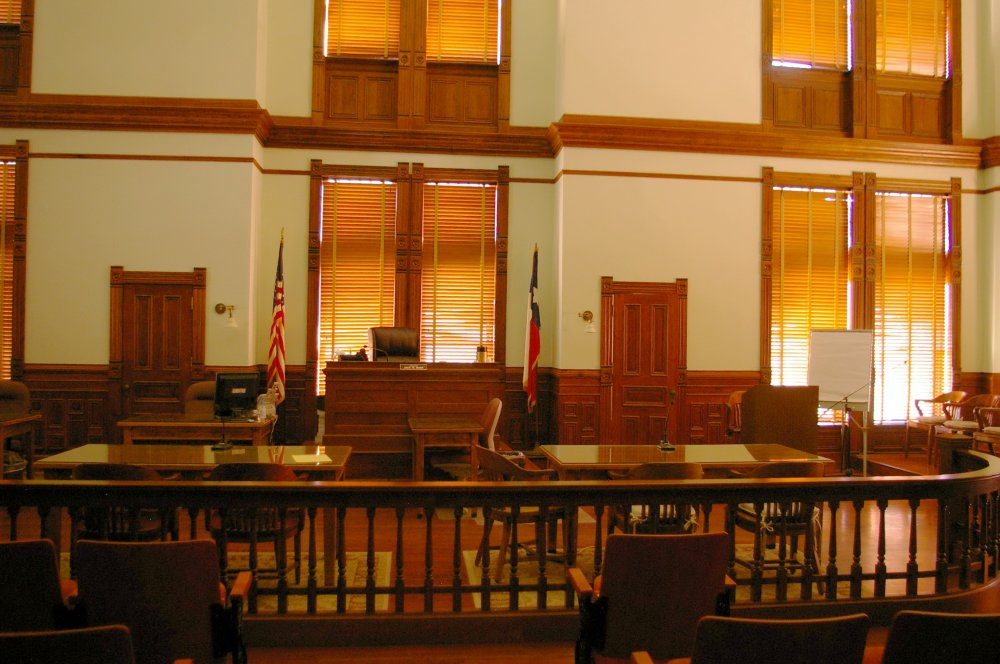 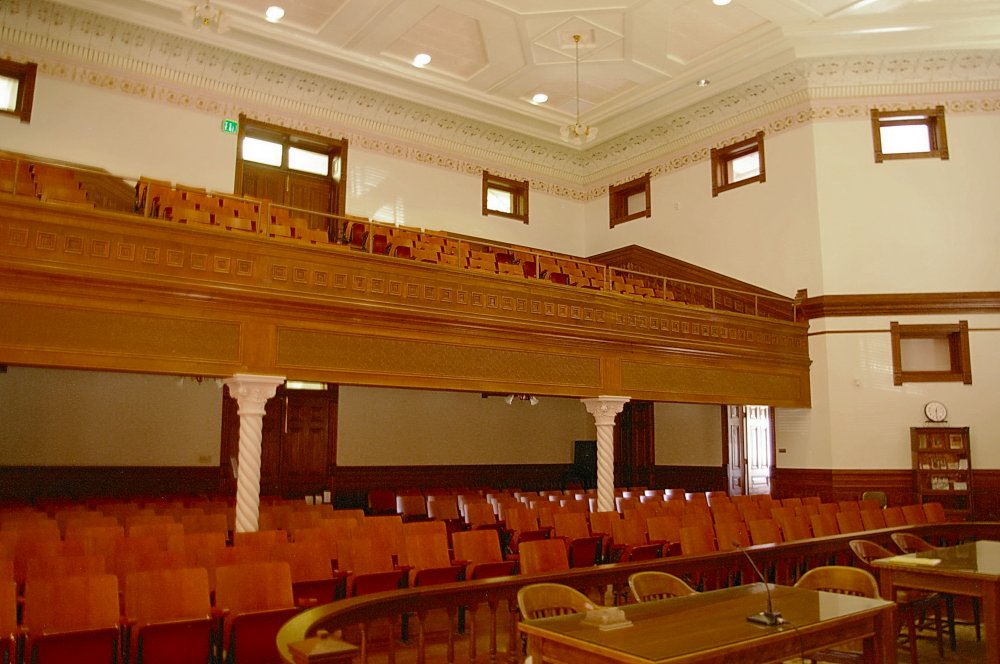 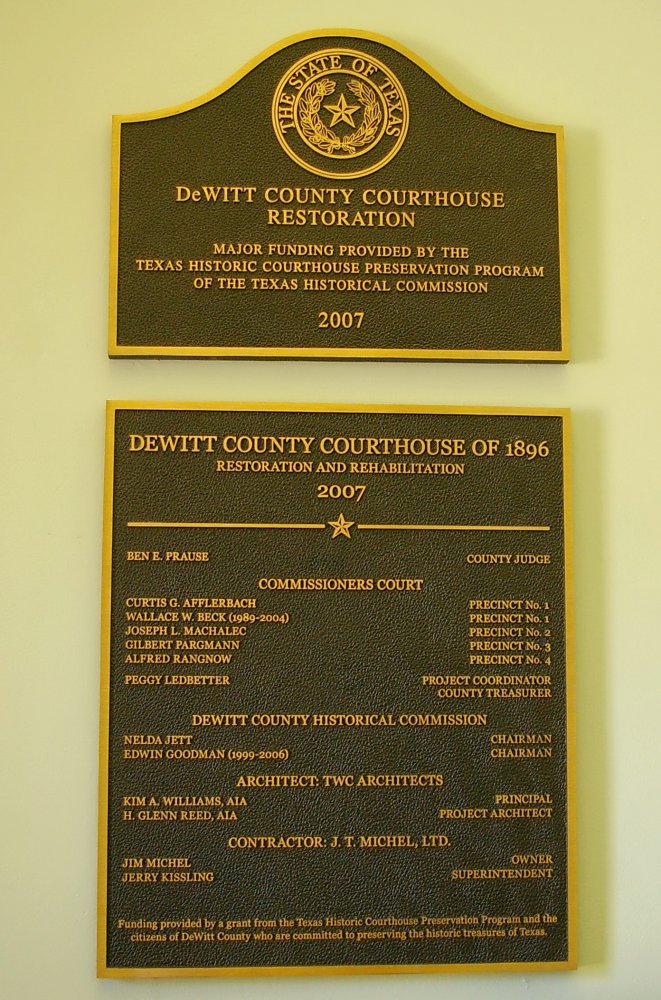