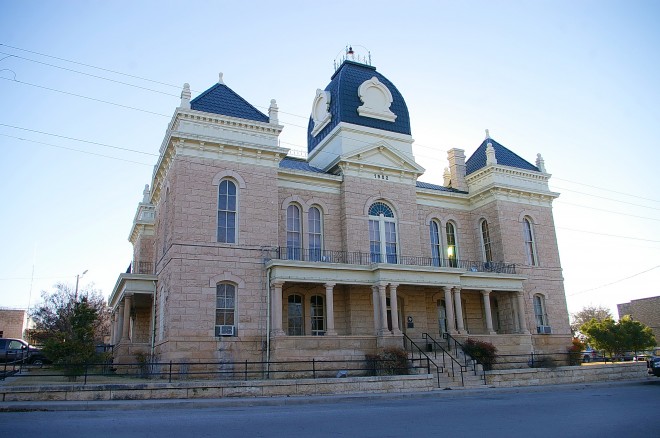 Crockett County is named for David Crockett, who was a legendary frontiersman and who died at the Battle of the Alamo.

Description:  The building faces west and is a two story stone structure. The building is located on landscaped grounds in the center of Ozona. The west front has a wide porch on the first story with eight columns rising to a balcony on the second story which has a large arched windows with pediment at the roof line. At each corner of the building is a large square tower with steep roof. On the north and south sides are small porches. On the front of the roof is a large square cupola with mansard roof. The interior has wood wainscoting, stairs and furnishings. The large courtroom is located on the south side of the second story and has stained glass fan-light windows. The building houses the State District Court, Constitutional County Court and County Justice Court. On the east side of the building is the one story stone County Administration Building and County Courthouse Annex. To the northeast is the old County Jail (1892). 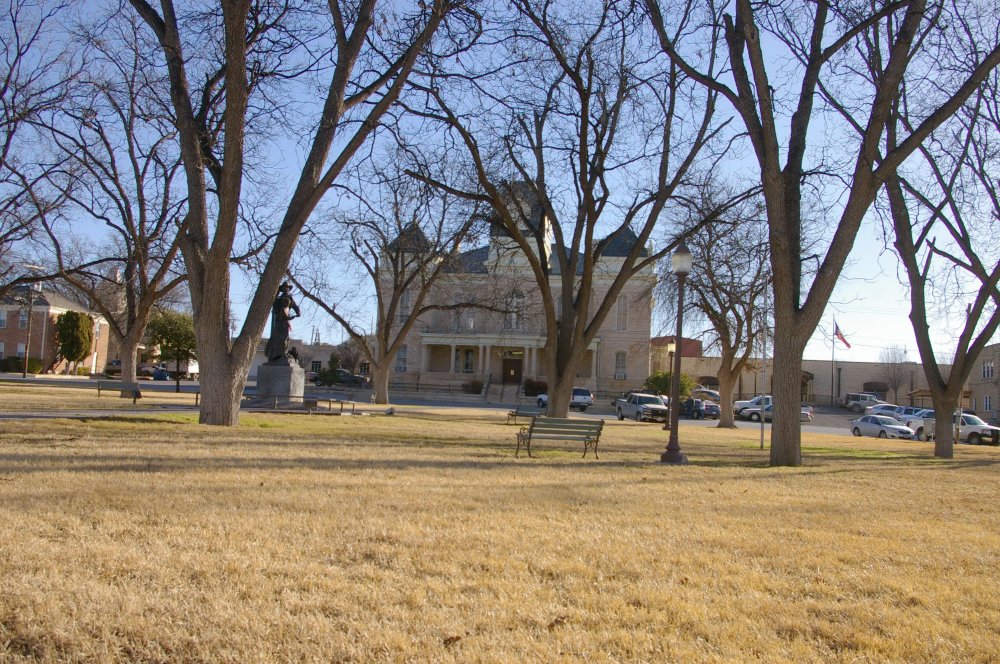 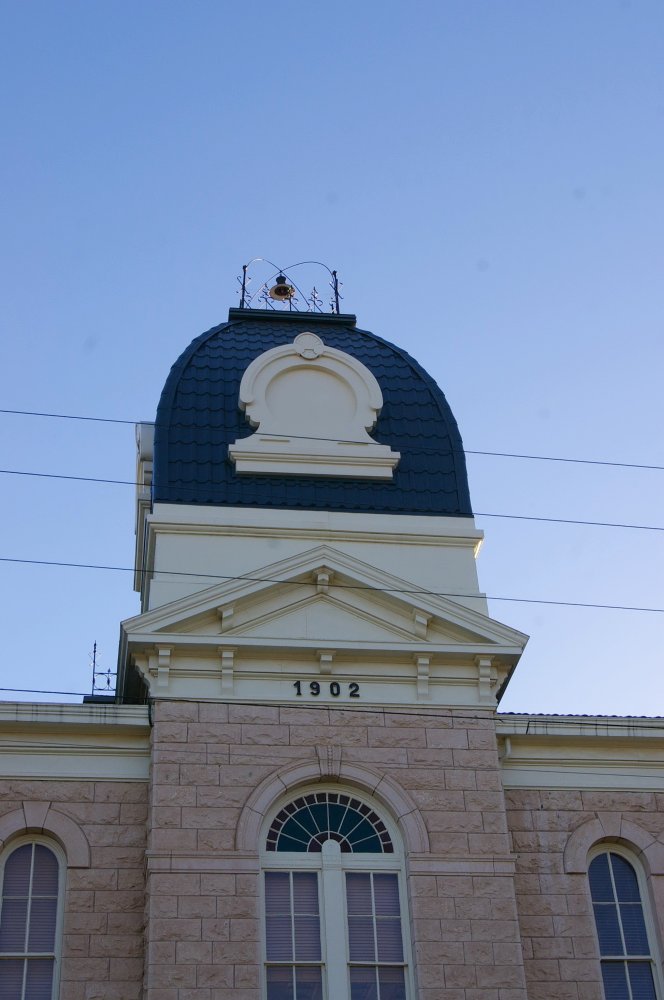 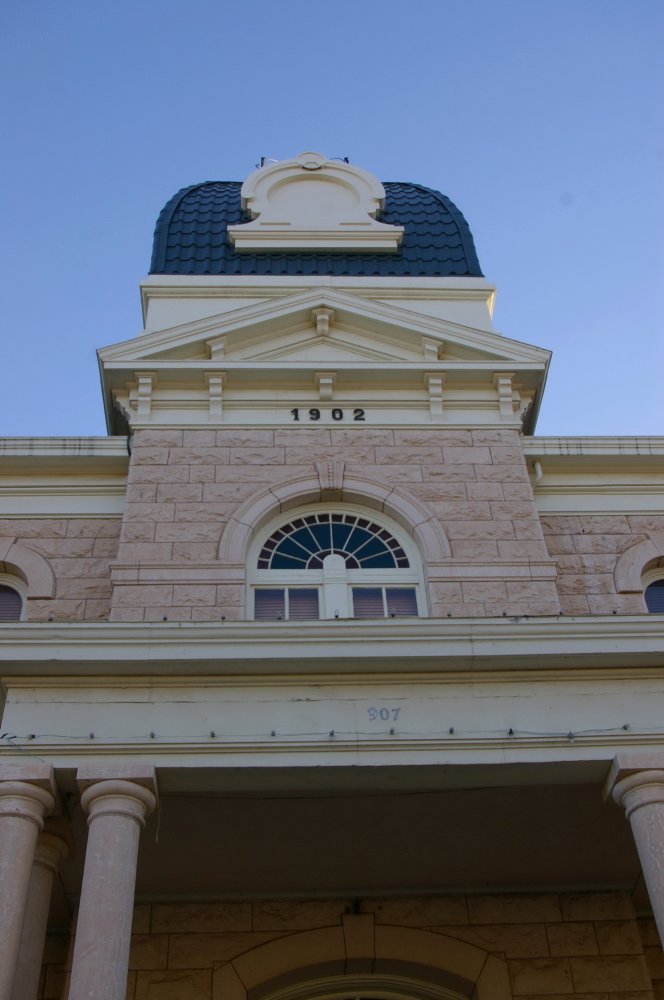 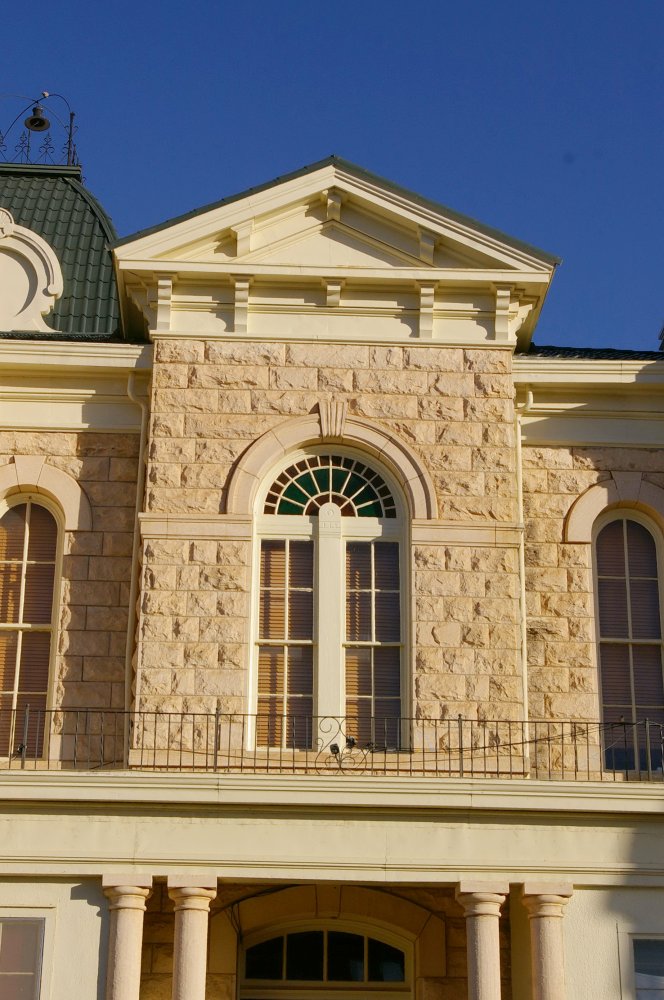 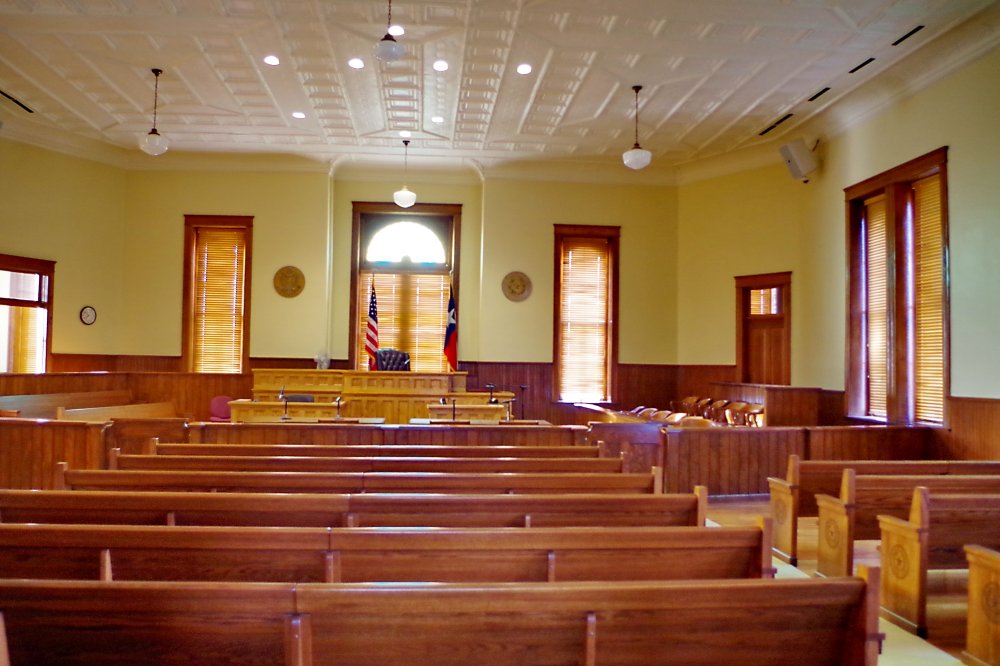