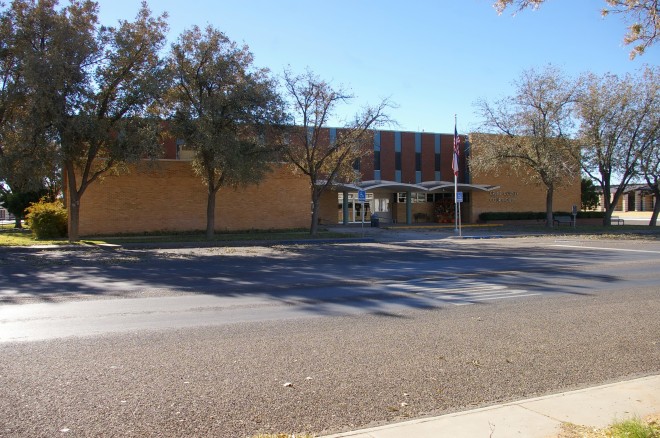 Crane County is named for William Carey Crane, who was the founder and president of Baylor University.

Architect:  Consolidated Architects and Engineers of Fort Worth

Description:  The building faces north and is a two story buff and red colored brick and concrete structure. The building is located on landscaped grounds in the center of the city. The north front of the rectangular building has a central section with buff colored brick and glass entrance on the first story with canopy above and red colored brick on the second story. The roof line is flat. The courtroom is located on the southeast side of the second story. The building was remodeled in 1958. The architect was Groos, Cliff & Ball and the contractor was A P Kasch & Sons.

Note:  The first courthouse was a two story adobe structure built in 1927. The second and present courthouse was constructed in Crane in 1947. The architect, Consolidated Architects and Engineers prepared the plans for the courthouse, hospital and nursing home. The bid of G & E Construction Company at $173,700 covered the construction of all of the three buildings. The courthouse was remodeled in 1958 at a cost of $370,000. 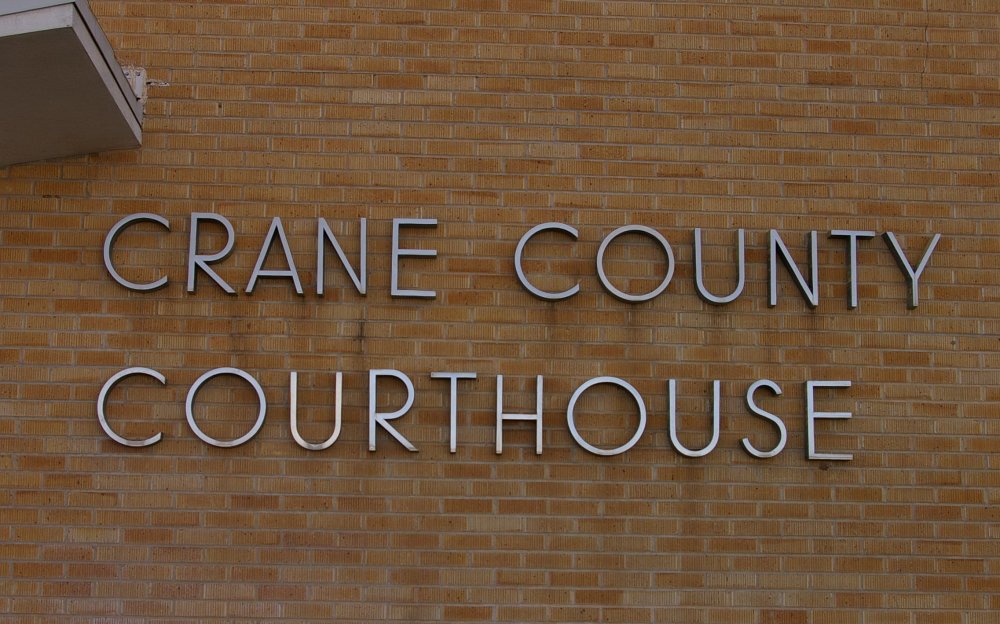 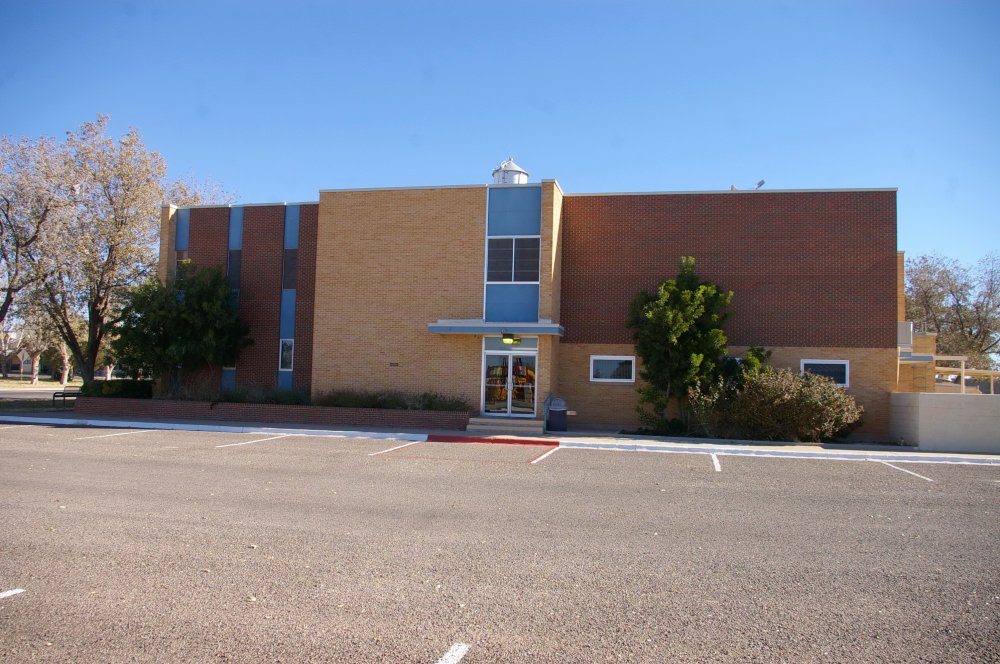 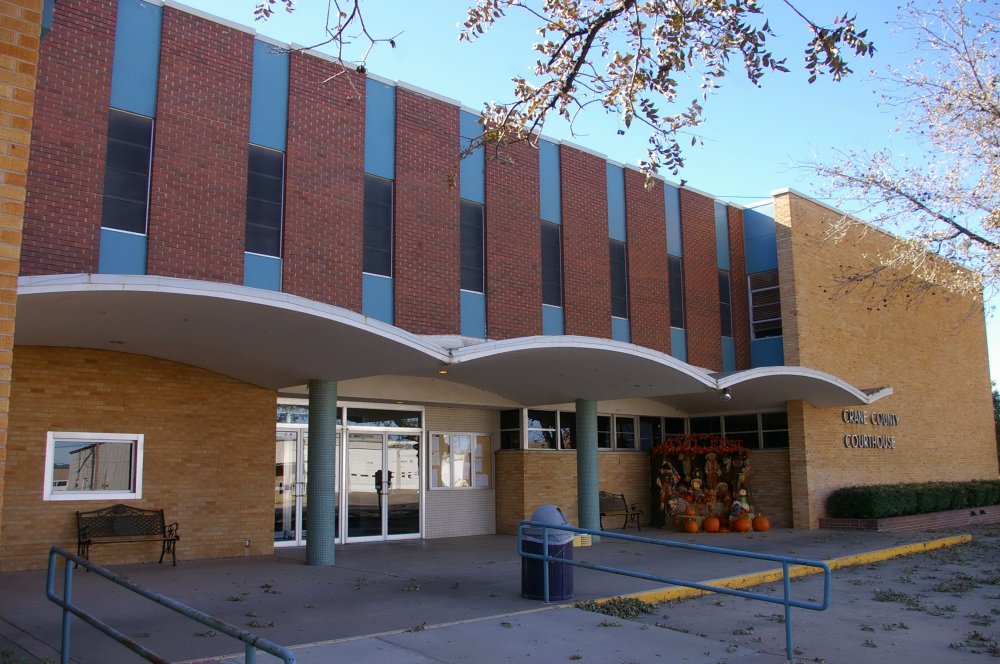