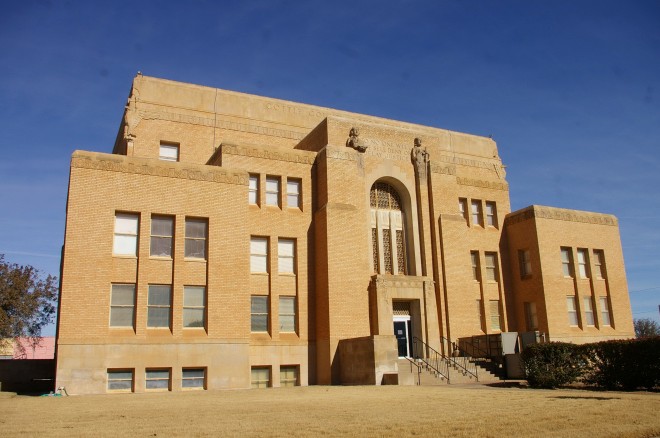 Cottle County is named for George Washington Cottle, who was killed defending the Alamo.

Description:  The building faces south and is a four story buff colored brick and concrete structure. The building is located on the landscaped grounds of the Courthouse Square in the center of Paducah. The south front has a projecting center section with framed entranced on the first story and with a large arched window on the second and third story. The east and west wings project from the main building. The center of the building rises to four stories. The roof line is flat. Stepped blocks project from a central mass, with carved eagles, stylized figures of justice and liberty, and inscriptions above each of four entries. The unusual design is comparative to an Egyptian temple. In the interior, the Commissioners Court is located on the first story, the courtroom is on the second story and the large main courtroom which is no longer used, is on the third story. The building houses the State District Court, Constitutional County Court and County Justice Court. 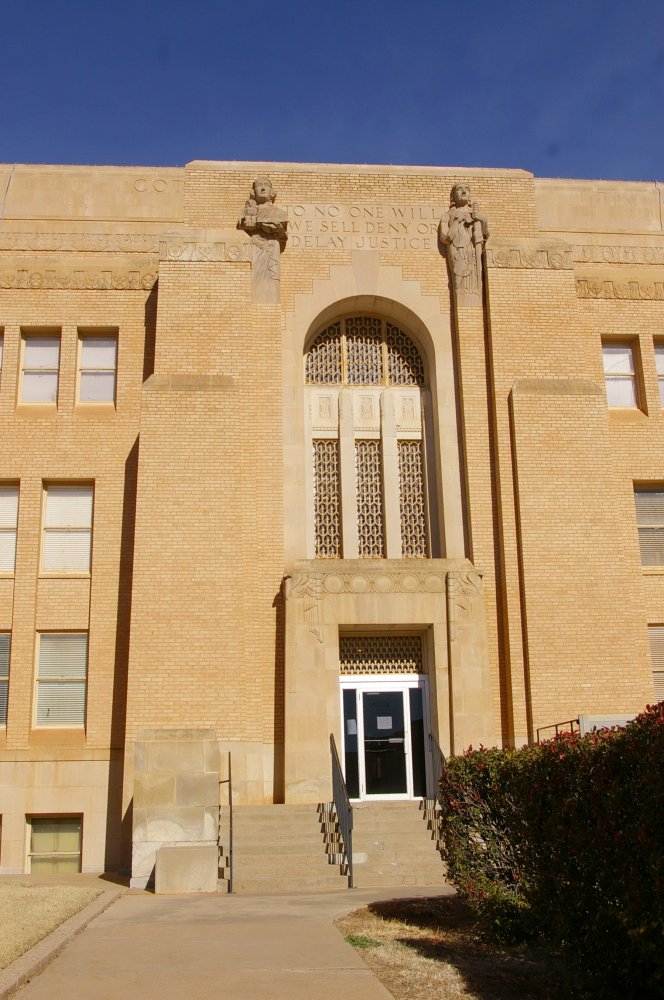 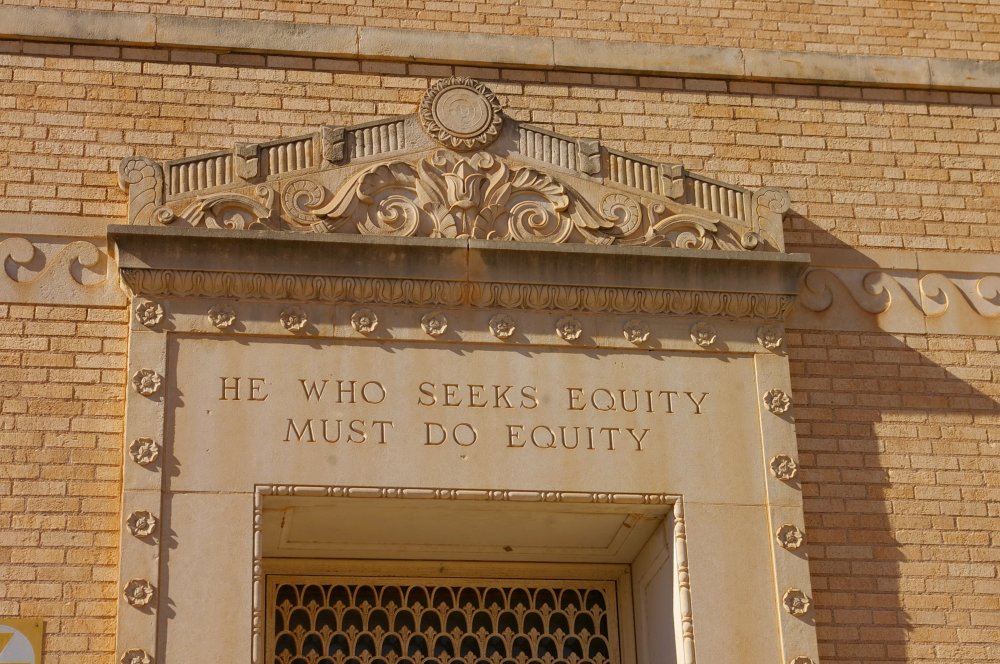