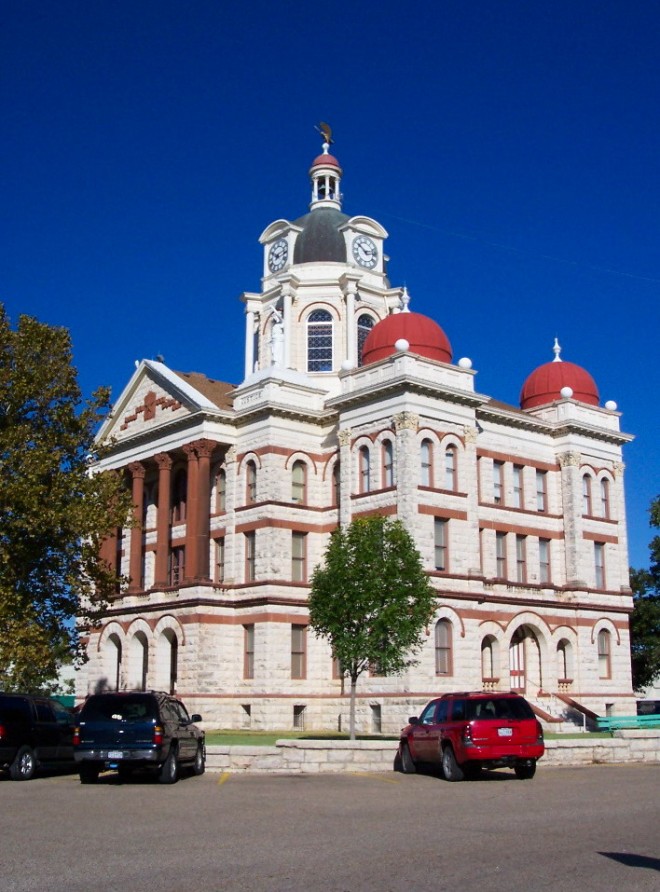 Coryell County is named for James Coryell, who was a frontiersman killed by Native Americans.

Description:  The building faces south and is a three story white colored course limestone and sandstone structure. The building is located on landscaped grounds of  Courthouse Square in the center of Gatesville. The south front has a large portico supported by four high brown columns rising from the second to third story. Each corner has a pavilion with red colored dome roof. In the building center is an octagonal dome with clock, black colored roof and topped by a small cupola with red colored roof. The roof is hipped. In the interior, two central corridors intersect under the rotunda with stained glass skylight under the dome. A wide stair leads to the second story with corridor leading to the District Court courtroom. The courtroom is oval shaped. On the west side of the first story is the County Court courtroom. The building houses the State District Court, Constitutional County Court and County Court at Law. The building was renovated in 1986 to 1987. The architect was Kim Williams Architects of Austin and the contractor was Baird Williams Construction Inc. of Temple. 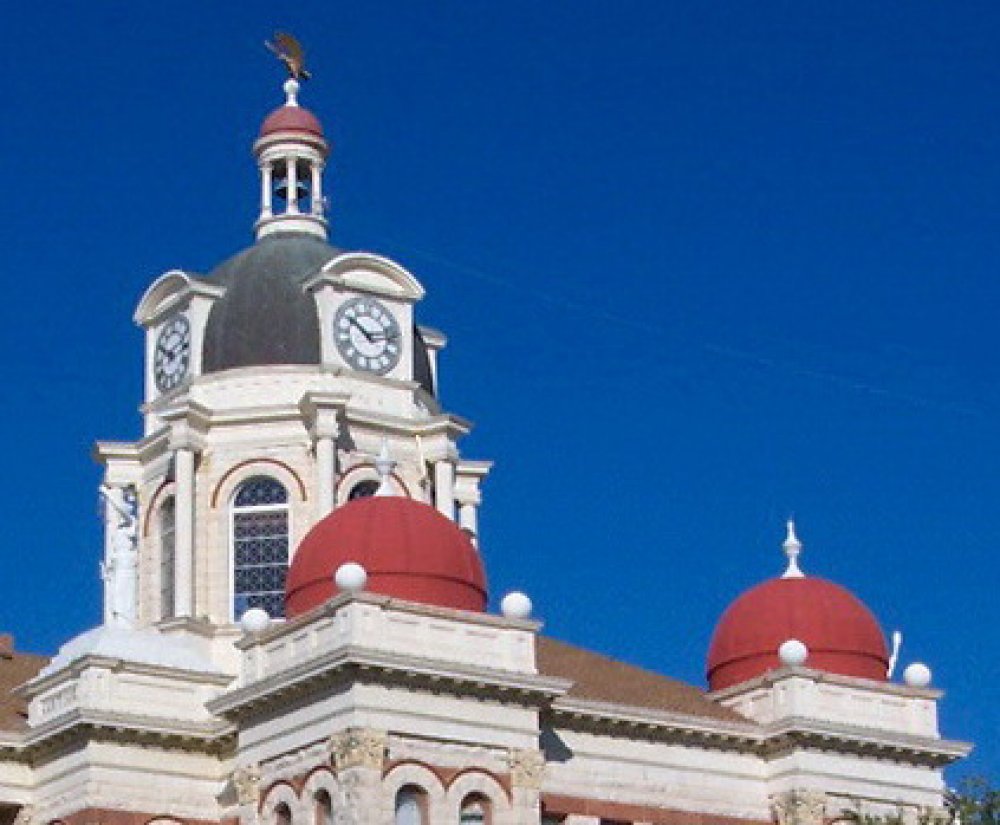 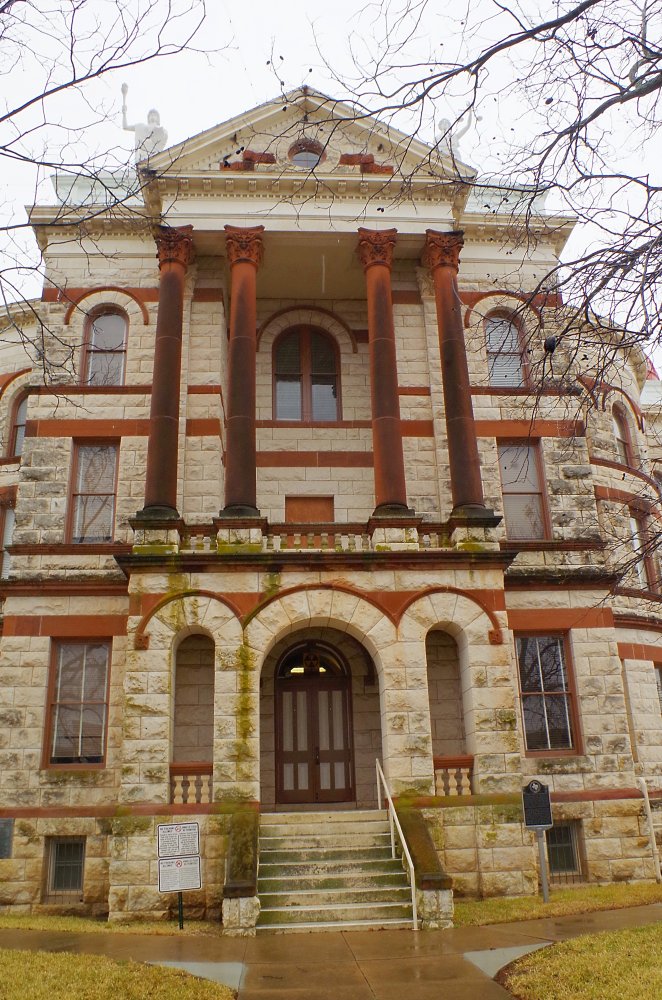 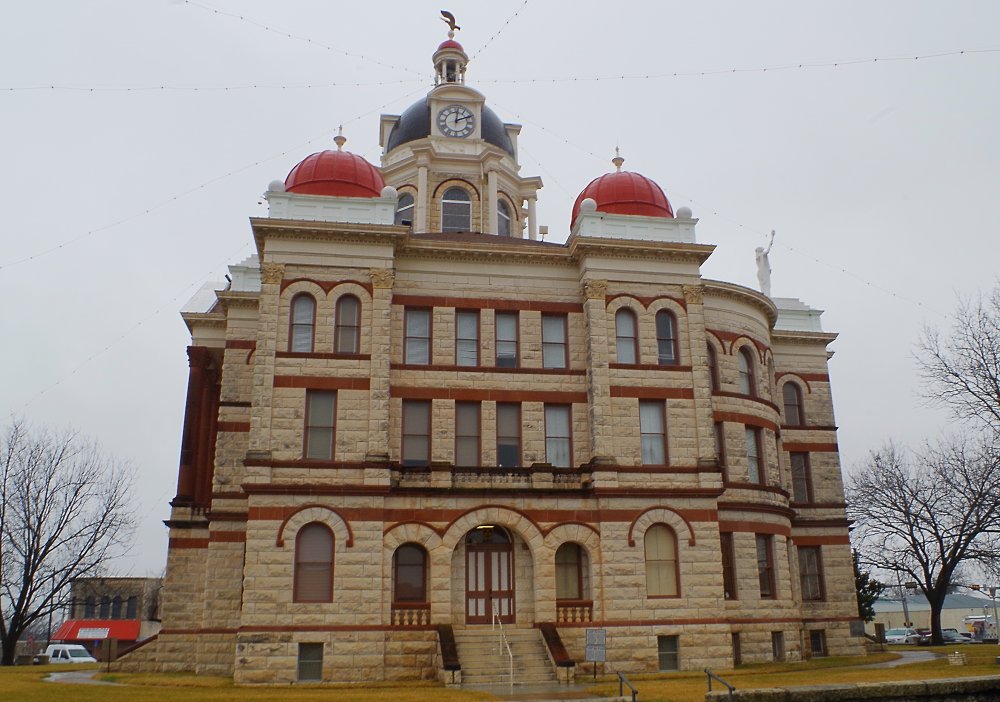 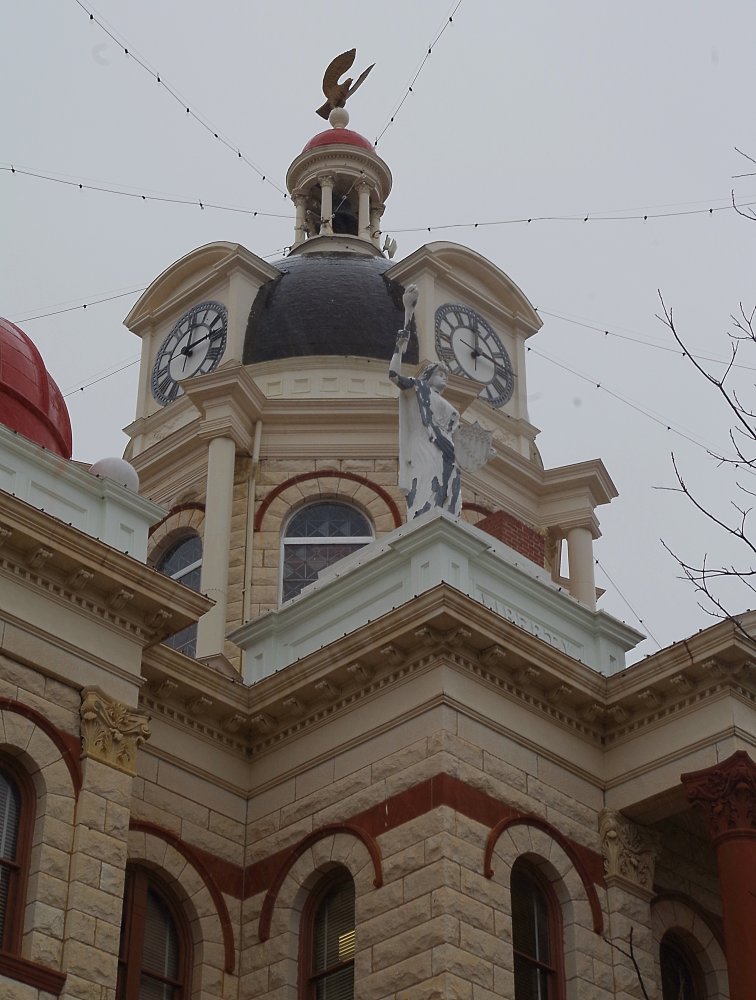 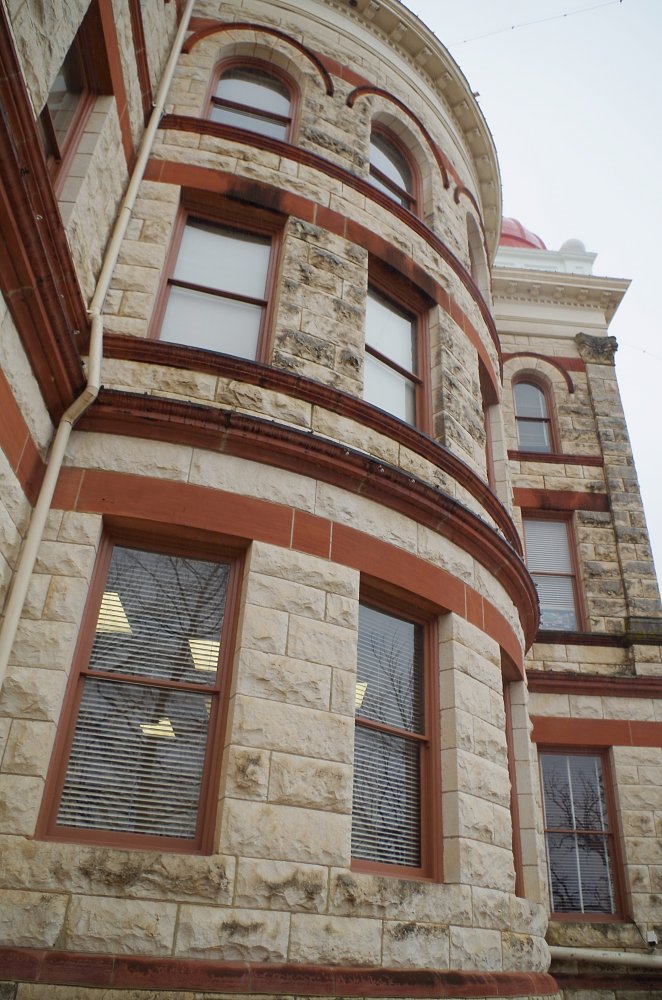 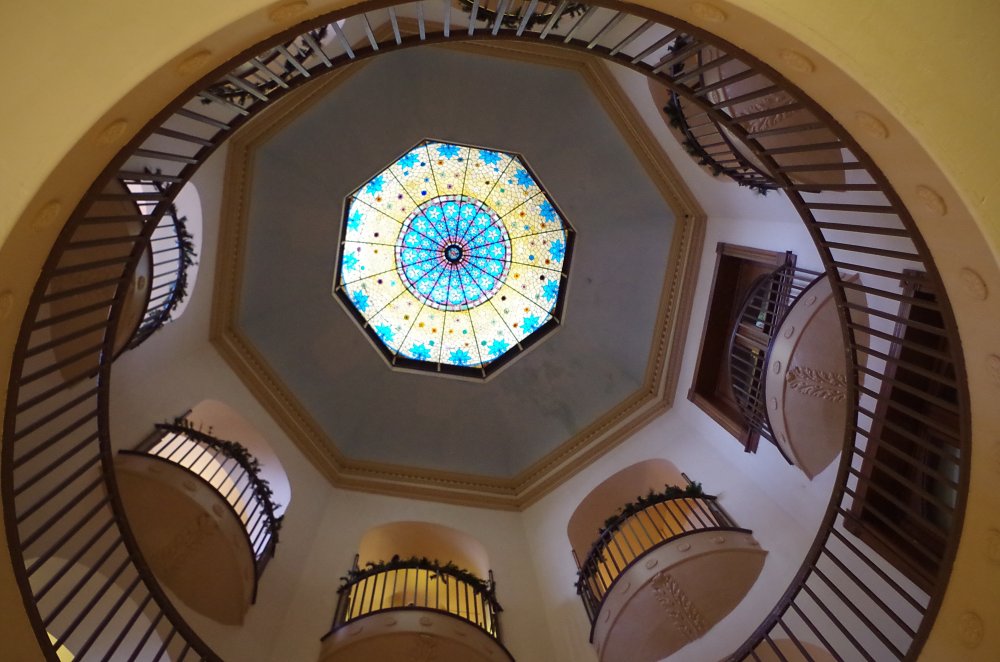 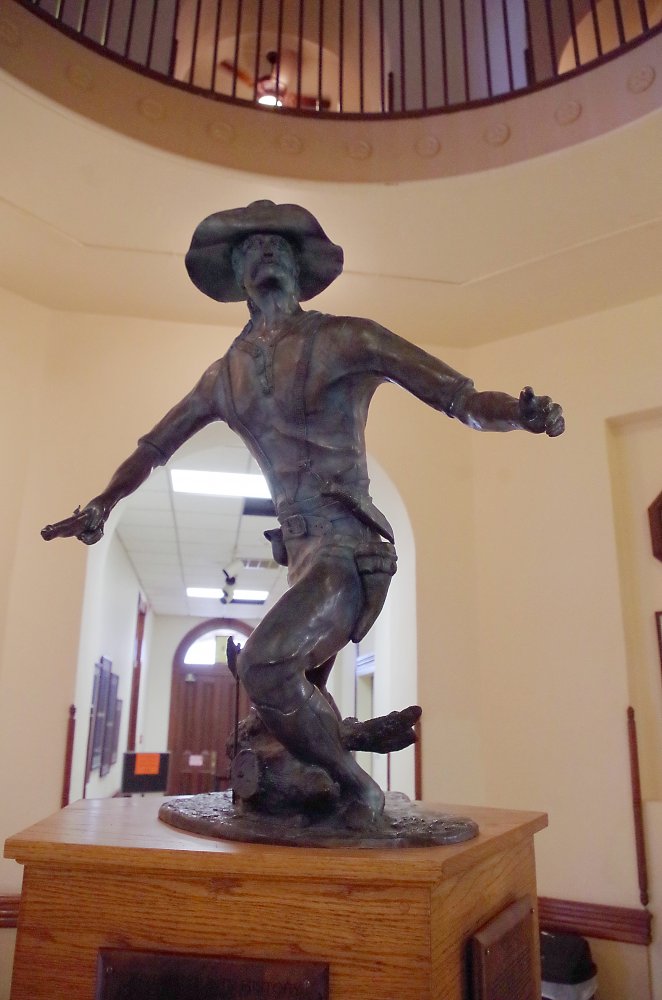 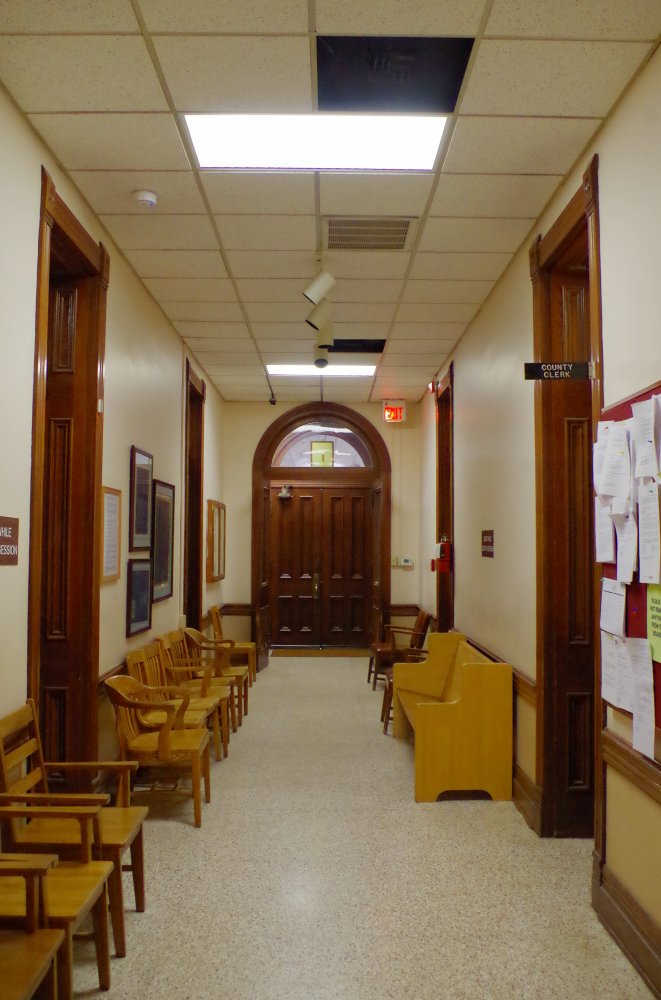 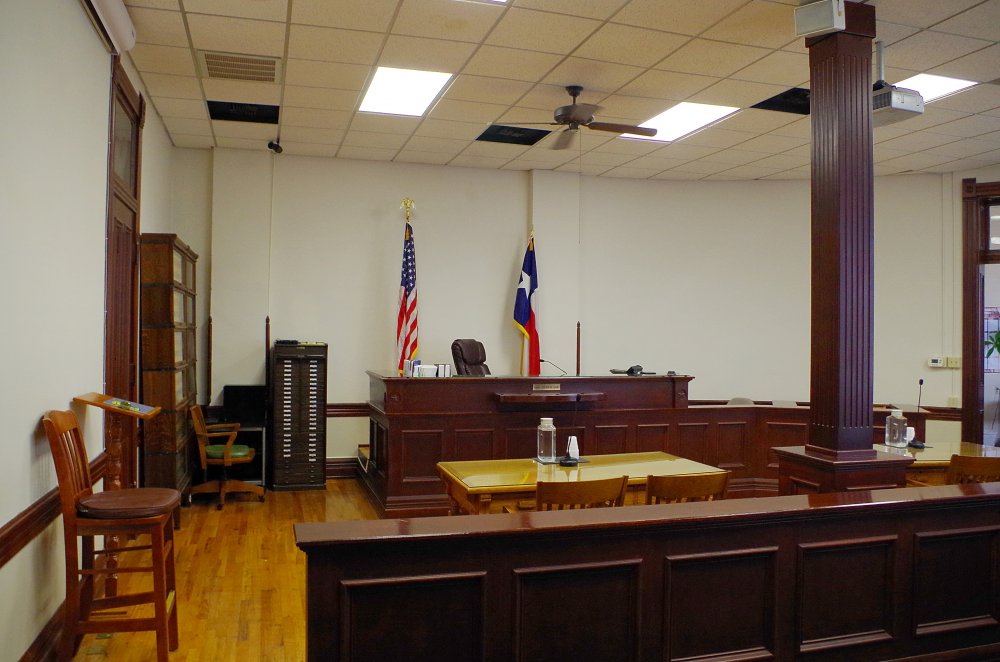