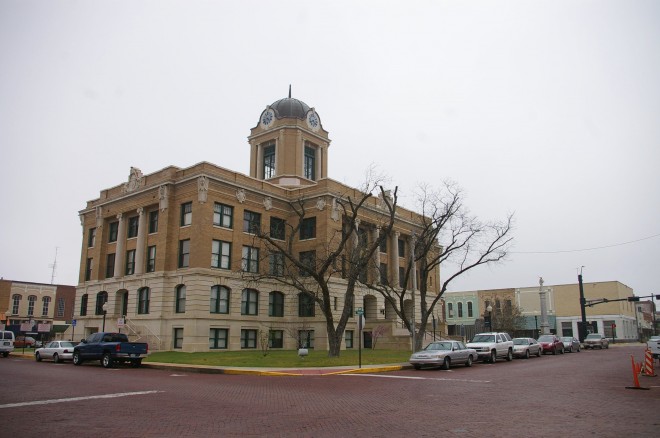 Cooke County is named for William Gordon Cooke, who was a soldier during the Texas Revolution. 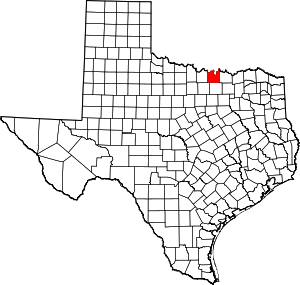 Description:  The building faces west and is a three story reddish colored brick and limestone structure. The building is located on landscaped grounds in the center of Gainesville. The building is acruciform-plan building with raised basement. The west and east fronts have a projecting center section with four limestone framed arches on the first story and four columns rising from the second to the top of the third story. The first story is faced with limestone and the top stories are reddish colored brick. On the center of the roof is a large square brick clock tower with rounded copper clad dome. In the interior the corridors from all four entries intersect at an atrium. The atrium is square in plan with chamfered corners, reflecting the tower. At the height of the space is an art glass domed skylight with an abstracted foliate design. Just beneath the skylight is a crown molding and around the top of the atrium walls are vertical decorative moldings suggesting columns, topped by ornate cast “capitals” in a foliate design in the style of Louis Sullivan. A multi-paned window is centered in each wall of the space. At the base of the atrium a semi-circular staircase with marble treads and risers. The building has black and white colored marble. There are courtrooms on the north and south sides of the second story. The building houses the State District Court, Constitutional County Court and County Court at Law. The building was renovated in 2006. The architect was Komatsu Architecture Inc. and the contractor was J C Stoddard Construction. 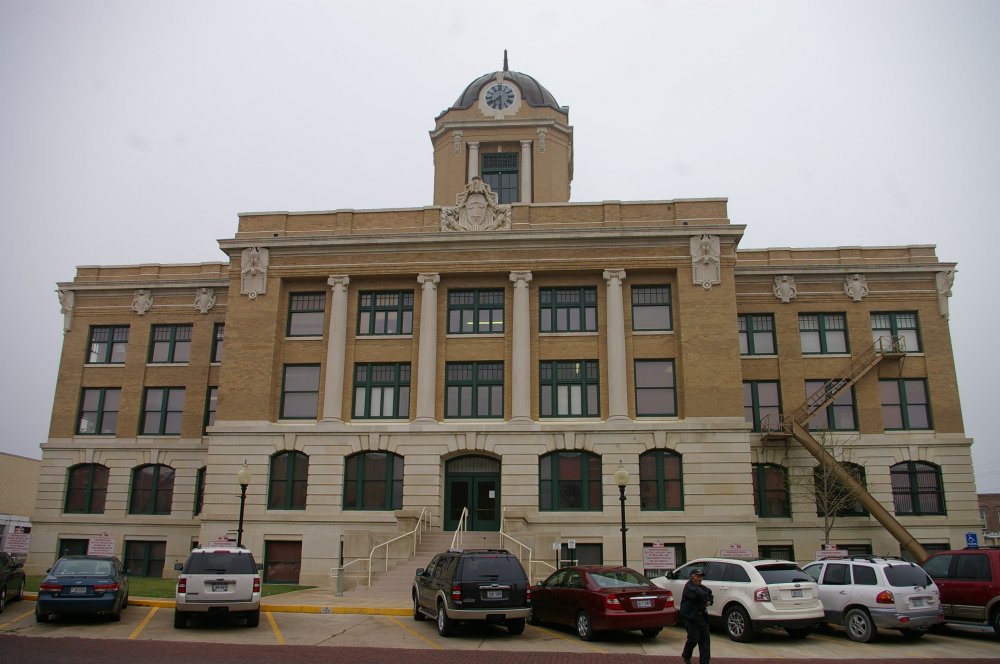 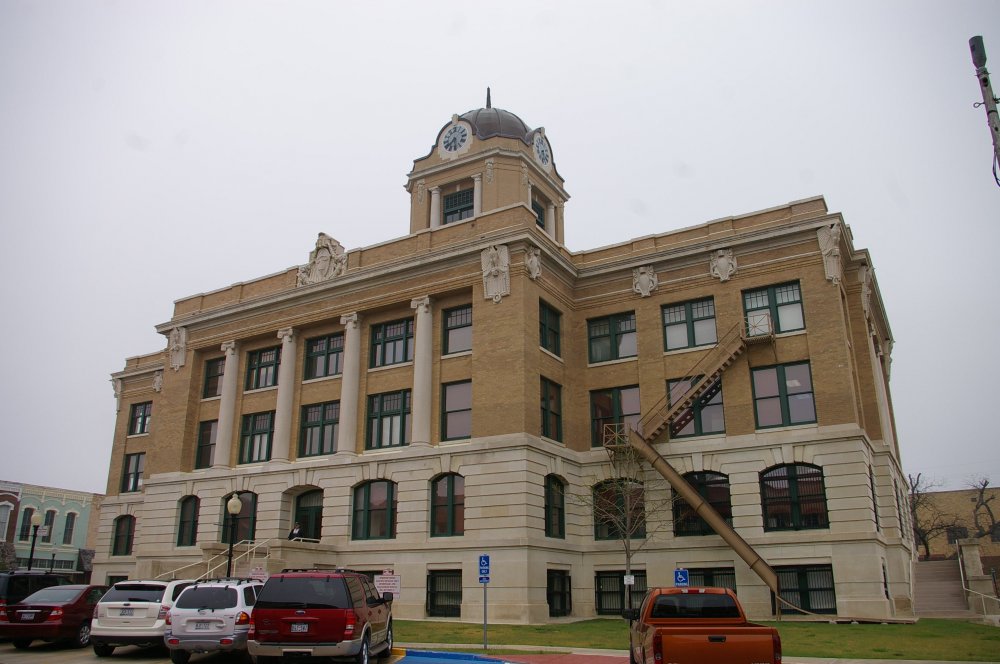 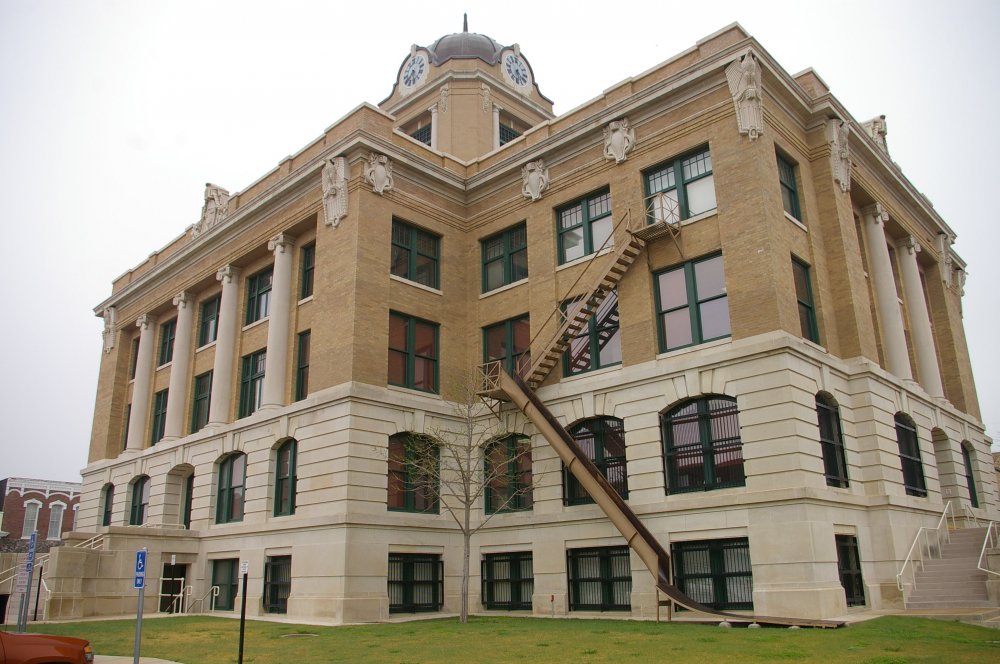 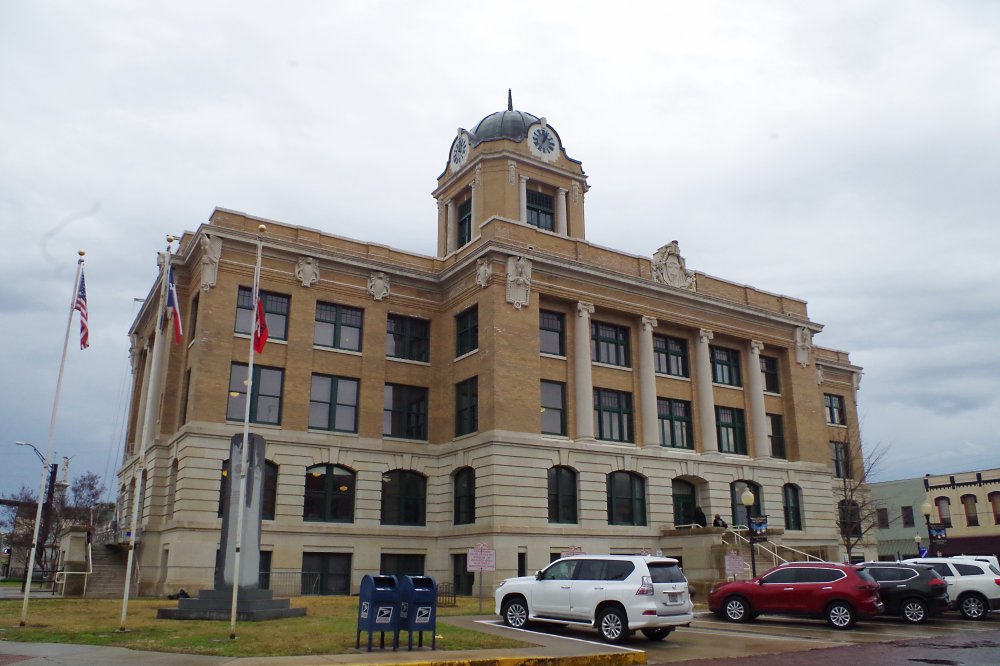 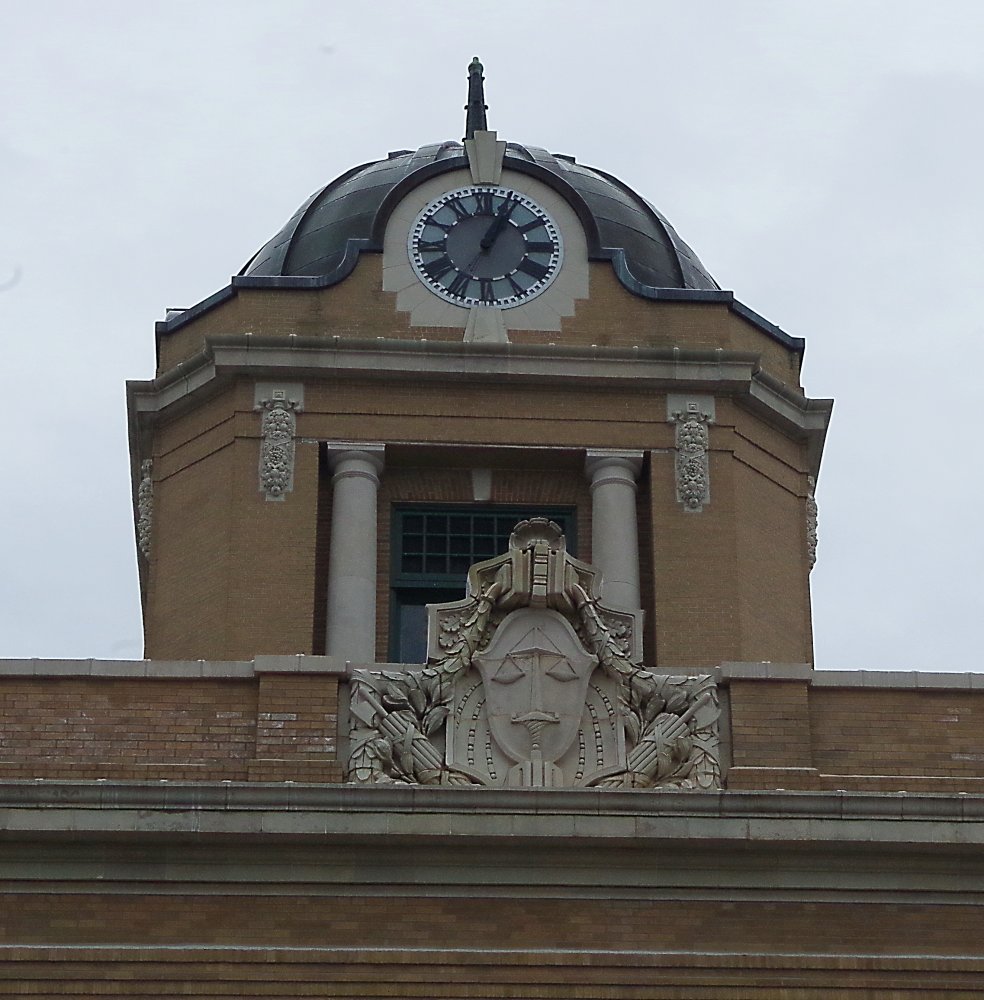 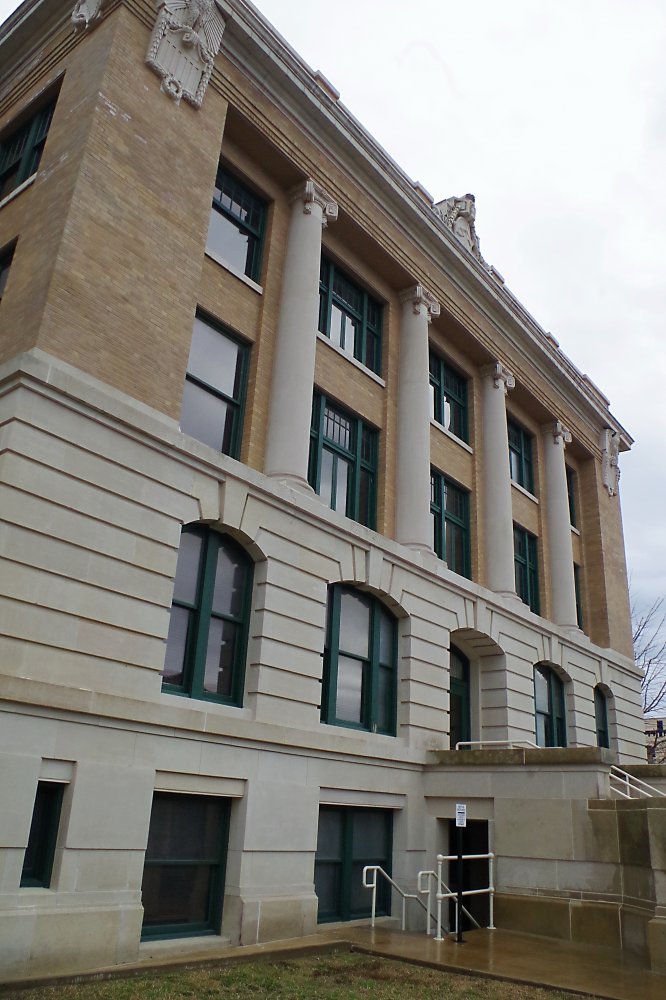 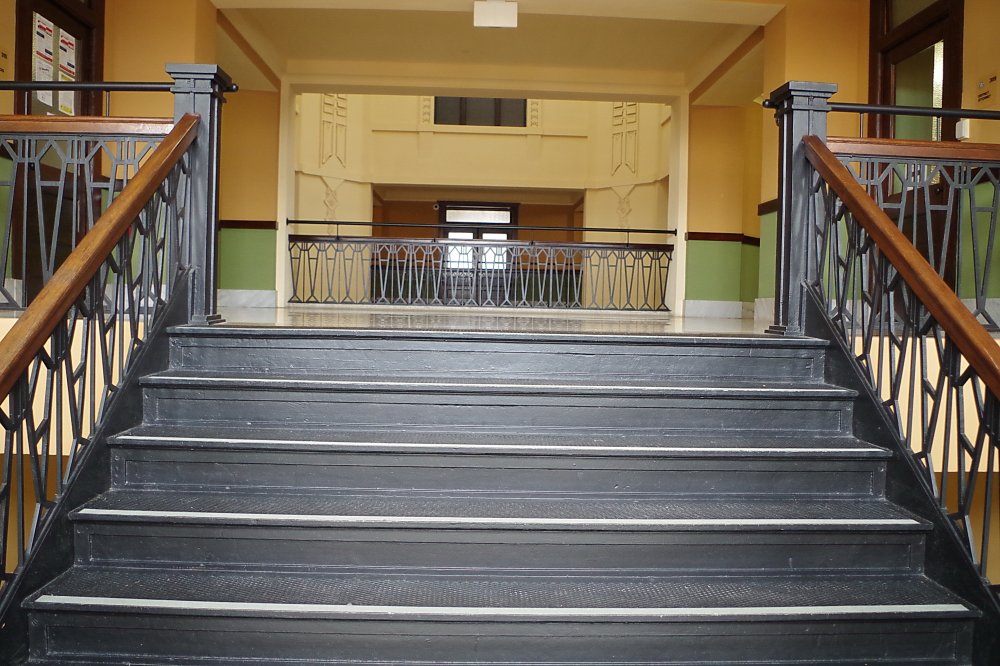 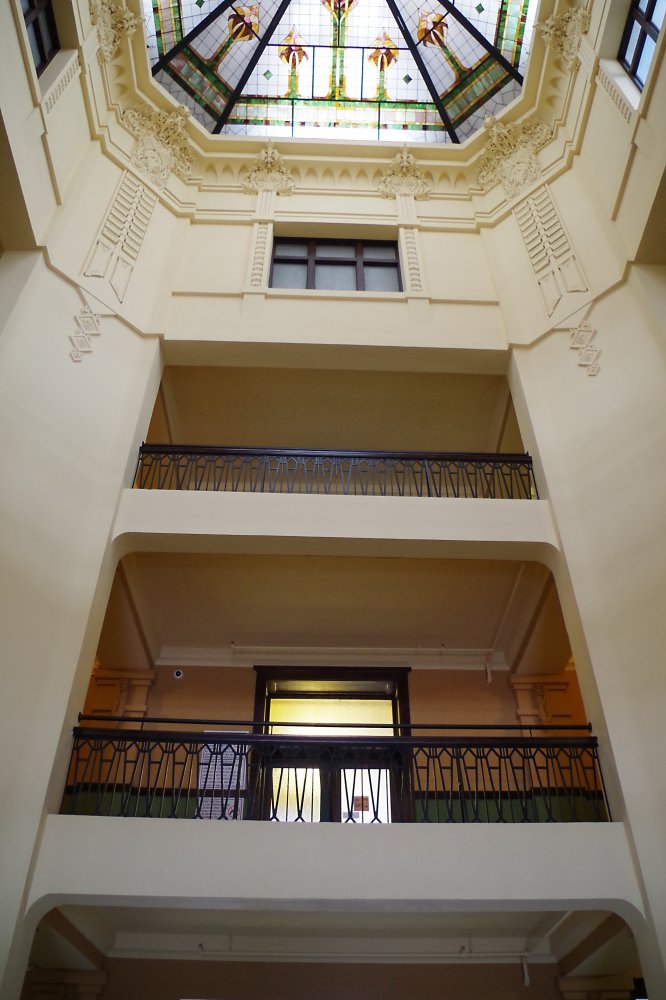 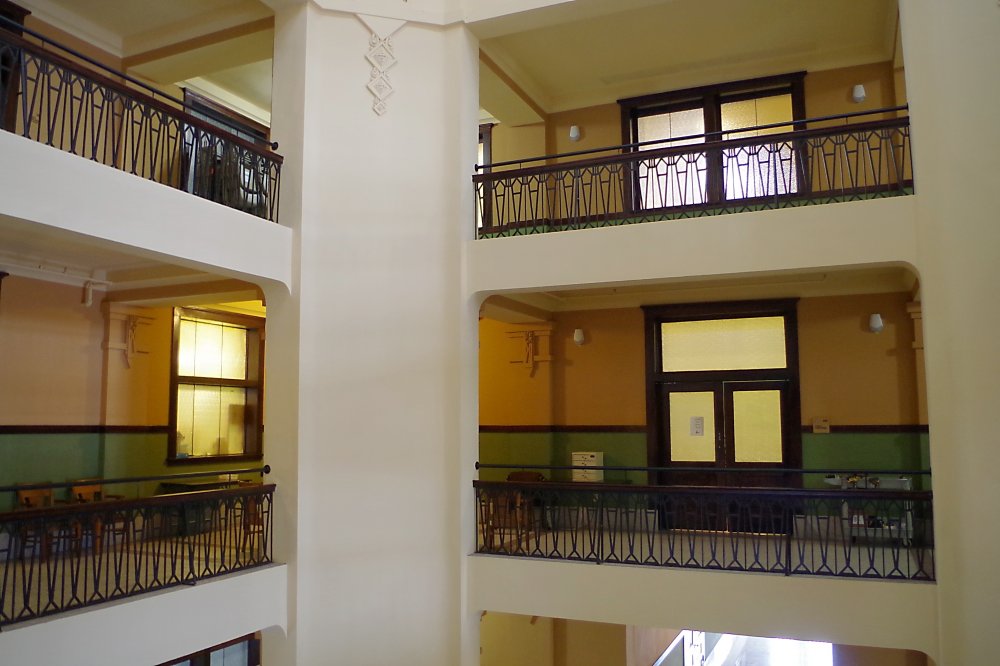