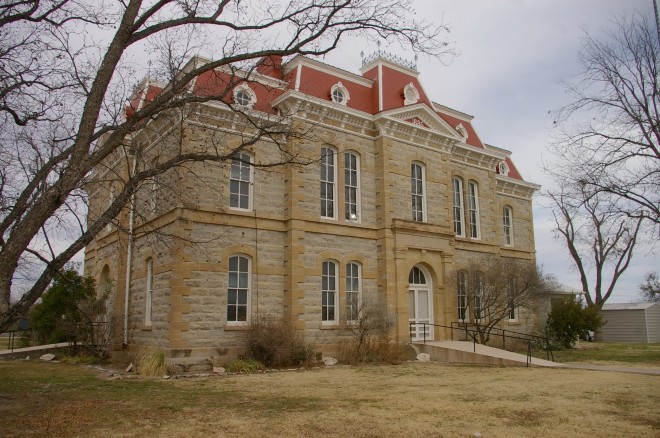 Concho County is named for the Concho River which was named for the discovery of freshwater mussels which produced pearl and the Spanish for “concho” is “shell”. 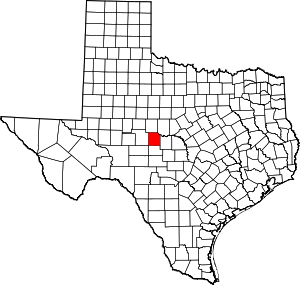 Contractor:  Kane and Cormack of Lampasas

Description:  The building faces south and is a two story course stone structure. The building is located on landscaped grounds in the center of Paint Rock. The south front has a center section at the entrance which rises to a red colored mansard roof. The building has narrow vertical arched windows. There are east and west wings extending from the building. In the interior, the building is a cross axial plan with wide corridors and pressed metal ceilings. There are wood staircases at either end ascending to the courtroom on the second story. The building houses the State District Court, Constitutional County Court and County Justice Court.

Note:  The plans for the current courthouse had been drawn by Frederick E Ruffini before his death in 1885. His brother, Oscar, oversaw the completion of the building in 1886. The plans were used for several other Texas county courthouses, most of which have been demolished with the exception of the old courthouse in Blanco County, and the courthouse in Sutton County. 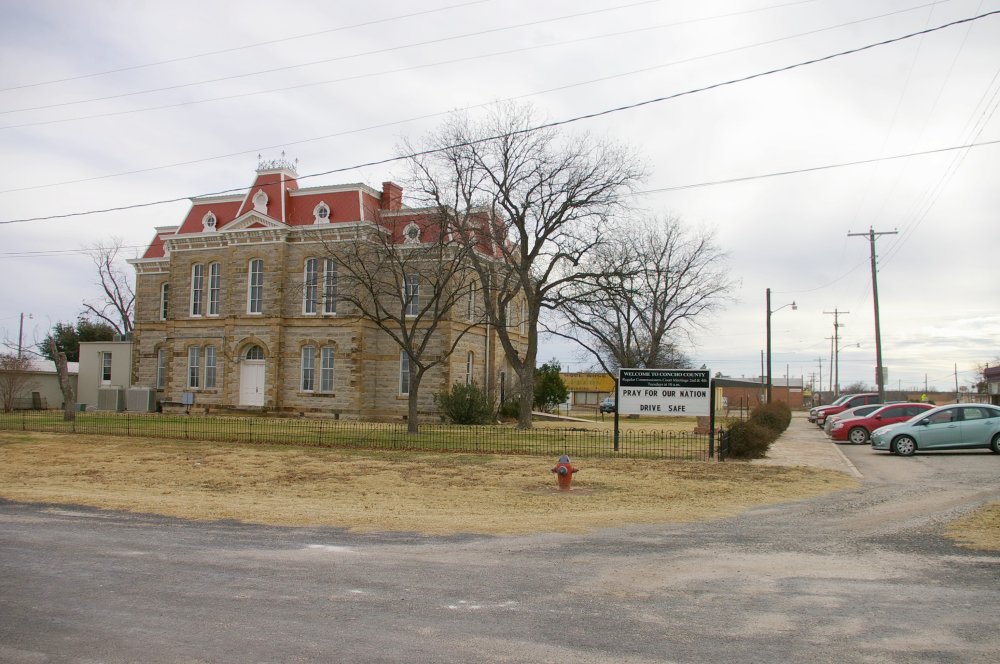 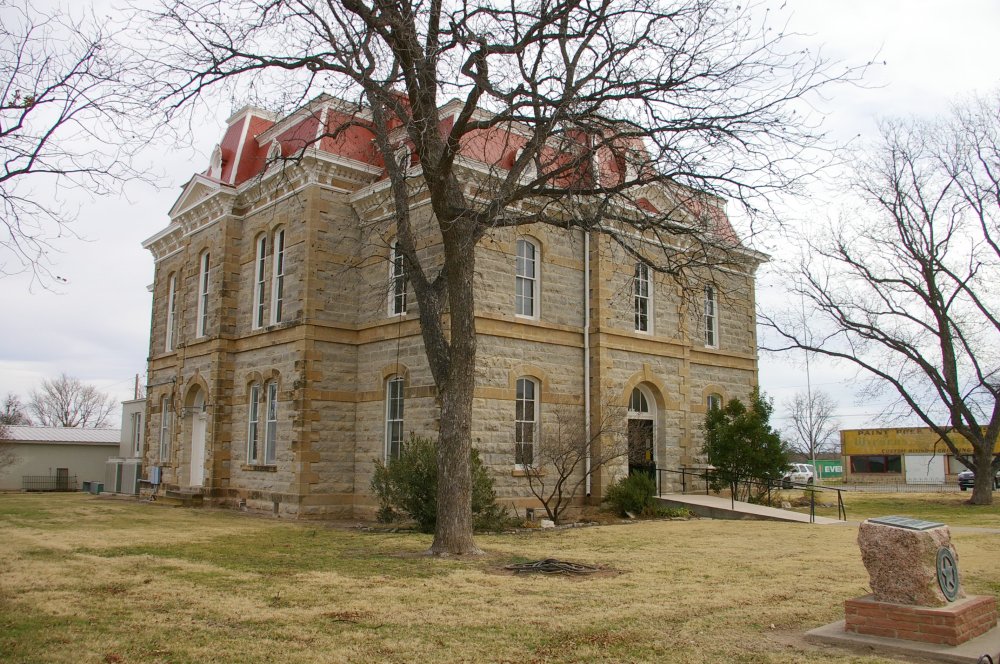 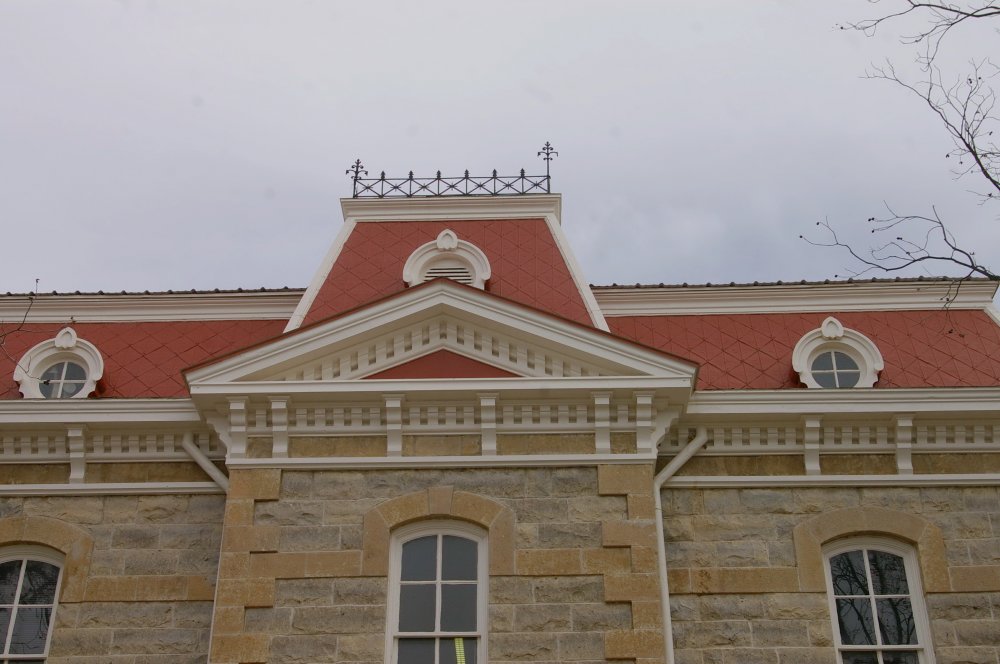 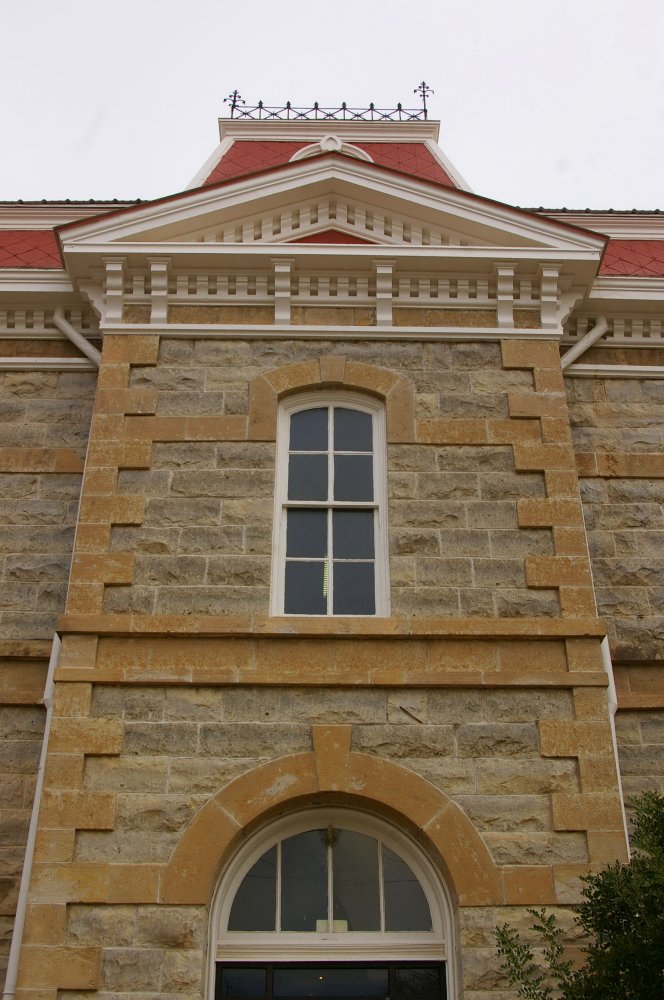 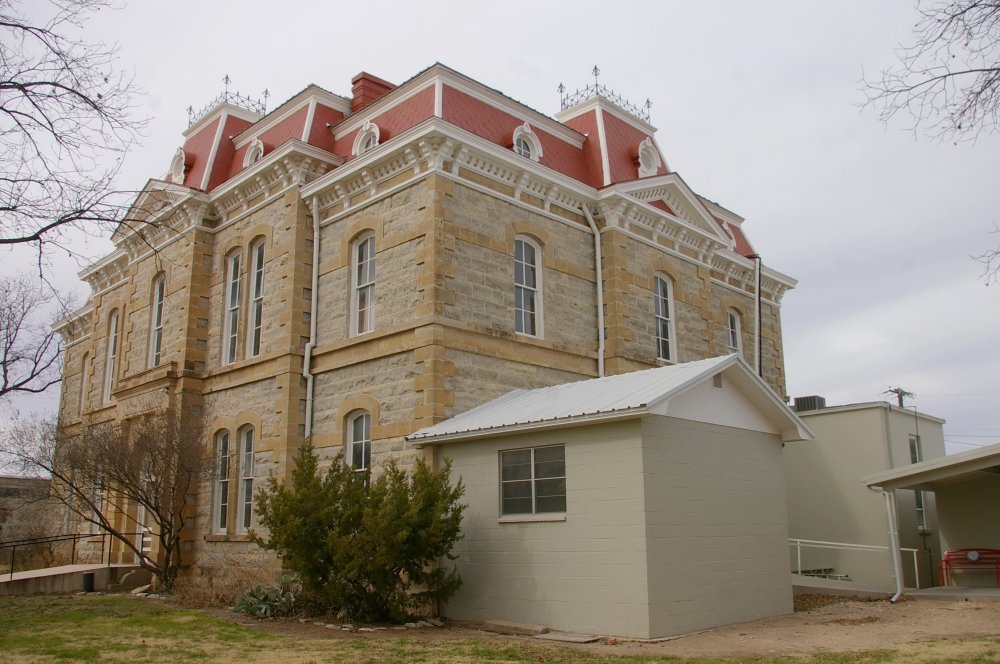 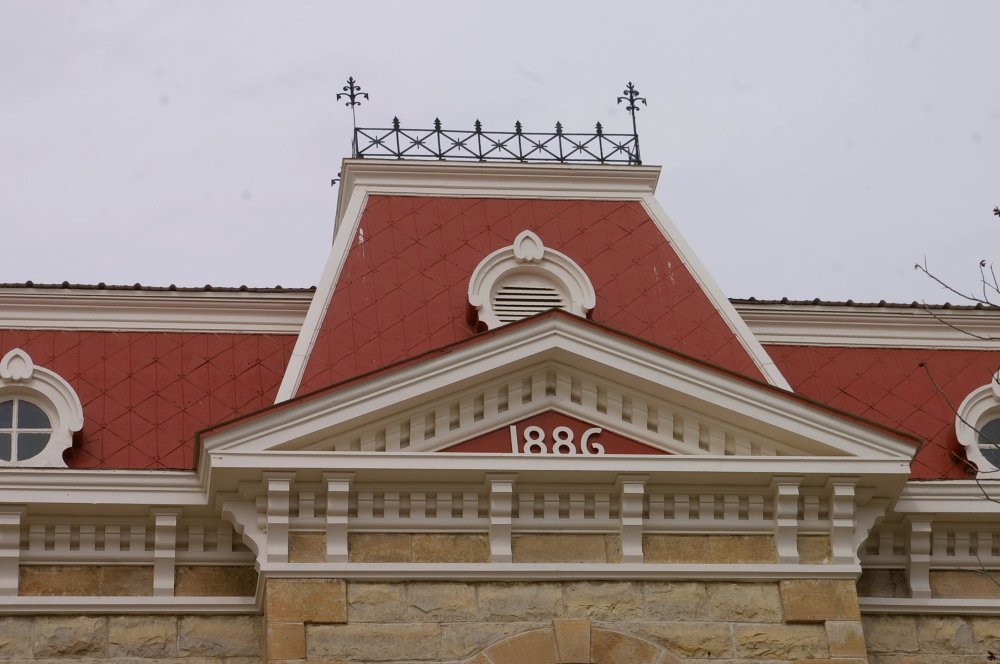 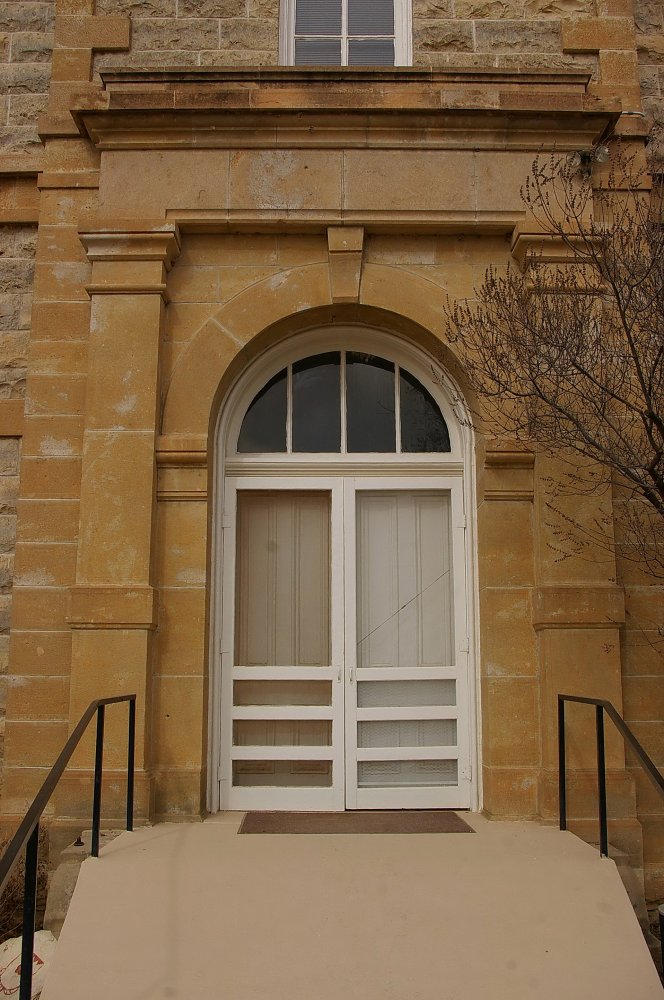 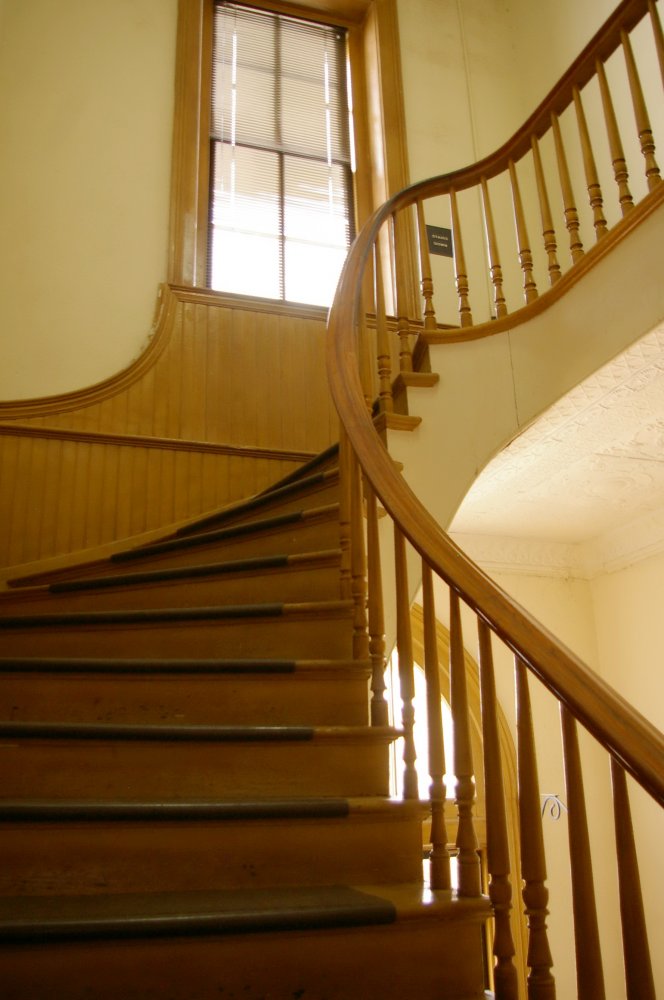 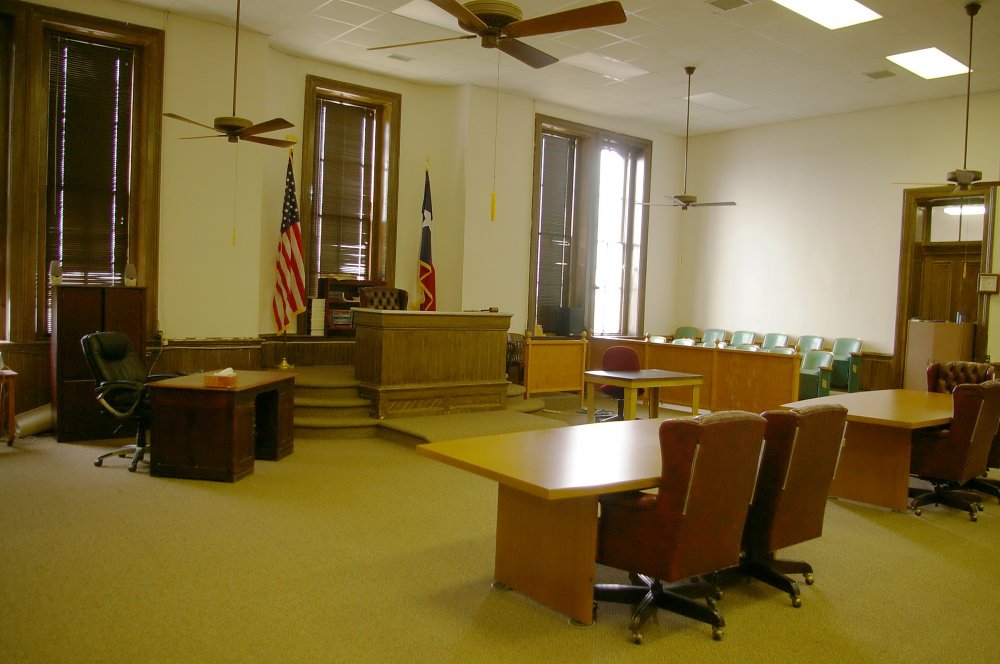 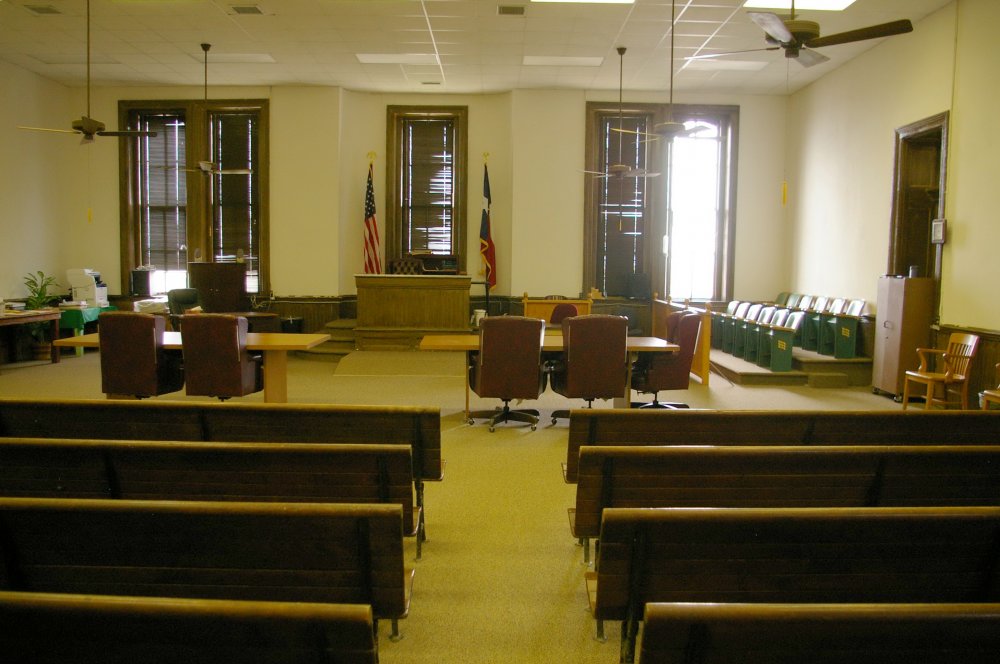 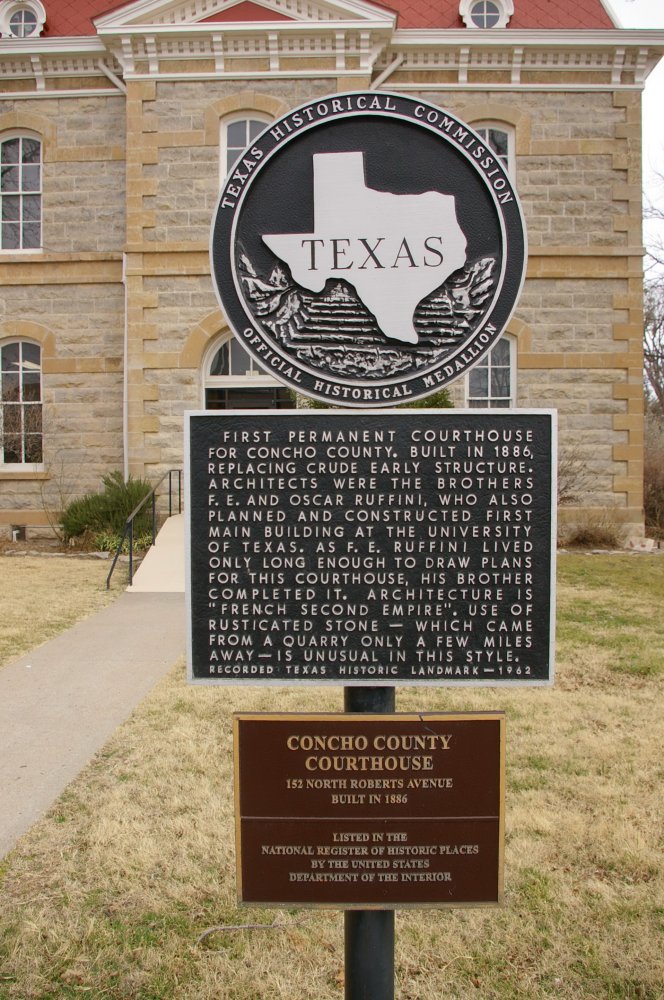