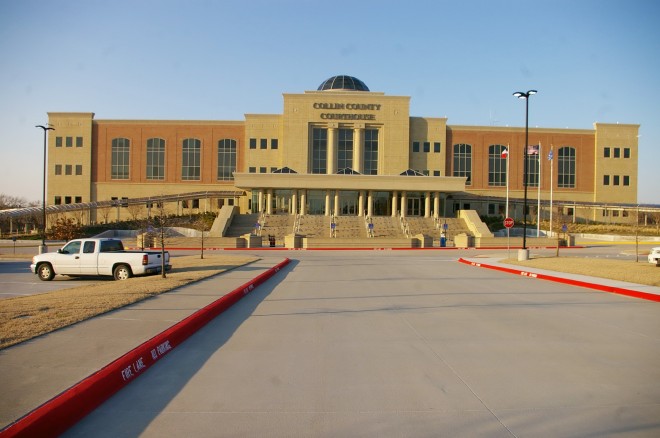 Collin County is named for Collin McKinney, who was one of the five men who drafted the Texas Declaration of Independence.

Description:  The building faces south and is a three story red and buff colored brick, glass and concrete structure. The building is located on spacious landscaped ground to the south of the center of McKinney. The south front has a high center section with two large columns rising from the second story to the top of the third story and in front is a one story glass enclosed porch with columns. On the east and west are large arched windows with red brick on the second and third stories. The corner sections project slightly and form square towers. On the center of the roof is a black colored glass dome. 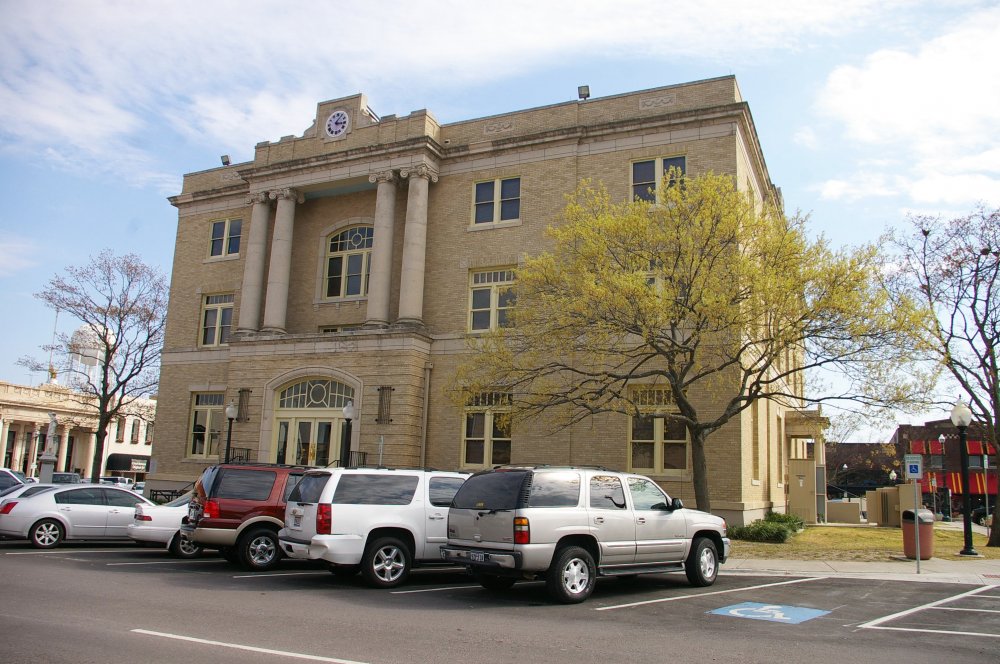 Description:  The building faces north and a three story buff colored brick structure. The building is located on the landscaped grounds of Courthouse Square in the center of McKinney. The east side has two one story porticoes with projecting sections. On the south and north sides have arched entrances on the first story and two double columns rising from the second story to the top of the third story with clock at the roof line. The roof line is flat. The building was rebuilt in 1927. The architect was Sparger & Peters and the contractor was A J Rife. 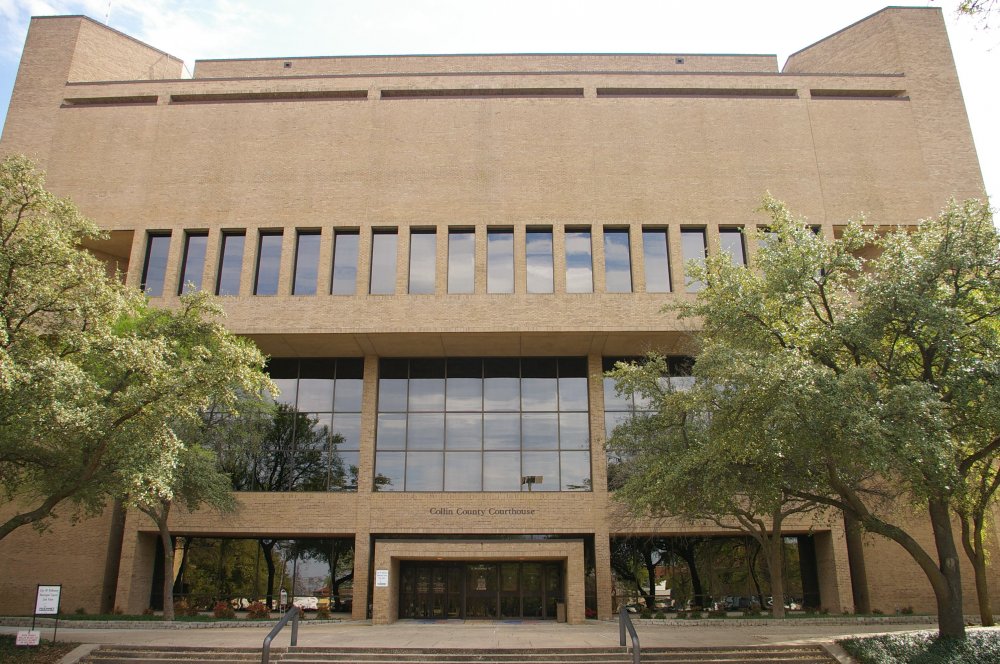 Description:  The building faced east and was a seven story buff colored brick, glass and concrete  structure. The east front had a rectangular framed entrance. The center three stories were recessed with glass walls. The next story had narrow vertical windows and the top had side projections rising above the roof line. The building served as the courthouse from 1979 to 2007 and was torn down in 2012. 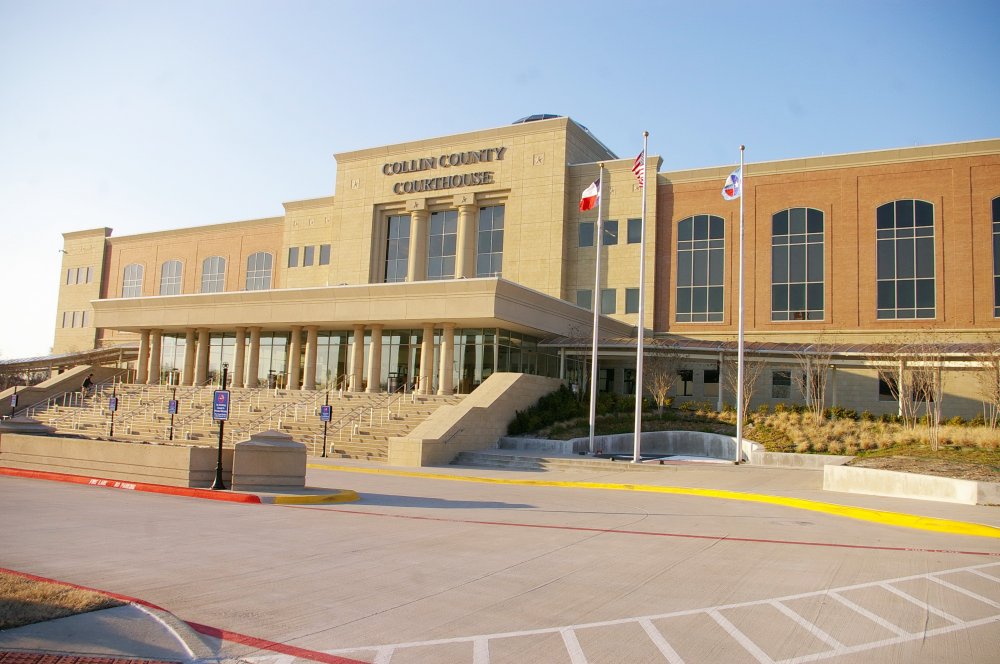 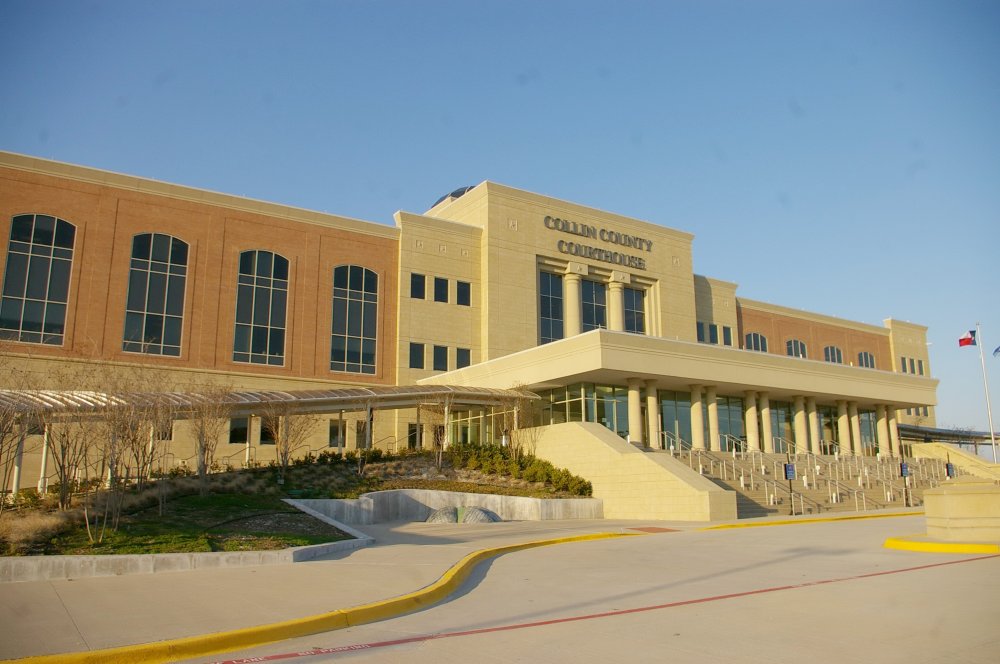 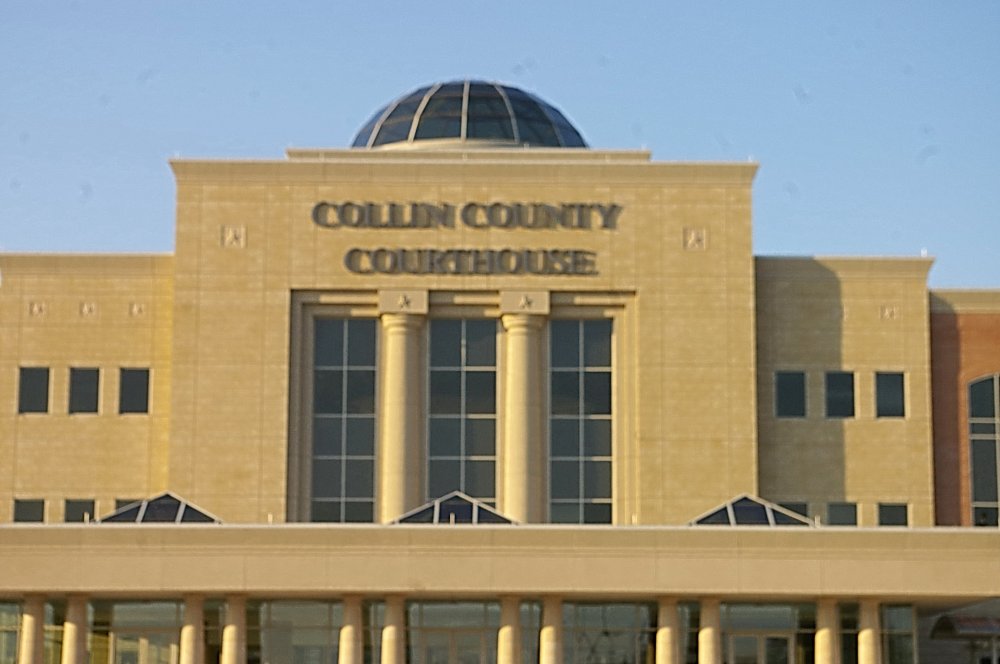 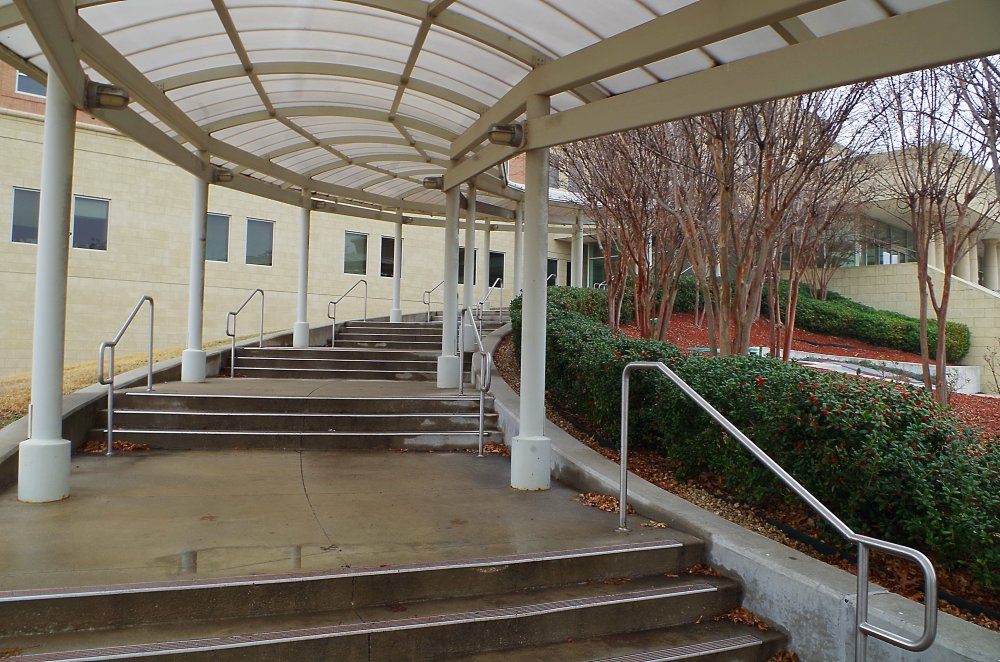 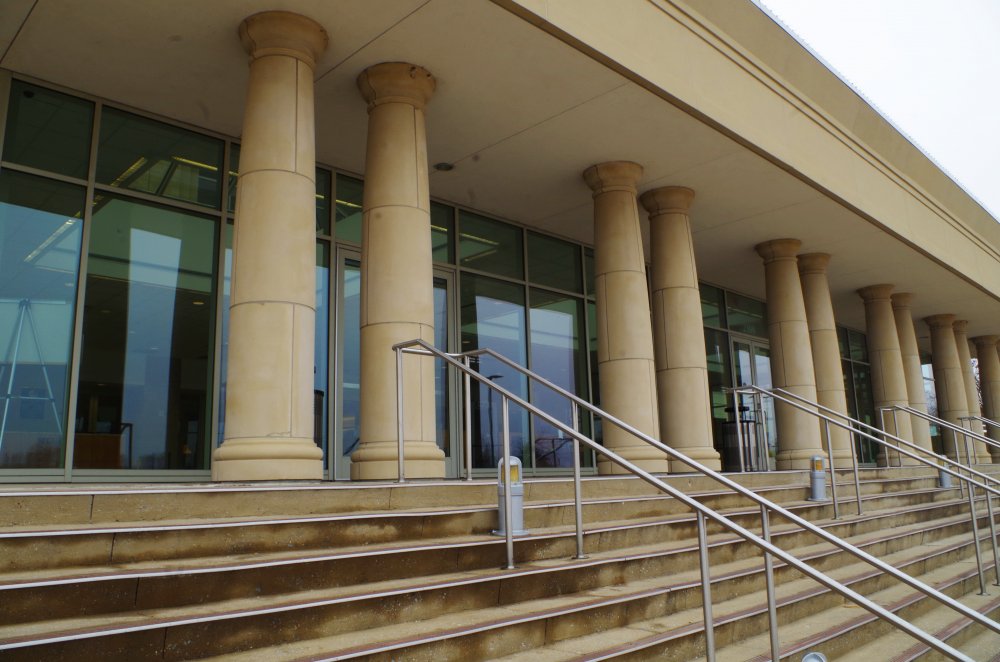 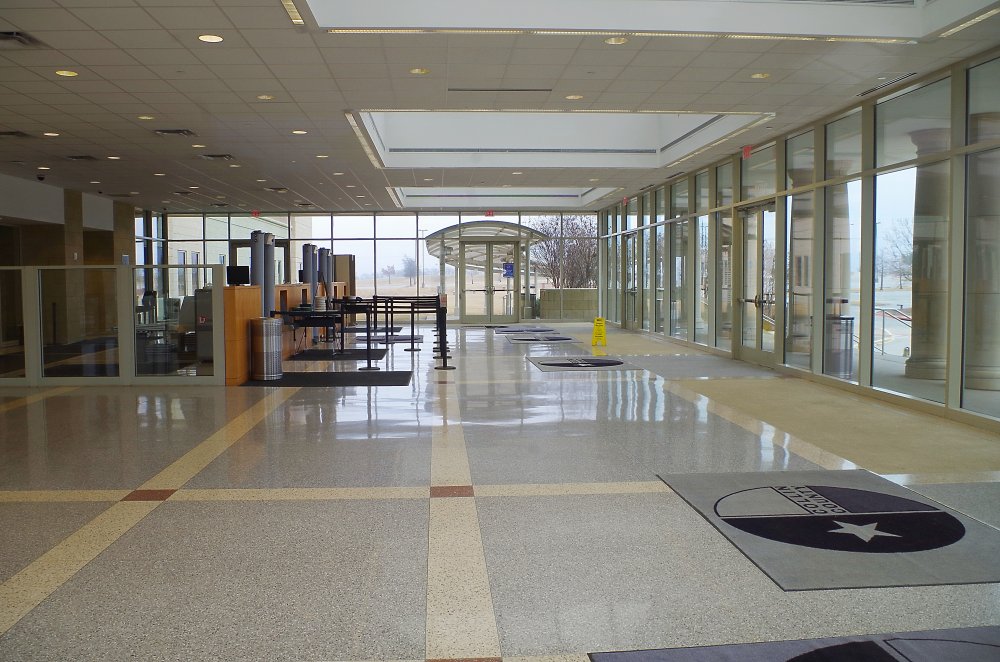 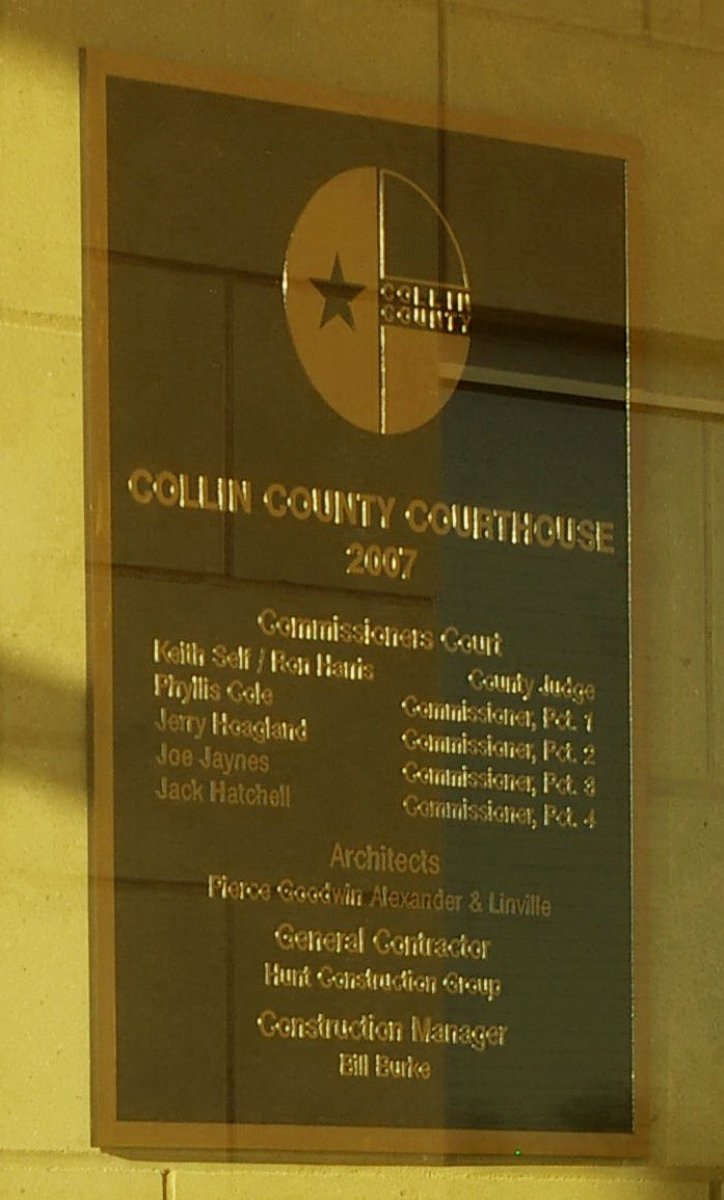 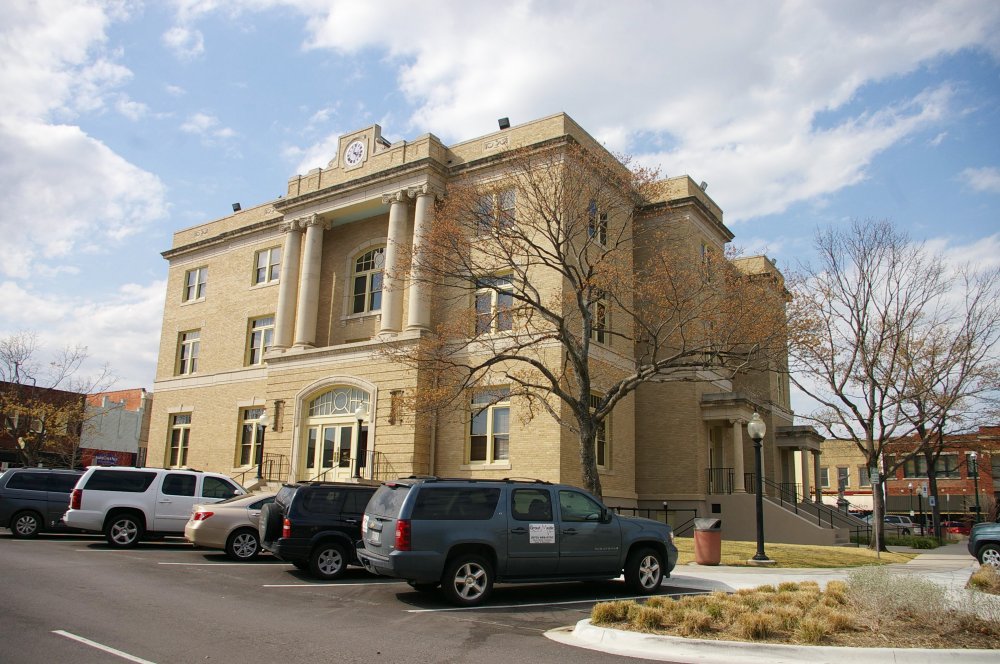 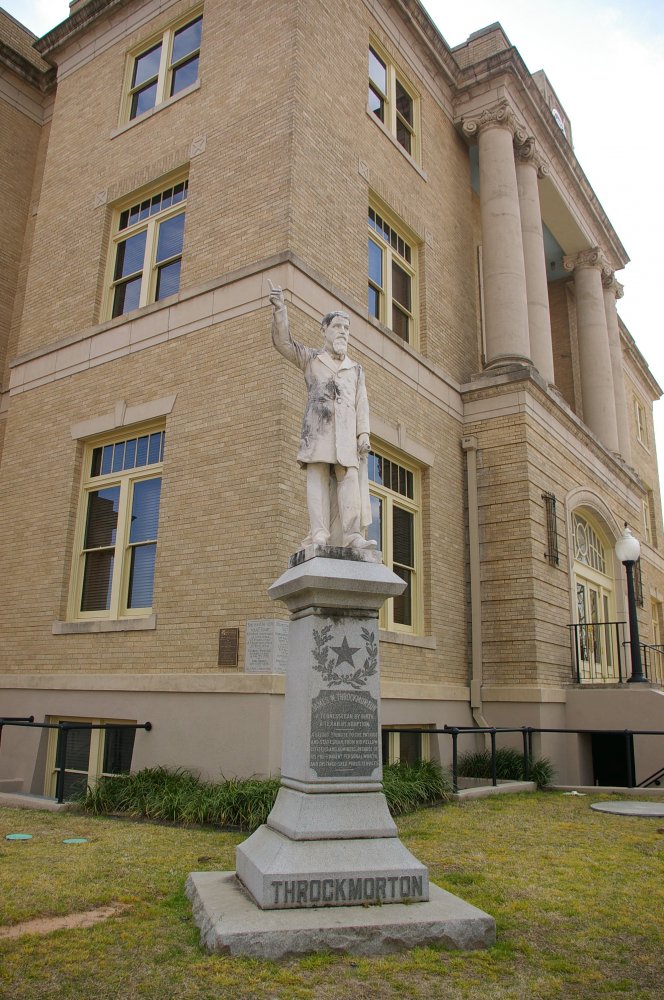 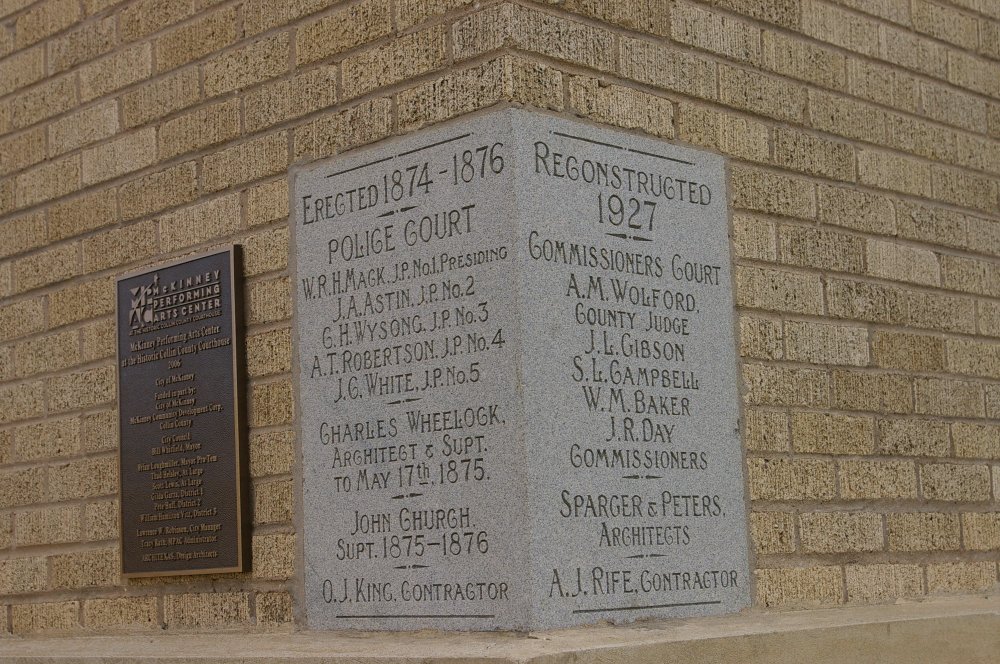