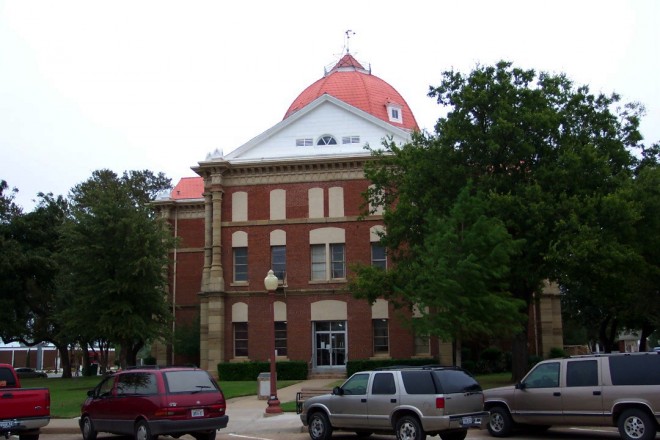 Clay County is named for Henry Clay, who was Secretary of State of the United States, a Kentucky statesman and a presidential candidate.

Description:  The building faces west and is a three story brown-red colored brick and sandstone structure. The building is located on landscaped grounds in the center of Henrietta. The building is designed in the form of a Greek cross. The wide wings extend east and west and the narrow wings extend north and south. Stone trim is along the corners with sandstone columns resting on tall pedestals. In the center of the building is a large red colored roof dome. In the interior there is wood paneling. The courtroom is located on the second story. The building houses the State District Court and Constitutional County Court. In 1891, an addition of a fireproof record room was constructed. The building was remodeled in 1911 when the dome replaced the original clock tower. Gabled roofs were also added to each wing.

Description:  The building faces west and is a one and two story wood frame, flag stone and concrete structure. The building is located on landscaped grounds in the center of Henrietta on the north side of the courthouse. The building is a long rectangular shape with a short two story raised section at the center with entrance on the first story and large window on the second story. The roof is hipped. There is one courtroom. The building houses the County Justice Court. 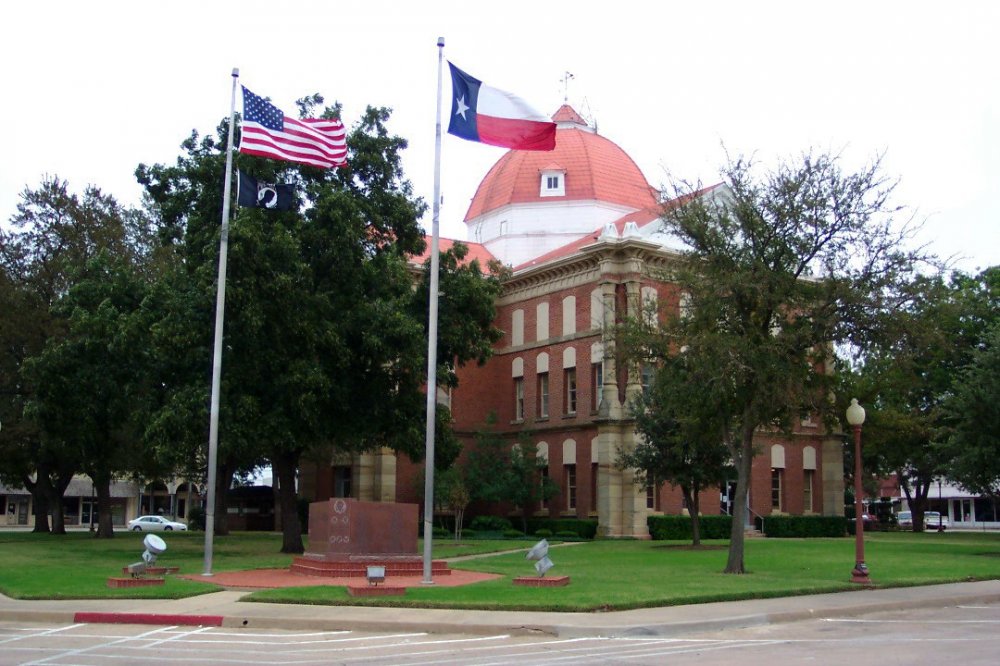 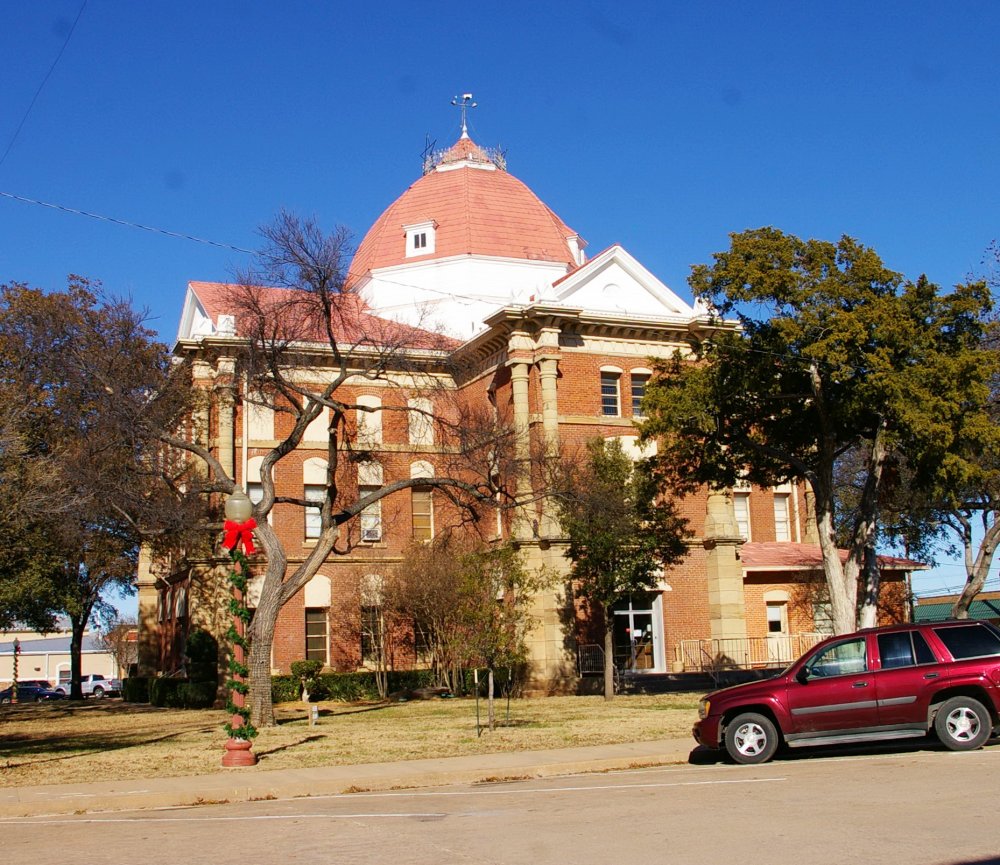 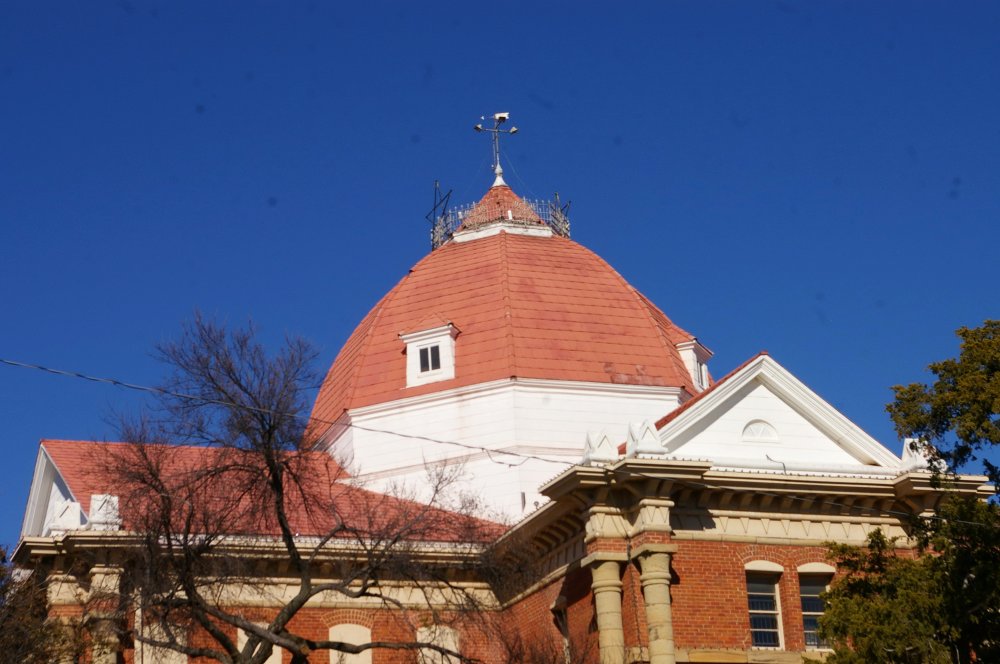 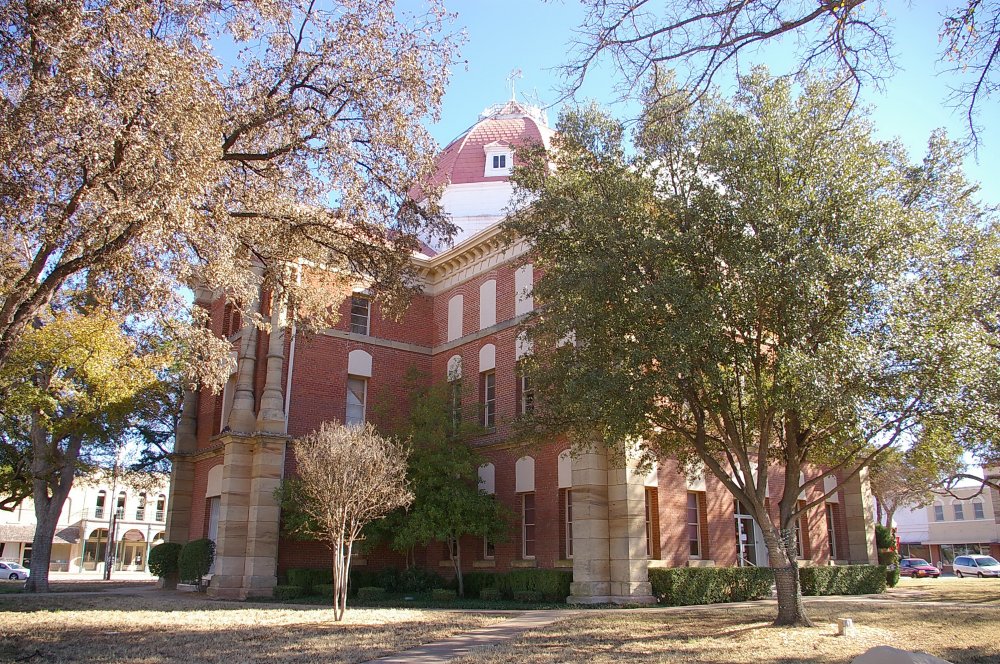 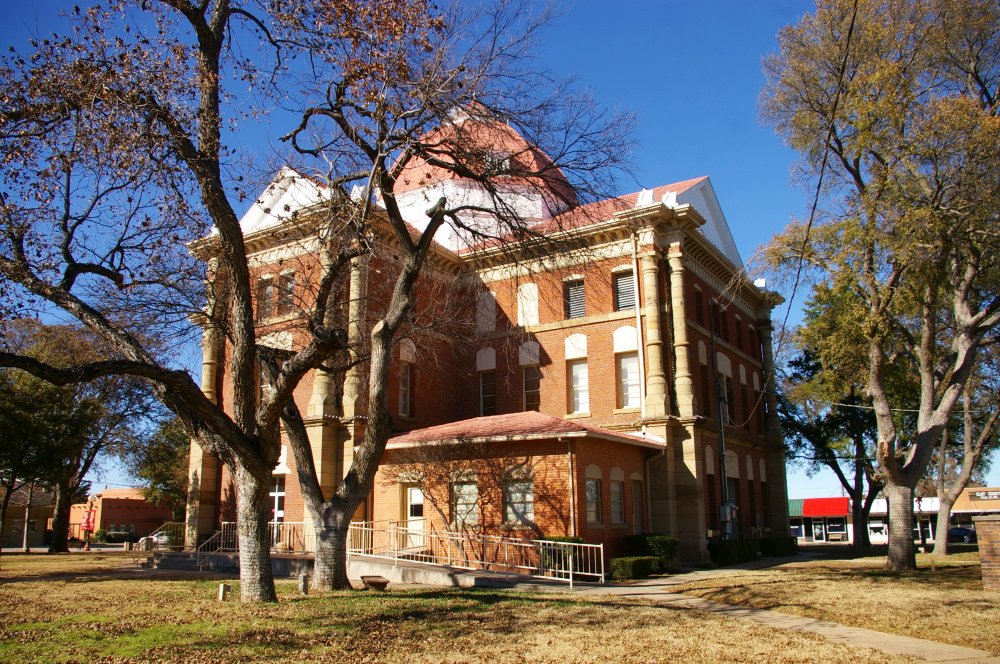 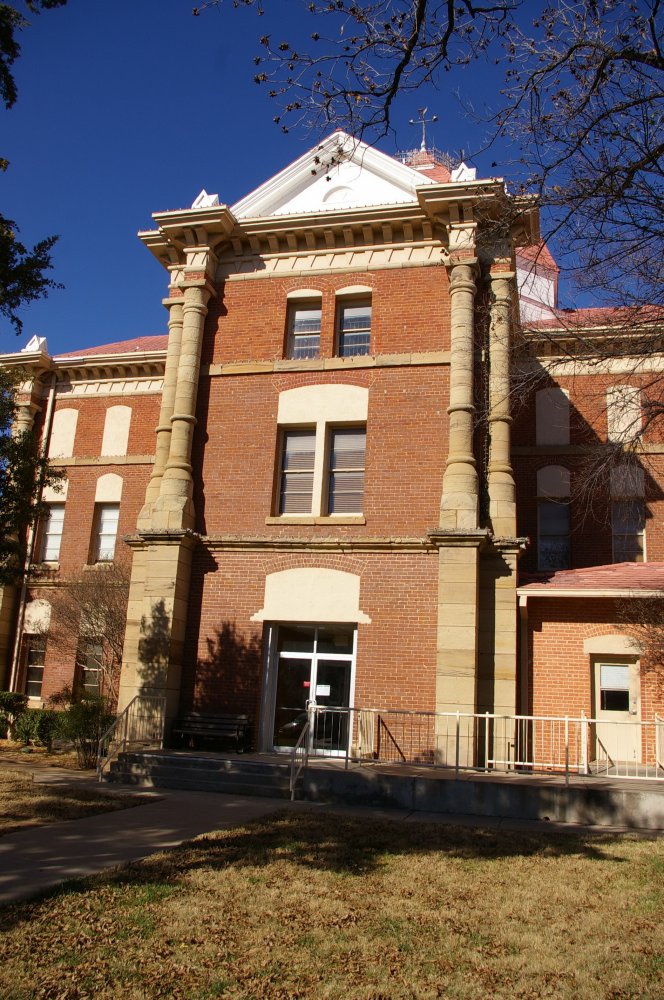 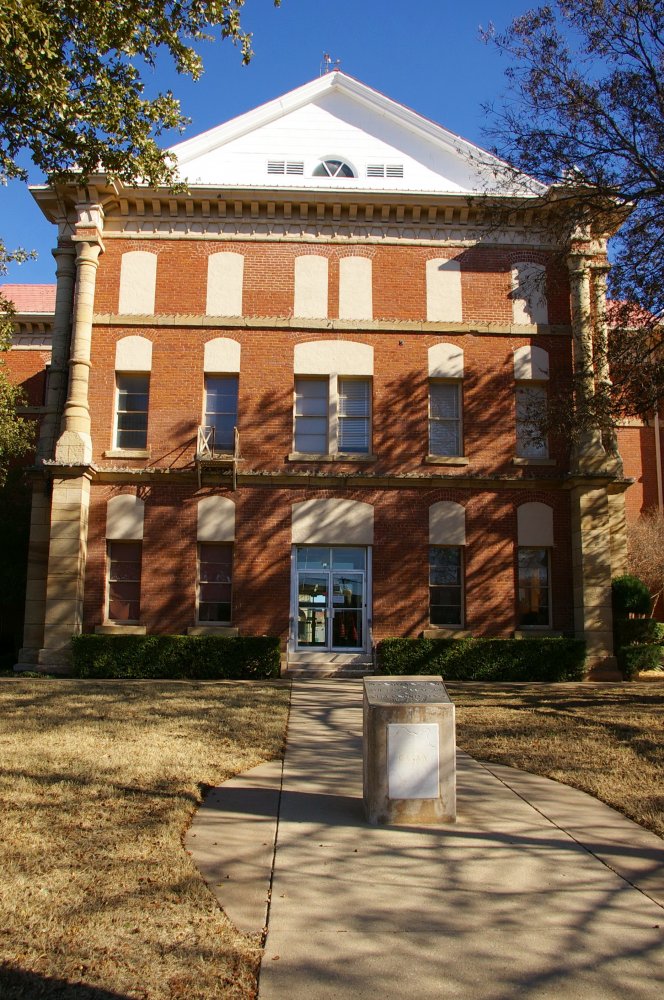 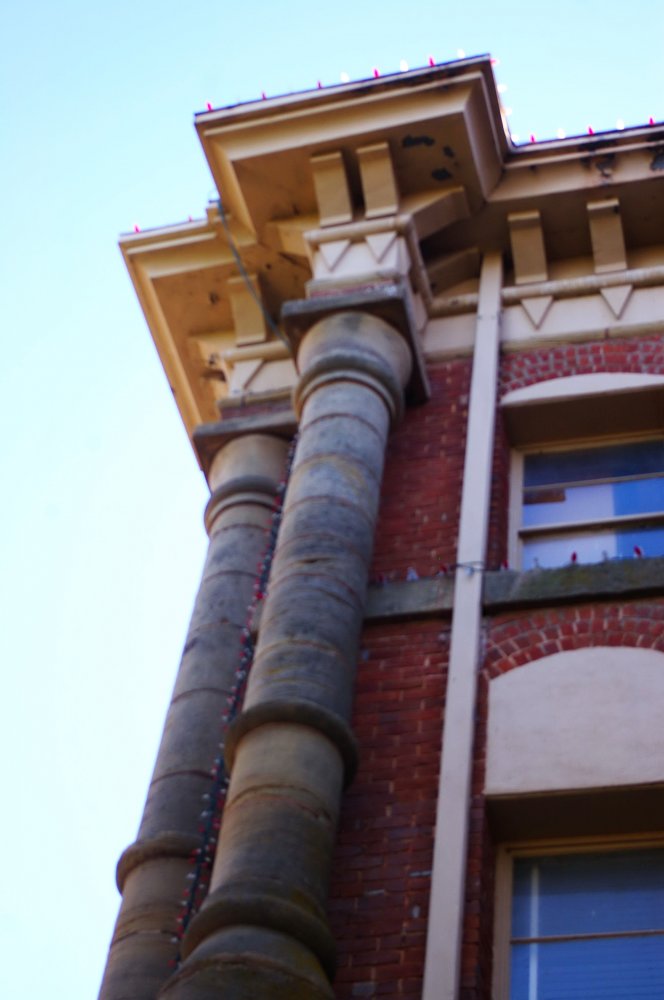 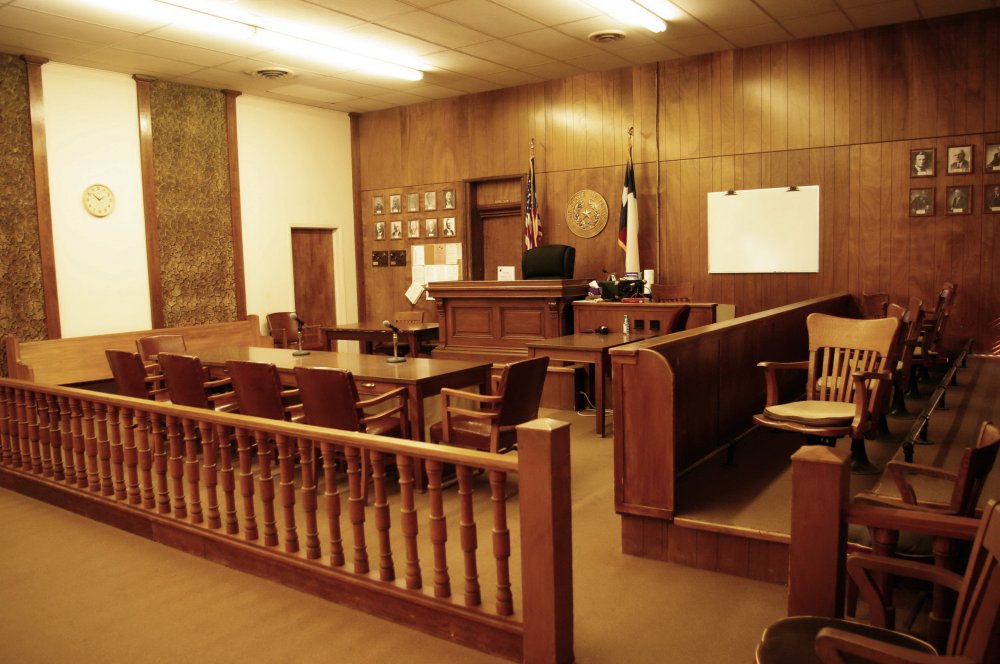