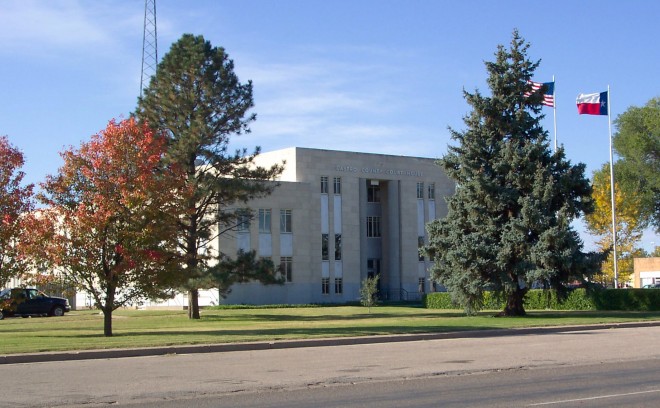 Castro County is named for Henri Castro, who was the French consul general of the Republic of Texas and the founder of a colony in Texas.

Description:  The building faces north and is a three story white colored sandstone and concrete structure. The building is located on landscaped grounds in the center of Dimmit. The center section is higher than the east and west wings. The entrance is recessed with a high square arch. The windows are narrow and vertical and the roof line is flat. In the interior, the main courtroom is located in the center of the second story. The Commissioners Court is located at the southeast side of the first story. The building houses the State District Court, Constitutional County Court and County Justice Court. The construction was a Works Progress Administration project. An addition was constructed in 1971. The architect was Laverne H Kirby and the contractor was H R Bundock, Inc.

History:  The county was created in 1876 and Dimmitt was selected as the county seat in 1891 when the county was organized. The first court met in the office of J N Morrison. The first courthouse was a two story brick structure built in 1892 and which burned in 1906. The second courthouse was also a two story brick structure built by D P Kaufman in 1906. The building was demolished in 1939 to make way for the third and present courthouse constructed in 1939 to 1940 at a cost of $90,000. 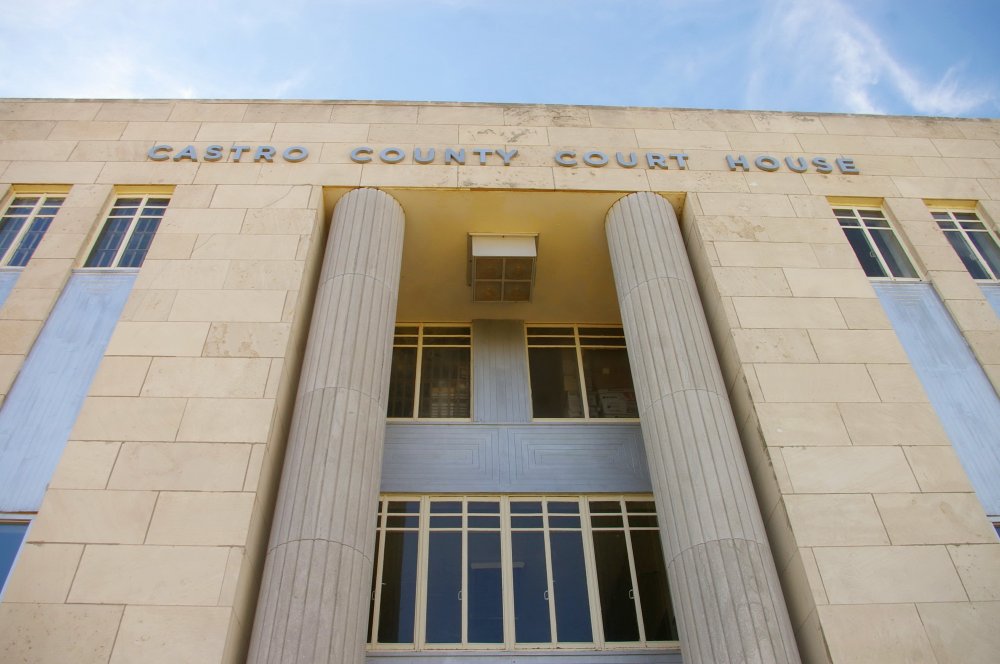 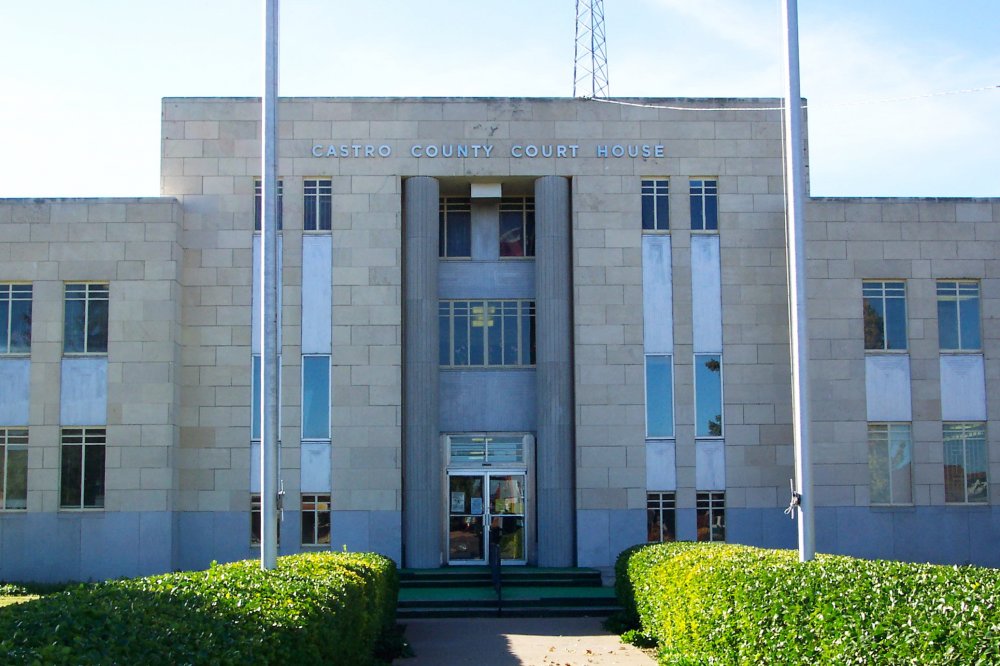 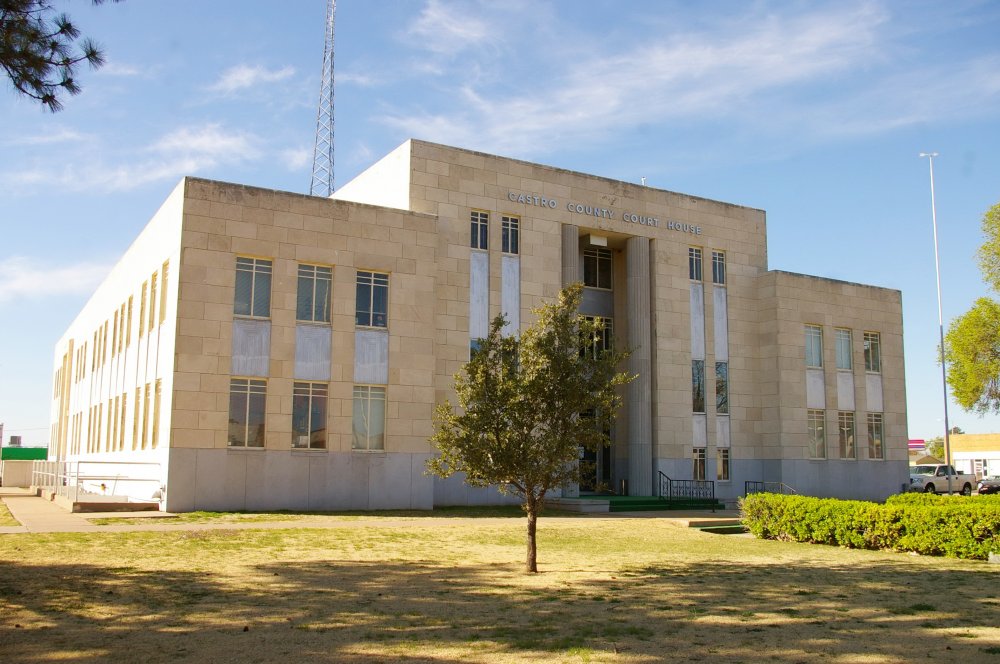 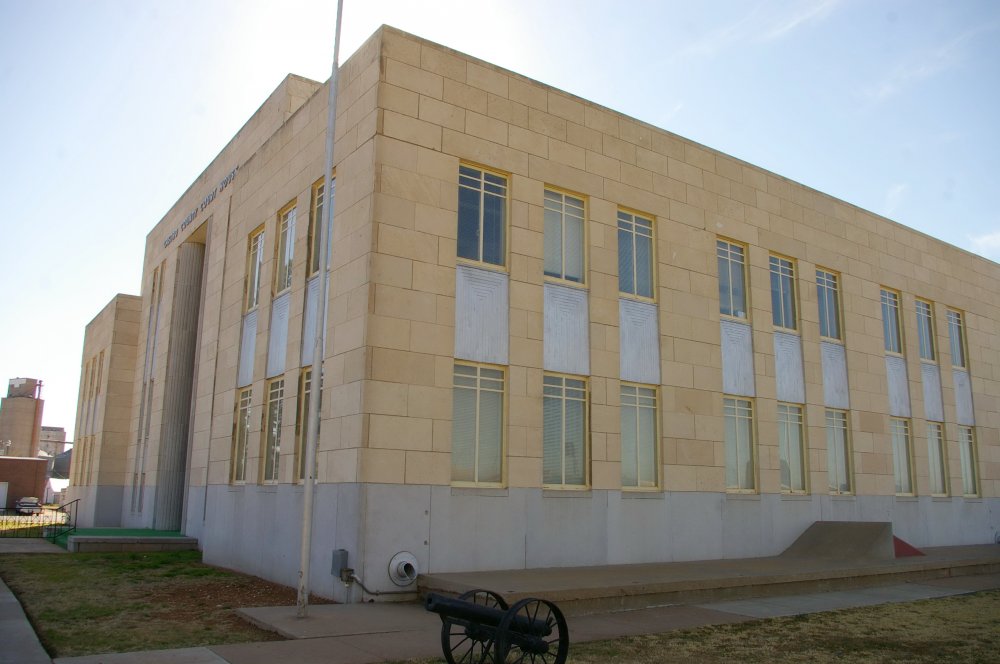 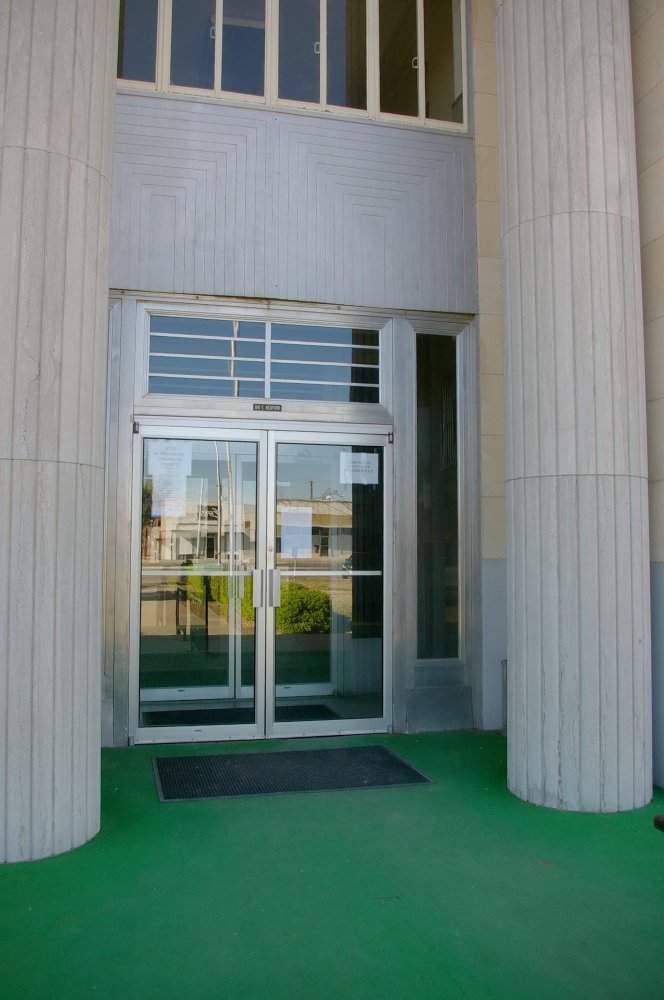 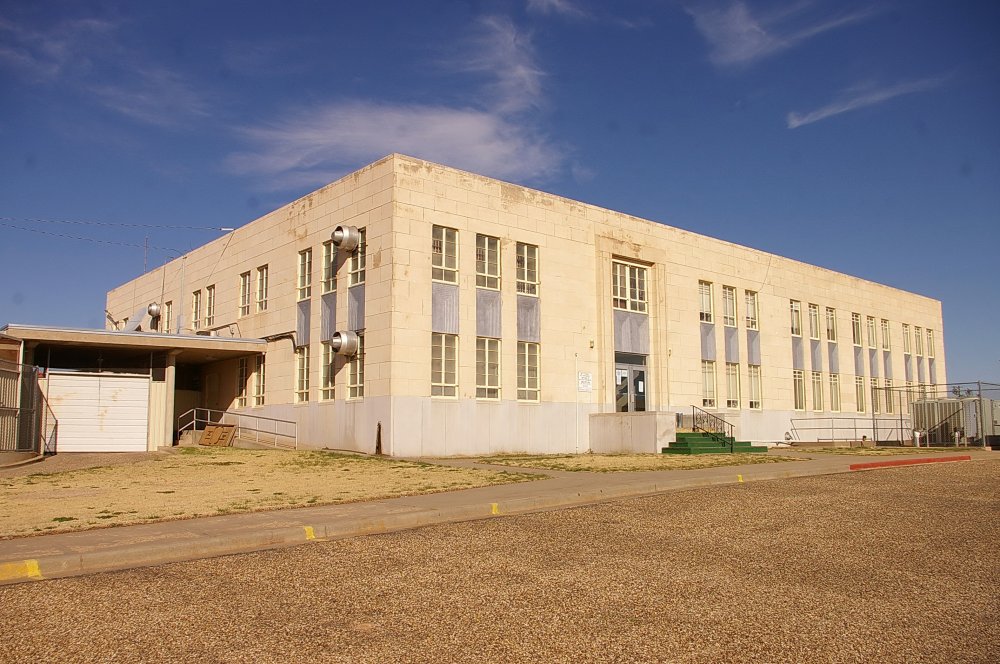 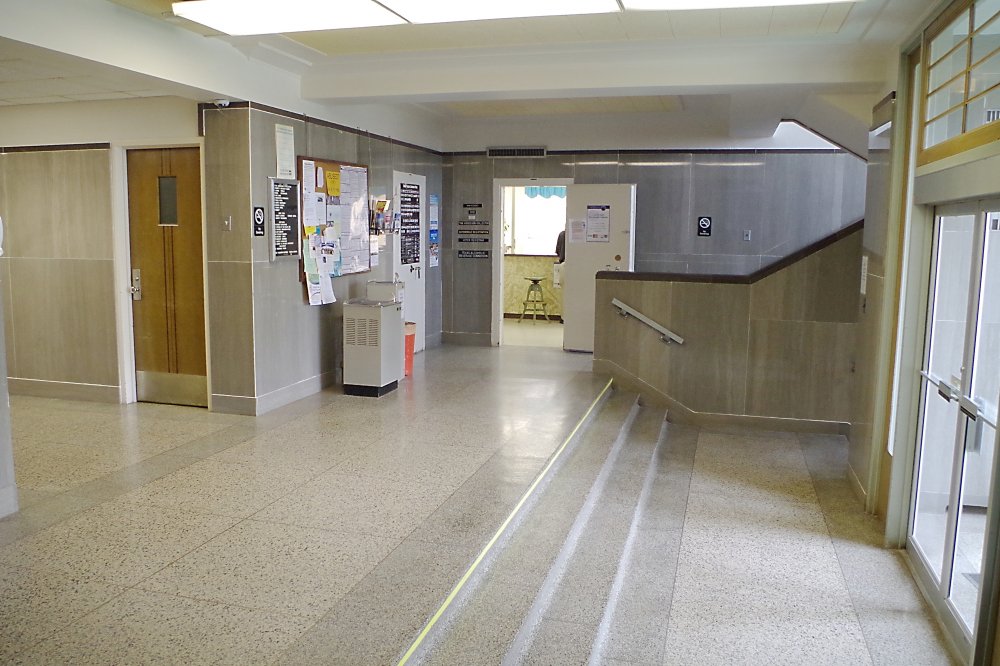 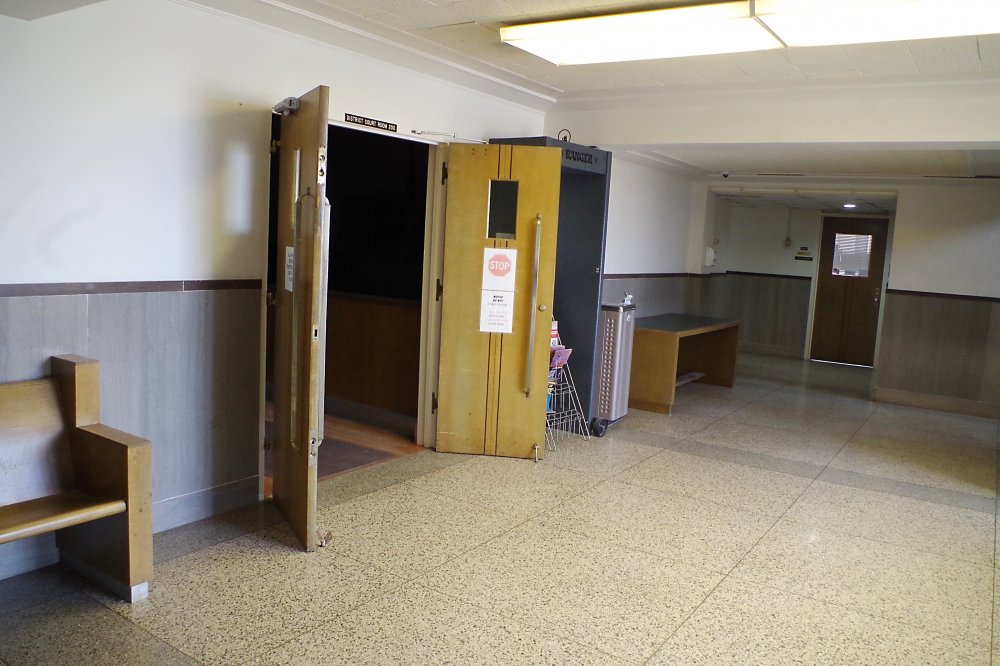 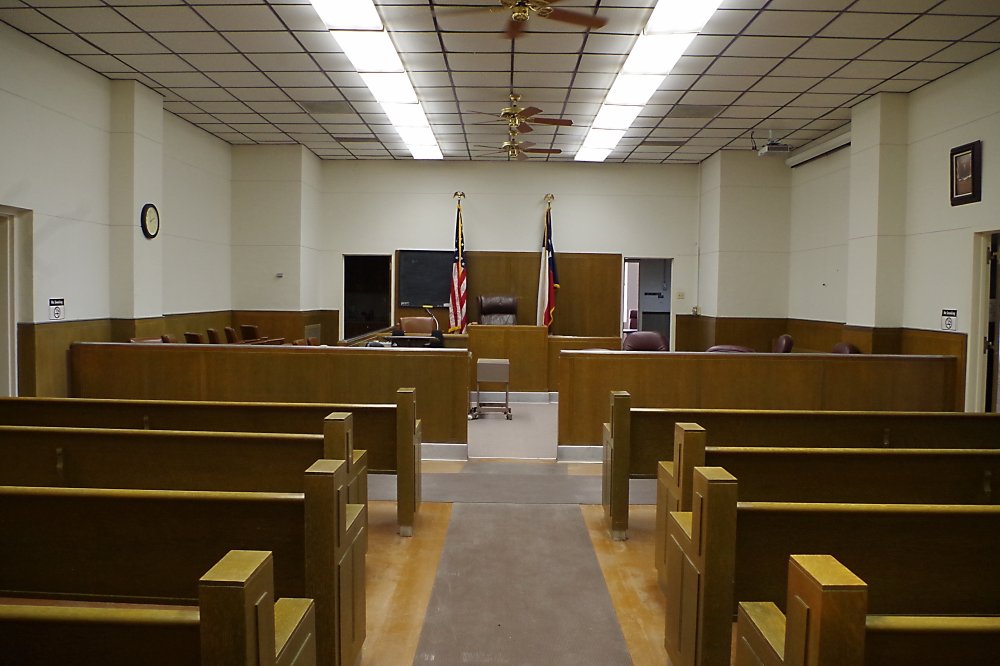 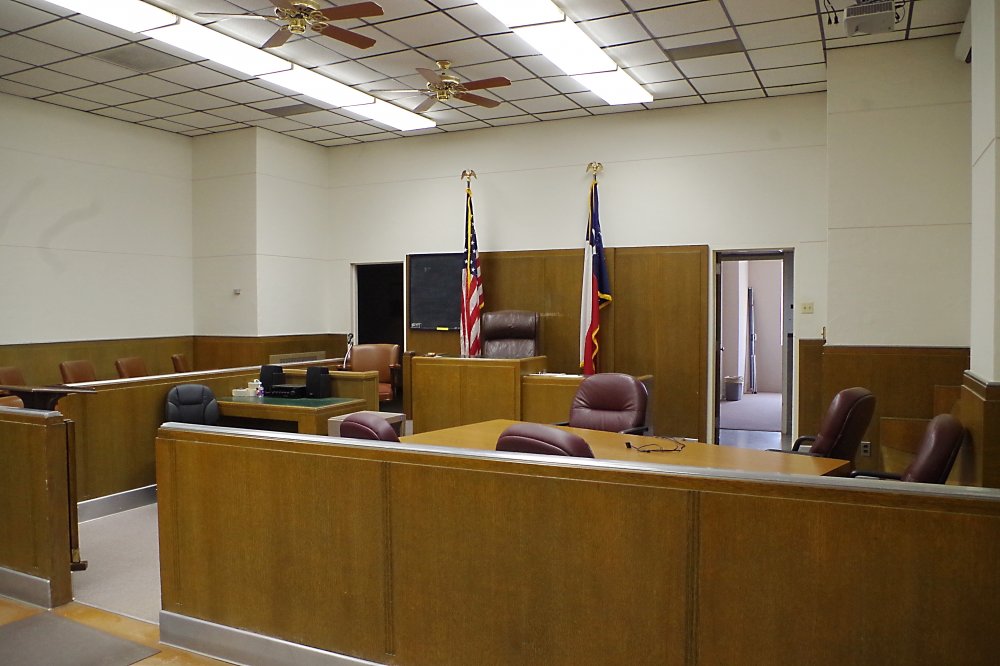 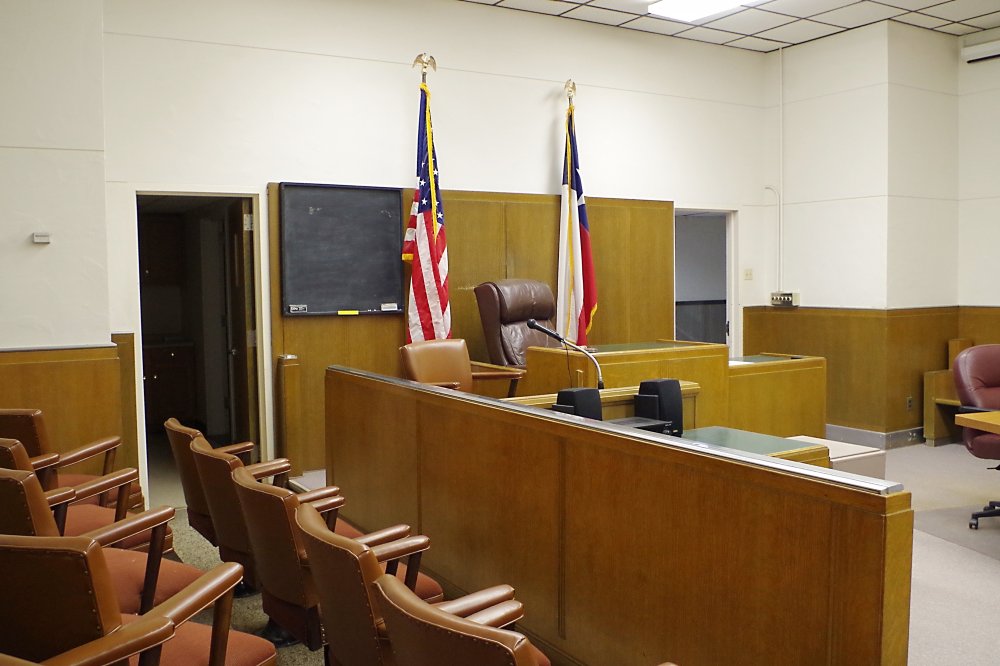 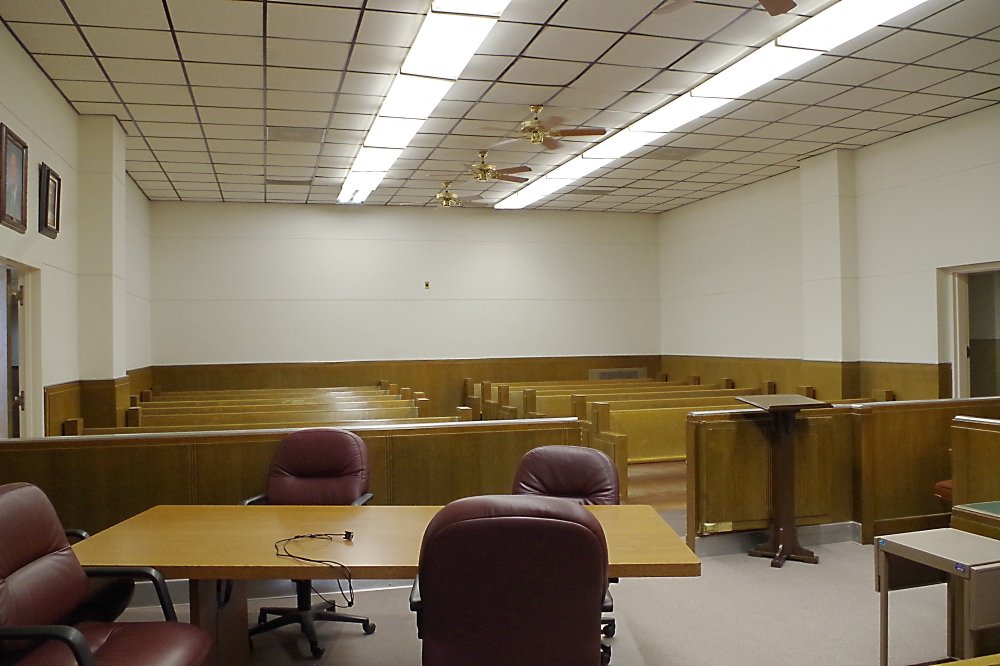 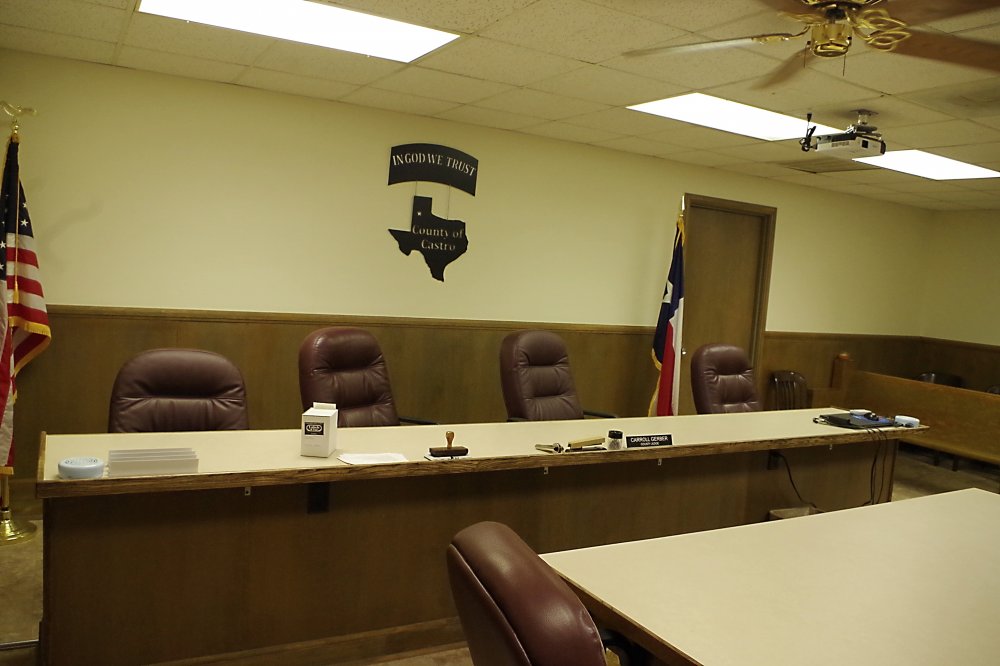