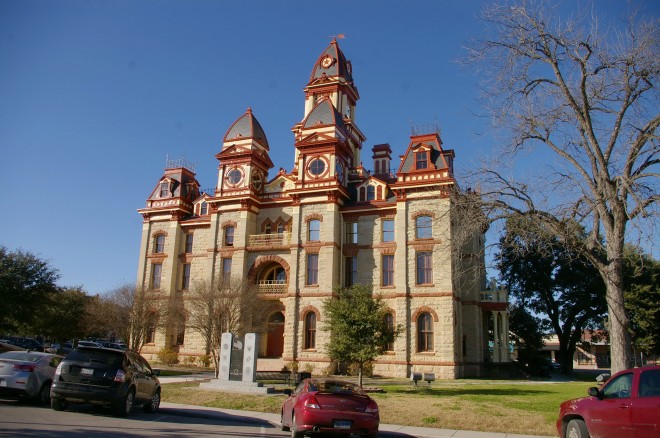 Caldwell County is named for Mathew Coldwell, who was a signer of the Texas Declaration of Independence and a soldier during the Texas Revolution. 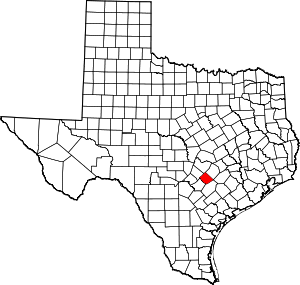 Description:  The building faces north and is a three story Muldoon Blue sandstone structure. The building is located on landscaped grounds in the center of Lockhart. The north front has a recessed arched entrance on the first story with semi-circular window on the second story and balcony on the third story. On either side of the entrance are Square towers with steep roofs rising above the roof line. On each corner of the building is a square tower with mansard roof. The building is trimmed with Pecos red colored sandstone. On the center of the roof is a high square clock tower with clock and steep roof at the top. In the interior, the former courtroom on the second story has a balcony extending into the third story. The building was restored in 1999 to 2000. The architect was Ford, Powell & Carson, Inc., the contractor was American Restoration, Inc. and the project manager was Herndon Stauch & Associates Inc.

Description:  The building faces east and is a one story red colored brick and concrete structure. The rectangular shaped building is located on landscaped grounds to the south of the center of Lockhart. The building, a former Wal Mart store was remodeled for use as the County Justice Center in 2014. The east front has a central raised entrance with four vertical pilasters and horizontal windows at the top. The roof line is flat. The building houses the State District Court, Constitutional County Court and County Court at Law. 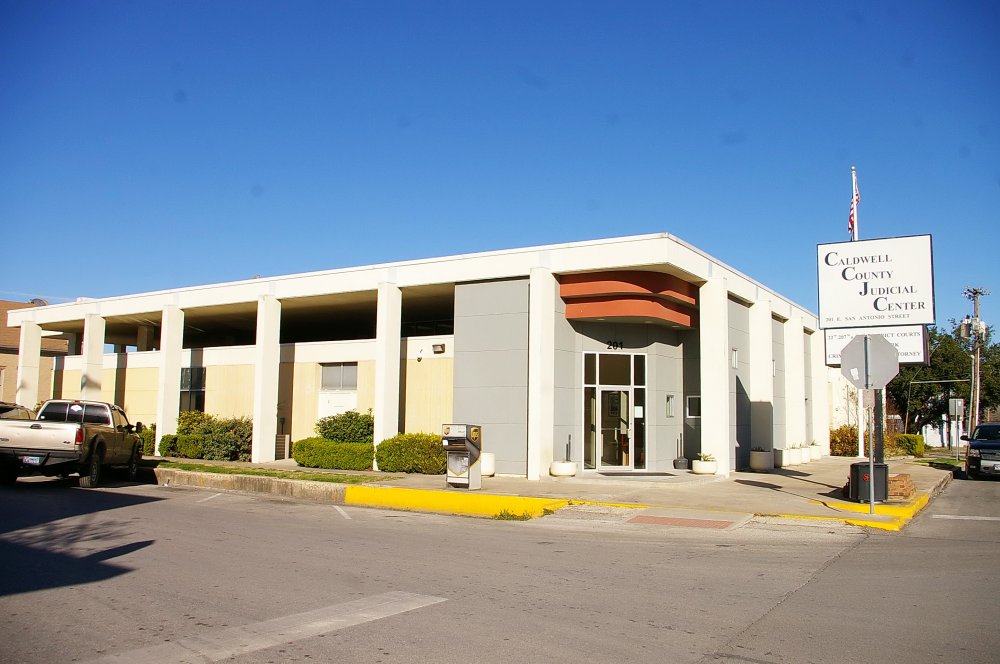 Description:  The building faces southwest and is a one story concrete structure. The building is located in the center of Lockhart. The southwest entrance has a projecting red colored overhang. Along the south and west sides are vertical pillars. The roof line is flat. The building was a former savings and loan company. The building ceased to be the County Justice Center in 2014. 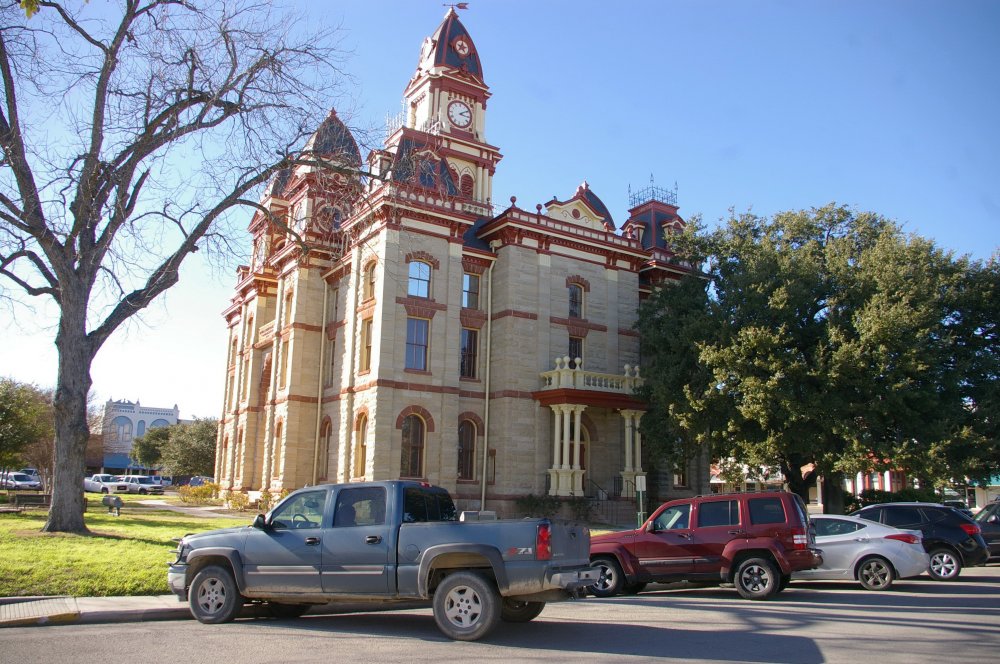 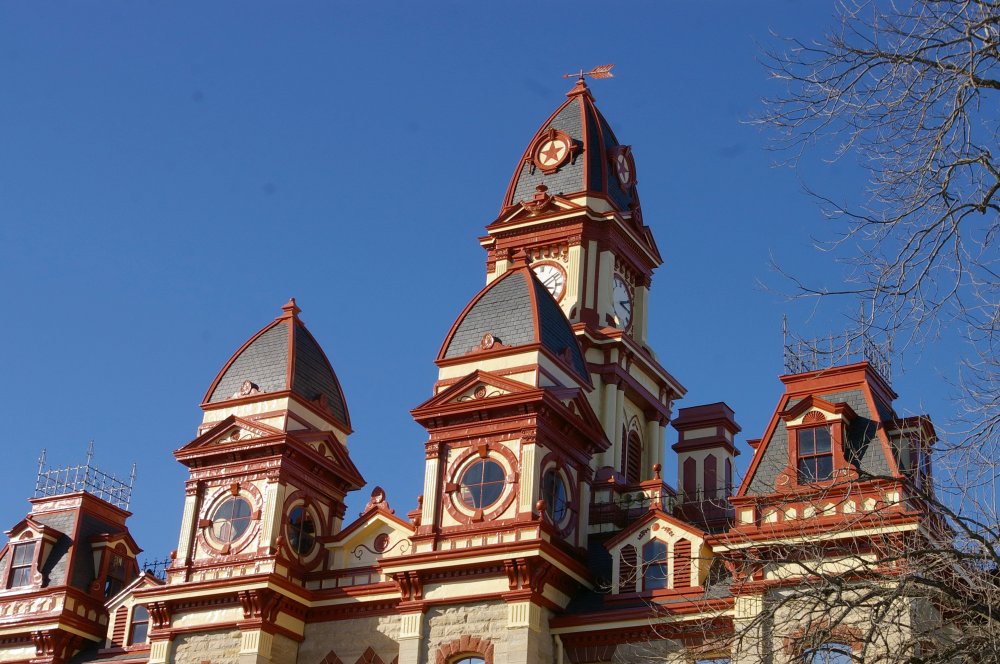 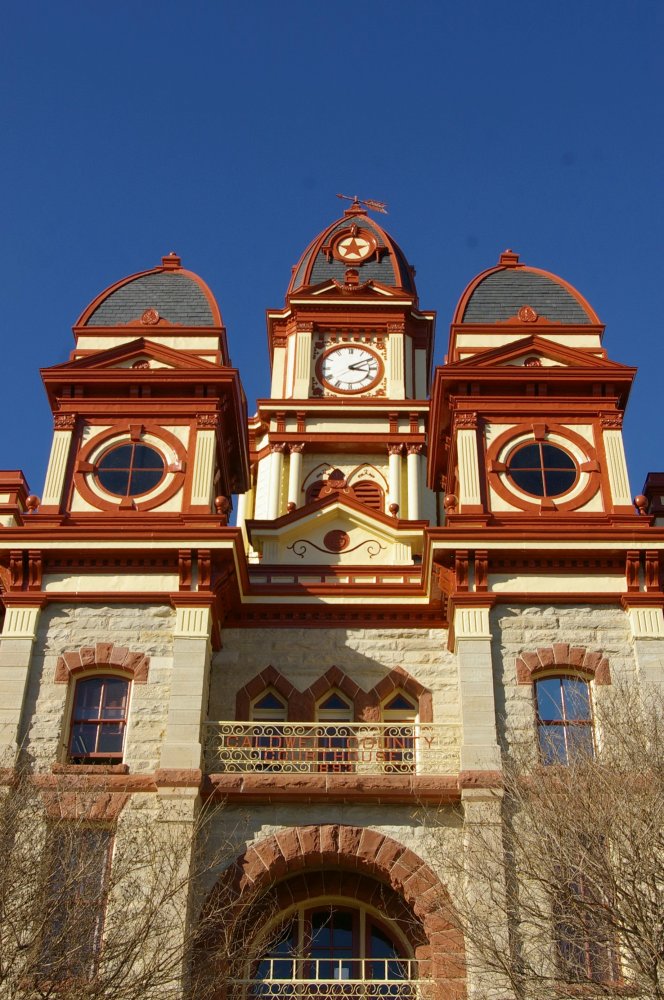 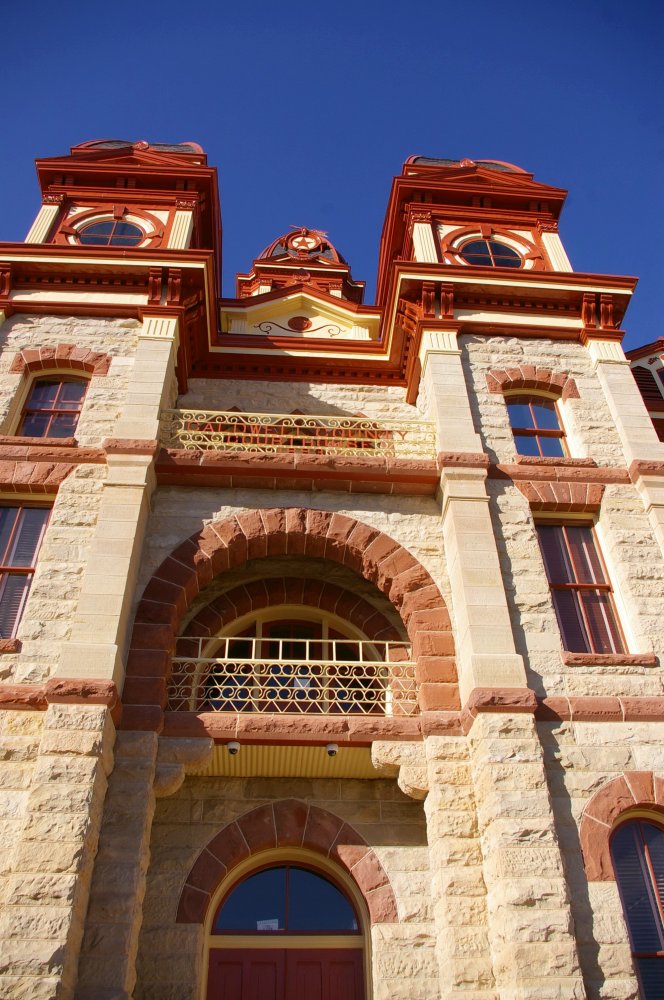 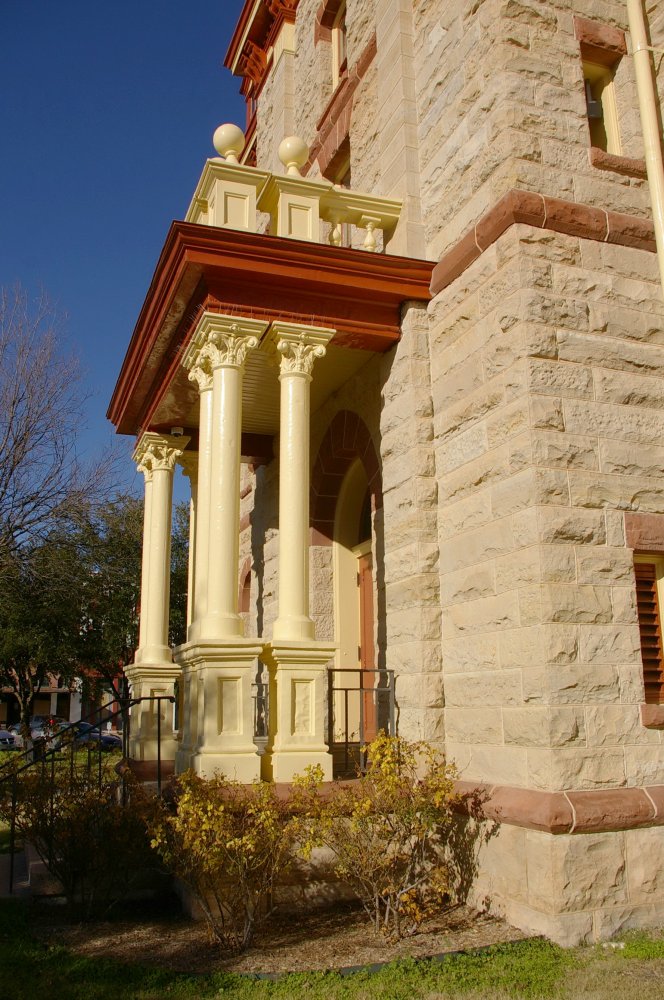 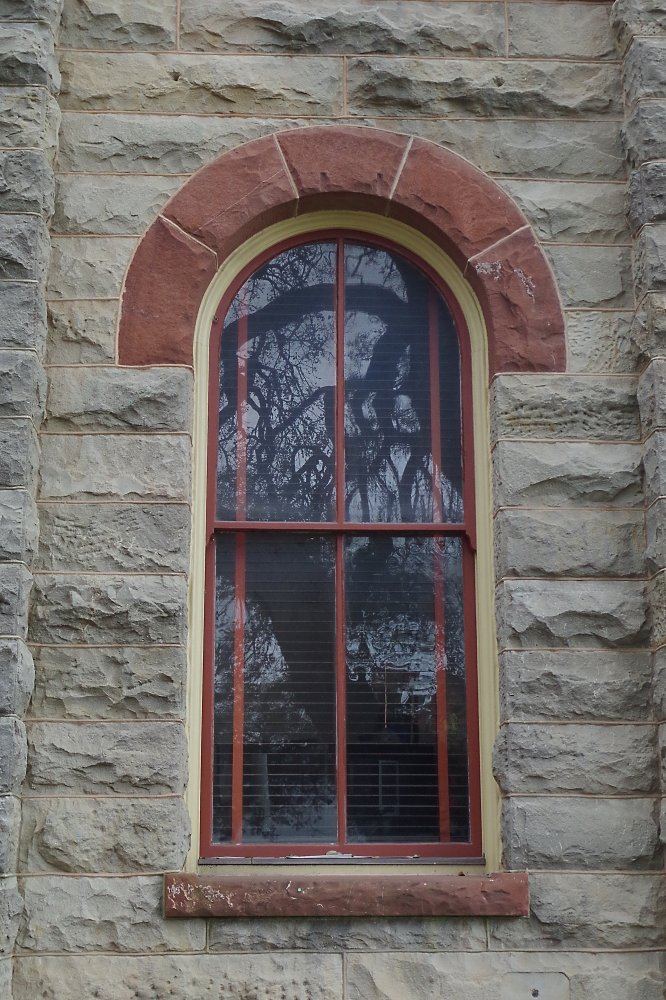 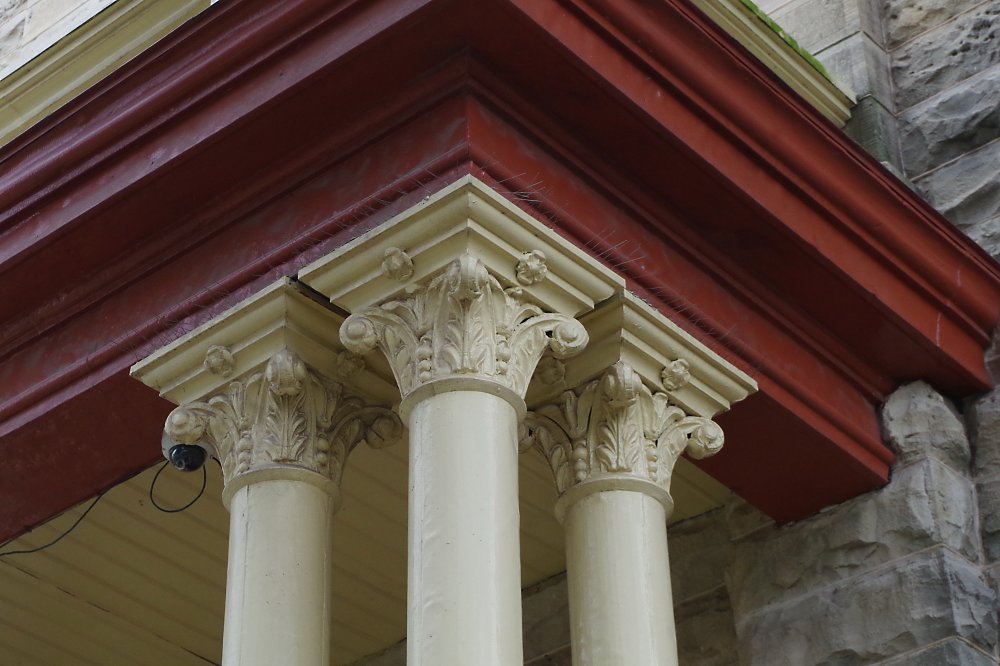 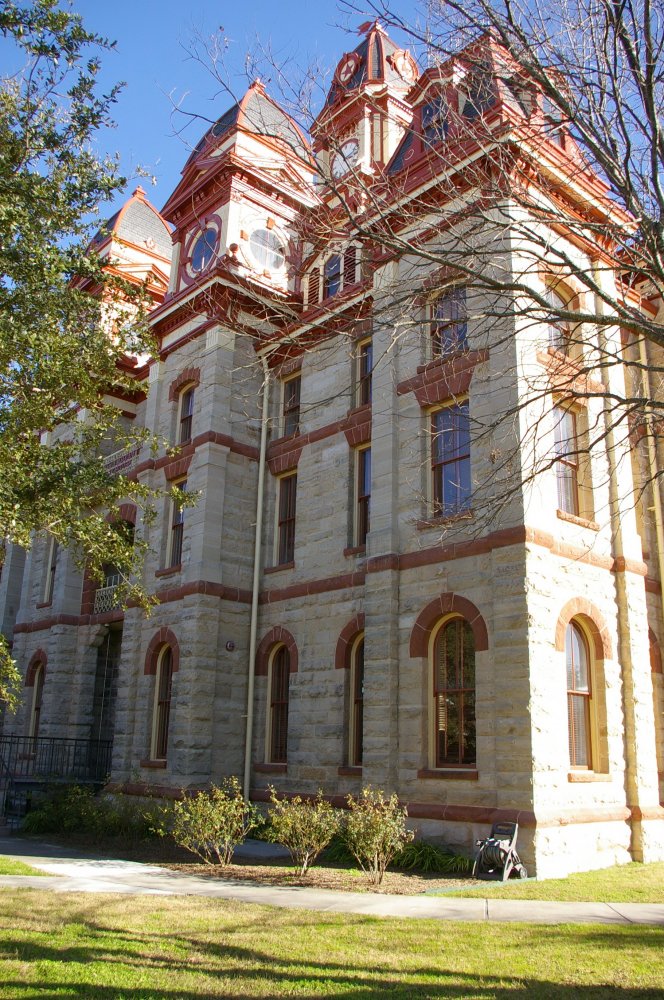 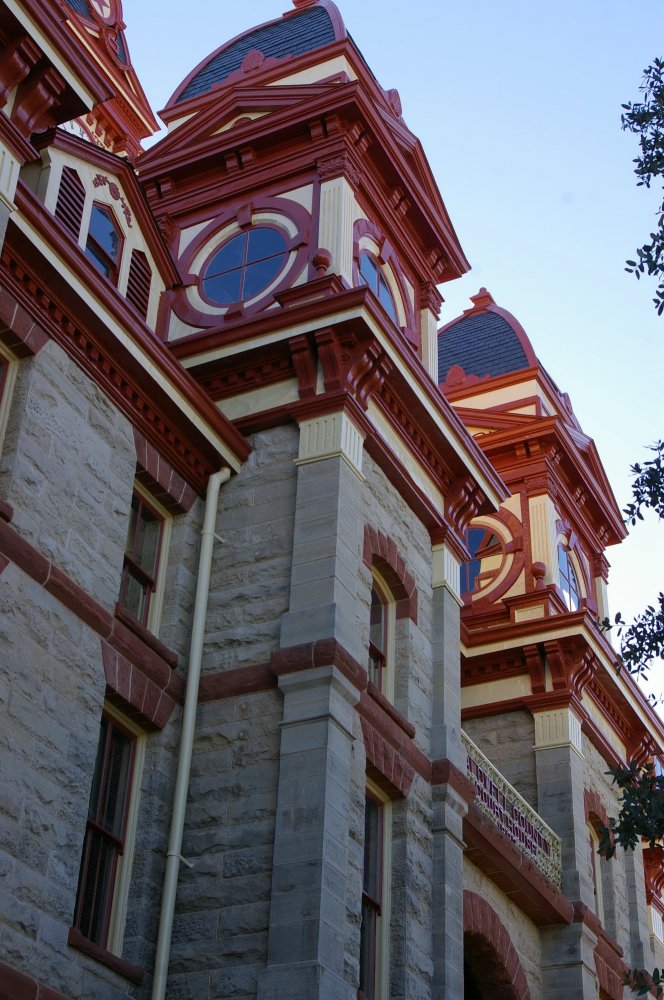 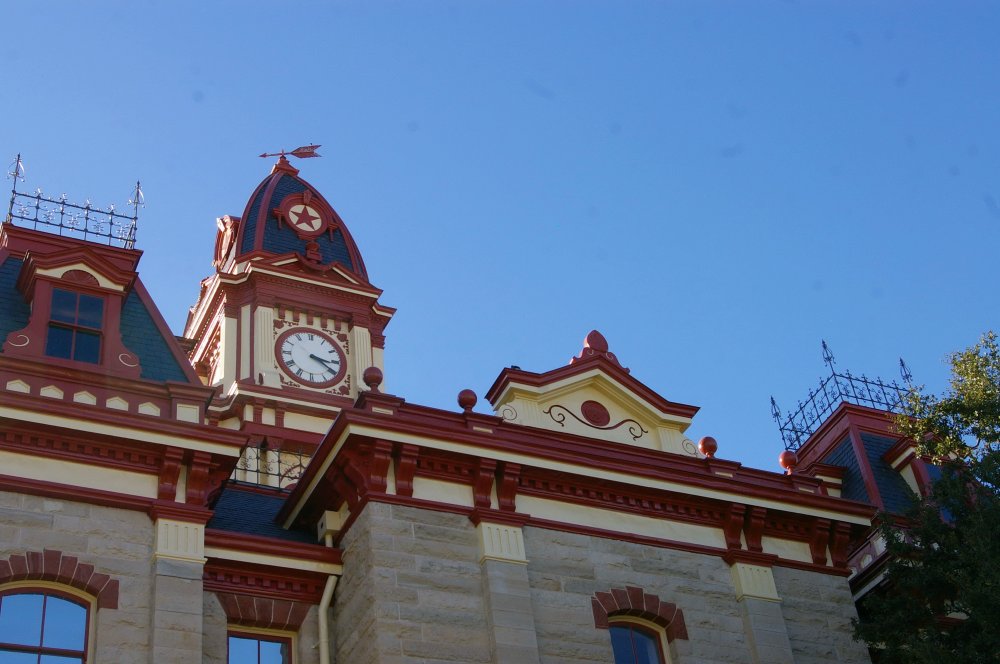 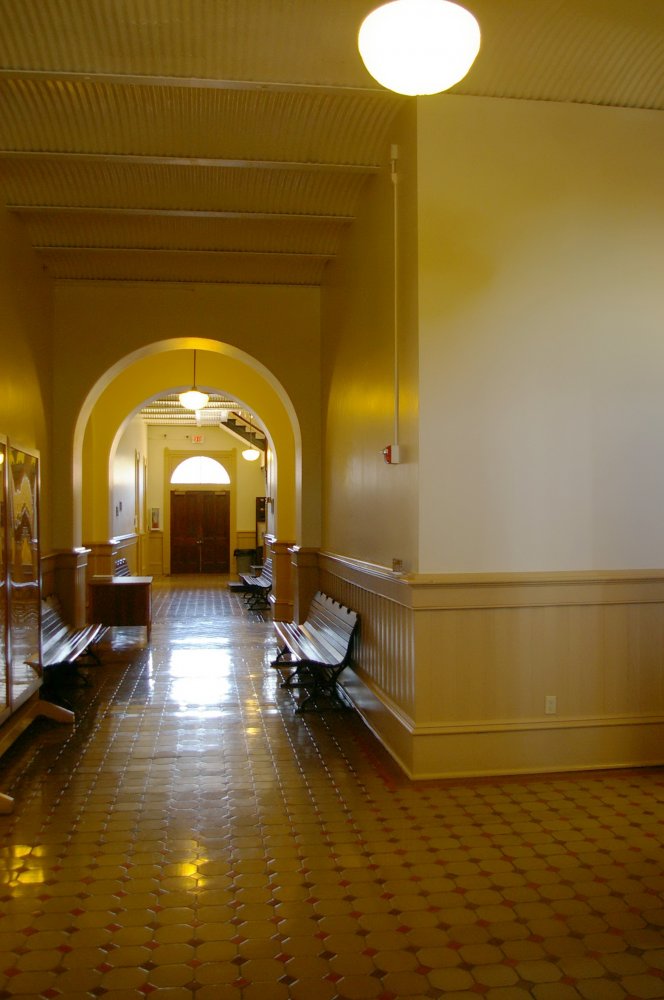